May 28 – Errington and Coombs

Just a very short post with some lousy pictures just to record what we did.

There was a steady rain all night and today. I used our small waterproof camera and it was just not up to the task of a very bright sky and dull foreground.

We did a few nearby touristy things that I had on my list but weren’t affected much by the weather.

The Errington Farmer’s Market was written up in a bunch of brochures and even had its own pamphlet at the visitor’s center. 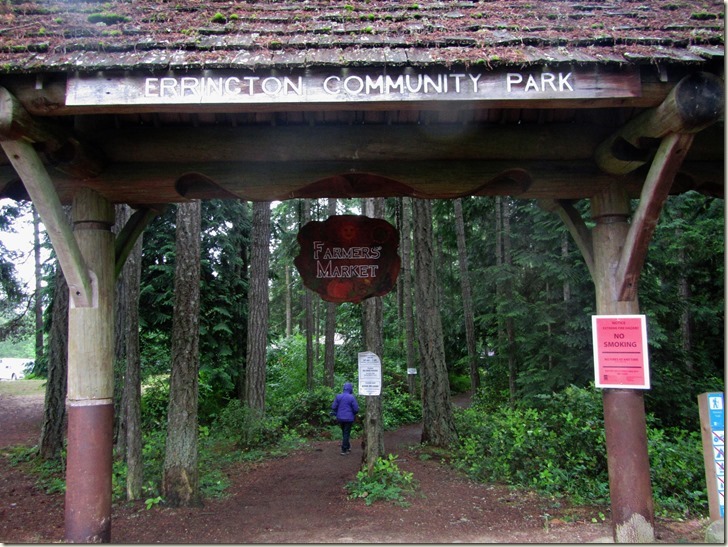 When we got there, there were a lot of cars parked or trying to park but the market itself was tiny. Maybe 12 booths. 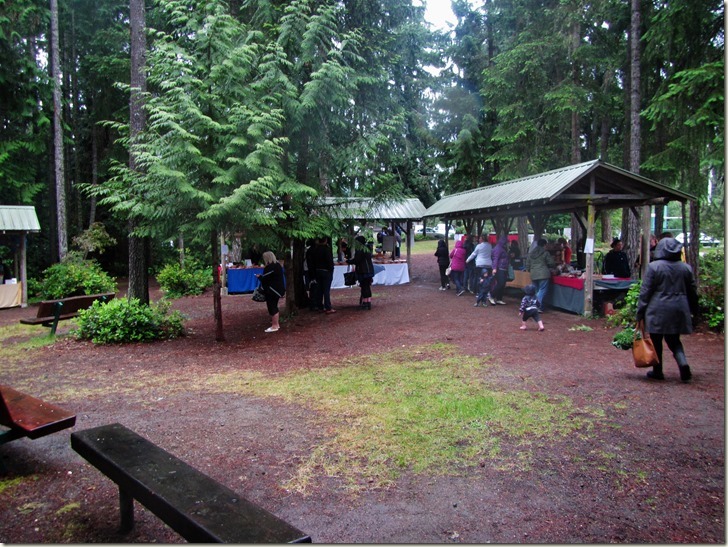 These poor people didn’t even get a place in the main area and with the rain no one was going over to where they were. 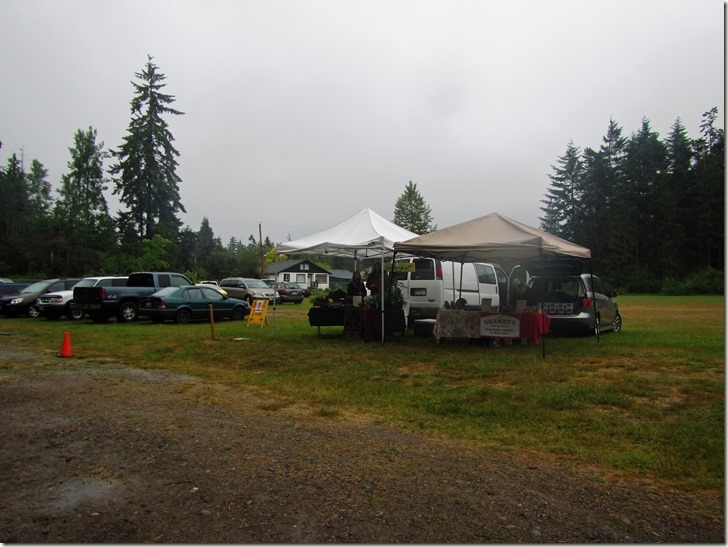 We did not stay long.

The town of Coomb’s claim to fame is the Old Country Market store with the “Goats on the Roof”. 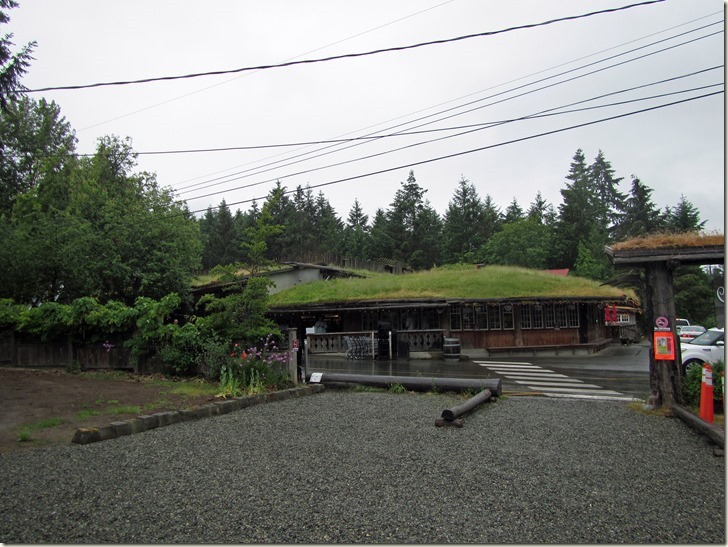 The entire roof of the store is covered in grass and a herd of goats live up there. There is even a shed where they can shelter themselves. 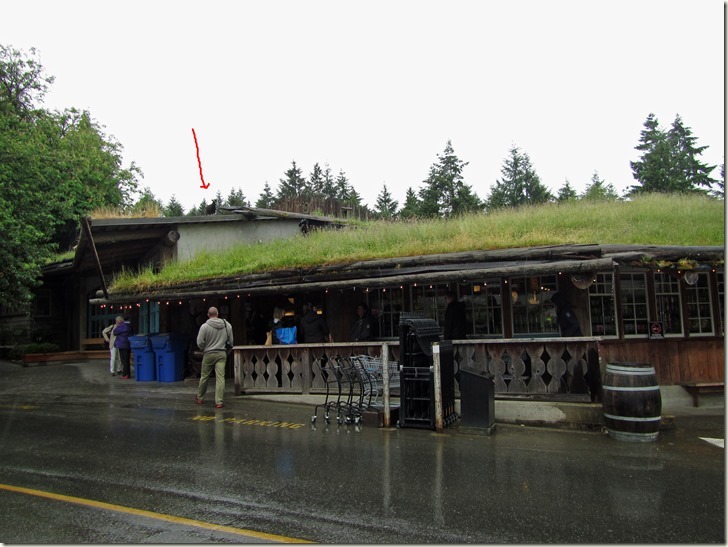 I wonder how they came up with this idea but it’s working because it got us there and the place was packed. 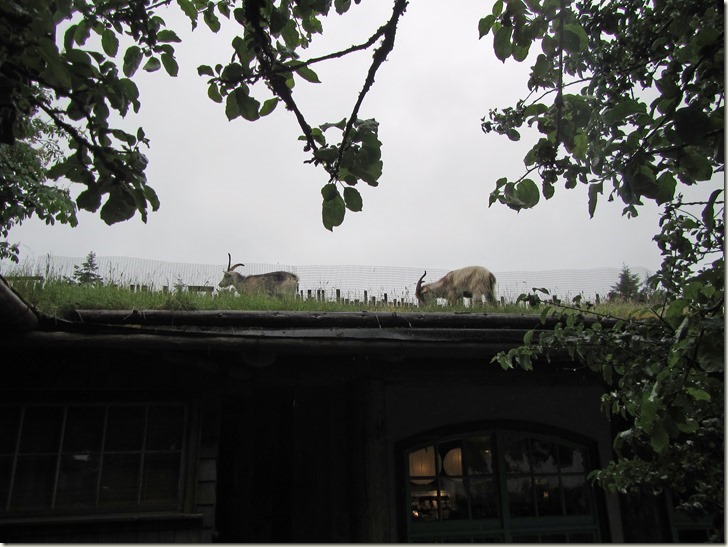 Inside the store there was a lot of interesting stuff. Lots of foods and knick knacks from around the world. These are the only picture that even remotely looked OK. 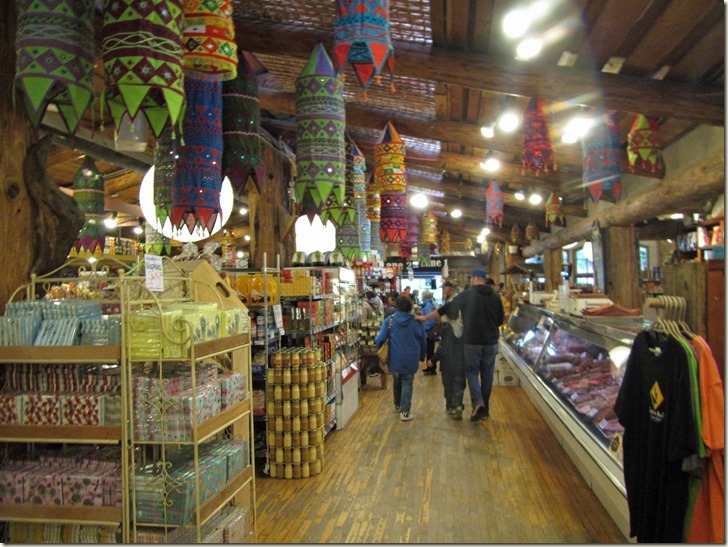 How the Indian god Ganesh goes with chopsticks, I do not know. 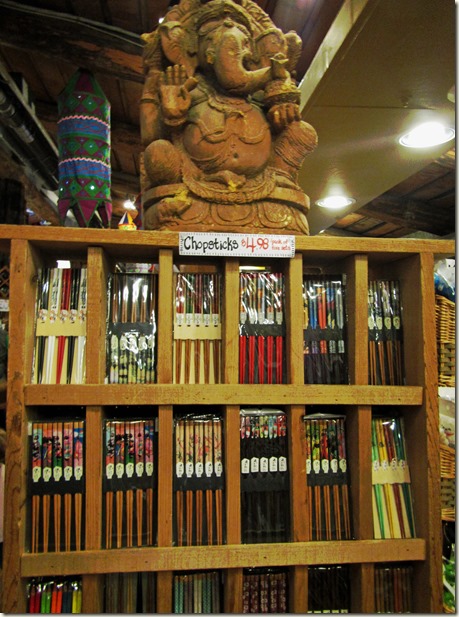 Next door was a small plaza with some more stores. One had a very unusual collection of wood carvings but there were big signs everywhere saying that no pictures were allowed. The weirdest one was a chair where the backrest was a large male … All the kids and most of the adults had a giggle about that one.

Out in the square there we some large stone sculptures. 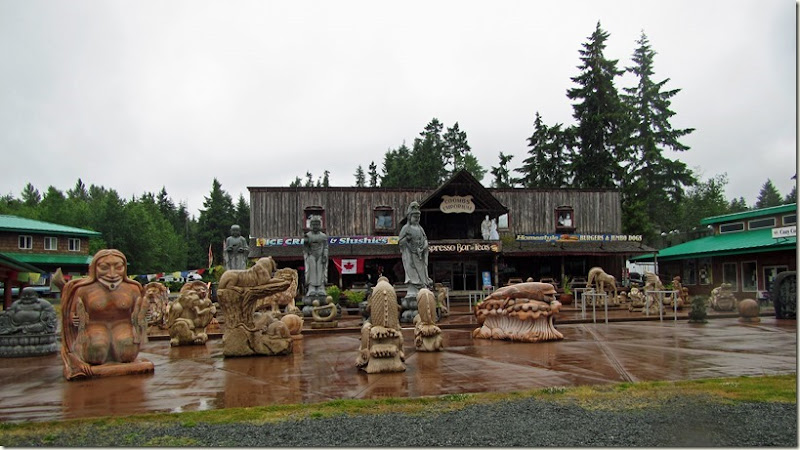 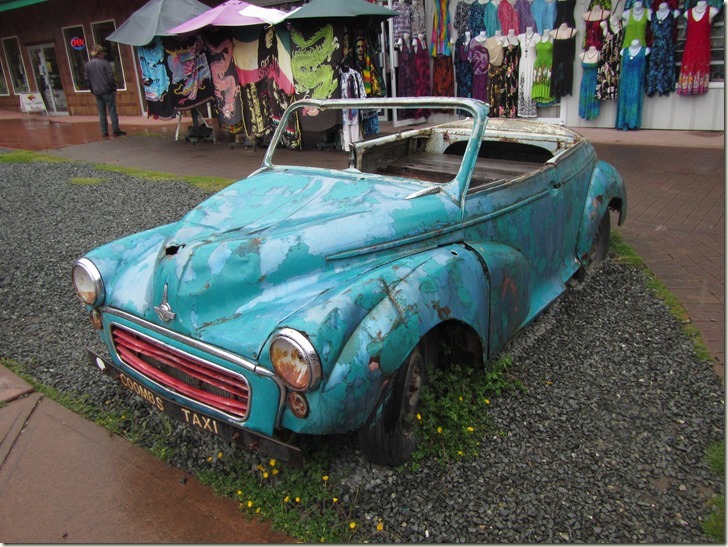 We wandered around a plant shop. 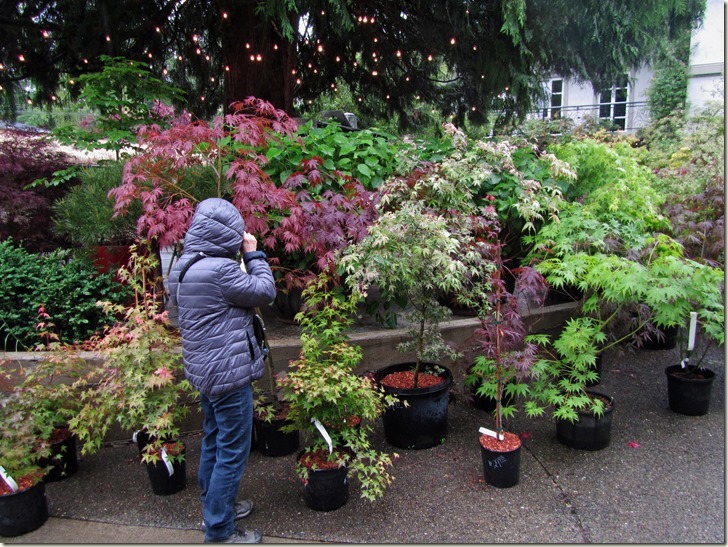 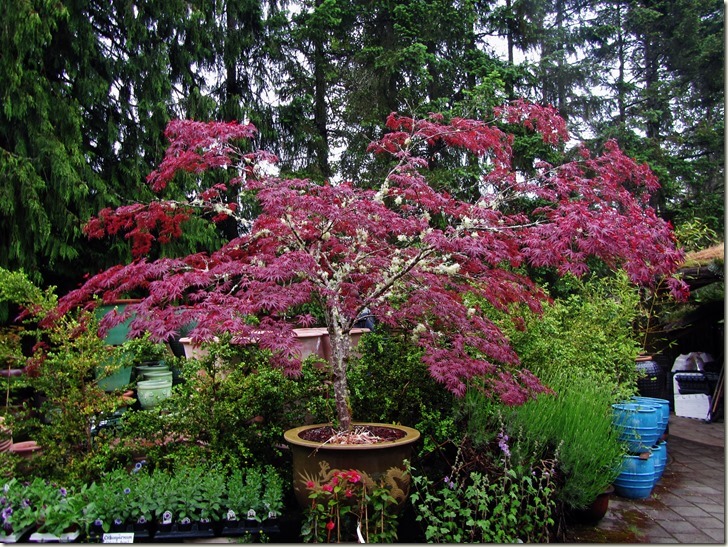 By now it was past lunch time but there wasn’t much to eat here other than burgers. While we were trying to figure out where to go, we remembered passing a BBQ food truck on our way so back we went. 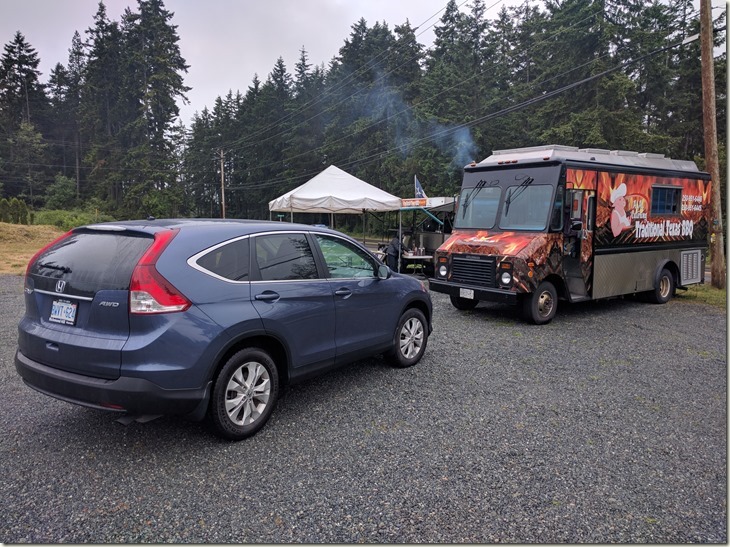 She had a huge smoker parked beside the truck. We got some brisket and pulled pork and then quickly headed home as the smell filled the car.

In the afternoon Jennie walked into Parksville (just outside the RV park) and did some shopping.

It is still raining but the forecast calls for the next few days to be good.