Today was somewhat cooler and the forecast called for the possibility of rain later in the day so we decided we would do a shorter trail down to the beach at the other end of the Coast Trail in East Sooke Regional Park.

After I had called my mother and Jennie got a call from one of her daughters (the other had called on Thursday), we got moving.

It took about 1/2 hour on some very twisty roads. In fact they are so perfectly twisty, at one point as we were going along there were flag people (Stop / Slow signs) at every entrance to the road. Farther along we saw why. At a pullout there was a car with all kinds of scaffolding on, with cameras attached. Along side was a shiny new Audi R8 supercar. Time to film a commercial. 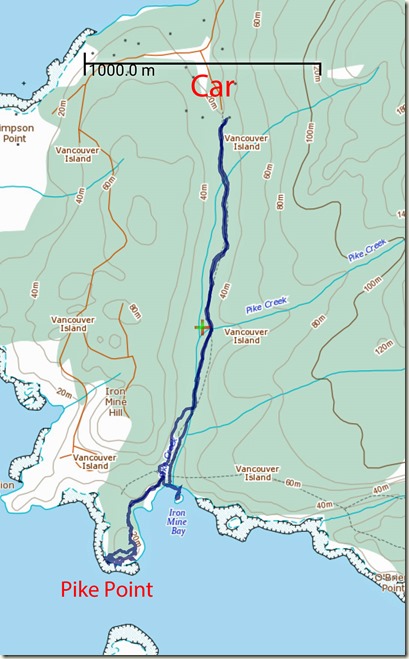 The trail is a old road bed that is wide and flat. We first headed out to Pike Point to watch the crashing waves for a long time before we went down to Iron Mine Beach and finally headed back. initially we were going to do a bit of the Coast Trail but that got thrown away when the time came. All of our various GPSs and Jennie’s fitness trackers seem to agree that we did just over 5 km.

A cool walk among the tall trees. 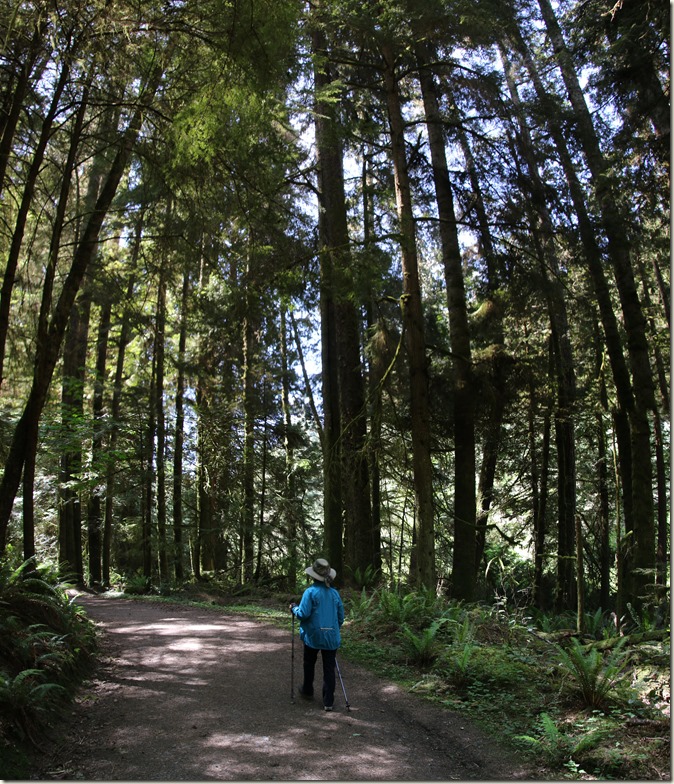 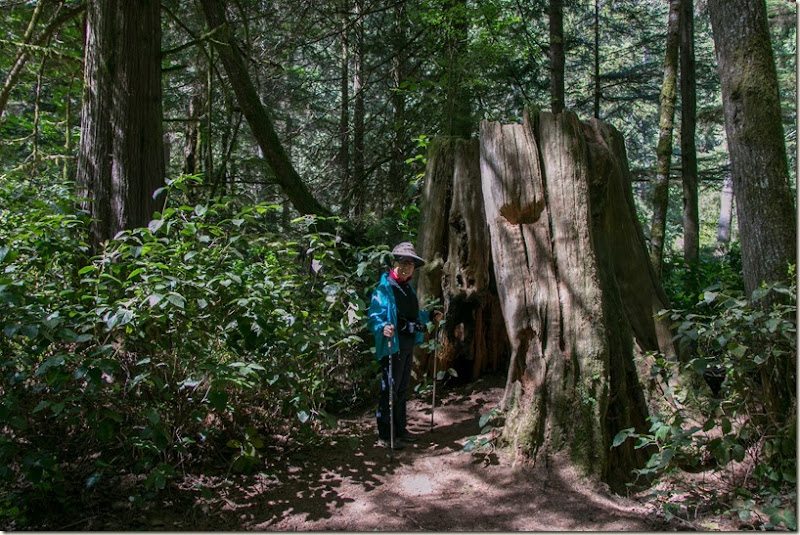 The side trail out to Pike Point was somewhat rougher. 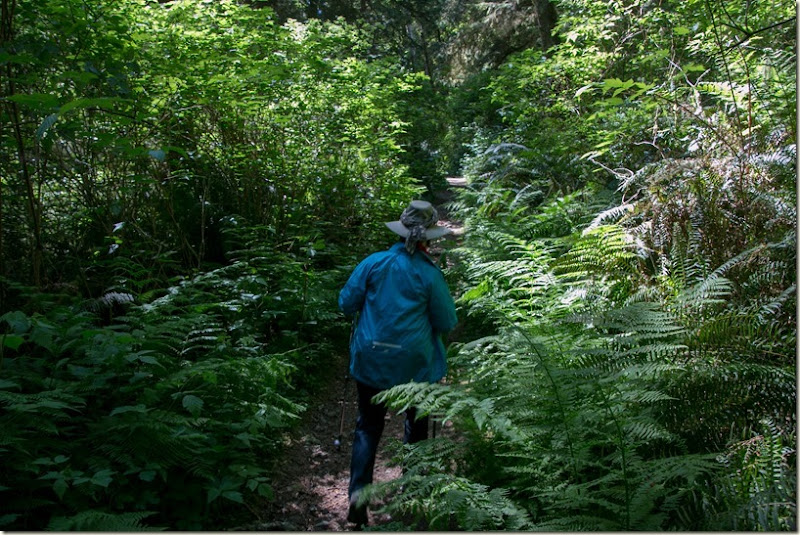 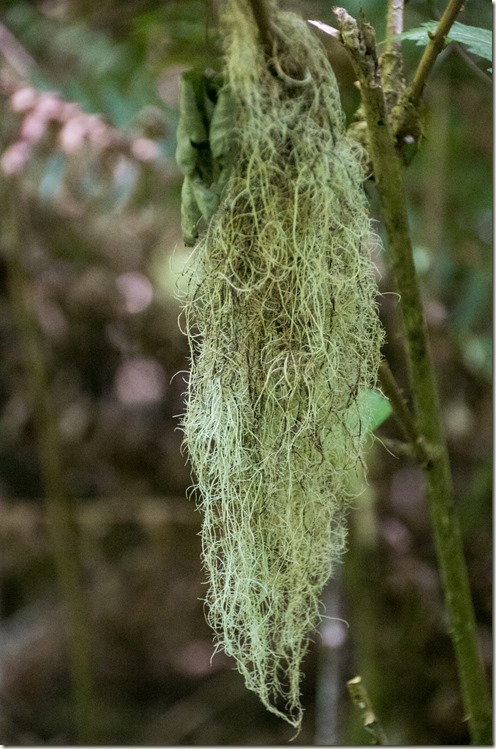 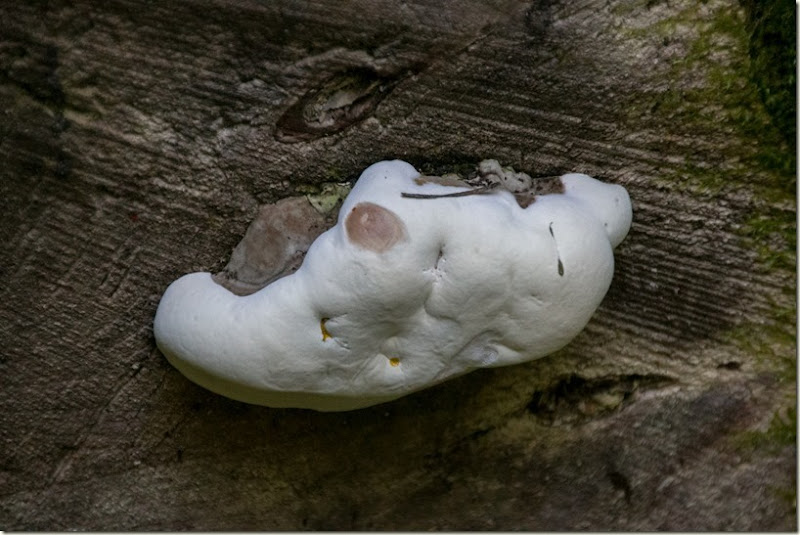 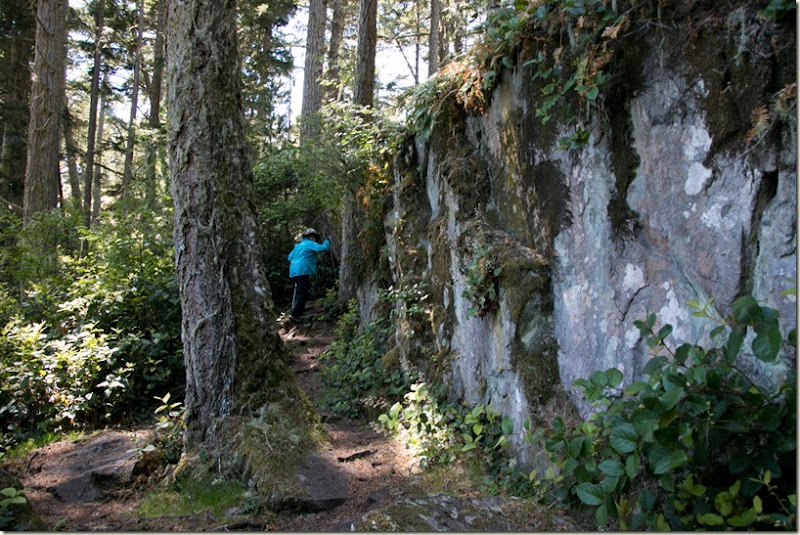 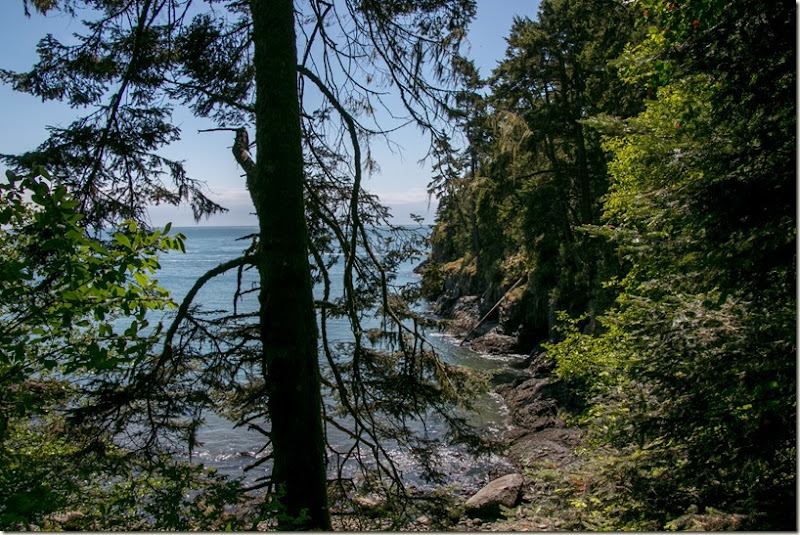 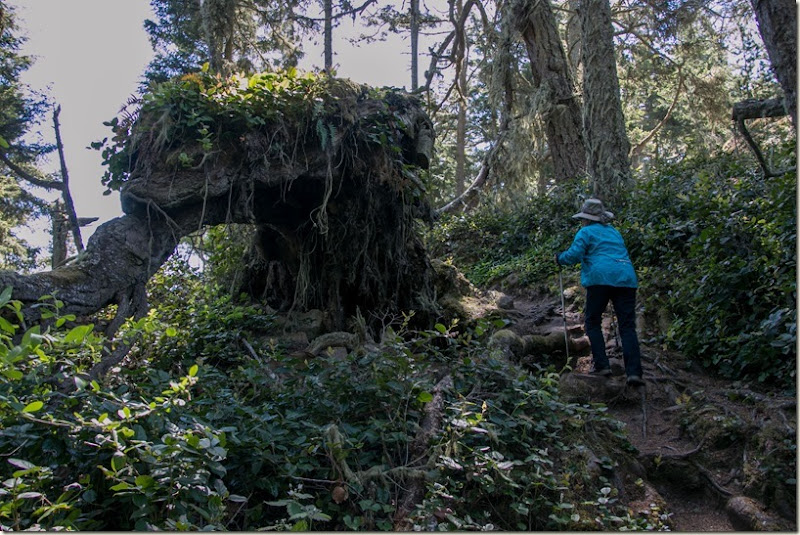 A final steep zigzag up this hill and we were there. 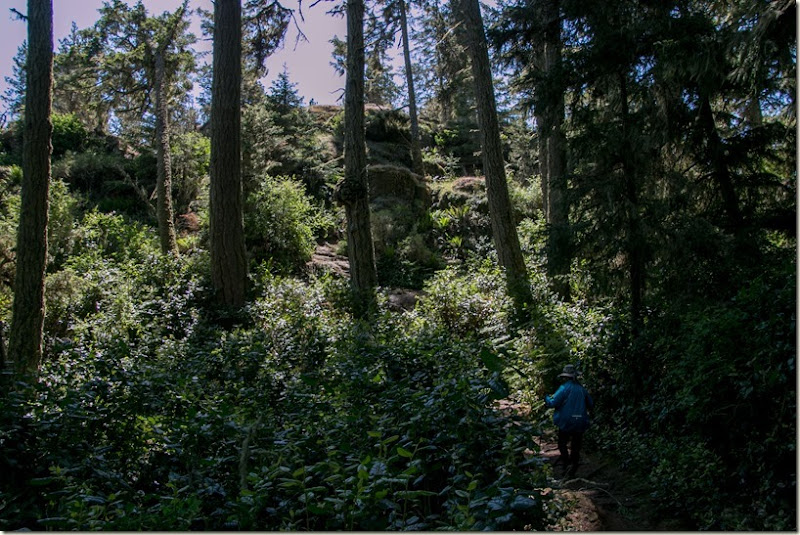 A great spot on the rocks for lunch and wave watching. 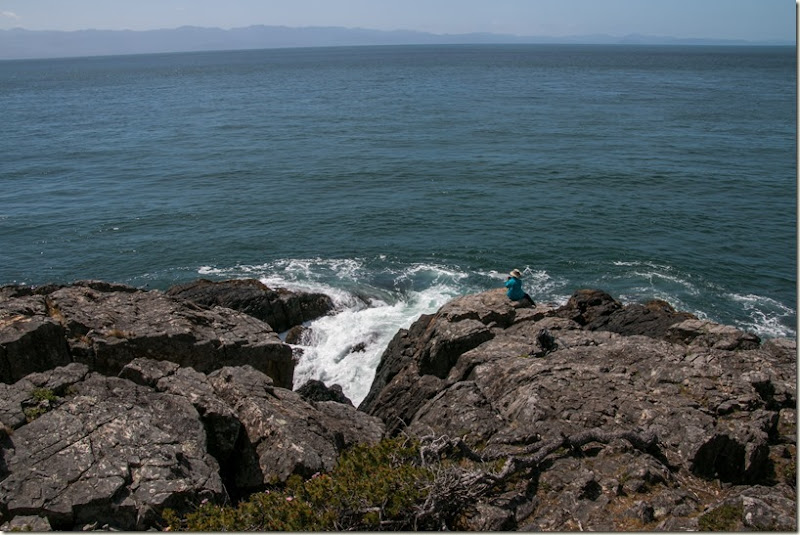 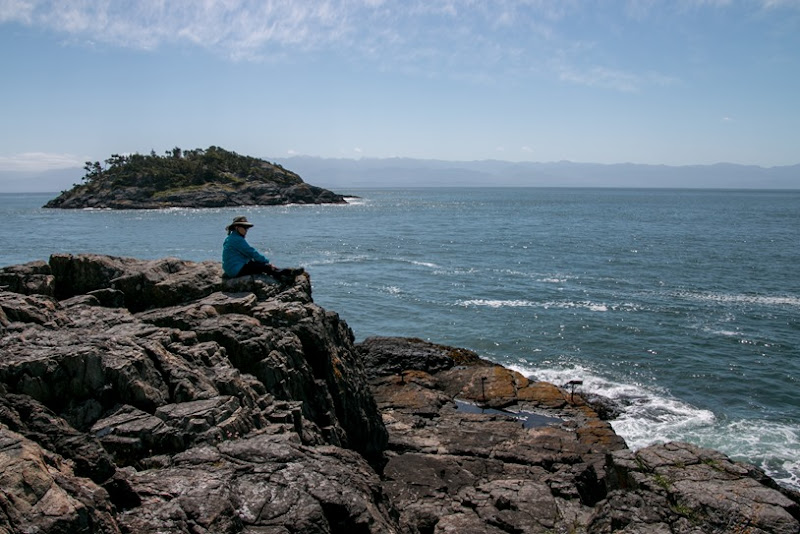 And, of course another photosphere.

The condos being built, off to the right, sort of spoiled the view but it would be great to own one.

Also the image doesn’t display depth very well. I was standing right on the edge of a 20 foot cliff. 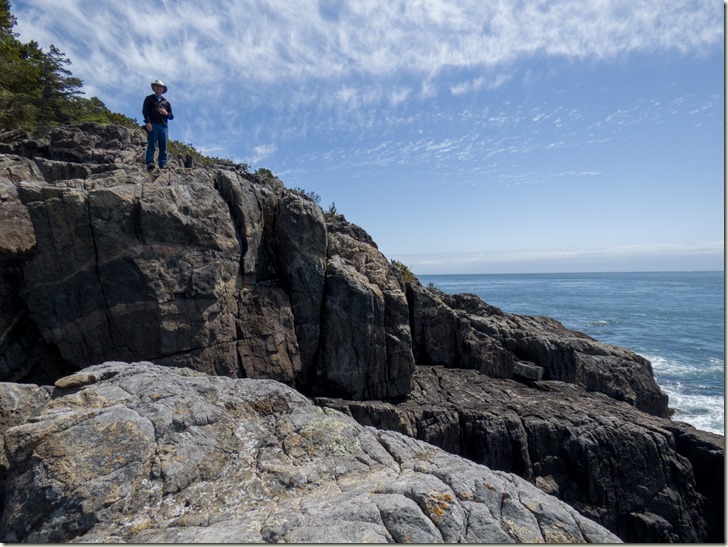 We’ll try a bit of everything today. Some gifs.

And a short youtube video. I can’t get it to embed directly in the blog but if you click the link it will take you to it. It is stored in full HD so up the resolution when you watch.

Here is the GPS track of my time on the point. A lot of scrambling around. 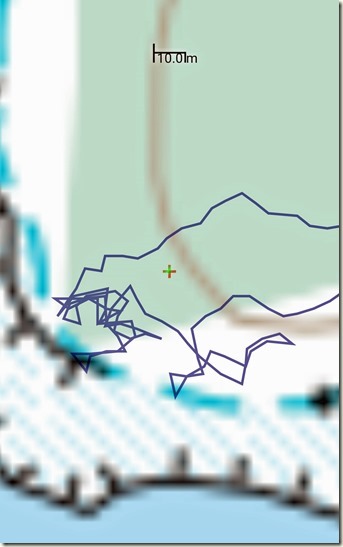 Jennie’s love of watching waves overrules her aversion to heights. 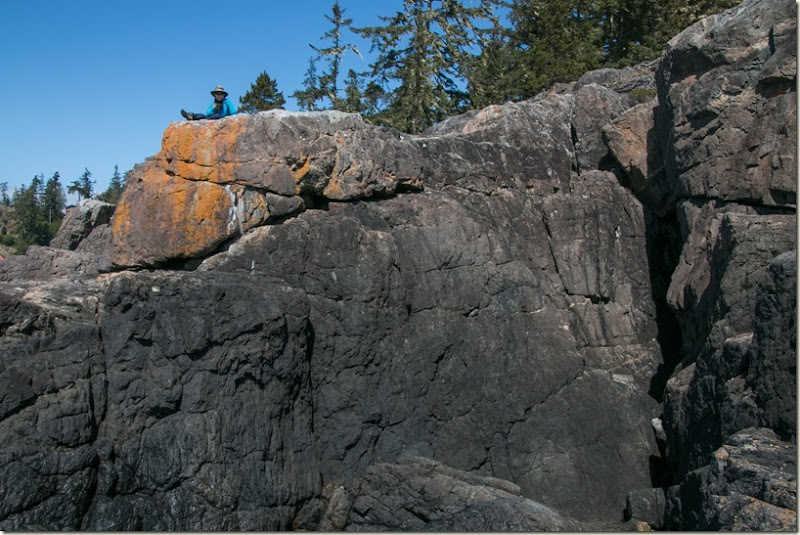 There was a strong cold wind blowing here. 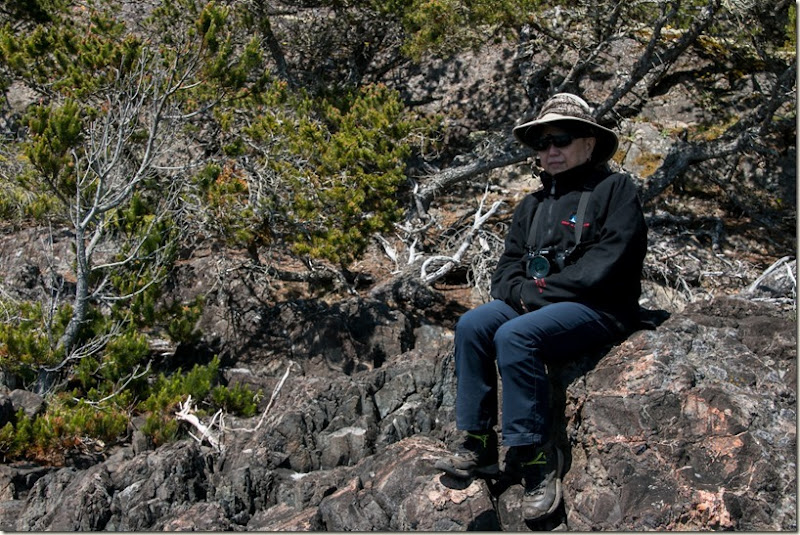 So after a long while we headed over to Gold Mine Beach. 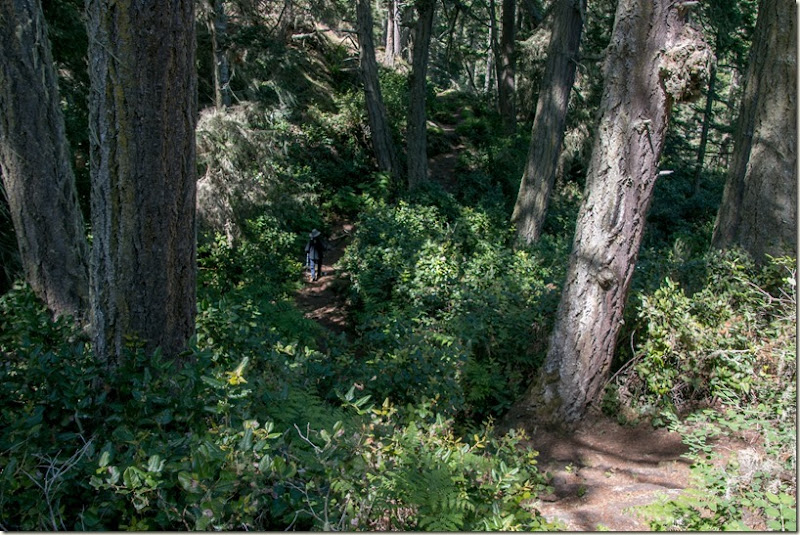 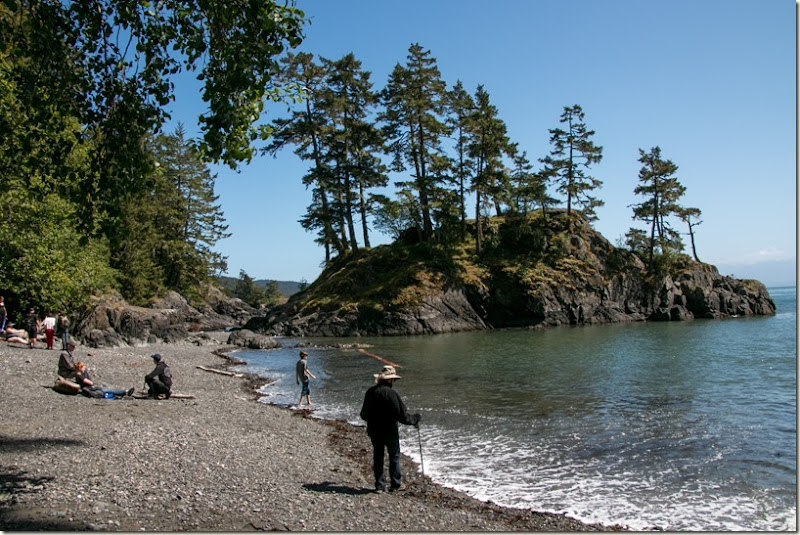 As usual, if there is a place to climb I am there. Up the little island I go. The tide was still just low enough to get there. 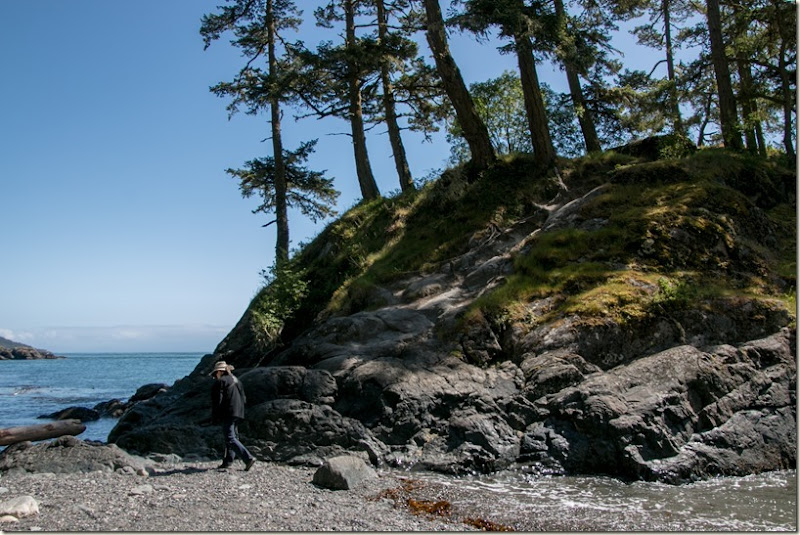 You can just barely see me a bit left of center, below. 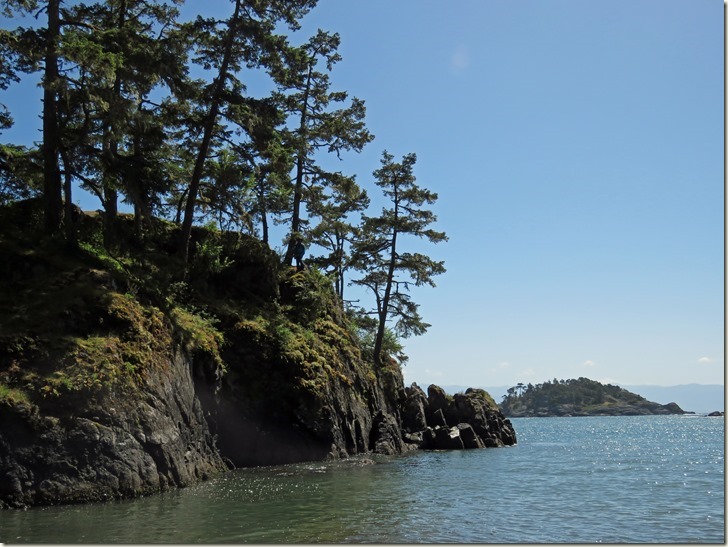 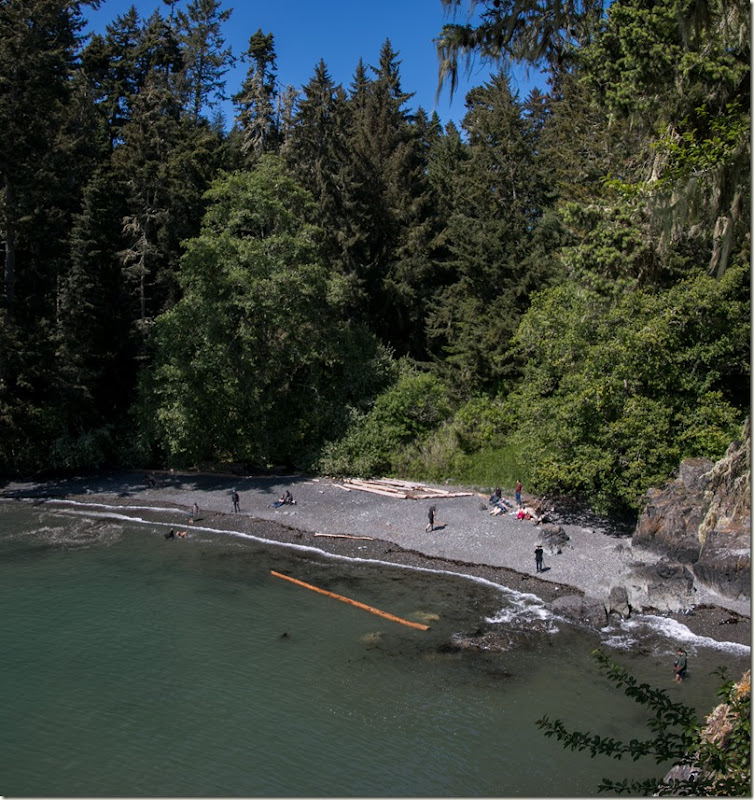 The view out to Pike Point. 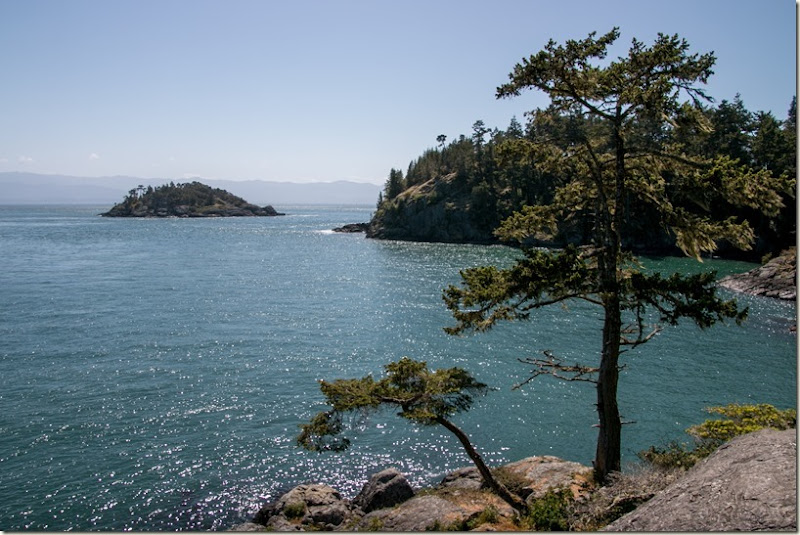 Along the shoreline of the Coast Trail. 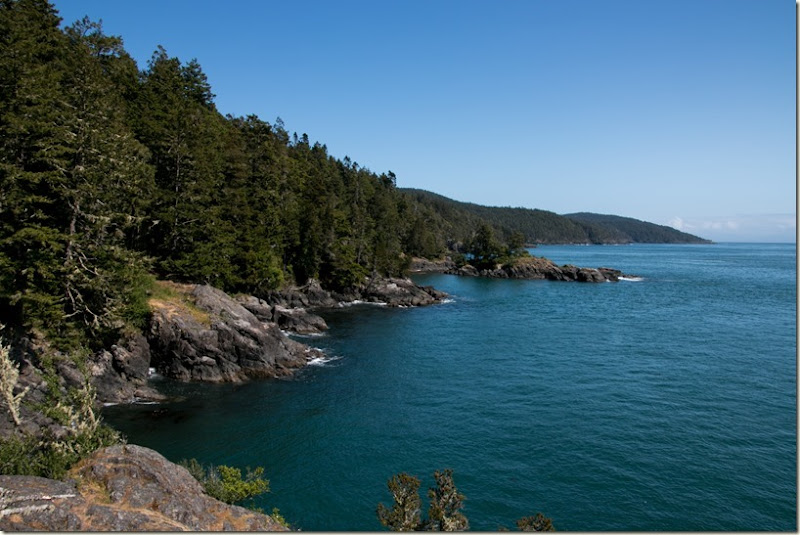 Jennie always likes to check out the water. 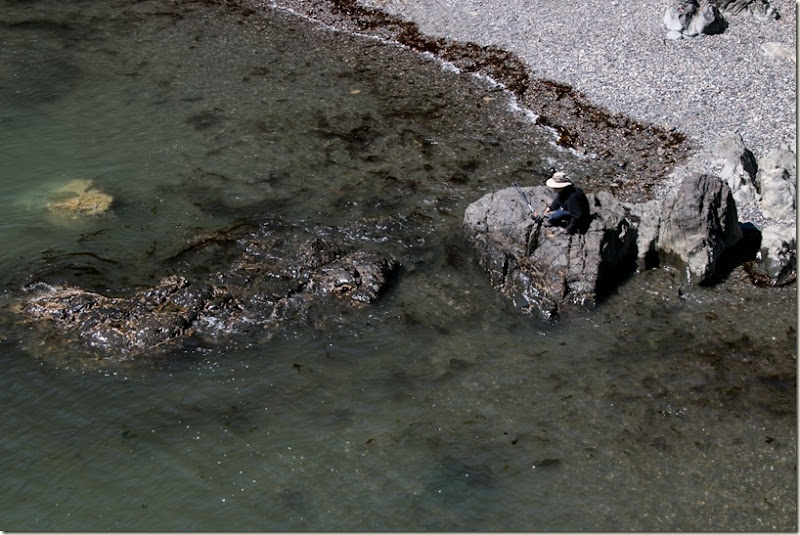 And eventually back to the car. 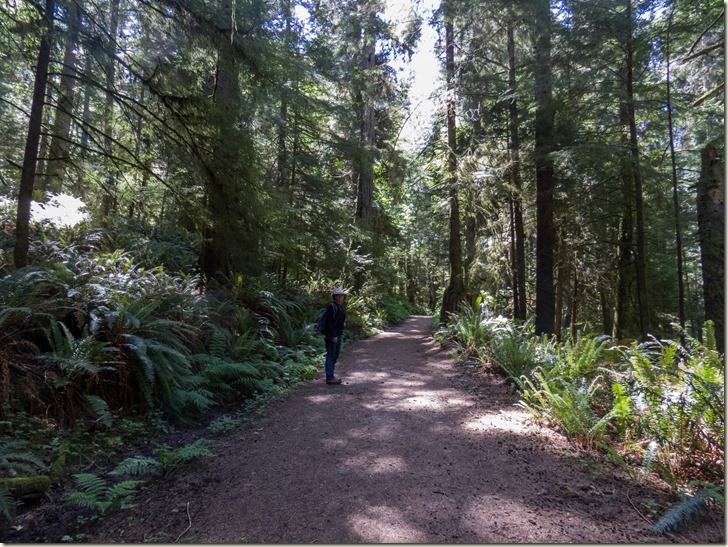 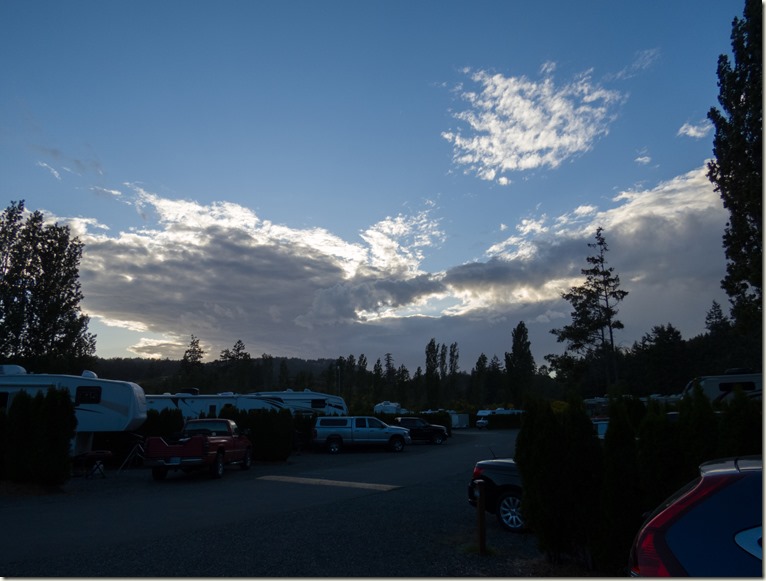 But it never showed up and we are back to clear skies.