We took it relatively easy today after 7 straight days of driving.

First job was to wash the CRV. It was so covered in remnants of the ice storm and bad weather washed up on it by the RV that it would have been embarrassing to drive anywhere in it. Next job was to clean all the bugs off the front of the RV while they were still “fresh”. I think I will try and wash the worst dirt off the rest of the RV later in the week.

For an easier starter hike we went to the nearby Haynes Point Provincial Park. It is a narrow spit of land that sticks out in Osoyoos Lake. 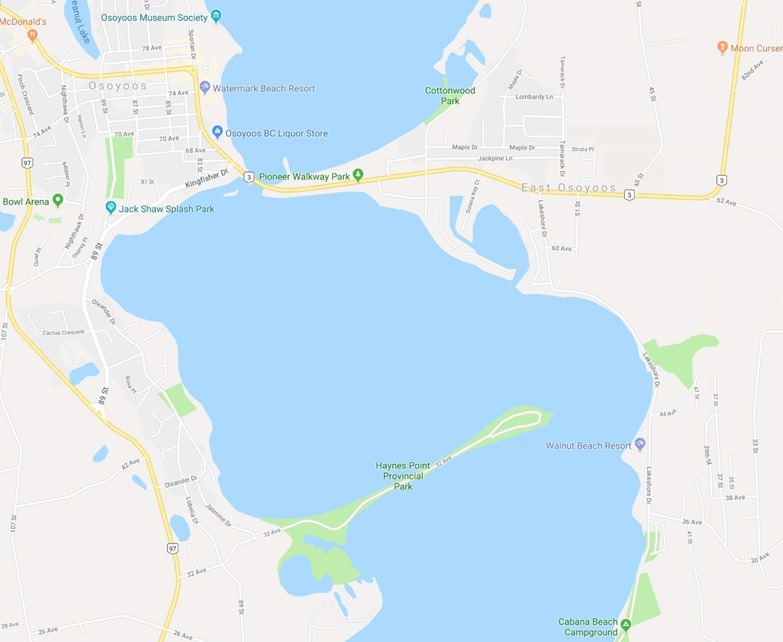 Near the start is a short nature walk out into a marsh. 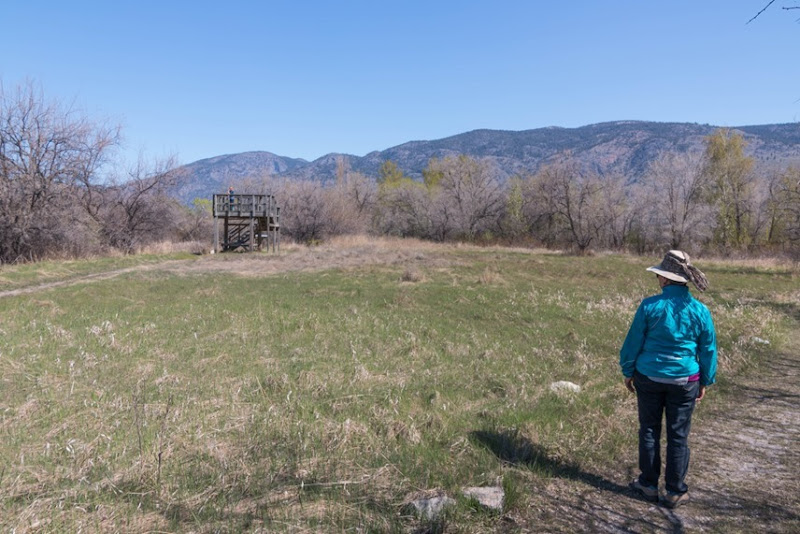 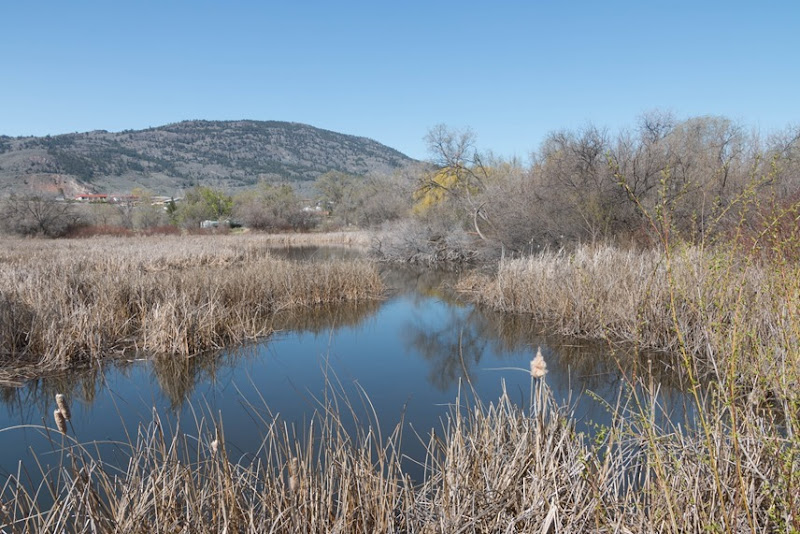 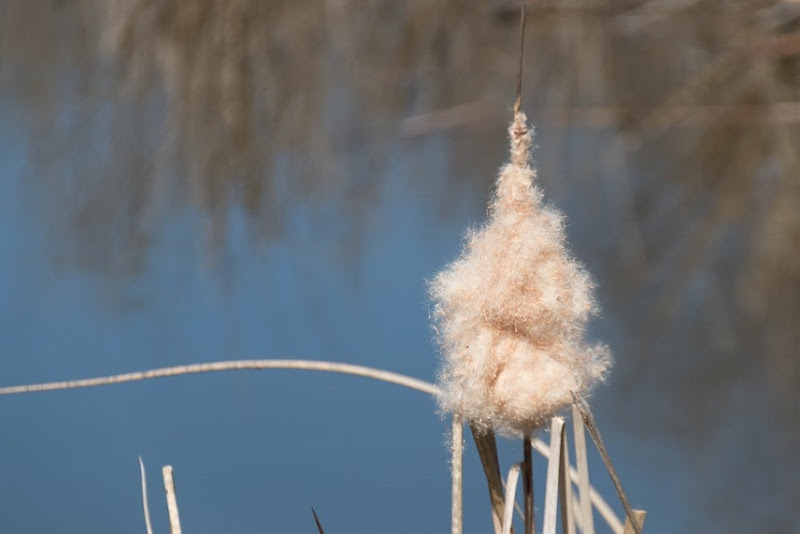 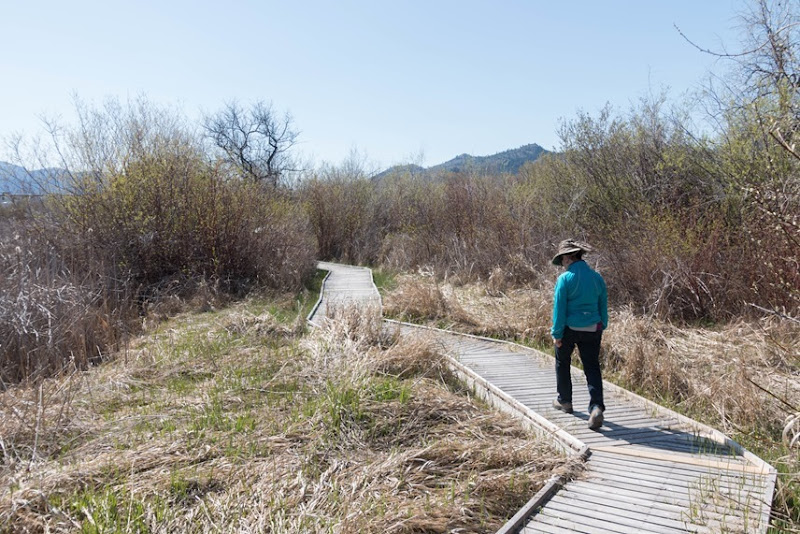 It is supposed to be a great bird and bat watching area. Bats only in the evening though. We saw and heard lots of birds but we have no idea what they were.

A woodpecker was making a racket. 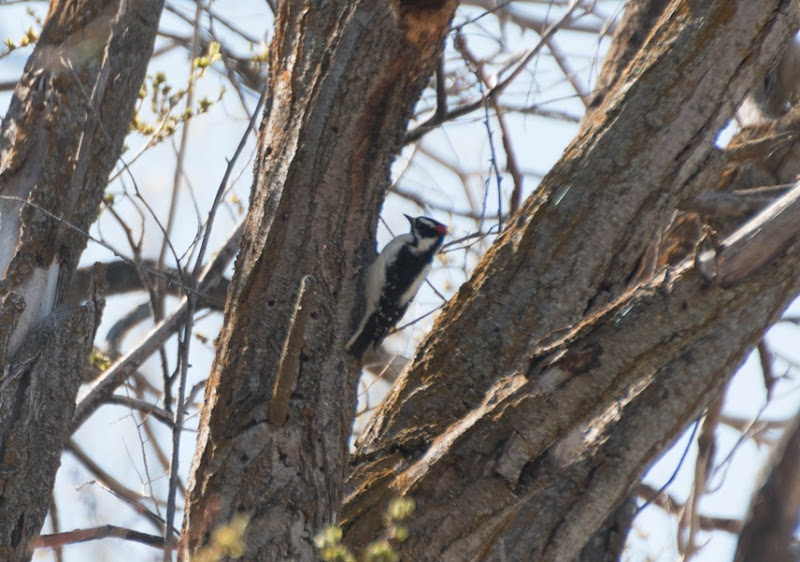 I am not sure what this one was, soaring over our heads. 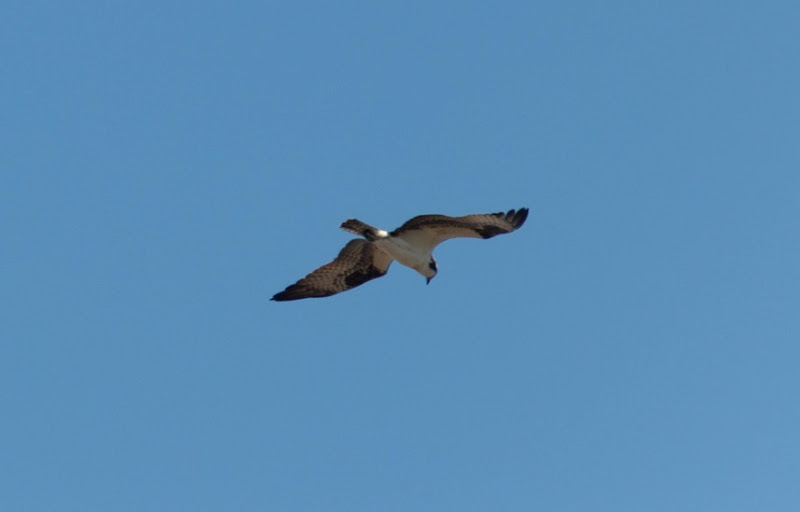 Then we did the short walk of about 1 km out to the end of the point. You can see how narrow it is. 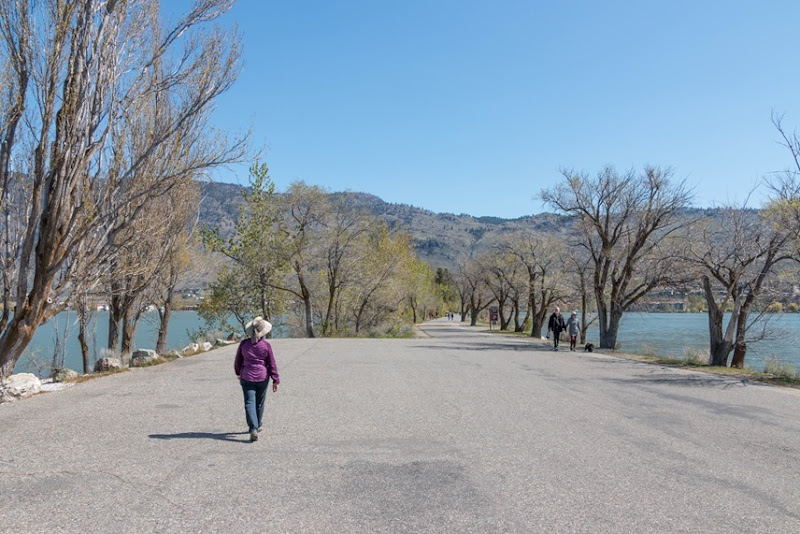 At the end is a small campground that, during the summer, is almost impossible to get a spot at. Another one of those places that reserves in seconds. Right now it is first come, first serve and only a few spots are taken. 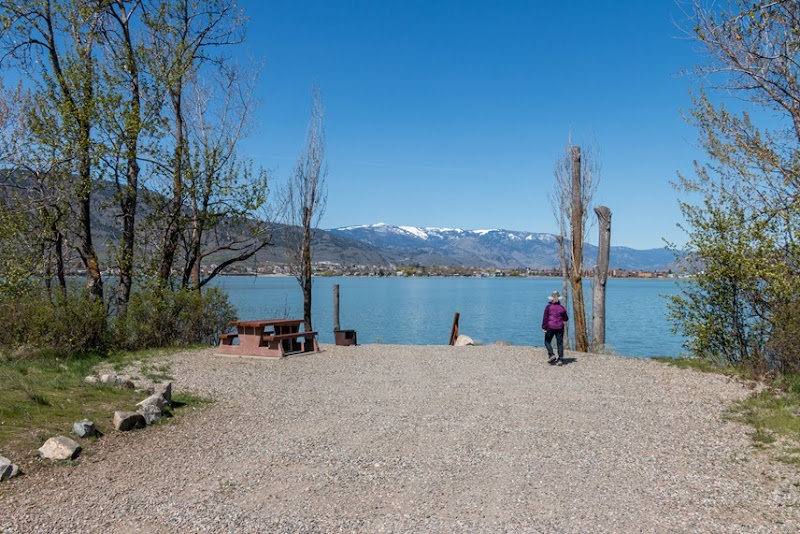 Lots of colourful ivy around. 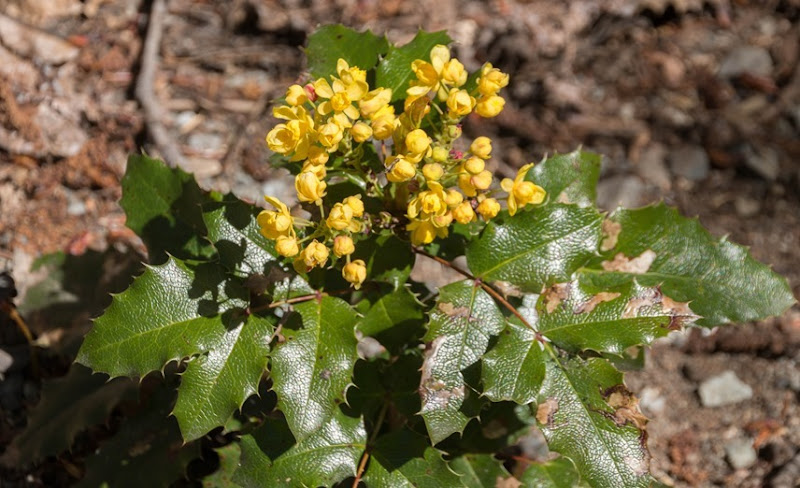 And a lonely tulip at one site. 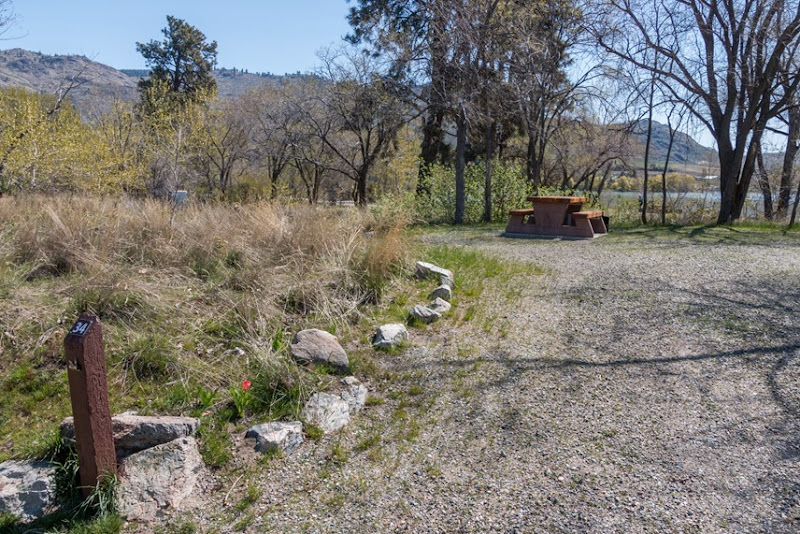 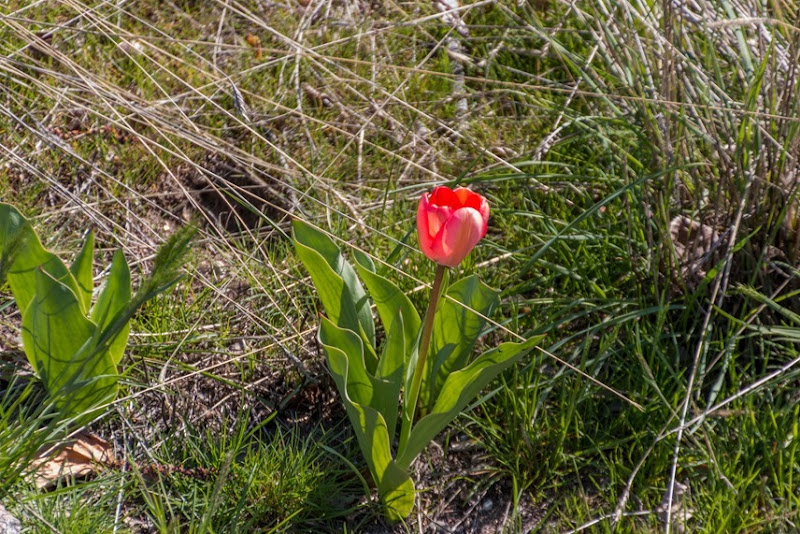 Right at the tip there is normally a sand bar that you can walk on a long out. The water is high right now though.

If you look over Jennie’s head, you can see two yellow floats in the water. A woman we talked to said that she could walk out to them less than a month ago. 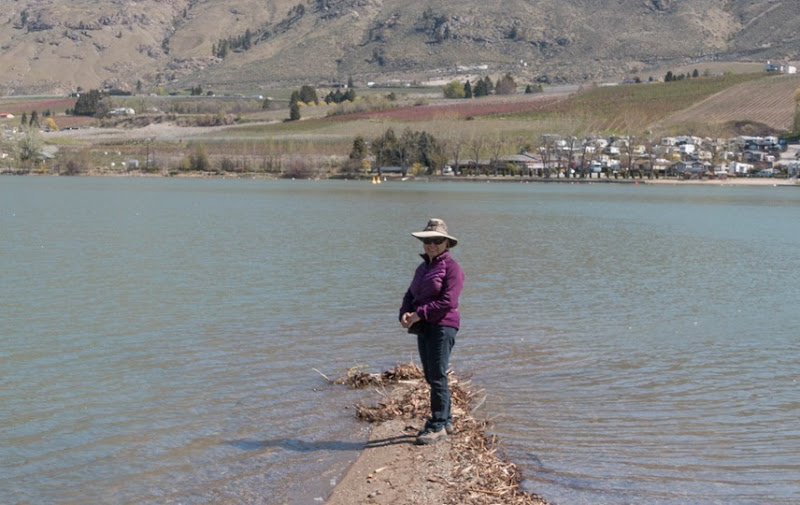 In the summer when the regular sites are full you are allowed to stay one night parked along the edge of the road. You could fit a lot of RVs here. It must get kind of crazy. 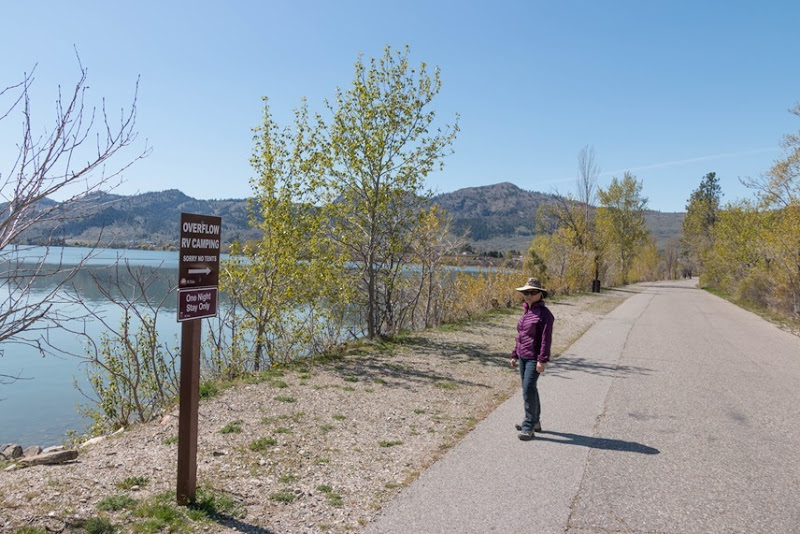 We went into town to hit up the visitor center and load up on brochures. Next we decided to have a nice lunch out. We went to a place called the Wildfire Grill. I had an OK pizza and Jennie had what she said was the best she has ever had seared tuna burger. The tuna was at least an inch thick and done perfectly. I was lucky to get a few bites. We were so taken with it that we forgot to get a picture.

Heading east out of town, the Crowsnest Highway climbs steeply out of the valley. Near the top, after a zig-zag climb of 400 meters, is a stop called the Anachist Mountain Lookout.

The view certainly was stunning. Having a guy flying by with his motorized parasail was a bonus. 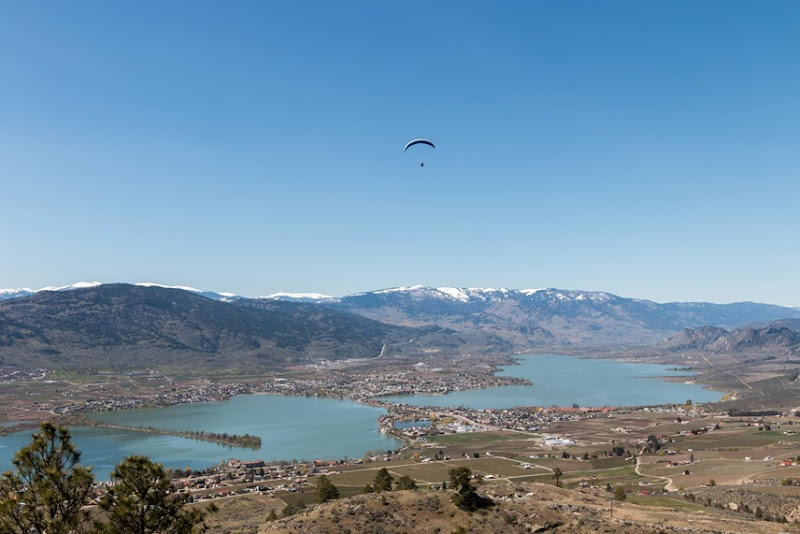 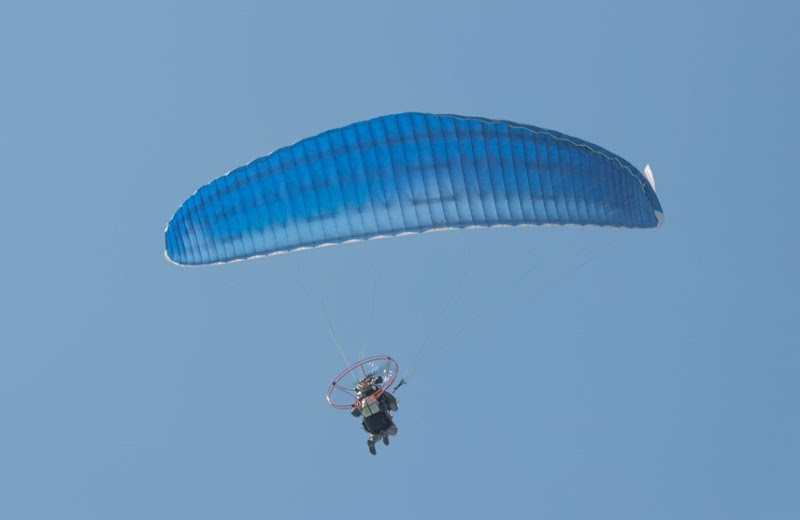 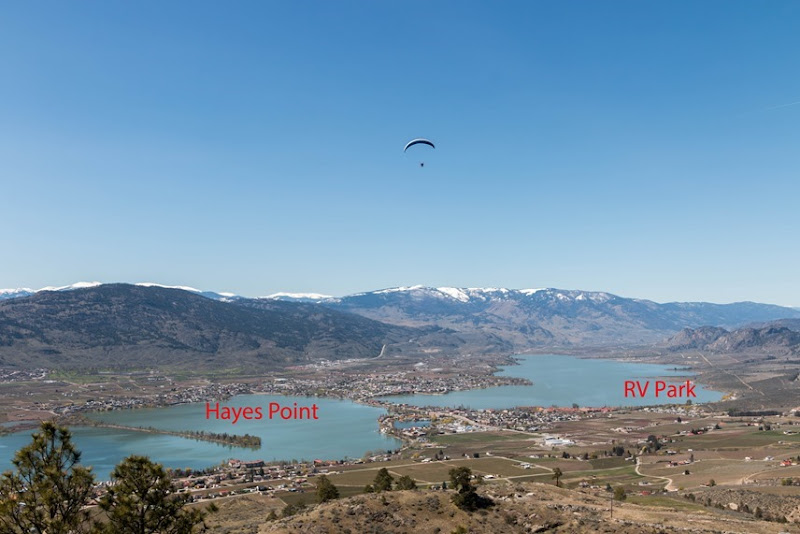 A zoom to our RV in the park. 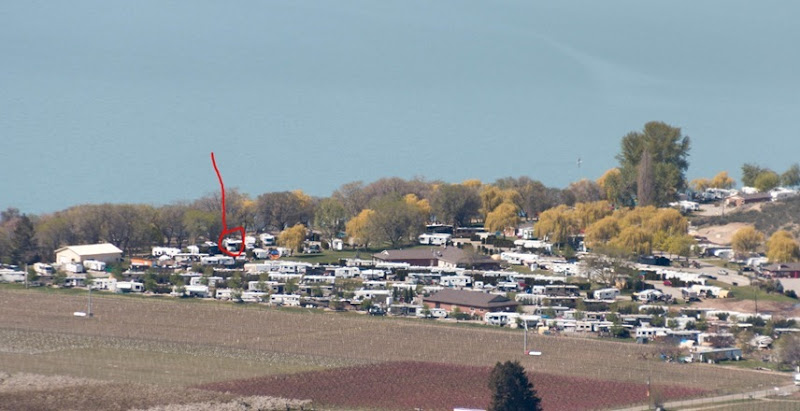 The orchards are exploding with colourful blossoms. 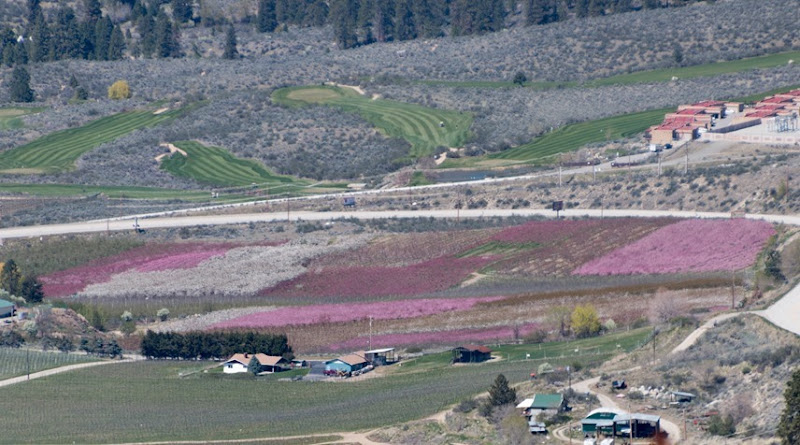 Then back down home to relax.