Today we drove to the top of the northern peninsula to eventually visit the L’Anse aux Meadows National Historic Site. There are very few campgrounds here so we didn’t have much choice. The RV section is just a big gravel parking lot. The first site they gave us was so far from the power distribution panel that the voltage drooped so low each time we tried to use anything that it tripped the breaker. We asked for and received a site much closer and everything was fine. 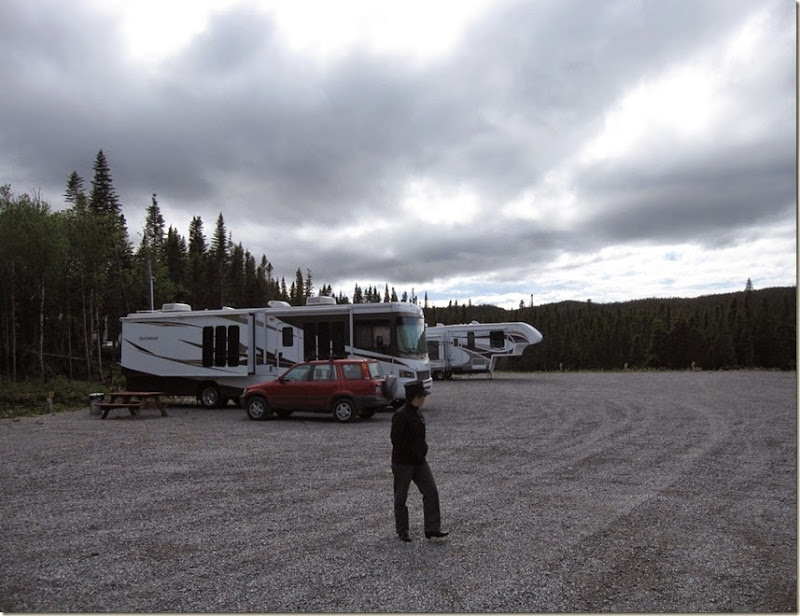 We had arrived early enough that we went into town to explore. We knew we eventually wanted to see icebergs. We were told that the time was now if at all because we were close to the end of what had been a very poor season. There was an opening on a boat that afternoon so off we went. 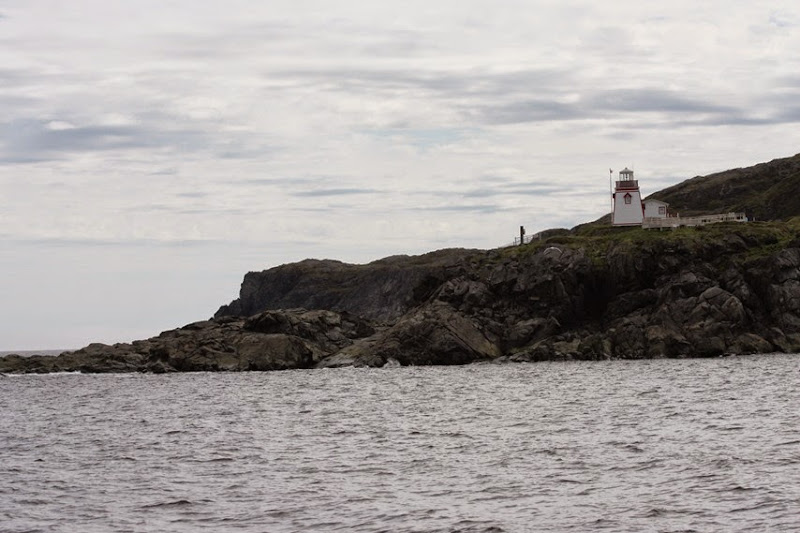 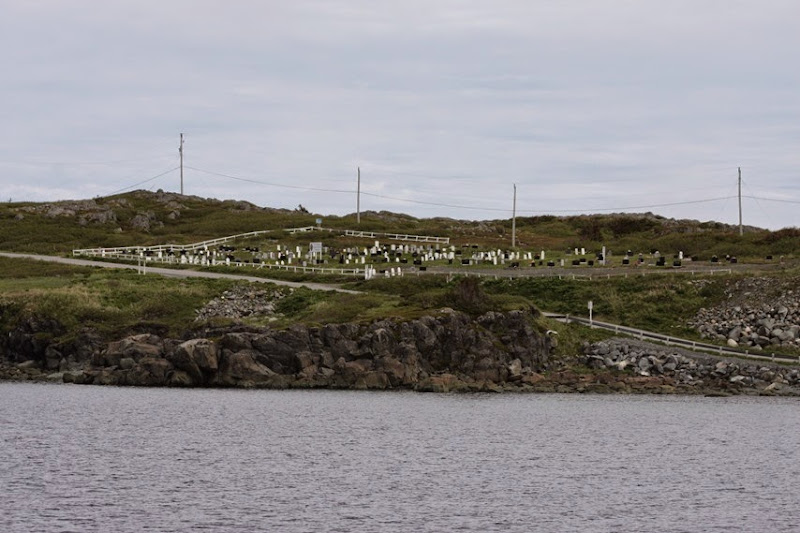 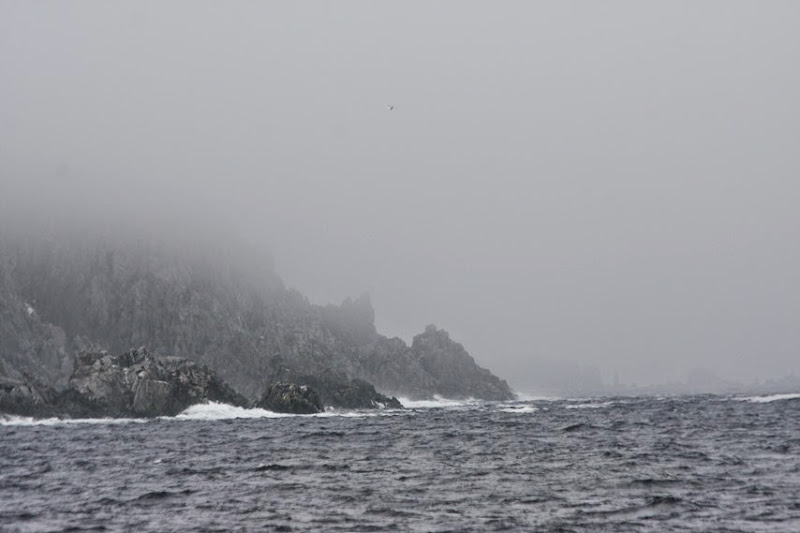 The captain said there was only one iceberg in range but it turned out to be quite a nice one. It took us about an hour to get  there. We scanned the sea for whales to pass the time but no one saw any. 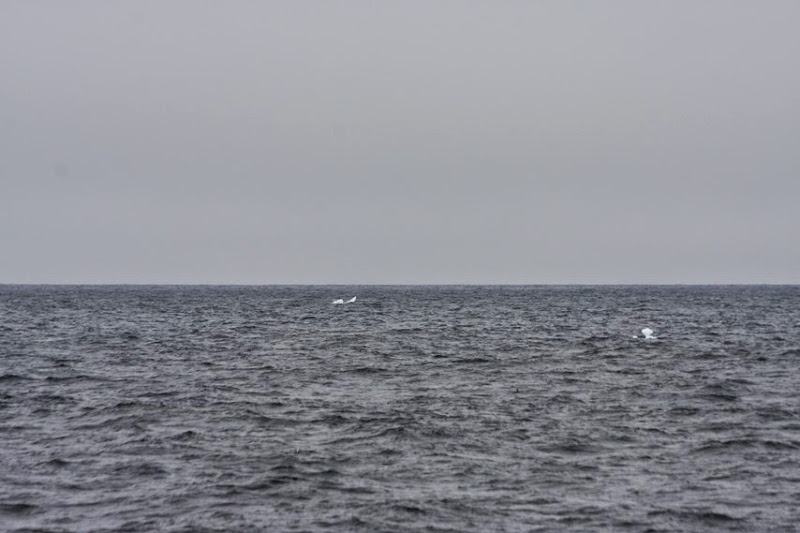 Finally off in the distance. 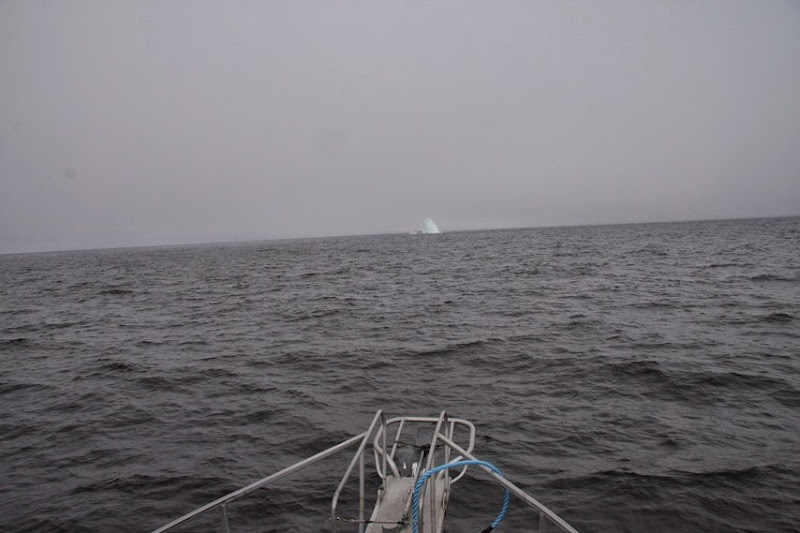 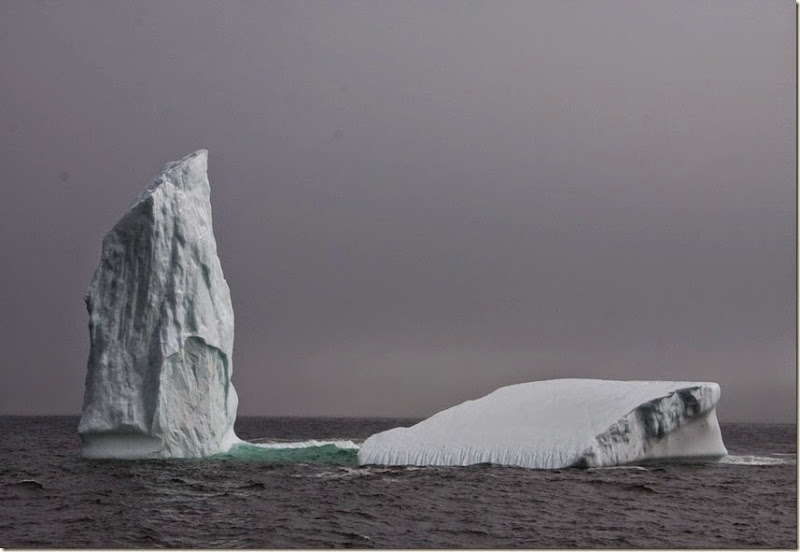 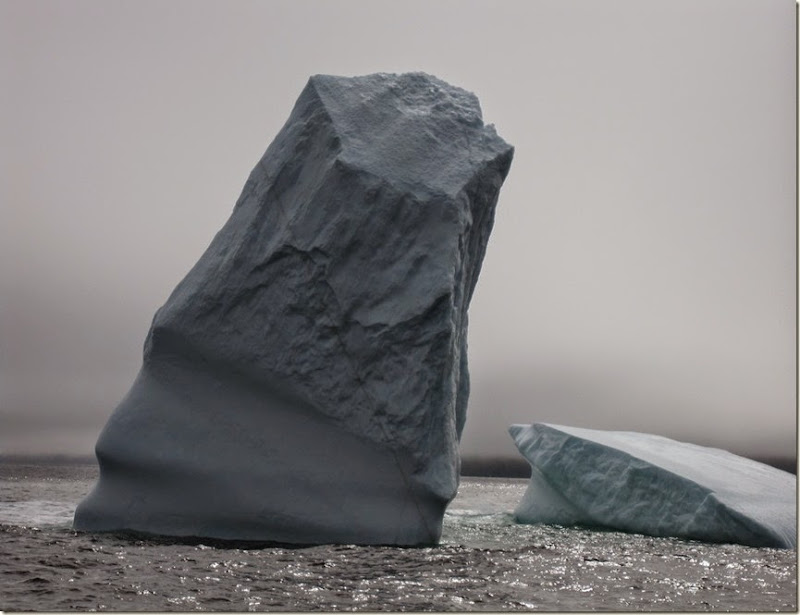 It was hard to get a sense of scale but we guessed that the tower was about 100 feet high. 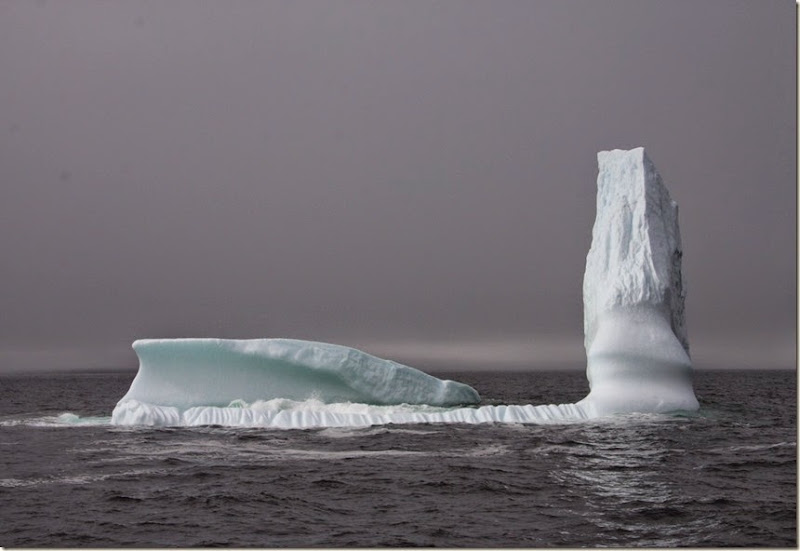 It was bitterly cold on the boat but we had all our winter gear on so we weren’t too bad. Some people suffered. 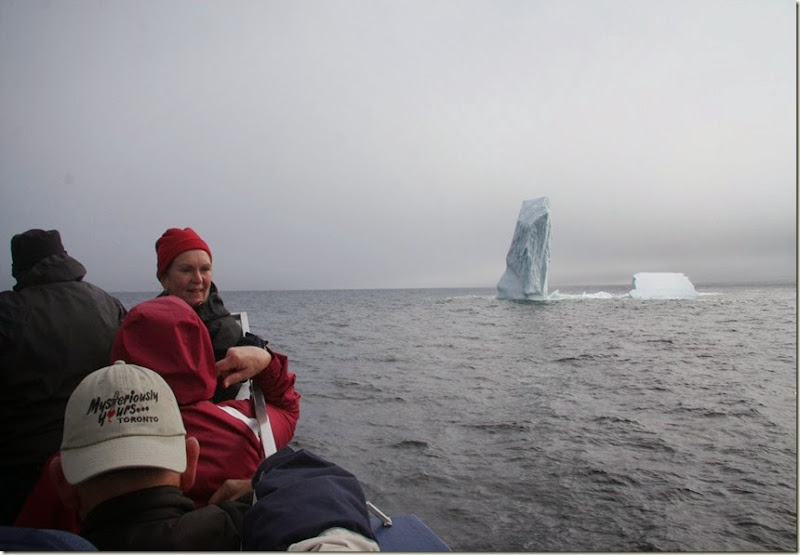 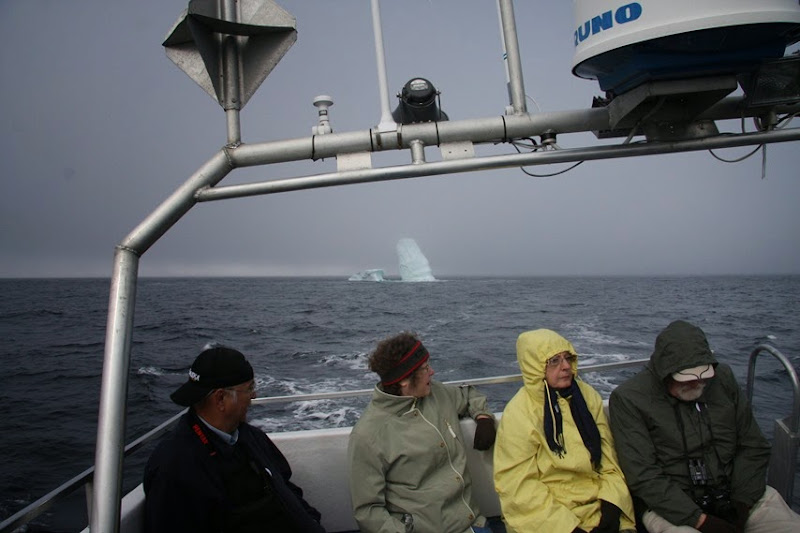 It was much nicer when we got back. 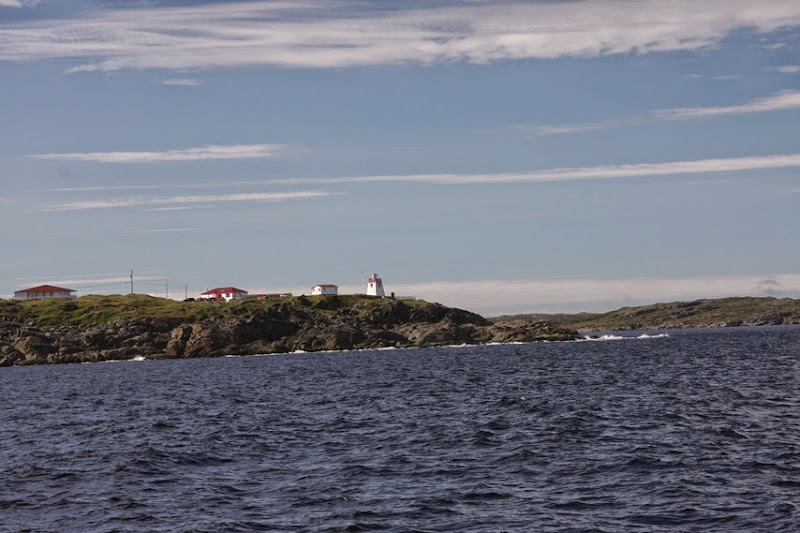