Today is a rainy day right now. It was threatening yesterday. While we were at the beach, we could see the storm clouds in the distance and it was only a matter of time before the load was unleashed. The way the winds whipped up the water, first at intervals and then steadily, I was sure the storm was imminent. I am surprised it took so long to get here; according to the forecast it is on schedule.

We waited a bit for the rain to abate but it did not. Around 10:30 am we decide to go for a short hike in the light sprinkle. Ochre Hill is posted as 2 kms around the pond in the park guide but another travel guide says whole trail (pond and hill) is 8 kms in total (3 hrs.), as you cannot get to the latter without circling the water. The rain did not pass; it got progressively harder and we were soaked by the end of the hike. Because it was raining, we did not linger very long at the top where the wind was blowing the rain harder than along the trail. Much to my dismay the mosquitoes were active too and the moment I stood still, one landed on my hand and I could feel the venom travelling up my arm. 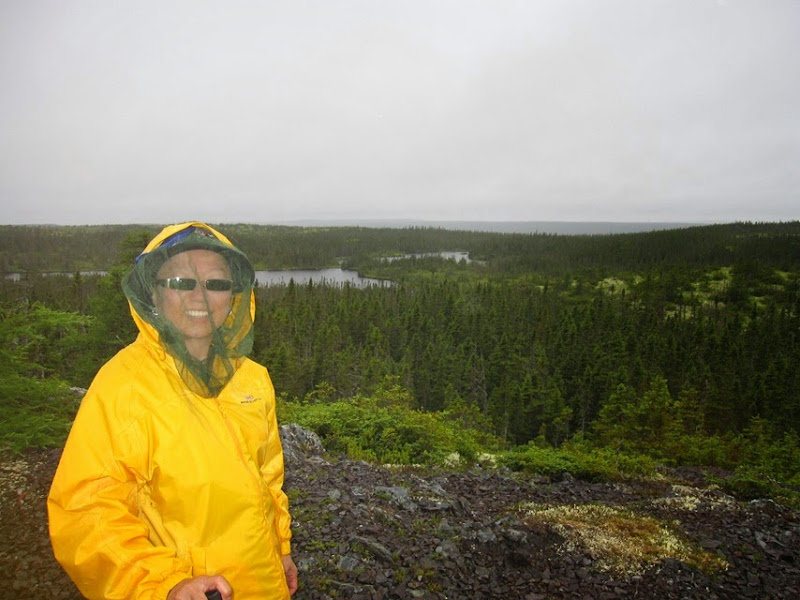 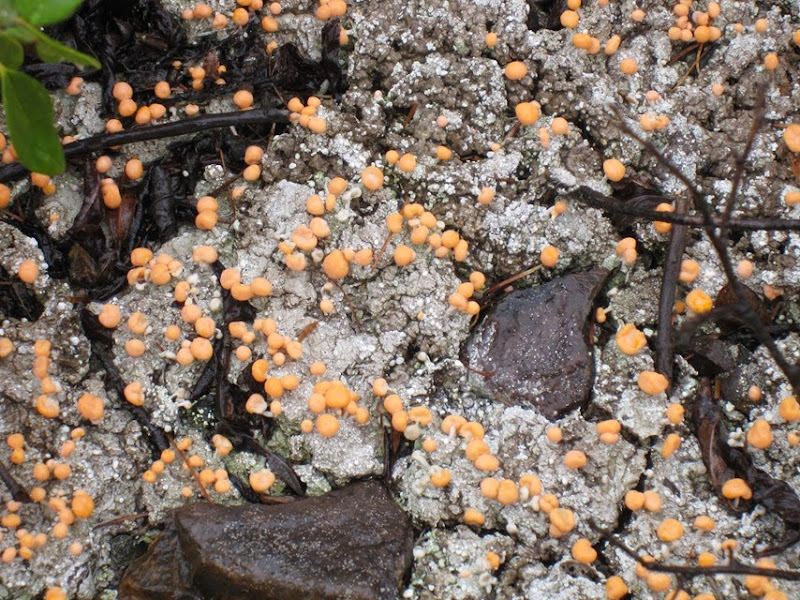 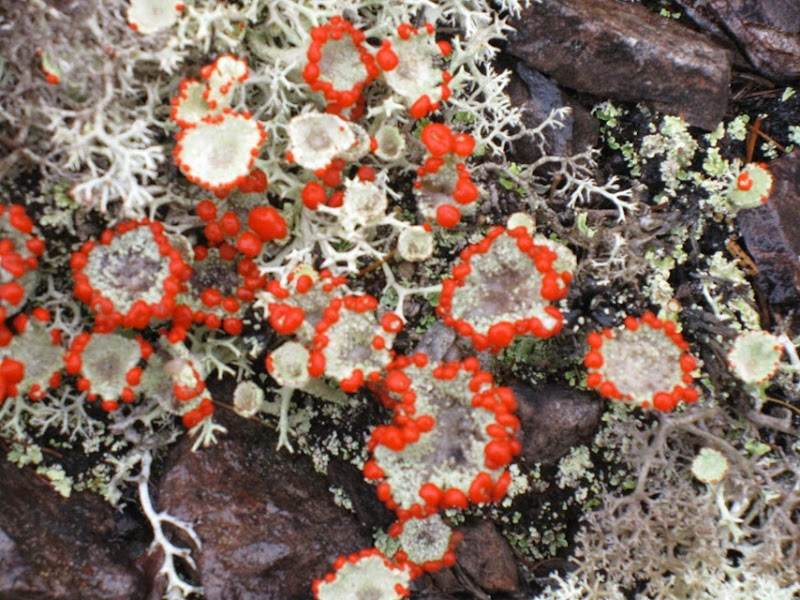 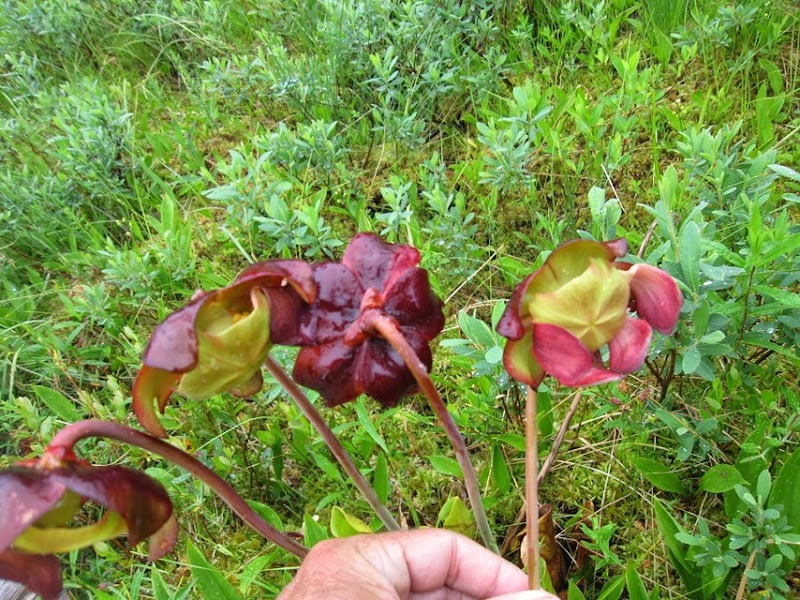 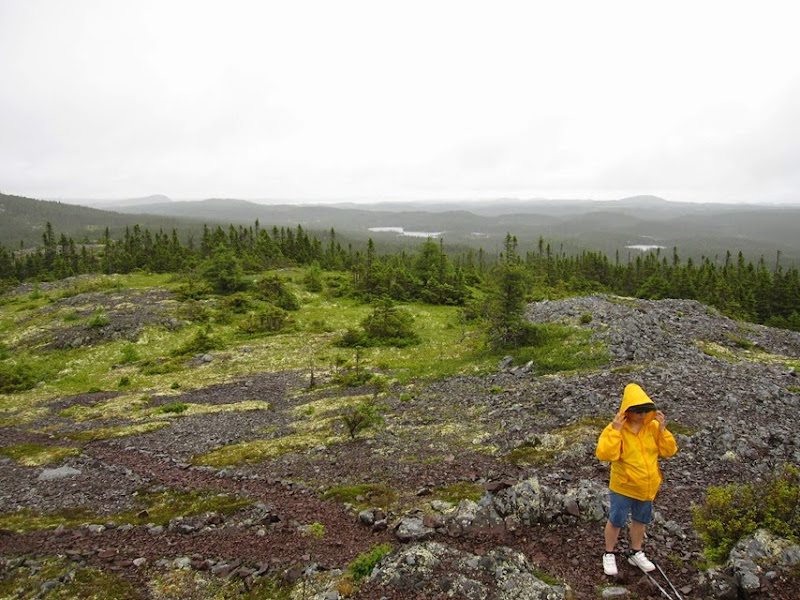 Stuart saw a viewing tower and went to see if there was access to it and there was. As it was not listed in the guide books or signs posted pointing the way to it, nobody knows it is there. As it was, we nearly missed the entry point for the Ochre hike because we drove by the starting point. The tower looked too fragile for me to attempt climbing it and Stuart said it was scary for him too. The stairs were open and steep and according to Trina, a park ranger, the structure sways in the wind too. Stuart said he got a great view at the top of the tower. I was too soggy and nervous to bother. I will get the view from his pictures.

The weather was still lousy so the view wasn’t great but I went up anyway. We will have to come back on a better day. 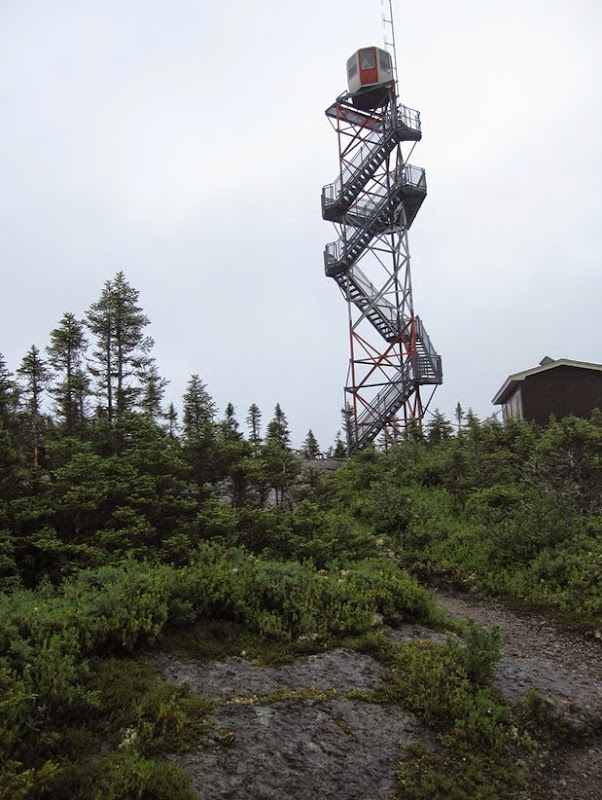 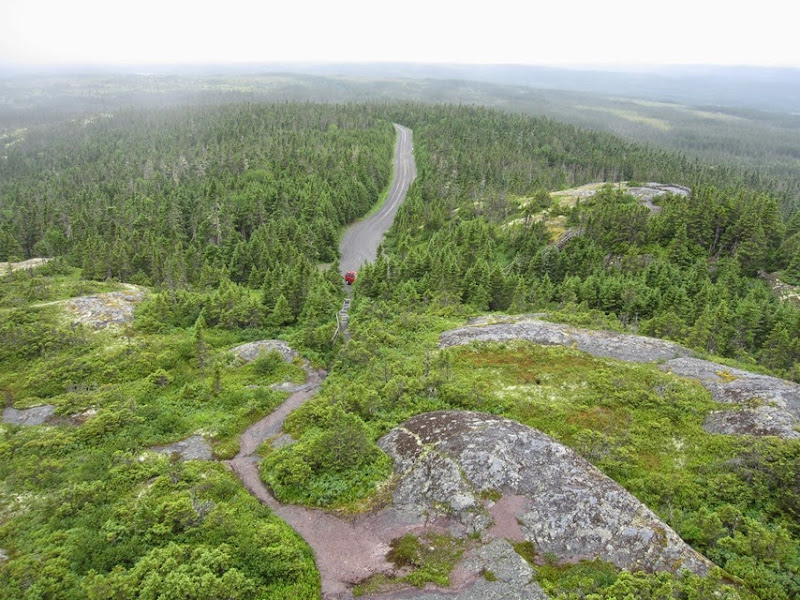 We went home for lunch which was Chinese noodles with scallops to warm us up. After a change of clothes and warm bellies, we fortified ourselves for another hike.

We went for a guided tour @ 3:00 pm at the Visitor Centre, on Trees on the Heritage Trail but it was geared to young people who were to do improv of forest creatures and their homes. Since there were only us we could not fill all the roles so the park staff just walked us around showing us the habitat of some of the threatened and endangered species. We continued on the trail by ourselves heading towards Buckley Cove (4 kms) in the rain. 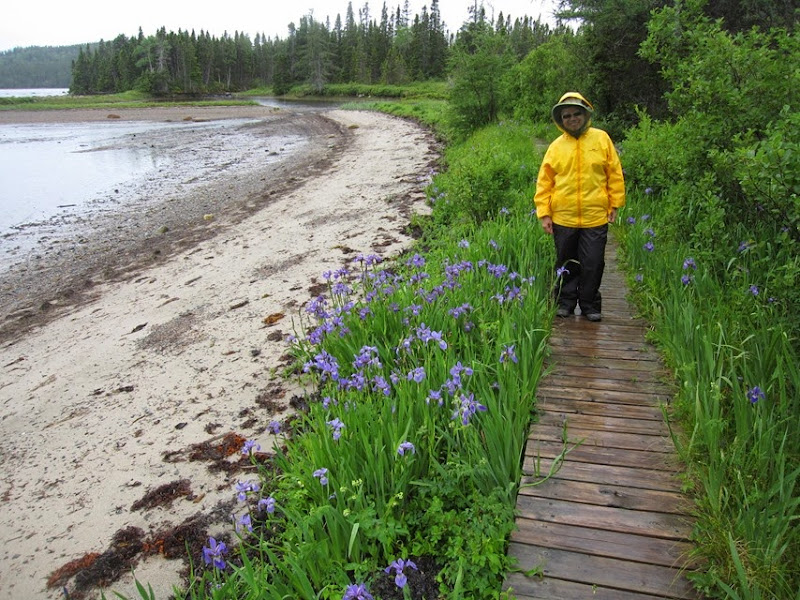 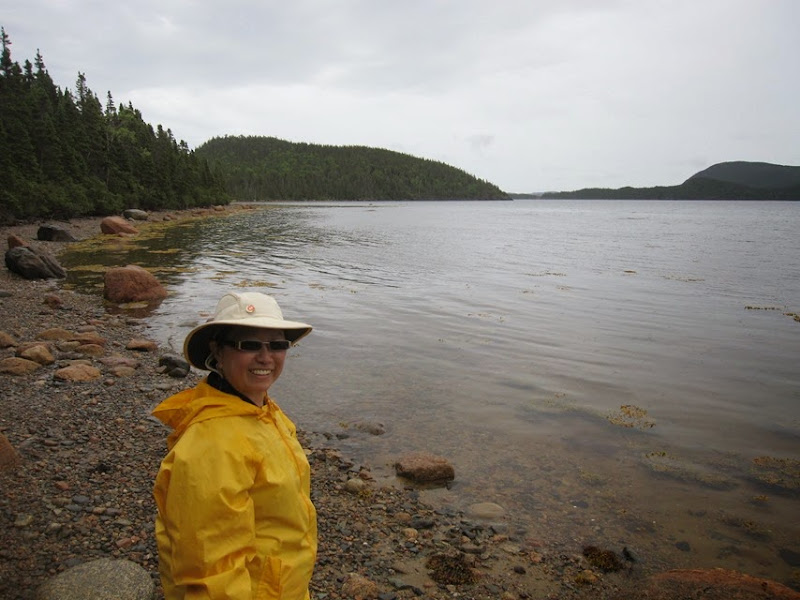 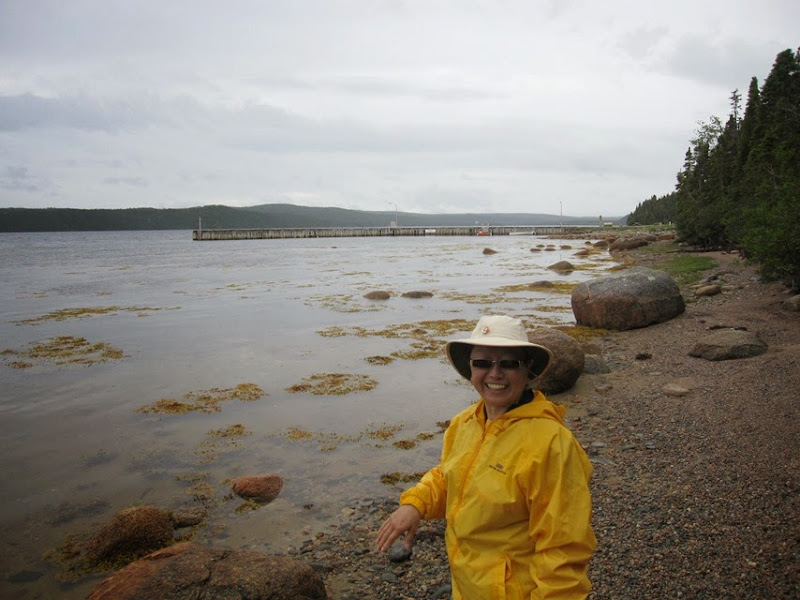 I am tired, wet and hungry. I hate to complain but it is too hot and sticky; making me feel miserable. We had a long day of hiking, 12 kms today. We popped into the Visitor Centre after the hike and had ice cream, messed with some water creatures in the touch tank and Stuart spoke to the park ranger who recommended the Malady and Louil trails.

We went home for a snooze then had dinner.