We travelled back southward down Hwy 430 to Cow Head (for a lobsterfest), as there is no alternate paved road down the eastern coast of the Northern Peninsula. It is a 5 hour drive and that is plenty. The campground was pretty basic but it was right on the shore of the bay so the view was good. 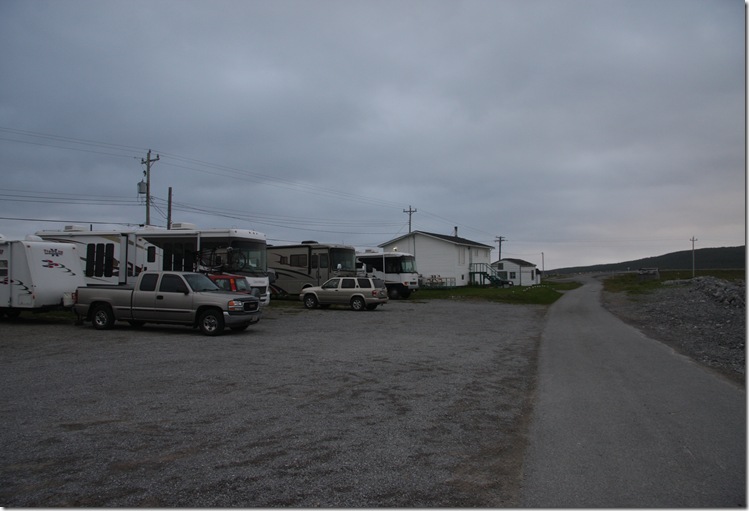 We had noticed when driving north that they had a lobster festival here so we timed our return to catch it. The Church Lobster Dinner was good. 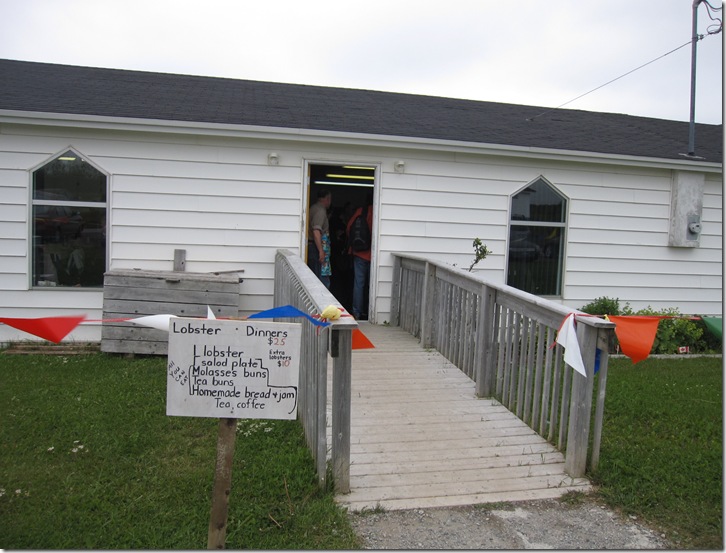 For $25 you got one lobster and all you could eat salad bar, bread, buns, jams and molasses cookies/bread, coffee or tea. For an additional $10 one could have another lobster, which we did share. The volunteers were saying that on Saturday, they served 600 lobsters; over 1000 already and they have ordered more. It was only 4:00 pm but we decided to beat the dinner rush by dining early, in case they ran out, like yesterday. The salad bar was in a little 6’ by 4’ row boat filled with ice and bowls of salads; corn & apple, coleslaw, mustard or beet potato salad, macaroni, chef, cold rice, etc.

After that huge meal, it was necessary to go for another hike to work off the calories and assist the digestion or we would not have a very good night’s rest. The Lighthouse Trail (3 kms) is a rugged trek climbing stairs, through a dense, green forest and then white forest that looked dead, finally opening up to the Gulf. From the point, you could see the lookout by the lighthouse and see the narrow road that connects this town to the mainland. 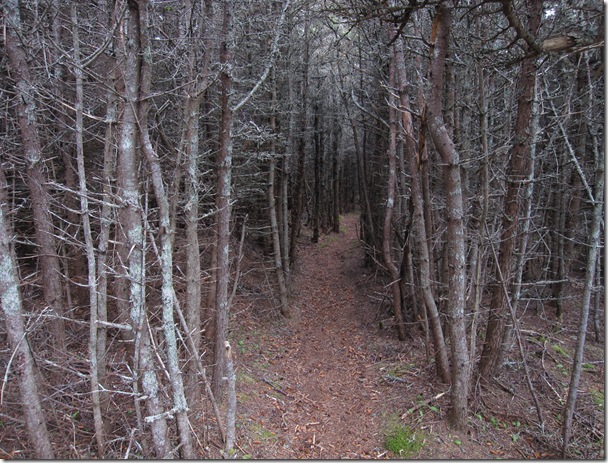 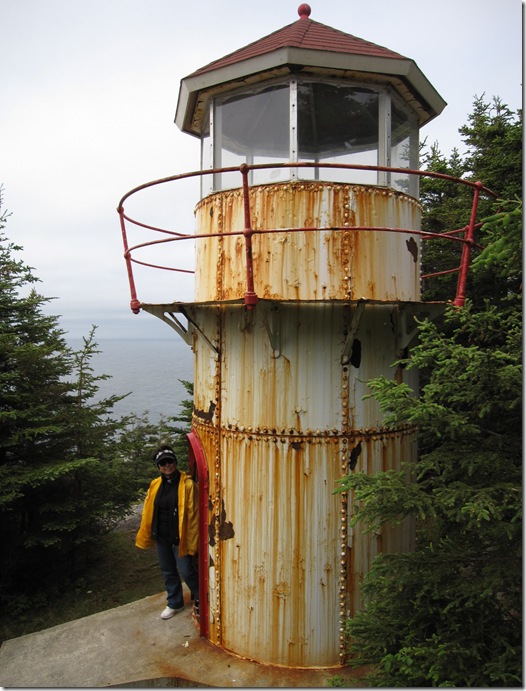 The trees were so dense it was like emerging from a cave at the end near the point. 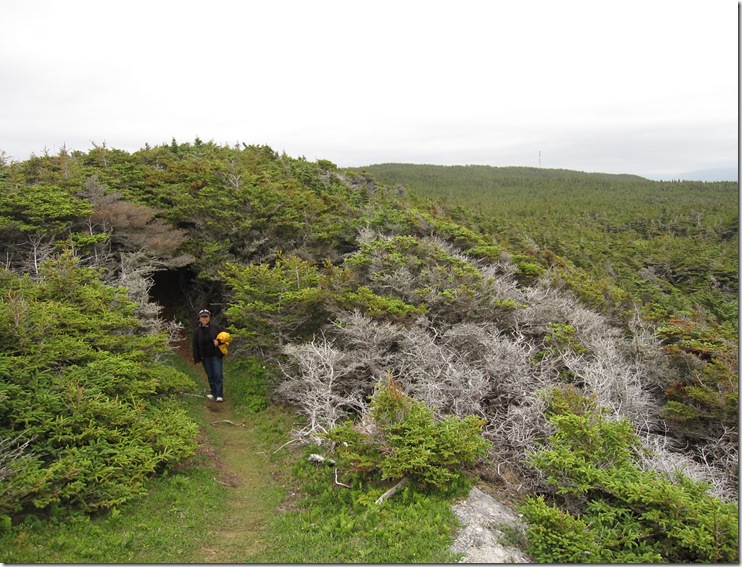 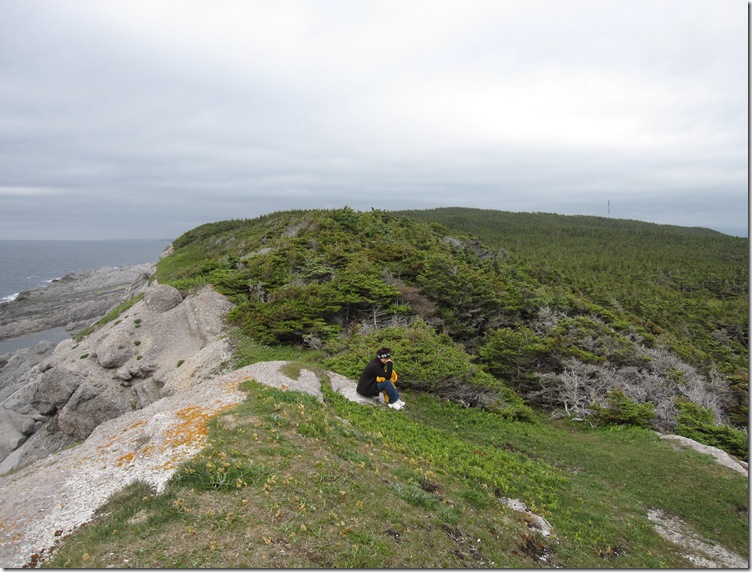 For the return route we took the lower path that runs along the bottom where the trees were not as dense. Near the end, we met a couple of musicians who had played at the Canada weekend celebration in town who were heading out for the trail. They felt that their 20 minute stint did not go as well as the 3 hour session they had last week performing. The woman was one of those artsy women with the long silver hair and he was dressed like a mechanic on overalls. She was wearing a hood because she said the bugs had a thing for her right side; mine too. The last few lumps have been above and behind the right ear. They are retired now but spend half the year in Florida and the rest at home in Cow Head. It is a lovely little place for bohemians to live, as the scenery is magnificent. In the distance one can see the beautiful mountains of Gros Morne.

I was thinking about what Liz & Rick (from the Viking Feast) said about the housing upgrades and it is true. The government offered everyone 80% rebates for energy efficiency upgrades and en mass the whole town took advantage of the grants to renovate, expand and reface the exteriors with vinyl siding. The little towns and villages have lost their hominess, quaint appeal, variations on dwellings and now every home looks pretty much the same. Most are the white siding with attempts to add contrast trims or small differentiating features but villages look more like housing developments that fishing villages. The expression of character and friendliness (or poverty) has been masked by the outward appearance of the city look.