Today is a nice day, contrary to last night’s forecast that was revised this morning. The climate does change rapidly in this province from morning to night and it is difficult to dress comfortable for the day. It was cool to start off when we left the RV. We drove to Signal Hill to see the historical site and hike some trails.

Inside the Visitor’s Centre there was a movie about the military significance of this hill and how first the French took it over to maintain the fishing rights and then the Americans of the Civil War threatened the fortress and finally the Germans with WWI and their submarines and U-boats menacing the port. There is a military tattoo going on which is an additional $5 to view a half hour scene of a battle. Having watched a long drawn out re-enactment at Fort Louisburg, we skip on this one.

We took the Explora Self-Guided Tour available at the visitors center. It is a GPS that brings up information as you walk near significant points of the Signal Hill Trail. 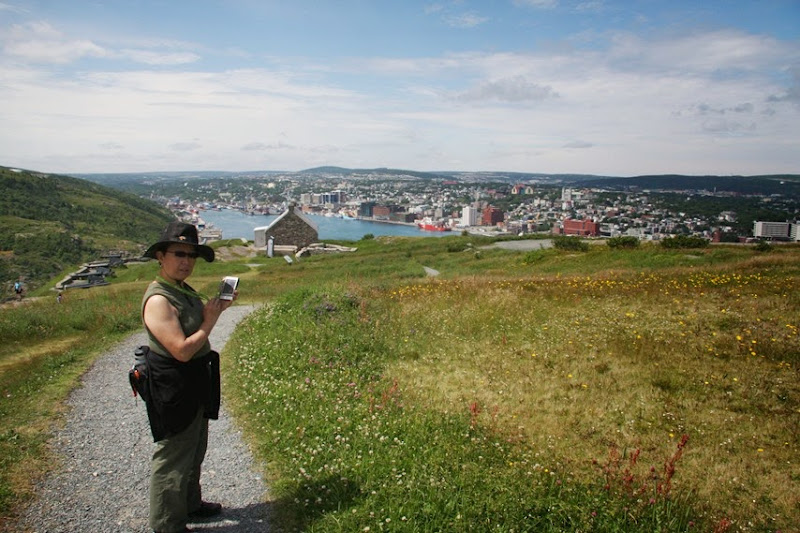 The signal tower with me up top. 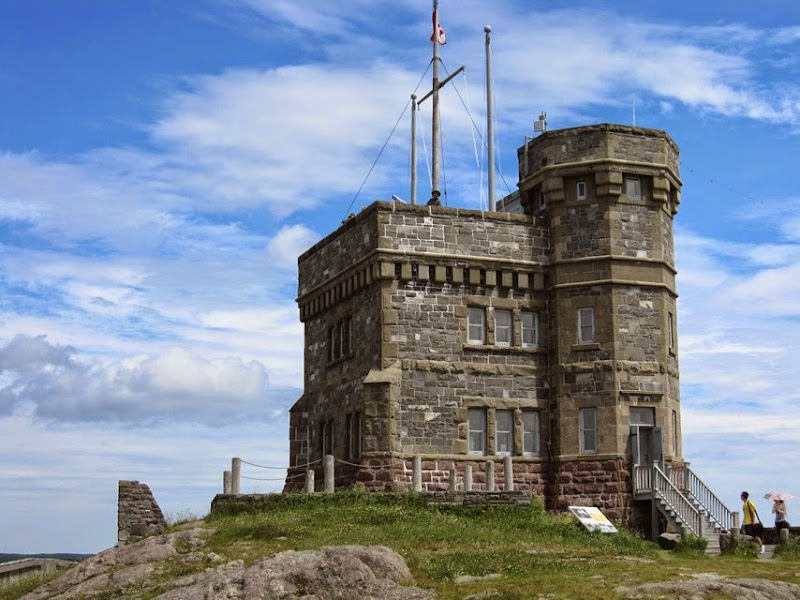 Jennie heading in to check out the gift shop. 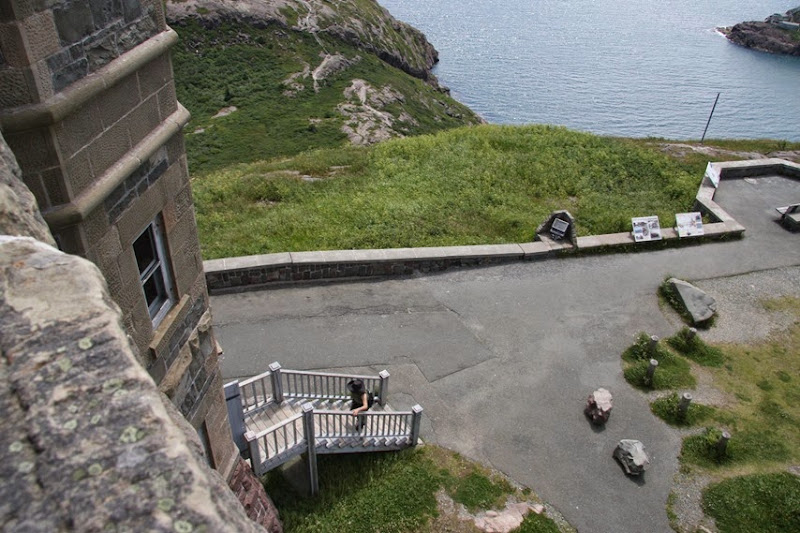 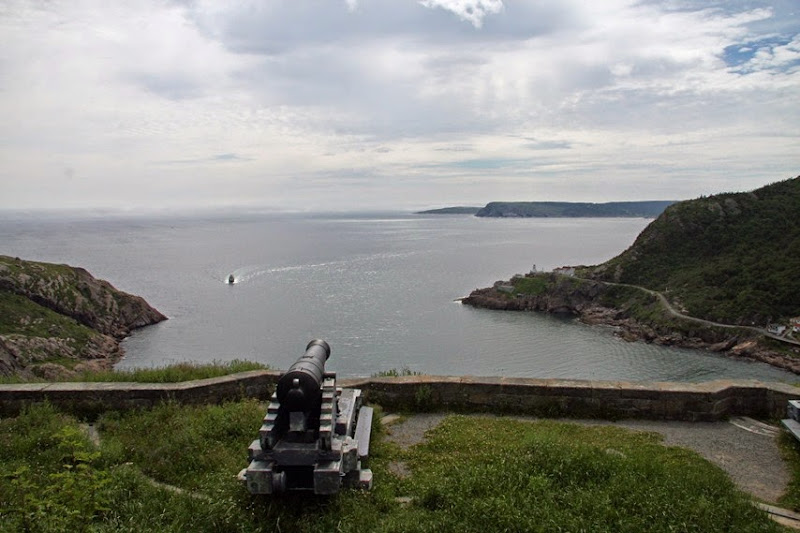 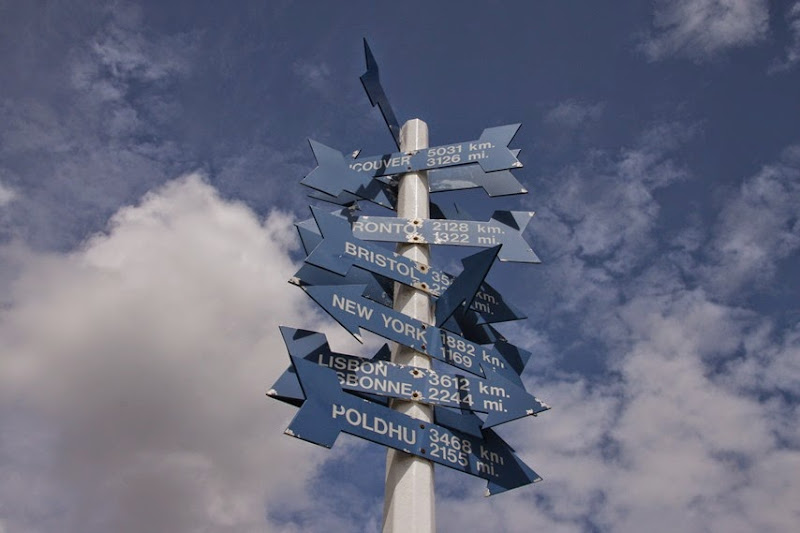 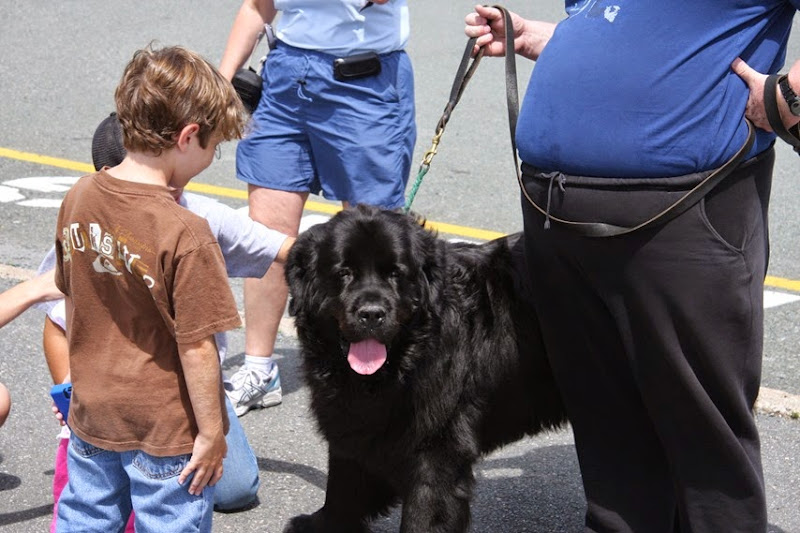 The view down into St. John’s harbour. 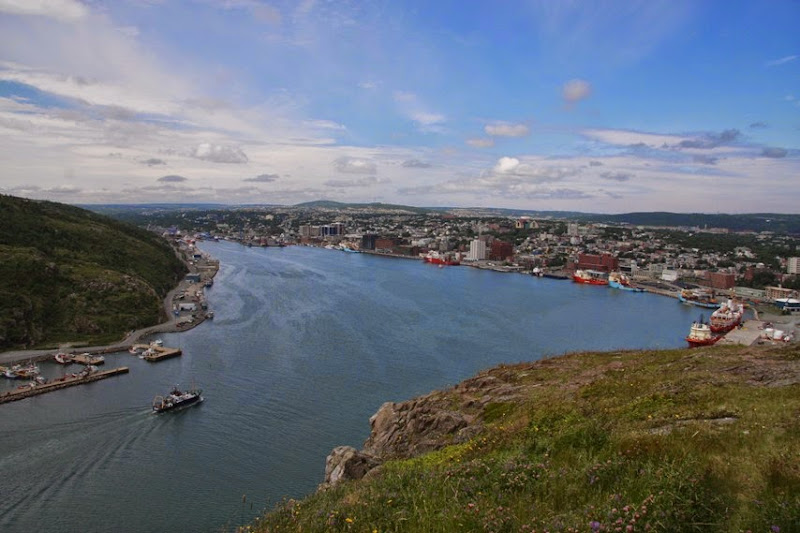 The trail went down a very steep set of stairs to the headlands in front of the tower. 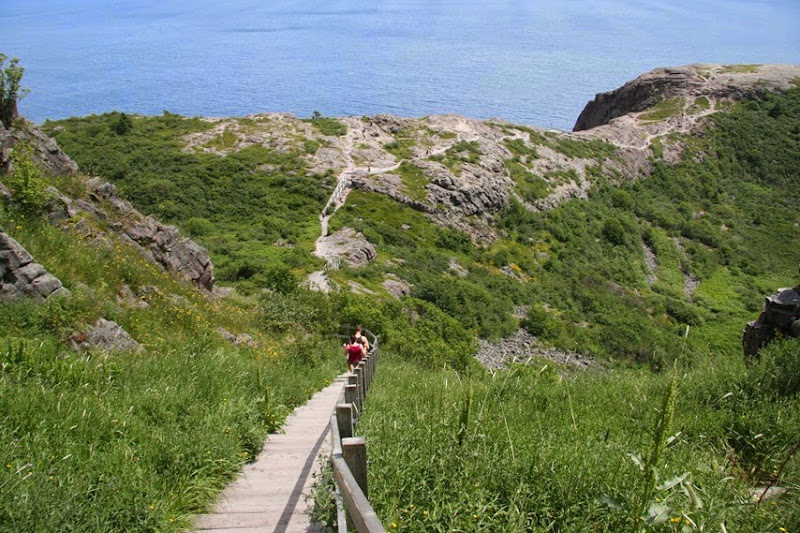 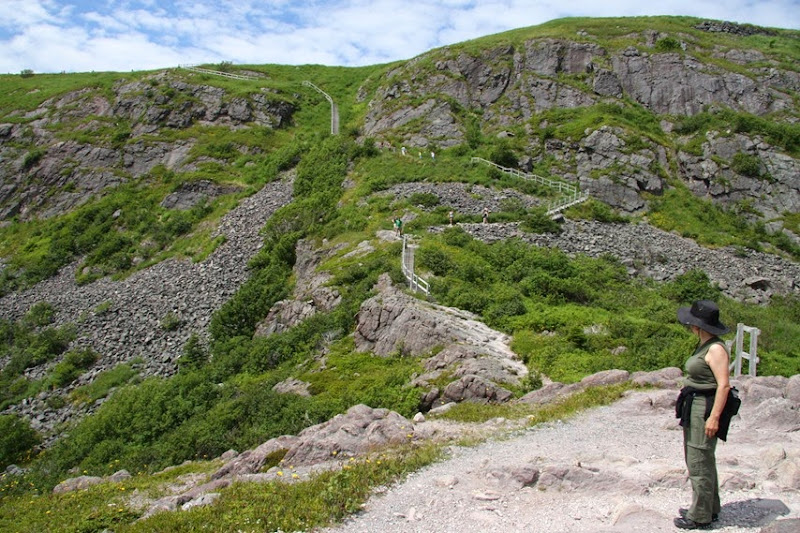 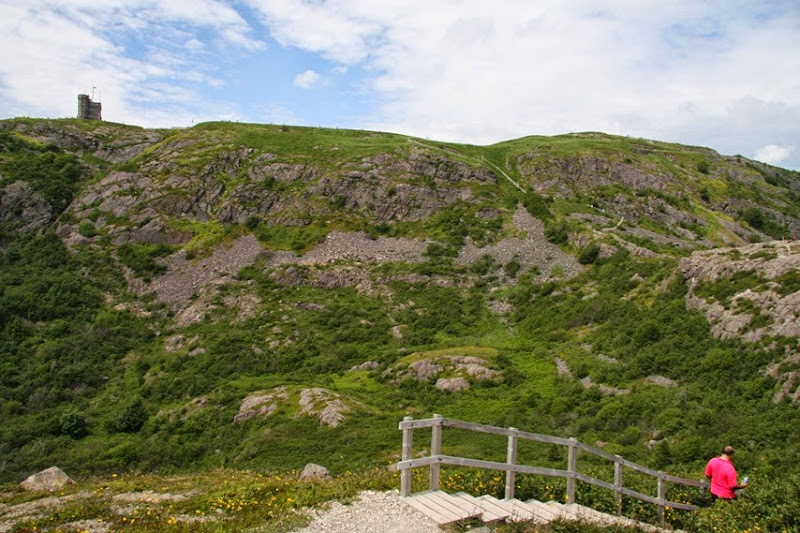 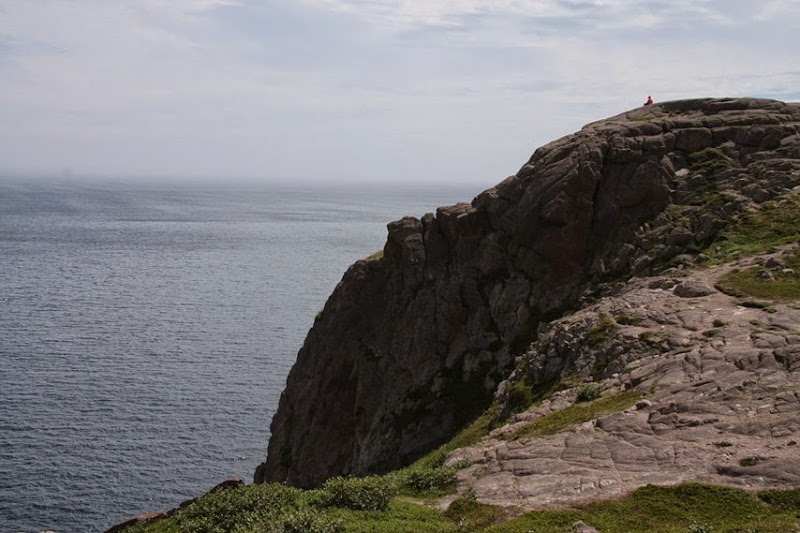 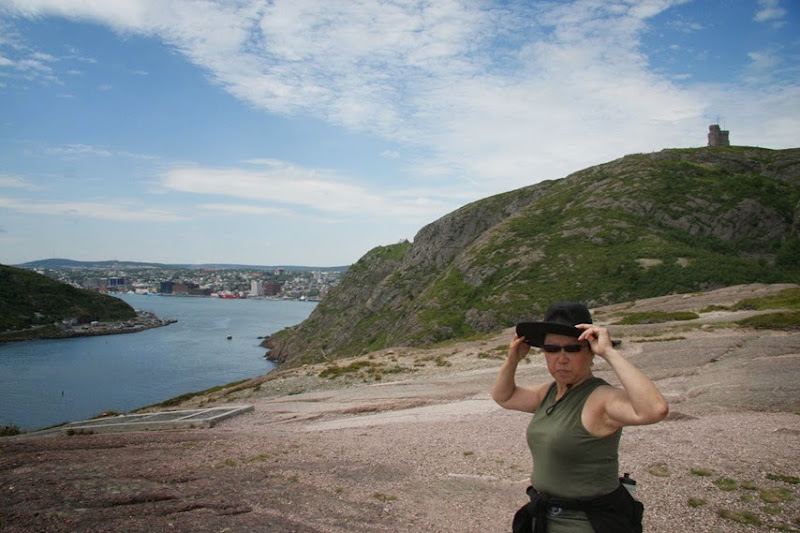 Then it got even scarier. You can see the trail clinging to the cliff near the water below the tower in the picture below. 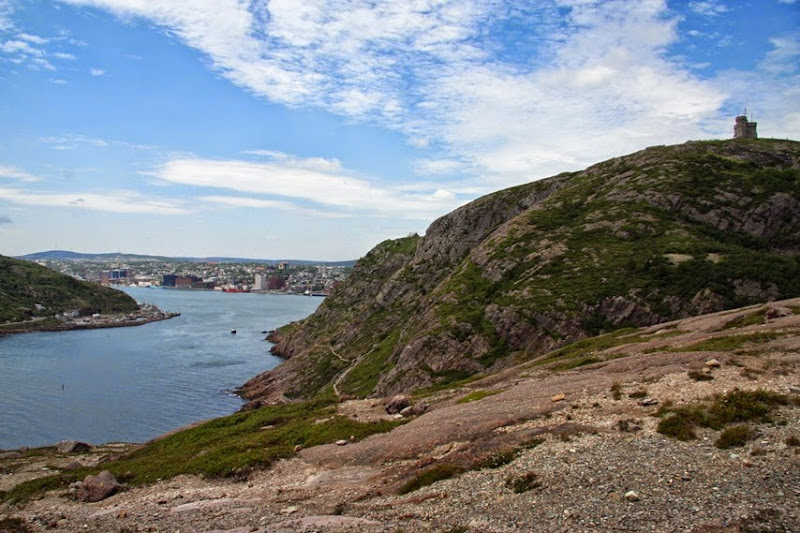 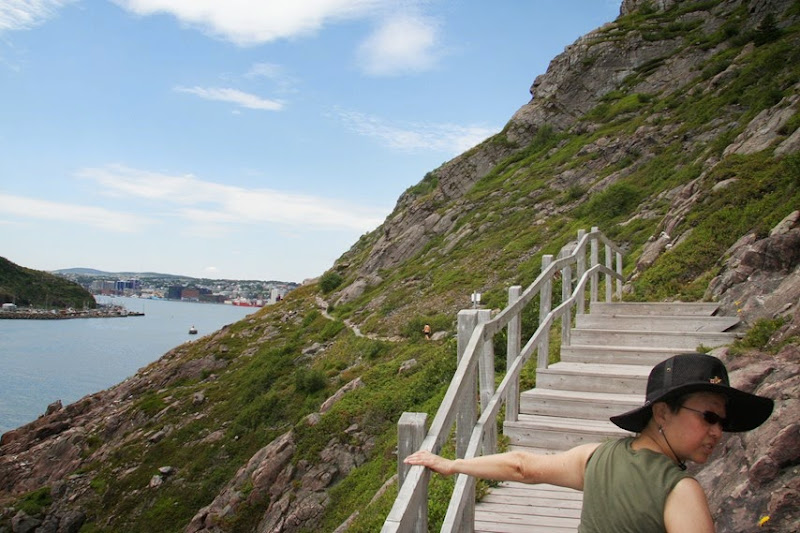 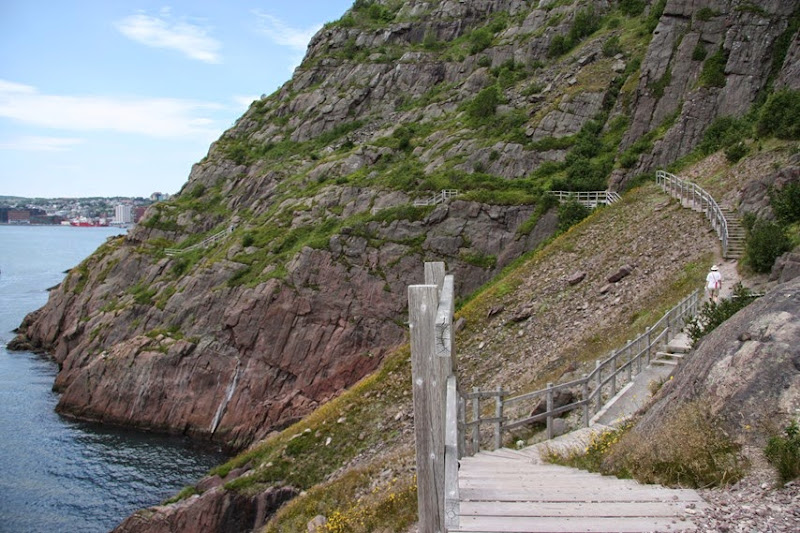 Then you walk through a interesting district called the Lower Battery. It was unique the way all the little homes were built into the mountain, squeezed into crevices and incorporating the features of the rock into the architecture and layout. Here the colours were vibrant and typical of what is advertised in the travel brochures. I think that the artist studios are situated in this district, as it has a succinct bohemian flavour to the area. We lost track of time and are very hungry now but lunch is in the CRV back at the parking lot near the Visitor’s Centre at the top. 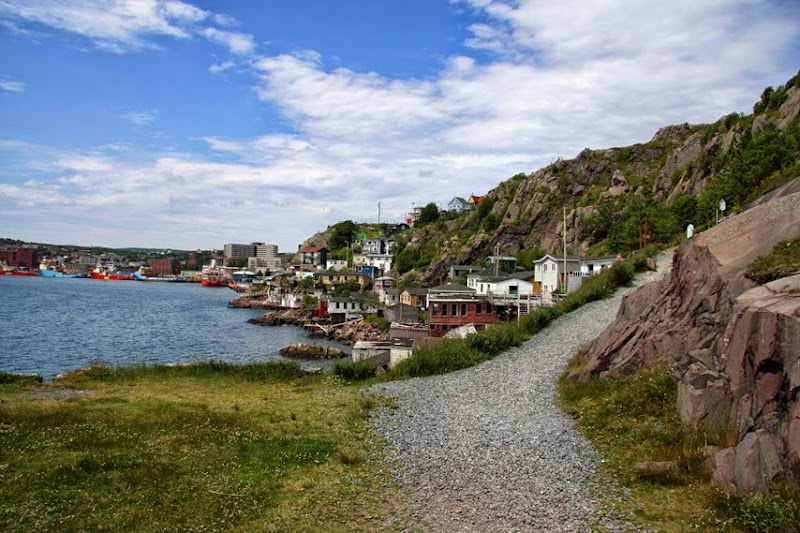 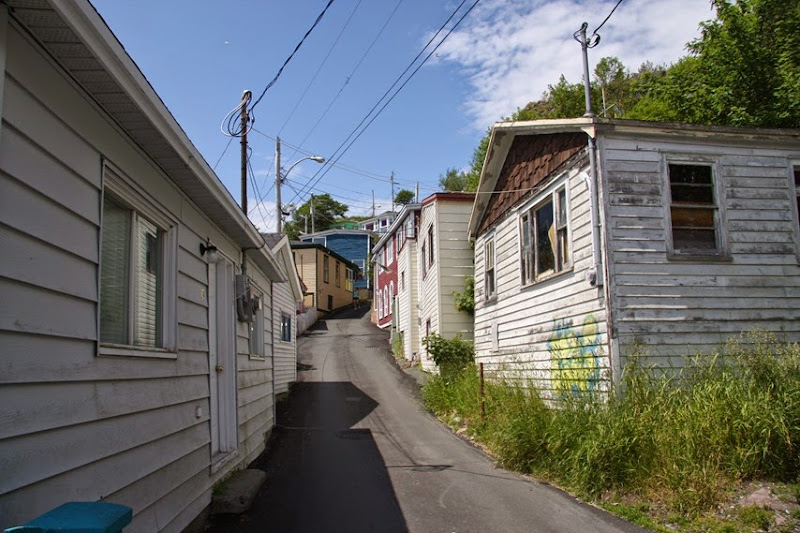 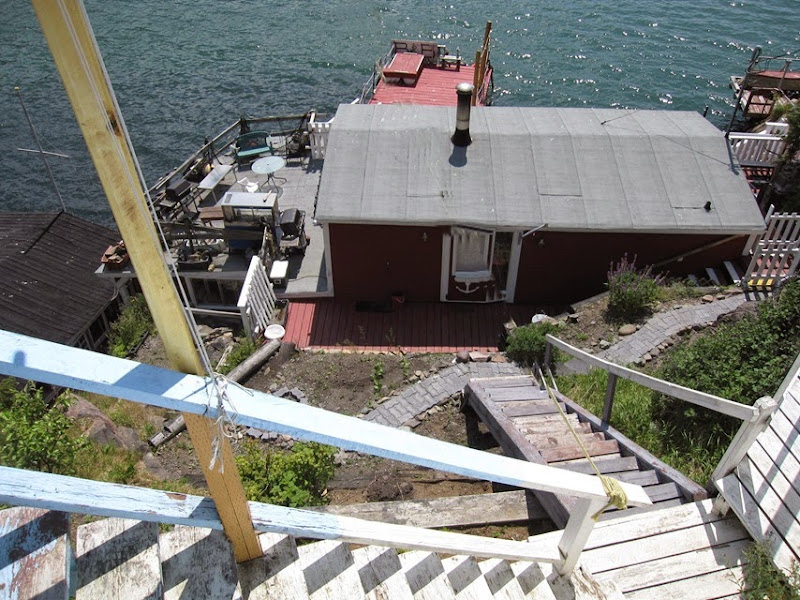 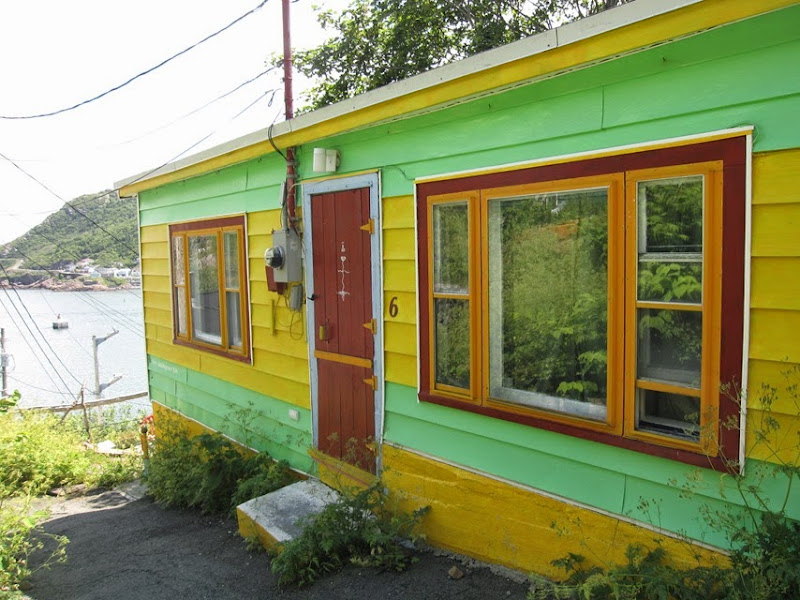 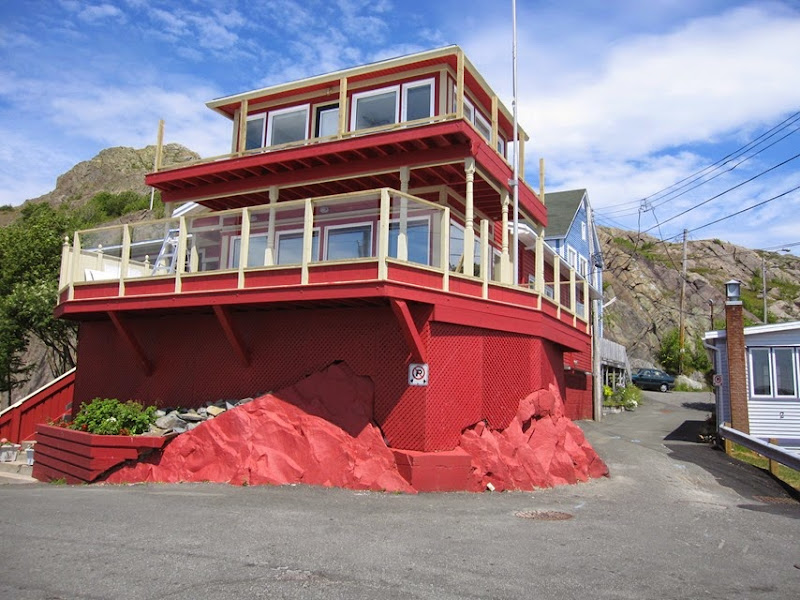 Then up some steep stairs back towards the visitors center. 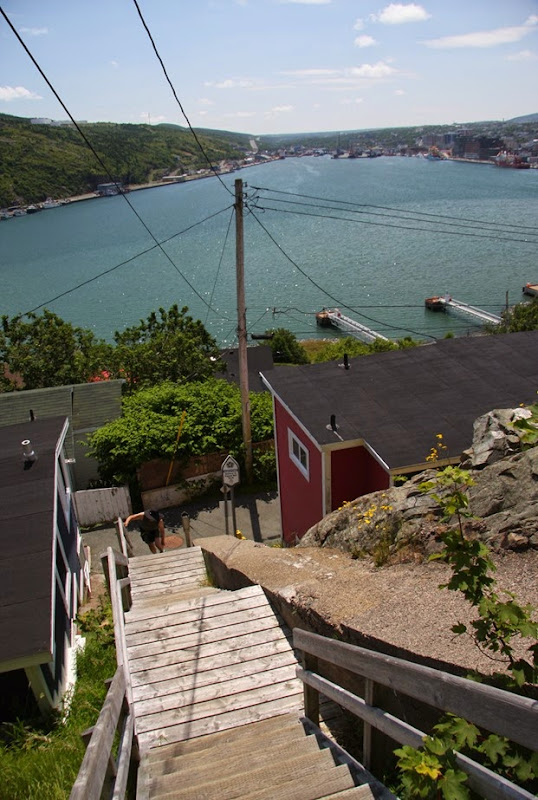 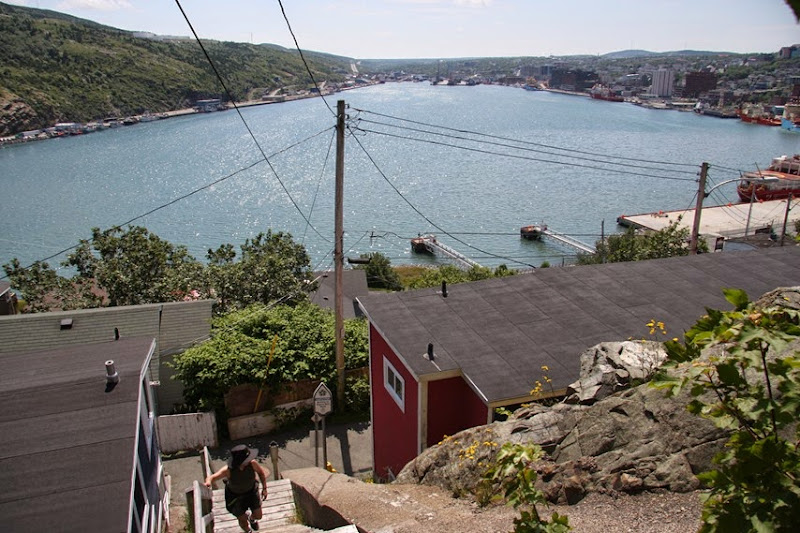 Finally we make it back to the CRV, grab out lunch and picnic overlooking the harbour and the city in the background. We drank all our water and went back up to fill the bottle, as our thirst was not quenched from the long hot hike. I was exhausted and had to have a nap before taking in addition sights.

There was a military display going on at the visitor’s center. You had to pay to get close. We just watched from the parking lot. 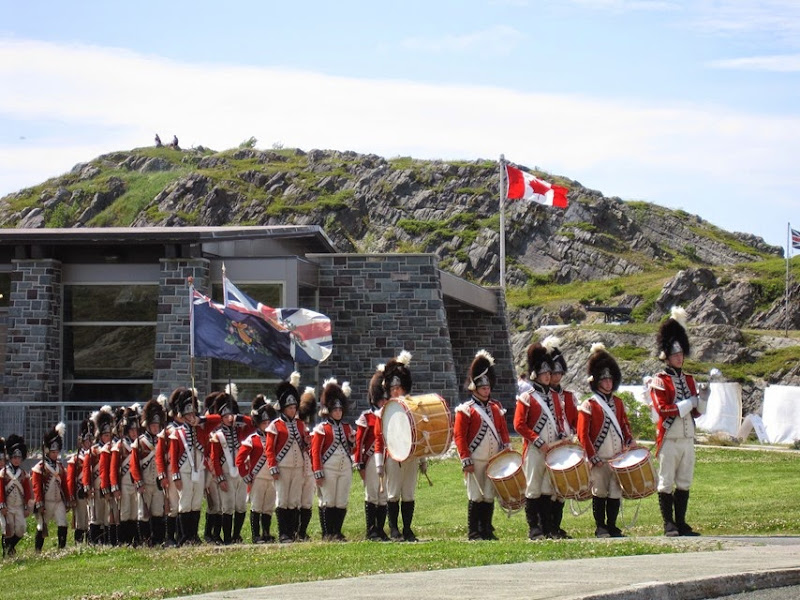 It was still early so we drove along the northern tip of the Avalon Peninsula on the Killick Coast Scenic Route passing through Torbay, Pouch Cove, Portugal Cove and then back to the campground.

I was tired of walking so we needed to just view some scenery from the car for a bit. This seems to be the suburb of the city where all the large houses and wealthy have purchased properties with a view. These people can look out their windows and see waves from the Atlantic Ocean crashing on the rocks. I would imagine that although it is pretty in the summer, the winters are harsh and the winds are stiff most of the year. 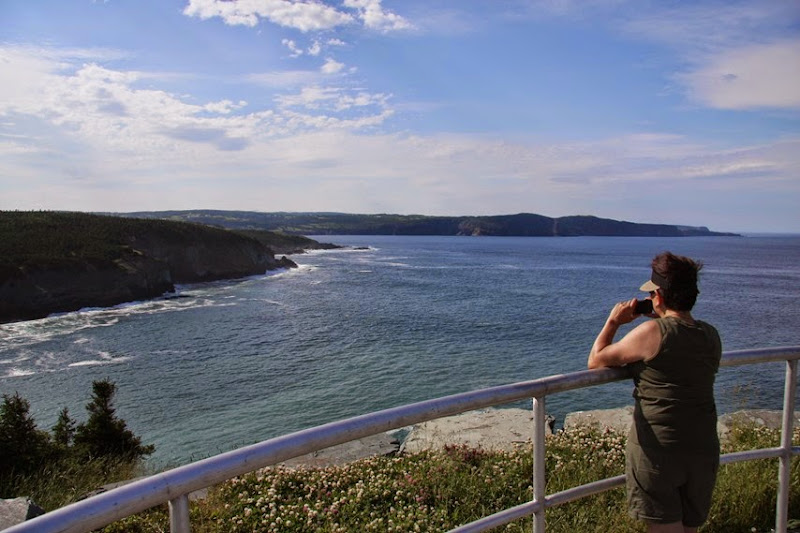 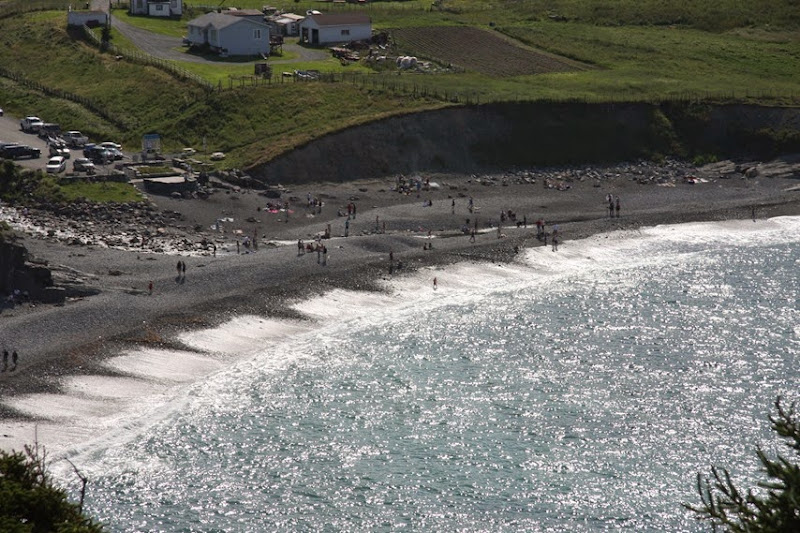 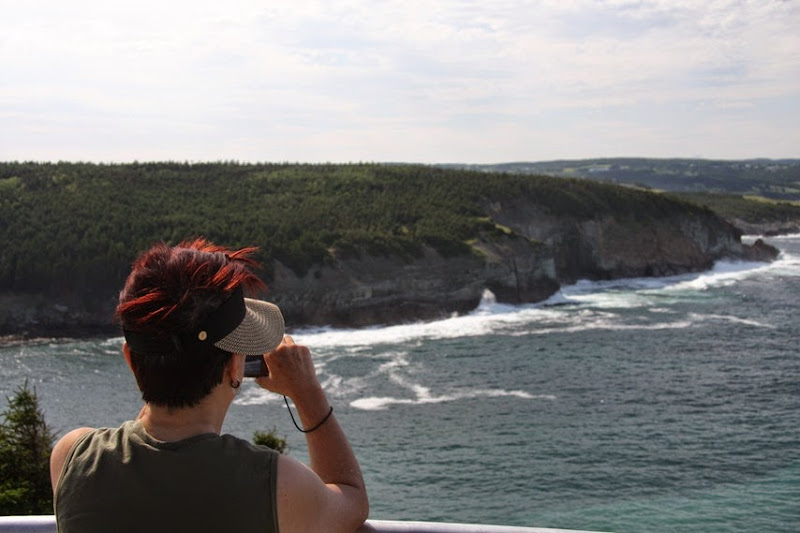