Today starts out cool (150 C) in St. John’s which meant it was a great night for sleeping and since the sun promises to shine today, it should warm up for some hikes. We are dressed for the cooler temperatures, as we have booked ourselves on a boat tour to look for whales up close. So far, we have seen numerous ones from the distance and most of them have been Minkes, smaller and harder to spot and I am hoping to be close up and see a tail. We are too late booking the 11:00 am ride but have reservations for the 4:30 pm in order to get in some other activities for this good weather day.

We started out at 10:00 am for Cape Spears to look at the historical lighthouse and walk some trails along the coastline. There are 585 stairs to climb from the parking lot to get to the lighthouse and I did them twice because when I got to the top, viewed the keeper’s home and read the info boards, I wanted to go to the bathroom before starting a hike. Unfortunately, the facilities were at the base and I was not. 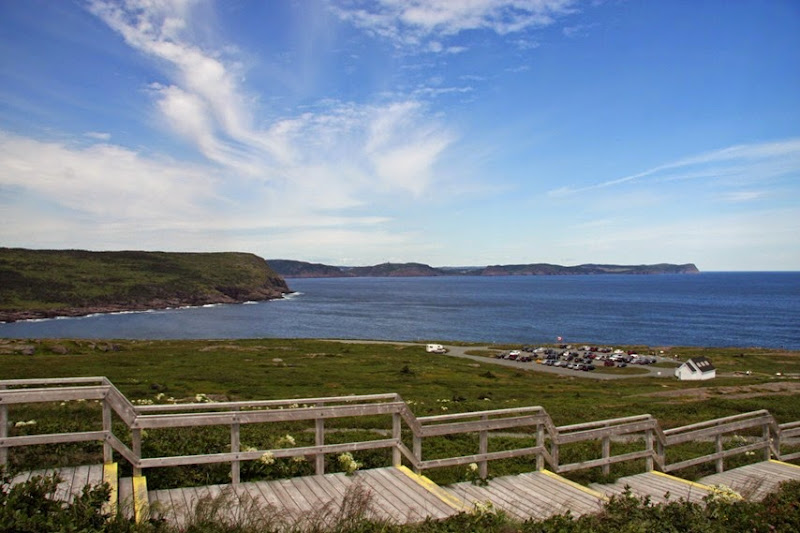 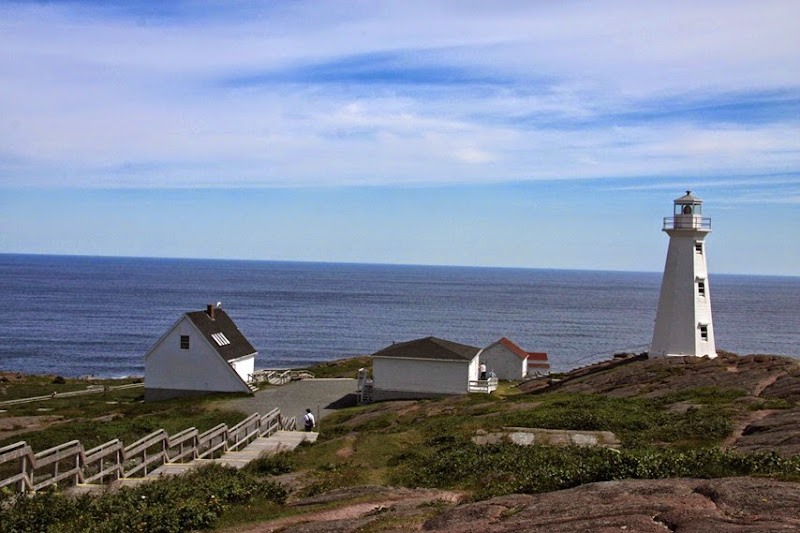 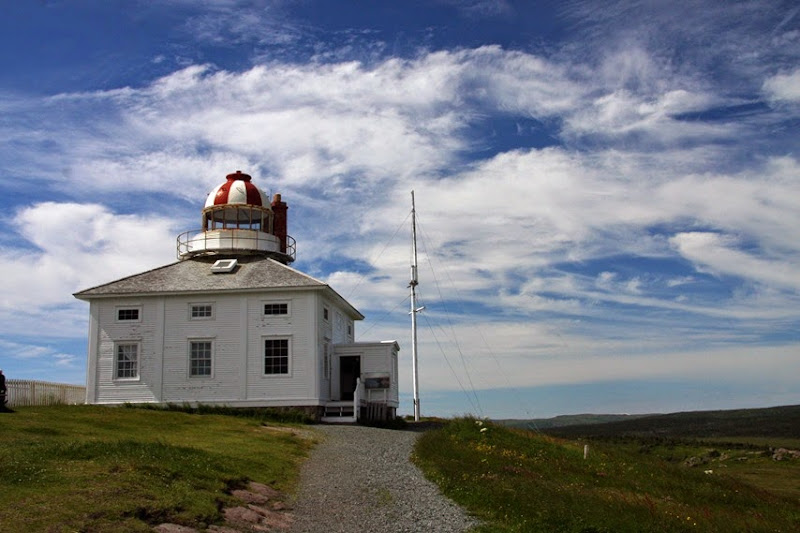 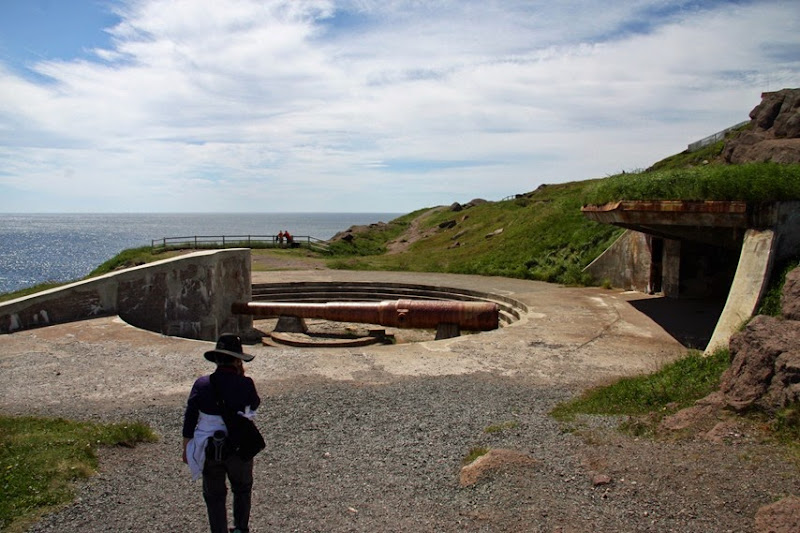 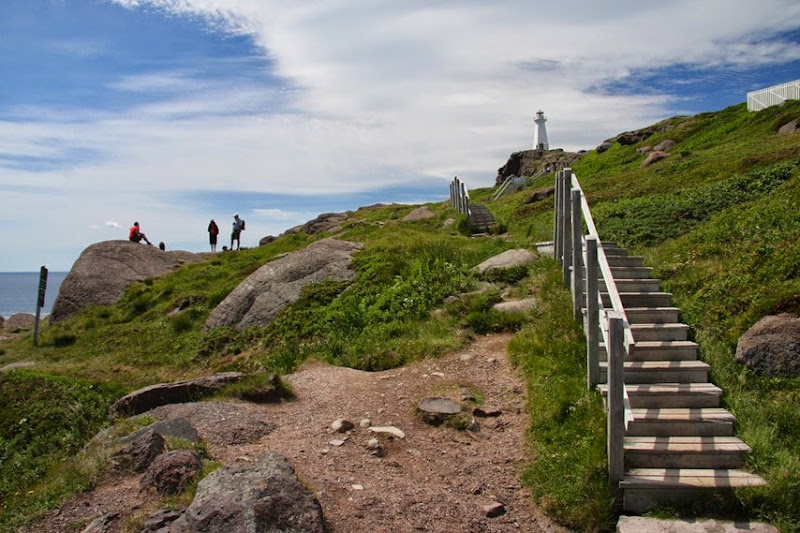 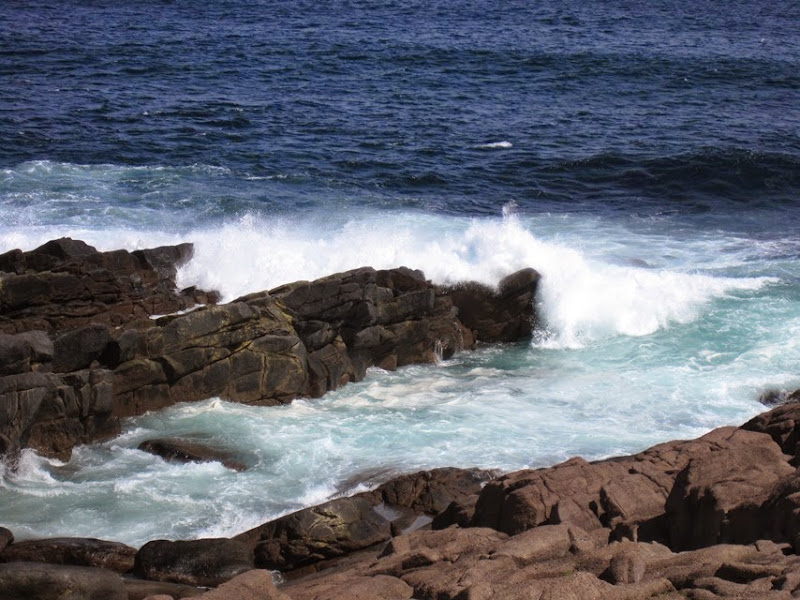 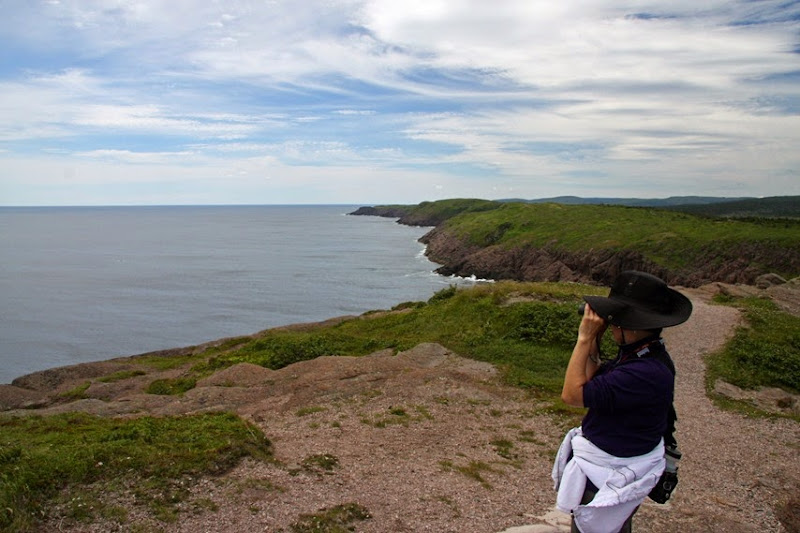 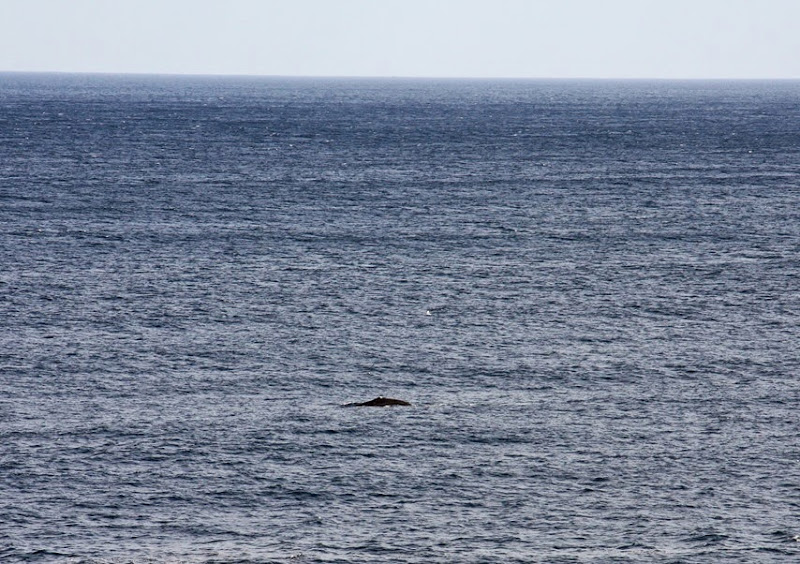 We were looking for another trail but Stuart thinks we should try to get on an earlier O’Brien’s boat tour because the dock is near Cape Spears so we drove over to see what could be arranged. Sure enough, there is room on the 2:15 ride, so we get our gear together. 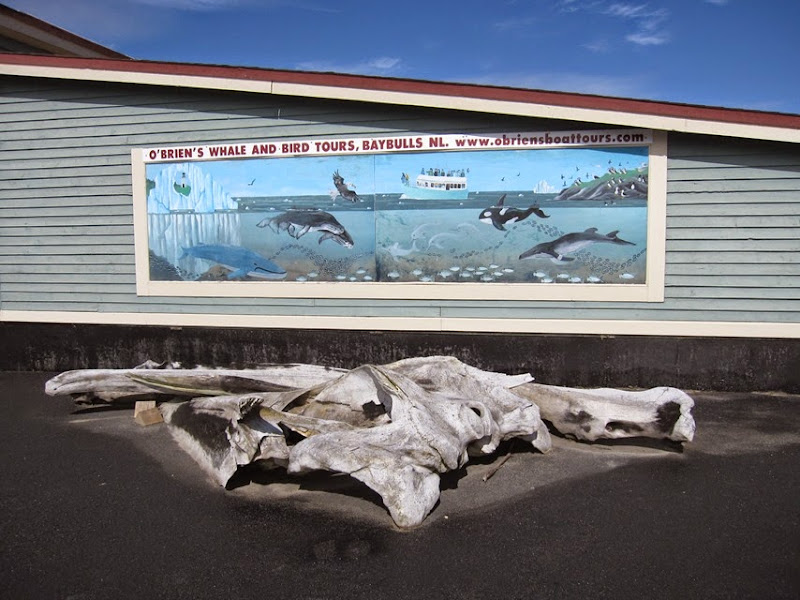 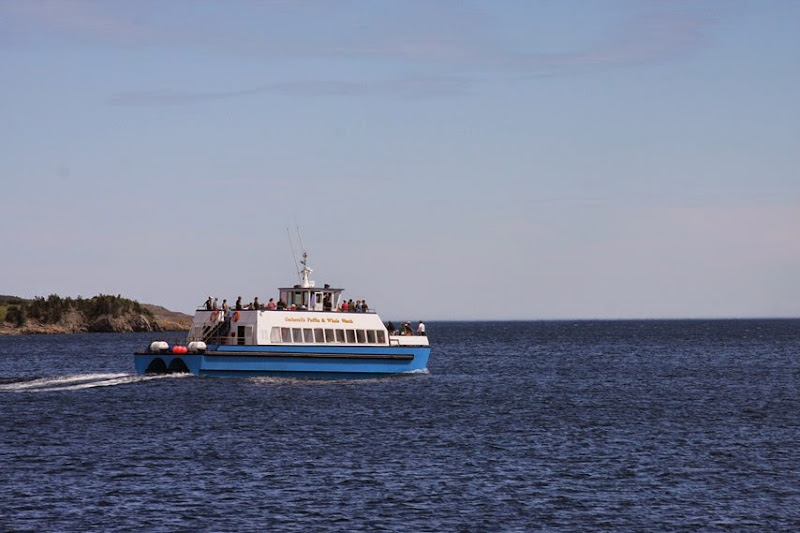 It was a while before some whales were spotted but once a pair was found, we had a great time trying to get them to show us a fin or their tail. Patiently we circled and followed until our wishes were fulfilled; one of the humpbacks gave us the whole show, top and bottom side; black and white of the tail. I hope I got it all on film. S got some great pictures too. I am happy now.

There was a zodiac vessel taking out spectators for the same sights. Each passenger had to wear a plastic overall, as it was a certainty that they would be getting wet. I did not want to be that close in such a small vessel hoping to be up front and personal with a mammal that large in a small craft. I felt much safer in this boat we took. 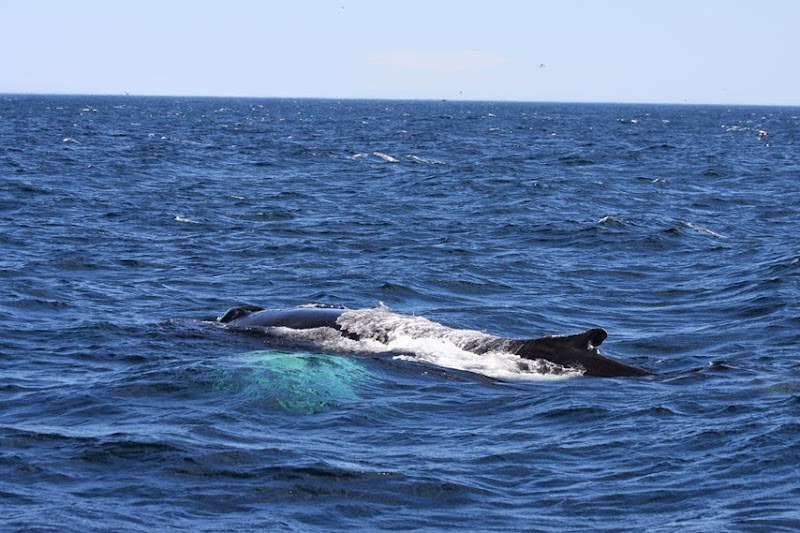 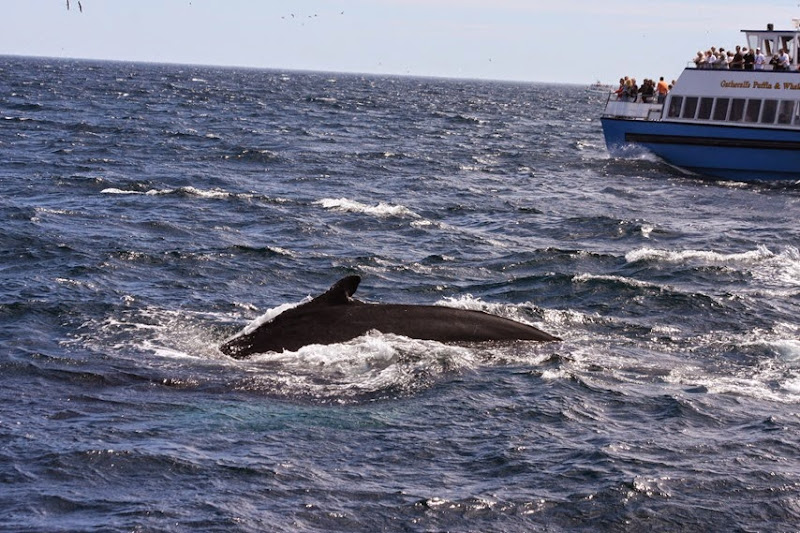 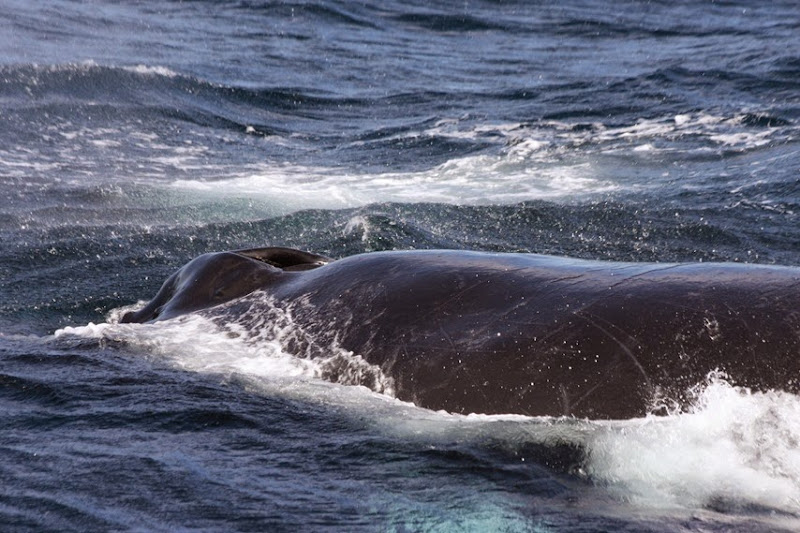 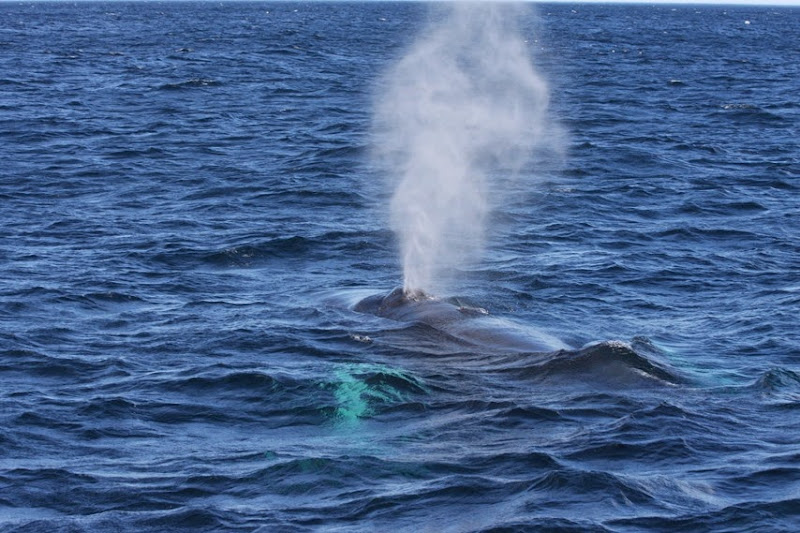 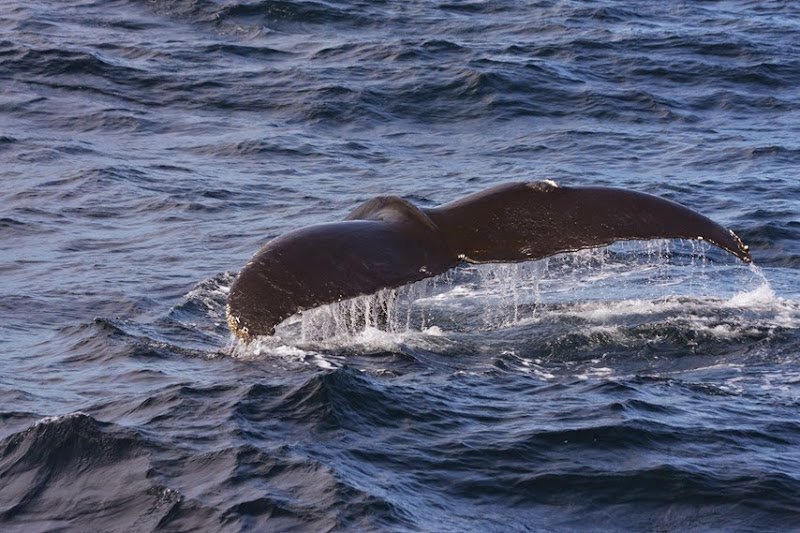 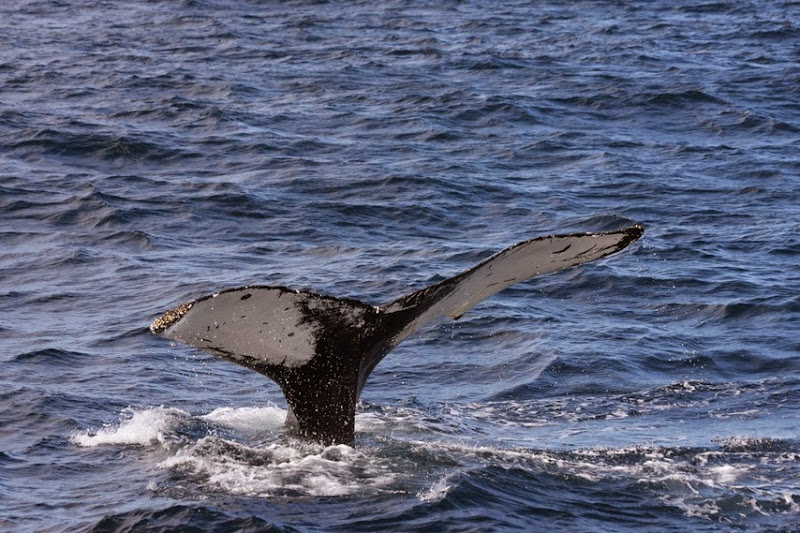 After parting company with the whales, we toured the bird sanctuary where millions of them have colonized the cliffs along the coast. There were puffins, herring gulls, big surs and others; some babies and others were trying to hatch their eggs. The whole side of this long stretch was covered with nesting birds. Puffins are terrible flyers so the dig trenches into the side of the hill, six feet long burrowing into roots of trees to lay the eggs and hatch them. It is easy to tell where the puffins are hole, versus the other hatcheries. 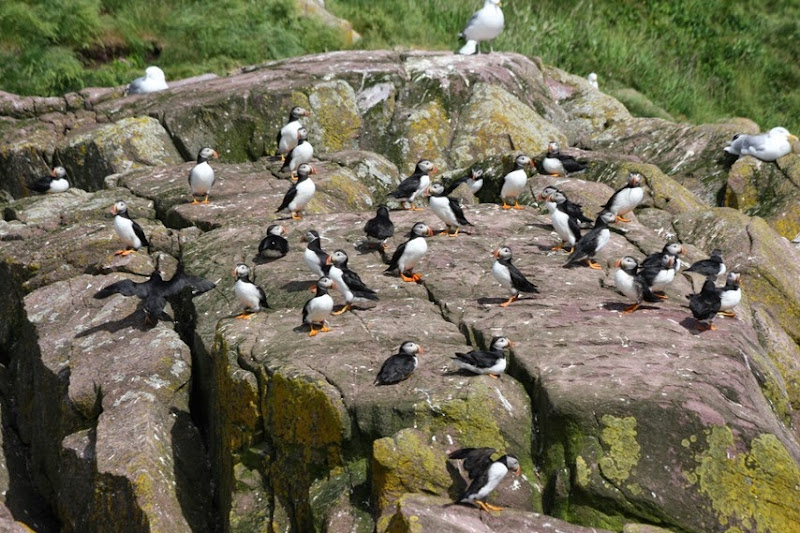 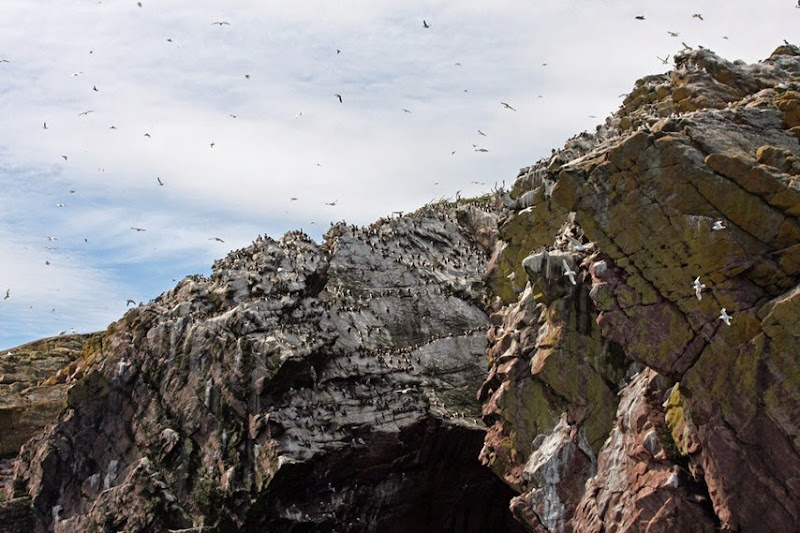 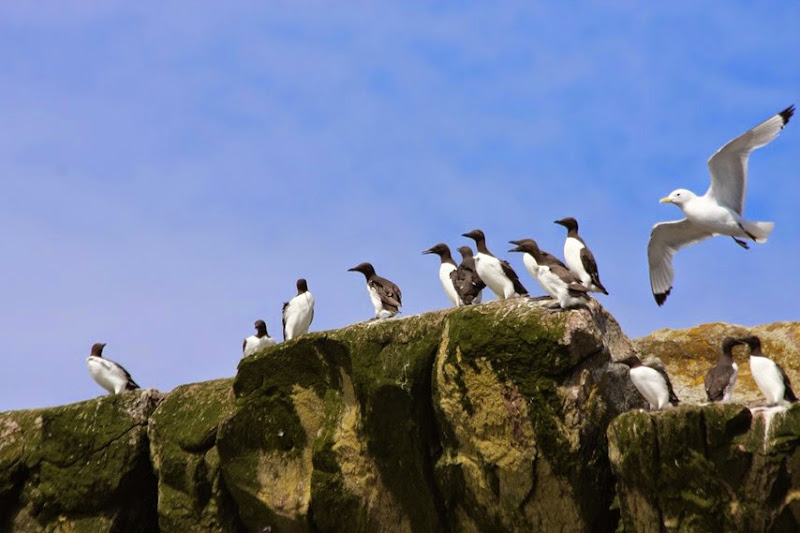 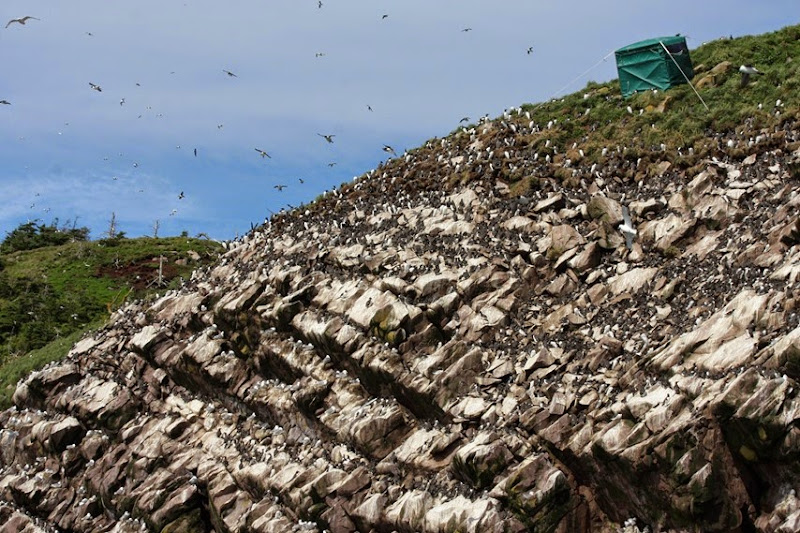 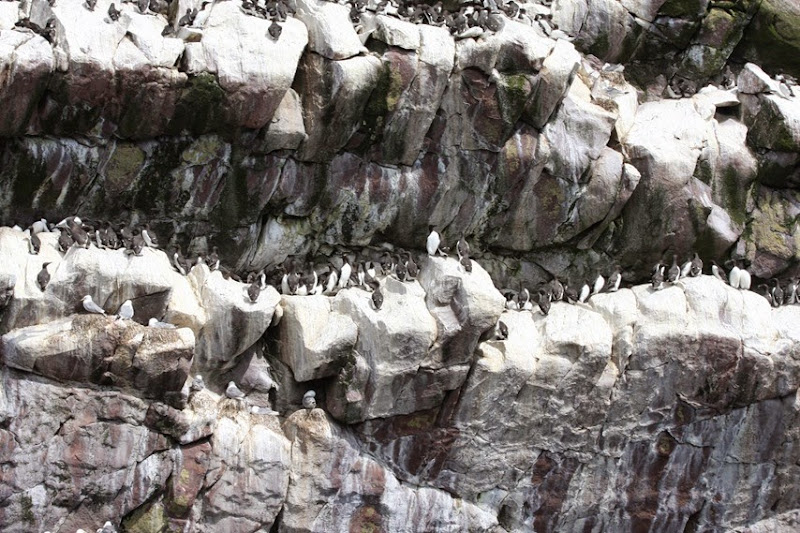 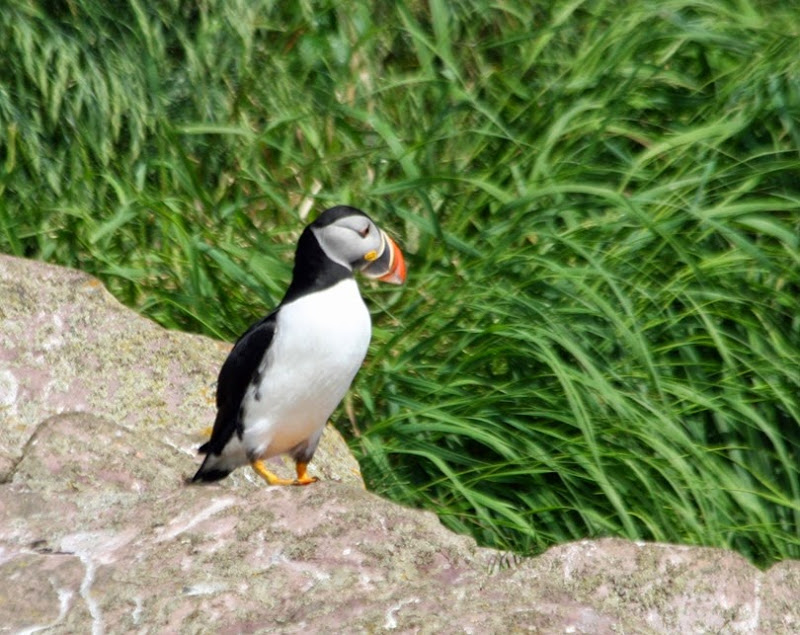 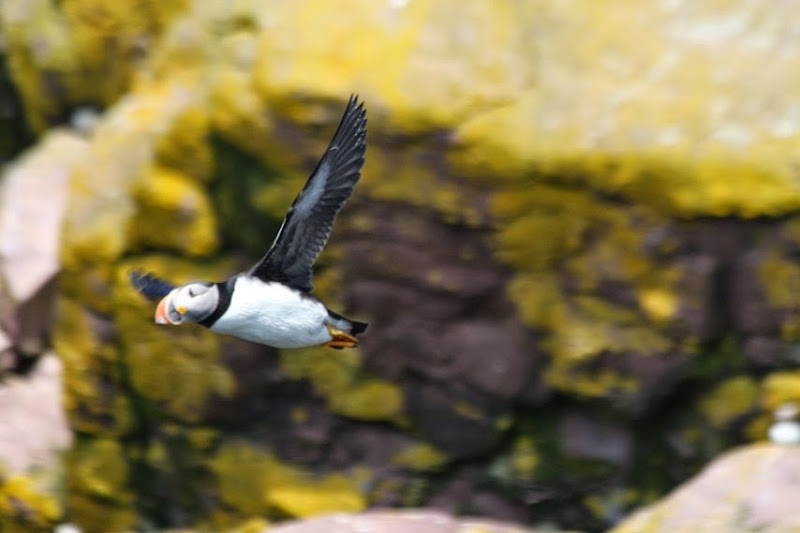 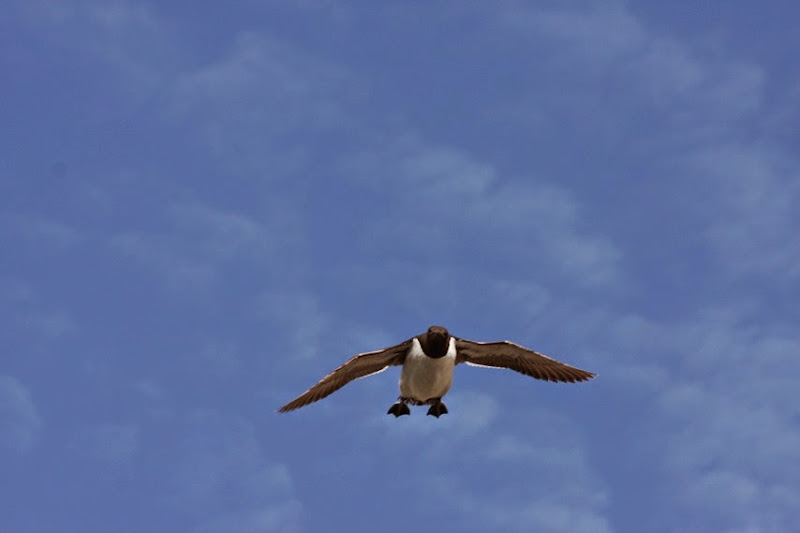 Heading home we saw this fishing boat bouncing in the waves. 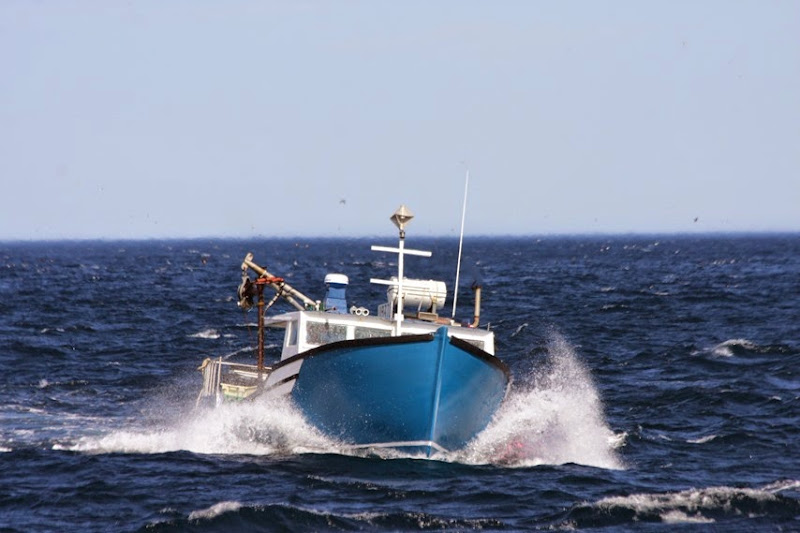 We had a nice long tour and got some great footage of whales and puffins. The weather was perfect; we did not get wet or cold; no poop from above, the boat was not too crowded and we had a good time. Finally, another item is off my bucket list. There is still a lot of things to do but for now, life is good.

As we head back to the RV, we passed by an all you can eat Sushi buffet so in we went. It was OK, filling but not great.