We left Chongqing in the early morning passing under some under construction bridges. 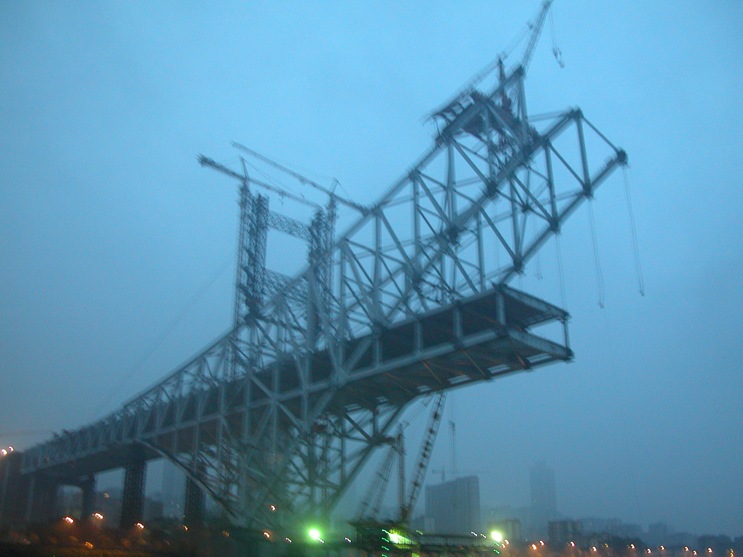 This cruise boat (not ours) had what looked like an airplane fuselage on its deck. 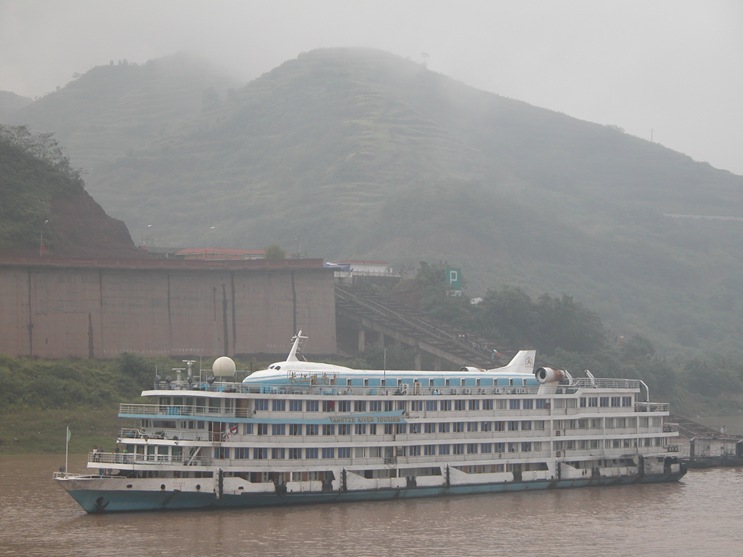 The river flows so quickly that the channel markers have to be shaped like streamlined boats so they have less resistance than a square buoy. 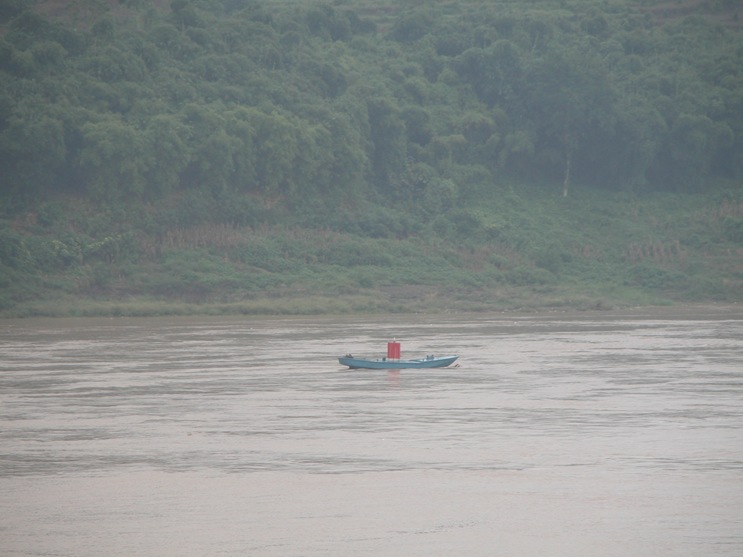 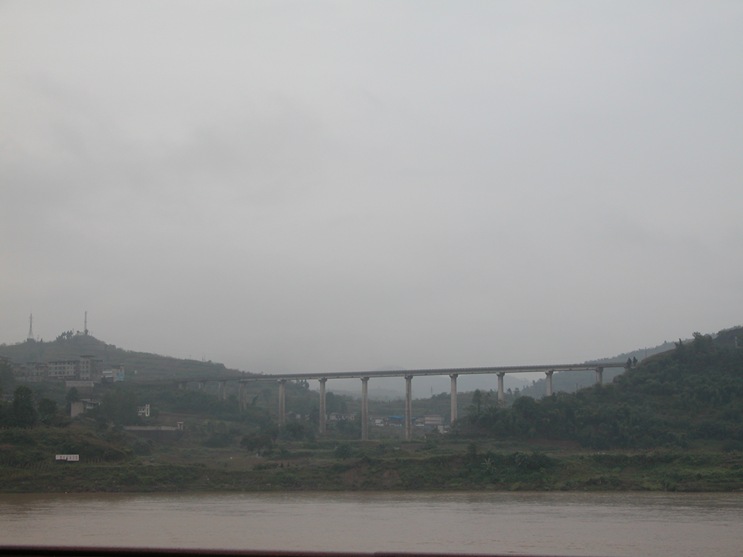 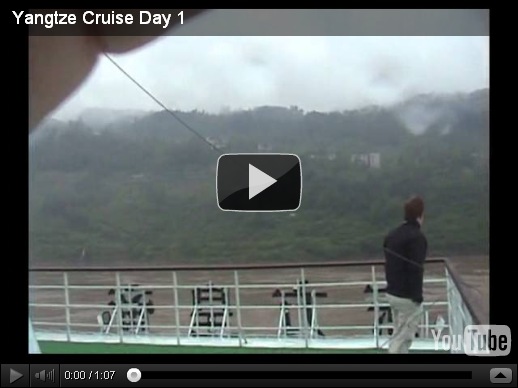 This is one of the relocated cities. All the buildings are new. Check out how far the people have to go to get down to the river for water. The water will eventually rise up enough to almost cover the concrete. 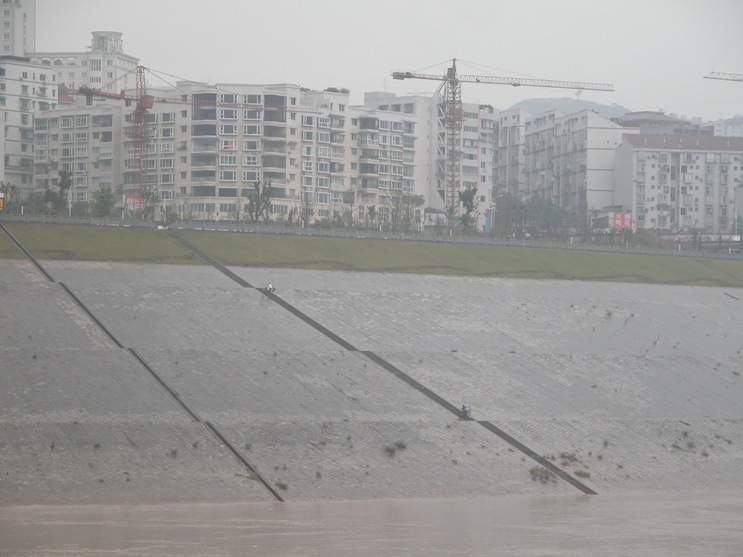 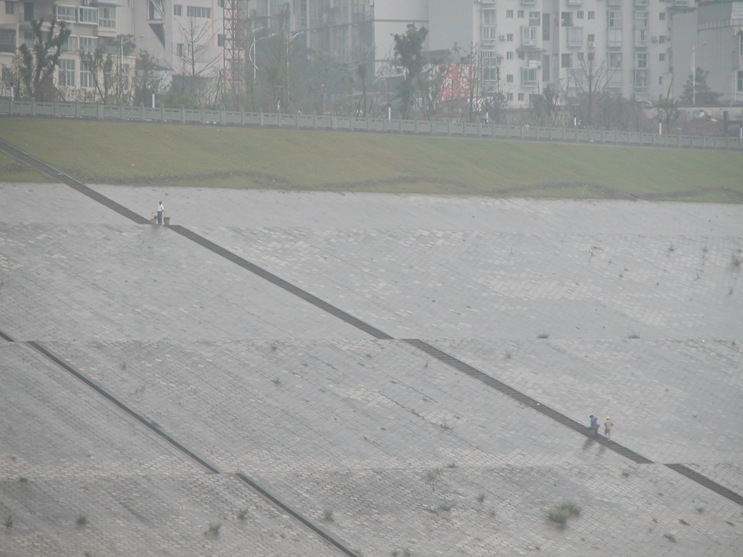 We never did figure out what this giant segmented statue was. 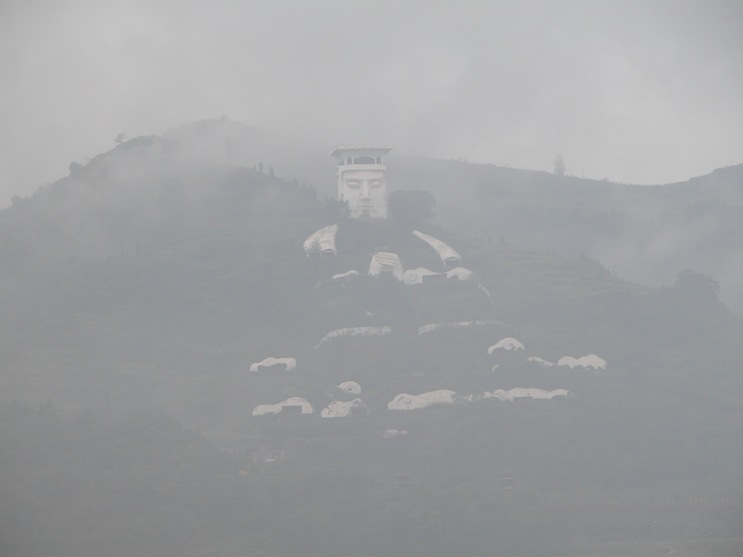 In the afternoon everybody got off the boat to climb “Fengdu Famous Mountain and Ghost City”. 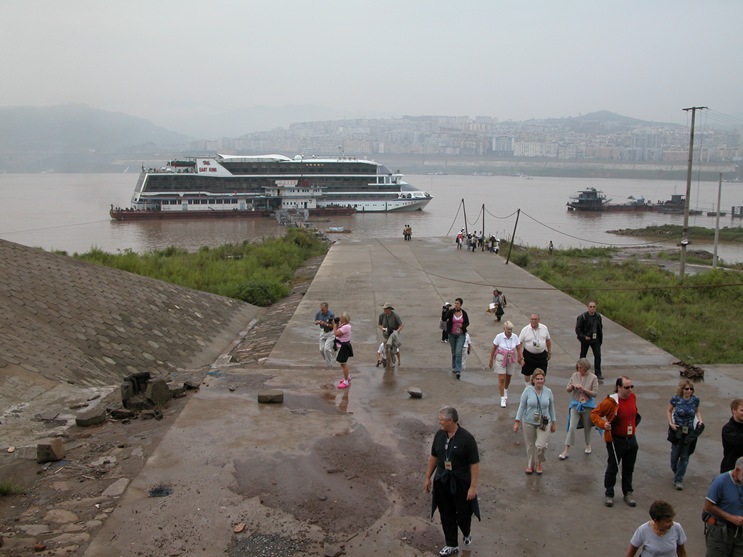 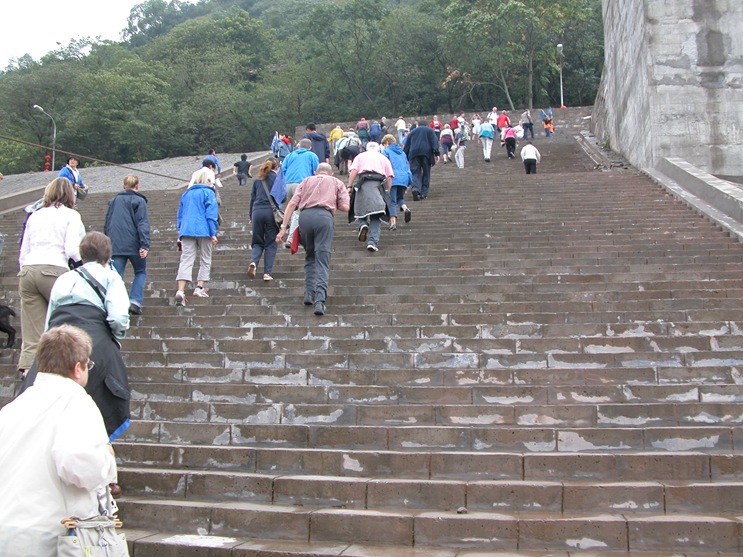 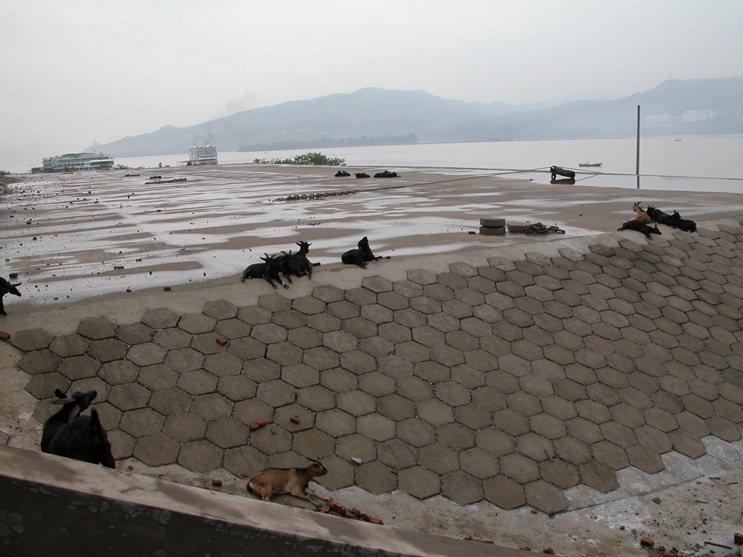 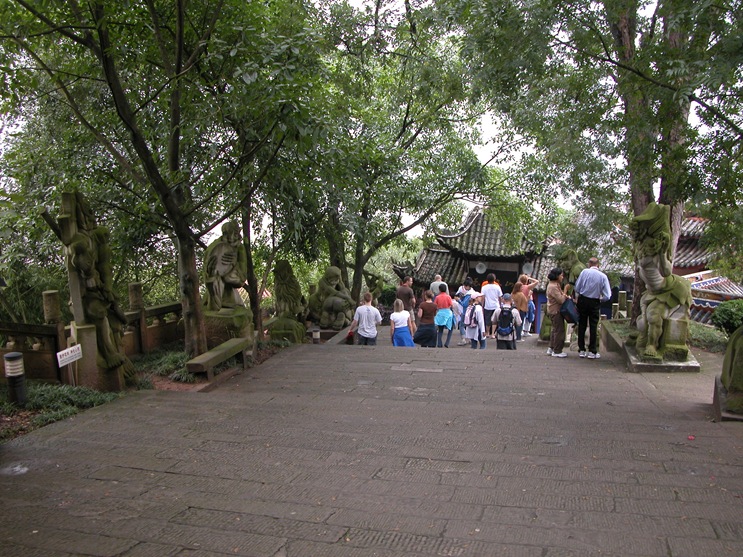 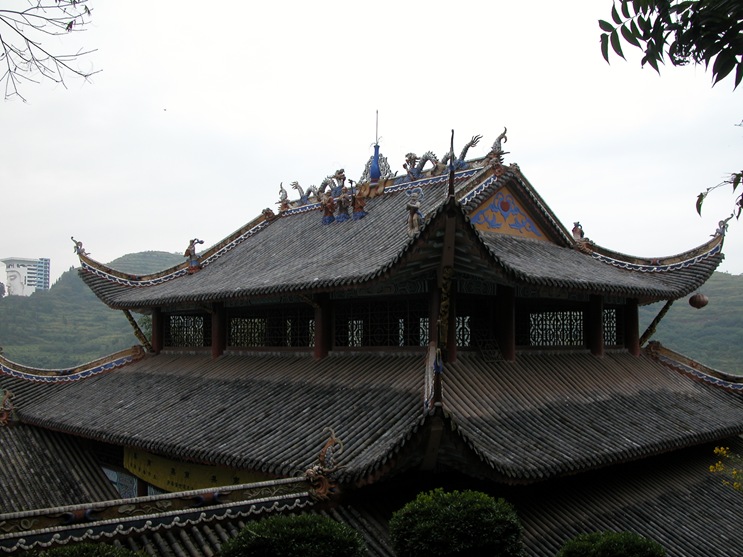 I forget what the story was here but if you stood on one foot in this spot and played or sang, something lucky was supposed to happen. 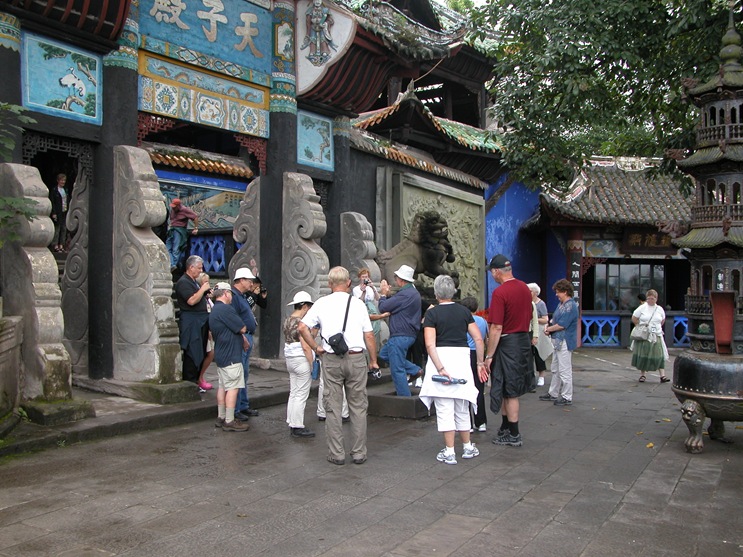 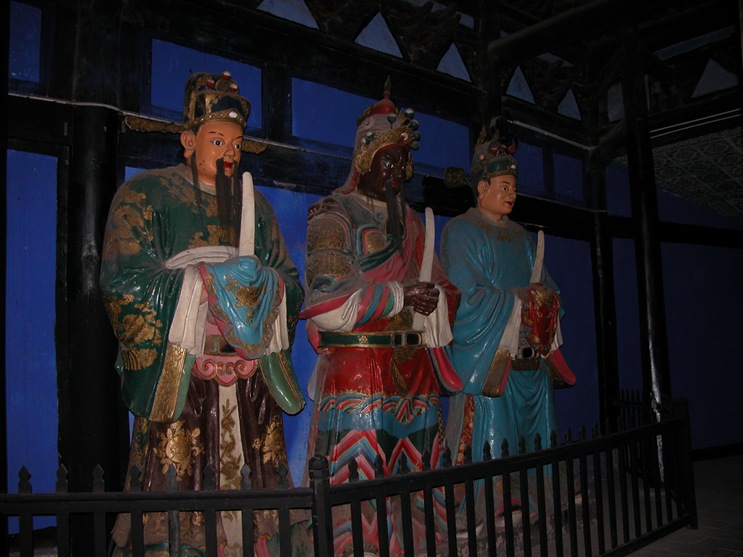 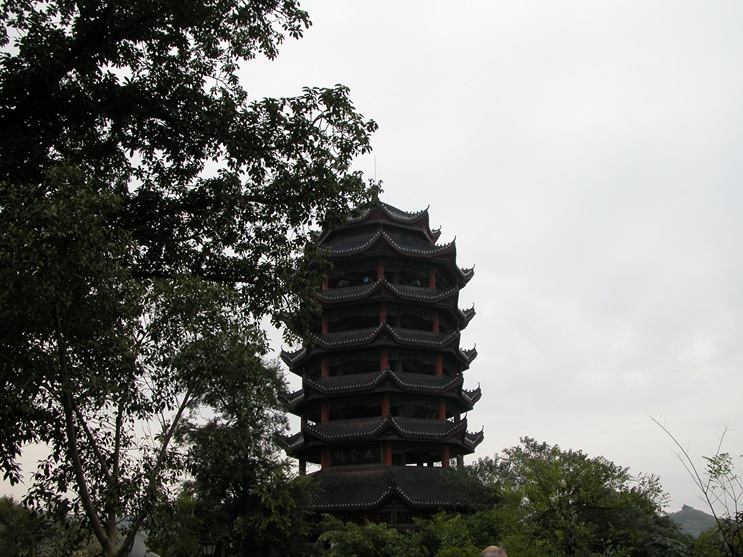 Our boat from the hilltop. 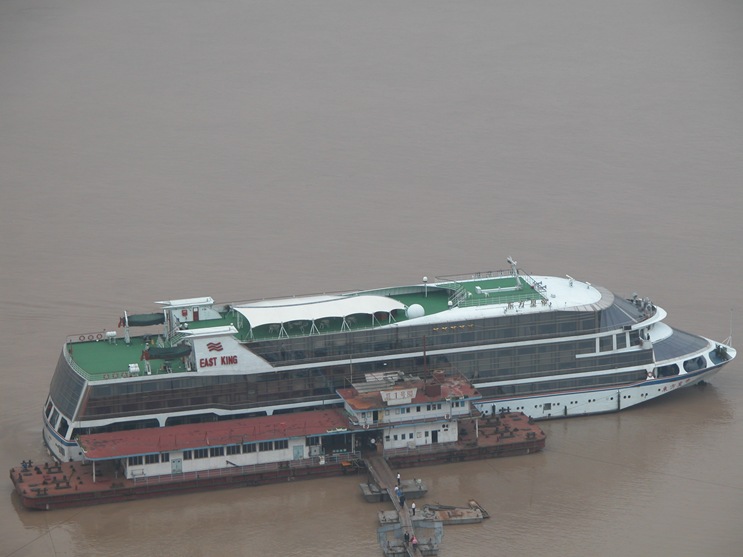 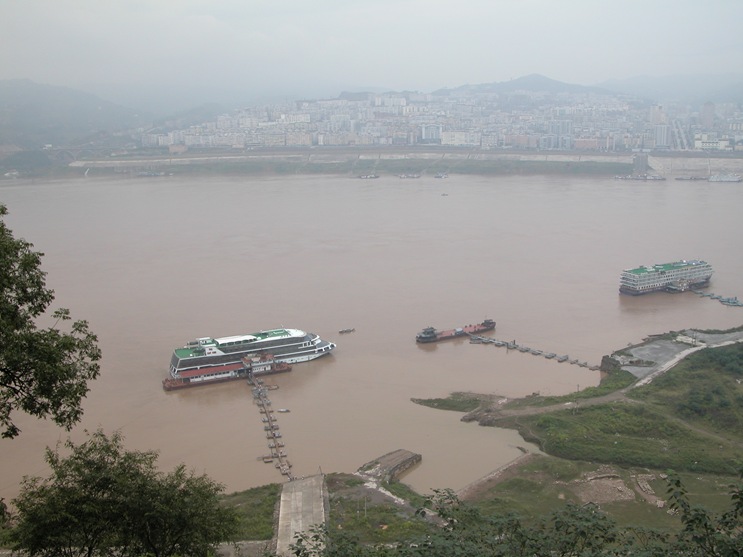 This is where a village used to be that was moved across the river to the new city. There were still some hangers on. 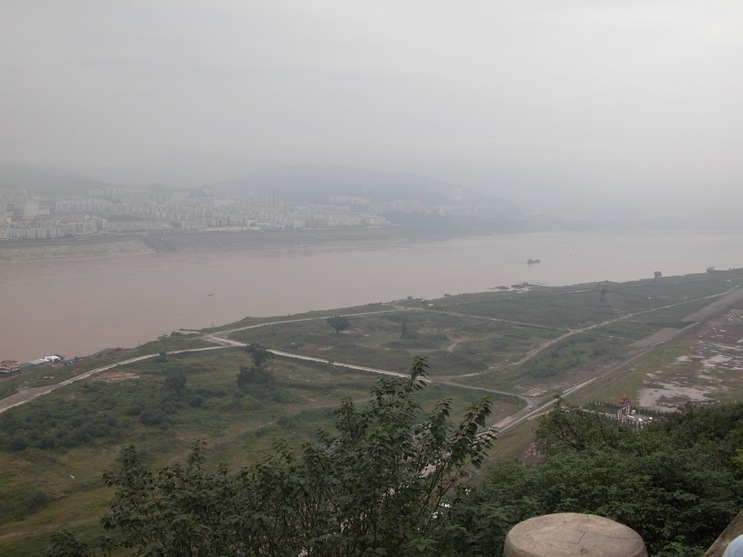