May 18 - Sightseeing in Salt Lake City

We headed downtown to see the Mormon Tabernacle and walk about the Capitol then drive out to hike on Antelope Island in the Great Salt Lake.  When we drove out of the RV park it was cool but good for walking about.  That is until we hit the highway and the rain started and stayed the whole day long.

The headquarters of the Church of the Latter Day Saints is called Temple Square which occupies 35 acres and is composed of 16 buildings surrounded by the Gardens of the Plaza (oh my, such beautiful flowers too). 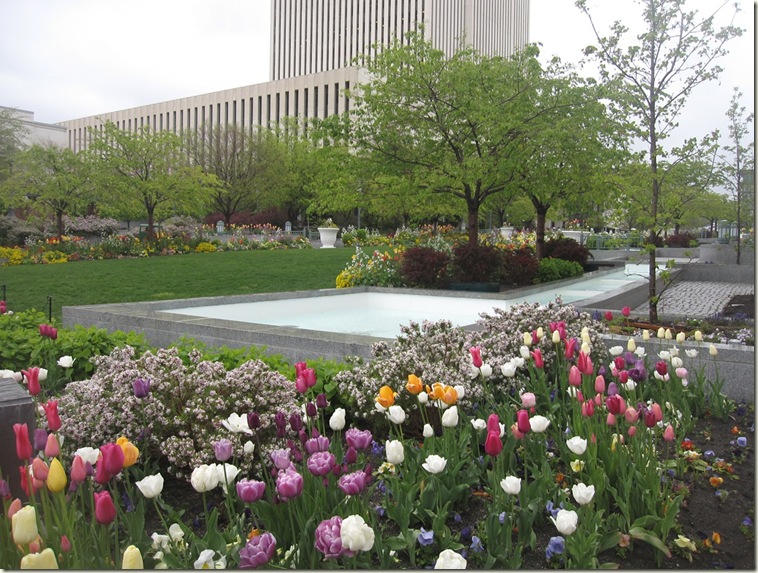 According to the brochure the design of these gardens varies from formal French parterres to old fashioned English cottage gardens like those you might find in front of Anne Hathaway’s cottage at Stratford.  The gardens include 250 flower beds, more than 165,000 plants and over 700 varieties of plants from all over the world.  The gardens are redesigned every 6 months and replanted by hundreds of volunteers a few of whom we saw out working in the pouring rain today.

We entered the North Visitors’ Centre which was filled with religious biblical paintings and we greeted by two missionaries on a 18 month volunteer assignment as “tour guides” or recruiters, Sister Platte (from England) & Sister Lavini (from Polynesia).  The showed us around the areas that tourists were permitted to view. We let them know right off that neither one of believed in God and that there was no chance of converting us.  They were not pushy and I think they were kind of new at this but they did keep up the questions about our life and if we were happy. Stuart kept the conversation going by asking them questions about their life and beliefs.

We were guided to the Visitors’ Centre to look at the 11’ marble Christus statue with our guides telling of the spiritual world of their religion.  We declined to watch a 2 one hour videos on Mormonism.

Since we are not allowed into the temple itself they had a cutaway replica of the entire building interior. There were videos showing each of the rooms. It looked a lot like a French chateau with all the ornate gold moldings on white walls, chandeliers.  They did not spare any expense in the Temple. 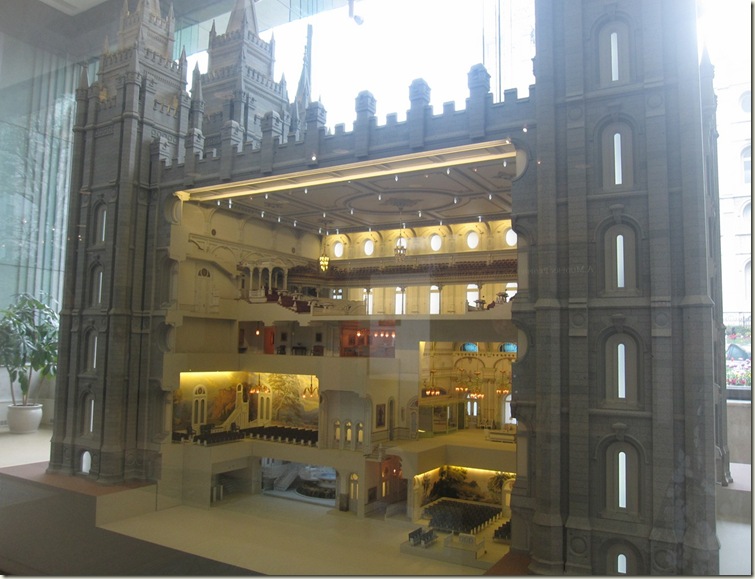 The baptismal room with a walk through hot tub mounted on 12 (wooden??) oxen with golden horns is on the bottom floor. We did a quick tour of the Assembly Hall and then headed to the Tabernacle for the noon organ recital in the Tabernacle. I would love to hear Phantom of the Opera played on this massive pipe organ.  The acoustics are amazing.  The organist does the paper ripping, 3 pins dropping sound test that one can hear anywhere in the tabernacle without a microphone.  The choir practices in the evening on Thursdays but we cannot hang around for it. 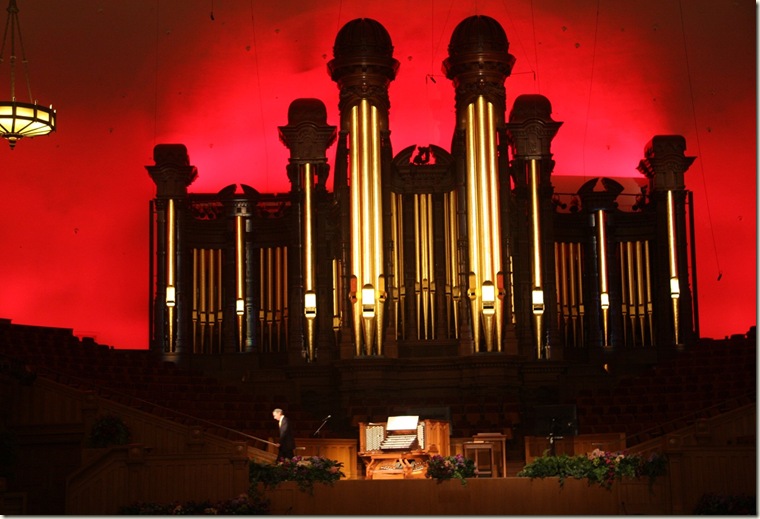 The last building we visited in the square was the Joseph Smith Memorial Building where we had lunch in the Nauvoo Cafe.  The home cooking, Turkey Pot Pie and Beef Florentine Soup were delicious.

Our second stop was the Capitol Building of Utah.  It looks immaculate after the total restoration that was completed in 2003.  There are guided tours on the hour and since we arrived 20 minutes early, we sat and watched the tail end of a video on the massive project where the completely revamped the foundation so that it would withstand earthquakes. 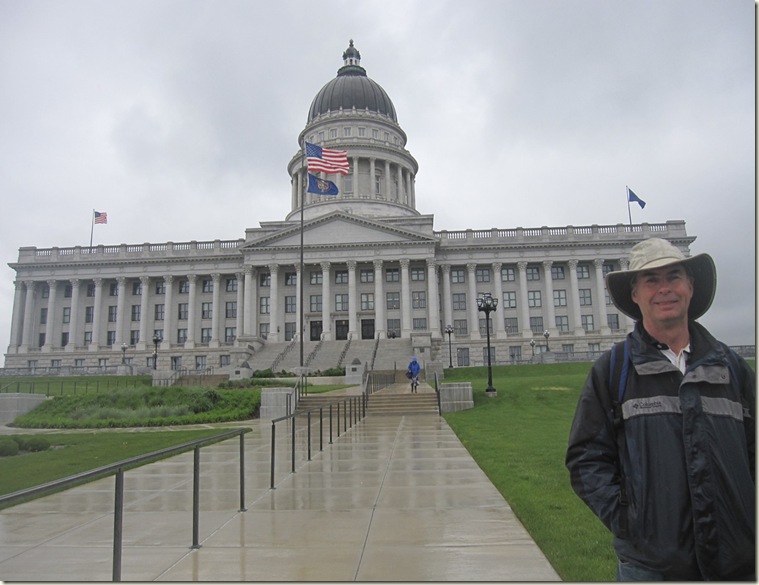 I was very impressed how they managed to support the structure while they replaced the foundation which would permit the base to shake with the ground while the upper levels could sway up to 24” in any direction.  We decided not to stay for the tour, as we wanted to see one more tourist site today.

It was still raining, we were soaked to the gills.  We drove to Antelope Island to try and see the Salt Lake but it was pouring and the visibility was low so we ended up just driving back to the RV.