Though it is not raining this morning, the weather forecast calls for rain every day until Friday and not quite in the high teens in temperature yet.  We are assuming rain, so we are geared up for a wet hike which is fine, as the trail will not be busy.  We arrived at the entrance of Ecola State Park and it did start to rain.  The road in is quite narrow and twisty. We had to wait to get to the trailhead, as two vehicles went off the road and a tow truck was pulling them out.

While waiting we had lunch at a lookout and read on the displays about the local wildlife, cormorants, tufted puffins, murrins, peregrine falcons, grey and orca whales.  We have spotted wild irises, sweet peas, and other plant life that I have not found the names for yet. 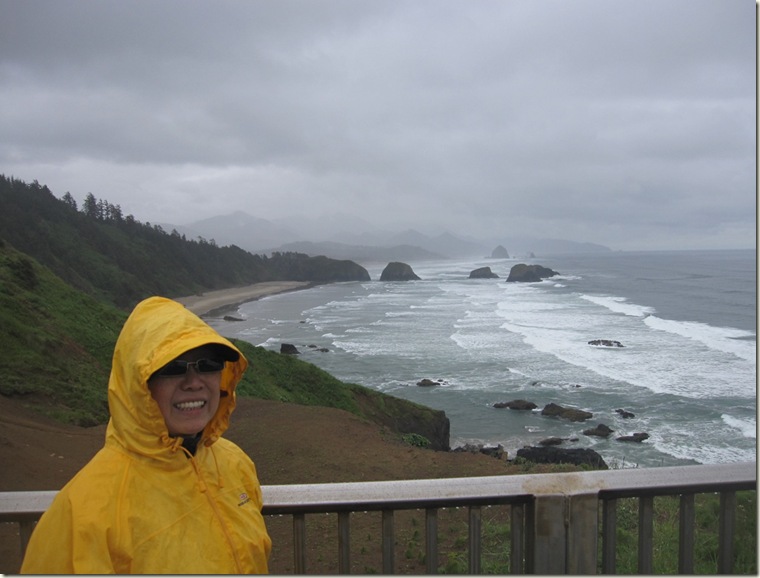 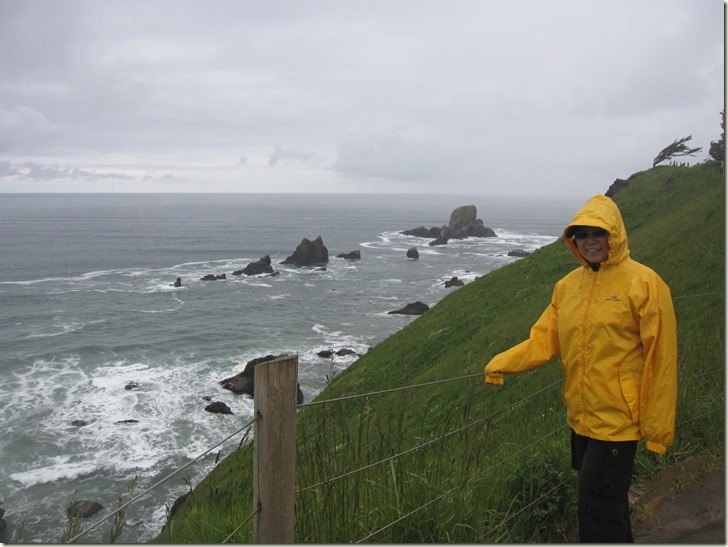 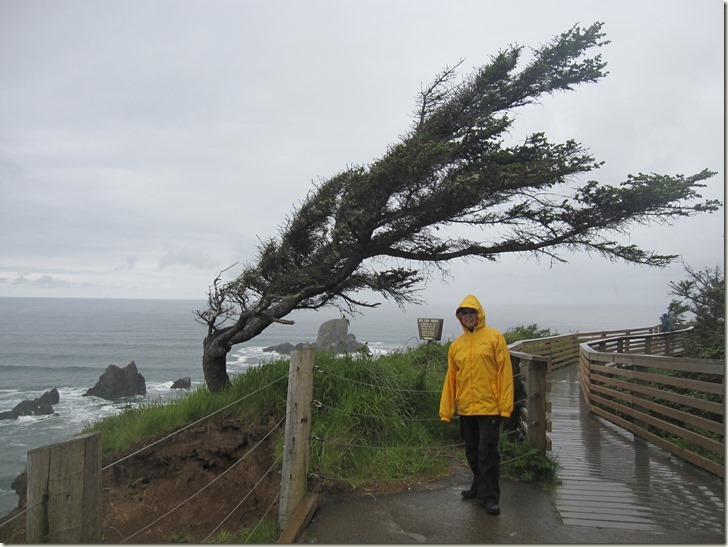 We discovered this was a mini version of the Saddle Mountain hike we skipped the other day. Still pouring rain but half the height and distance (800 ft in 1 mile).  We donned our rain gear and our “Maid of the Mist” ponchos from Niagara Falls and hit the trail. It is a loop trail with the way up being a small road that was quite steep. 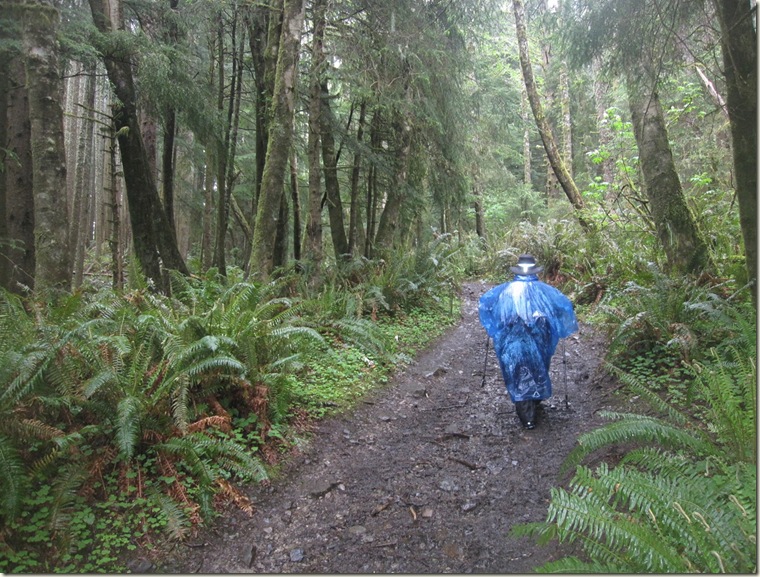 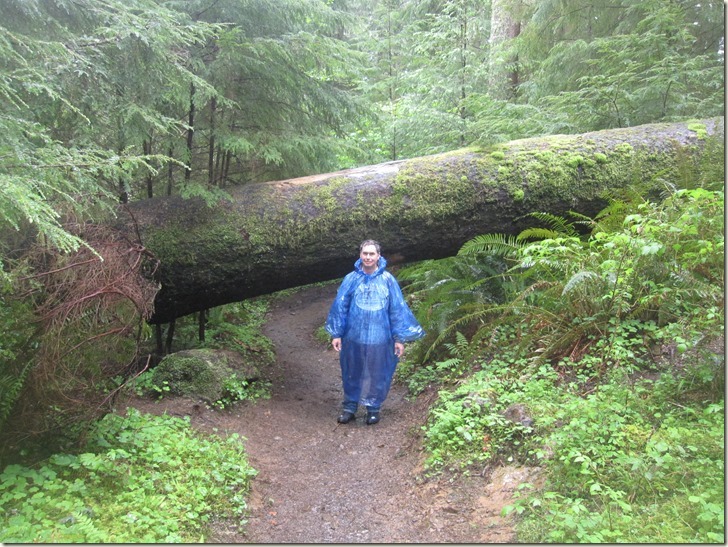 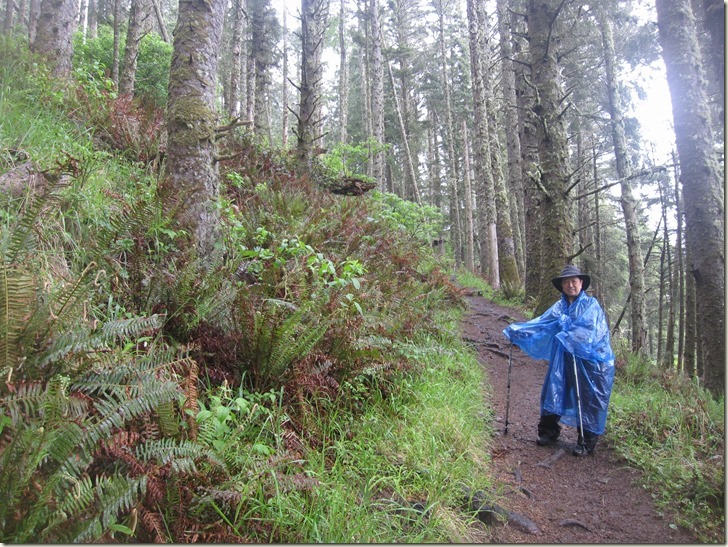 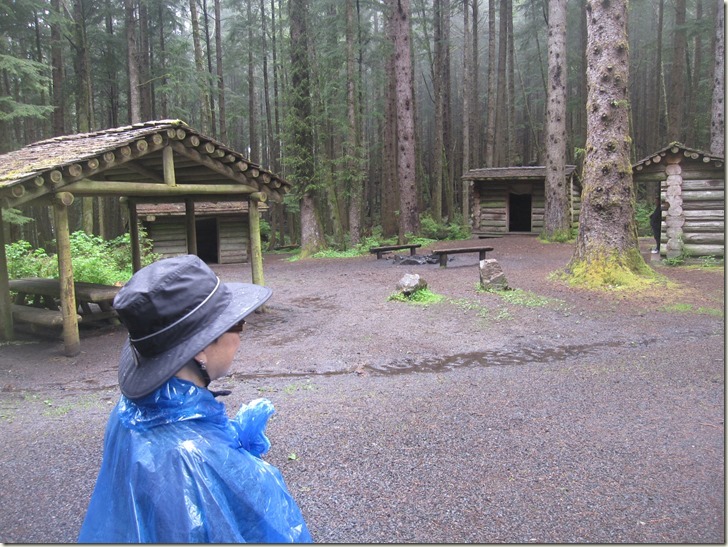 We only met a few other “crazies” out on a day like today. One couple was in light clothes and sandals. Most were hard core and had all the proper gear.

At the turn around point there was a view of the Tillamook Rock lighthouse call “Terrible Tilly” because it is perched on a small rock and must not have been a nice place for the keeper to stay. It is now decommissioned and used as a columbarium which I discovered means it is used to store people’s remains. Interesting place to spend eternity. 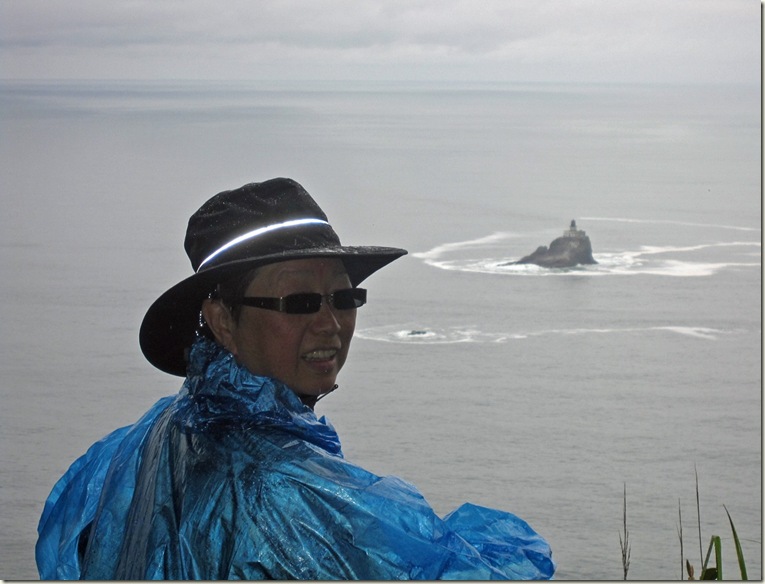 The return path hugged the cliffs on the coast and was much more scenic and full of hairpin turns but not as steep.  Even though it poured the entire time, since we were dressed for it it was a very comfortable hike. 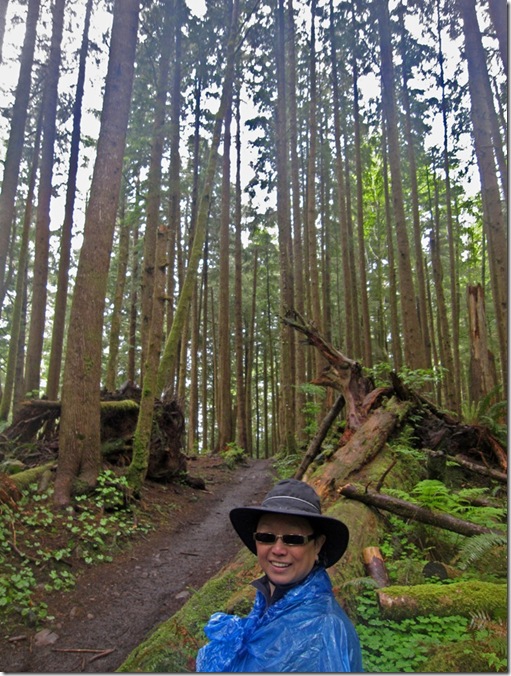 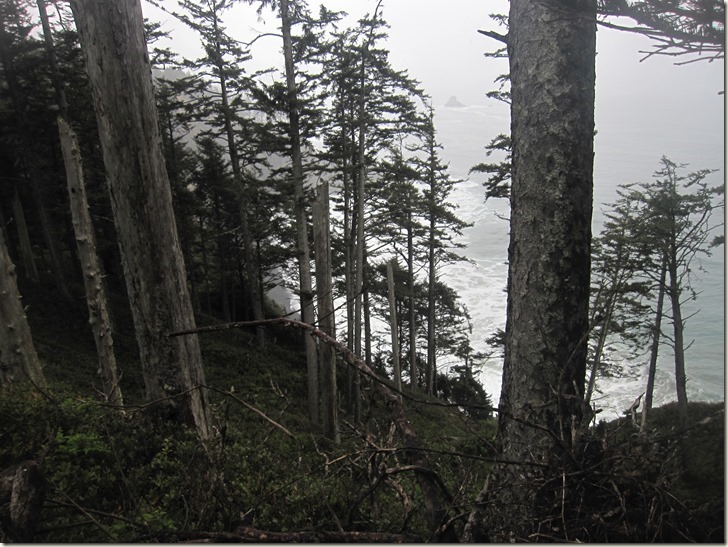 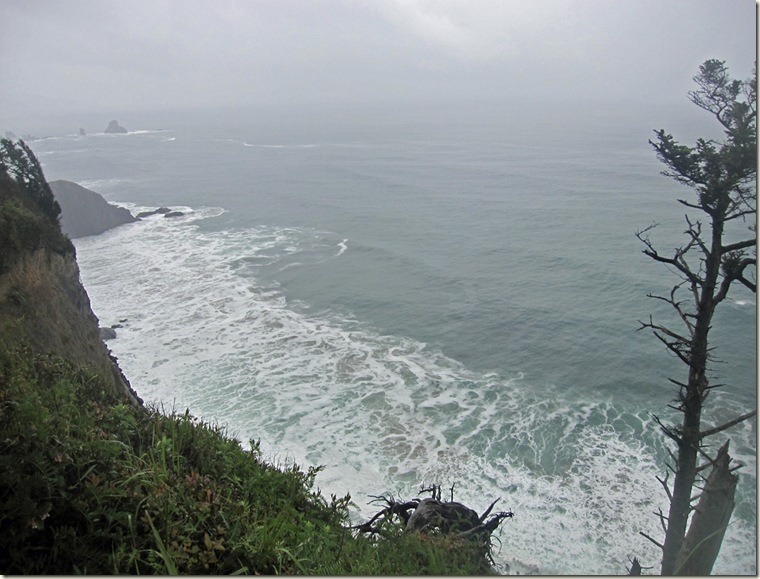 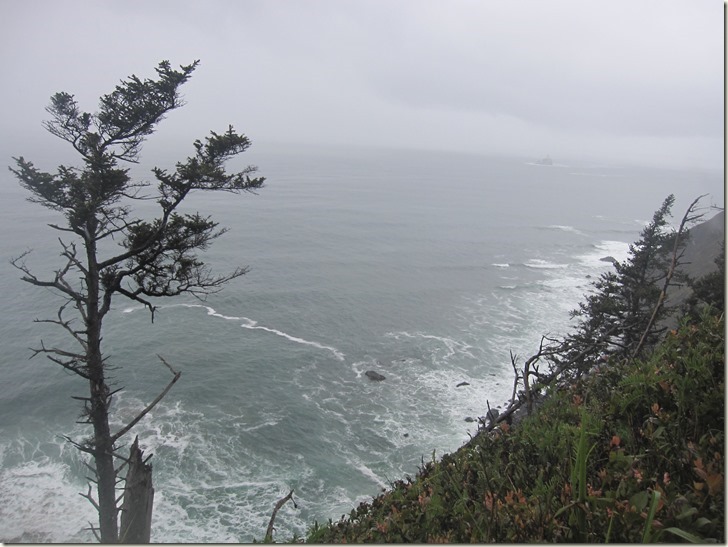 Next we went back up the coast to the town of Cannon Beach to stroll the beach and look at Haystack Rock. Out on the beach distances are very hard to judge. The beach is 4 miles long and it was very wide as it was near low tide. What we thought was close turned out to be about a kilometer but it had stopped raining by now so it was a nice walk. Although it doesn’t look it in the picture, the rock is over 250’ tall and quite impressive as you can get quite close to it. 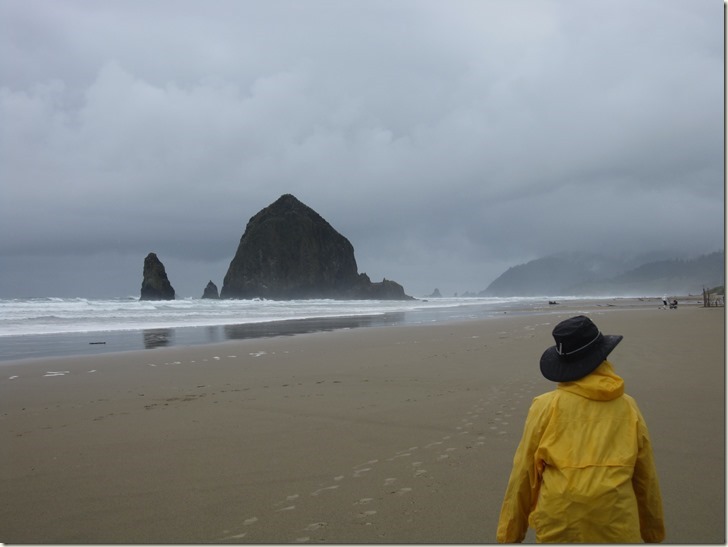 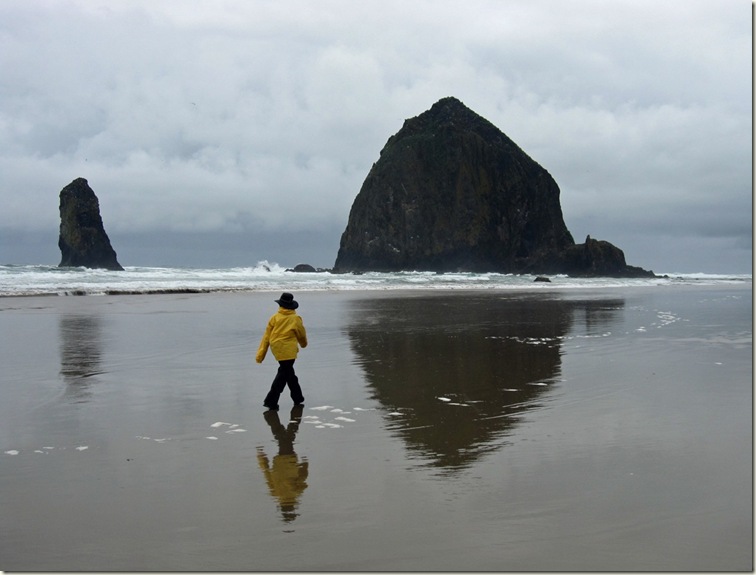 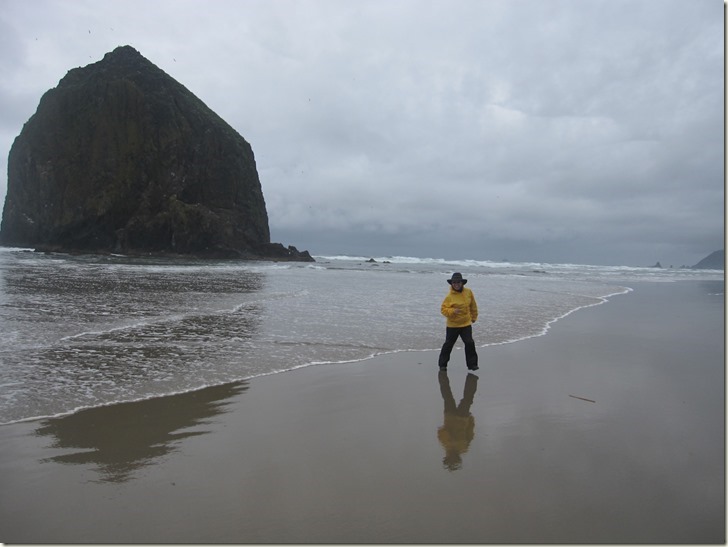 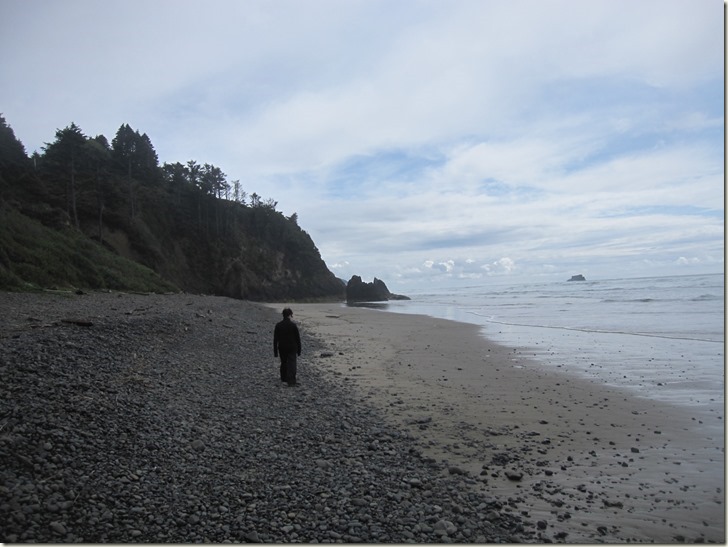 Back for some more late night beach time near the campground. 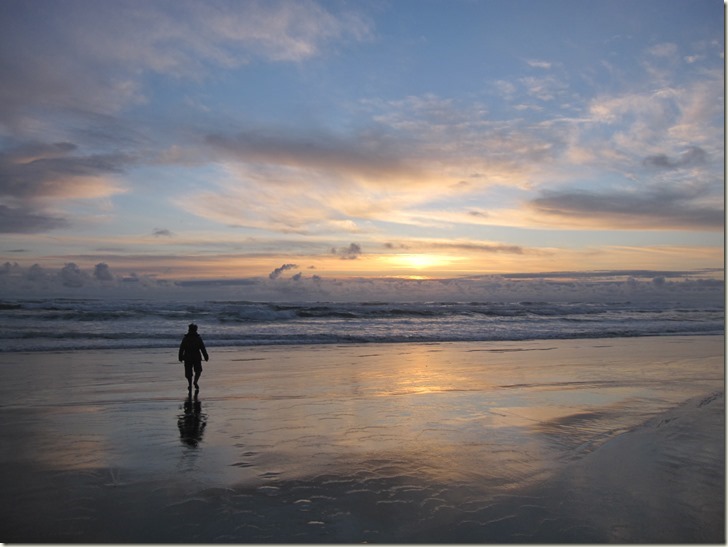 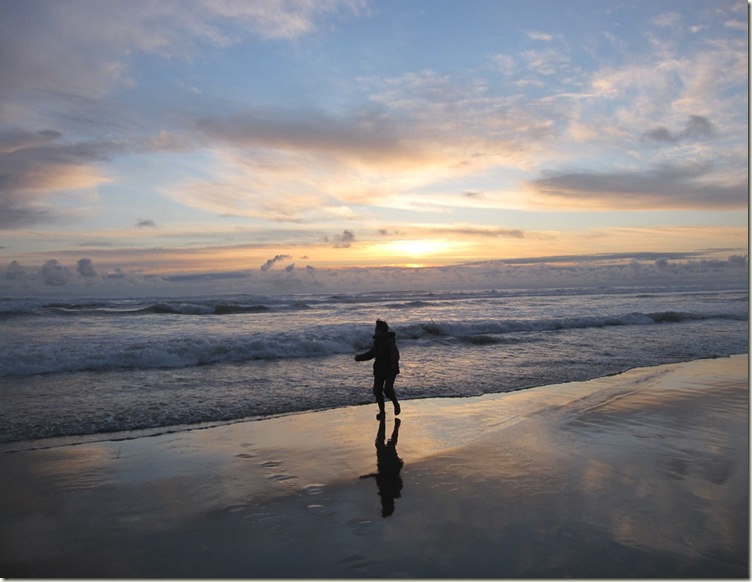 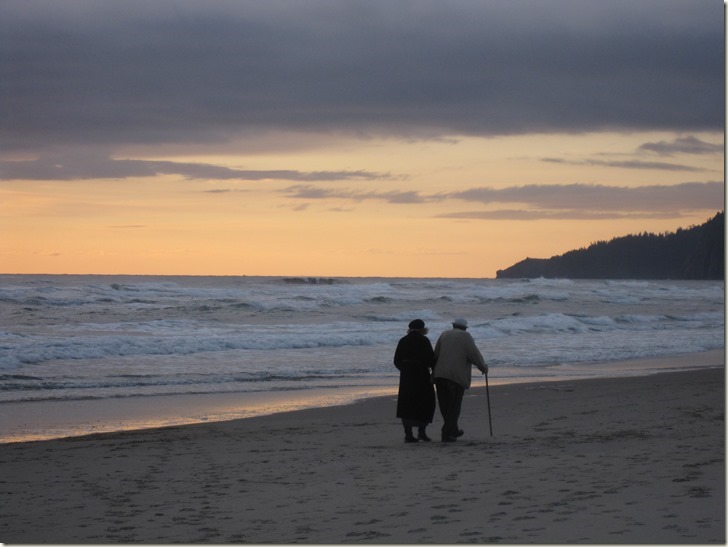