We drove 20 miles to the west to what is supposed to be Washington’s busiest state parks. It is at the northern tip of Whidbey Island which is a large island just off the coast of Washington forming part of Puget Sound. From Seattle in the south it is easily accessed via ferries. From where we are in the north, you can drive to it via the bridge over Deception Pass. The line of cars on the highway was pretty constant even on a Wednesday morning. 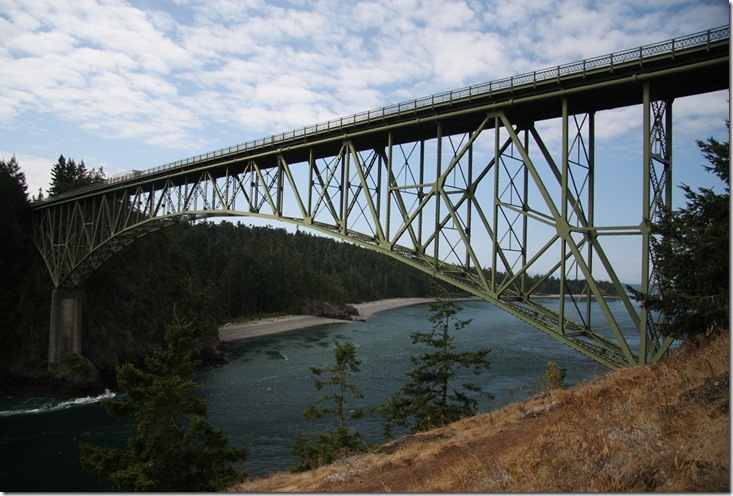 It is called Deception Pass because the island is so large, when Captain Vancouver sailed in he thought it was a large bay until he finally discovered the southern exit. 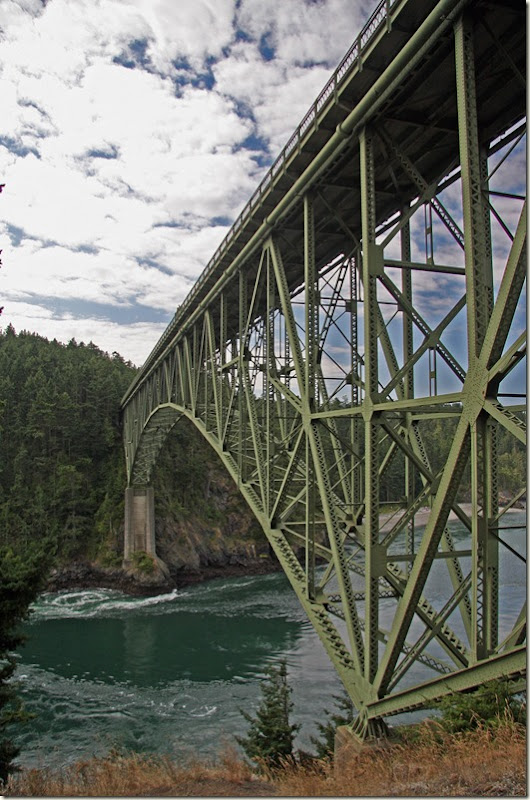 Looking down the bay. 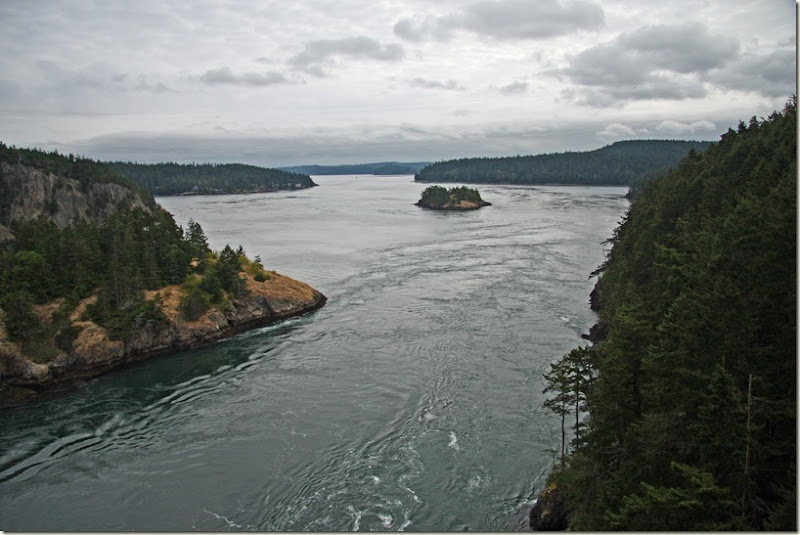 And out to sea. 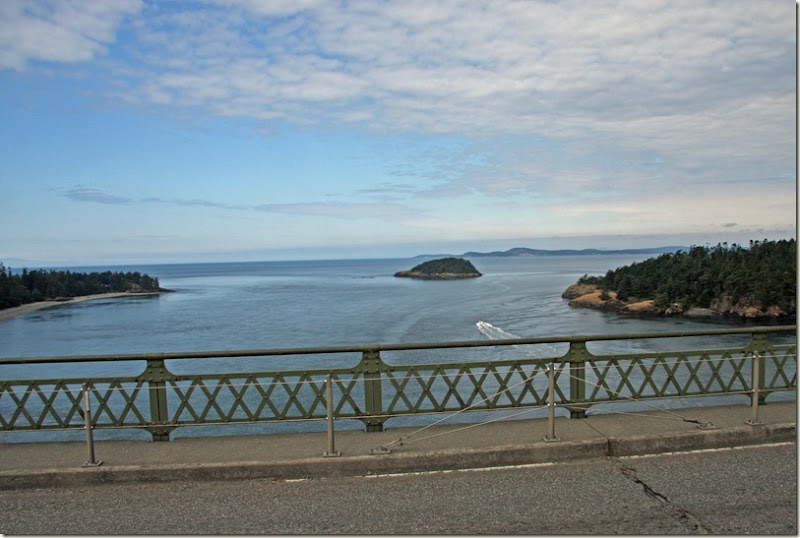 You can walk across the bridge, which I did, but it was a bit too much for Jennie’s vertigo. The walkway is at most two people wide, the cars are very close, the water is very far down, the tides move it very quickly and whenever a heavy truck goes by the bridges moves quite a bit. I even had to keep my hand on the railing just to steady myself. 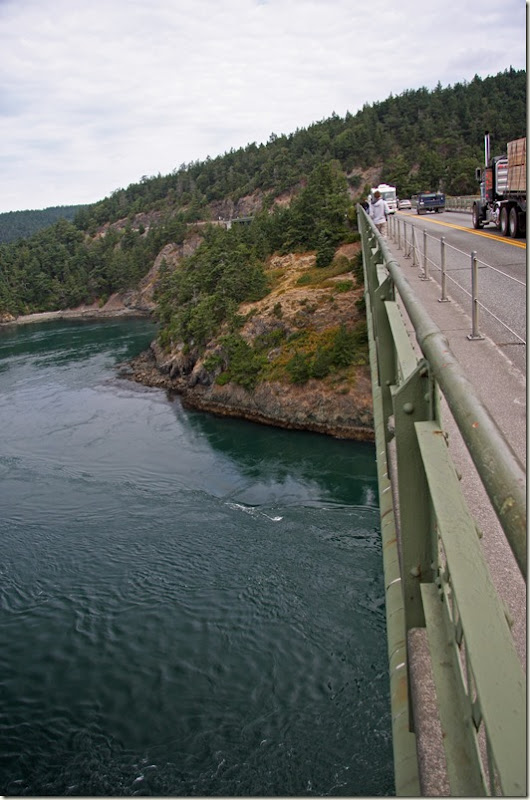 Right next to the bridge is the highest point on the island at a whopping 480 feet above sea level. We did a short but very steep climb up to the top to sit on the rocks and enjoy the view while having lunch. 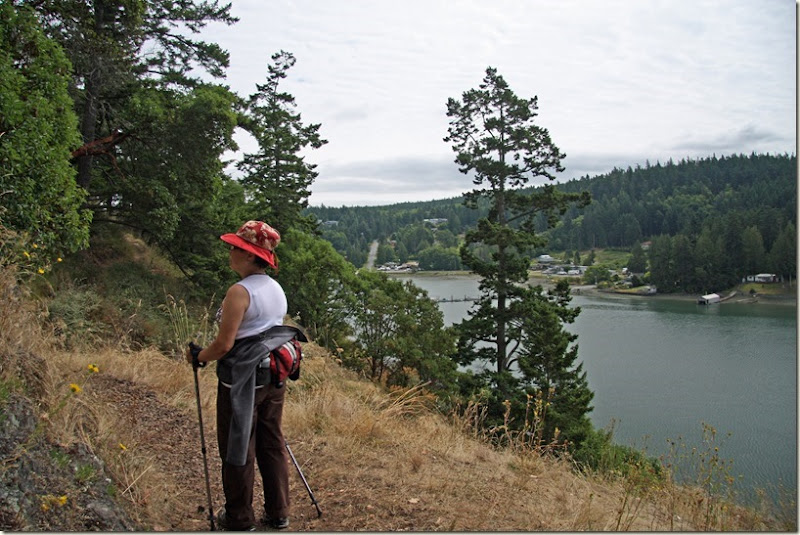 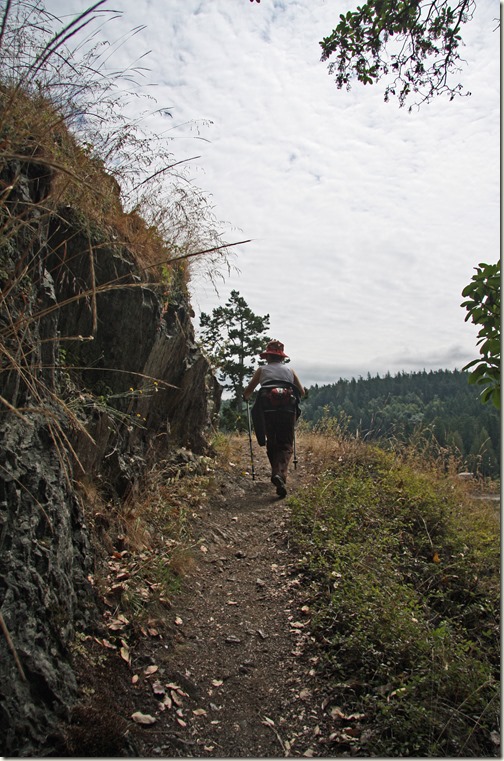 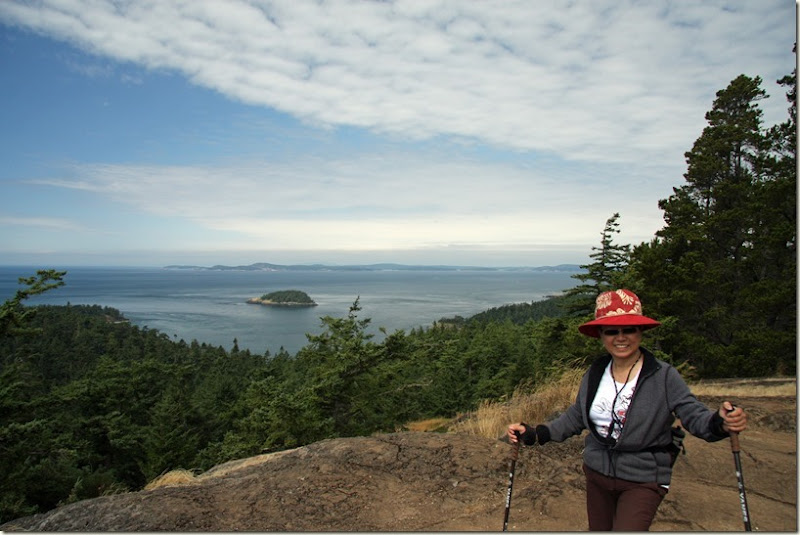 Behind Jennie are the San Juan Islands. While I am told they are quite pretty but I think we will save them for another trip. There is a ferry that stops at them and then goes on to Vancouver Island. Because of that, I was told you had to go through customs on the way back. I don’t want that hassle this time. We plan to visit Vancouver Island sometime in the future so we will go then. 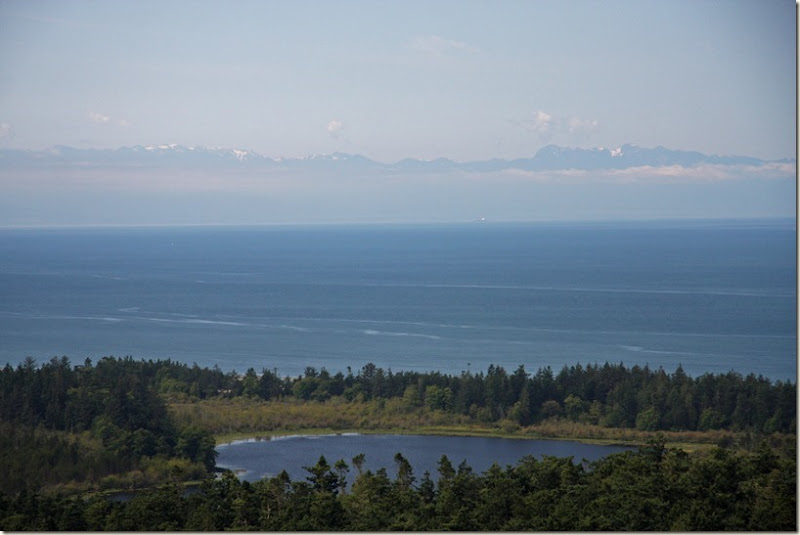 To the west, above the low clouds, you could see the mountains of Olympic National Park that we had been at a week ago. 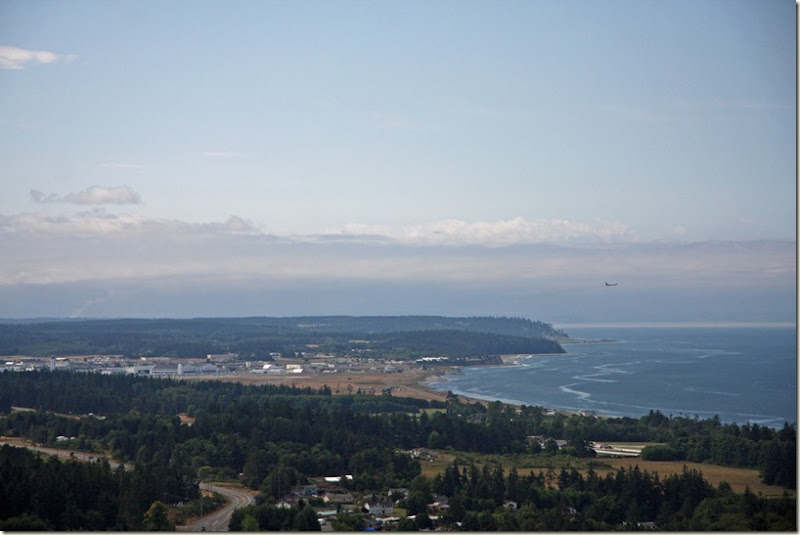 The problem that all the reviews of the park complain about is the Naval Air Station just next door. The roar of the jets is almost constant 24/7 and very loud. We even had one over us last night in the RV. You look in the sky and they just seem like dots in the far distance but the roar is deafening.

After climbing down the hill we went to a beach in the park for what may be out last bit of staring at the ocean and beachcombing. I haven’t decided what we are doing tomorrow and after this stop we start our long slow trip back east. 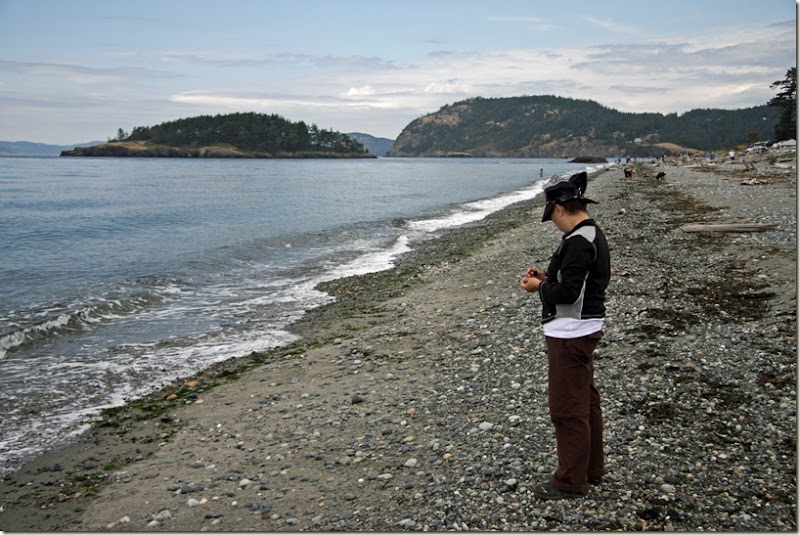 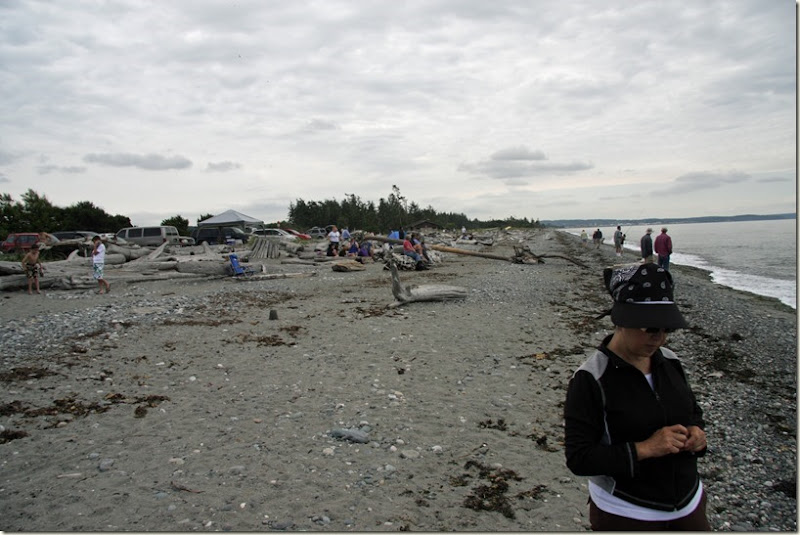 It looked like a tall ship was coming out under the bridge. 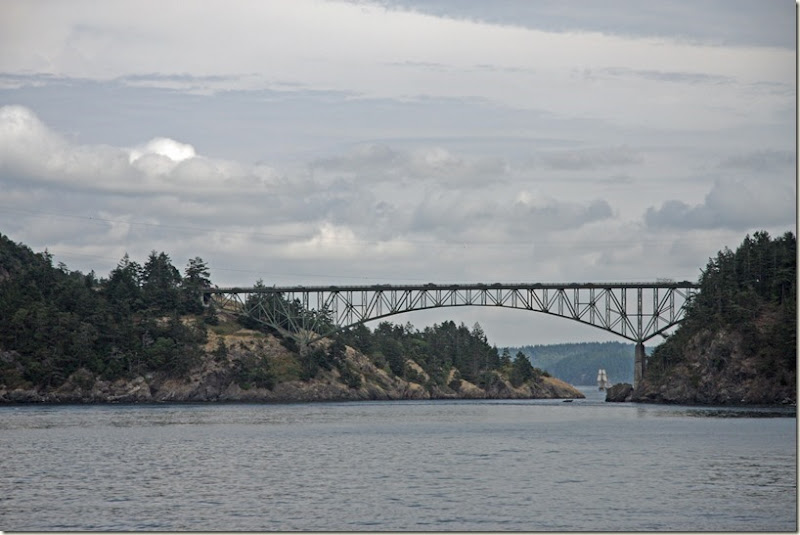