I just noticed that we have taken about 8500 pictures on the trip so far and kept about 5000 of them. That is still too many. I need to go back and do some serious pruning.

Today was our last day at Mount Rainier so went back to the high elevation area to hike up the mountain a bit. Looking out of the RV it was quite sunny but driving up we went into some thick clouds and still didn’t quite break out when we got there. It was very bright so we knew it would burn off quickly. 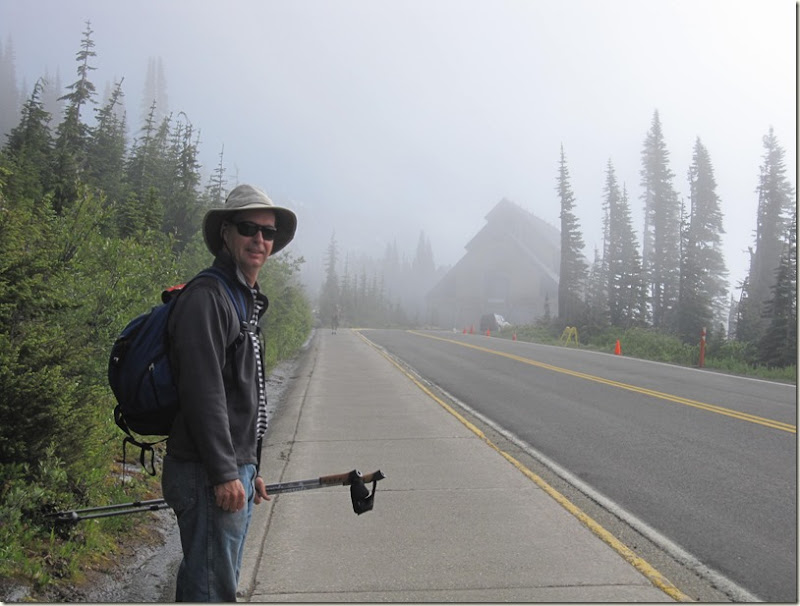 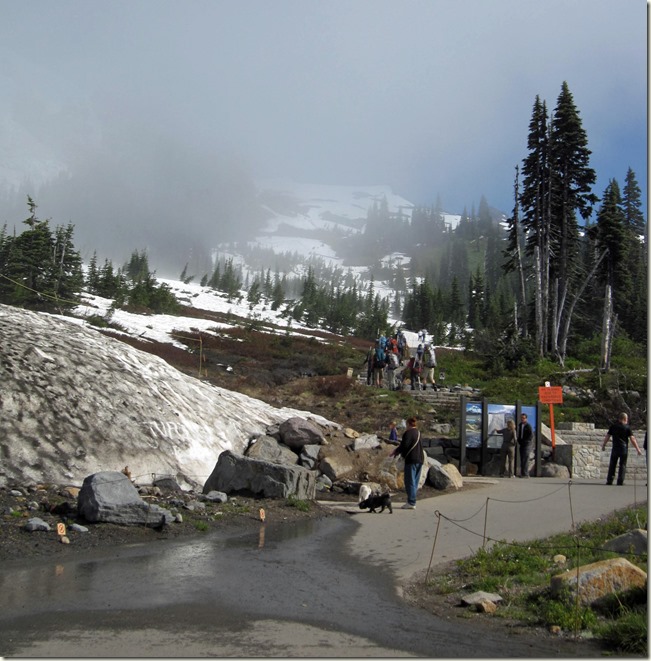 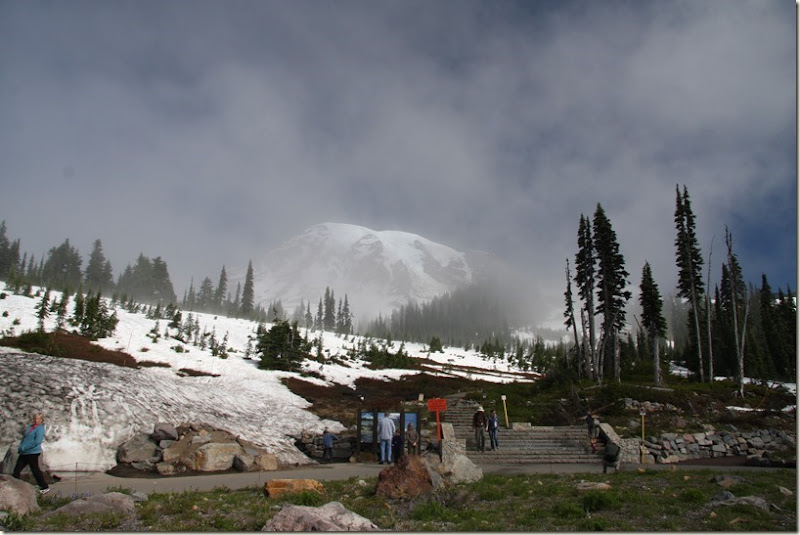 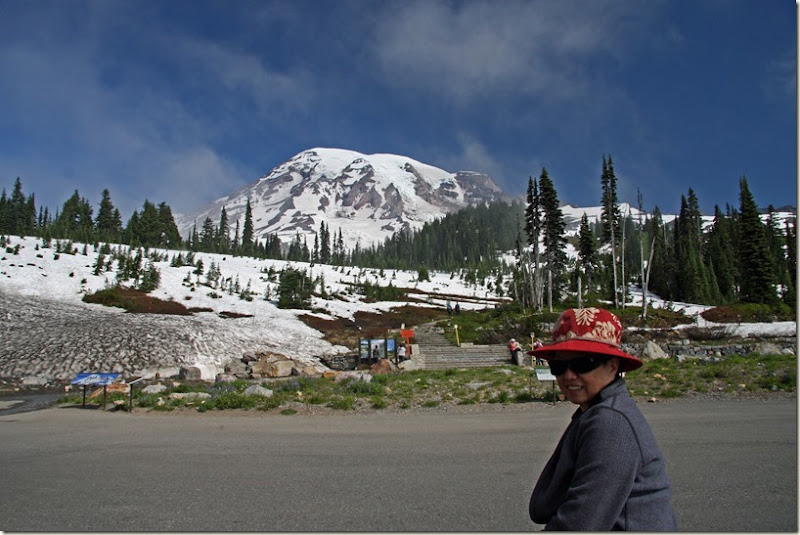 We decided to do a part of the Skyline Trail. This is a 5 mile trail that climbs about 1300 feet and loops along some ridges around a basin. I estimate we climbed around 1000 feet in about a bit more than a mile before we stopped, had lunch, stared at the mountain for a while and came back.

All but a few hundred yard of the trail are covered in snow which was quite slushy making for a slippery climb. 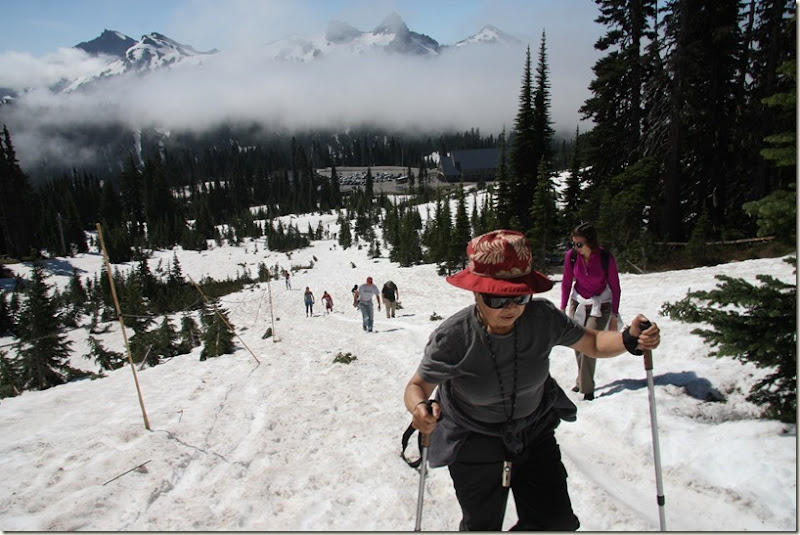 It got very bright and hot so we quickly lost the jackets. Even I broke out the hiking sticks today. 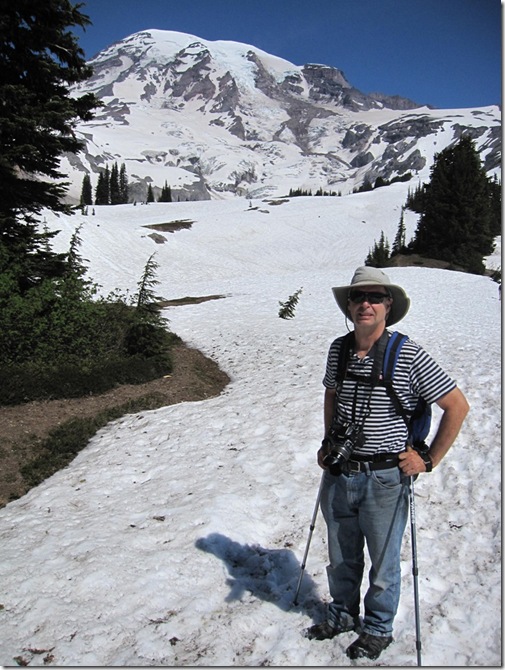 Parts of the trail were very steep. 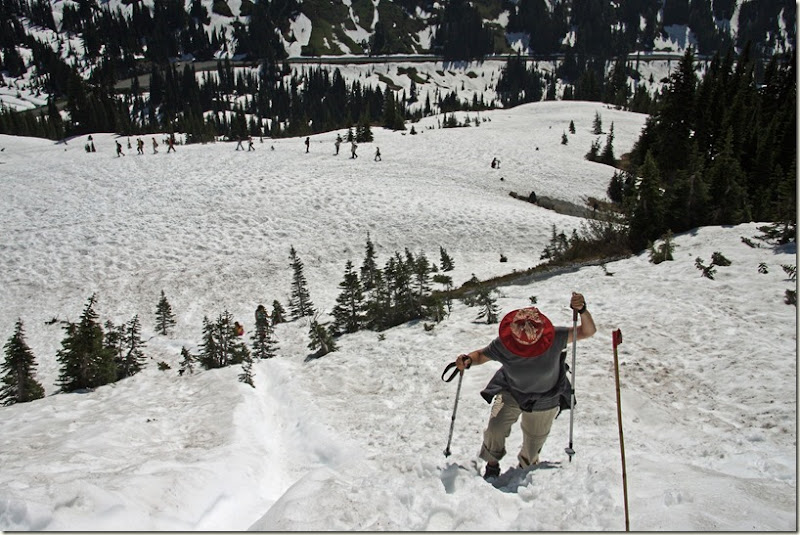 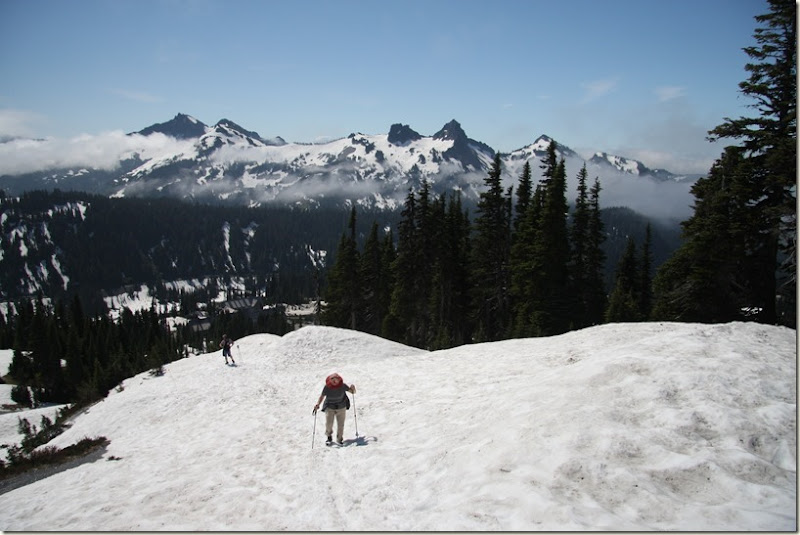 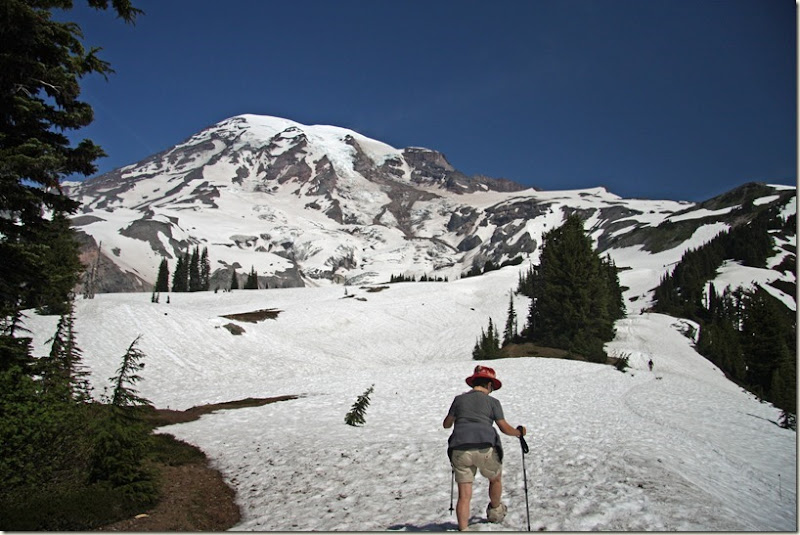 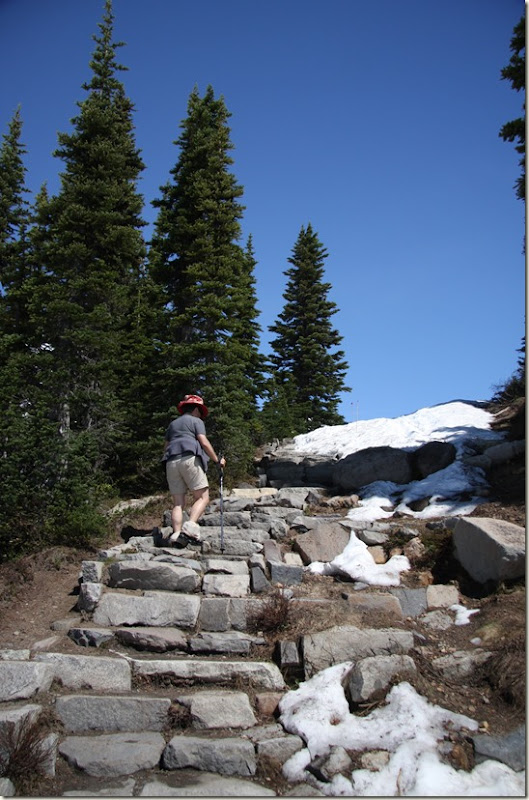 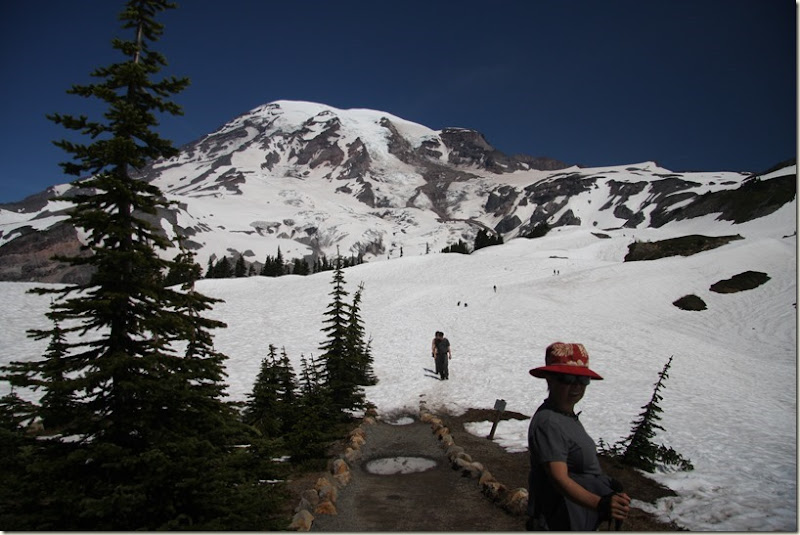 Other sections were just a narrow ledge along a steep slope. 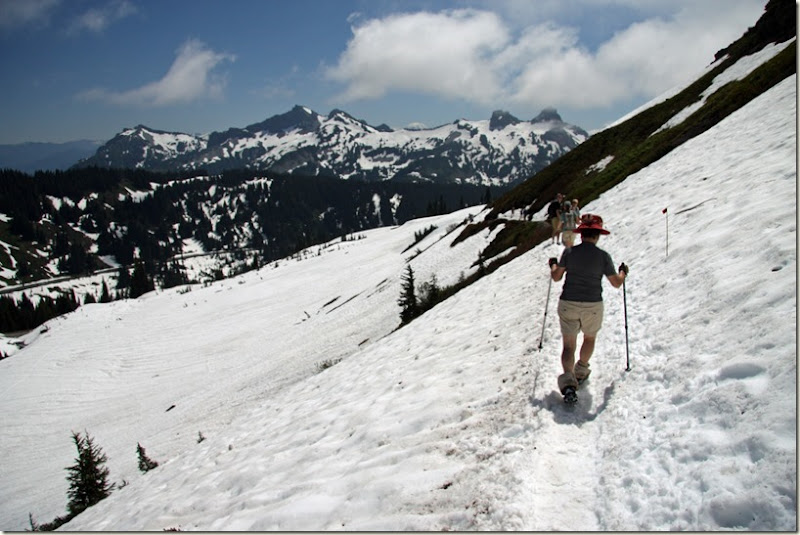 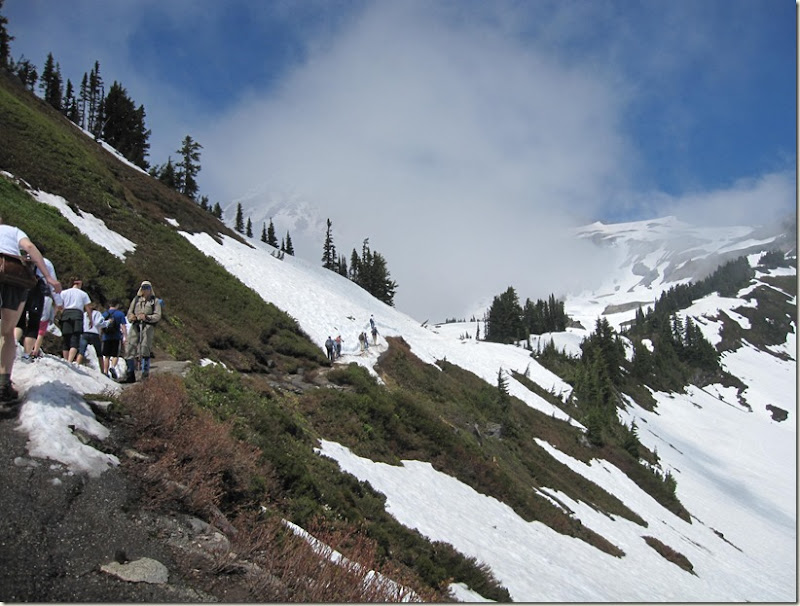 It was fun to look back at the clouds below us. 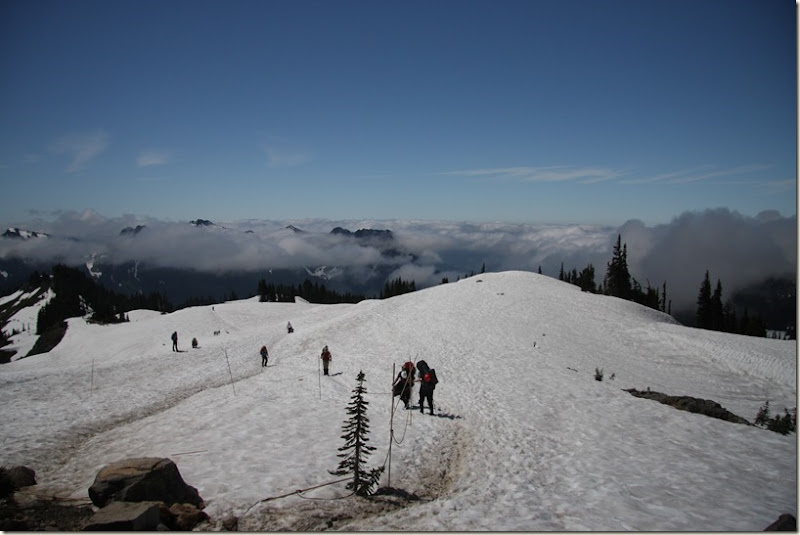 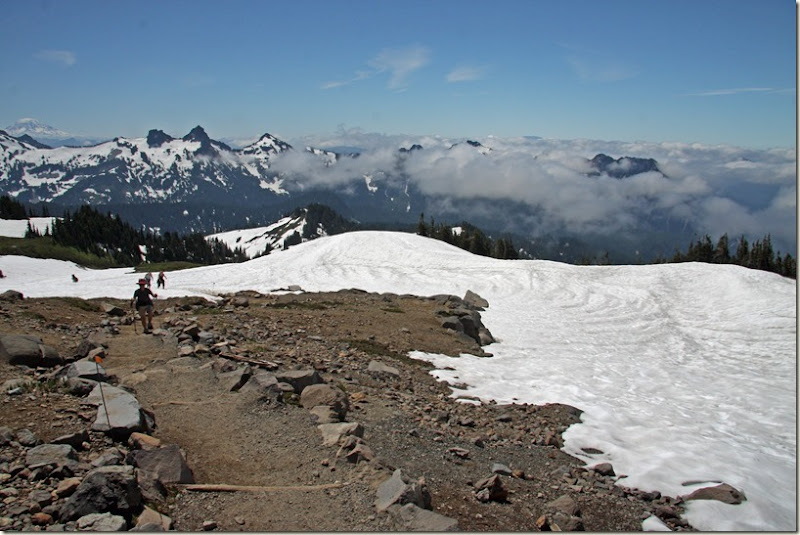 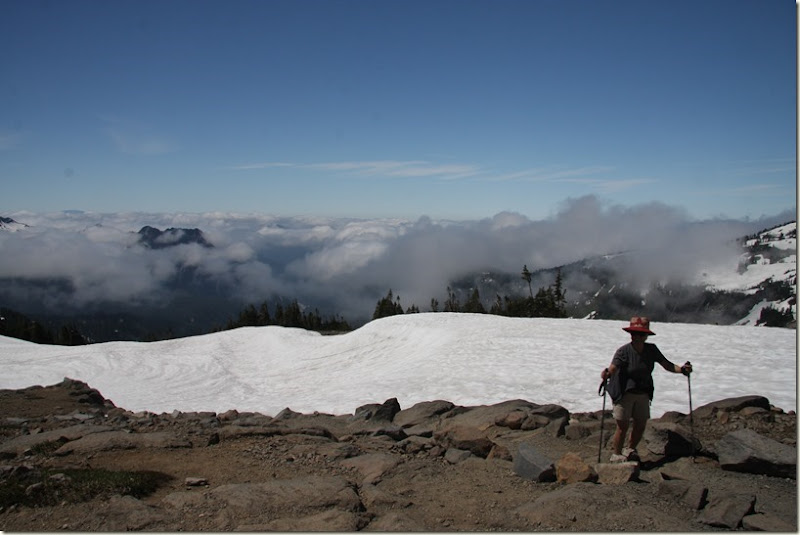 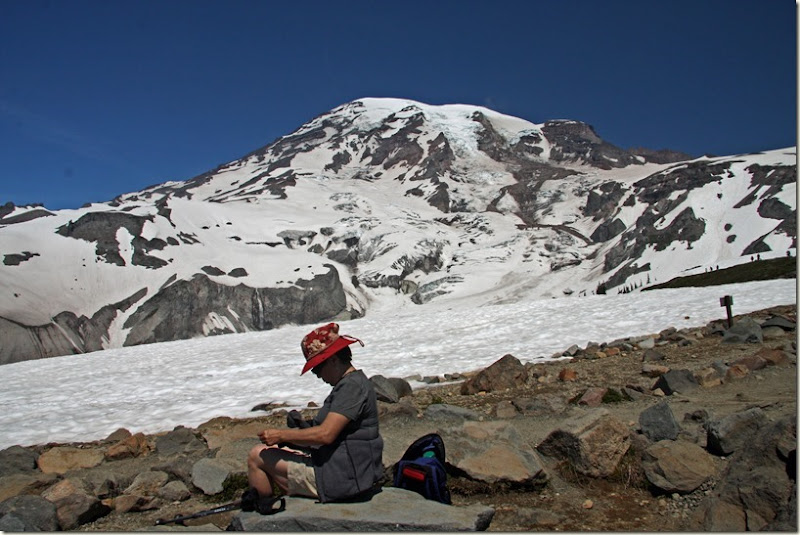 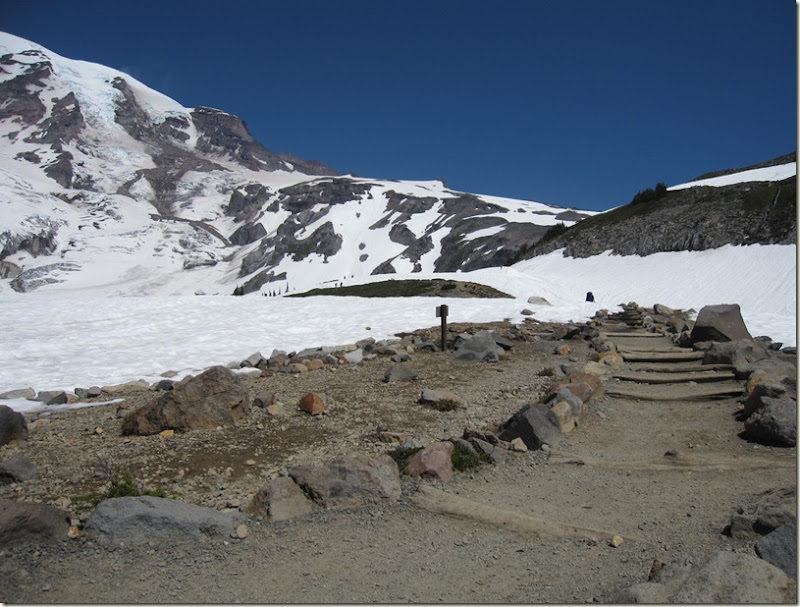 The clouds started moving up higher so we headed back down. 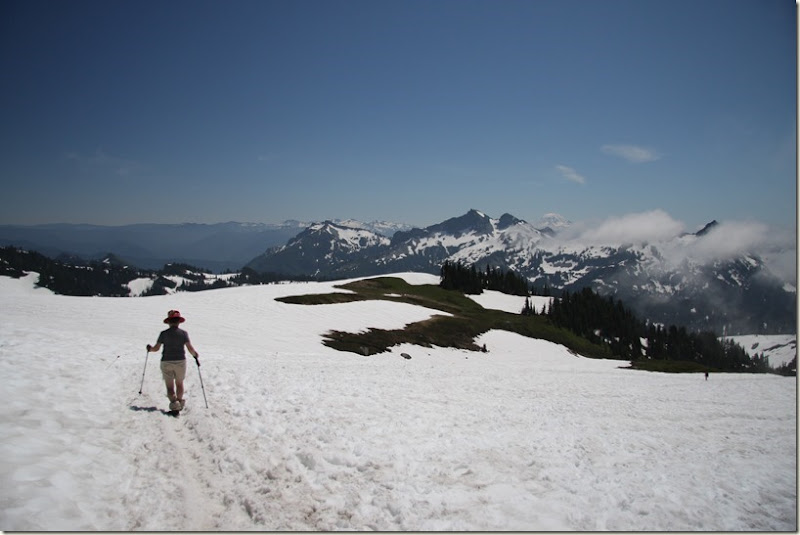 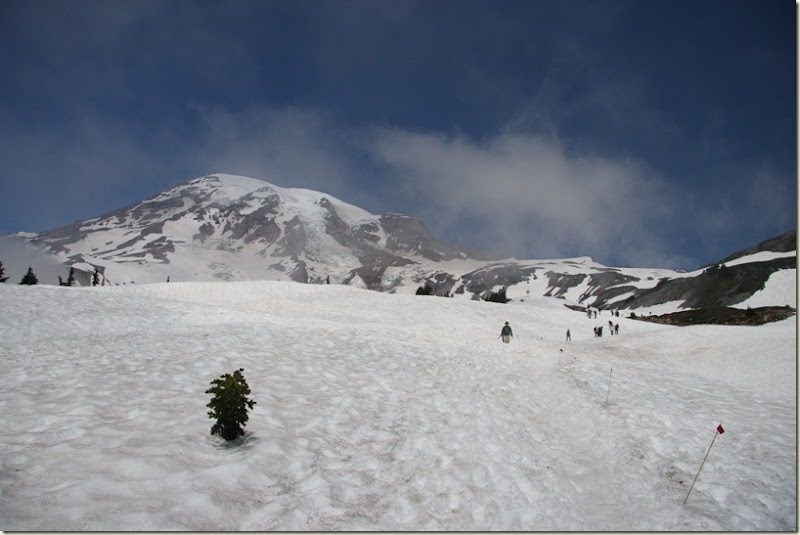 This picture was taken about half way down. The arrow shows where we had climbed to. 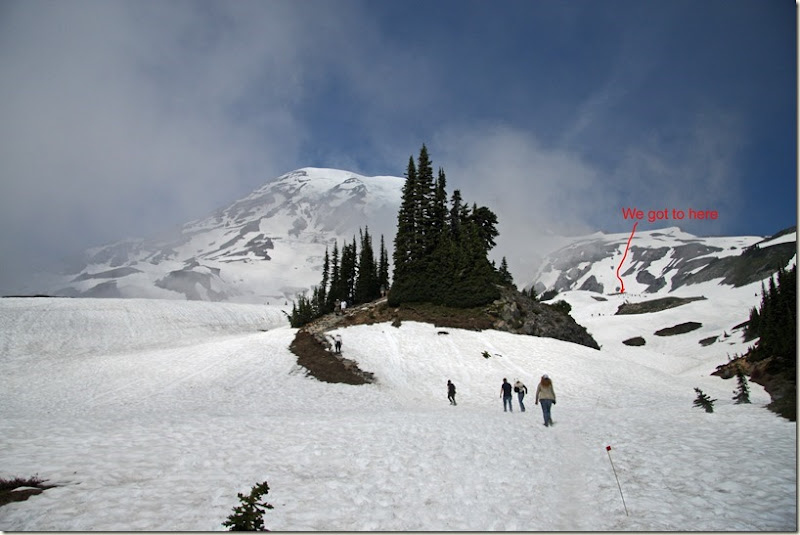 By the time we got down the mountain had disappeared in the clouds again.

The ranger said this weekend is usually the busiest of the year. It was a bit of a zoo by now and no view of the mountain. As this was the only trail open, people were still going up  in hopes of seeing something but I doubt they did. 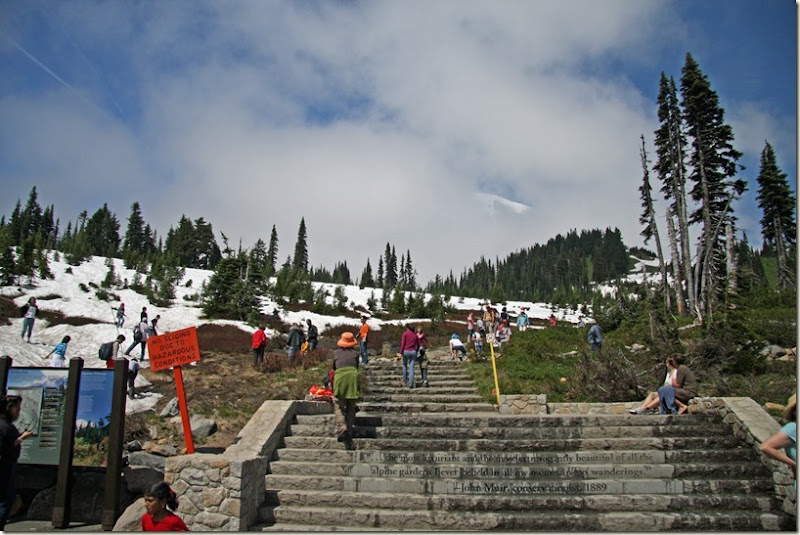 A large group of people just decided to have a snow ball fight near the parking lot. 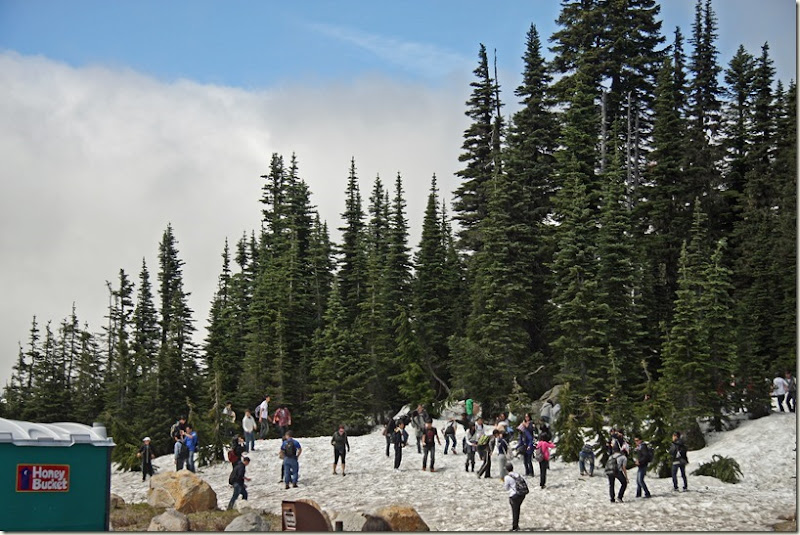