Yesterday we drove back up north to our next RV park at Mount Vernon. There is not much to report. It was a nice day and mostly boring interstate driving. The campground is another slotted parking lot with mostly permanent residents. After setup we went shopping to stock up after our week in wilds of Mount Rainier. 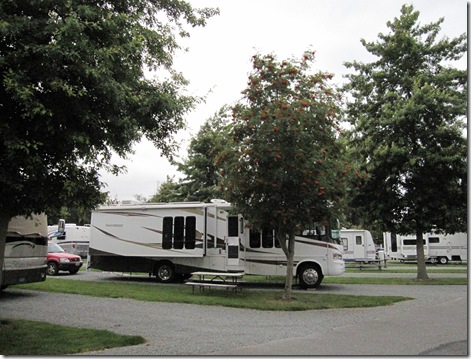 Today we braved the traffic to go look around downtown Seattle. The guide book says Seattle has some of the worst traffic in the country. We left about 9 am and it is about an hour drive so we missed most of the morning rush. Coming back at 3:30 pm it was very busy but they have HOV lanes which we could use to miss most of it.

One weird thing was that Interstate 5 has a set of express lanes but only one set. In the morning they are used to go into town and in the evening they switch and are used to go out of town. I think it is because there is a long bridge that only had room for the one set.

We are not really into museums and the Space Needle sounded too much like the CN Tower so are main objective was to wander the waterfront and go to Pike Place Market. This place is much like St. Lawrence Market in Toronto but 7 days a week and about 10 times as big. 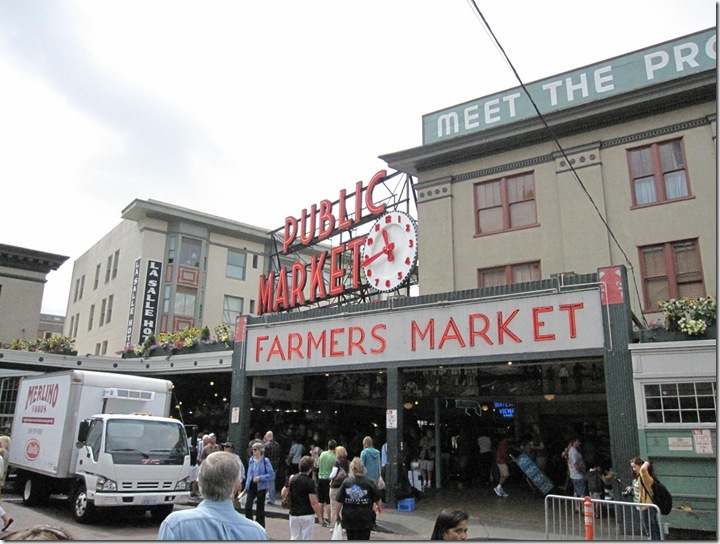 All the book and brochures say to come here so it was a bit of a zoo. The main part is one huge long corridor but then there are two floors of stores below and many more in the surrounding neighbourhood. 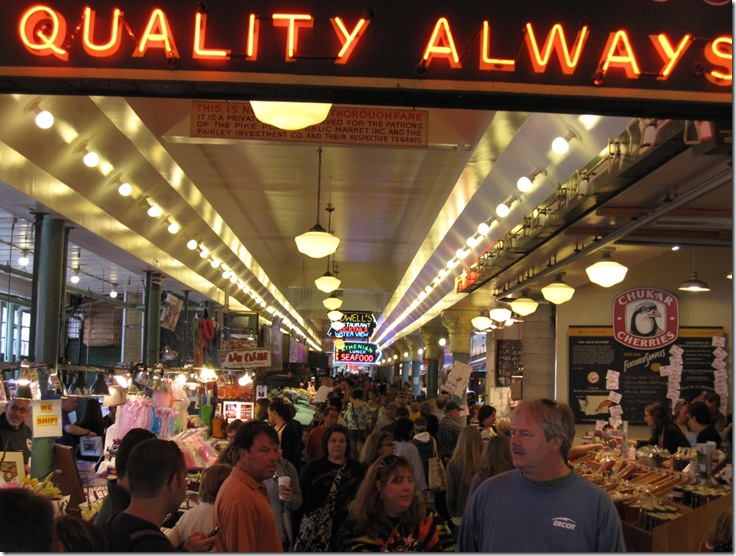 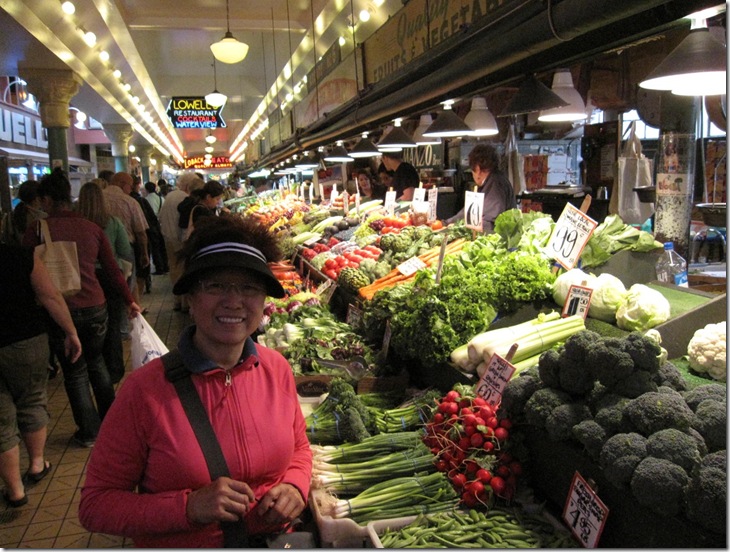 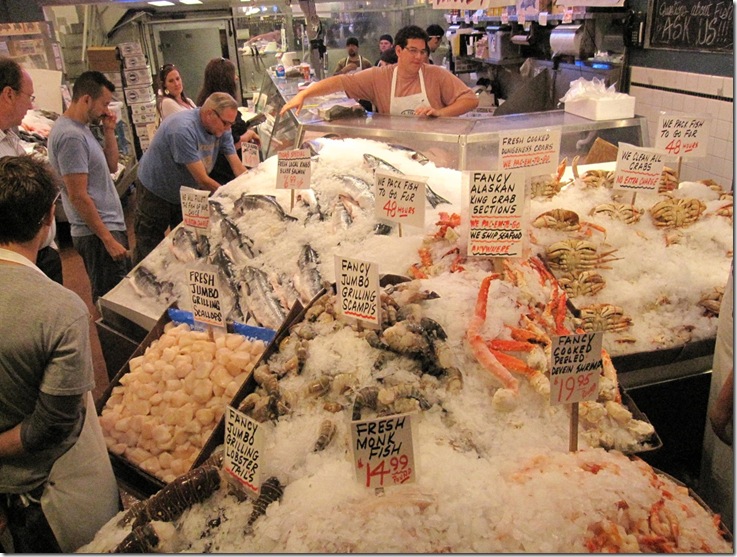 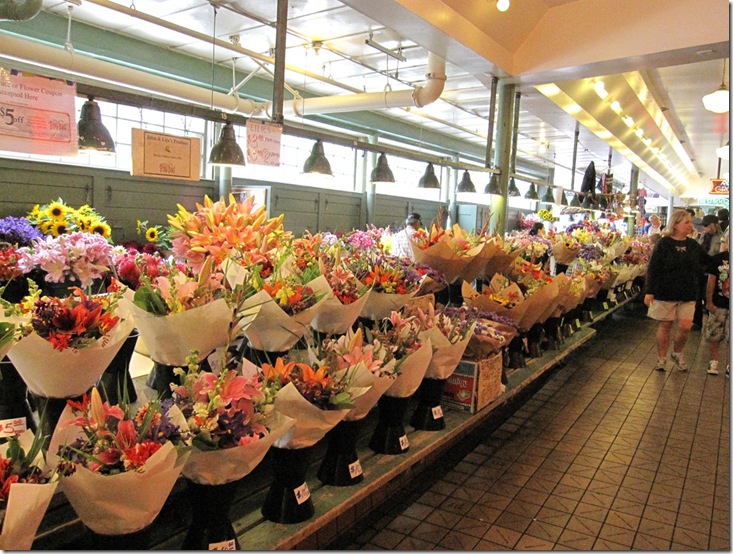 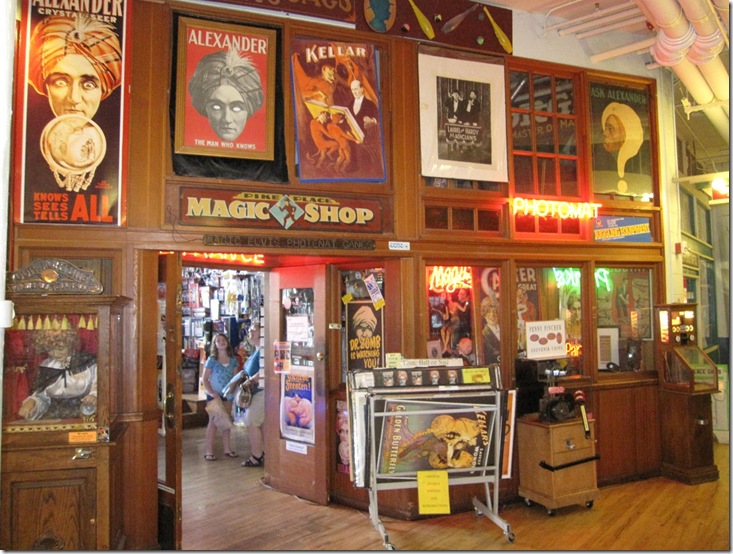 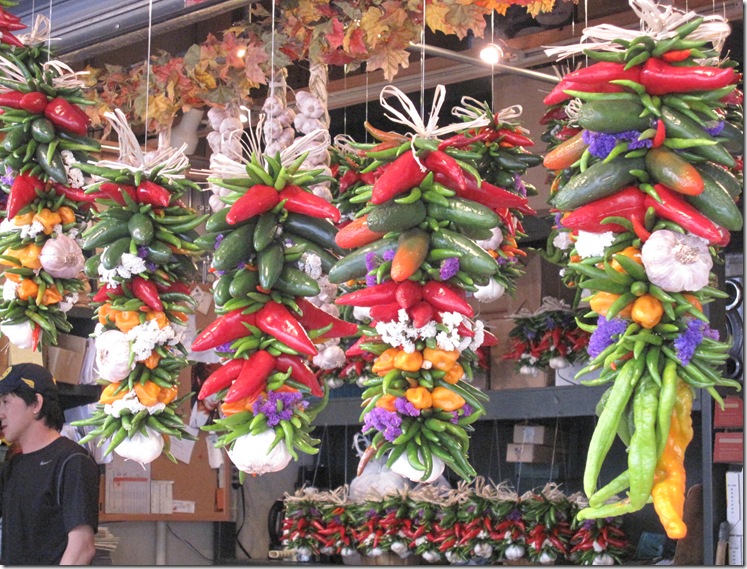 There is one famous fish store where they make a big show of it. When someone buys a fish they throw it a long way from the back of the store to the front. It was so crowded that it was impossible to get a picture. Across the street was another fish store that had a sign on some sort of salmon saying “7.99 a pound, 9.99 a pound if you want us to throw it” as a subtle jab.

We bought some more crab and some salmon to bring home and indulged in some pastries and ice cream. We had lunch while wandering along the waterfront. More chowder, of course. 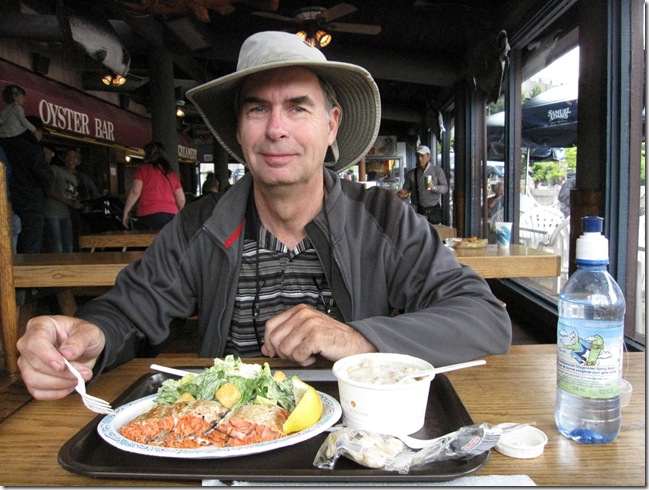