I had read in other people’s travel blogs that the boat trip up Lake Chelan should not be missed. Well, it turned out to be a relaxing day but we don’t think it measured up to the hype.

The drive down along a river was nice. 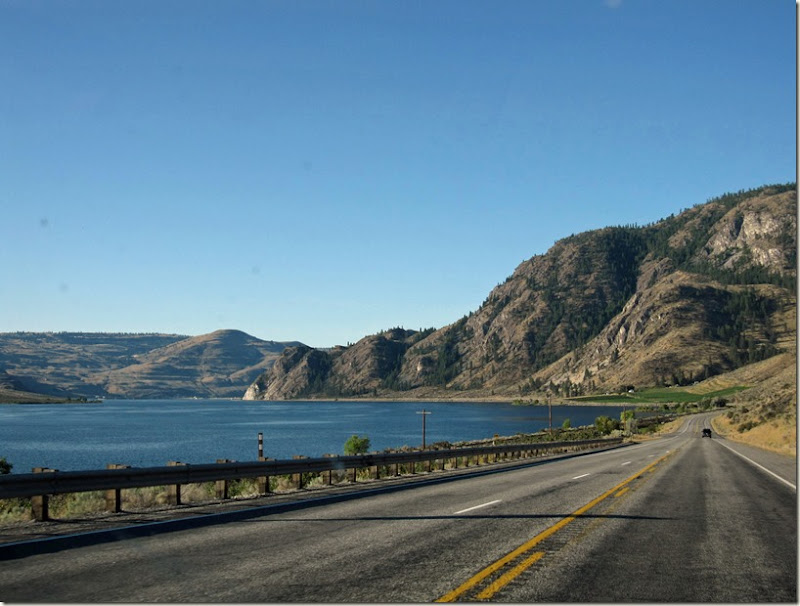 Lake Chelan is located in central Washington on the dry side of the mountains. It is 55 miles long and only averages about 1 mile wide. At its deepest it is over 1400 feet down making it the third deepest in the USA. On each side are very steep tall hills. I hesitate to call them mountains although the brochures said the lake is surrounded by 8000 foot tall peaks but the only ones we saw were off in the distance at the far end of the lake. I would make a wild guess that the hills on the edge were in the 3000 foot range but it is very hard to tell with no reference points. 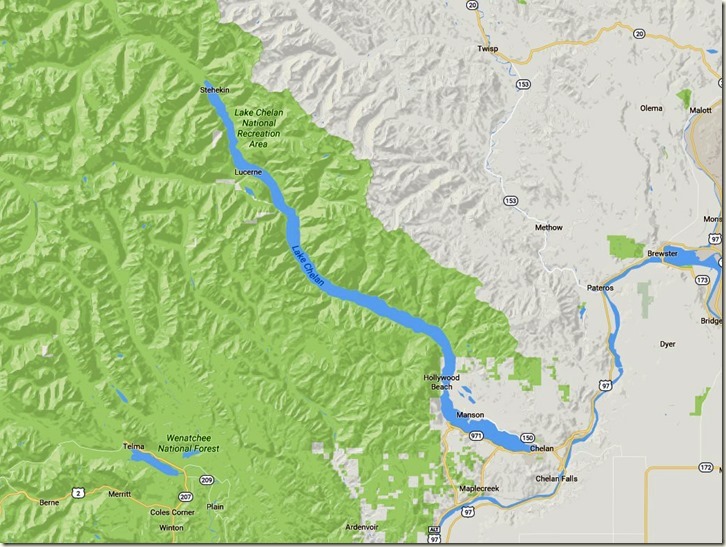 There are two boats tours up the lake. The fast one takes 2 hours each way and the slow one takes 4 hours. Based on what we had read and not being in any hurry we took the slow one. Oops. Even awesome scenery can get very monotonous when you are looking at essentially the same thing over and over again for 8 hours. This was pretty but not awesome. The 4 hours up was OK but it was tough to stay awake on that long trip back. 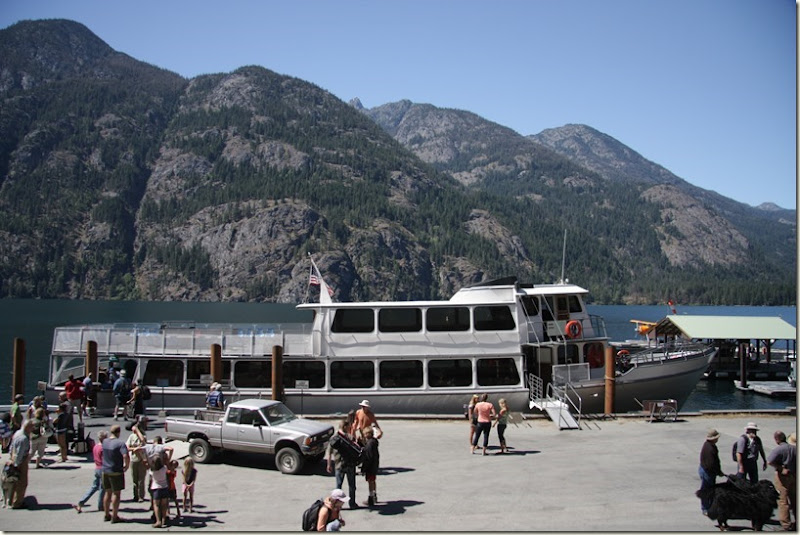 In early part, eastern part of the trip, the sides of the lake are more populated and not as steep. 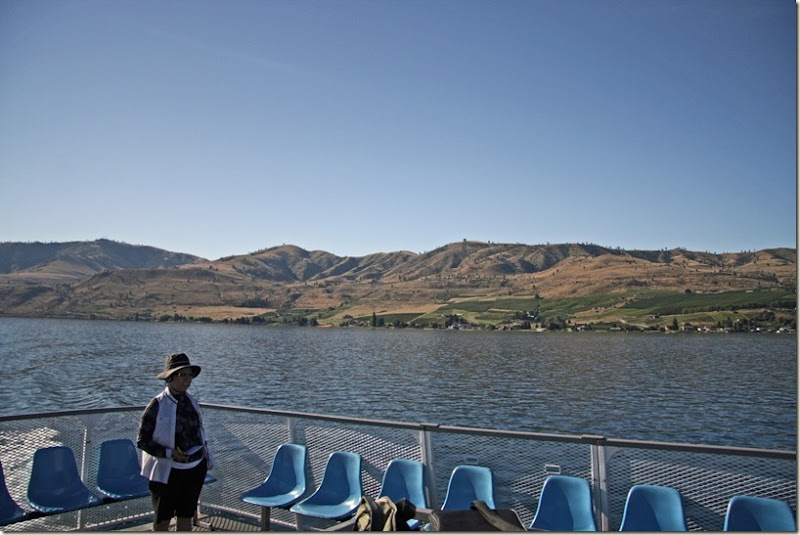 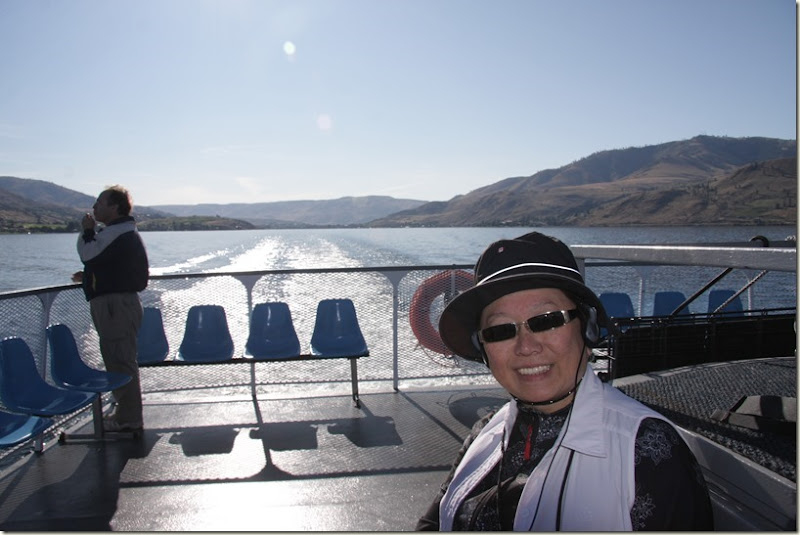 Even though it is very dry here, this area is known for its high quality fruit, mostly apples and pears and some vineyards. We could see these nice organized lines of very green trees surrounded by vast amounts of dead grass. 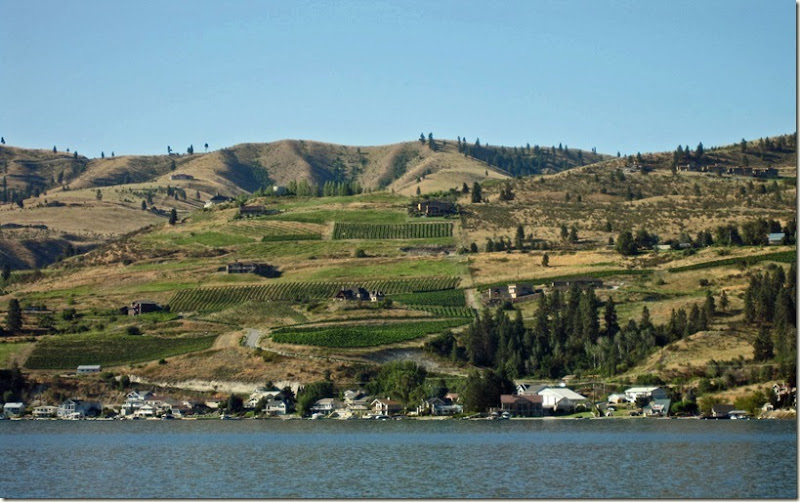 As the lake got narrower the mountains got higher. 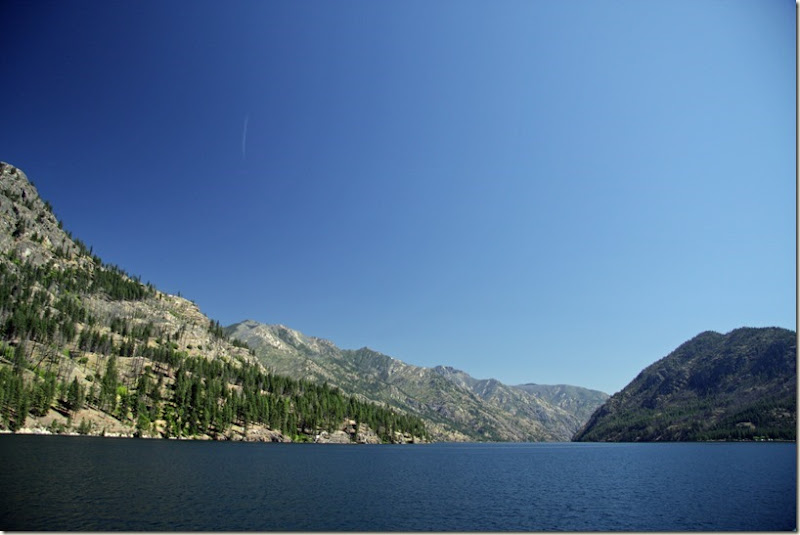 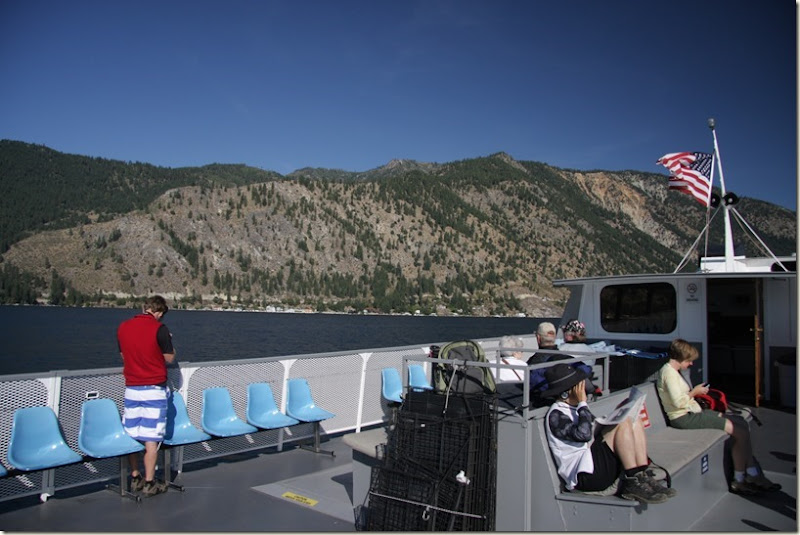 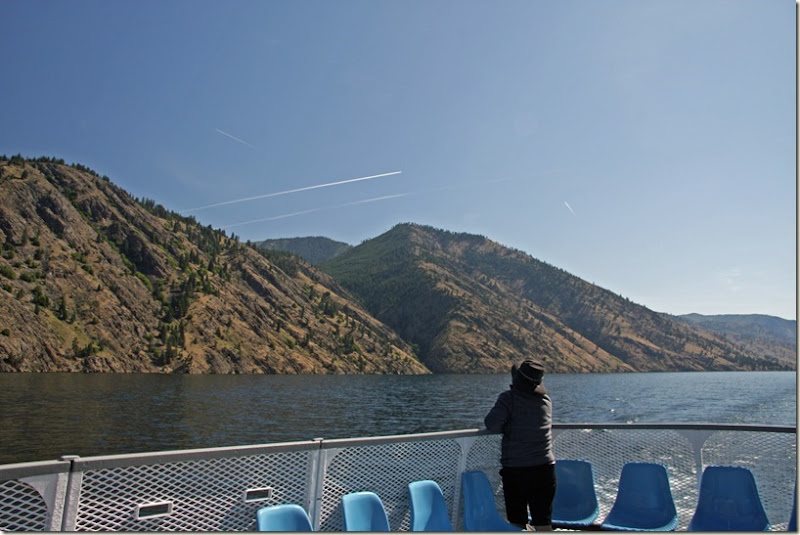 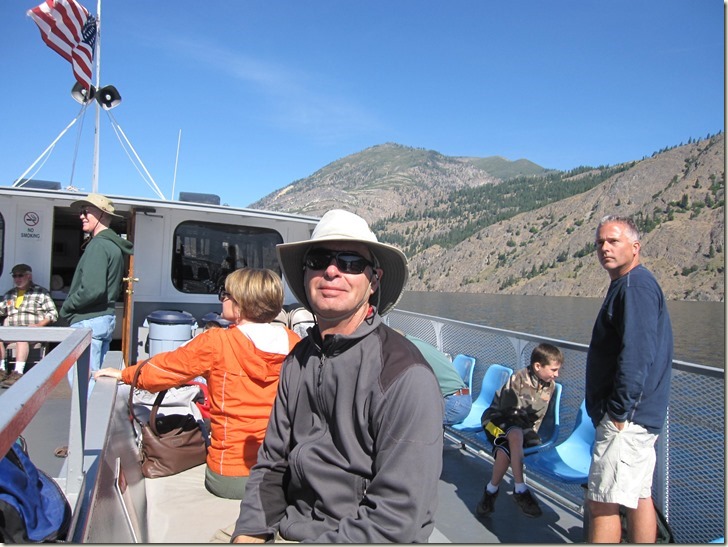 I tried to include some boats for a size reference. Its tough to see the boat in this one. It is a tiny white dot about a third in from the left. 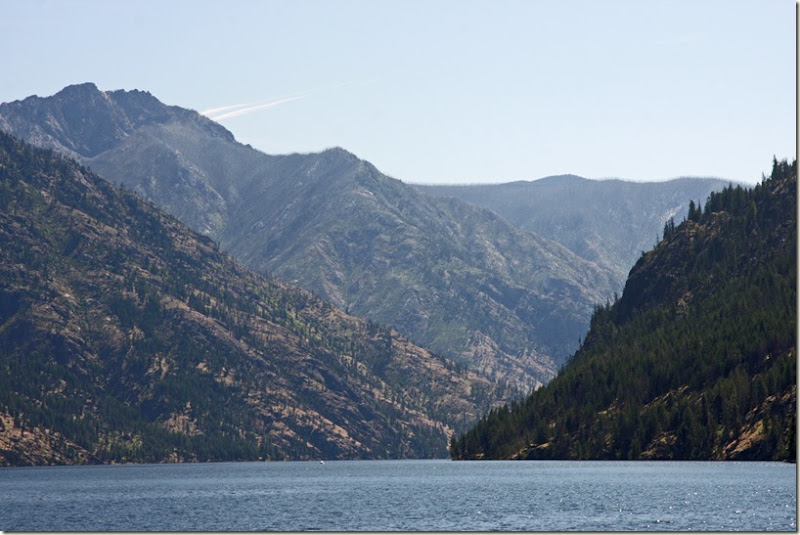 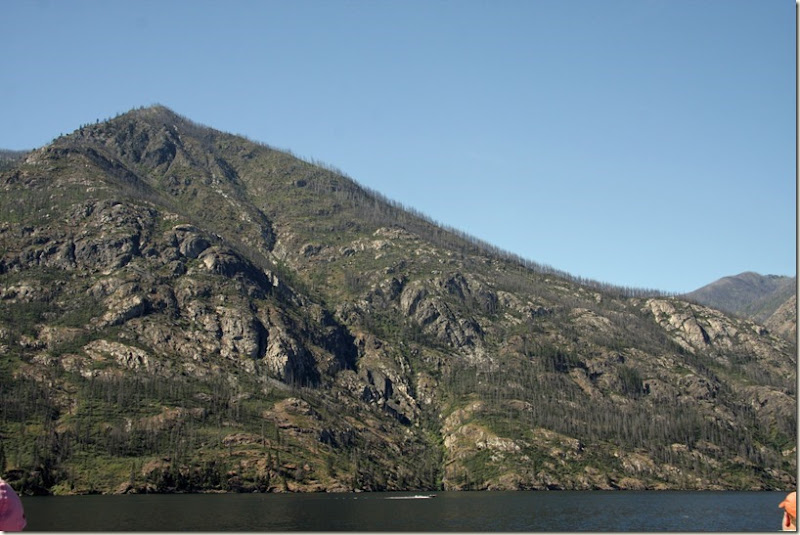 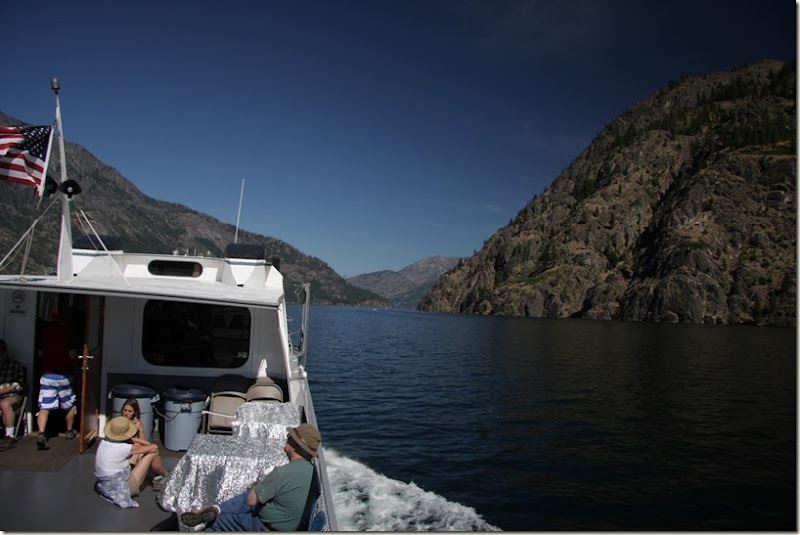 There is a white cabin cruiser next to the waterfall, below. 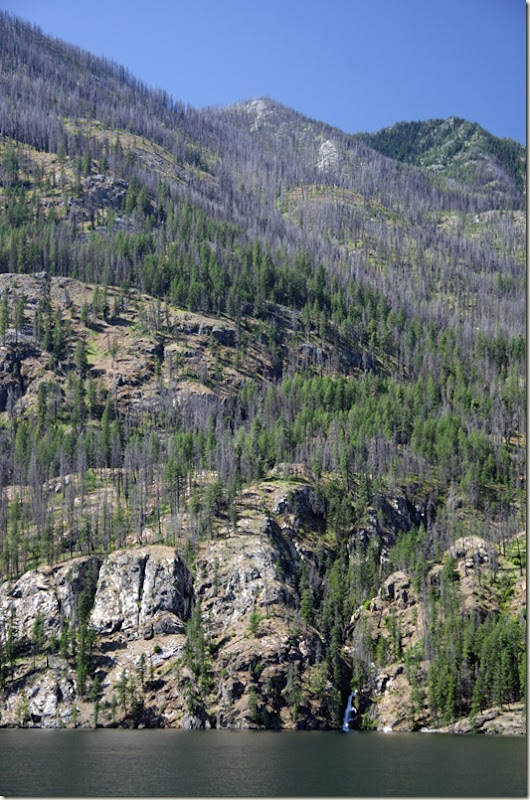 I am not sure why there were so many dead trees but it is most likely due to the beetle infestation that has killed so many tress elsewhere. 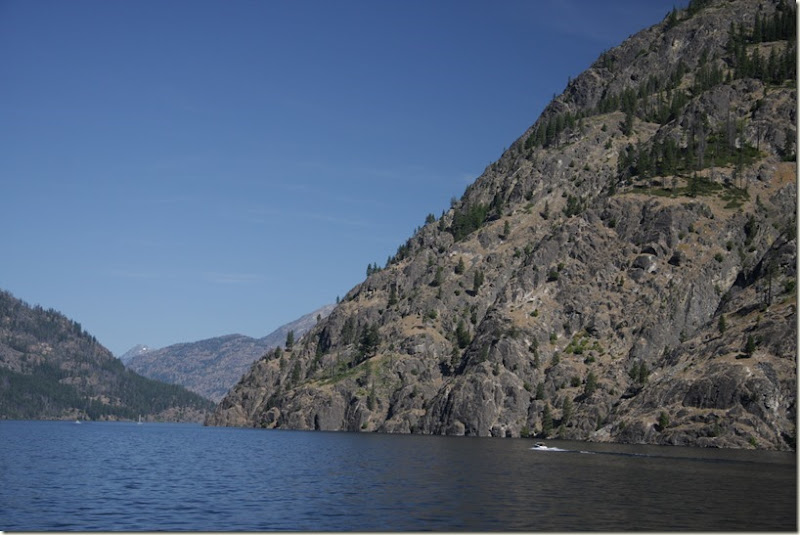 The town of Stehekin at the end of the lake is only reachable by boat. It has some resorts and is major trailhead for some long distance trails into the southern part of North Cascades National Park. That is why there were different numbers each way. Only some of us did the day trip there and back. We had a 90 minute stopover here for lunch and a bit of exploring. 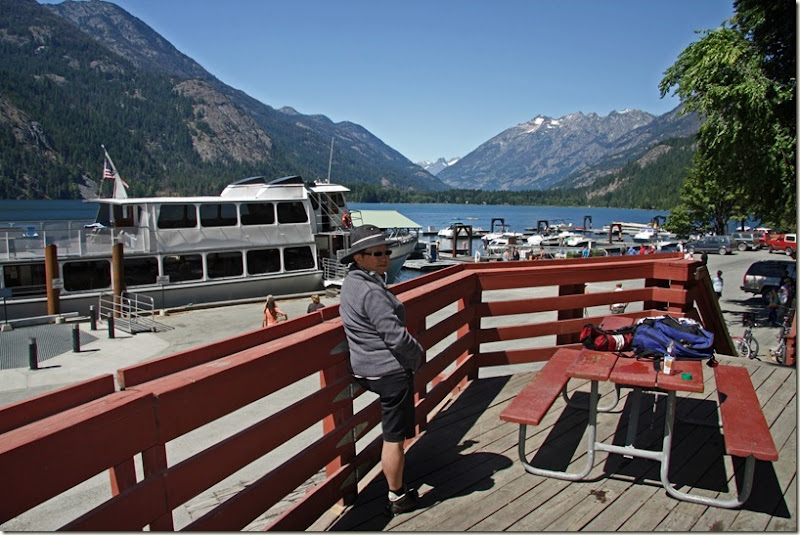 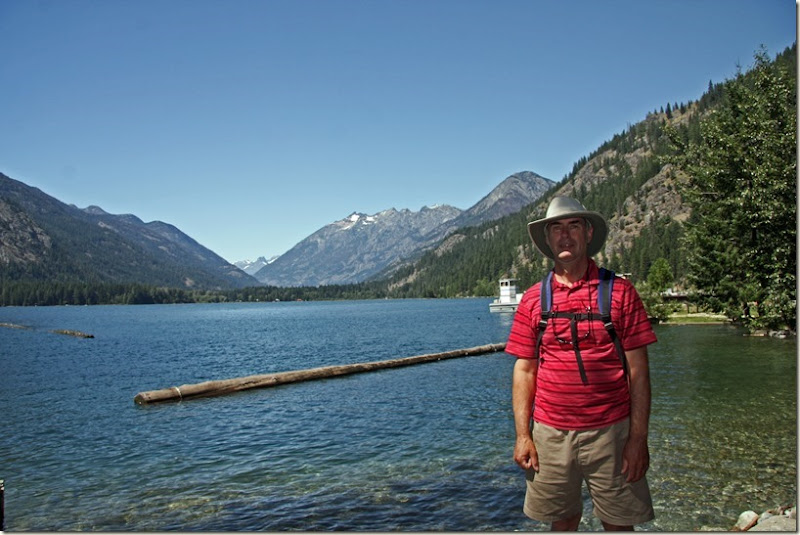 The real mountains start past the end of the lake. This is where all the long distance hikers are going. 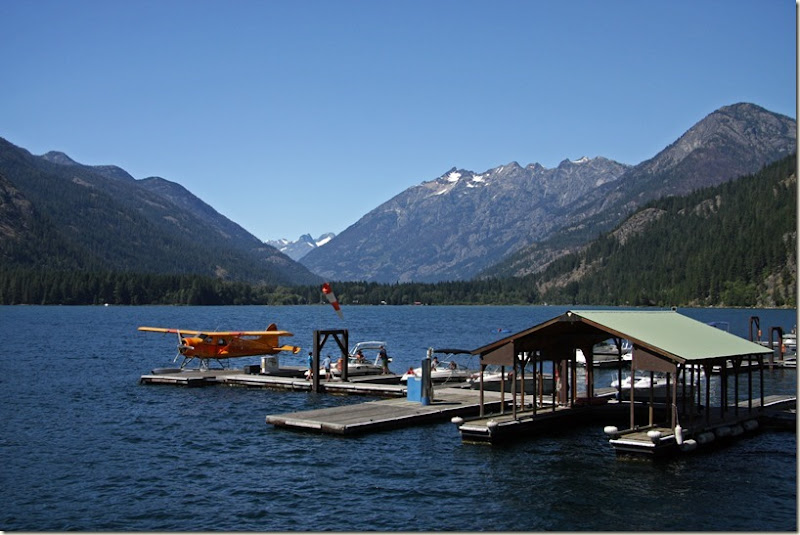 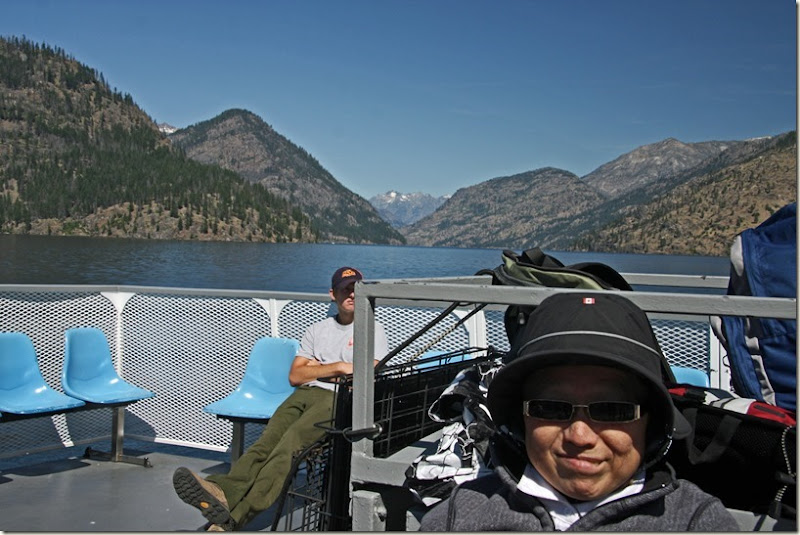 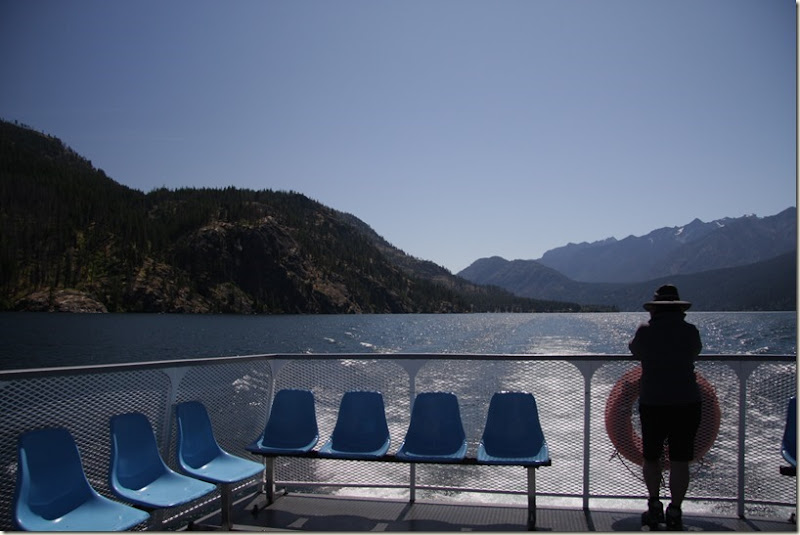 The trip seemed VERY long by now. Getting a bit bored. 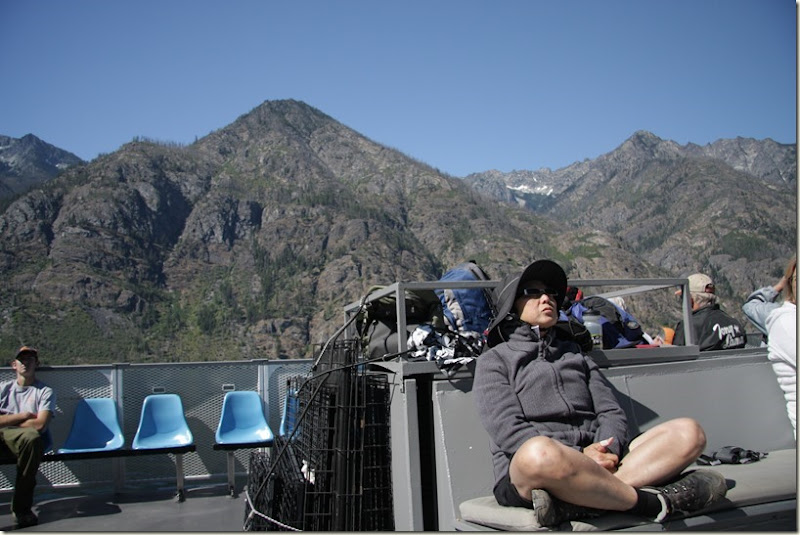 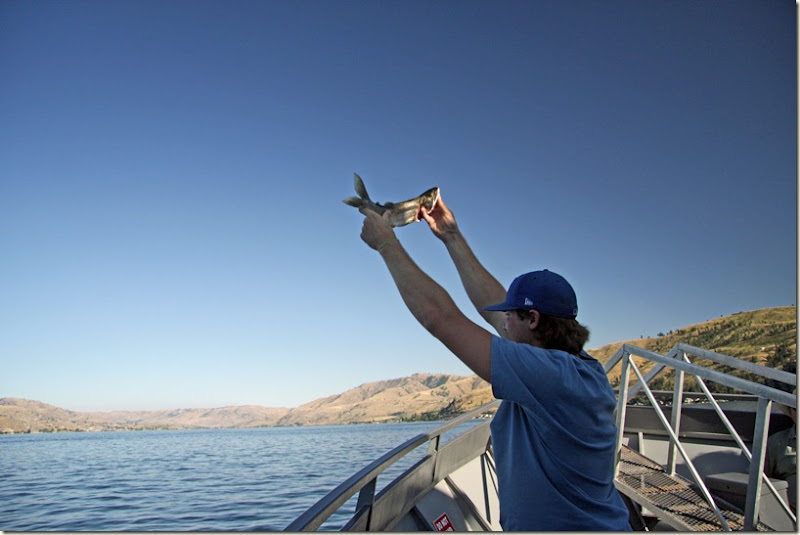 Another thing I noticed was that there were a lot of large logs floating in the lake and some were deadheads with only the very end floating. We saw literally hundreds of boats and jet skis on the lake. I wonder how many collisions there are. I would be very worried about bringing my boat here. 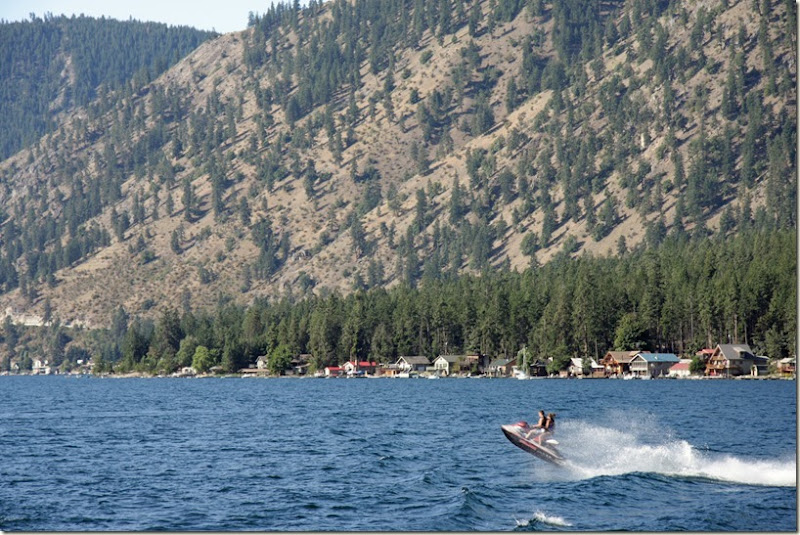 If we had just come here it would probably have been impressive but with the other places we have been in our recent and past travels the scenery was a bit disappointing.

But the weather was perfect and there is really no such thing as a bad day on a boat.