First, a bit of a scare. As I was writing this my leg felt itchy. I reached down to scratch and found a tick. Oh Crap! We had a card about Lyme disease that showed pictures and it was the shape of a Deer Tick, which will likely give it to you. I rushed off to the local clinic and got there at 4:55 and they close at 5. They very nice and stayed to see me. It was there first time with a Canadian though. After getting the basic checks from the nurse the doctor saw me. I had brought the tick with me. He looked and said it was a Wood Tick which almost never spreads the disease. Whew. The wood tick is much larger than the deer tick and if we had looked closer at our card it showed the actual size. Still, I feel better going to the doctor. Their business office was closed so I have to go back tomorrow morning to see what the dollar damage is.

I think I got the tick on the hike yesterday. I only just saw it because it is so hot here I put on shorts. Definitely using more bug spray. I did have long pants on for the hike.

Meanwhile back on the ranch…

Another beautiful day. First we made the trip around / over the tip of Lake Superior through Duluth. 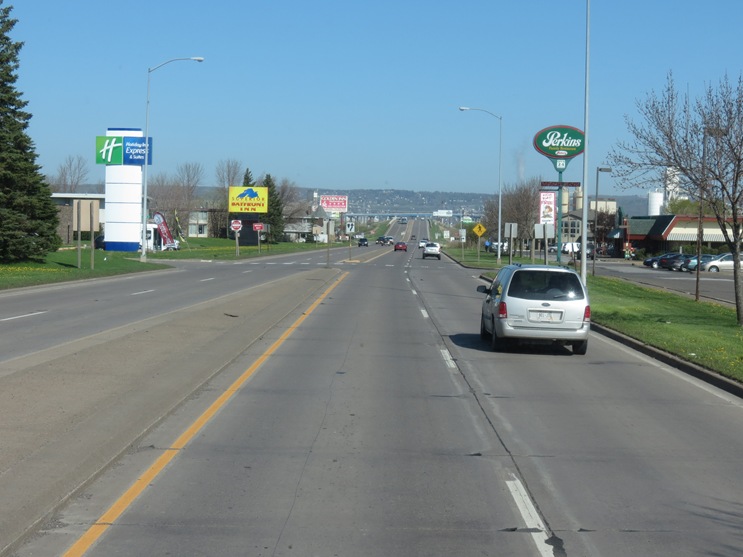 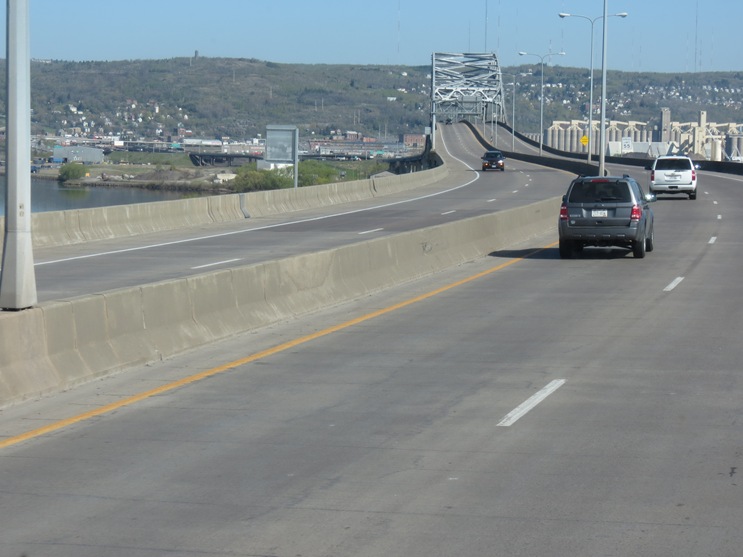 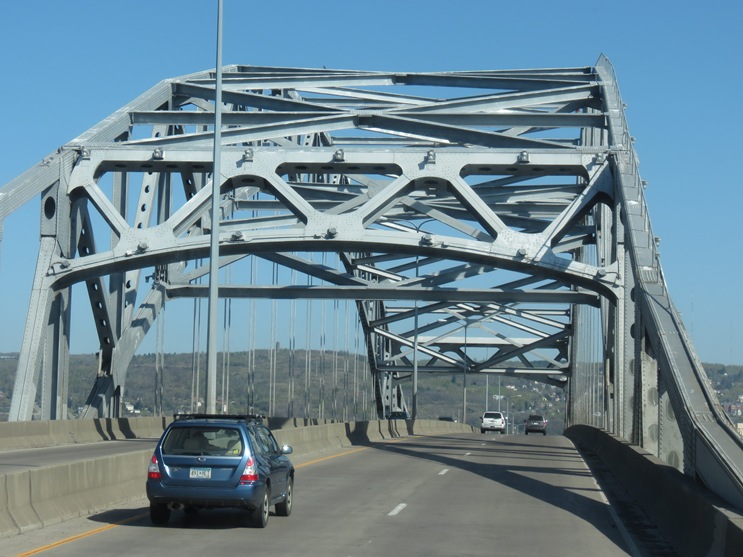 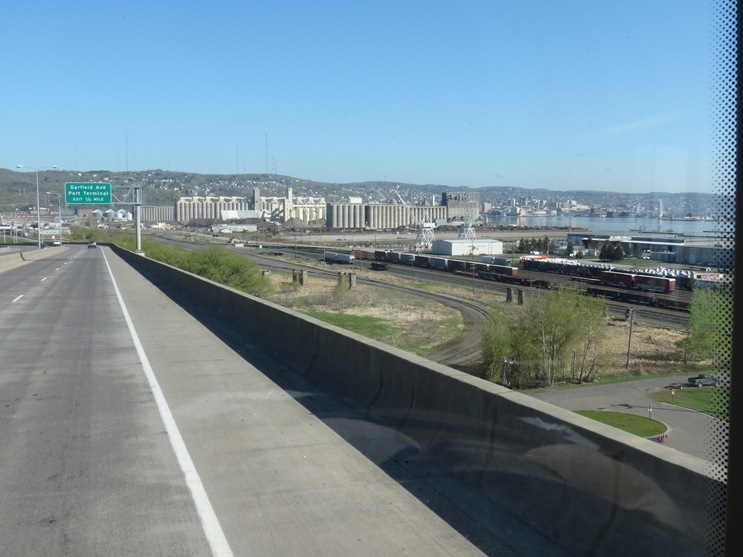 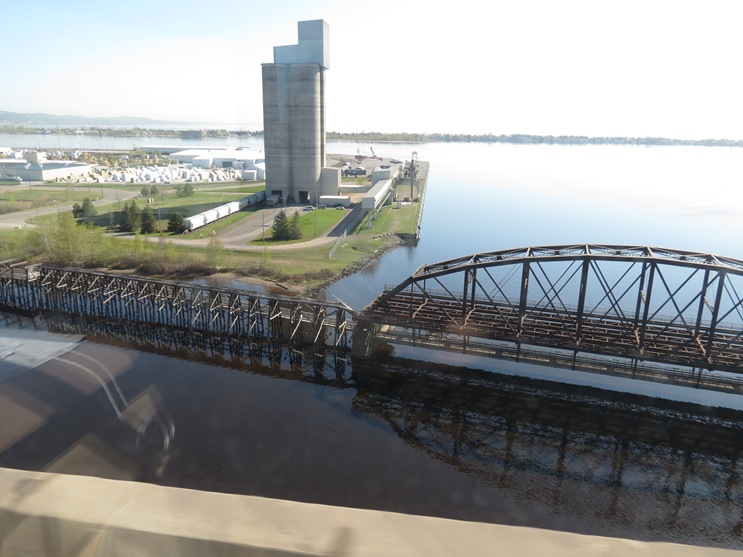 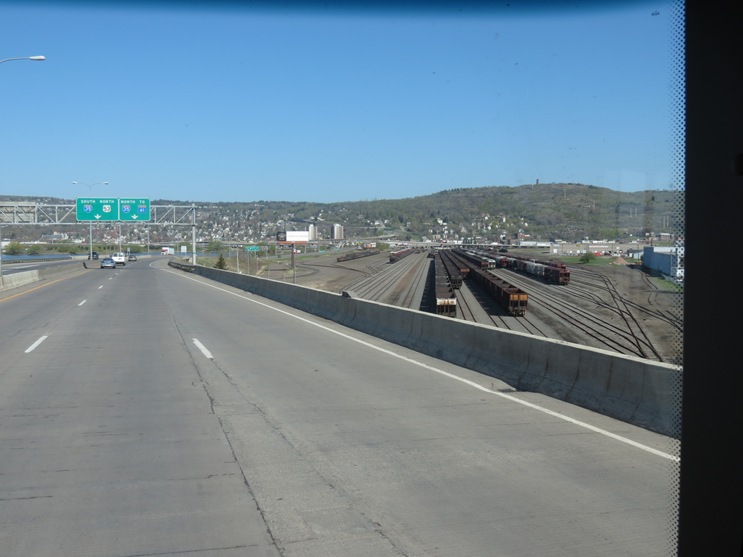 Thank goodness for the GPS in navigating the spaghetti mess of roads. 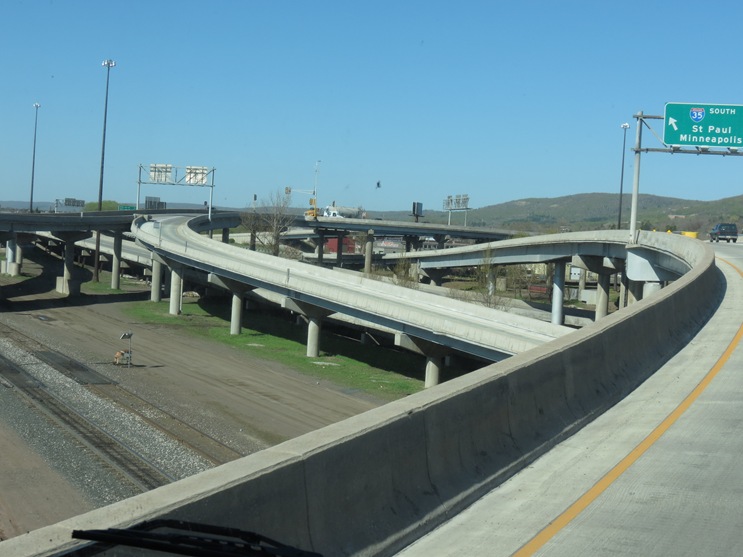 Then back to more long straight stretches through a tunnel of trees. At lunch, at a rest stop on Cass Lake. 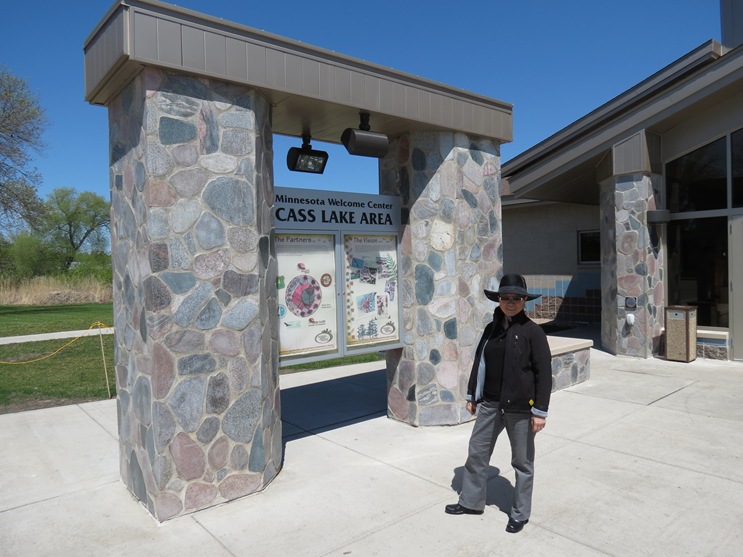 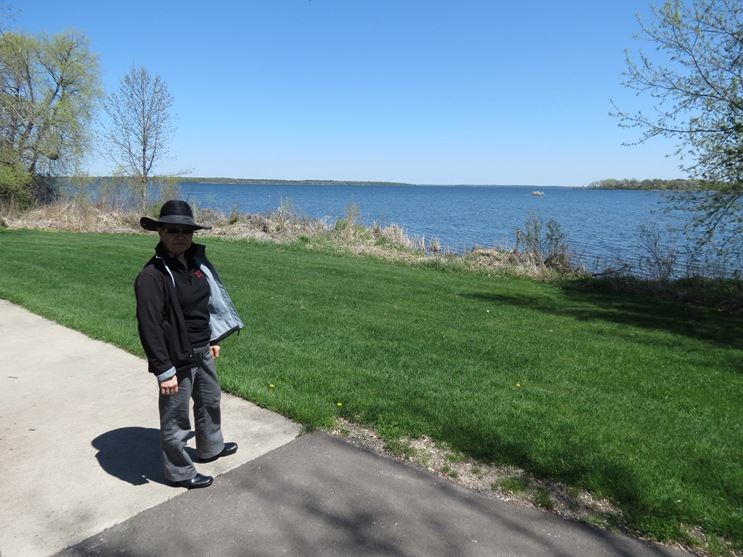 We spotted this guy or girl. After lunch the highway was more like an interstate. 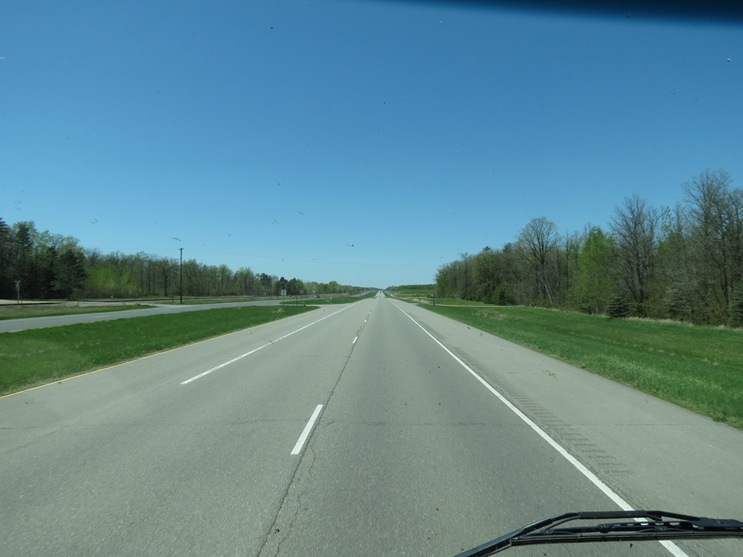 We did have another scare. Along this section two deer ran out on the road. I had to brake very hard and swerve to miss them. I am not sure how I missed seeing them until they were right out on the road, with those wide shoulders. The long straight stretches are a bit mesmerizing.

I planned to stay in a small city park in Crookstown. All I could find out about it was that it opened in May. As we rolled in the sign said opening May 15. Oops. I saw some workers and asked if we could stay. They said to go over to city hall, which was not even a block away. The lady there said no problem, just that none of the utilities are turned on which is OK with us. Also no charge as it is normally $10. As another bonus, the library next to the park is a WIFI hotspot, which we can access from the RV. 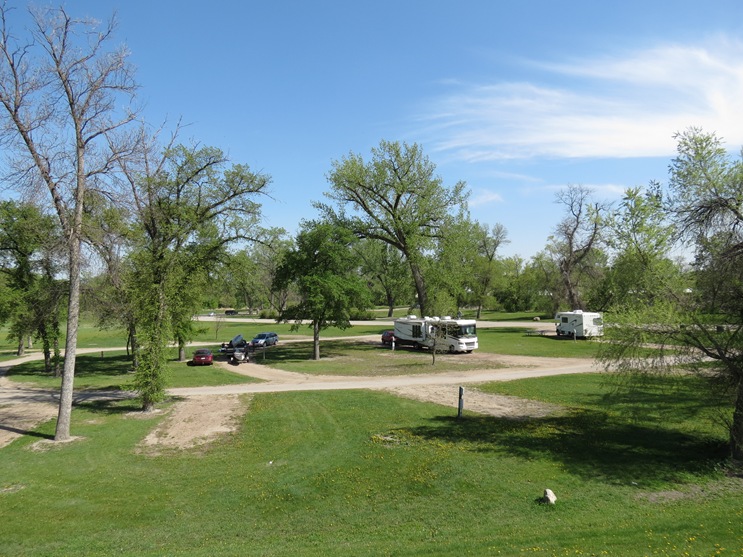 I still can’t get my Verizon internet stick to work. There must be something wrong with it because the city hall clerk said her Verizon phone works fine.

Enough excitement for one day.