During the night I remember thinking that this is the quietest place I have been in a very long time. No wind, no highway noise, no other people, just dead silence. The only other times I remember this was when I would get up very early and go out in the canoe at our cottage on Lake Penage.

Today was another sunny day with a high around 20C. Perfect for hiking. After sleeping in late and reading books until noon, we took off for a short hike called Beaver Pond Trail.

As we were about to head out I looked up an saw this interesting halo around the sun. The picture doesn’t really capture it but I could see colours in the halo. There were high hazy clouds so I think the water in them acts as a prism. 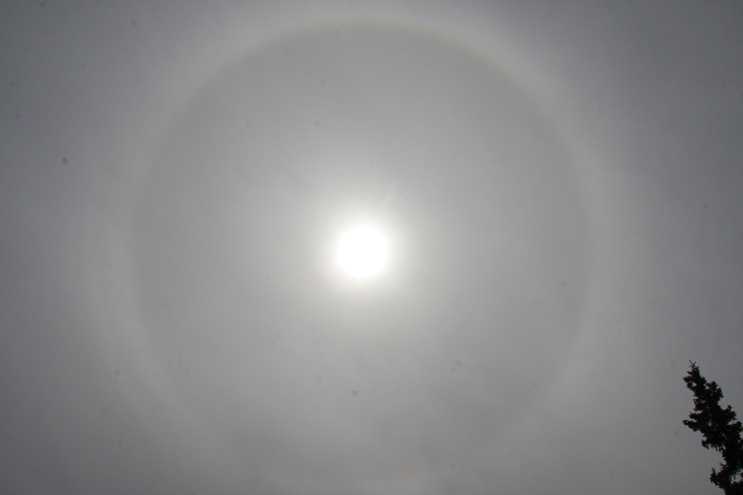 The trail was a 3 km walk though the aspens around several ponds. 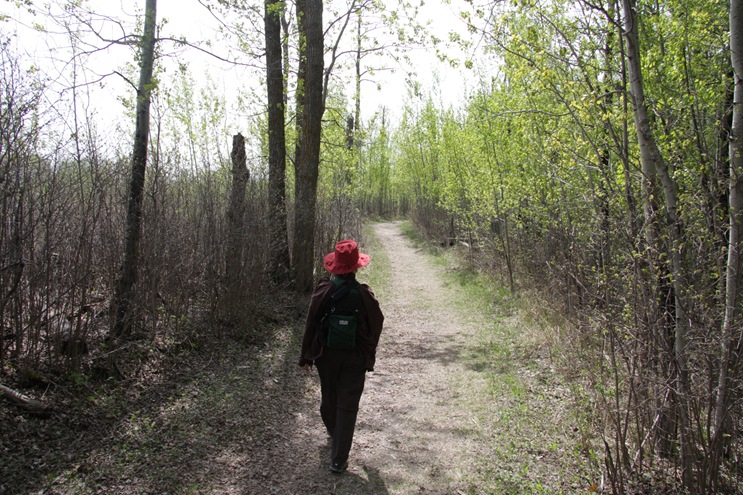 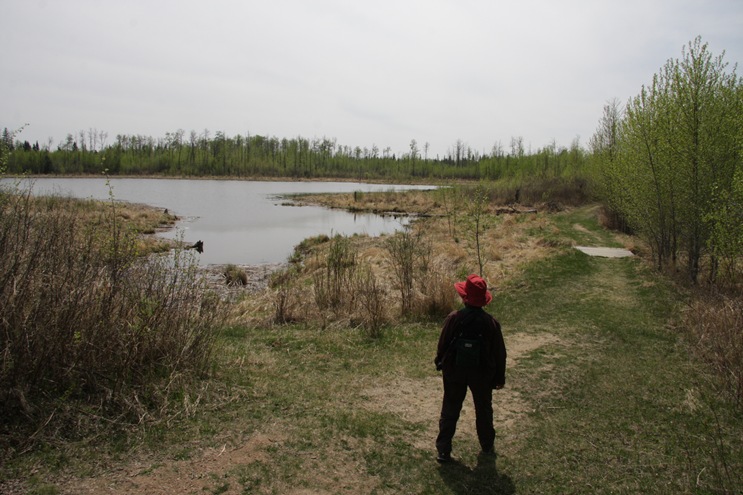 Then off in the distance, we spotted our first large animal of the trip. 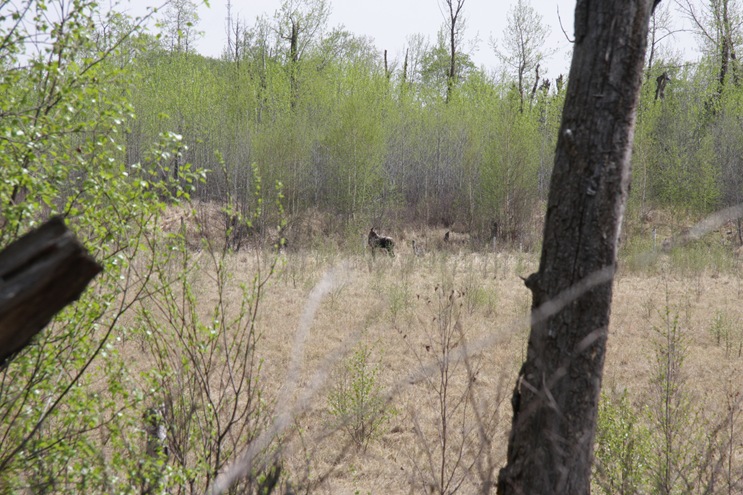 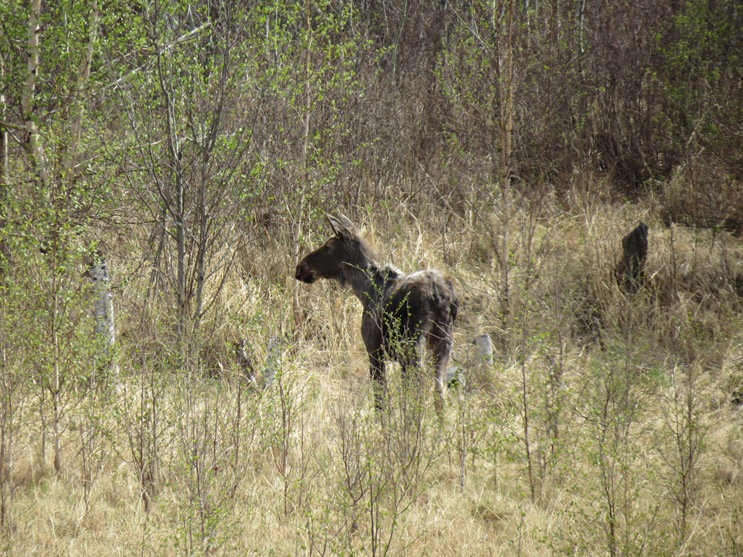 As soon as it spotted my nice bright red shirt, it quickly trotted into the bush. 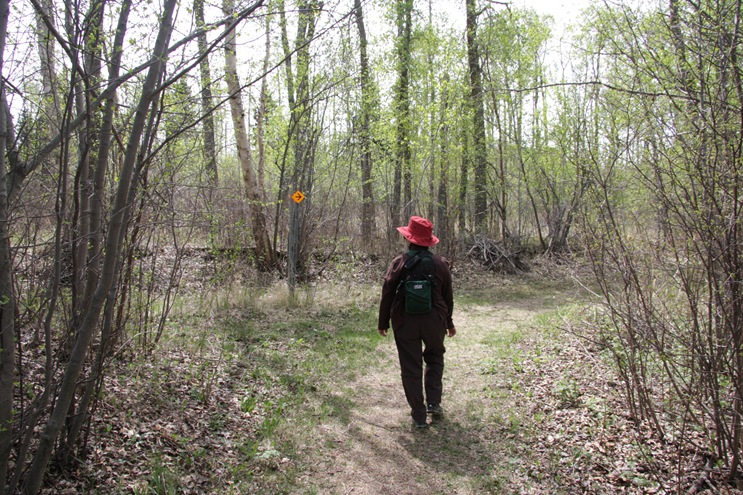 There is a large herd of bison here as well as moose and elk and deer. The park brochure had pictures of each animals “deposits” which we found in abundance along the trail. Most of it was old but some looked rather fresh.

The whole park is fenced in so that the animals, particularly the bison cannot escape. There is one of these grates on each access road, which are fun to go over in the RV. 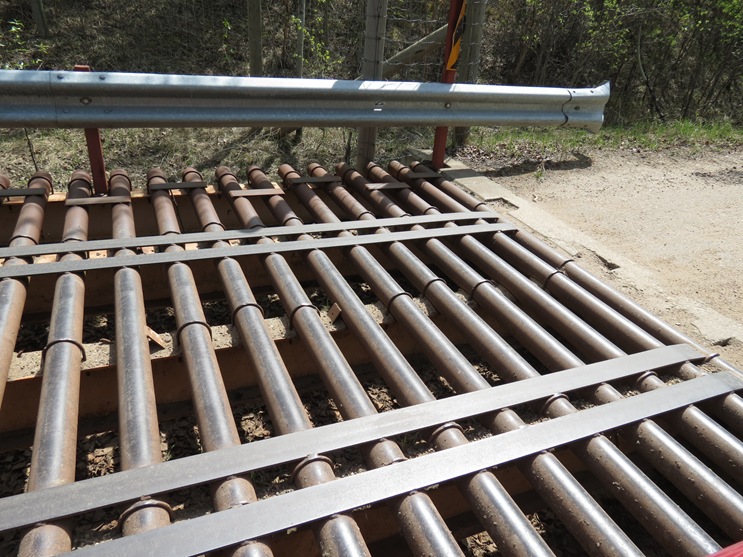 Also, if a trail crosses the fence you have to go through these narrow passages that the large animals can’t bend around. 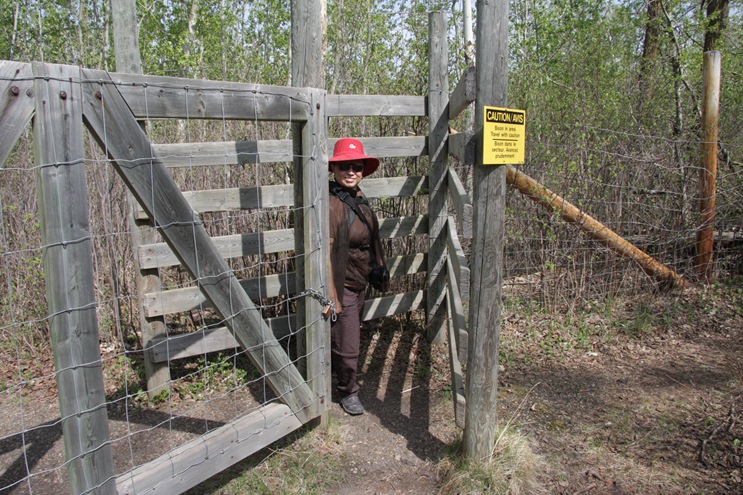 After having a picnic lunch at the beach, we headed off on another hike called the Lakeview Trail for obvious reasons. 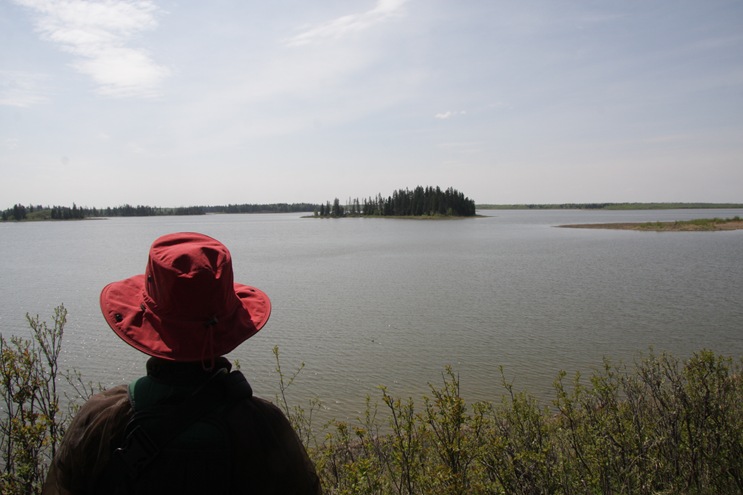 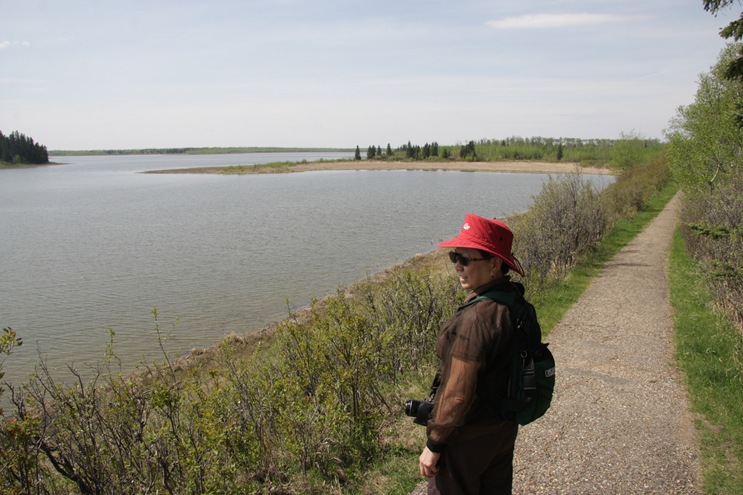 Those of you that followed our trip last year will know how wonderful it was for us to finally see a viewpoint where they trimmed the brush back so that it was actually a viewpoint. 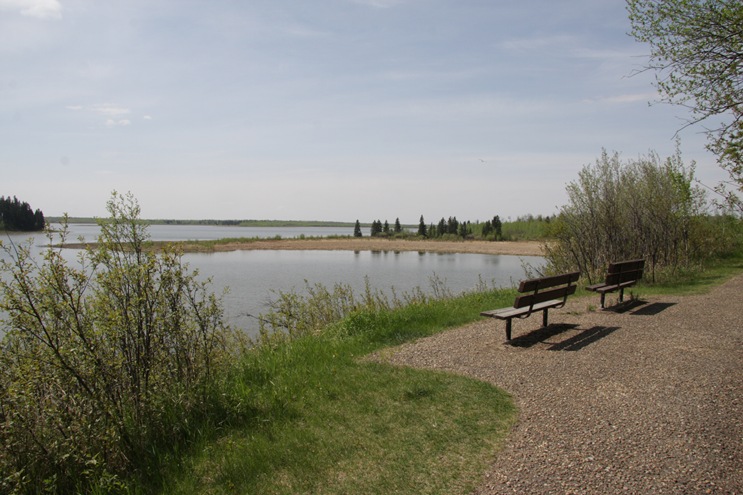 Another shot testing Jennie’s camera. Here is the wide shot. Can you see the two geese in the red square? 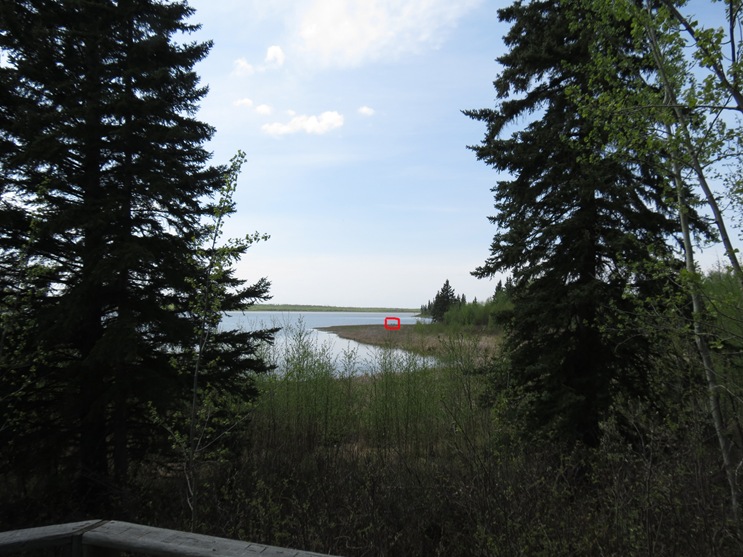 The telephoto view. Not bad for a handheld shot. 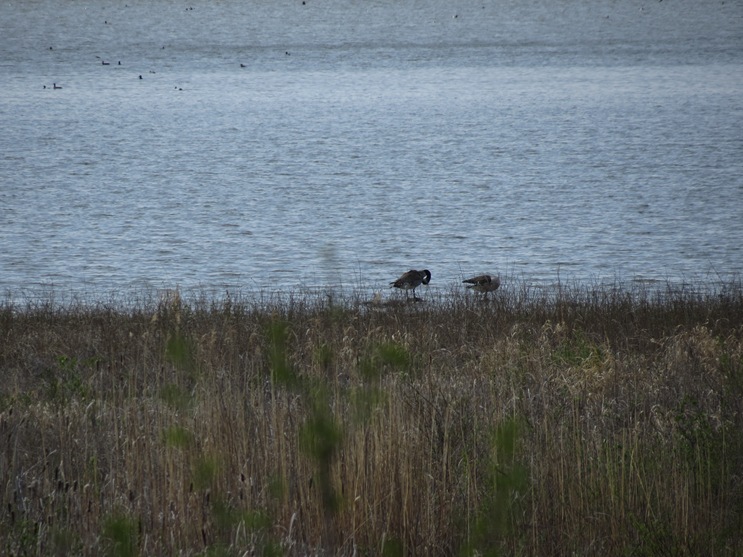 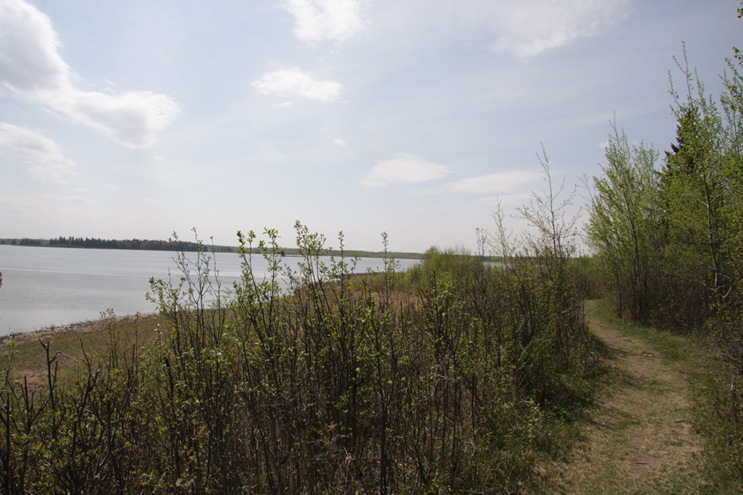 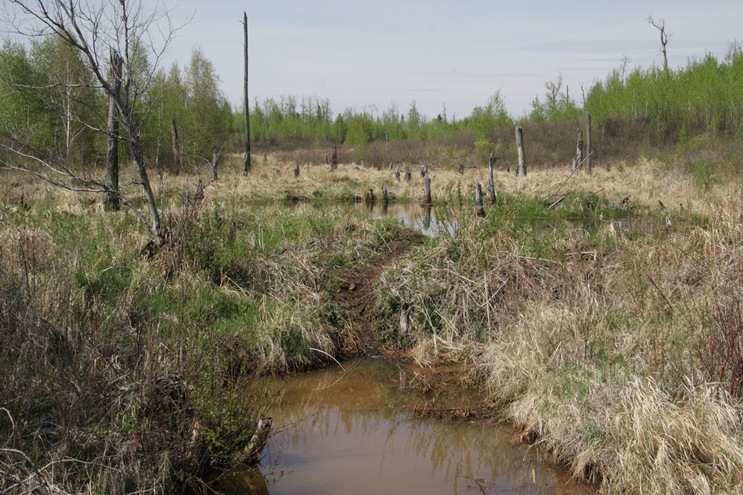 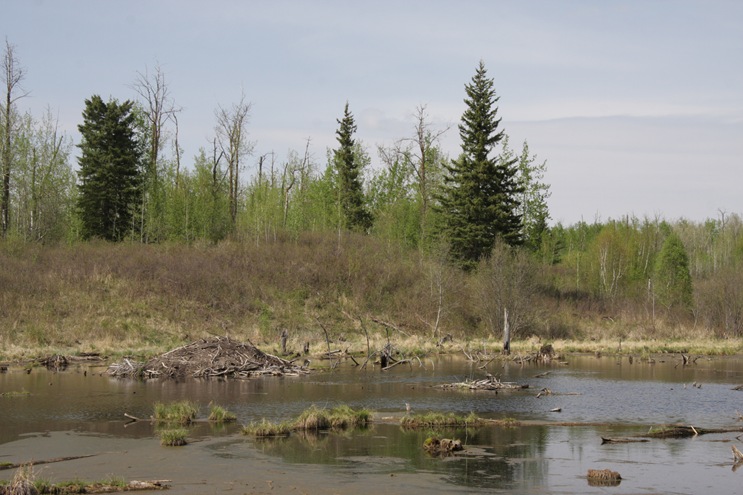 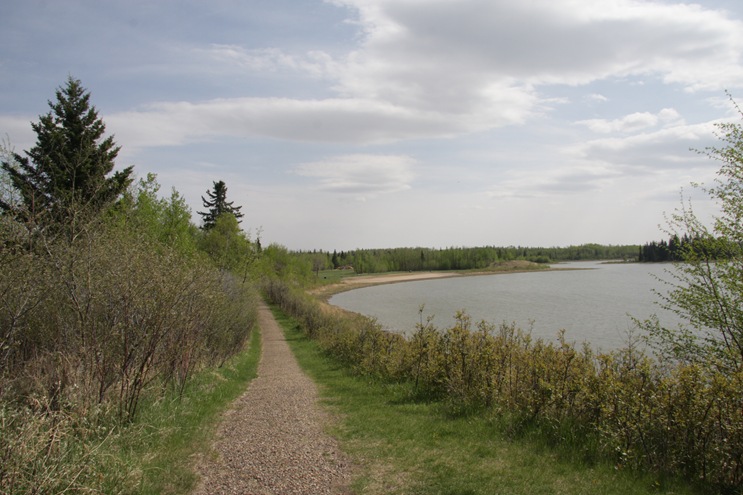 It looks like it will be another quiet night. There is no one else parked in our section. 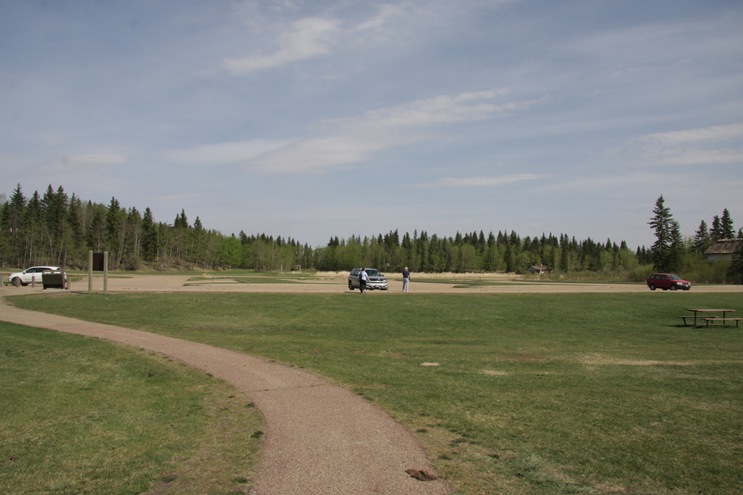