Sep 11 – To Edmonton and Saskatoon

Not much to report. Two travels days and two Walmart nights.

Yesterday it was all about the rain. In the morning it was very heavy and in the afternoon it let off a bit but it was there all day.

It was good thing that the drive to the hot springs had taken us out to the eastern border of the park so that we saw the amazing limestone mountains because today going the same way we saw nothing. 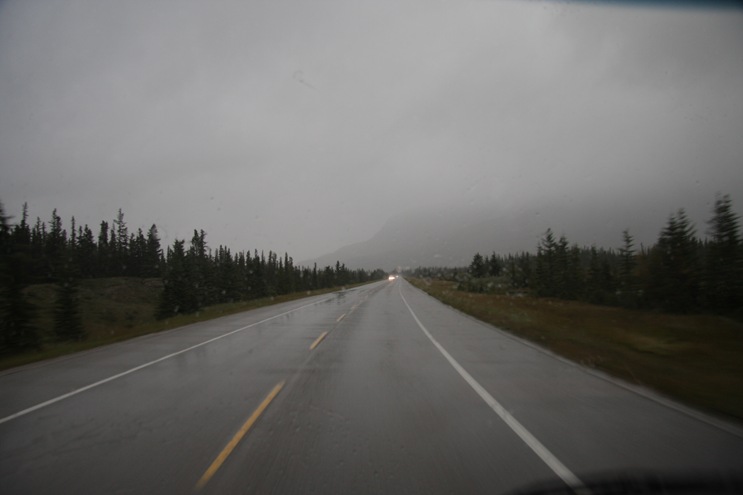 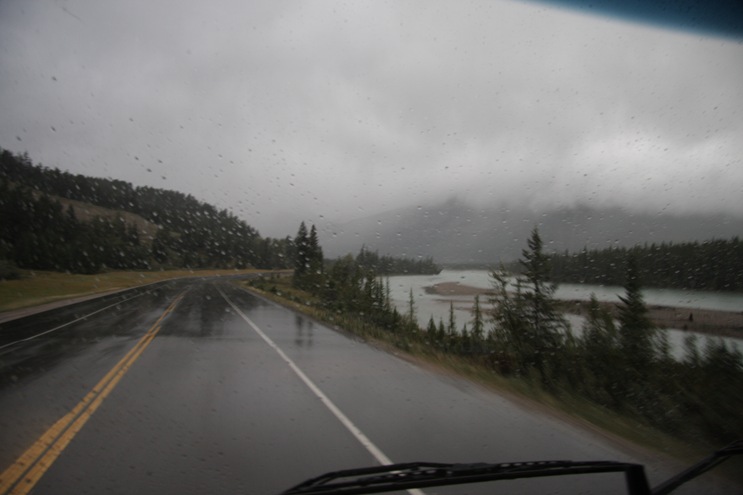 Less rain later but still very gloomy. The Yellowhead Highway is very boring. It’s a 4 line divided highway that skips by all the interesting little towns. 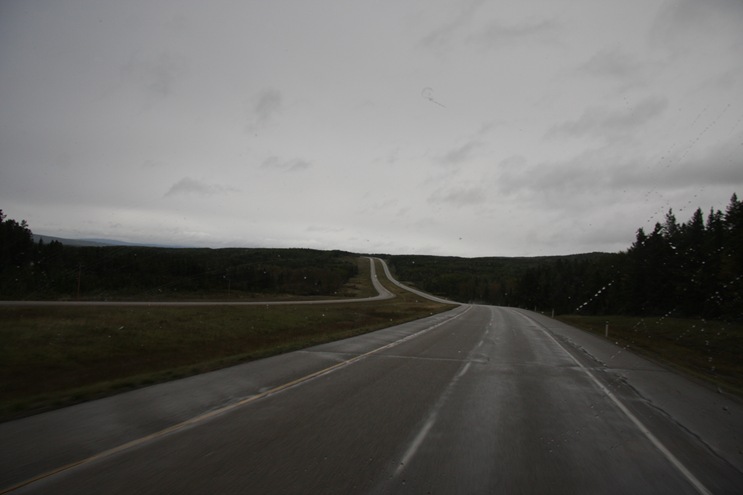 There were not a lot of RVs at the Edmonton Walmart. This one arrived sometime during the night. 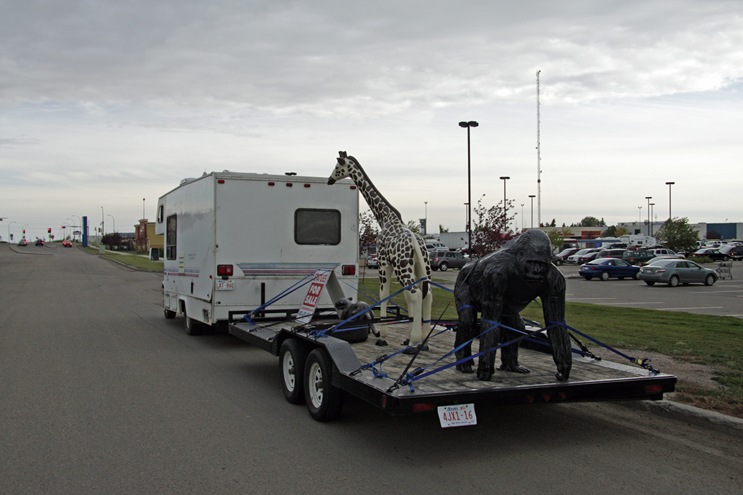 Today it was all about the wind. All I can say is I am glad we were heading east and it was a tailwind. When I stopped for gas the attendant said there is always wind but even he was impressed by the speed. He said there were supposed to be gusts to 80 kph. It was really hard to stand in it. When we stopped for lunch, even with the back end facing the wind, the RV shook so much Jennie started to feel nauseous.

Driving with the wind was great and did wonders for the gas mileage. Normally on a flat road with no wind I get about 30 litres per hundred kilometers. Today with that huge tailwind I would sometimes get in the 15 –18 ranges. Almost car like!

The highway is 99% east but once we had to cross a bridge over the Saskatchewan River valley at 90 degrees to the wind. I was worried the RV would tip because it leaned so far over. I was all over the road trying to control it and of course there were cars on one side and people walking across the bridge on the other.

It was just after this that I stopped for gas. The attendant said the rest of the highway went straight east otherwise I would have stopped there and waited it out. 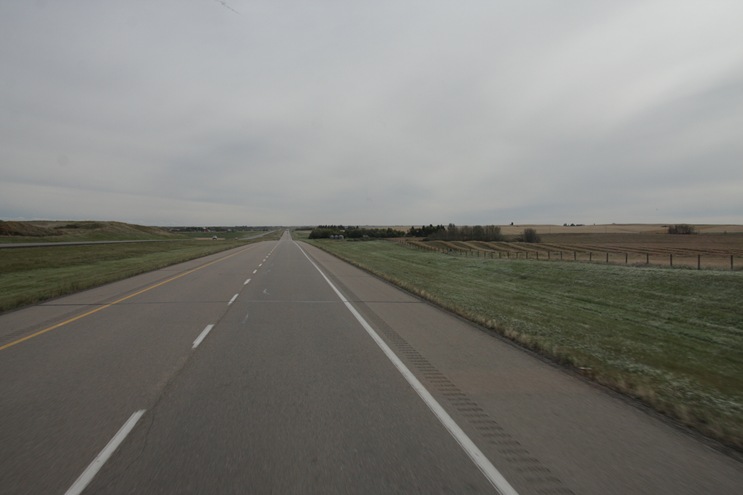 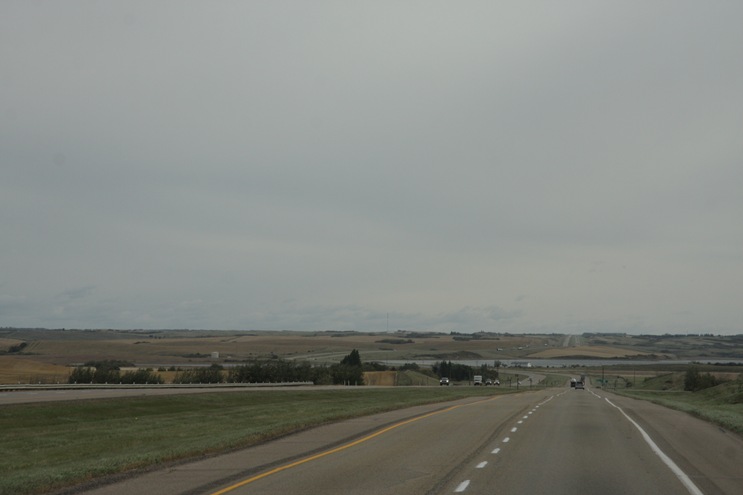 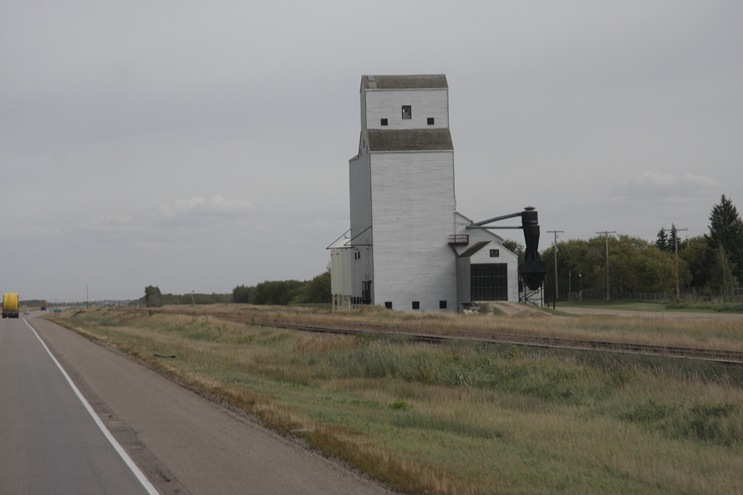 Tonight we are at the Saskatoon Walmart. It is in an area with a bunch of other big box stores. All the RVs are snuggled up on the lee (east) side of one of the stores to try and get out of some of the wind. 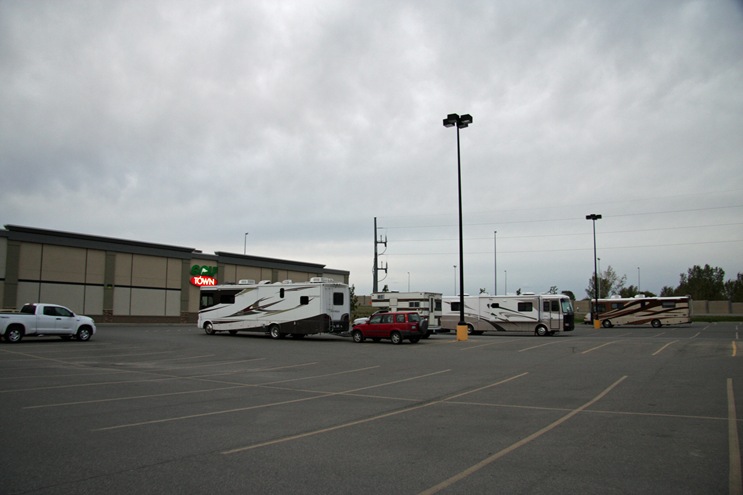 Even in this spot I don’t think we will put the dish up tonight for fear of it being blown off.

The forecast for the next week looks like mostly sun. Hopefully less wind.