We had to stop at Kakabeka Falls Provincial Park because I remember staying here as a kid with my family in our tent trailer. I am not sure why this place sticks out but I even have a somewhat fuzzy picture in my mind of what the falls looked like. I really did like those camping trips.

We awoke this morning to the farm sounds of a cattle truck parked beside us while the driver went and got his coffee. All in all, I would say having the Timmy’s near us was bad. Just about all night there was a truck idling somewhere within earshot. Earplugs did help though. 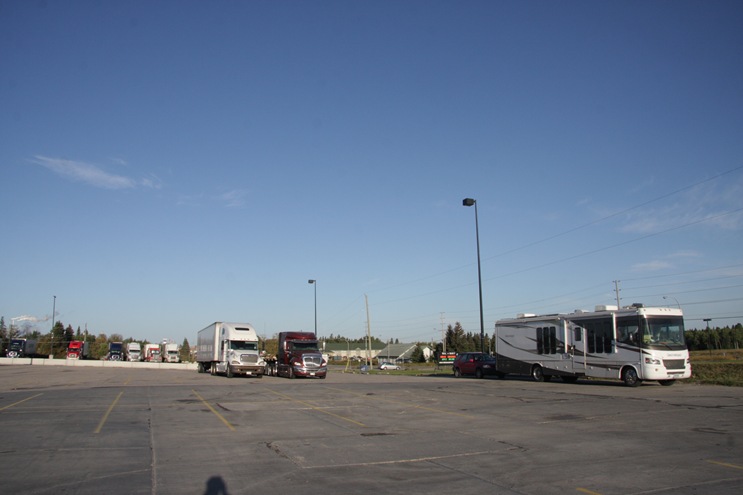 The drive today was very easy. Nice weather, smooth highway and very little traffic. It was just kind of monotonous and lots of bugs splattered on the windshield 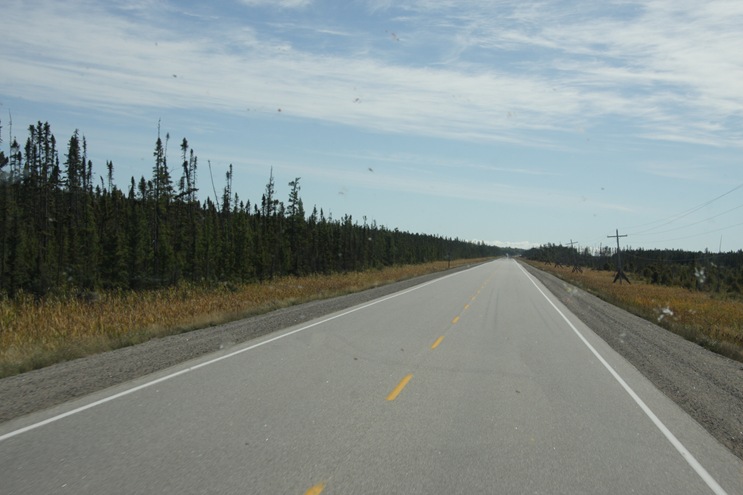 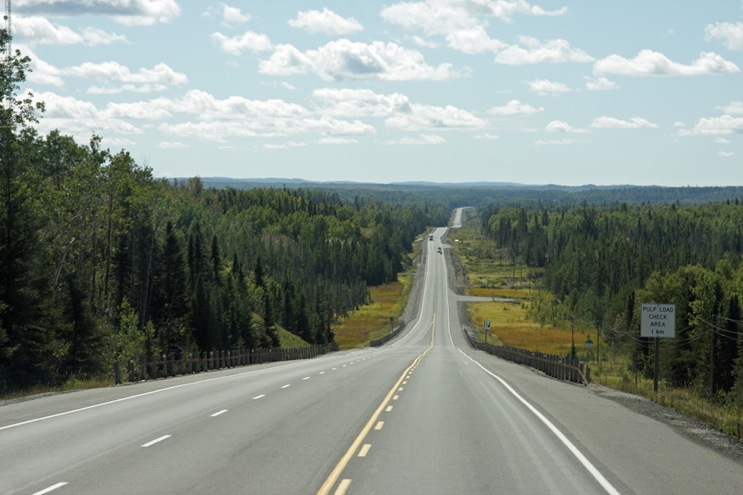 I was actually a bit worried about getting in the park as it is a Saturday, near a big city and a very nice day but it was maybe 1/8 full. The parks are winding down as it was even self check in, with no one in the booth. 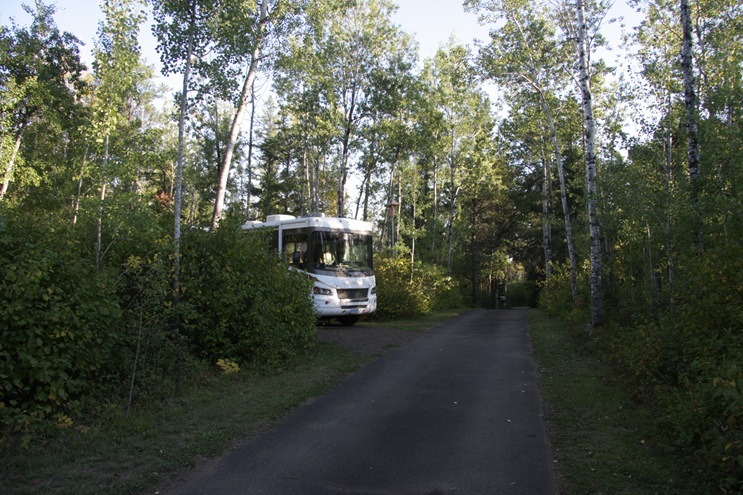 The falls are called the “Niagara of the North”. As usual the viewpoints could have used a bit of tree trimming. They had a nice boardwalk that went along one side, across the bridge and down the other side. 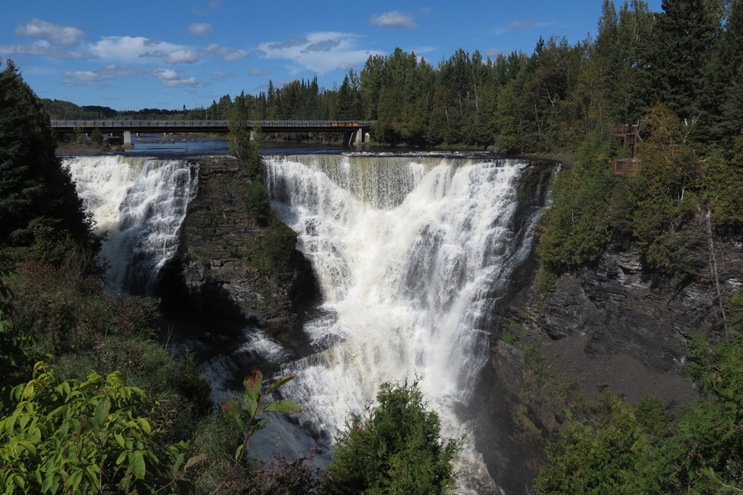 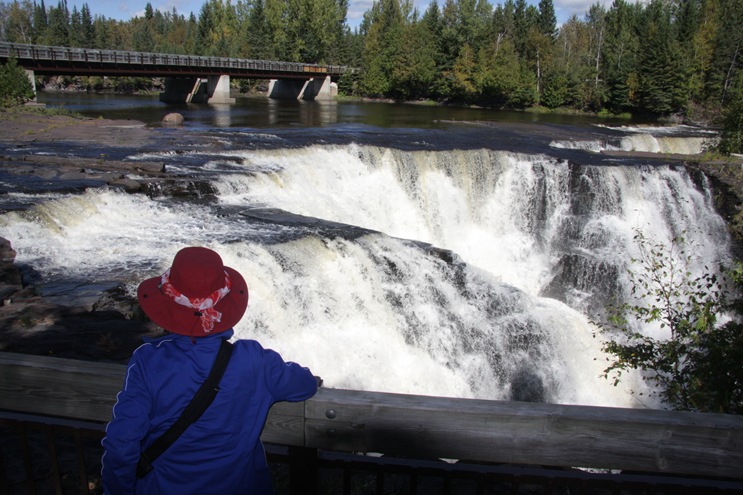 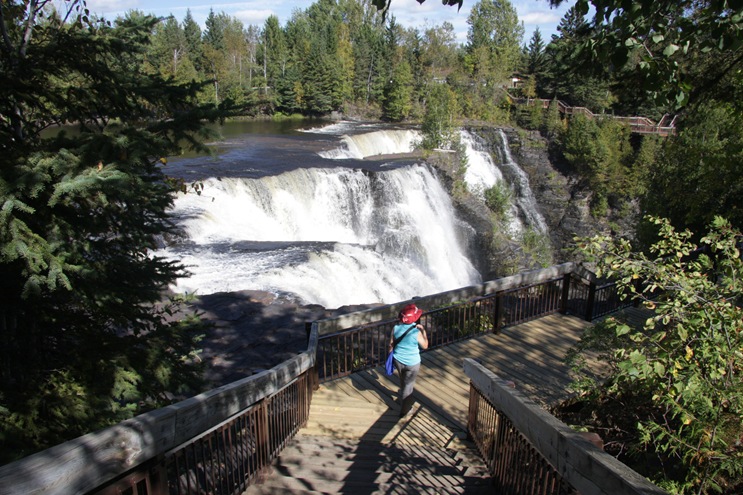 View down the gorge, 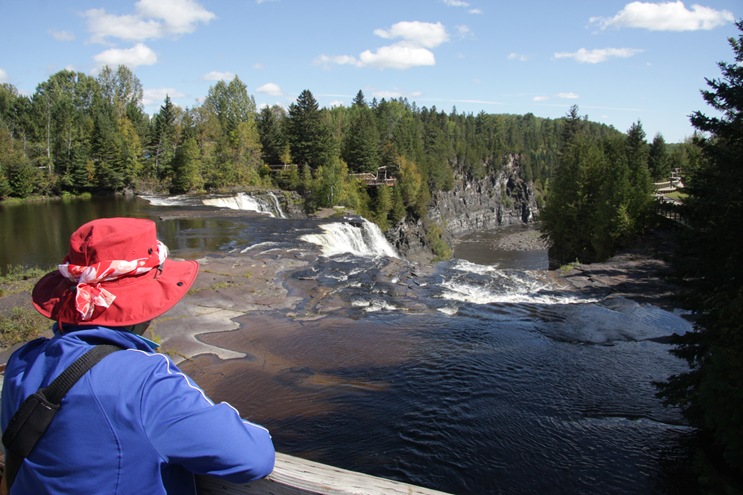 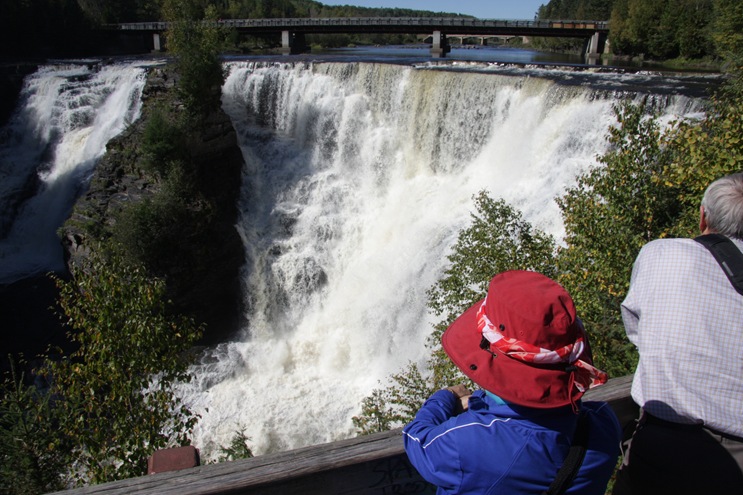 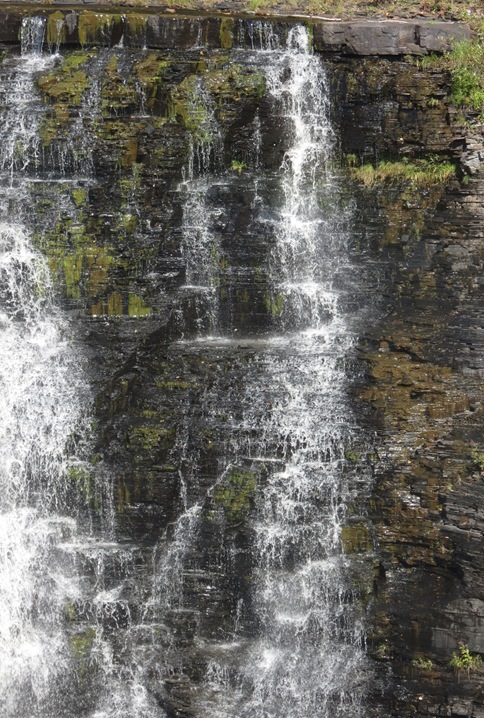 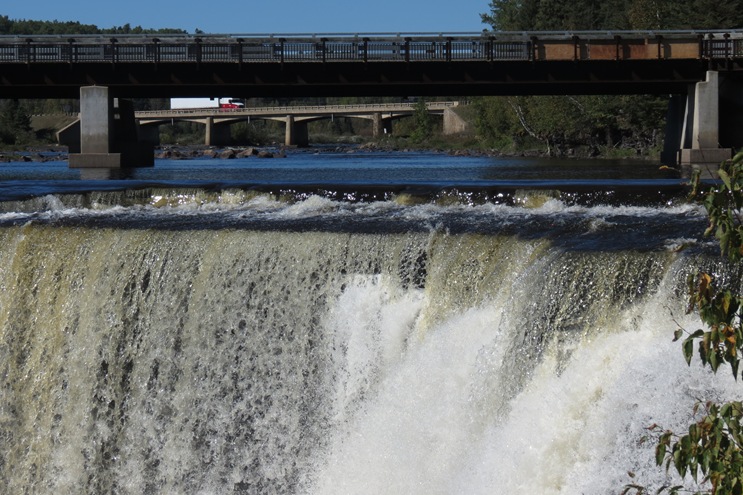 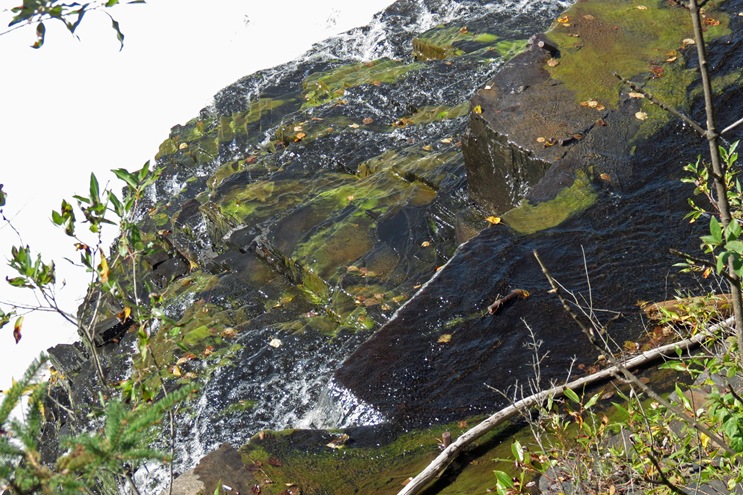 A hint of a rainbow. 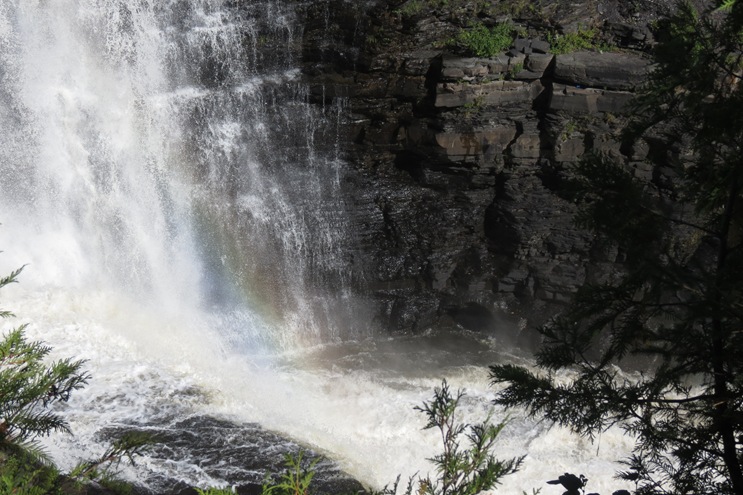 Then we did a very short hike down the rim of the gorge for a view back to the falls. 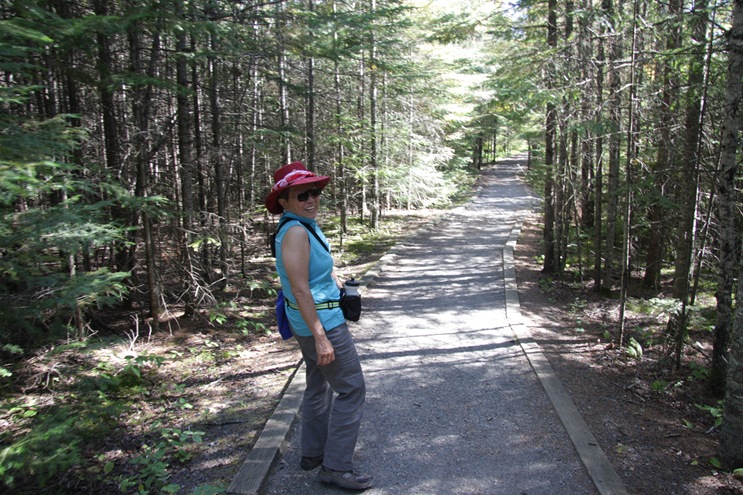 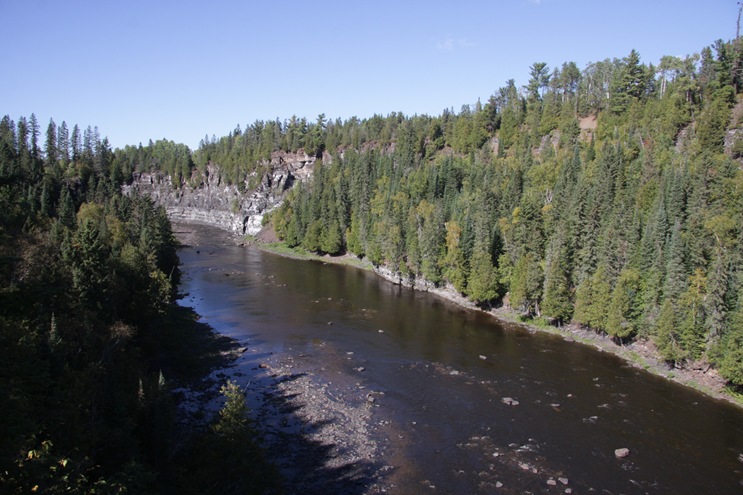 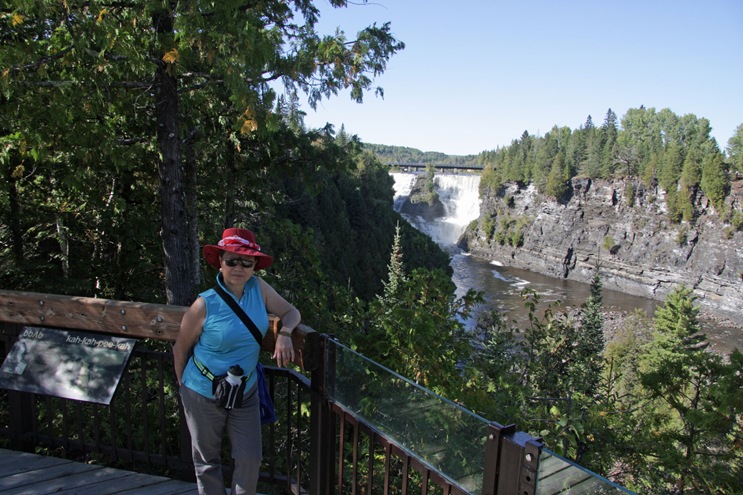 Keeping an eye in the proceedings. 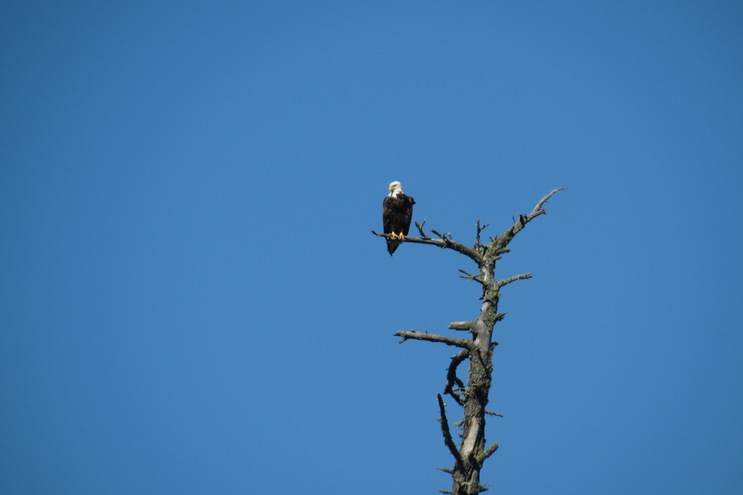 Again I had planned to take a day off here but the forecast has changed that. Tomorrow looks OK but things deteriorate after that. I would rather see the North of Superior scenery in nice weather than miss it in the rain so onwards.