We didn’t quite get the views of Lake Superior that I had hoped. The last time I was through was 33 years ago on a post graduation trip out west with a friend. We passed here in the middle of the night on a 24 hours straight run from the cottage to Winnipeg so we didn’t see much.

We also got a late start. The RV desperately needs an oil change. I looked in Dryden but no one could handle it. Today being Sunday the only place I could find that was open was a Mr. Lube. I had used one before so I hoped the RV would fit. They opened at 10 so we drove into Thunder Bay and parked by the bay. I climbed up onto the roof. Darn or words to that effect. The air conditioners were about 2 inches too high. I had to disconnect the car, back up, reconnect the car and move on.

The forecast had called for fog in the morning and I hoped by now that it had burned off. Nope. 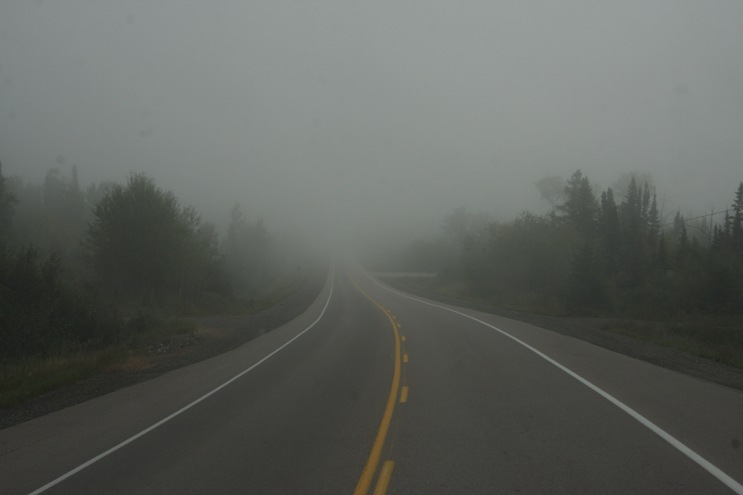 We only drove through a few patches but it was pretty thick over the water.

Around noon it did clear up and we got some views of the lake but there never seemed to be a pullout to stop and take good pictures. I must say I was a bit disappointed at what we did see. 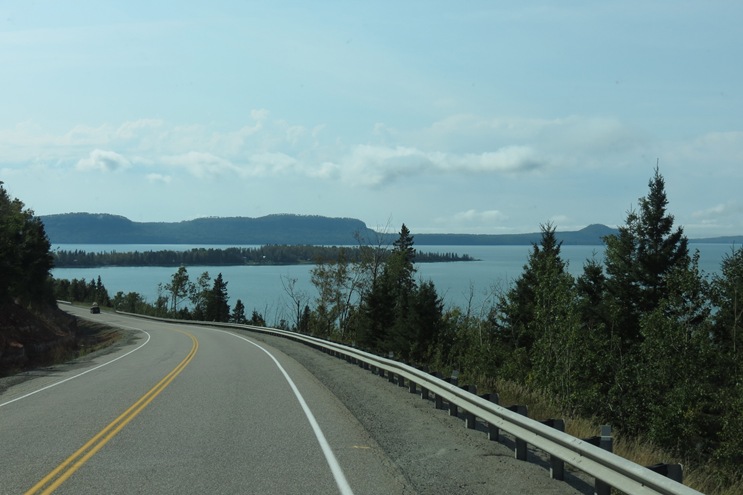 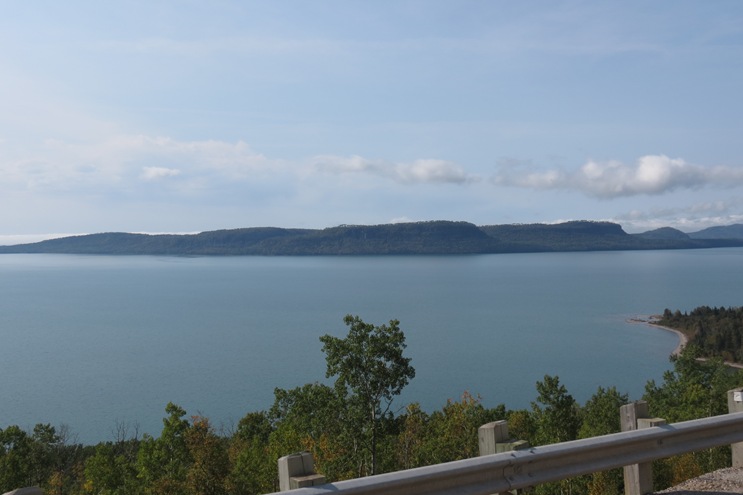 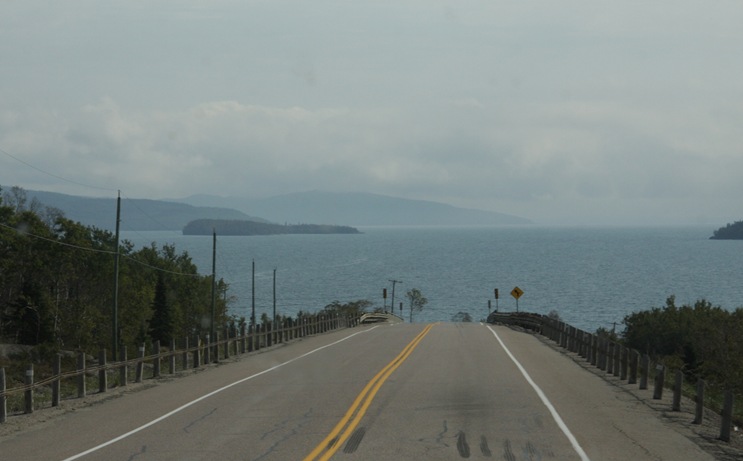 There is not a lot of colour in the trees yet either. 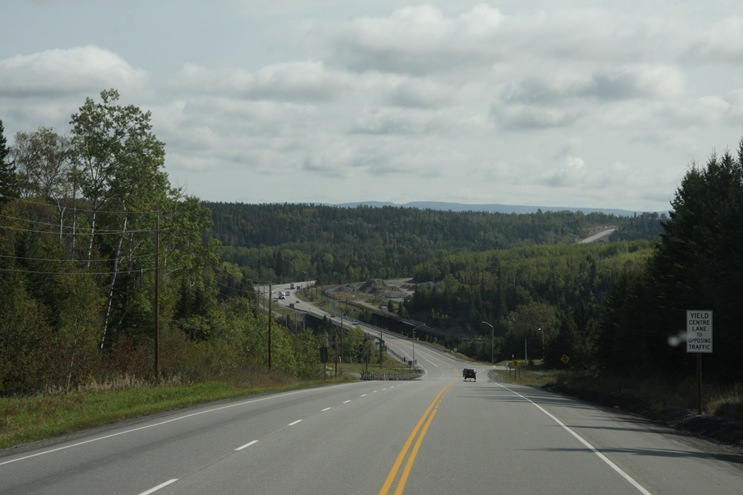 There were some rest stops but they were in strange places where you couldn’t see anything. There was one good one but it was too small for me to get the RV in and out. For lunch we finally got too hungry, gave up and just stopped at the side of the road.

Gas is pricey up here. We saw better prices in the wilds of the Yukon. 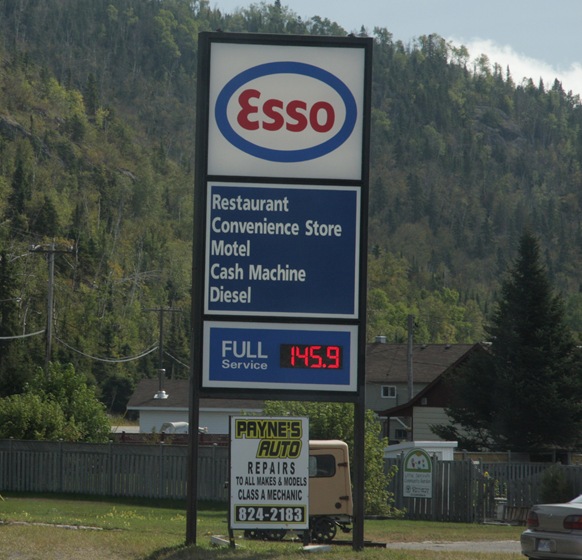 I picked White Lake Provincial Park because it was about halfway between Thunder Bay and the cottage. This is not a place for a big RV. The roads are very narrow with lots of overhanging branches. Some of the corners were just too sharp for me.

It is a good thing it wasn’t very busy. If I had ever met someone there would be no room to get by, even on the access road in from the highway. There are three section. One is for tents only. I went into one of the others nearer the water and I am not sure how we got out. Lots of trees scraping on the roof and sides. The last one was better but still tight. 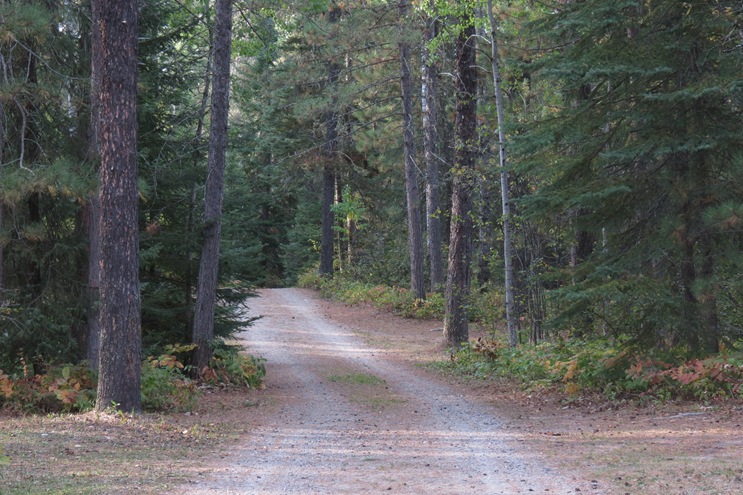 Walking around I think I got one of the only reasonably level pull thru sites. 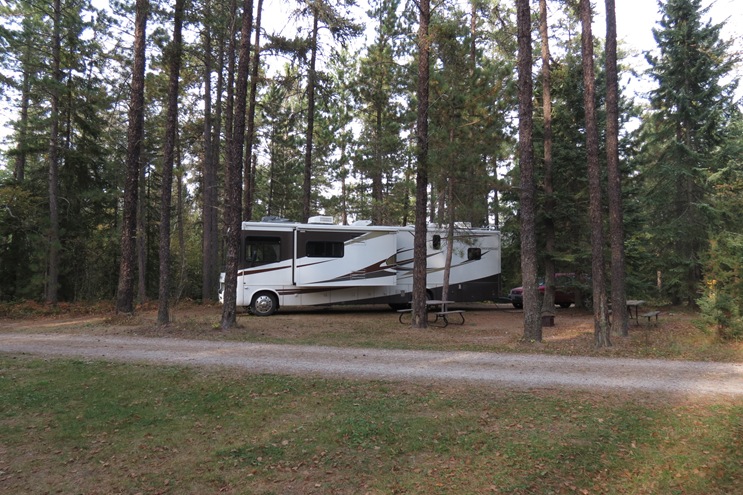 There are over 100 RV/trailer sites here and I think about 10 are occupied so it should be a quiet night.

We took a walk down to the very nice beach. 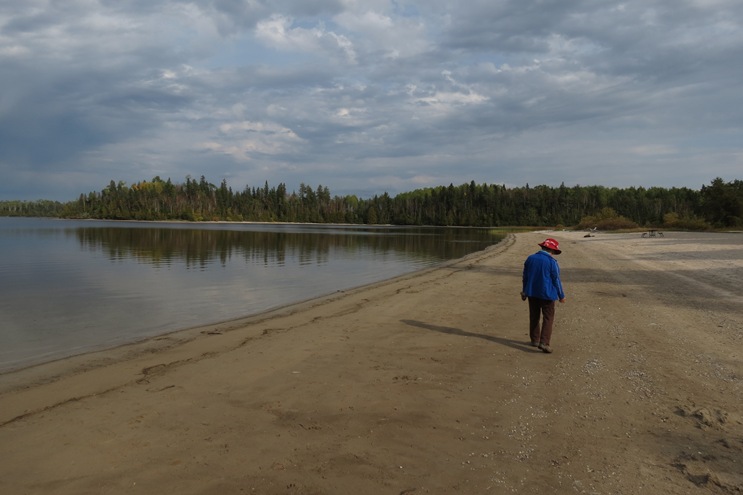 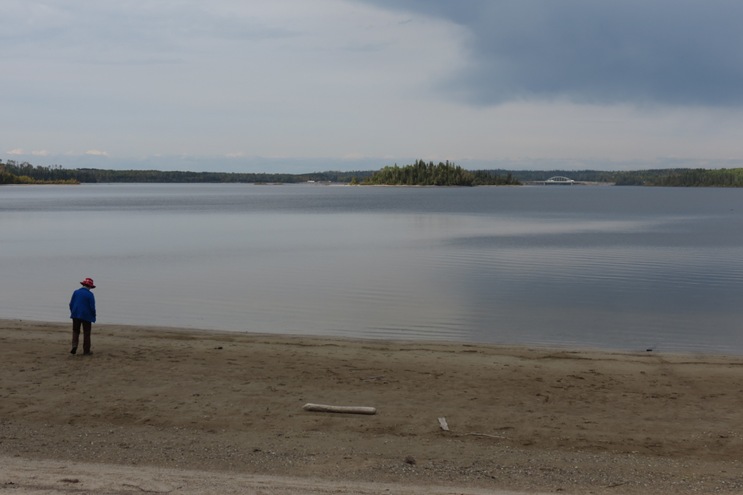 It was almost like the lake had tides. It looked like there was a high water mark. The dark sand was very wet and the lighter sand was dry. I think the reason was that the beach was so flat that the water could go a long way up with even small waves. 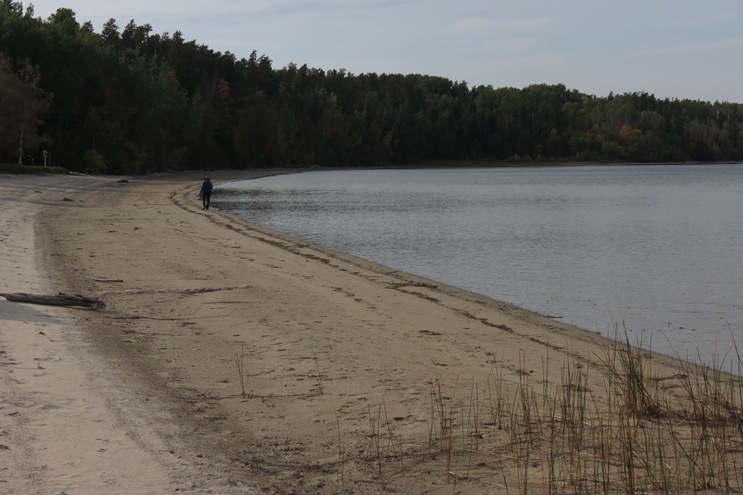 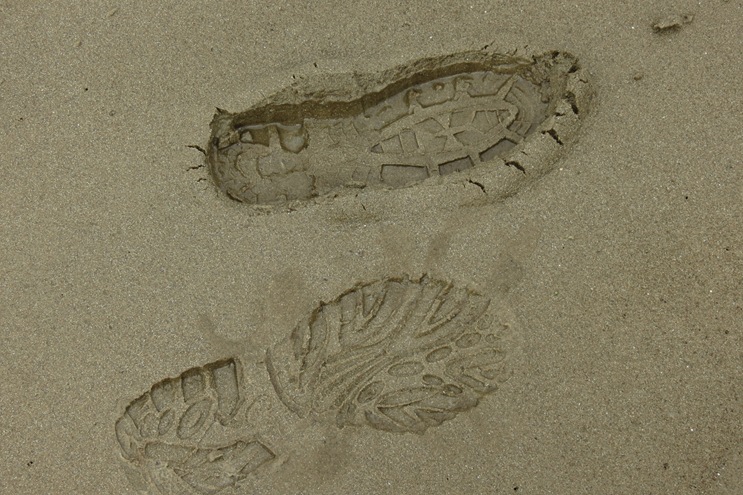 Jennie is always checking out the interesting coloured rocks. 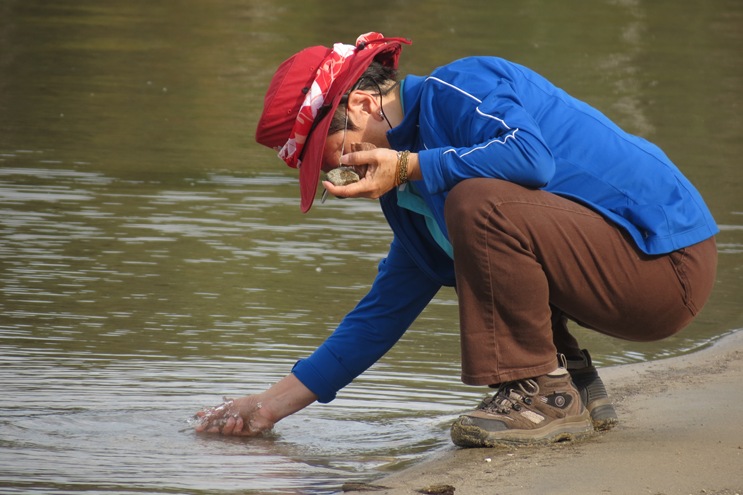 We did get a bit of rain during the drive and I think this was the storm moving off to the east. 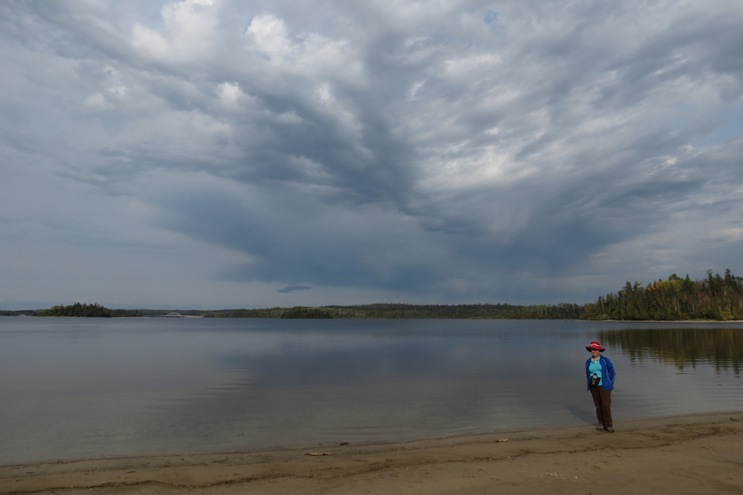 It was just another driving day with some nice scenery but I had hoped for more. The peaceful beach at the end made for a good ending though.

A long drive to the family cottage tomorrow.