We slept in a bit today and when we got up discovered that the forecast had changed to possible rain and thunderstorm this afternoon. We decided to do a hike even though it looked a bit threatening but not if a thunderstorm started. We don’t mind getting wet but lightning is another matter.

The trailhead for the Valley of Five Lakes Trail was just down the highway a bit. You hike in about 1 km and then do a 7 km loop around the lakes whose names are First Lake thru Fifth Lake. 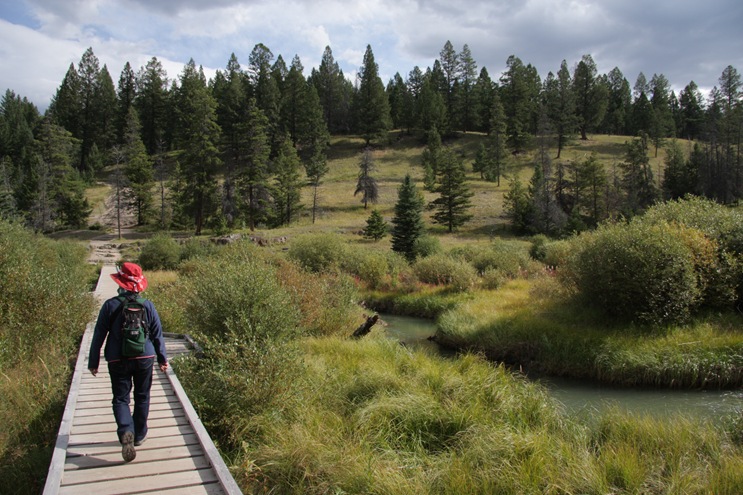 You don’t actually see the lakes until you reach the end of the loop and turn back but the scenery was still nice. 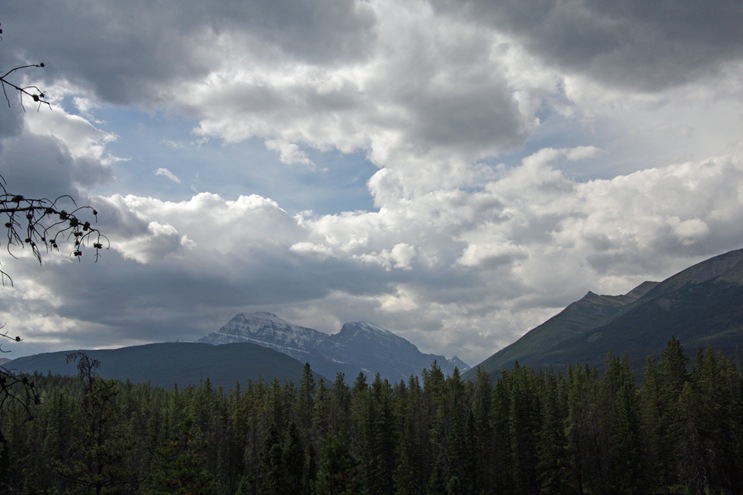 Once in the forest with no long views, we always watch for interesting mushrooms 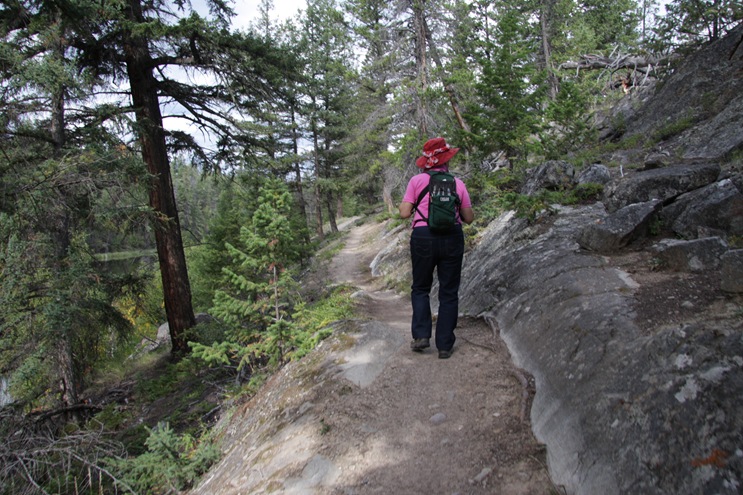 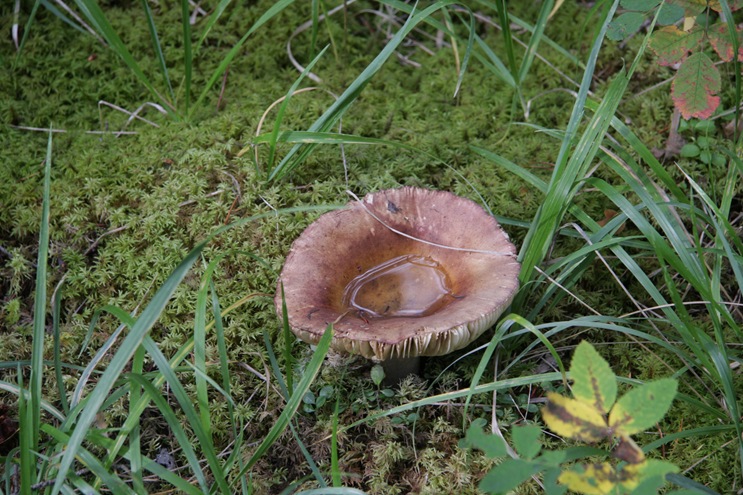 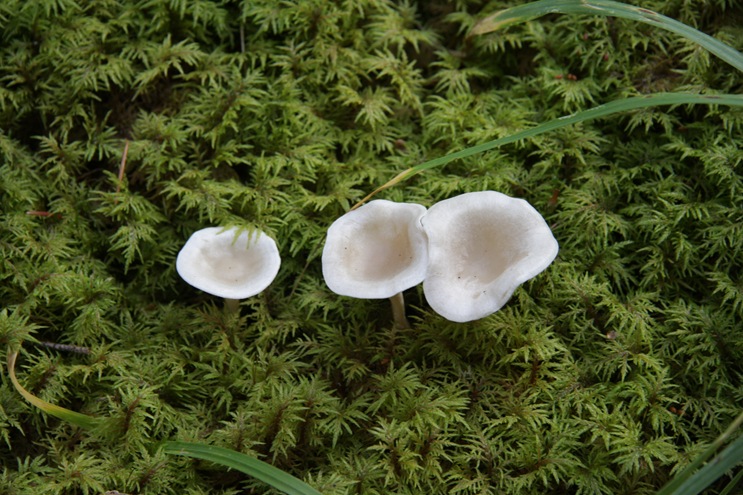 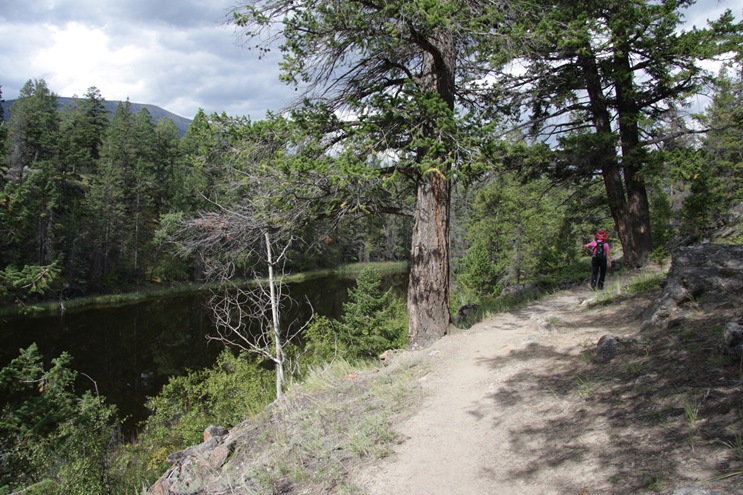 At a stream crossing someone had made this little water wheel. From the wear on the stick it had been there a while. 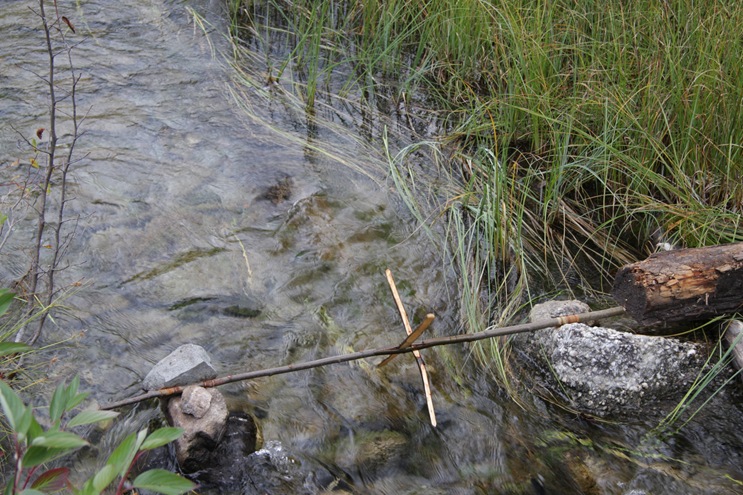 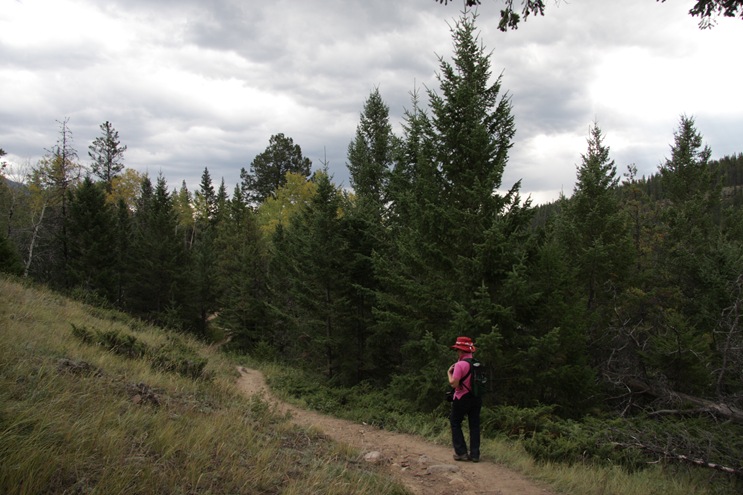 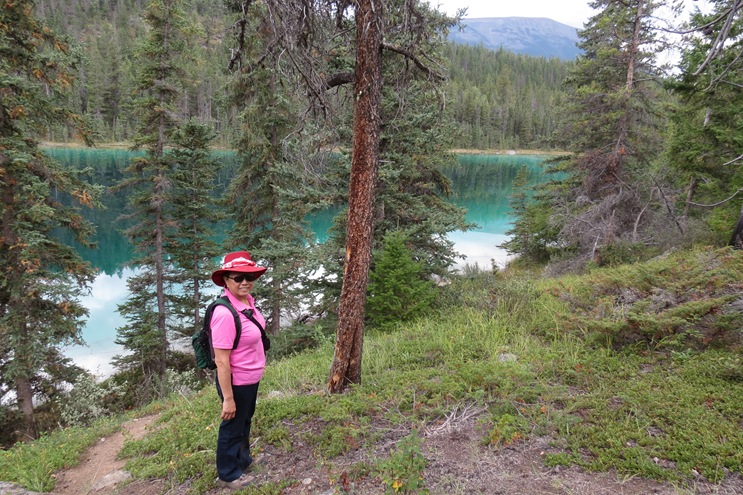 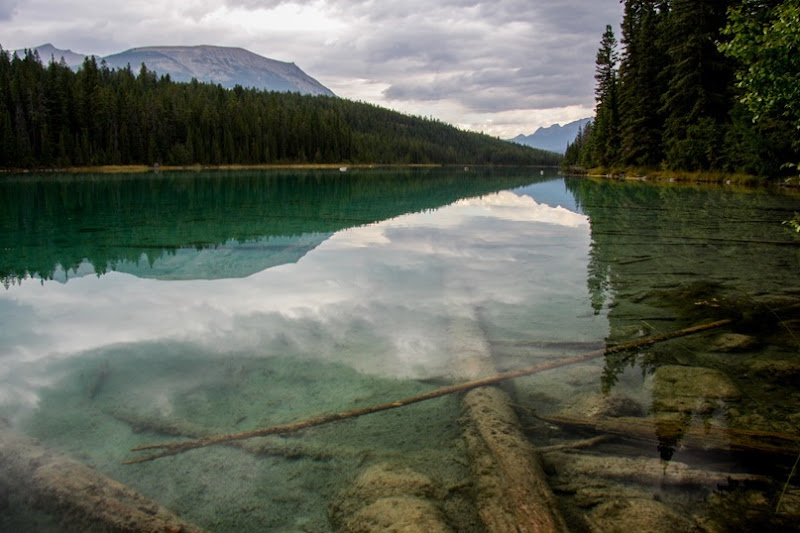 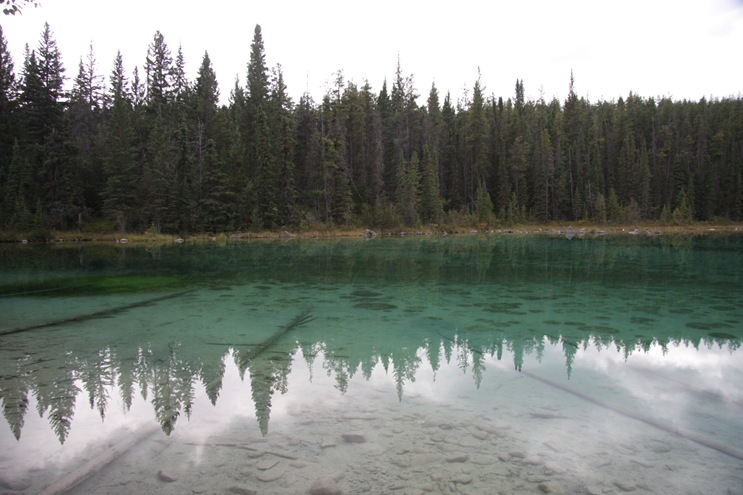 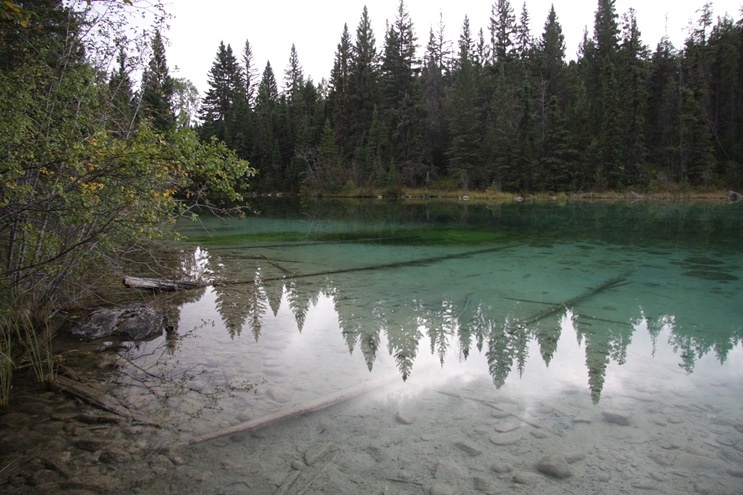 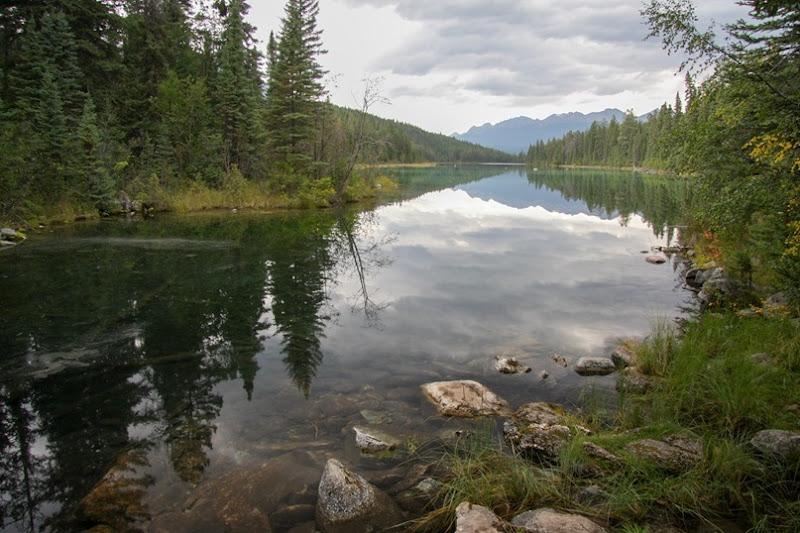 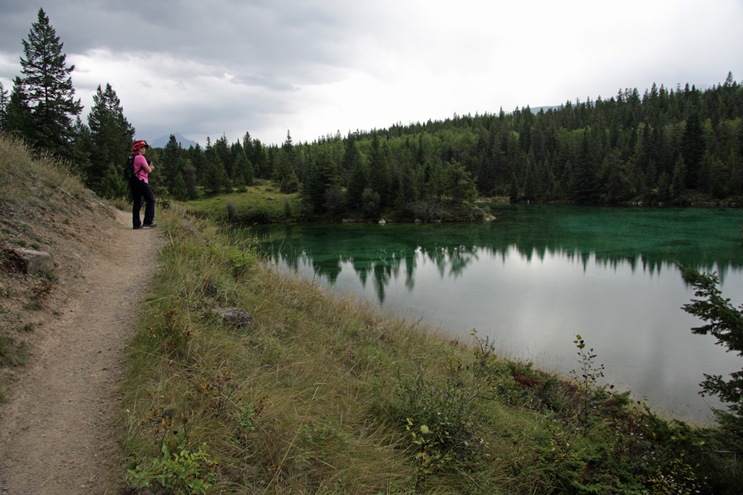 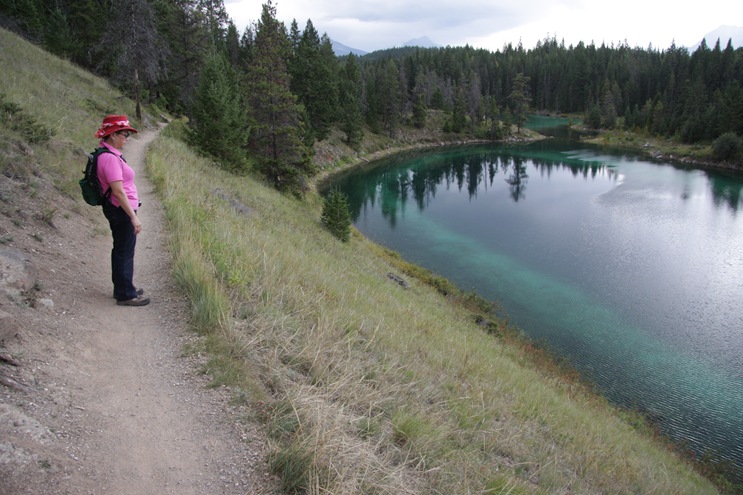 Snack and rest time. I would have loved to see the lakes in full sun but we certainly can’t complain about the weather. 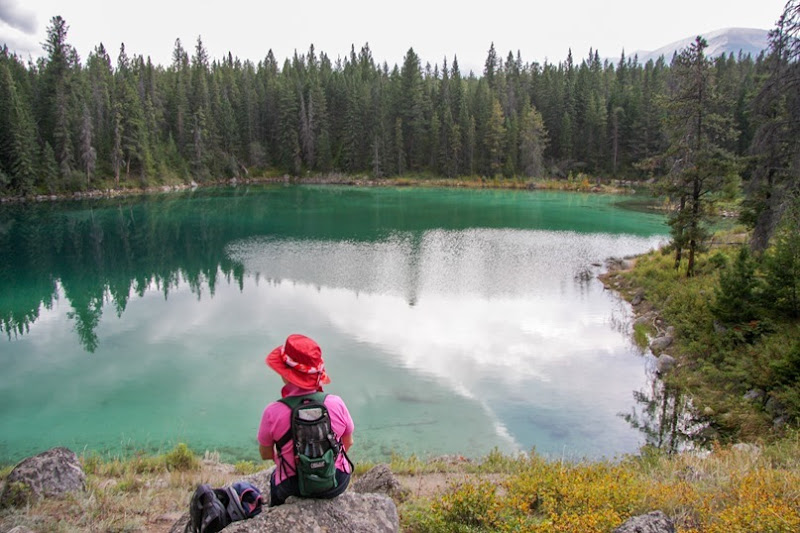 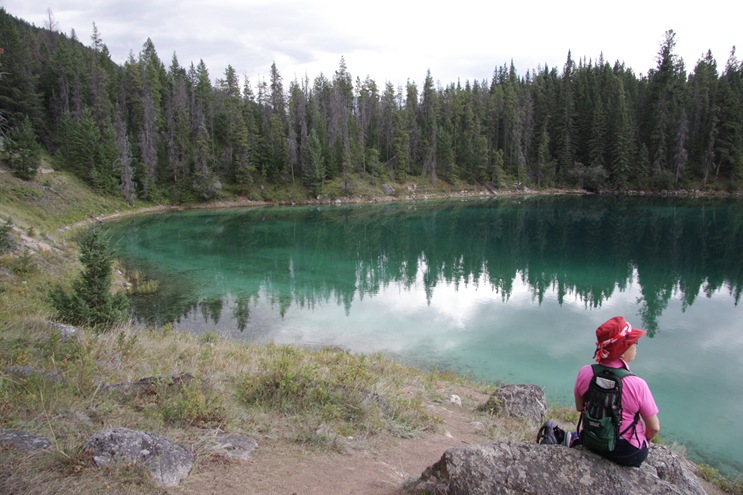 And just a peek at Fifth Lake with some locked up rental row boats. I am not sure how you were supposed to get them because there was no one around. 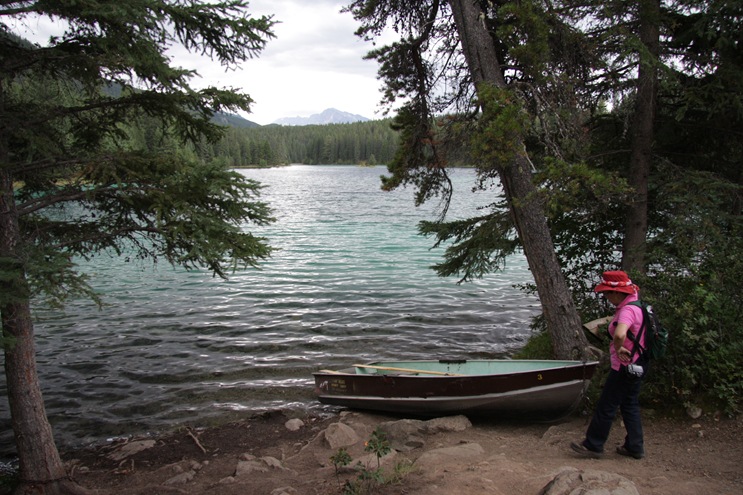 On the way back we got a look at the Marmot Basin ski area. 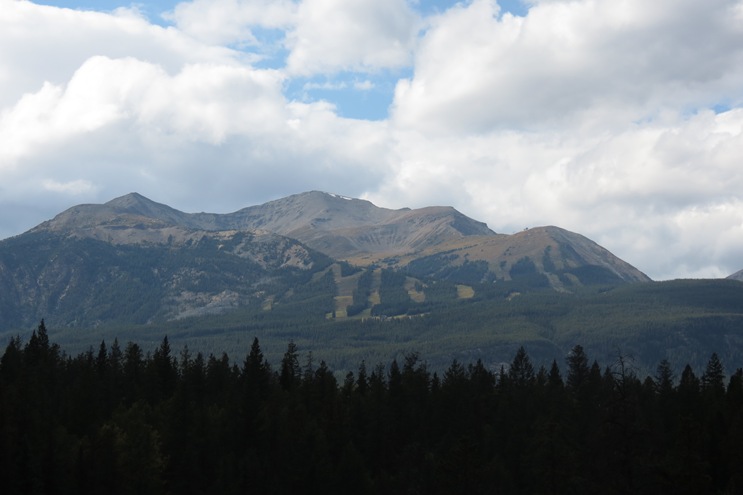 We went back to the RV for lunch and a nap. Later we went to the last place on all the tourist maps that we had not seen. Pyramid Island on Pyramid Lake to view Pyramid Mountain. 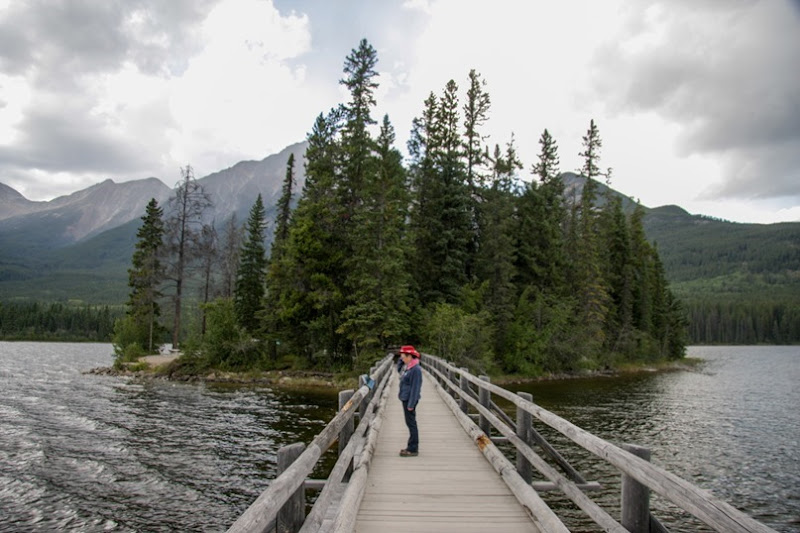 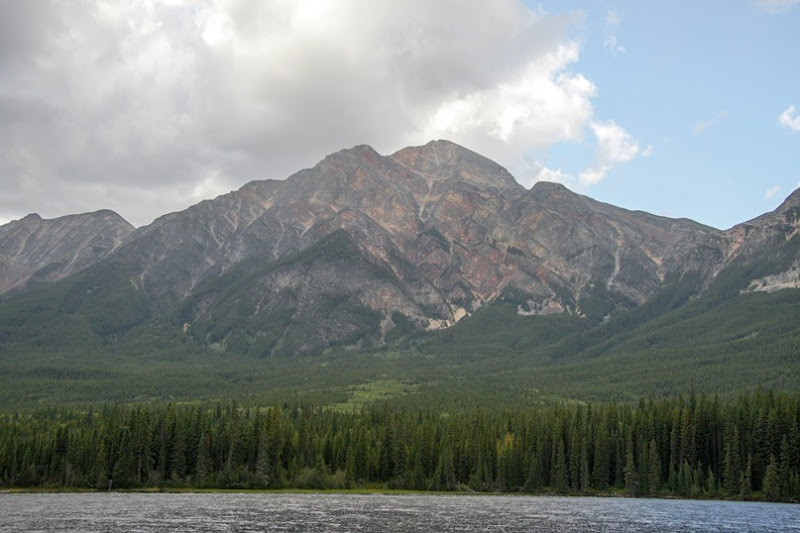 The one other destination on the maps was the Mount Edith Cavell Area. Here is the mountain in the distance as seen from the island. 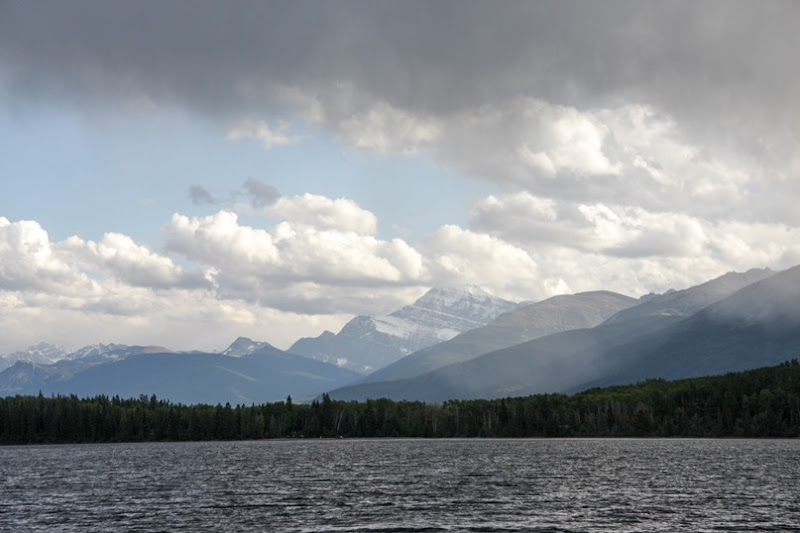 Unfortunately that area was closed. The explanation I heard at the visitor’s center was that a large chunk had fallen off a glacier and into a lake. The resulting wave had washed out the road and parking area. Seems kind of dramatic but who knows.

We had avoided the rain all day but it was coming across the lake. 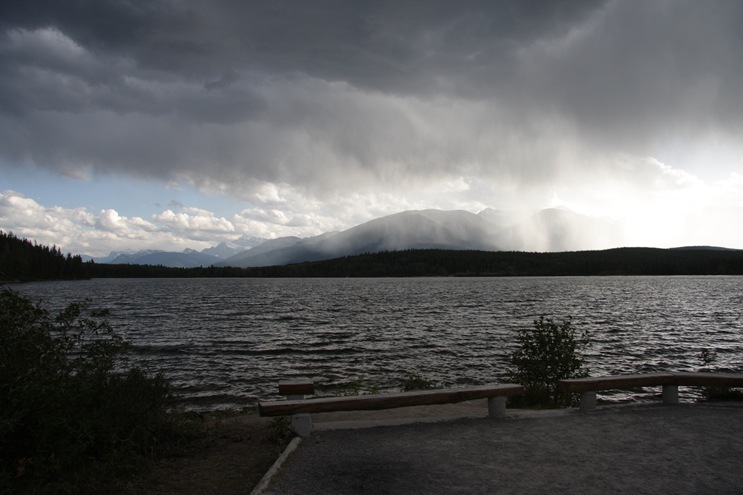 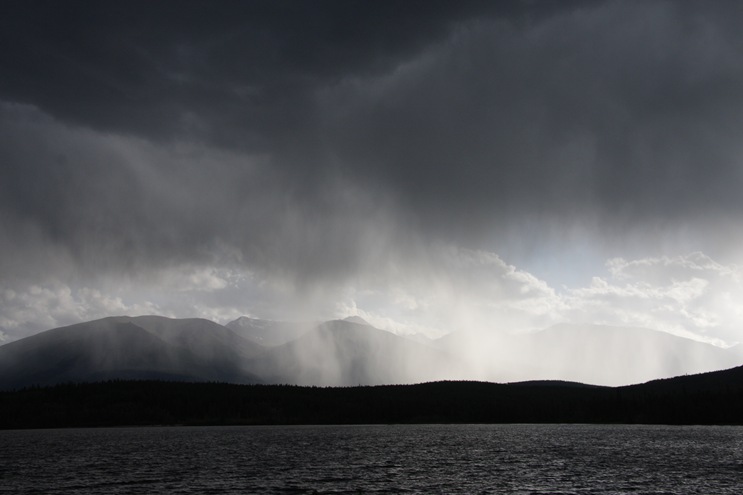 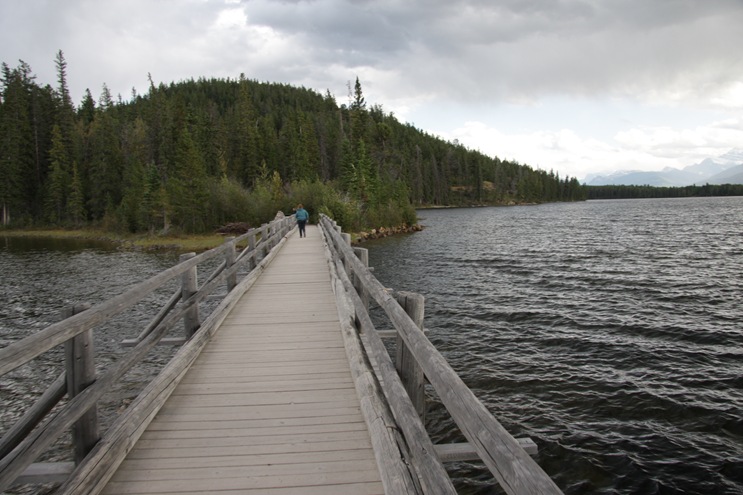 While driving back the downpour only lasted about a minute and then we were back in the sun. This of course resulted in a full double rainbow. We were driving in the trees and by the time I could get to a place for a better view the upper, fainter rainbow was gone. Pictures don’t do it justice. The colours were very intense. 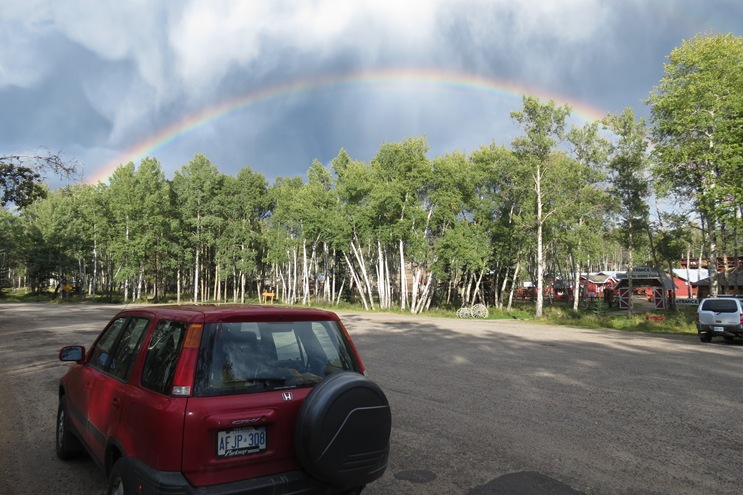 And we are done.

We leave tomorrow and it will probably take us about 7 days to get to the cottage where we will spend a few day before heading home. I haven’t planned on any long stops but if we see anything interesting I am sure I will take a “rest” day.