Back out in nature for our last day in the Vancouver area. And we really did get nature as we had our first ever bear encounter on a trail.

I wanted to go to another waterfall and most of the ones that I could find were too far way, too long a trail or you never got a good view of the falls after your hike. Crystal Falls in Coquitlam was good on all three counts.

You park on a suburban street. The trailhead has no markings at all. It is about a 5.6 km return, mostly flat trip to the falls. 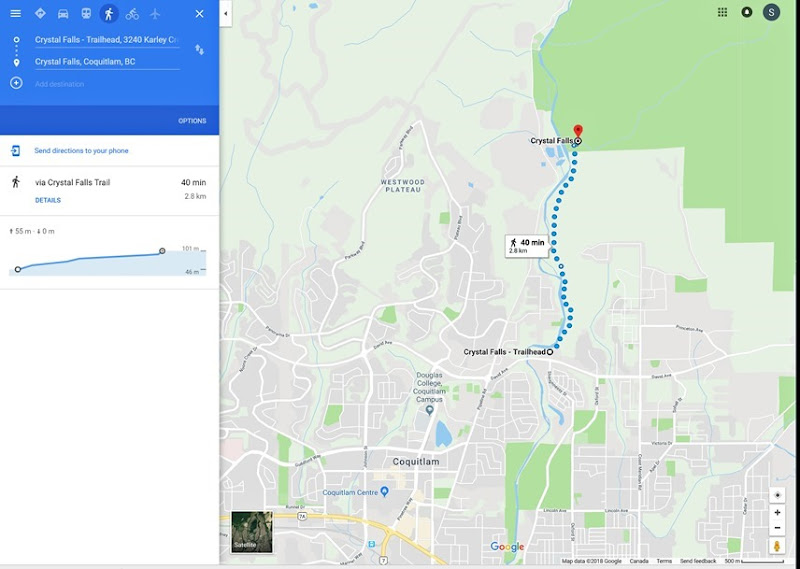 The first part of the trail was right beside the Coquitlam River. I think this shot only showed half the river as it went around an island. 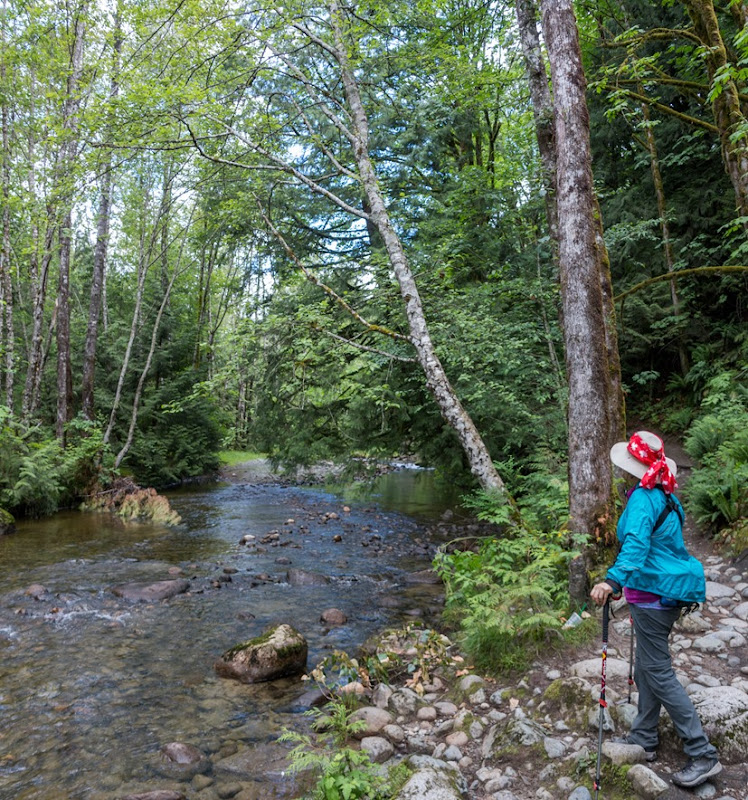 They were counting the salmon smolts returning to the ocean, with this rotating drum sieve that scooped them into a tank. 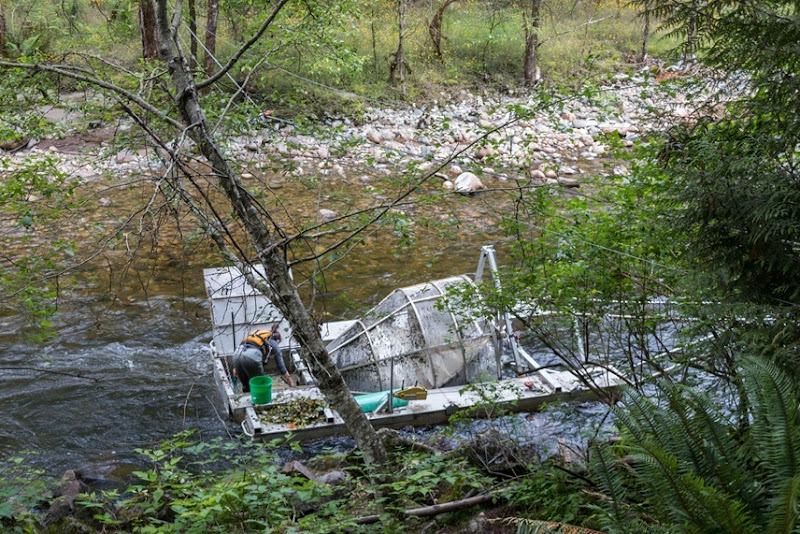 After a short while we were in the forest and didn’t see much of the river again. Lots of huge mossy trees. 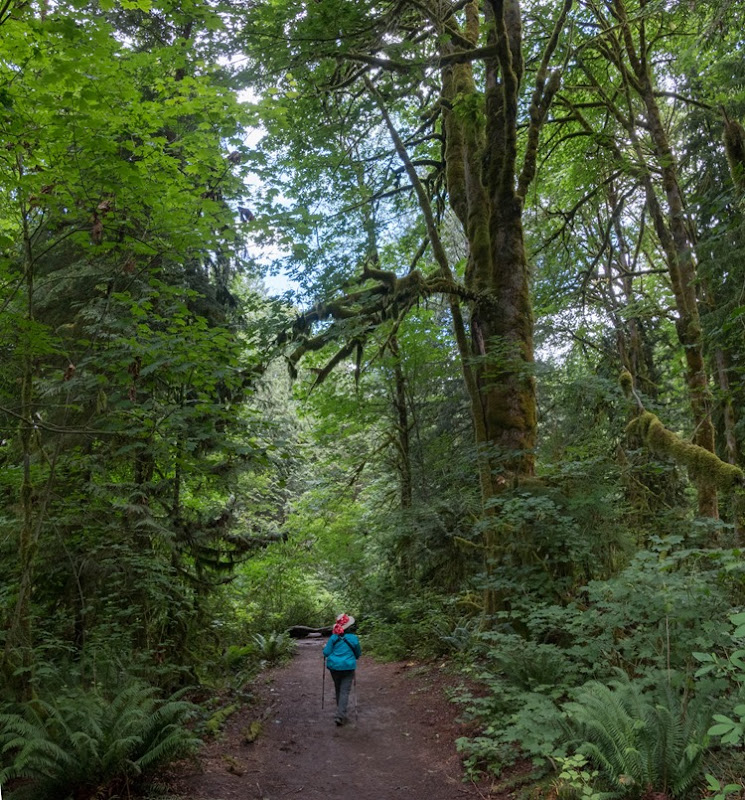 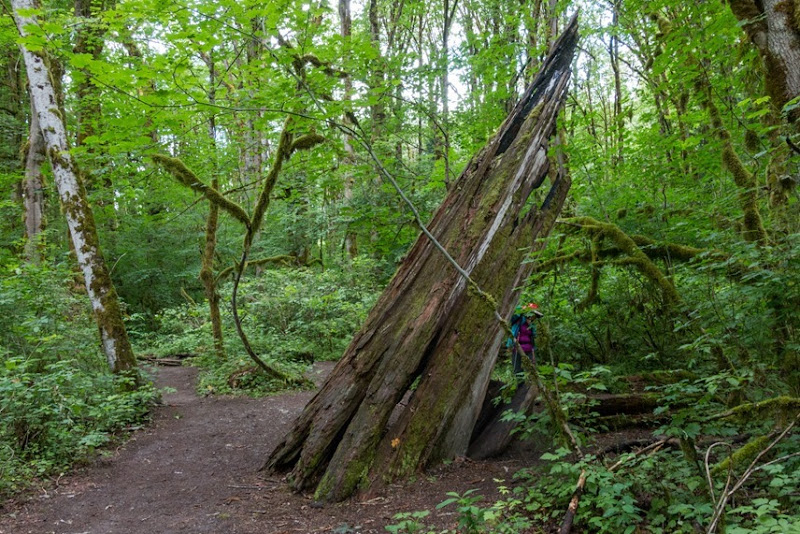 I think the locals use the trail quite a bit to walk their dogs. We met about 25 people on the hike. Every group of people heading back as we were going in told us that there was a black bear active in the area. Two groups had actually seen it. There were a lot of ripe berries beside the trail so it was not a huge surprise. Even the websites I had used mentions bears.

So out came the bear spray to the front pocket. We had forgotten our bear bells so I just put on some music using my phone.

Then sure enough. What is that black spot up ahead just hidden by the bushes around the next corner? 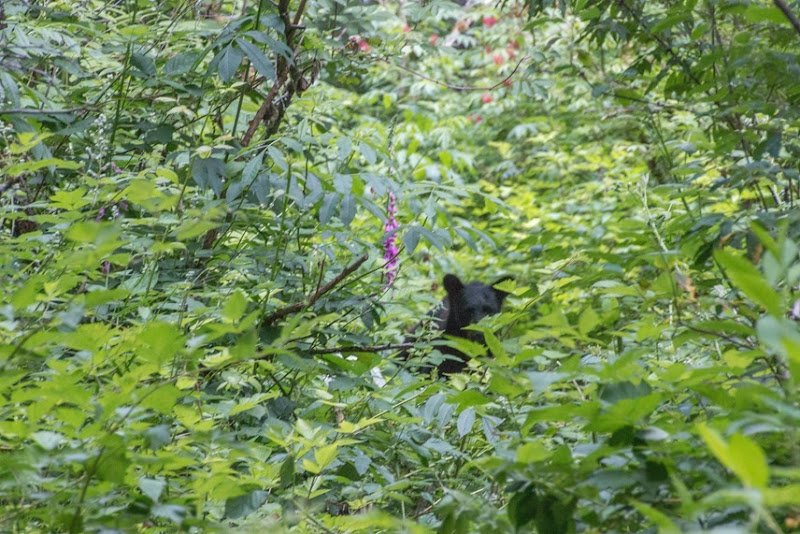 I never got a good picture of it because I was a bit more concerned about other things. We made a lot of noise yelling and banging the hiking sticks together. It reared up on its hind legs to get a look at us. (That would have been a great photo.) I put my hands up to look bigger and yelled some more. It quickly plopped back down and wandered into the bush.

We waited a few minutes. Then once again making a lot of noise and carefully watching the bushes, we quickly walked passed the spot.

We had earlier also seen a deer on the trail but all I got was a not flattering or interesting shot from behind.

Right where the bear had been there was a berry bush that I wanted a picture of, but decided that I had better wait until the way back to stop. 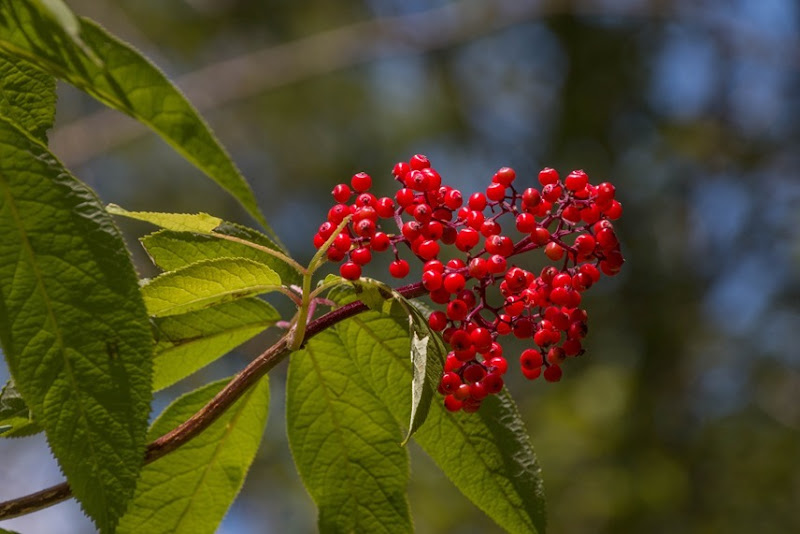 The trail was a bit muddy with quite a few puddles to navigate around. 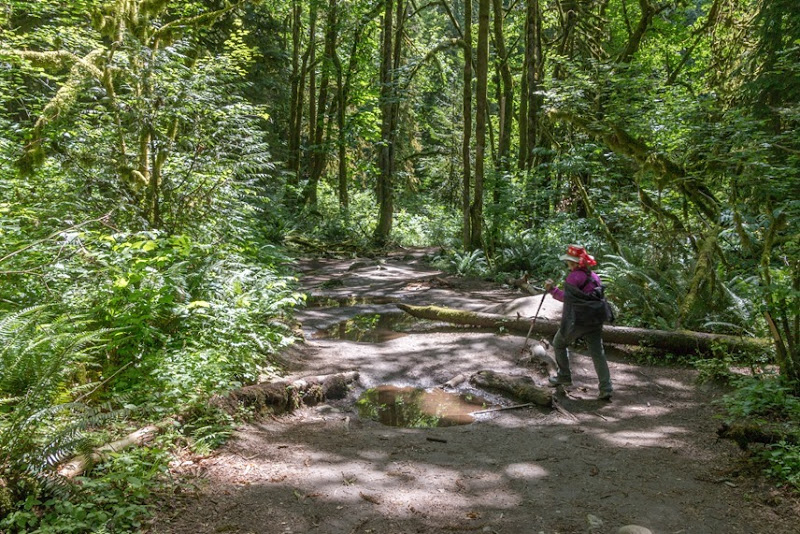 And a few easy stream crossings. 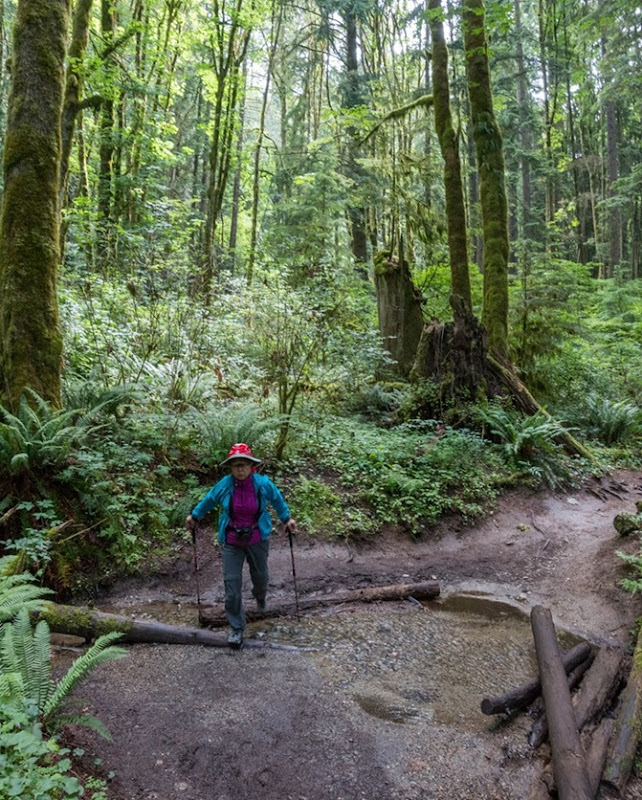 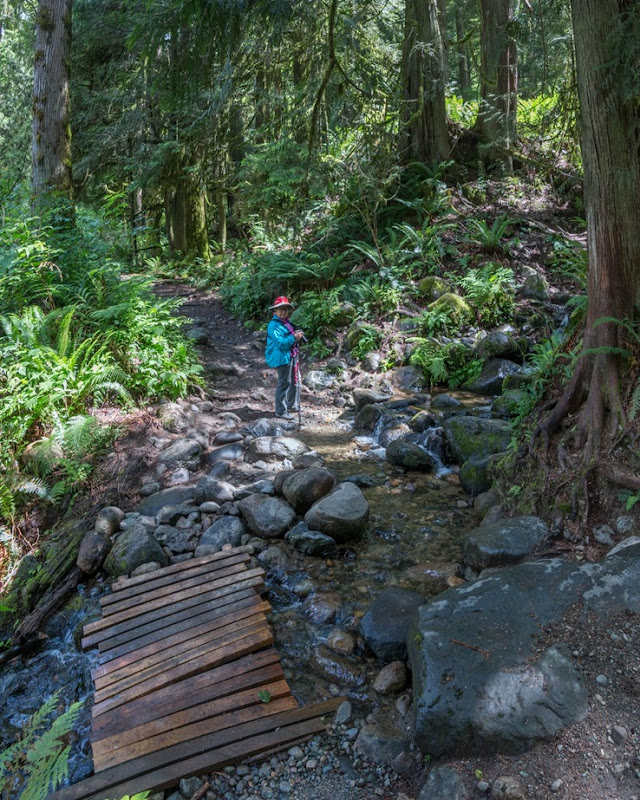 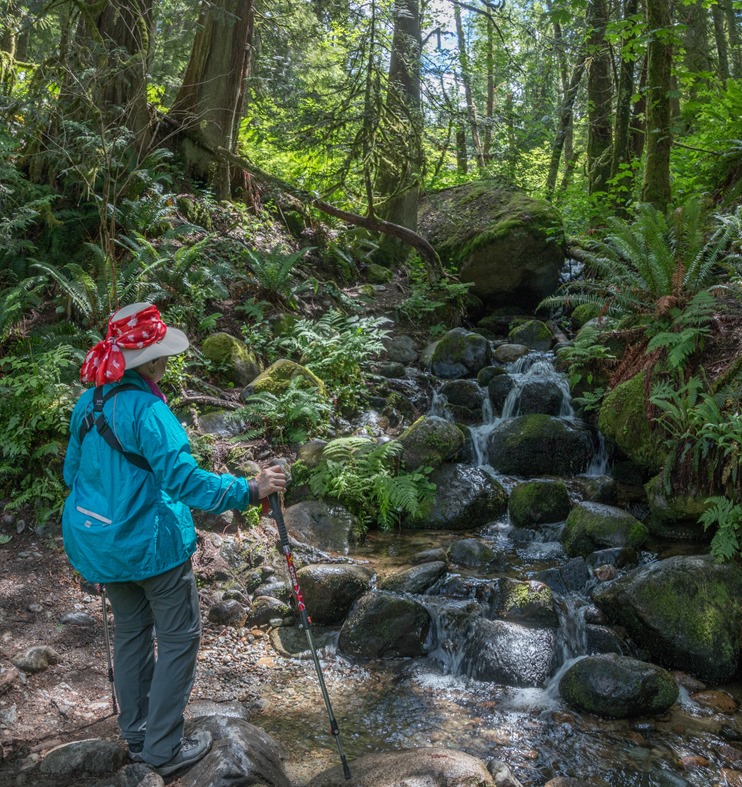 And then we arrived. We only saw 4 people while we were at the falls. Two only stayed a few minutes and the two in the picture below came just as we were leaving. So for about 45 minutes we had the place to ourselves. 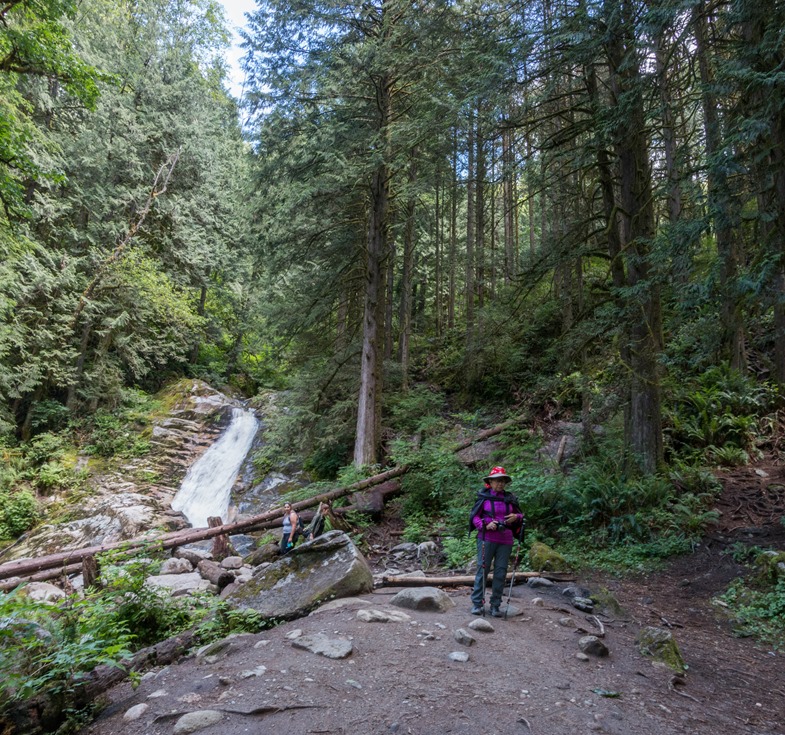 The two fallen trees get in the way but what can you do. 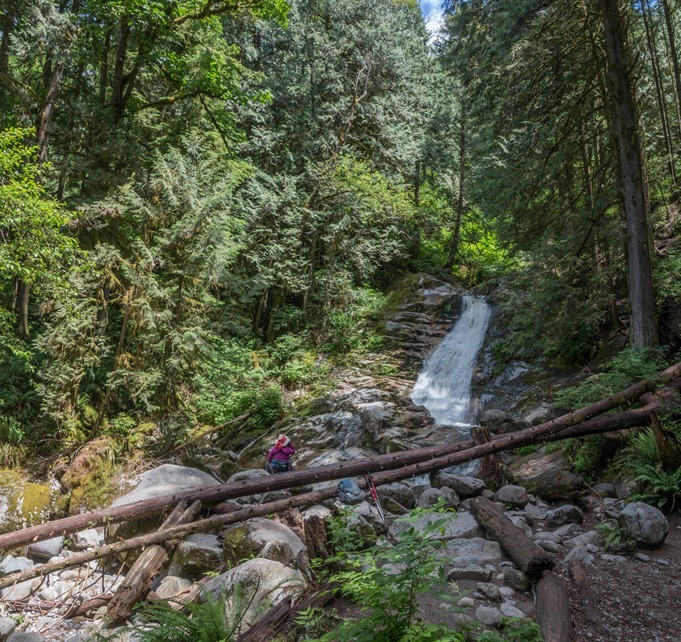 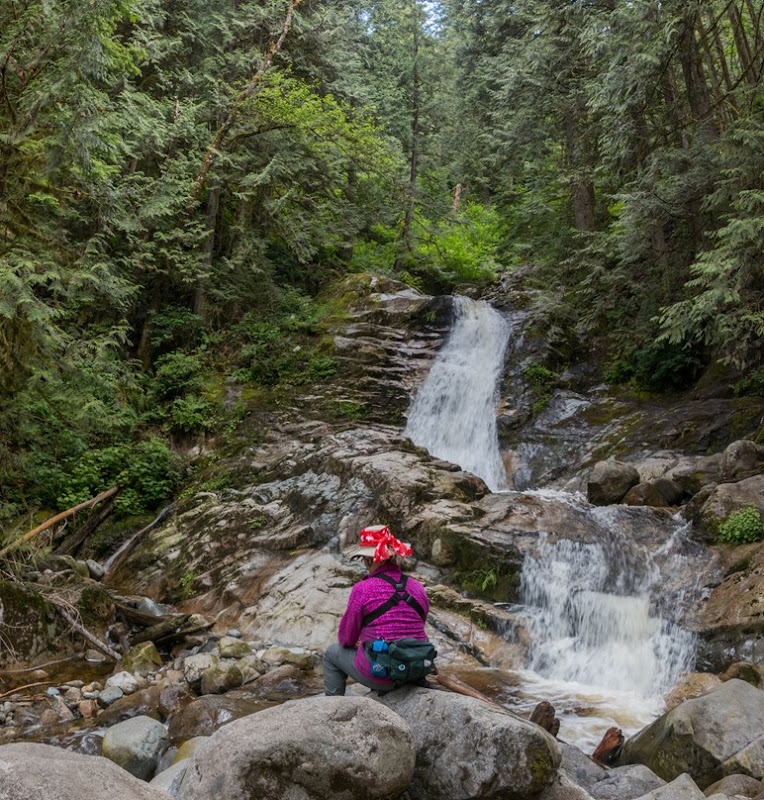 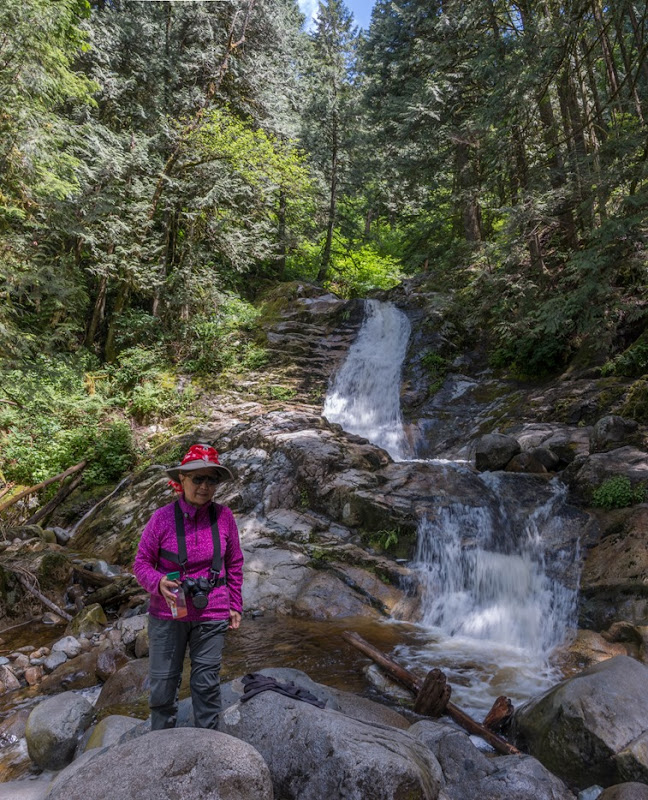 The website said that if you climbed up to the top of the falls there was a scenic little gorge that fed it.

The path up was very rooted and slippery but I made it to the crest. 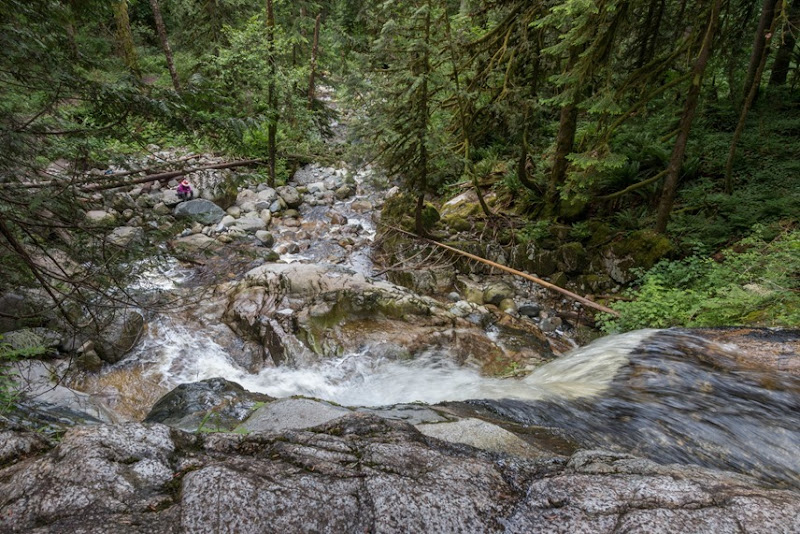 From here, this is all I could see of upstream. 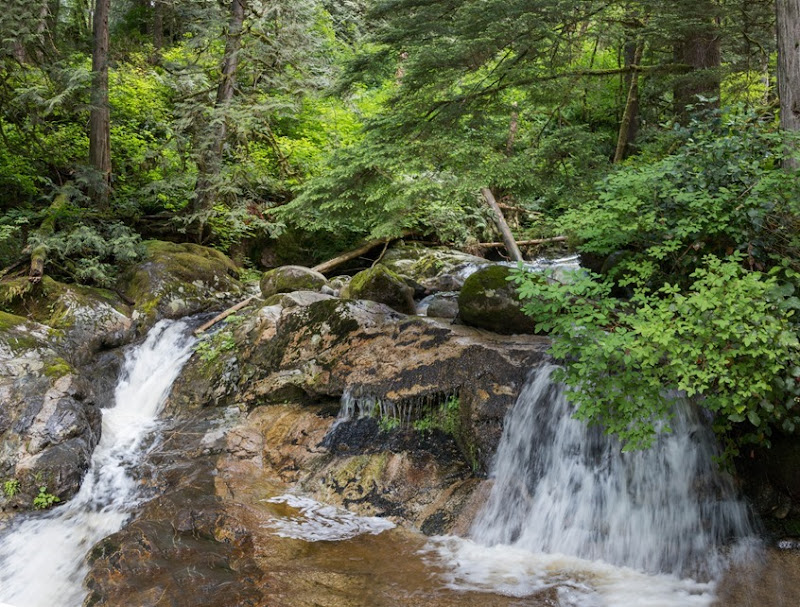 To see the gorge it looked like I would have to climb this. 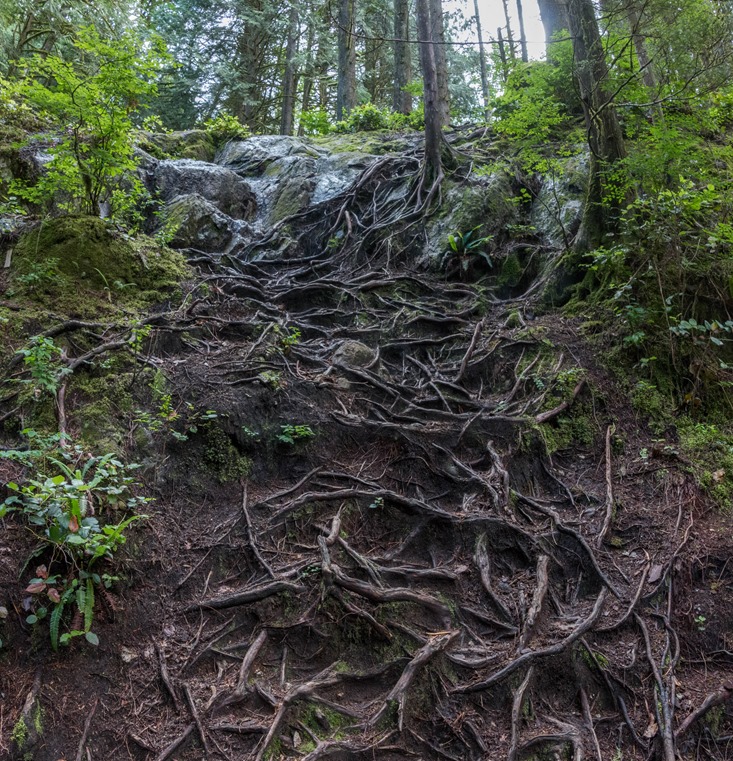 The roots I could probably handle but that slick wet rock reminded me too much of my fall the other day. Back down I go.

One more waterfall shot before we left. 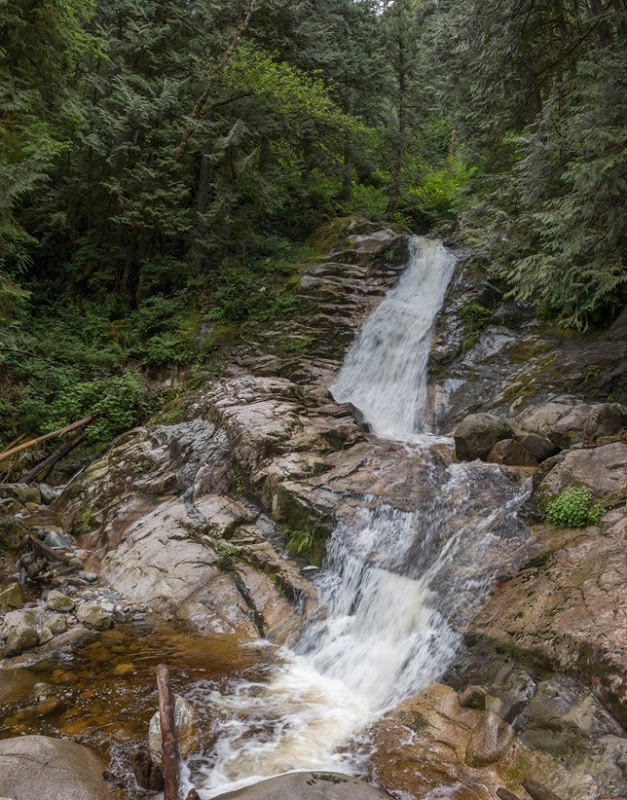 And then an uneventful trip back to the car, still paying the music as loud as the phone could do it except when we passed other people. 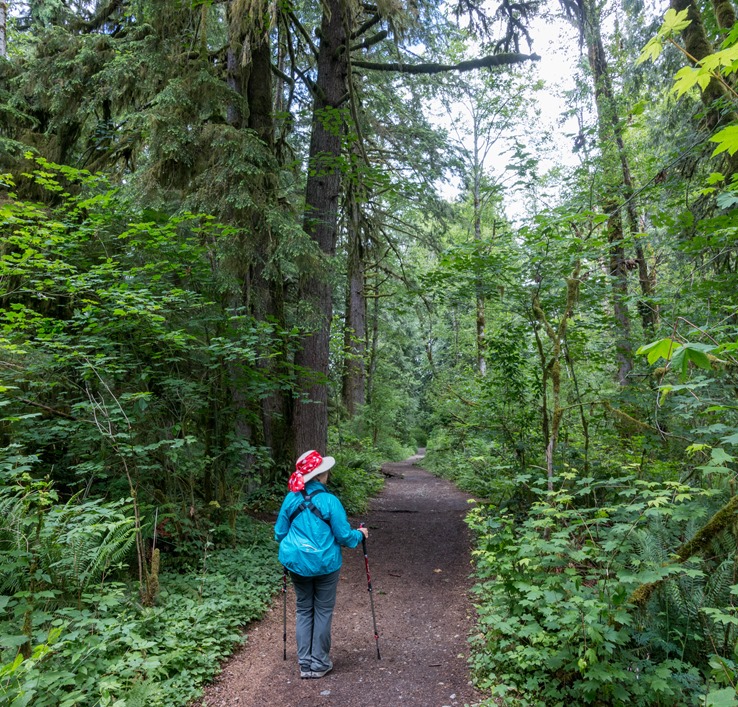 We were invited out to a great sushi dinner with my work friend so now we are stuffed. 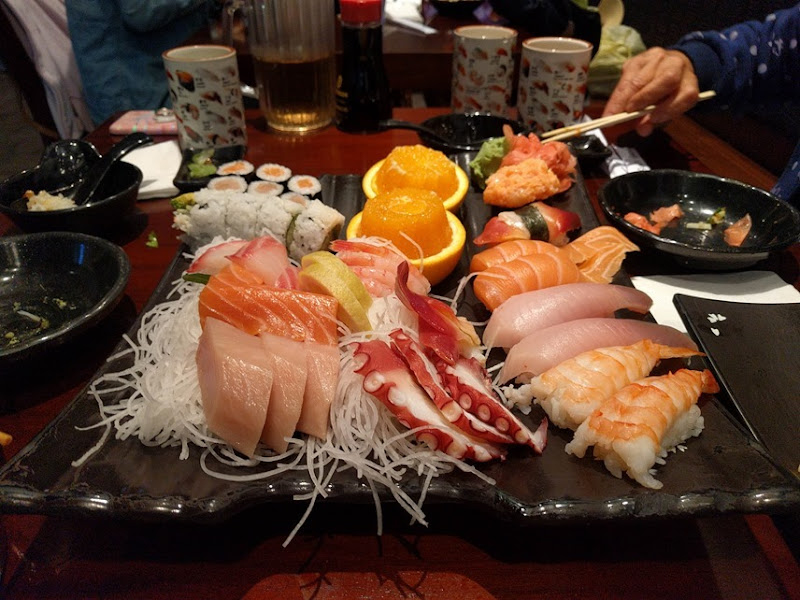