Today we drove around to the north shore to the village of Deep Cove and the hike up to Quarry Rock. It is a 4 km return trip through the forest to a rocky outcropping overlooking the cove. 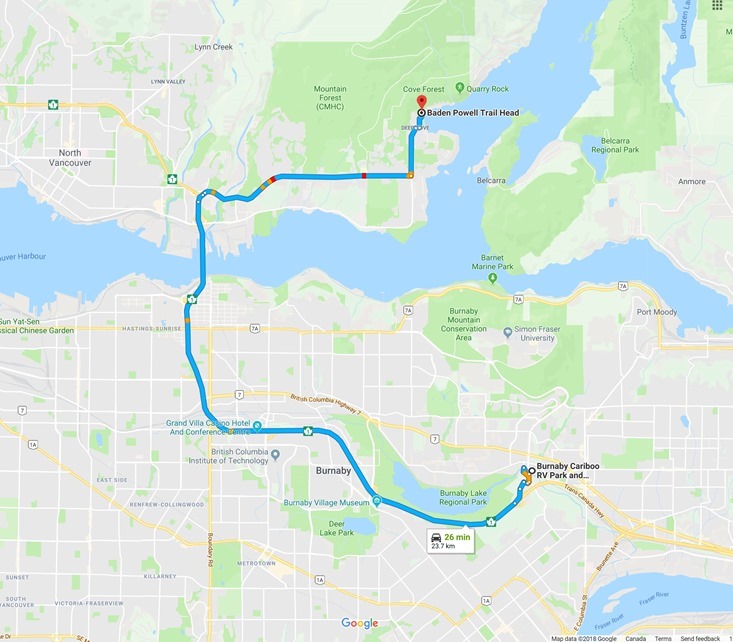 I had heard that this was a very popular hike but I thought that this being a Tuesday morning on a cloudy rather cool day that there might be less people. Nope. It was the busiest hike that we have done in a long time. The large parking lot was full, as was a lot of the street parking. We managed to find a spot and walked to the trailhead.

There were some nice houses and gardens overlooking the cove. 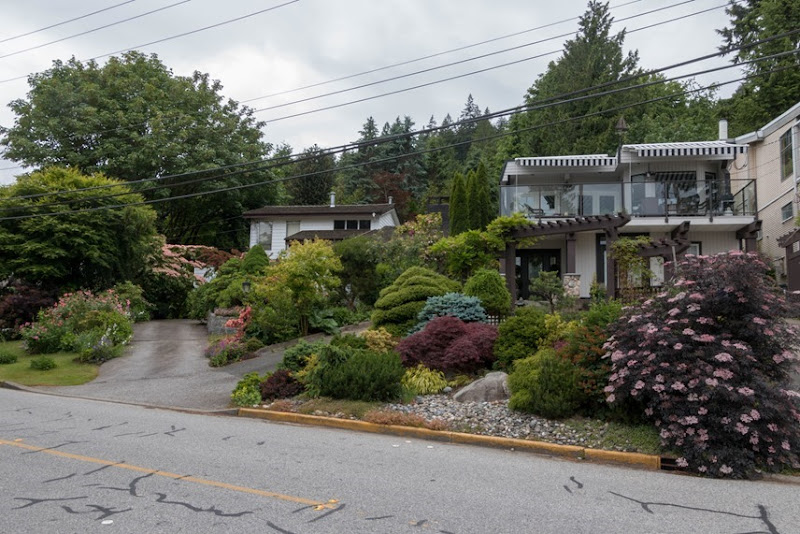 I am not sure what this plant is. Maybe a cactus. 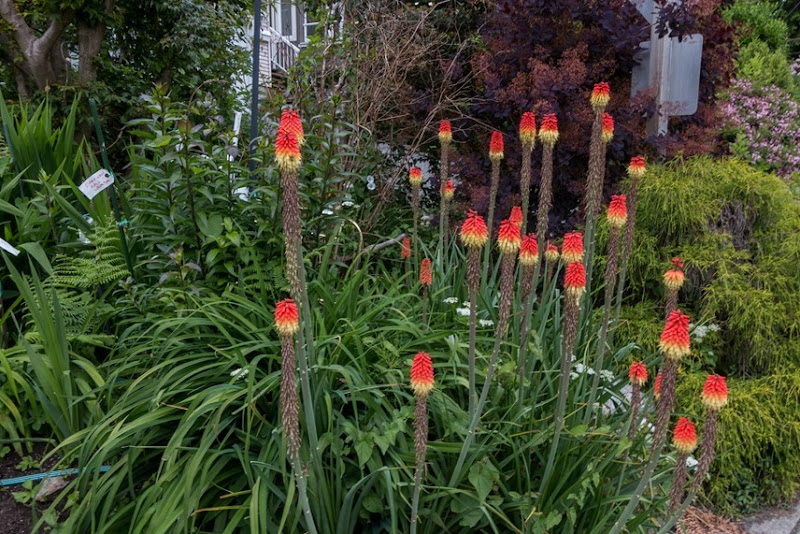 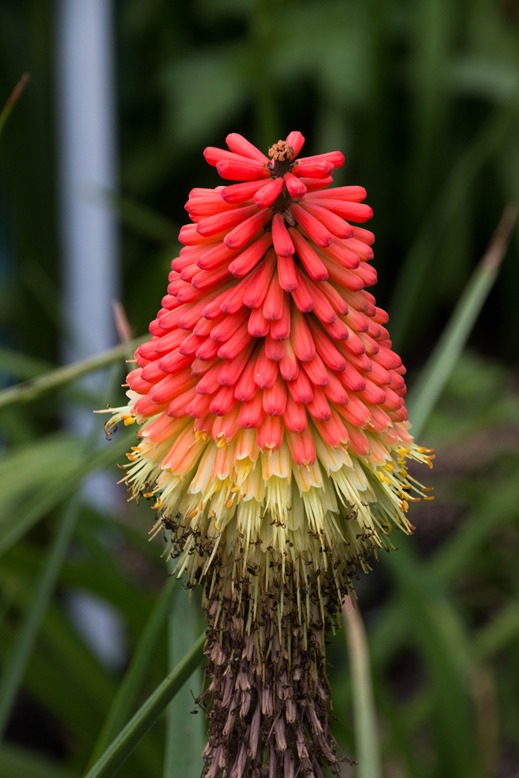 It was not a good sign when, as we were walking through town, a high school class was headed the same way. At the trailhead another class had just finished coming down.

At the trailhead there was another indication as to how popular it is. Something we have never seen before. The main sign tells how to prepare for the hike. 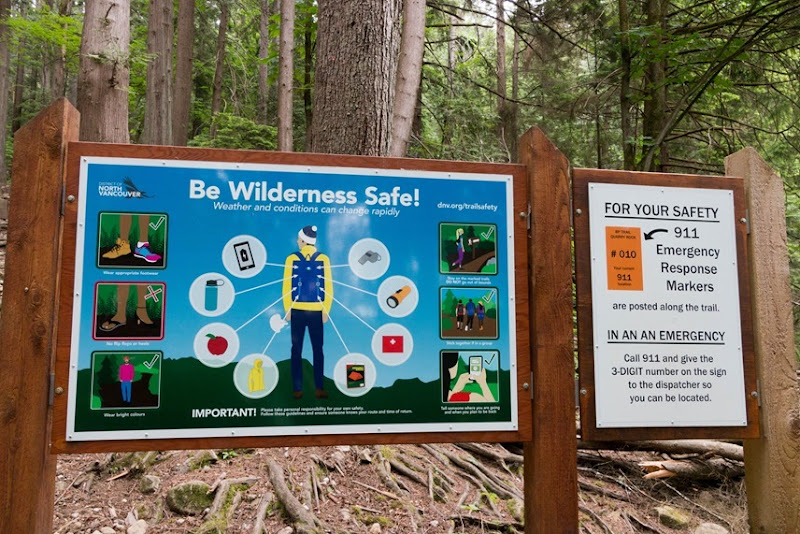 The second sign states that on trees throughout the hike there are location indictors so you can tell 911 where you are when your out of shape relative has a heart attack after climbing all the stairs. 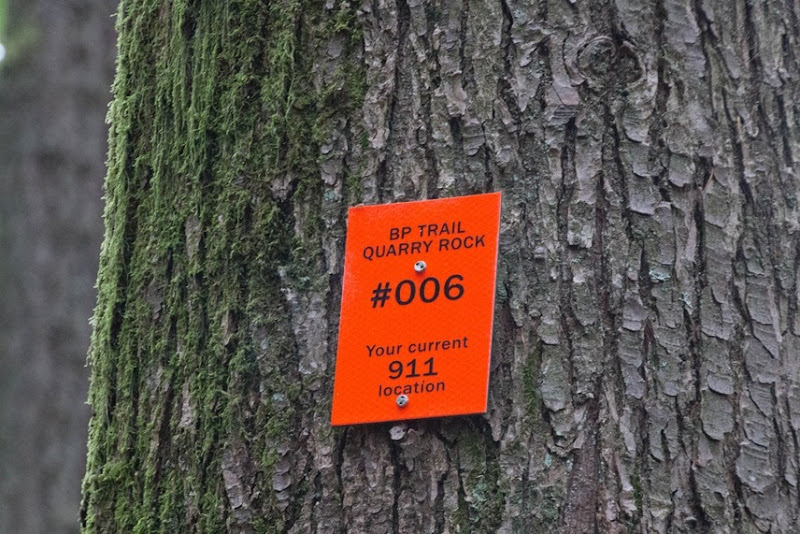 The rock is only about 100 m higher in elevation but you have to cross several creeks that have created deep valleys so there is a lot of up and down.

Anywhere that you climbed there was a wide boardwalk and stairs. Lots of stairs.

From the start you basically climb straight up the hill to gain the 100 m. Then you walk along the ridge going down and up the valleys. 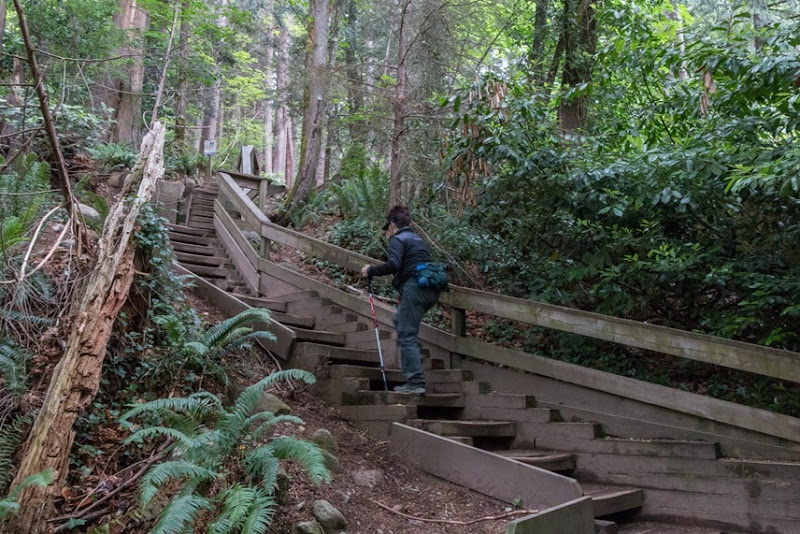 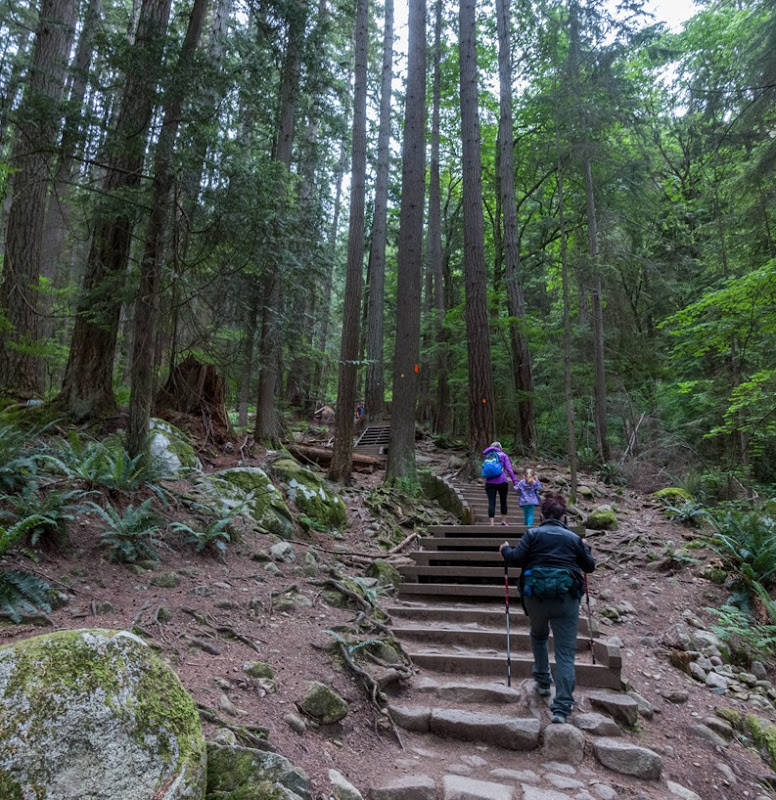 This tree had a rather complicated set of roots. 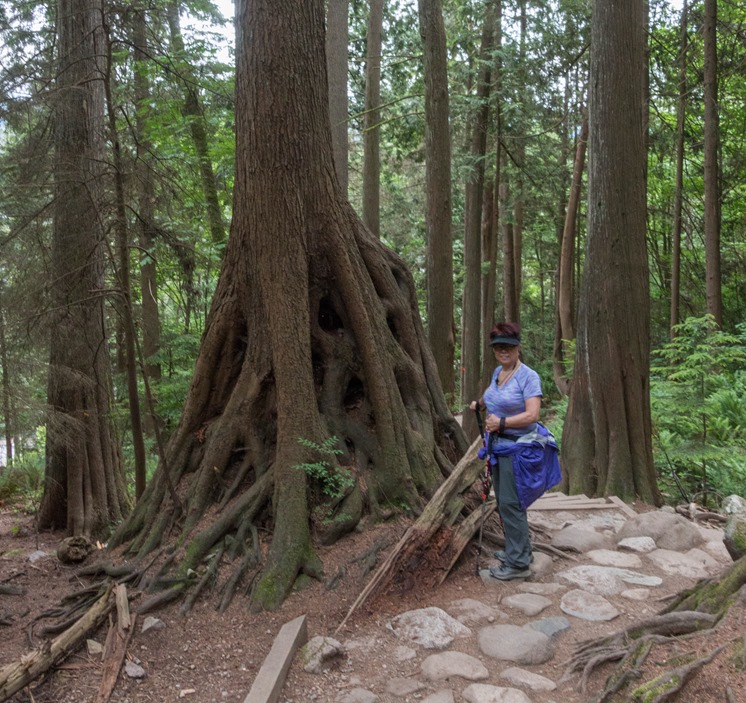 Even though there were a lot of boardwalks, the flat spots in between were not easy. Either rocky or rooty. 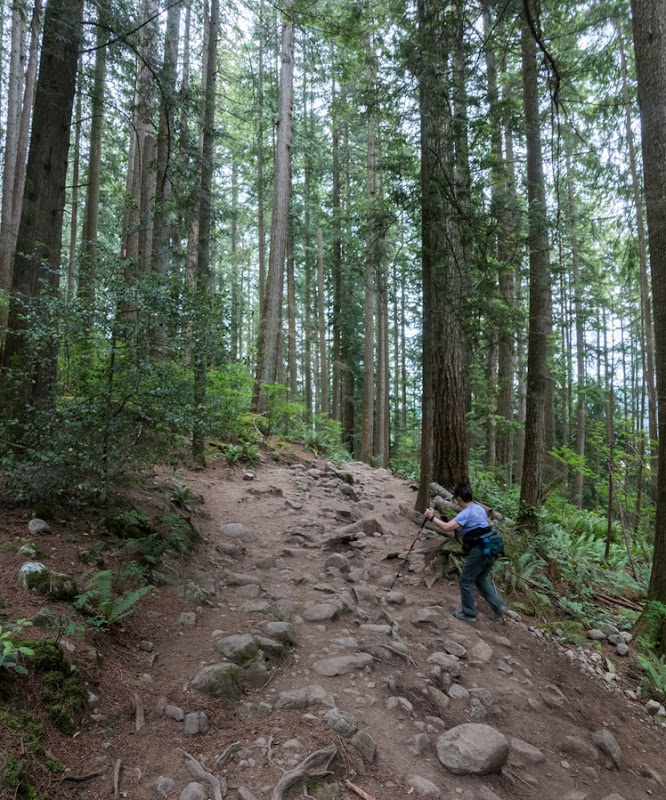 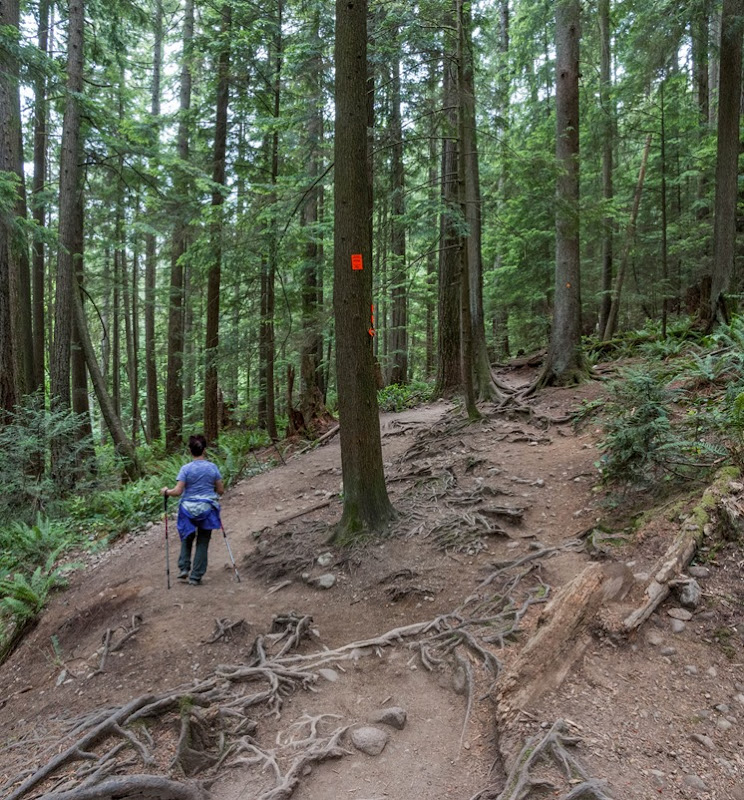 Down and up we go several times. 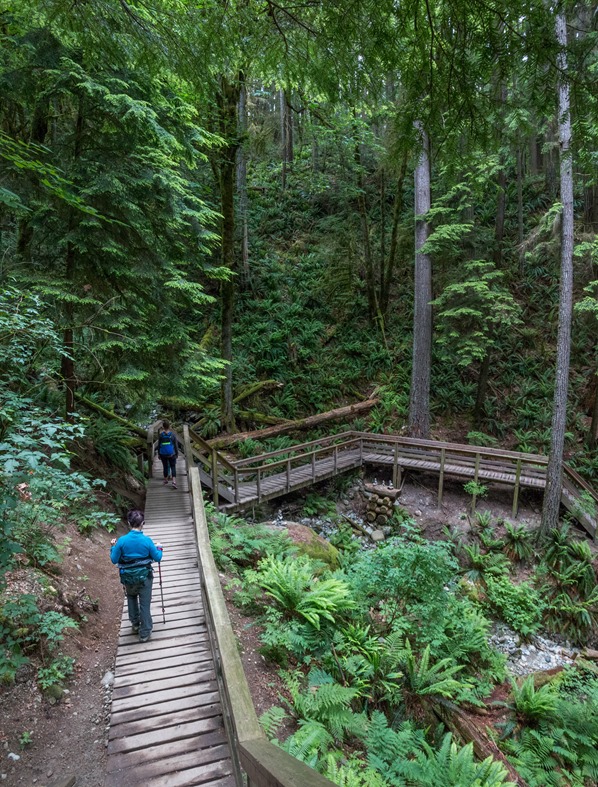 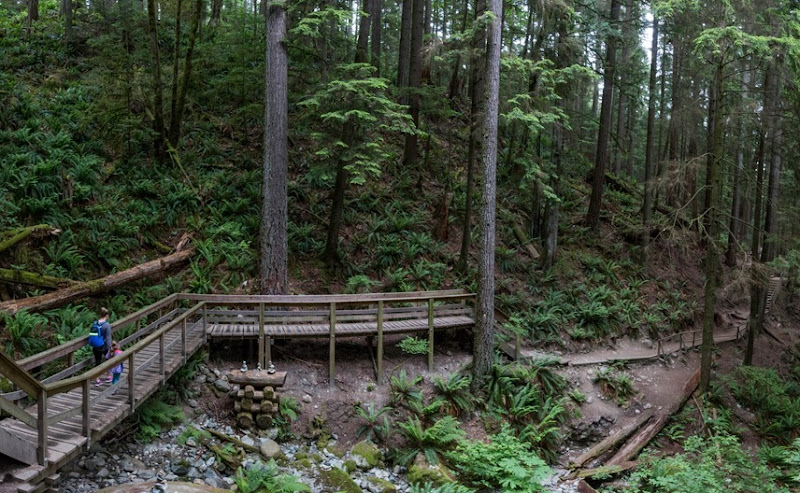 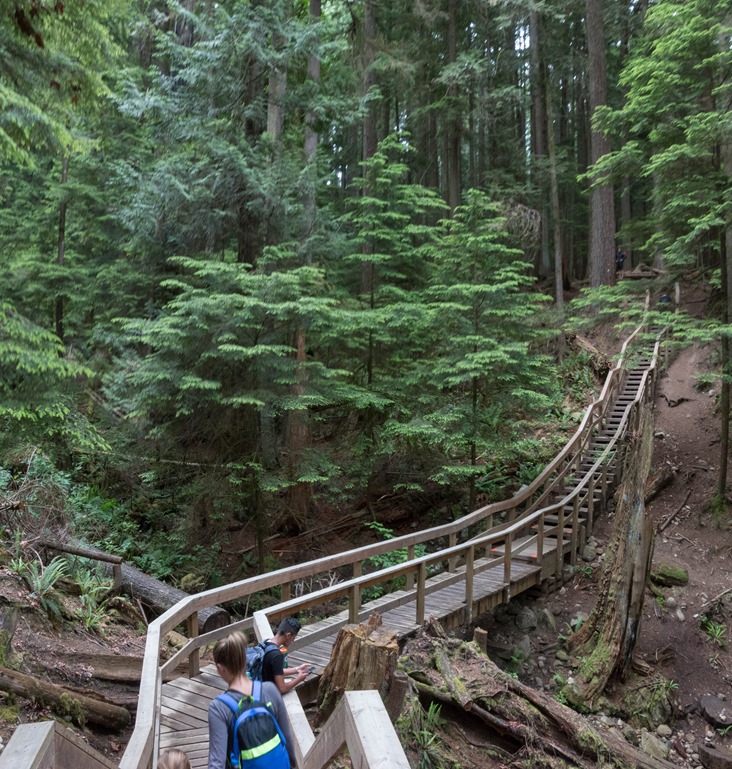 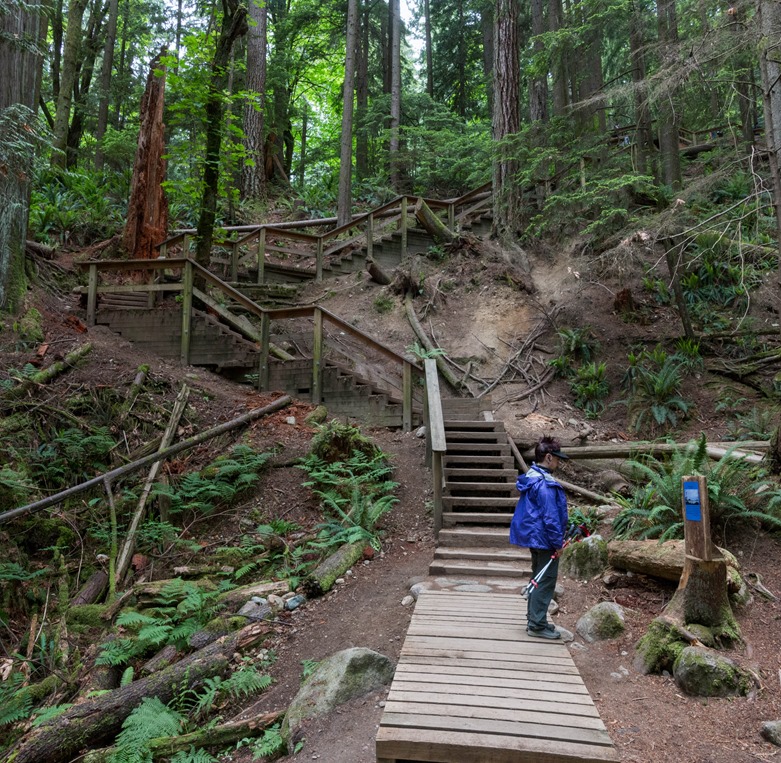 And then out to join the crowd on the rock. Soon after we got there another class of kids came up. There was also a steady stream of couples, families, some with rather old members and singles. There was also a lot of new moms with very young babies in snugglies on their chest. 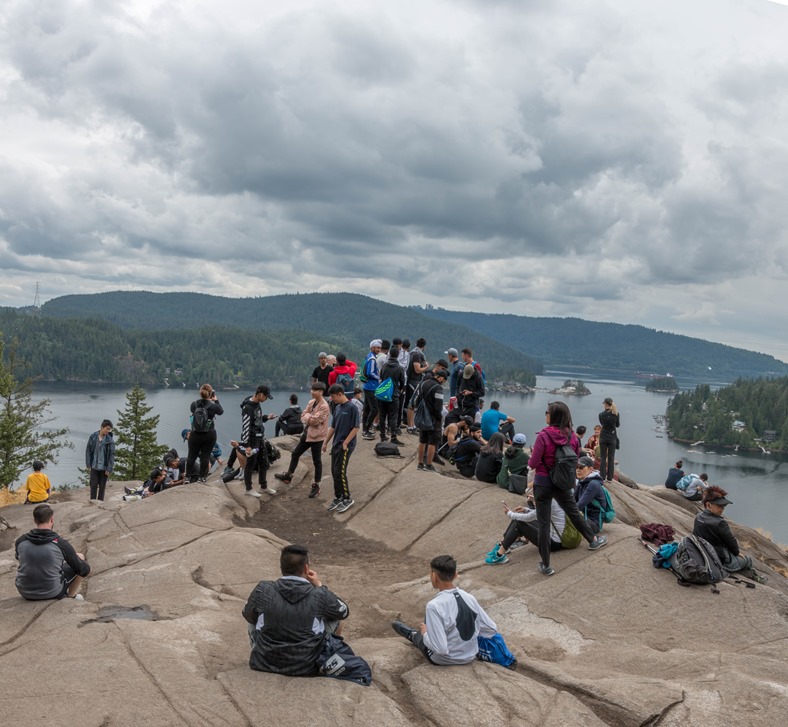 At the start we had dressed rather warmly but all the climbing soon had us sweating so that came off. Out on the rock there was some wind so back on when the warm clothes. It started to sprinkle rain for a while so even the rain jackets came out.

We found a spot that wasn’t too bad for Jennie and had lunch.

One class had stopped at Subway to bring lunch up here. Suddenly one lady’s unleashed dog came tearing out onto the rock and grabbed someone’s sandwich. It was gone in a flash.

Looking down to Deep Cove. 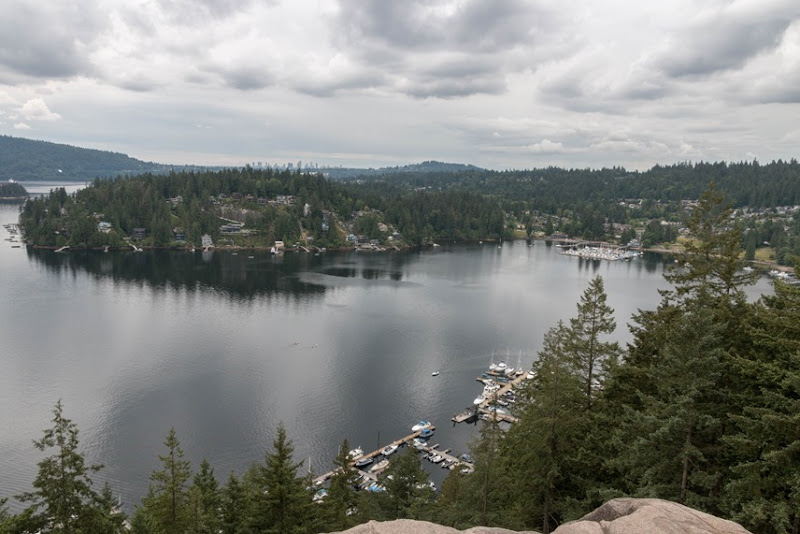 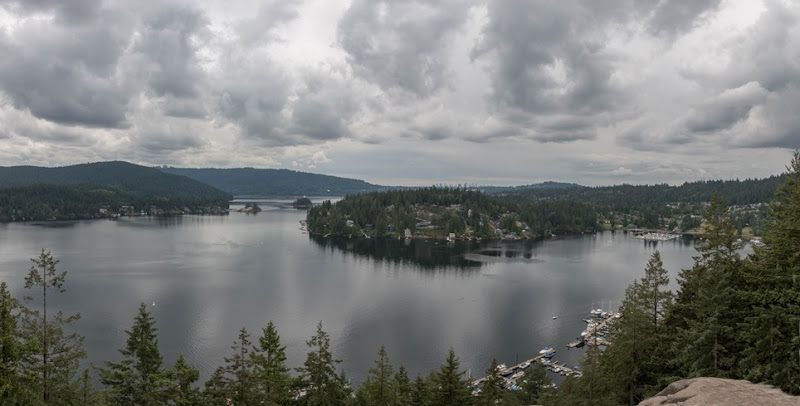 Vancouver high-rises off in the distance. 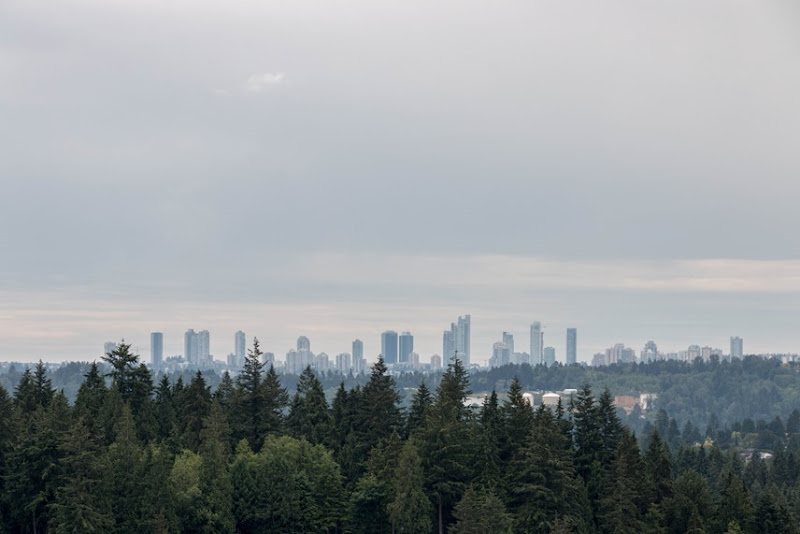 After a while it got cold sitting on the rocks so we headed back down. 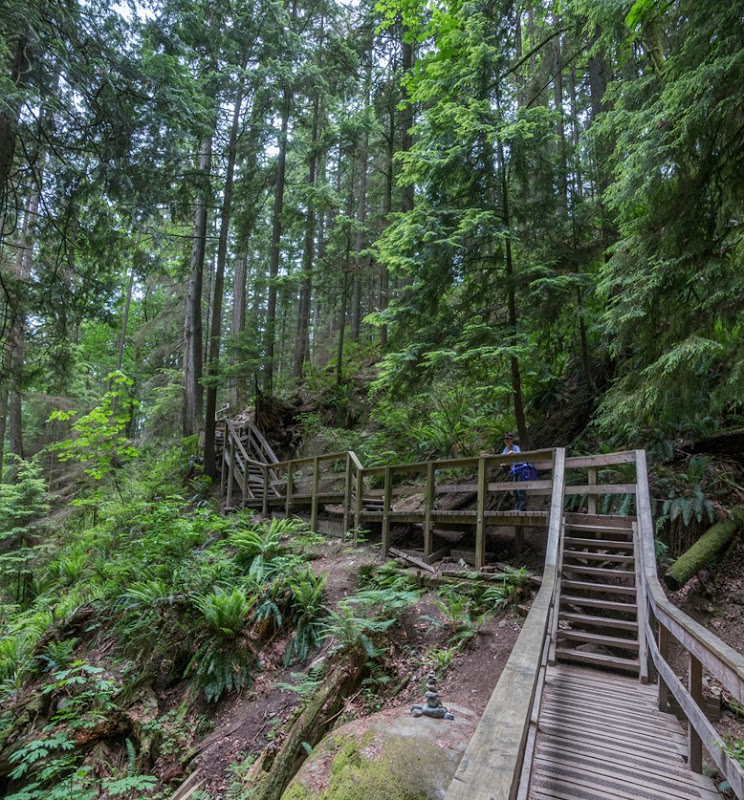 Back in the village we checked out the rocky beach. Quarry Rock is almost center in the picture below. 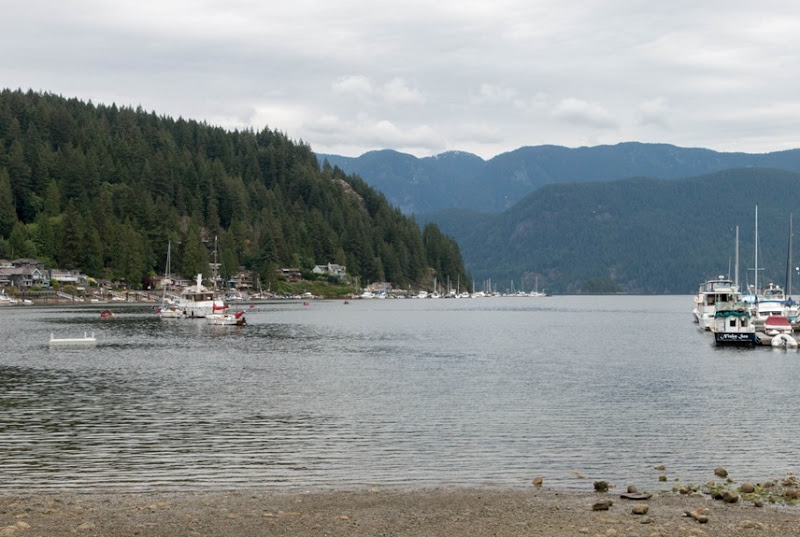 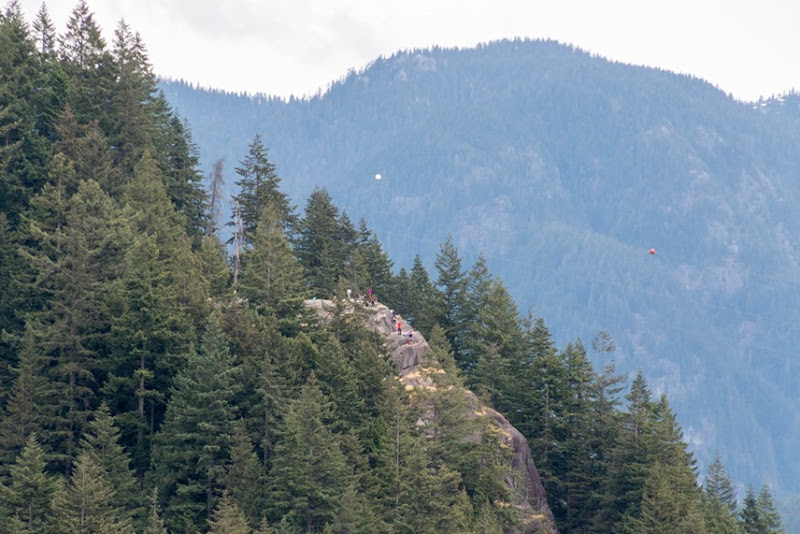 And the approximate path of the trail.

And a photosphere from the beach.