Today we bought an all day transit pass and headed to the downtown waterfront.

It is about a 10 minute walk to the nearest Skytrain station. Of course we had to wait for one of these. 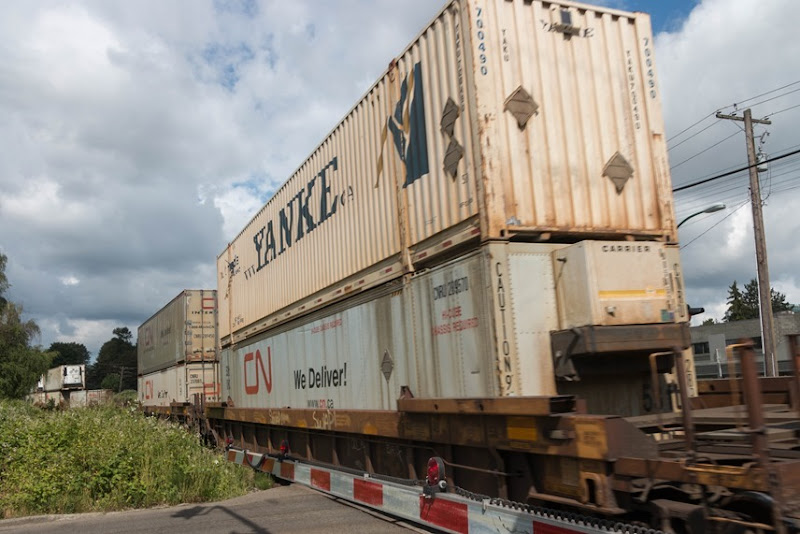 Having the railway track so close to the campground has been really annoying. I would say that the tracks are about 80 feet from our campsite. We seem to get a train go by about every 2 to 3 hours during the day and then maybe 2 during the middle of the night. They are longs ones as well, with hundreds of cars. The engines going by are the worst. Most have one or two at the front, one in the middle and maybe one at the end. And since we are on a curve we get a lot of wheel screeching. Some of them actually shake the RV enough that it is uncomfortable. I won’t miss them.

When we got to the station we, and some other people from the campground, got on the train that said Waterfront. It was not really the one we wanted but it got us there eventually. 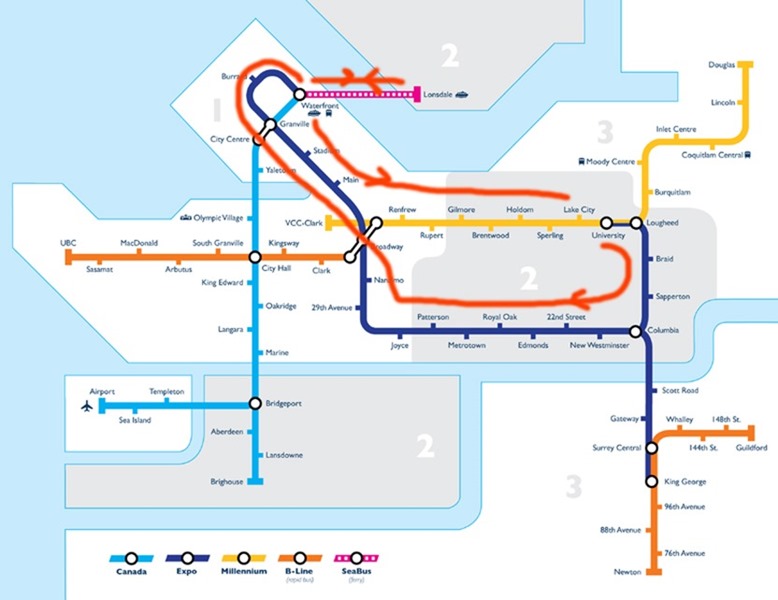 We are at the University station. We wanted to take the yellow line and then transfer to the blue to get to the waterfront. We took the long way around on the blue but did see some of the scenery along the river.

Once we finally arrived we walked out and around Canada Place, where all the cruise ships dock. 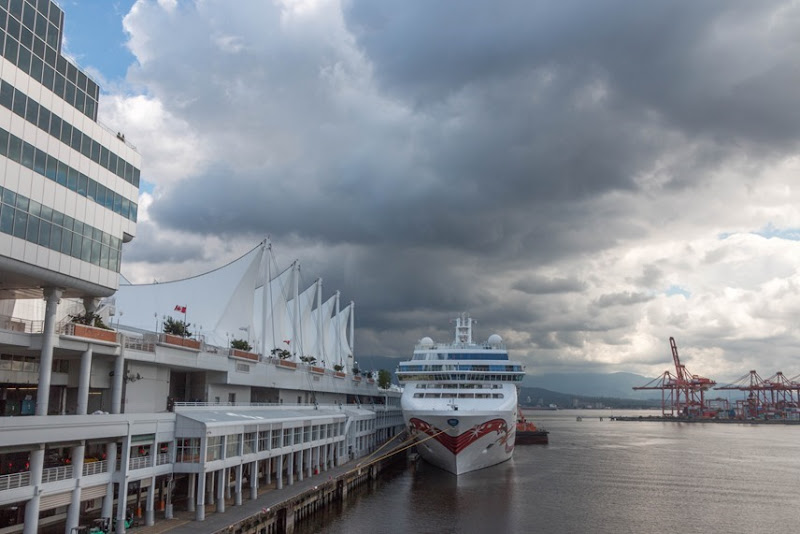 It was a mostly sunny day but some dark clouds did go by. One of the those days where the jackets kept going on and off.

The Norwegian Jewel was on this side. The panorama is a bit distorted as I tried to get the ship and the sails in the same picture. 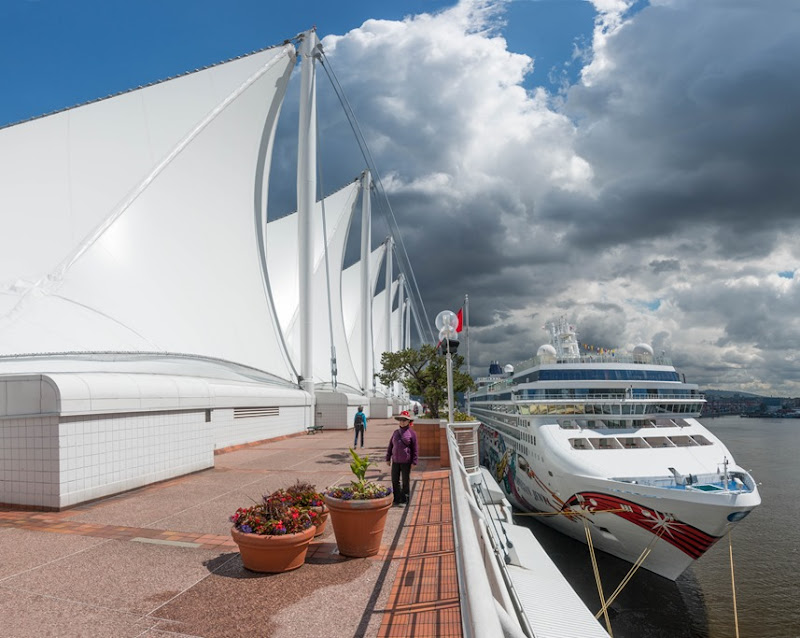 At the end looking back towards the city. 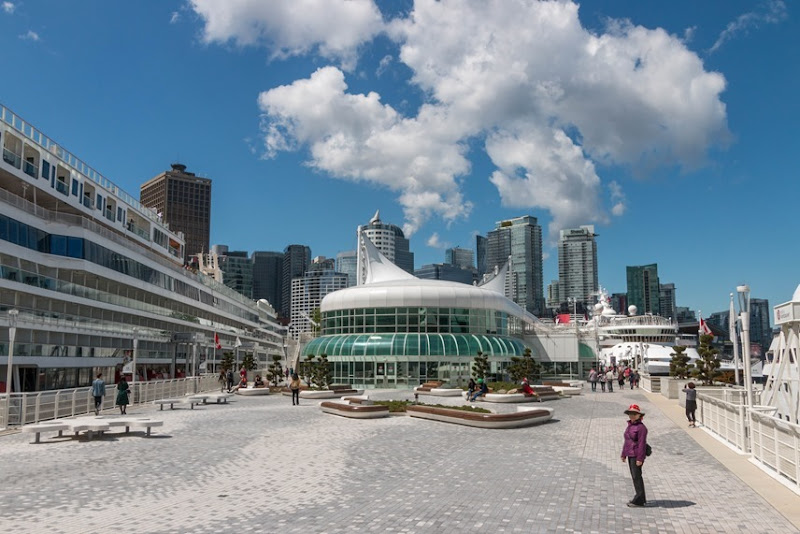 The Disney Wonder was on the other side. 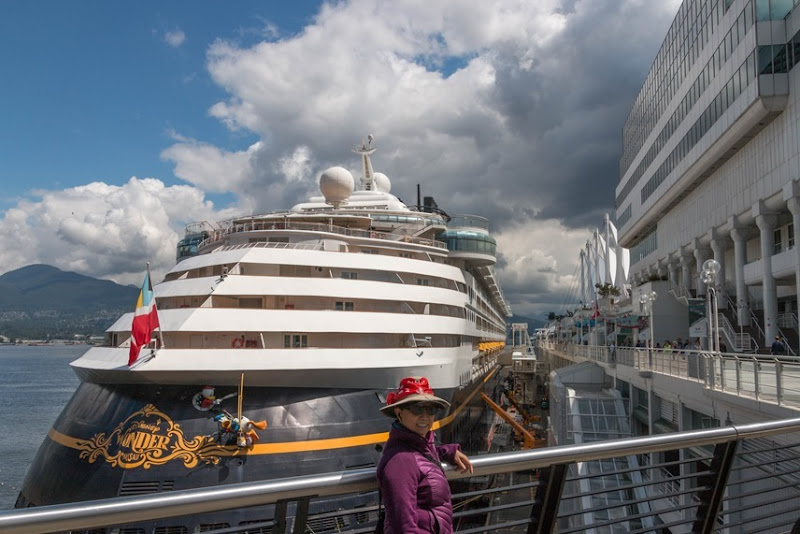 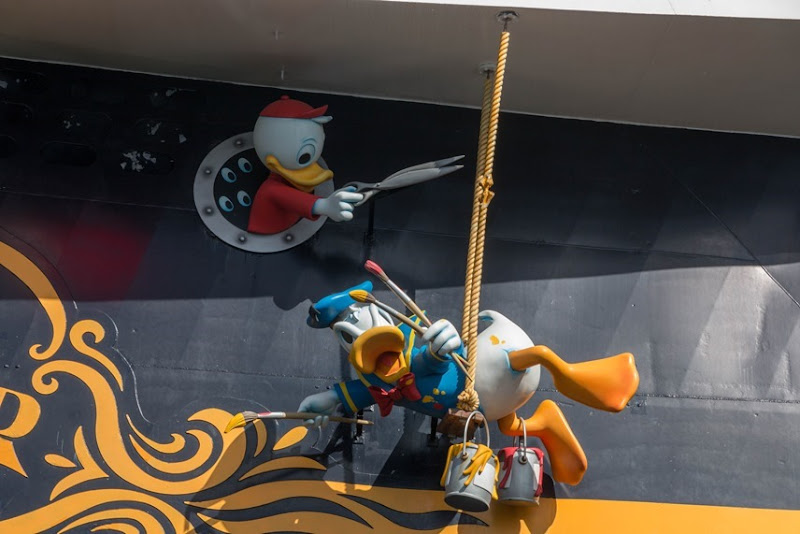 We walked out to the end of the next pier called Burrard Landing, with its massive waterdrop. 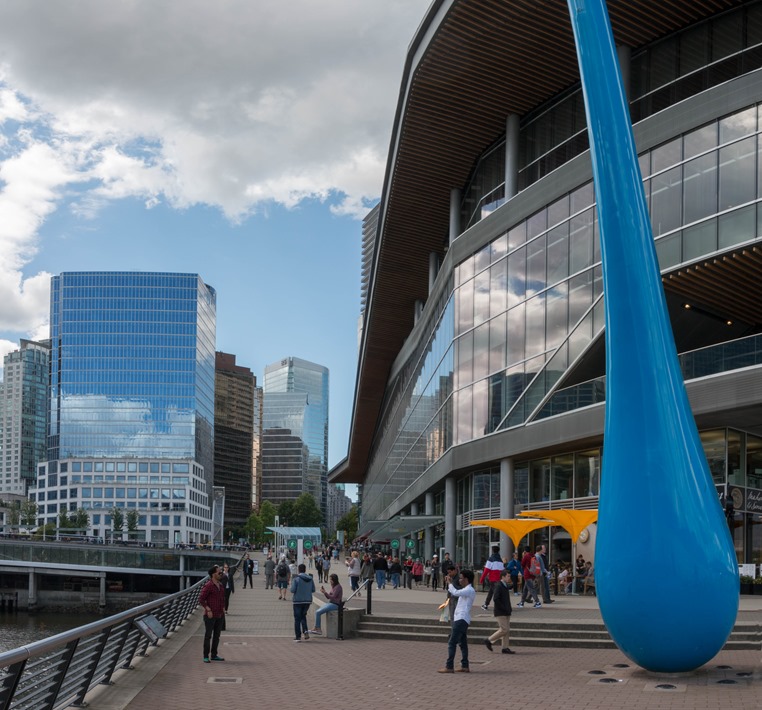 The view across the harbour.

The $80,000,000 superyacht the Kogo was out getting, what I imagine is, a pricey fuel fill-up, not that it would matter much to the owner. 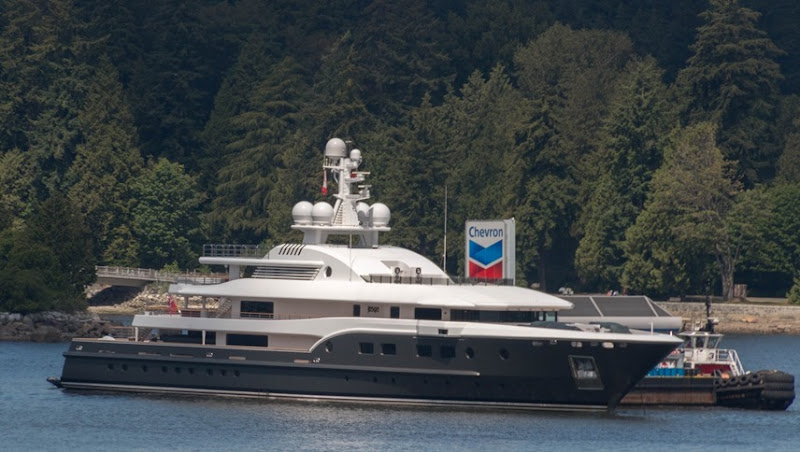 After a quick lunch we walked over to Gastown. 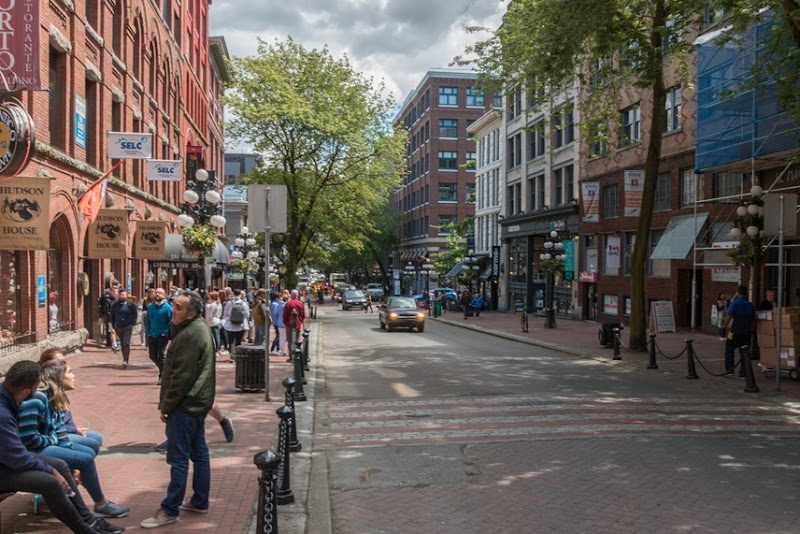 Everybody stops to see the Steam Clock. 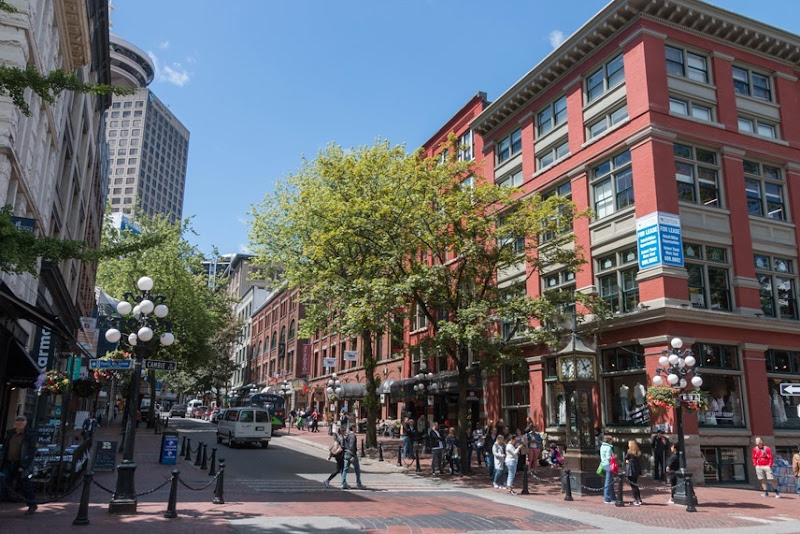 We got a few toots out of the whistle at quarter past the hour. 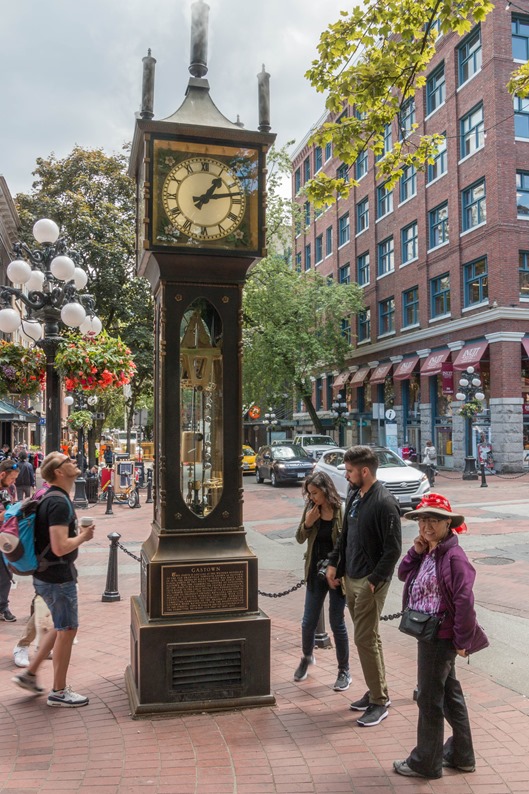 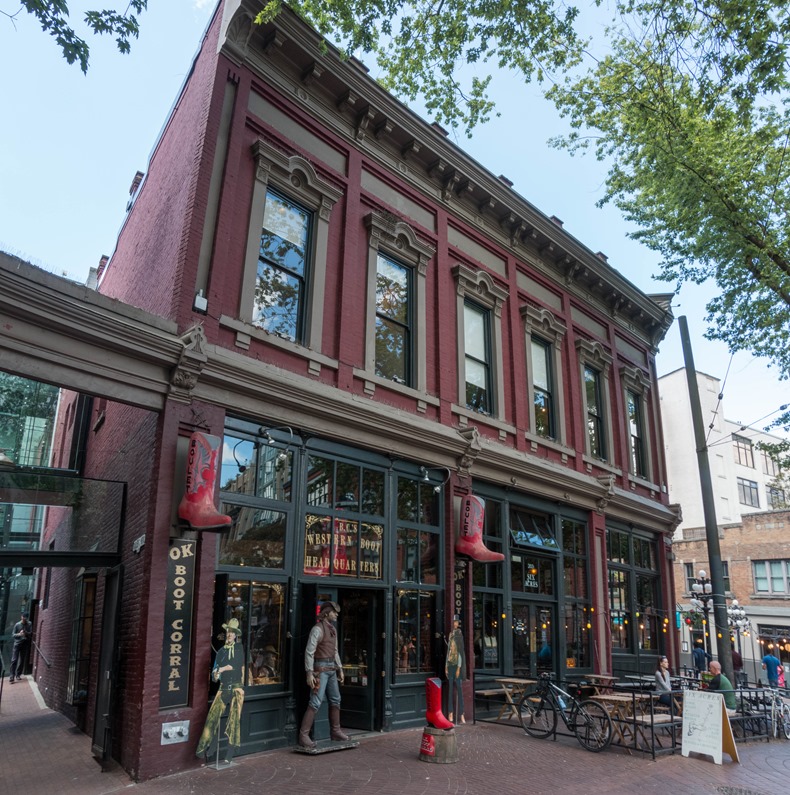 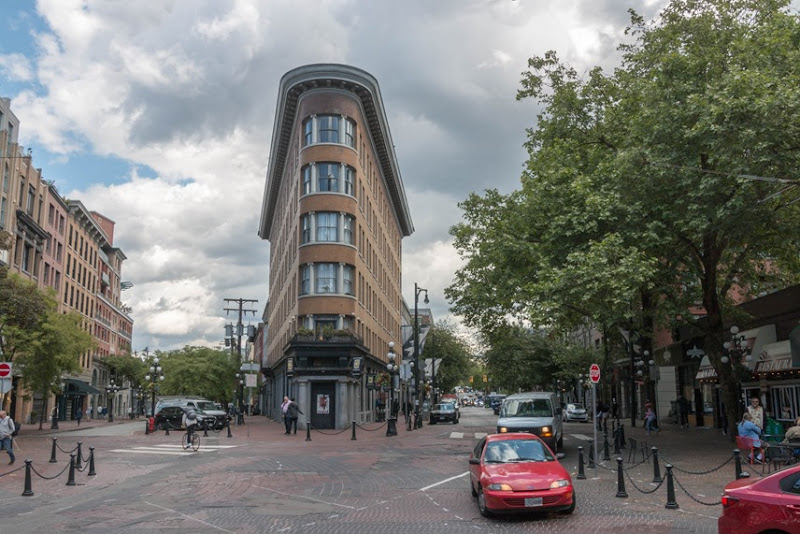 The statue of Gassy Jack, a bar owner and one of the first settlers of the area. He got the name because of his long winded stories and the area became known as Gastown. 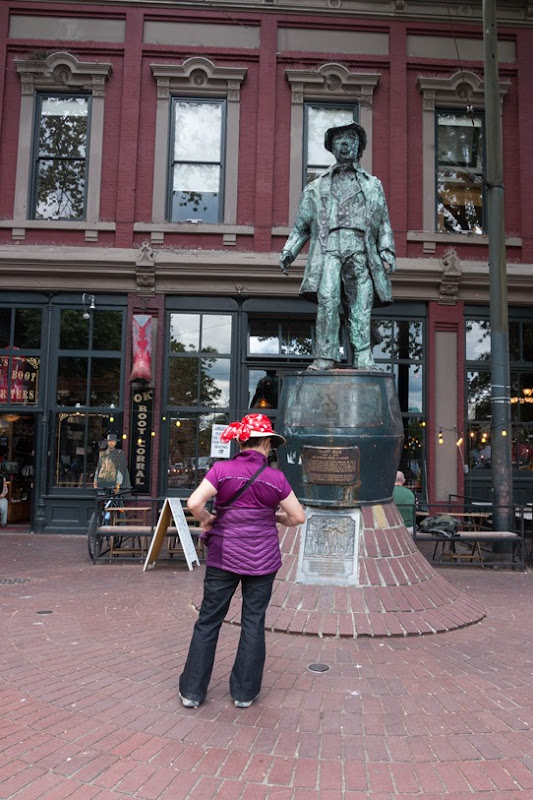 The original plan for today was to now take the Skytrain down to Granville Island. As we walked back toward the station we realized that we wanted a rest so we used our transit pass to take the Seabus Ferry across the harbour and immediately back. 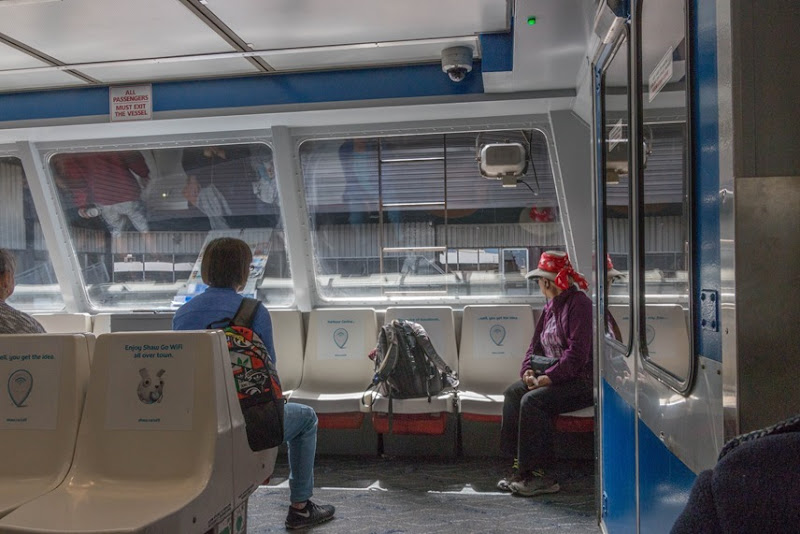 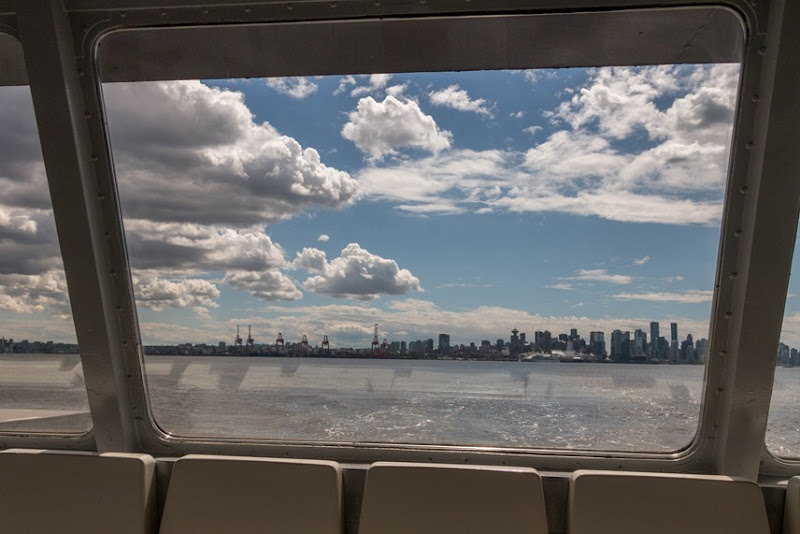 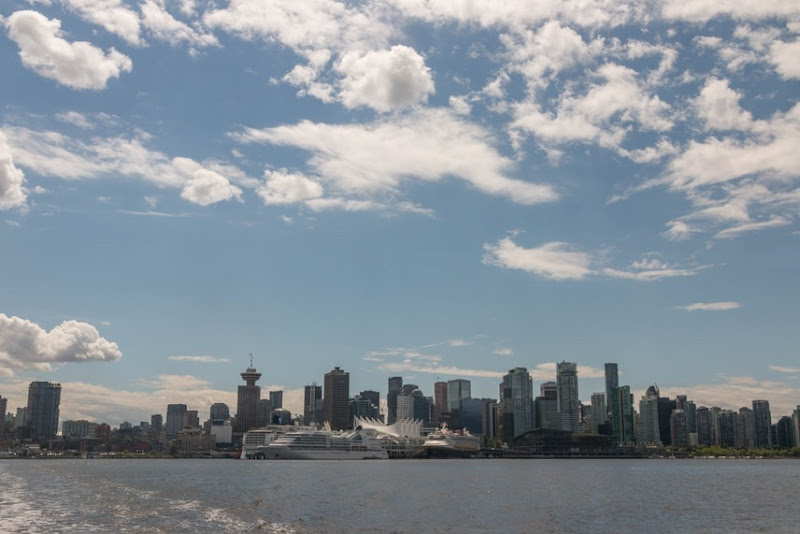 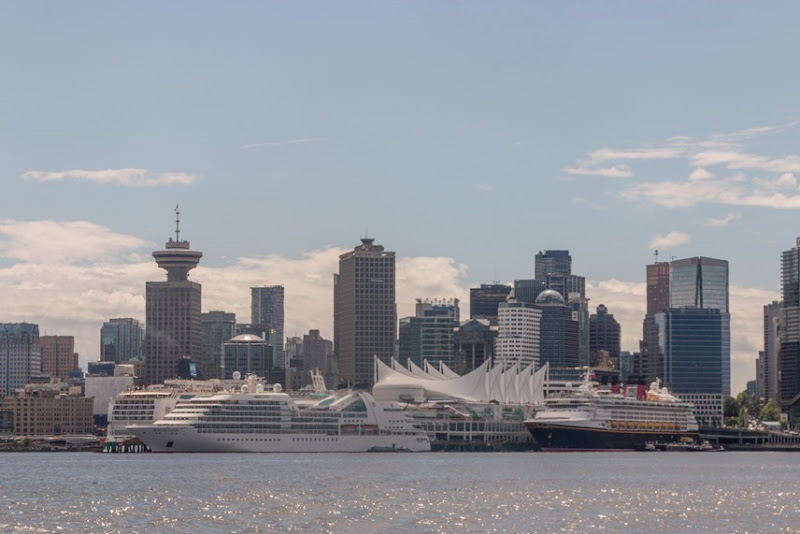 Our first look at the Lions Gate Bridge and all the houses in West Vancouver overlooking the inlet. 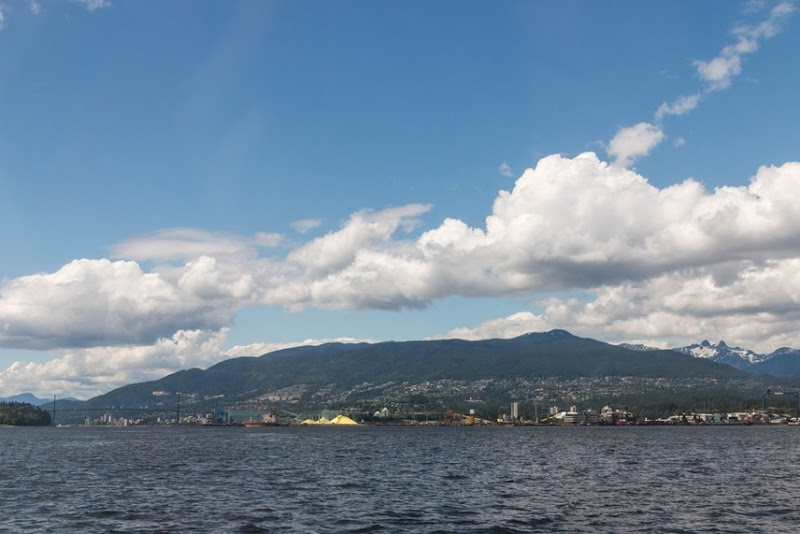 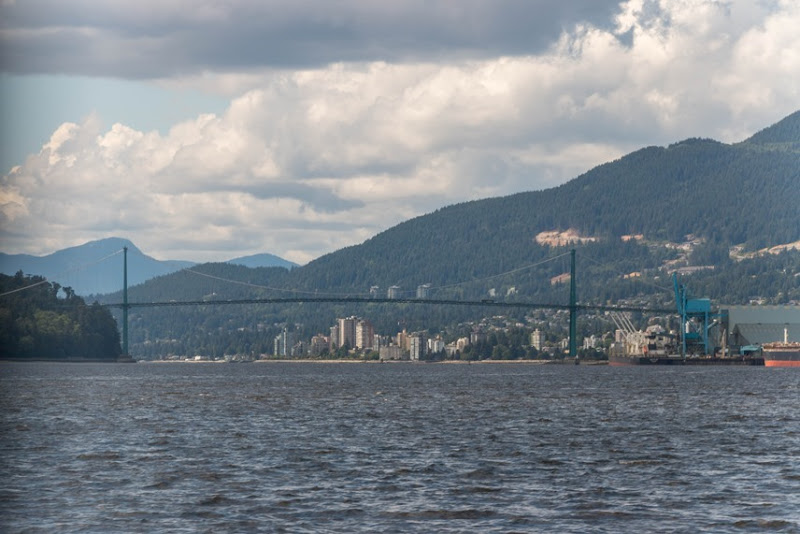 When we got back we decided to skip Granville Island today. Although it didn’t seem like it, Jennie’s Fitbit said that we had done a lot of steps and our feet did feel like it, so we just headed home. On the right Skytrain line this time. 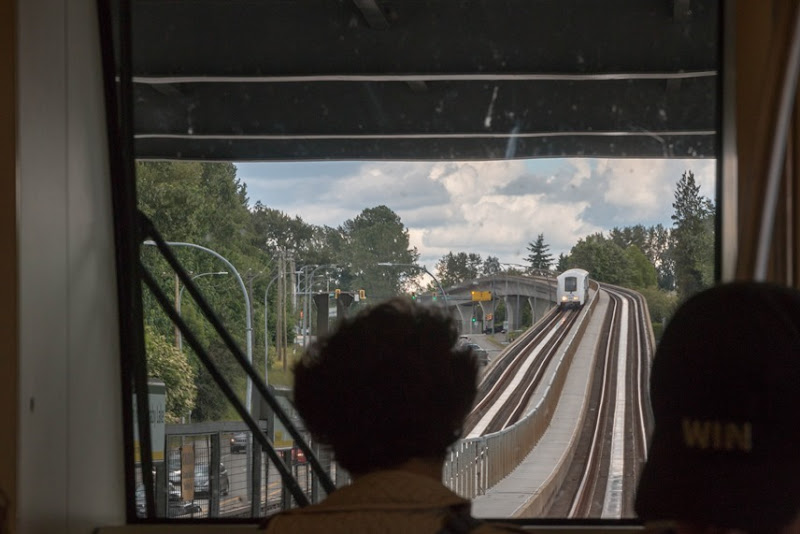