After a day of a bit of shopping and rest, it was sunny and warm as we left Meridian (near Boise) Idaho to get onto the I84.  At the Oregon border we finally got off the interstate and took Highway 20, "the “Central Oregon Highway”, a two lane highway that takes us through the middle of Oregon to our eventual destination in Eugene to get the solar panels installed.

Being from Ontario, Canada, when we turned onto Hwy 20 there were signs posted saying that Ontario was 17 miles away, or “Oregon begins in Ontario”, we chuckled and took a few pictures. 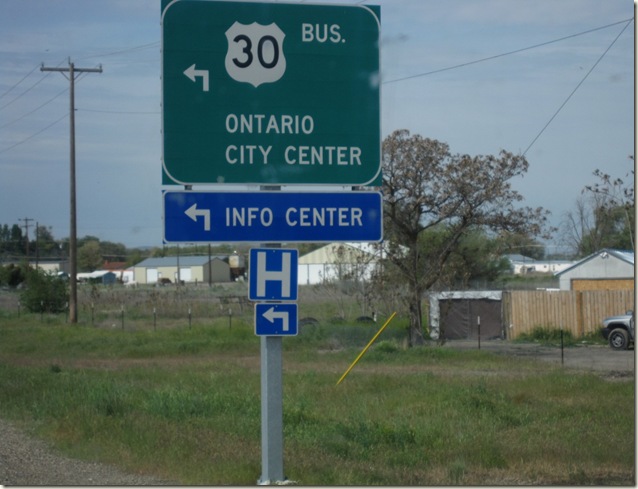 Two crop dusters flew overhead and I wondered what we were inhaling. 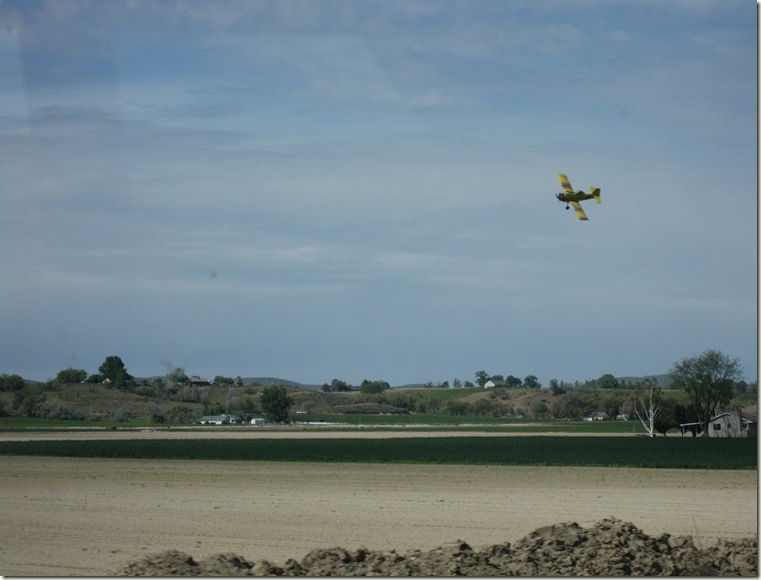 This was a great highway, very little traffic, no trucks and interesting scenery. Initially we crossed flat farm land, then a steep slow climb up some hills (not yet mountains) and then a long downhill following a river valley down. 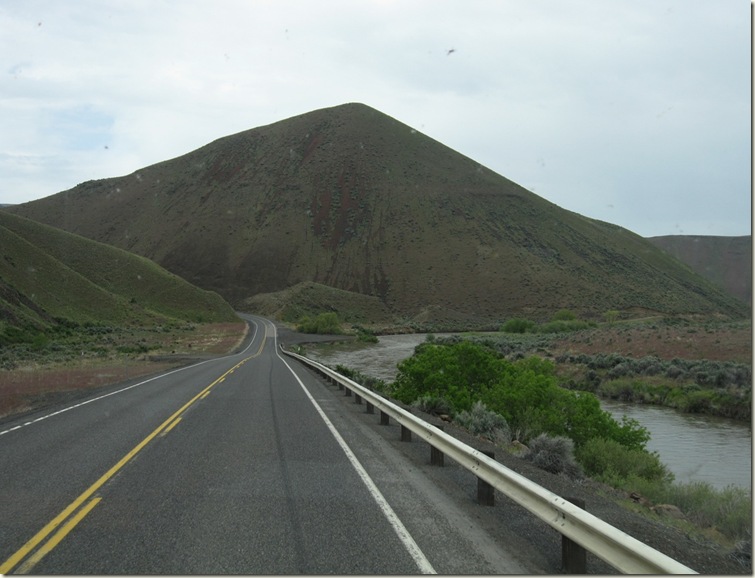 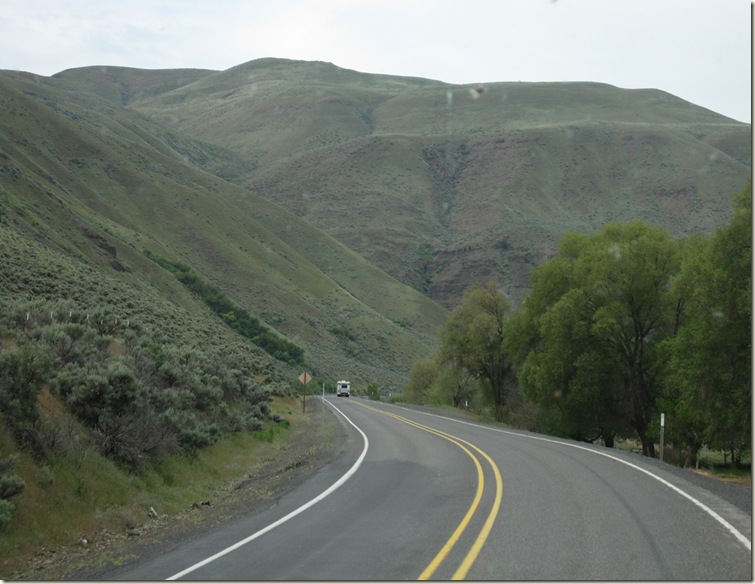 Once we got out of the hills we got to a 35 km absolutely straight and flat  stretch of highway leading to the town where we were spending the night. Stuart found his mind wandering a bit as there was no traffic or anything to really keep his attention. We did notice that the field on either side of the road seemed to be flooded.

As we neared town we saw signs saying that the highway was closed due to “water in the road”. We took a detour to get to town only to find that we had passed our campground, which was on the highway, and the highway from back to it town was also marked closed. We made a quick call to the campground and the lady said to just remove some of the cones placed across the road. So we stopped at the barricade, through about it for a while and then did what she said.

Once we got to the campground we saw that it too was quite flooded. Of the 30 or so site there were about 8 dry ones. Our site was OK. There were only 3 RV’s there that night. 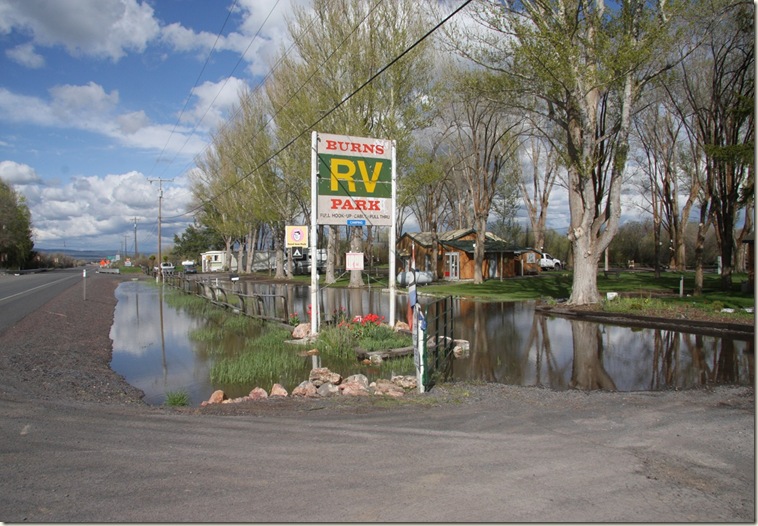 The reason for the closure was just a bit down the highway so we took a walk to investigate. First we walked on a bridge over a river. The water was only about 6 inches below the top of the roadway. 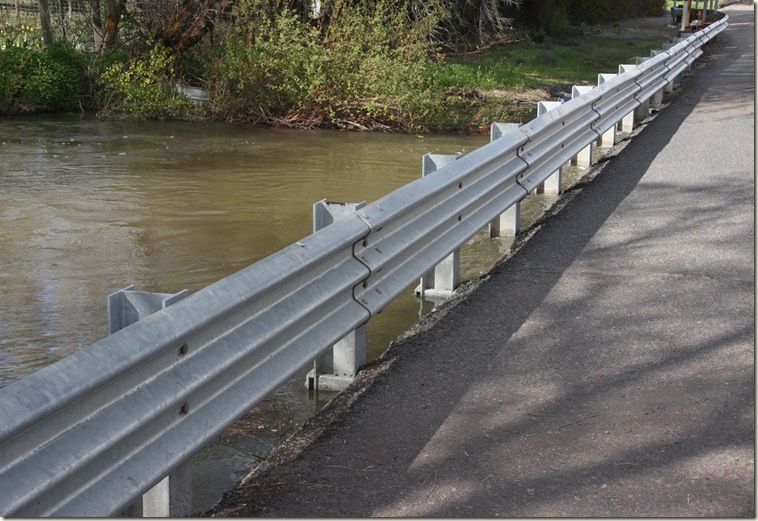 Everywhere there was a culvert we could see whirlpools as the water was sucked under the road. 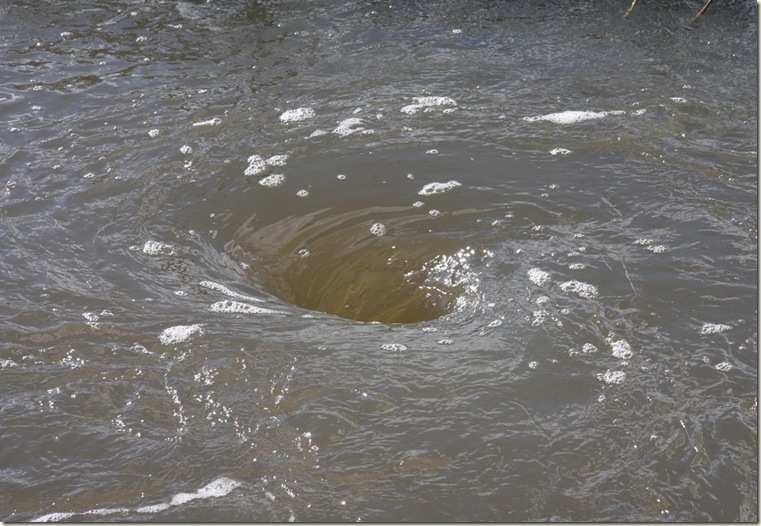 Then we got to the actual closure. From a distance we could see a sign that said “Bump”. Turns out it was a hell of  a bump. I guess one of the culverts just got overwhelmed. 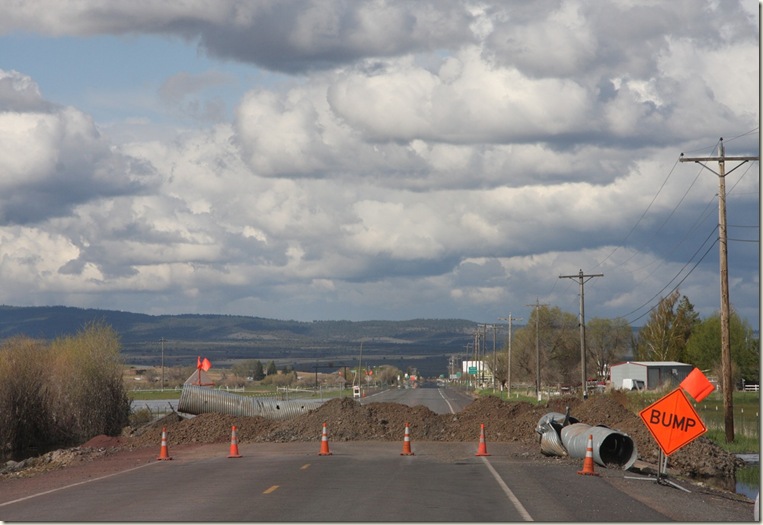 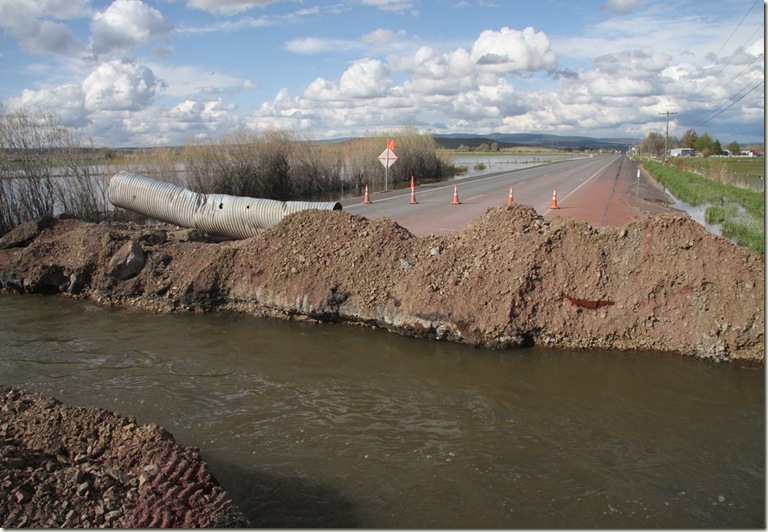 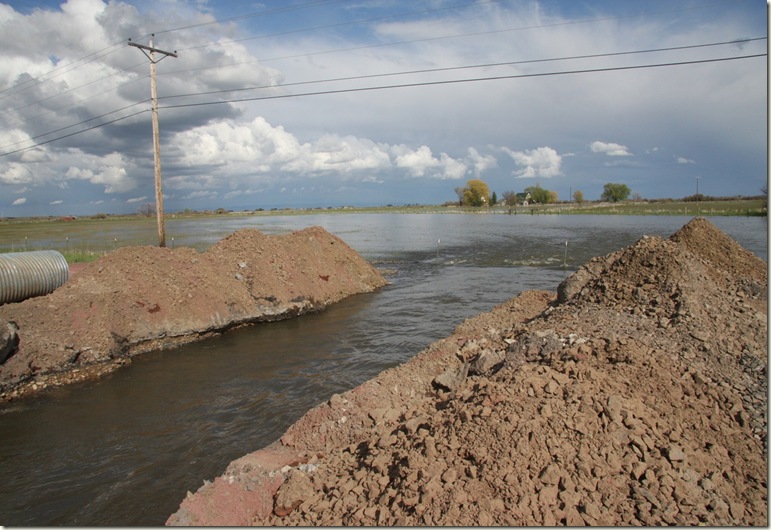 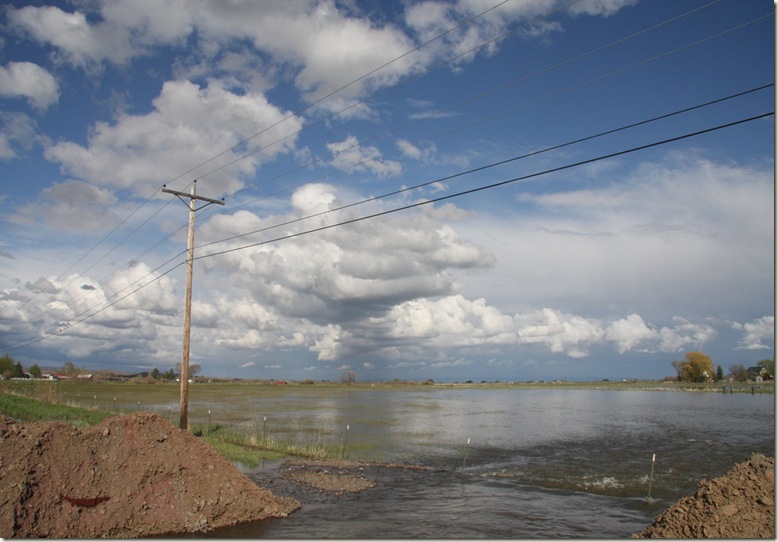 We never did learn whether this was unusual flooding but all the fields for as far as the eye could see were under water.

FYI – there are mosquitoes and they are biting; resulting in annoying scratching but no red welts, as of yet.  I do not know if the insects get worse as summer arrives but so far not as nasty as in Canada.

We are at a higher altitude (~4000 ft) and Jennie noticed that cooking tapioca pudding takes longer to boil and set.

It is cooler here at night so  we had to put the comforter back on the bed whereas yesterday in Boise we had the air conditioner on at midday to cool the bedroom down.