May 27 - Hiking near Astoria Oregon

It was cool and raining when we woke up however the weather improved around 10:00 am so we decided to make a dash for the outdoors to do a hike. We packed a lunch and went to the Fort Steven State Park which is literally on the other side of the road from our campground. 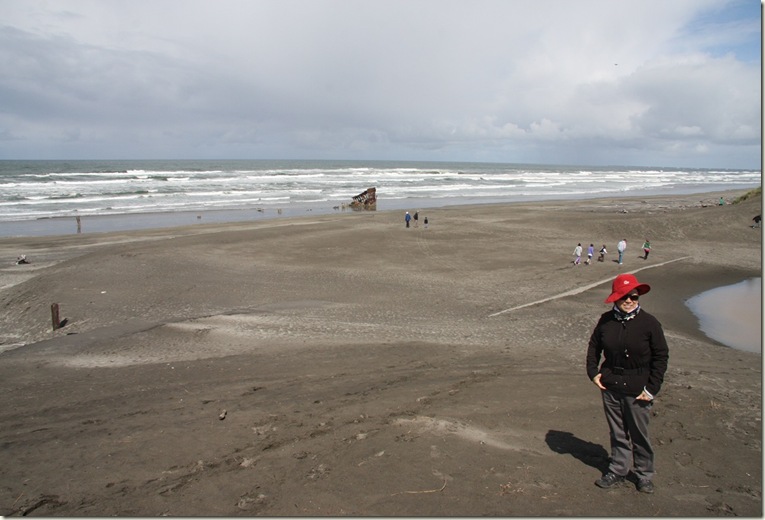 We got our first view of the Pacific as a few rays of sunshine came along. The beach looked beautiful. There was fresh air, a strong breeze pushing the waves to shore, peaceful solitude and sunshine, as there were not many visitors just yet.

We left the car at the beach and hike about 9 km of trails in the park. 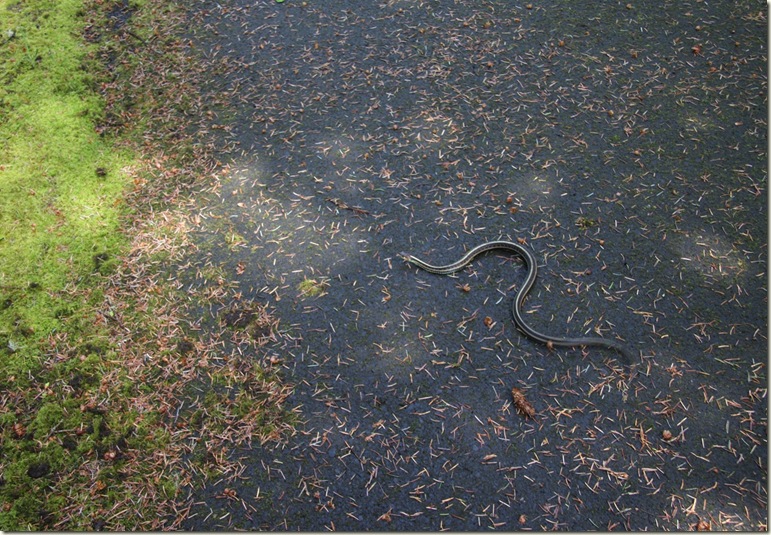 The interior of the park was somewhat non-descript but we had lunch at a viewing platform and a deer appeared right on cue but it was too far away for a picture. 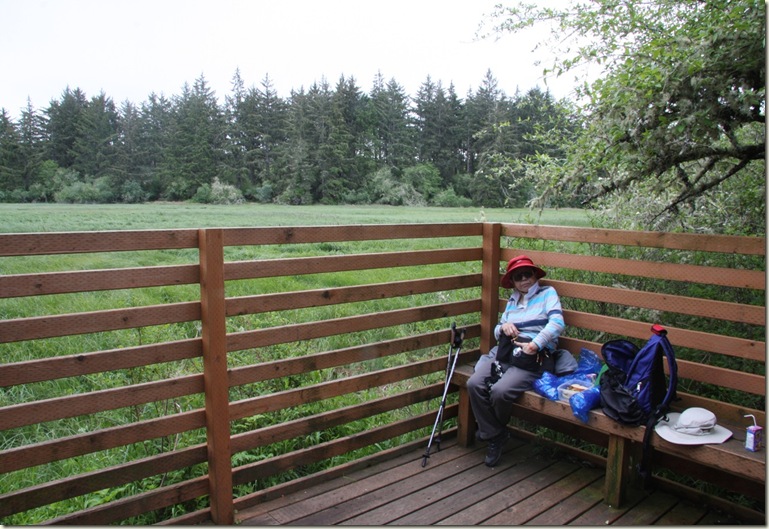 We were pretty tired when we got back to the car but saw that they allowed you to drive on part of the beach if you had 4 wheel drive. 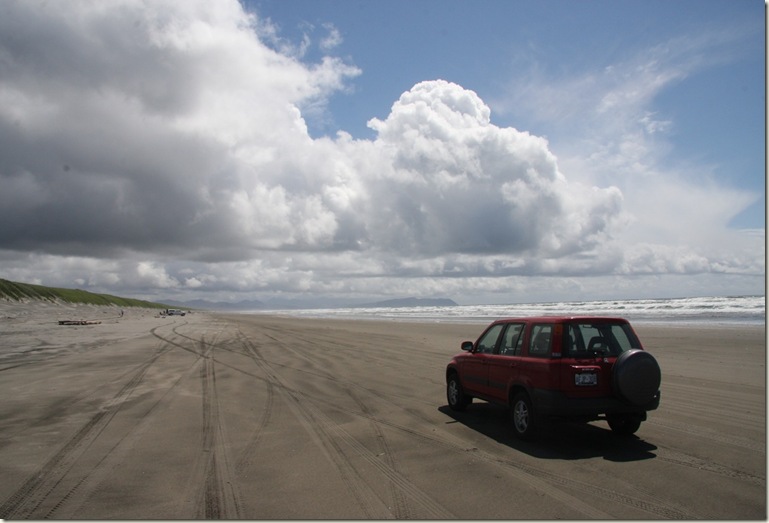 We drove a few kilometers down the beach and then just sat for a while watching the wind and the waves. On the way back Jennie was grossed out by a dead seal on the beach being snacked on by an eagle and a crow. 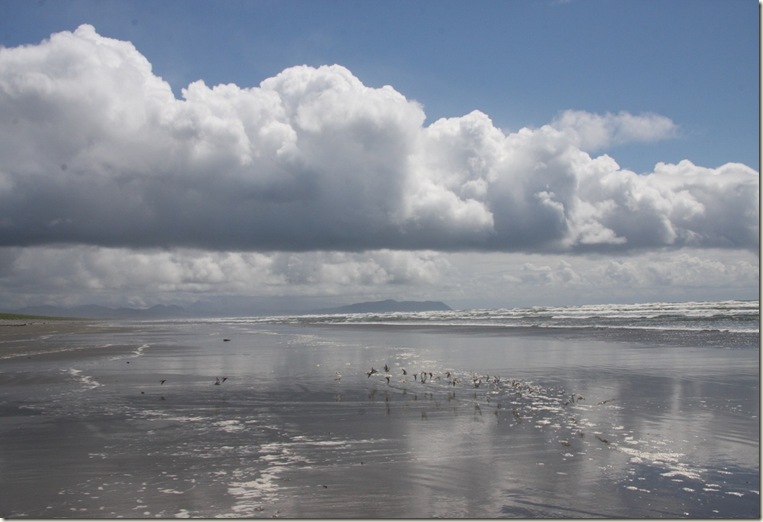 At the entrance of our campground, a woman was selling live Oregon Dungeness crabs from a tank. We picked one and asked the best way to cook it. She demonstrated the best way to “prepare” the crab on one that had already died. Being a little squeamish we asked to her to help us with ours. We took it back to the RV and had a great dinner.