May 28 - Sightseeing around Astoria

It rained most of the night but this morning the sun is out, although it is still a mite cool . There is a free pancake breakfast here at the KOA so, never being ones to turn down free food, we got into line with the other campers.  Essentially you get as many as you want, two at a time, with everything else being extra, like $2.50 for 4 strips of bacon or sausage, $2.00 for scrambled eggs, etc. The place is very busy now. 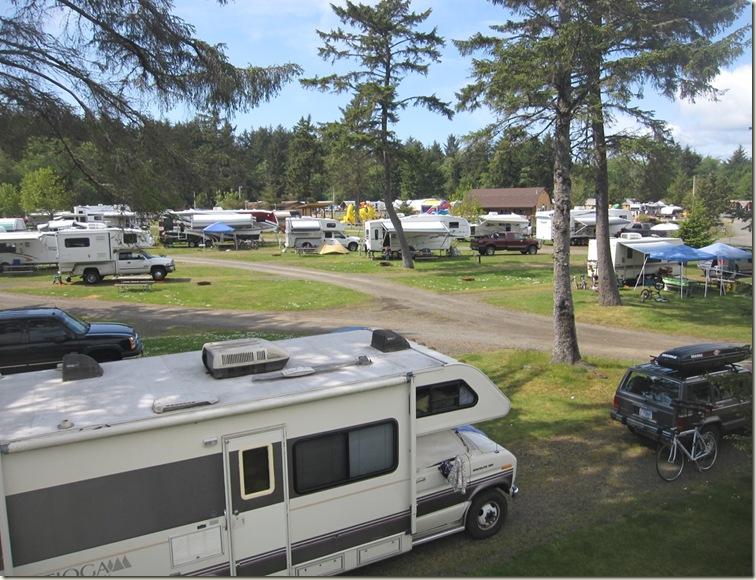 We drove down the coast a few miles to the town of Seaside to walk along the beach and “famous” Promenade.  The beach was expansive, the waves from the Pacific were rolling in fast, some people were in shorts and playing in the water while we were in windbreakers and boots.  Lots of broken sand dollars, crab and clam shells washed up on the beach.  Some of the waves were tinged brown due to the diatoms mixed into the water.  There were signs everywhere saying that the bacteria in the water is tested and safe but do not swallow. 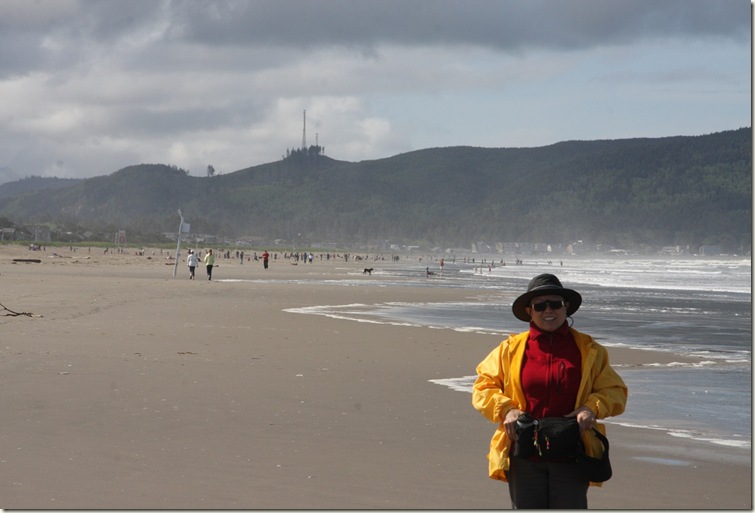 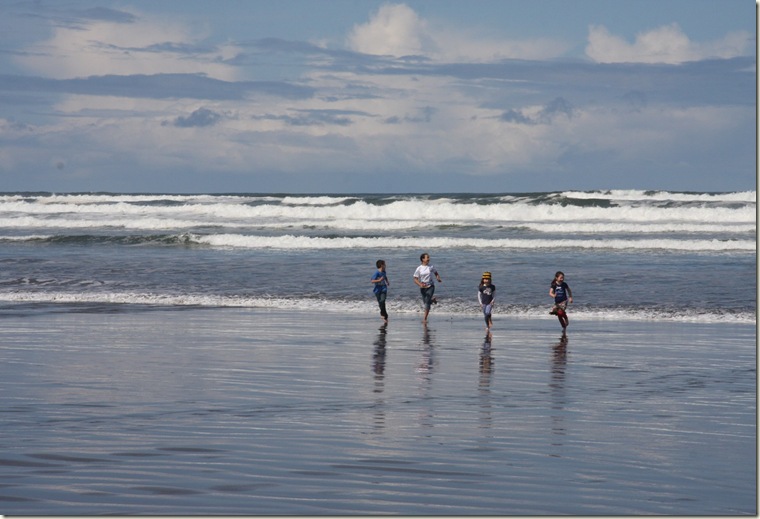 The promenade a was long sidewalk along the shore, filled mostly with hotels and condos rather than an interesting assortment of boutiques and eateries that I have found around most beaches. By noon we were done with Seaside.

We had read in the Lonely Planet books about a hike up Saddle Mountain just outside Seaside. They said it was very challenging (1600 ft vertical in 2 miles). We knew that would be too much for us right now  but there was a lookout part way up that we might try for. We got off the highway in bright sunshine and drove 7 miles UP a narrow twisty road to the parking lot. 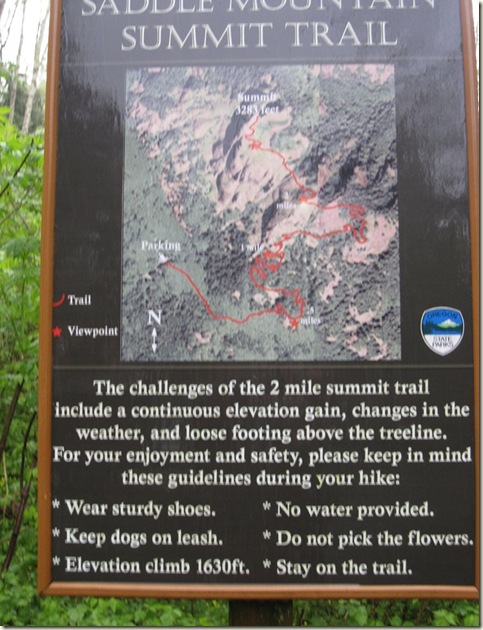 As we rose higher it got cloudy, then got very cold and started pouring rain. We decided there were more enjoyable things to do, took a few pictures and left. We could not believe there were people camping there. Back down at the highway it was bright sunshine again. 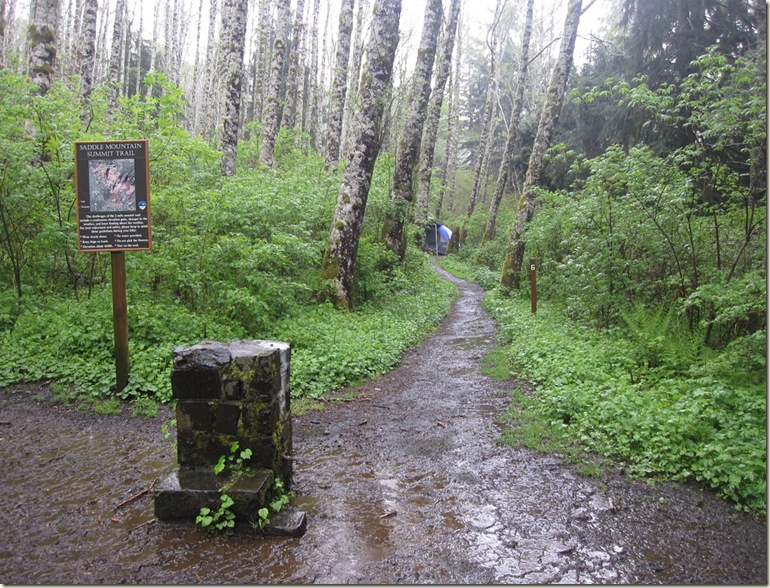 We drove to Fort Stevens which is a historic military site in the state park near our campground. It guarded the mouth of the Columbia River from early times and was actually fired upon by a Japanese submarine during WWII.  We walked around the old fort and looked at cannons. Since it was memorial day weekend there were some demonstrations and we saw and heard a cannon and a howitzer go off. 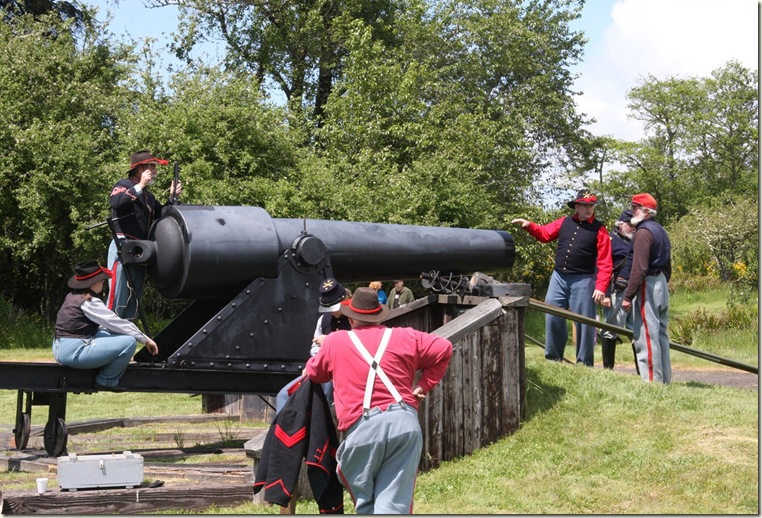 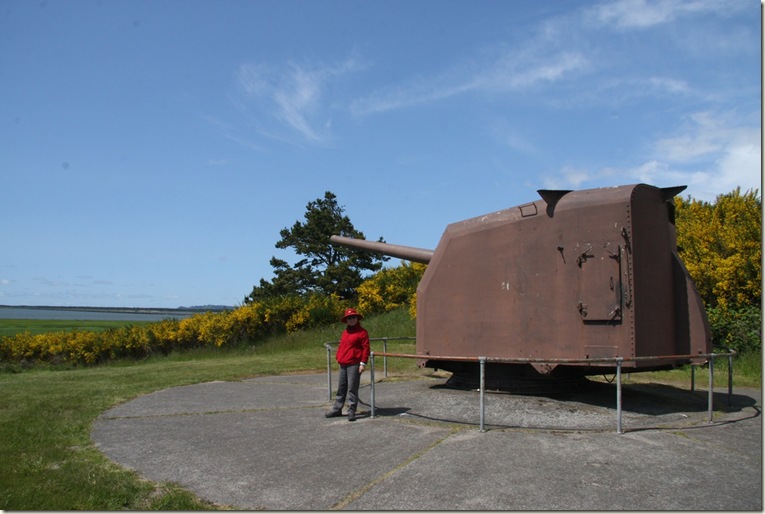 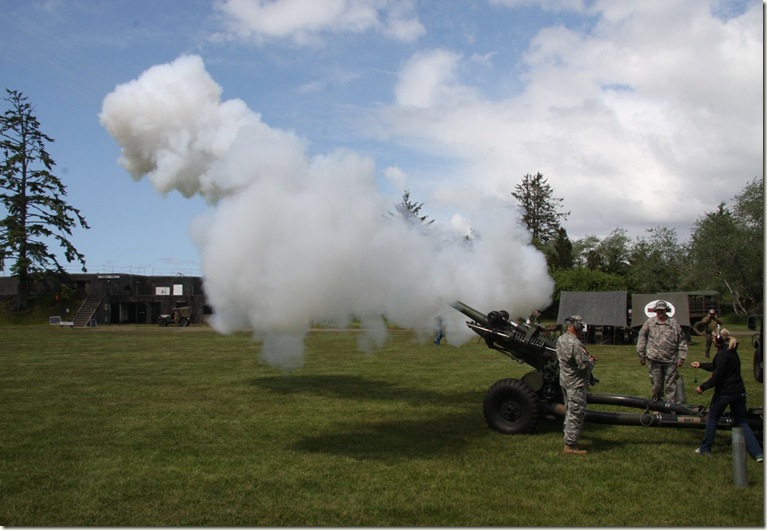