We are sort of running out of interesting trails on this side of the park that are within our capabilities.

The Kephart Prong Trail is another one known for wildflowers that runs up alongside a creek. It goes 2 miles in to overnight backpacker shelter.

It is another trail that the books said is jammed in the summer but it was empty now at mid morning. 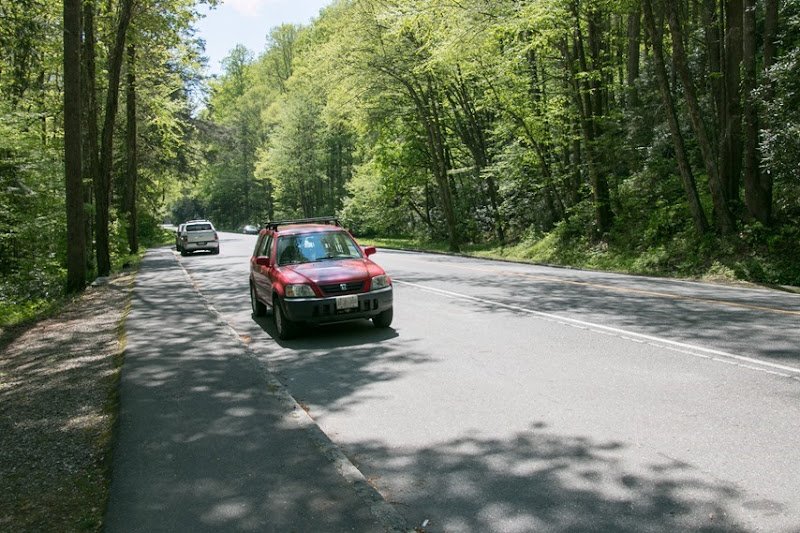 The trail is an old railway bed so it was wide and not very steep. 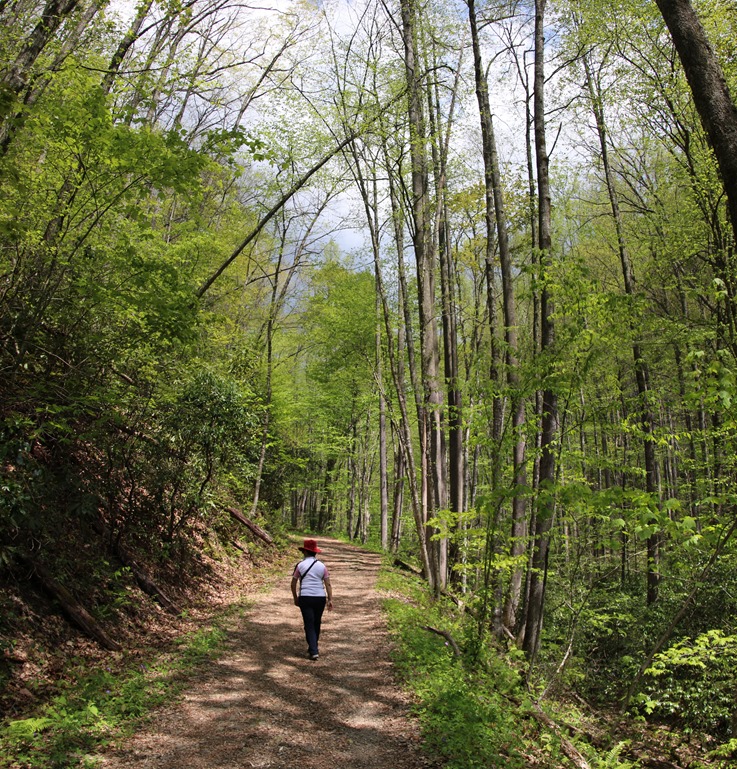 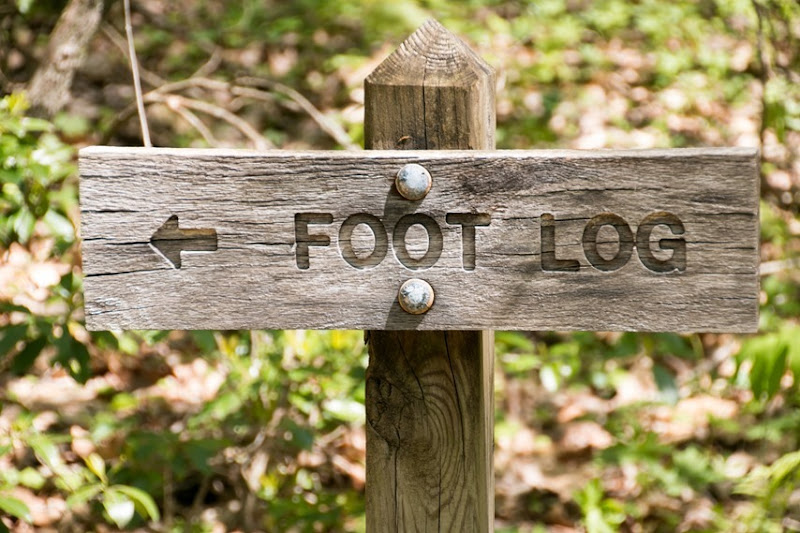 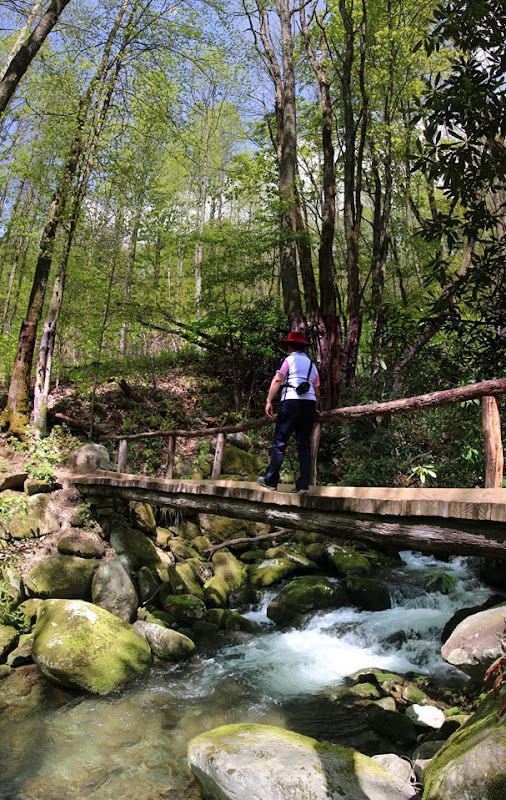 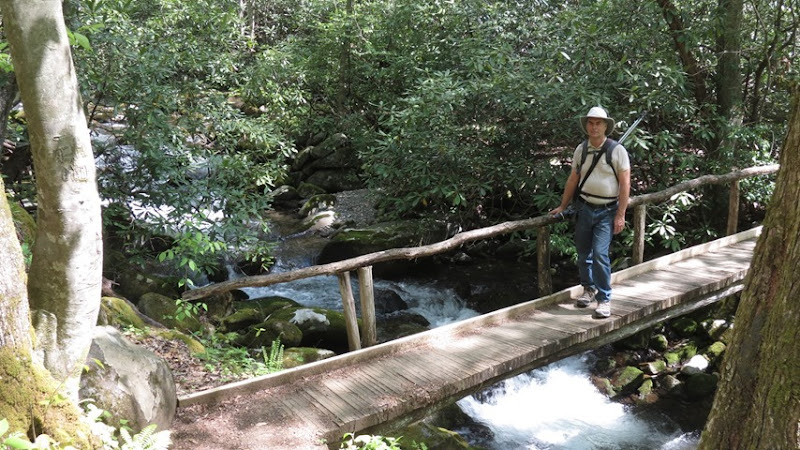 There was the remains on an old work camp for the people that had originally built the park trails during the depression. It looks like it had a pretty fancy entrance sign. 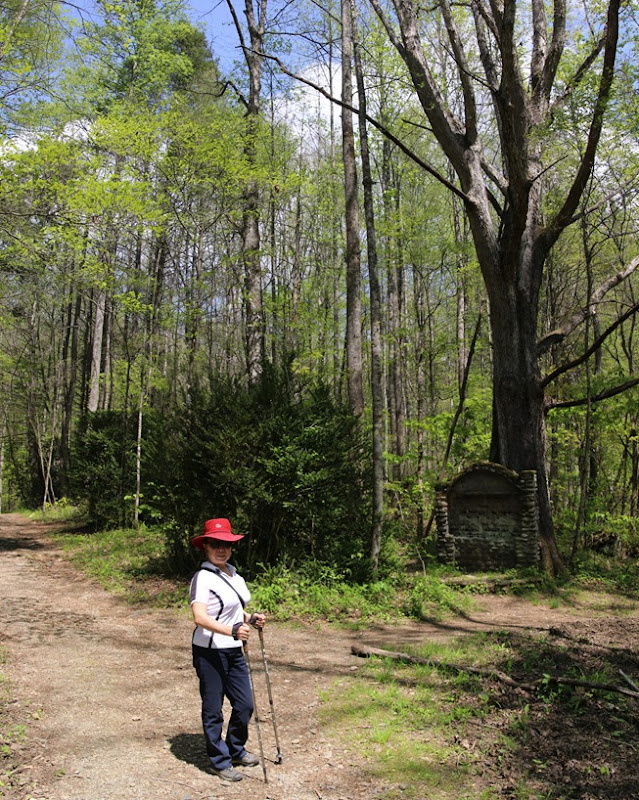 The were lots of wildflowers beside the trail but they were almost all Phlox and False Geraniums. 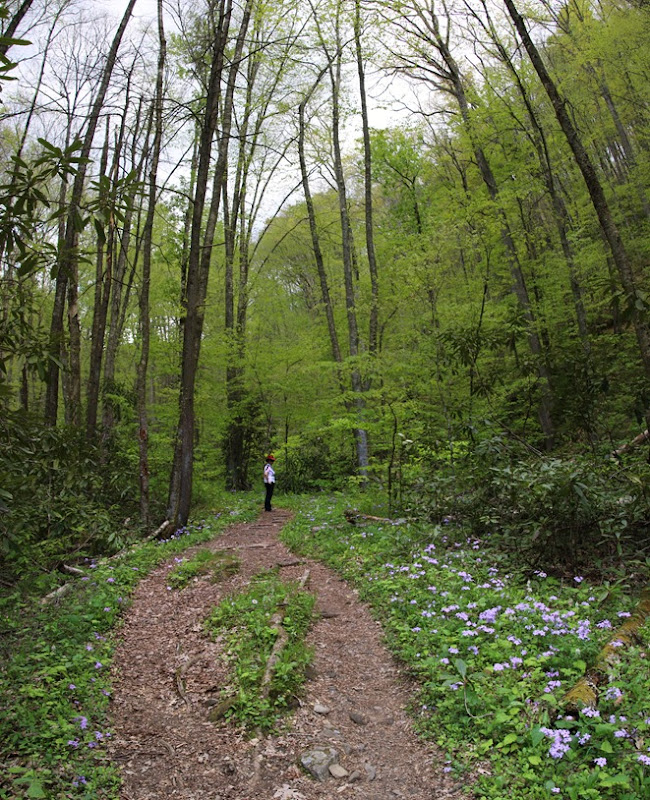 You had to look really hard to see the other tiny flowers. 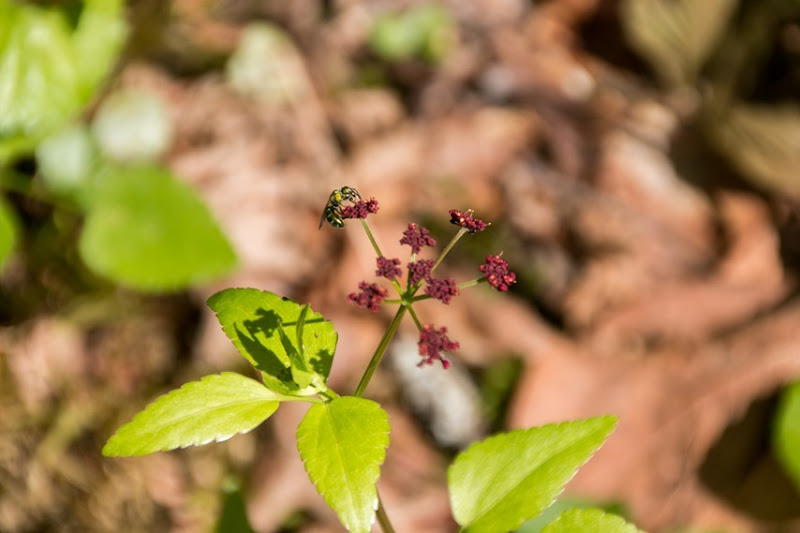 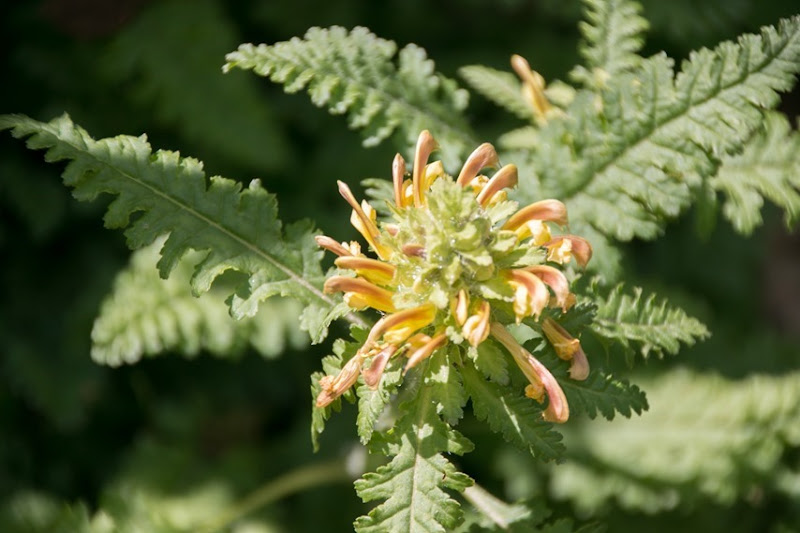 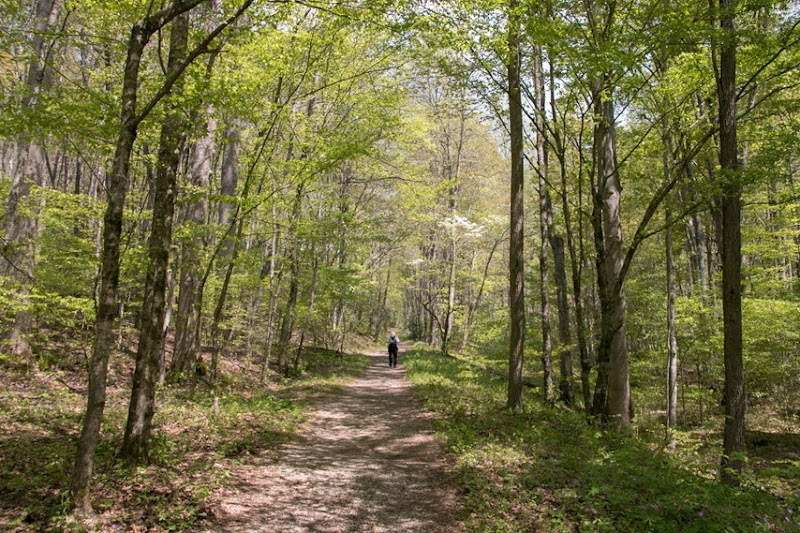 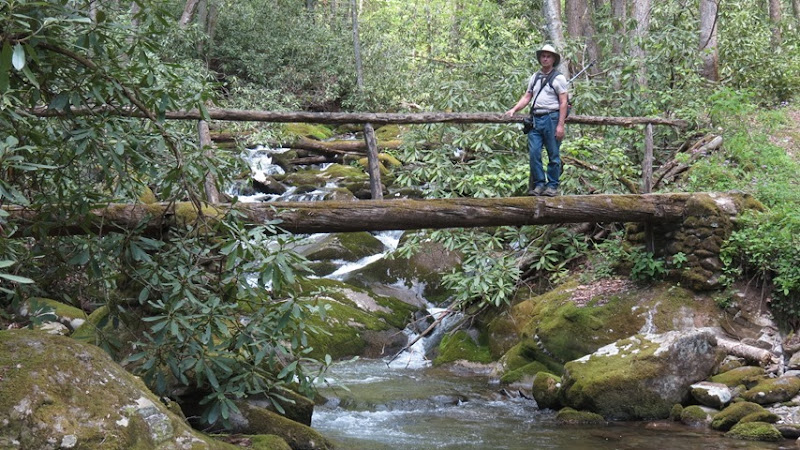 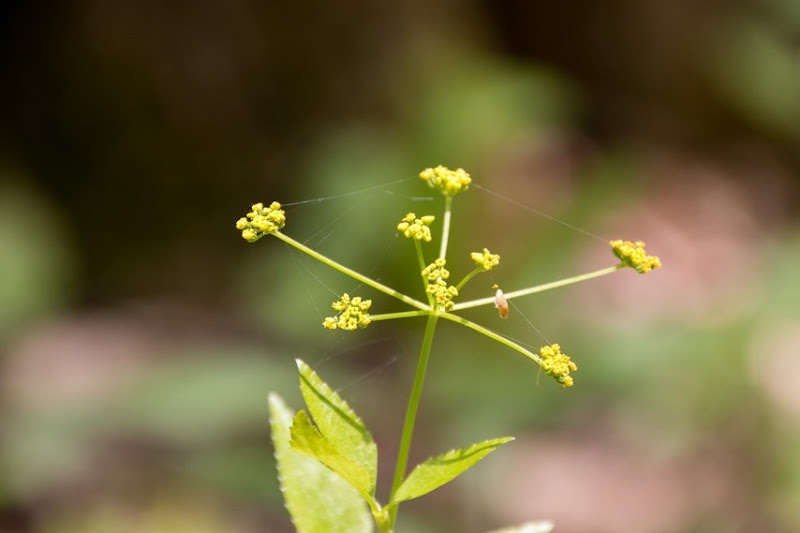 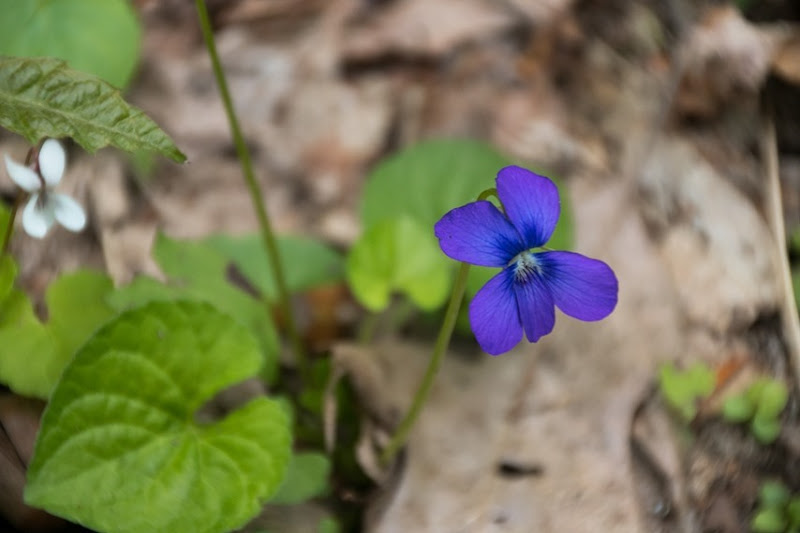 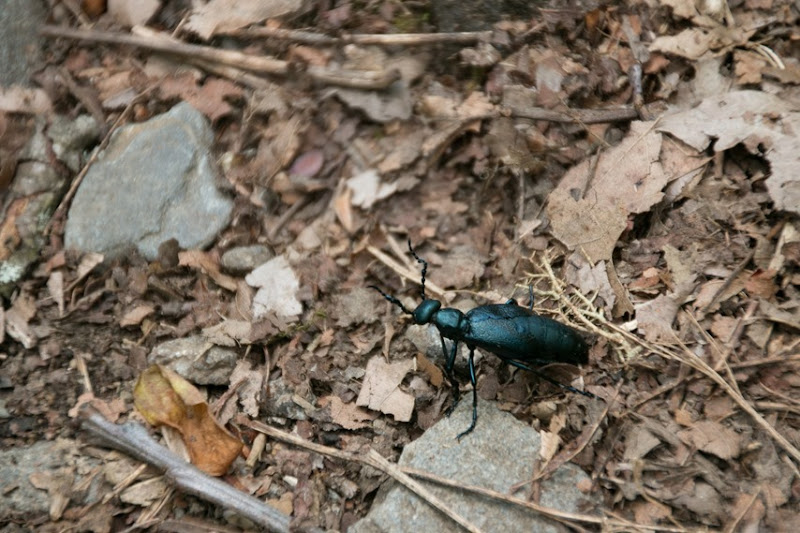 We saw a grand total of two other people while we were on the trail. 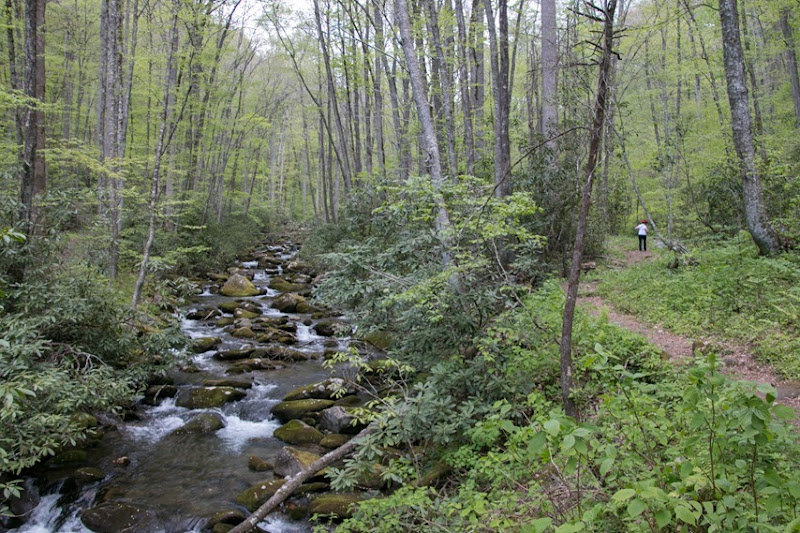 After what seemed like a long time to us, the trail started getting narrower and rocky. I opened up the GPS app and discovered that we had only gone about a mile.

We couldn’t come up with any good reason to go on other than to get more exercise.

We could come up with a bunch of reasons not to.

1. There was nothing special at the end of the trail that had to be seen.

2. The sky was darkening and we didn’t bring rain gear.

3. We didn’t really need any more exercise this week.

4. The trail was actually kind of boring.

So we turned around.

Just down the road from the trailhead, there was a picnic area where we stopped for lunch. 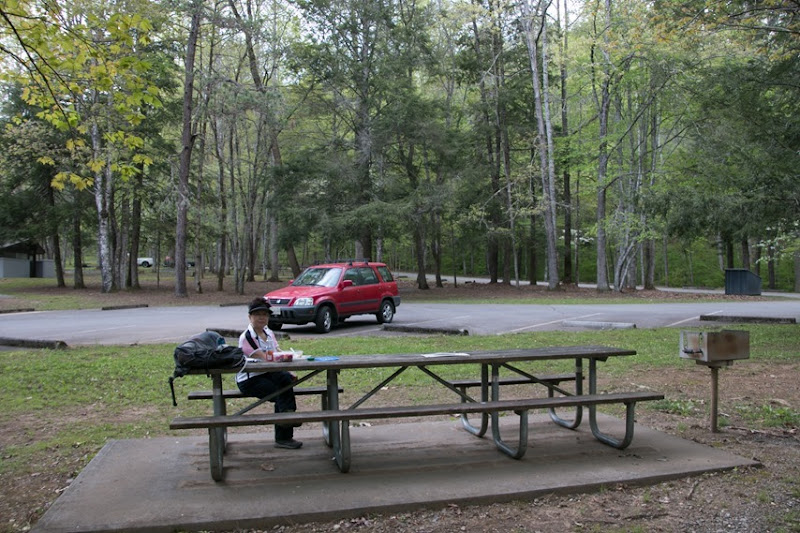 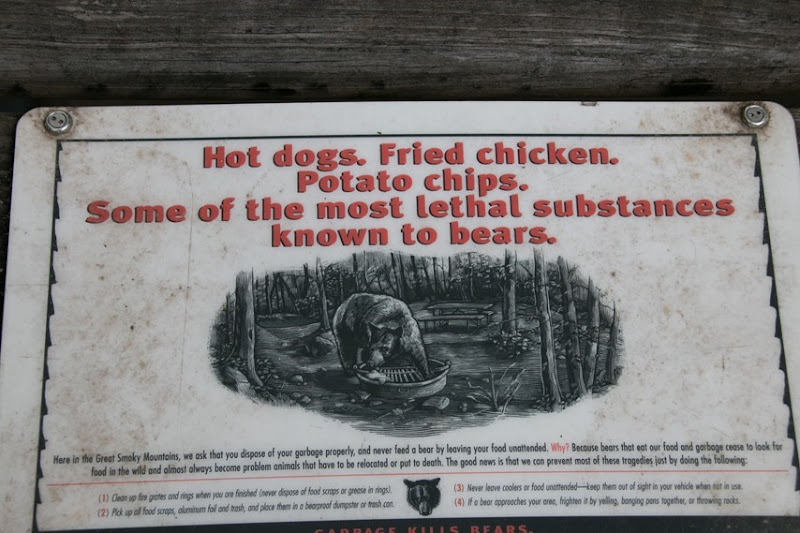 As we were driving back on the busy Newfound Gap Road we had to go around a tree that had just fallen. It’s a good thing we weren’t in the motorhome. We would probably have had to wait for it to be cut down. 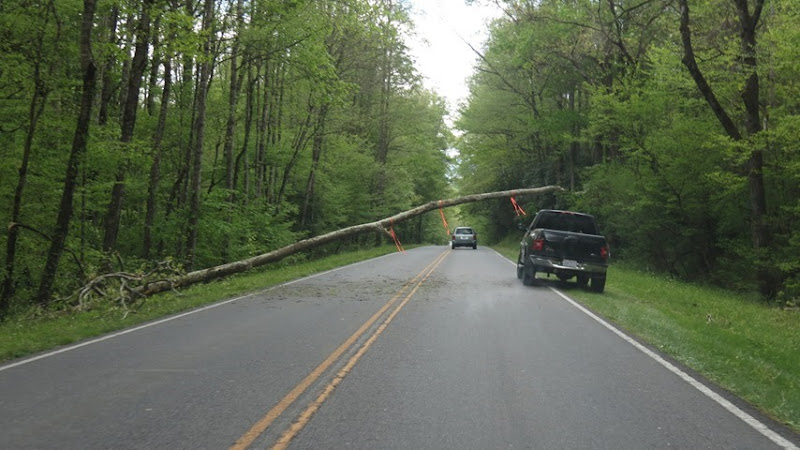 After we passed it, we saw three ranger trucks and a police car heading up to get it removed.

I think we will take tomorrow off, even if it is a nice day. We are getting a bit burned out.