During the night it had rained and we were uncertain if it would continue precipitating some more.  Whatever the weather we have all our coats, hats, mitts, scarves, raincoats, etc. in the CRV, ready to don for the any conditions.

We drove down the coast to travel the “Three Capes Scenic Drive”. First stop was Cape Mears and a restored lighthouse. 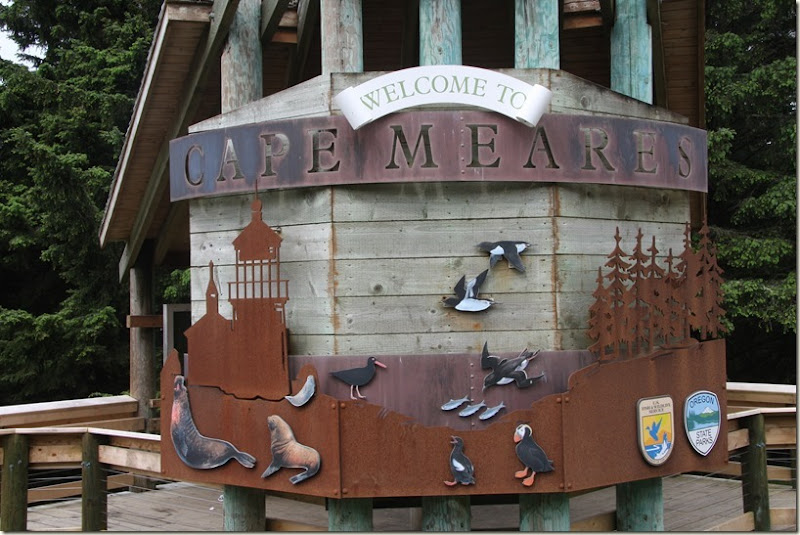 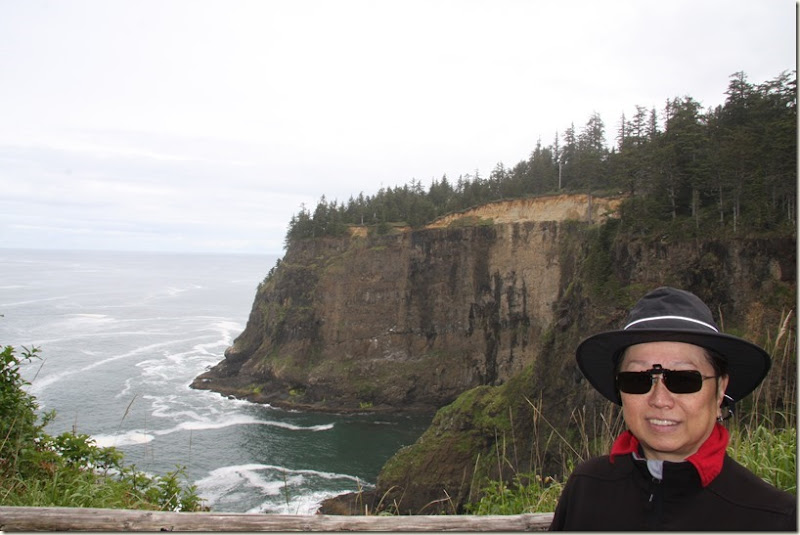 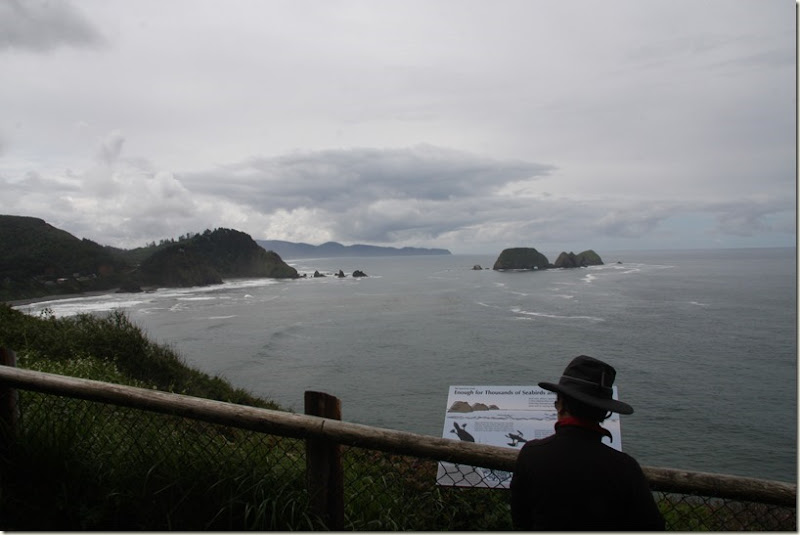 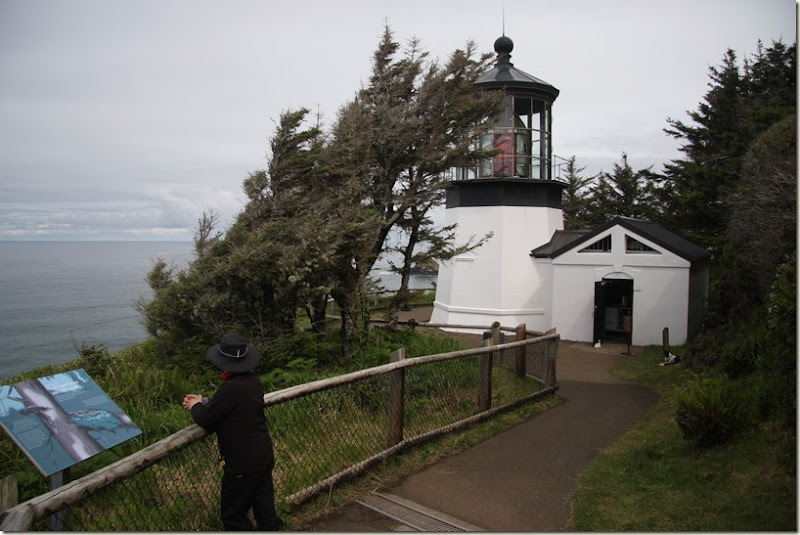 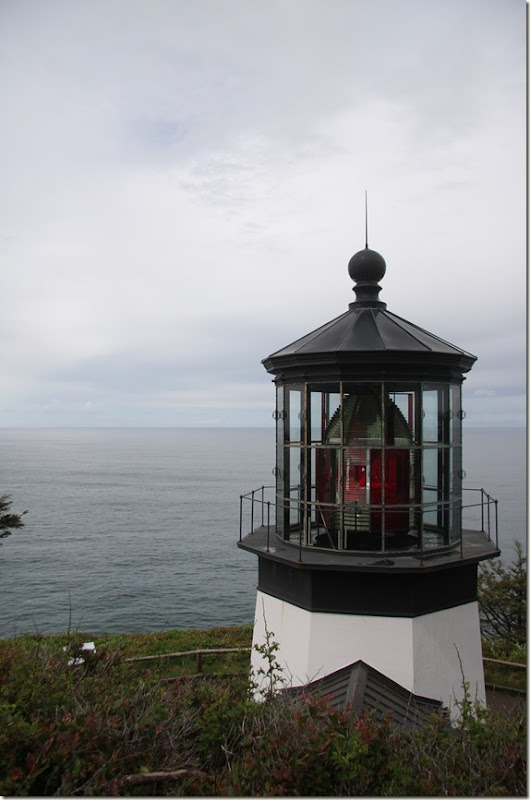 When they decommissioned the lighthouse in the 60’s they just locked the door and walked away. So of course people broke in a took everything including most of the lens. When they decided to restore it in the 80’s that actually recovered most of the pieces. The lady said every year they still get people bring back pieces which they accept no questions asked.

Tourists used to be able to go up right next to the lens but then last year some teenage idiots took a rifle and put about 30 shots into the lens. They broke most of the outside windows and one section of the lens which you can see broken in the picture below. They actually caught them and they had to pay restitution, do community service and spend 2 weeks a year in jail, corresponding to the day they did the deed, for 3 years. 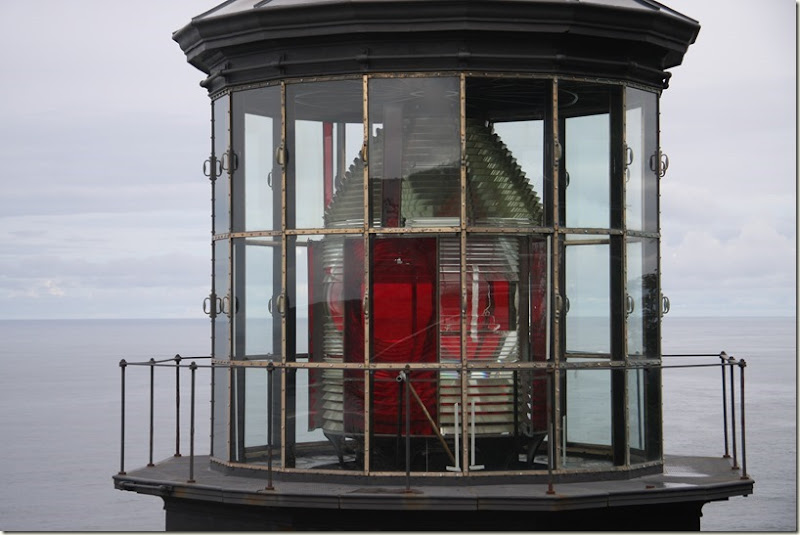 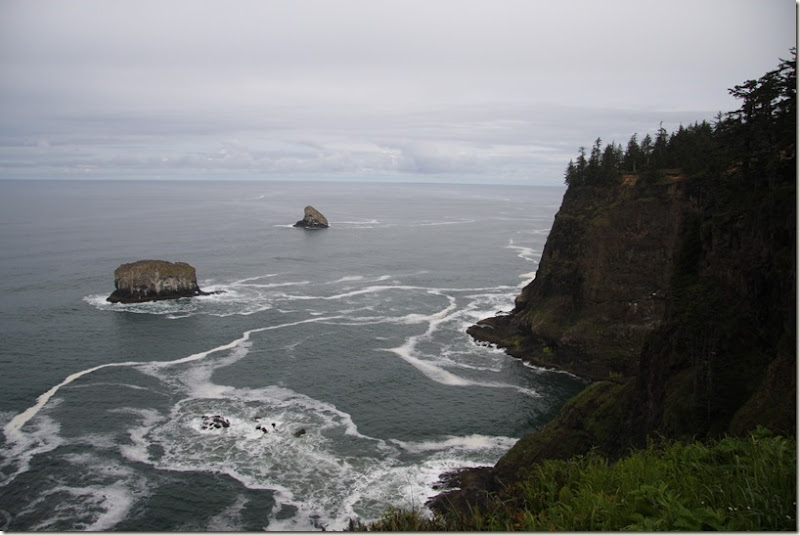 Next up was Cape Outlook State Park. First we checked out the beach. 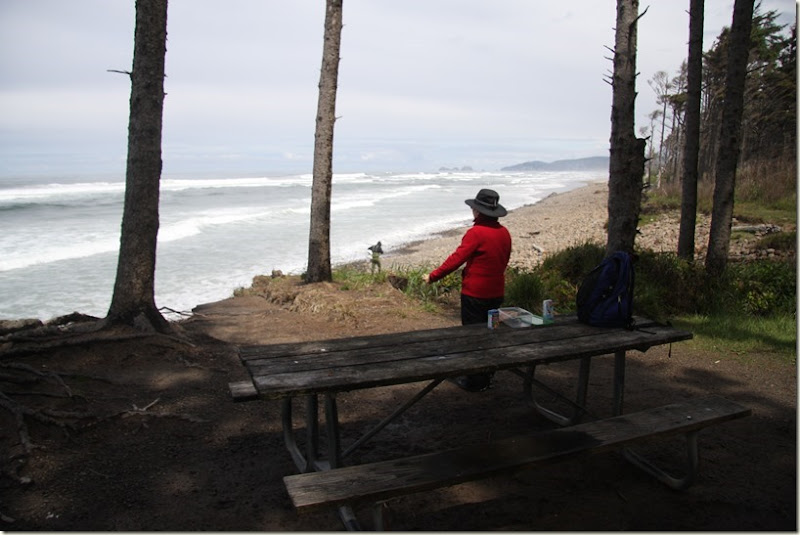 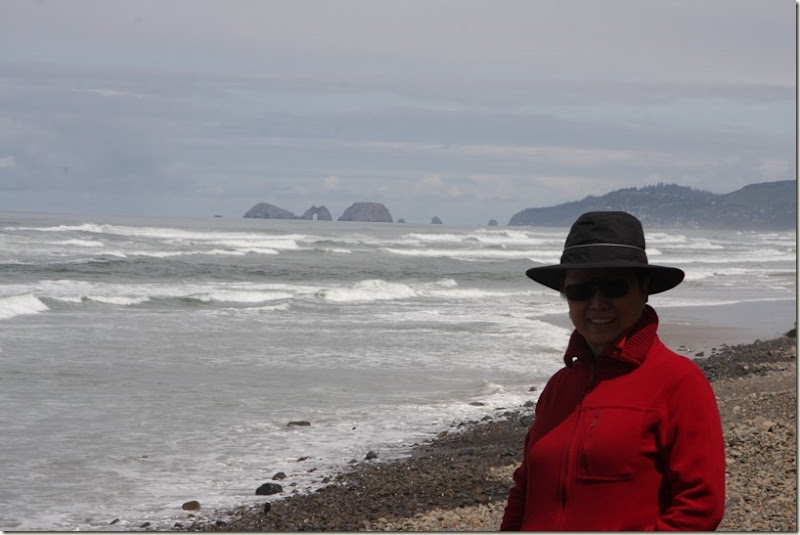 We spent the afternoon hiking the second cape trail at this park. This is a 5 mile out and back hike to the end of the cape. 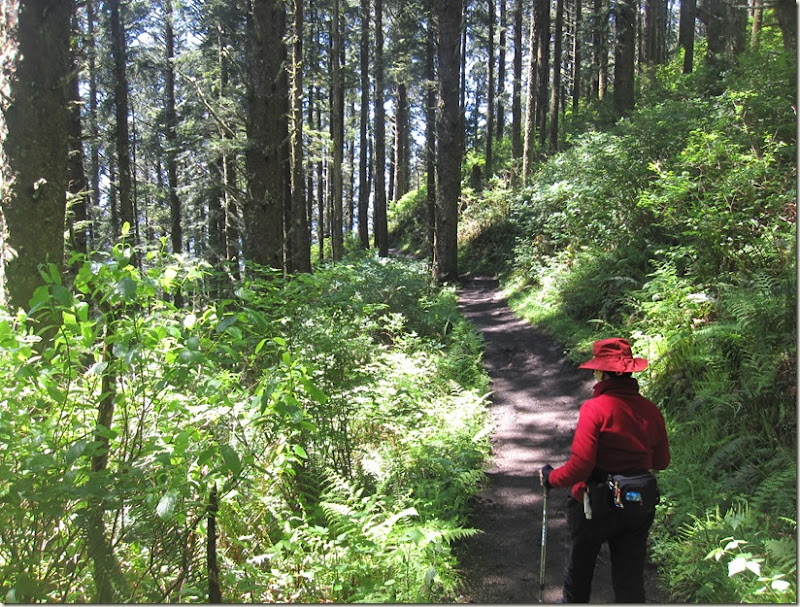 By now the weather was beautiful with bright sunshine and great hiking temperatures. The views were great as the trail hugged the edge of a cliff as worked our way out. It was hard to judge how high up we were but I would guess about 300 feet almost straight down. 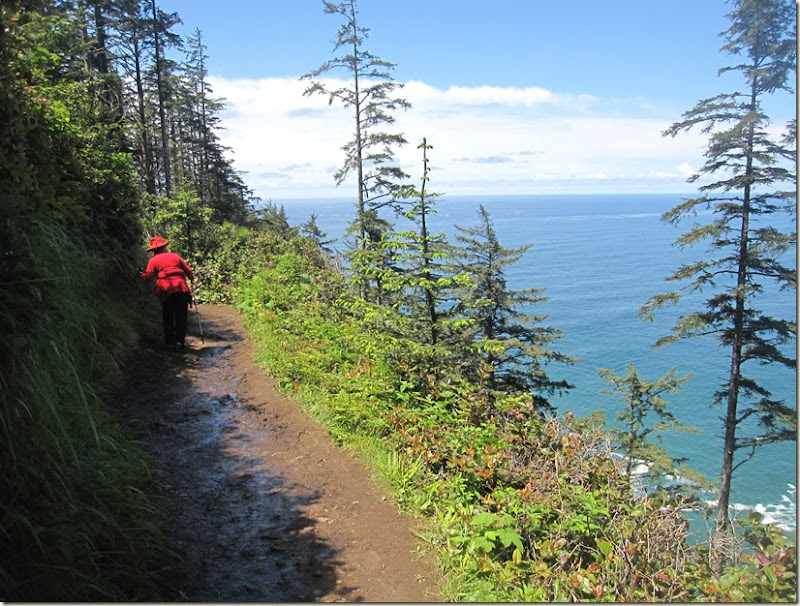 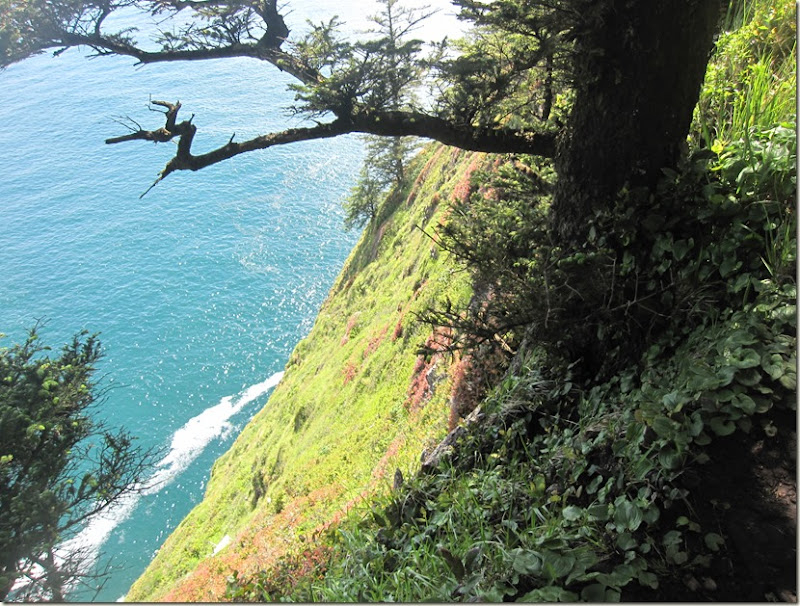 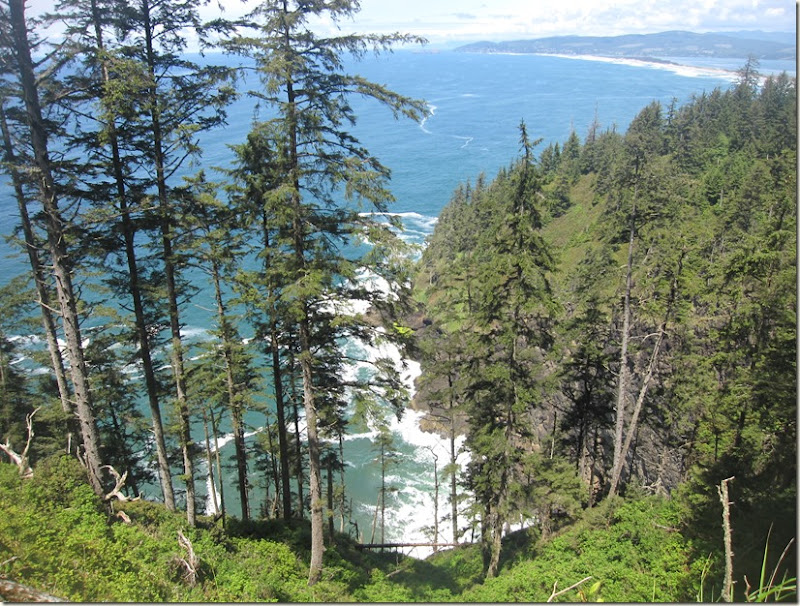 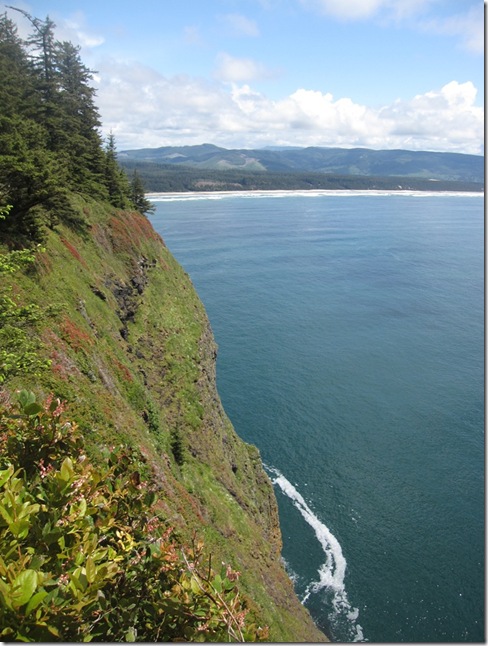 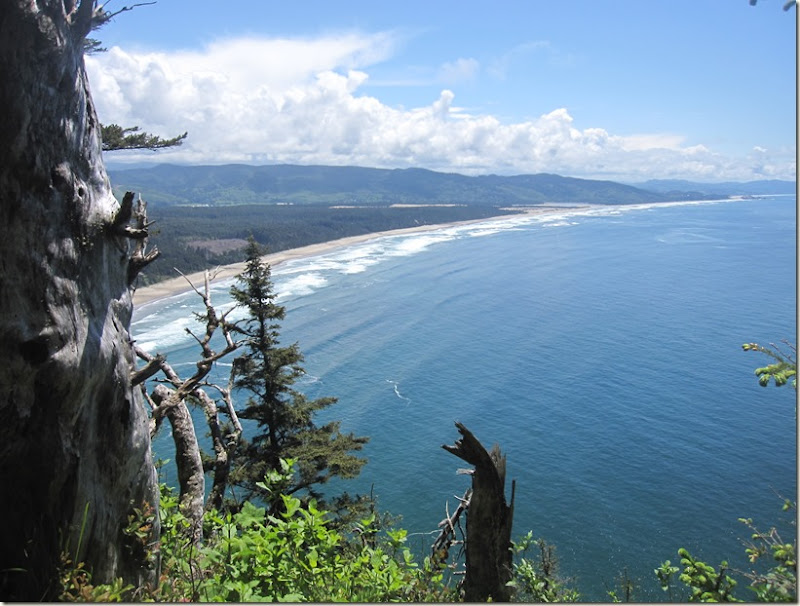 The problem was that due to the previous rains any low spots (and there were lots) were giant mud holes. We wasted a lot of energy climbing up grassy banks, looking for stepping stones and scrambling over roots just to avoid the puddles. 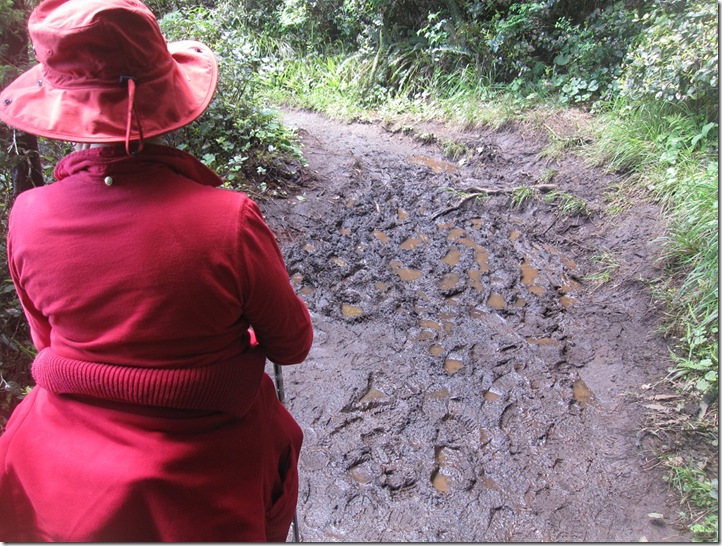 When we got to the lookout at the end we had a snack and a long rest. We were blessed with the sight of a grey whale who surfaced a few times, then flapped his tail and disappeared but it was too far away to get pictures.  Now we have sighted whales on both the Atlantic and Pacific coasts. 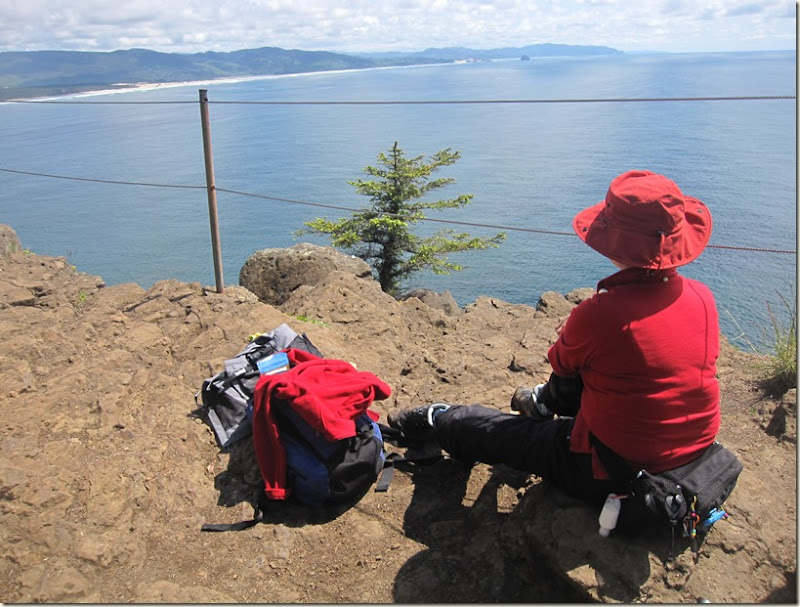 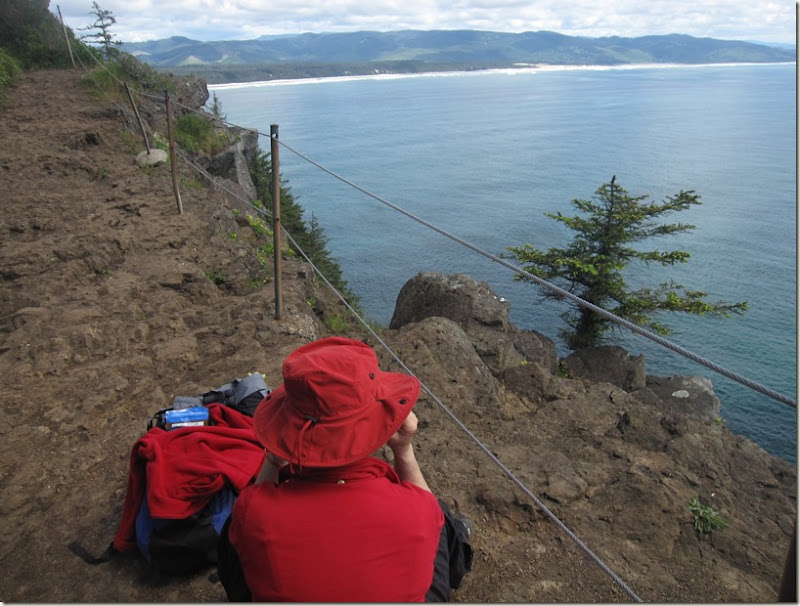 Quite a few people did this hike, some in hiking sandals, others in regular running shoes and some like us in proper boots but this was treacherous walking if you did not want to fall.  Some had kids in backpacks. One elderly couple even had two little dogs. Everyone had wet, mud coated footwear. 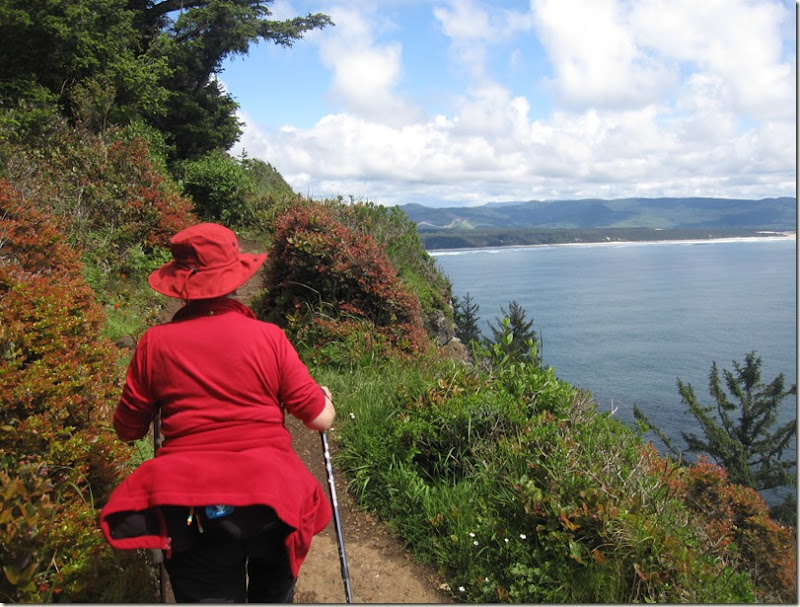 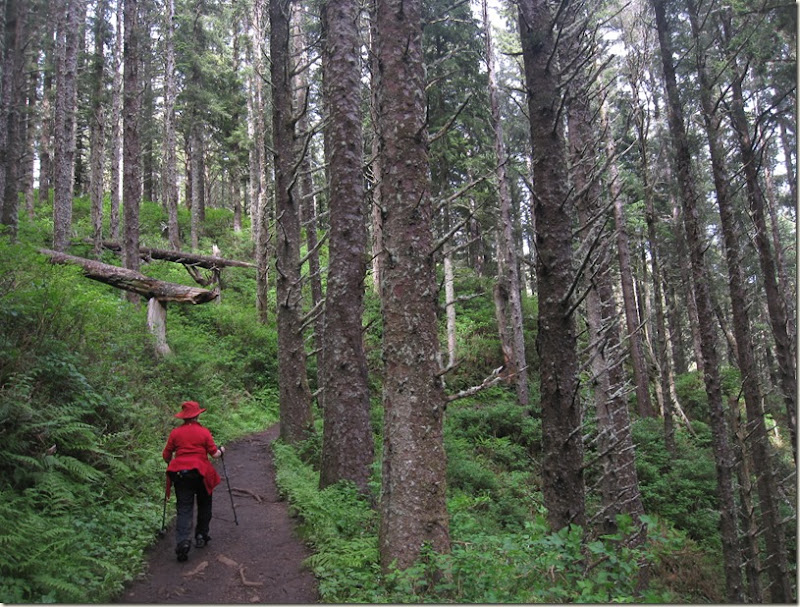 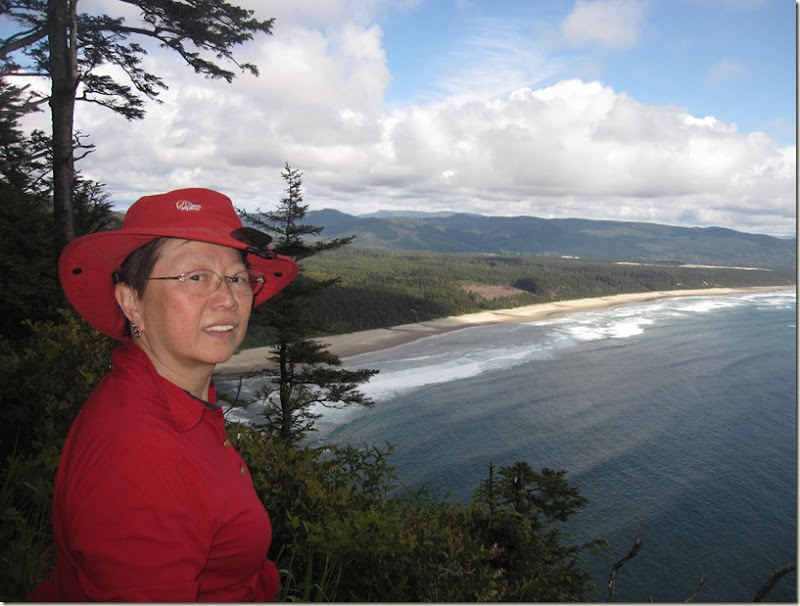 Once back at the car we were completely beat. We skipped the third cape and headed home to collapse.