Our next major destination is Fairbanks but it is too long a trip for one day so we just completed the last section of the smaller Taylor Highway south of Chicken, to get us back on the Alaska Highway.

It was also kind of a gloomy day although not terribly cold. Light to quite heavy rain all day.

We were still on dirt road for a short while but then the pavement started. It wasn’t great pavement but at least there were lines and some shoulder. 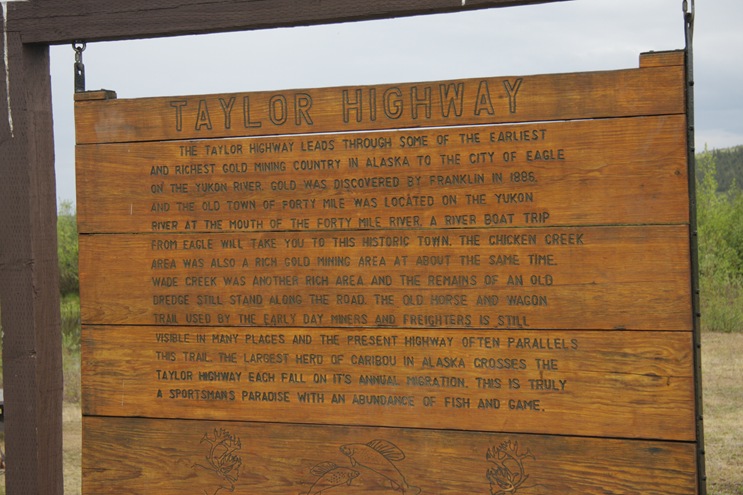 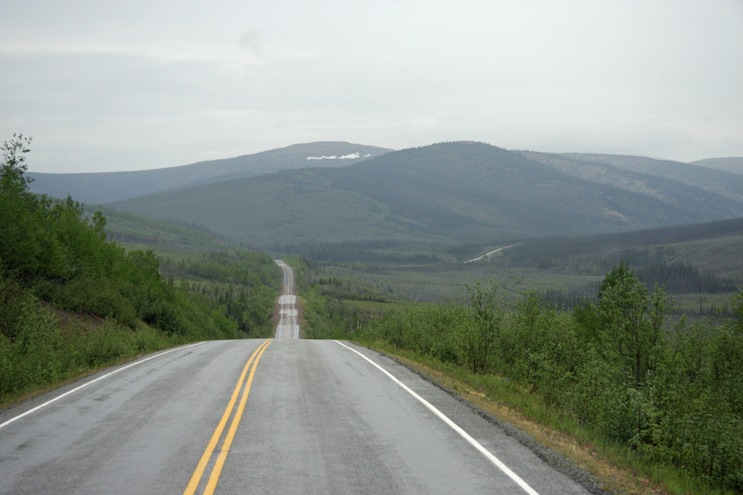 There were still lots of broken up and even gravel sports. I have just learned that whenever the pavement changes colour to just slow way down. There were also lots of very steep climbs and 6 to 9% down hills. Even though it was only 100 km back to the main highway it took us more than 2 1/2 hours. 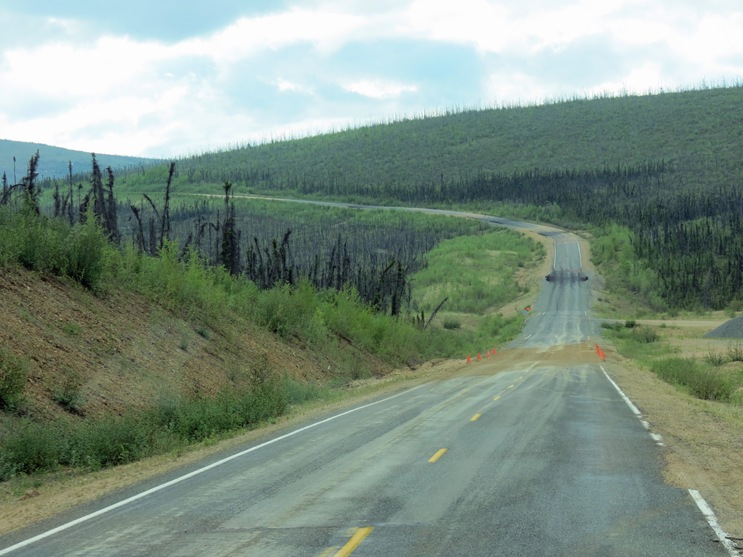 Most of the forest seemed to have been burnt at one time or another. It was hard to tell if it was recent or things just take a long time to recover. 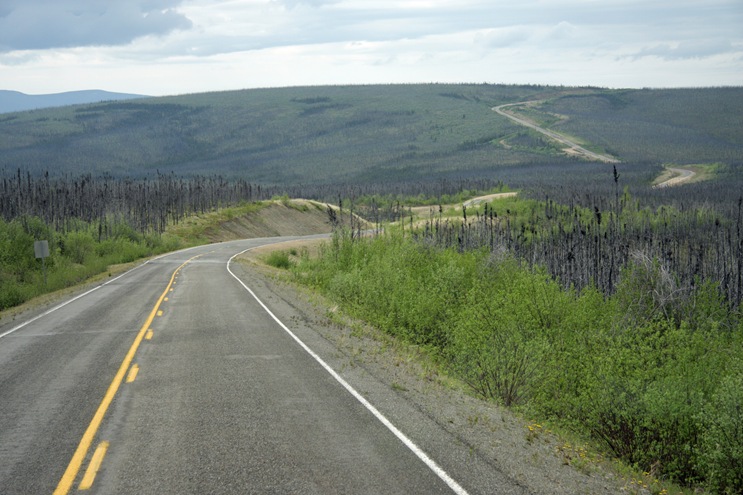 We stopped at a pull off for a break and there were 3 of these identical rental RVs. They each had numbers taped to them so they must be part of a caravan. As we continued on, about 6 or 7 more passed us. I don’t think they will have much fun driving the Top of the World Highway today. I was told that it can get very muddy, slippery and sometimes quite treacherous when it is wet. 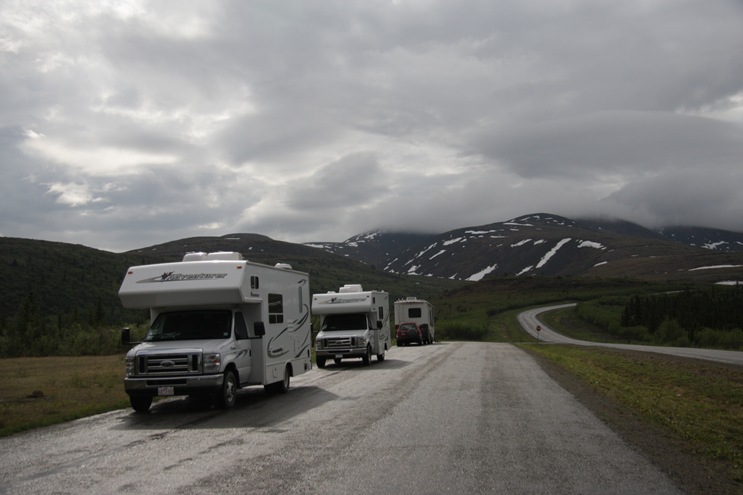 We got up high enough for some far off views but no mountains.

What bliss it was to get back on the main highway, even for the few kilometers from the turnoff to Tok. So smooth. 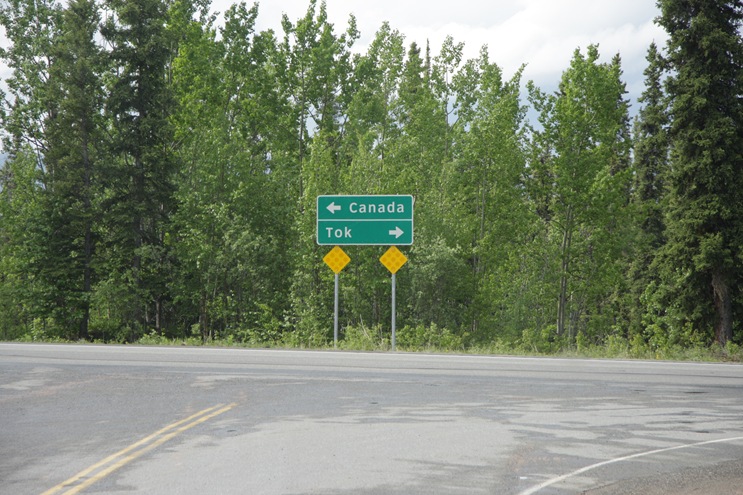 Tonight we are in a nice treed site in a place called the Sourdough campground. The WIFI is only available around the office which is kind of annoying but Jennie lucked out once again and the Shaw satellite is visible through a tiny slot in the trees. You can see how low the satellites are by where the dish is pointing. 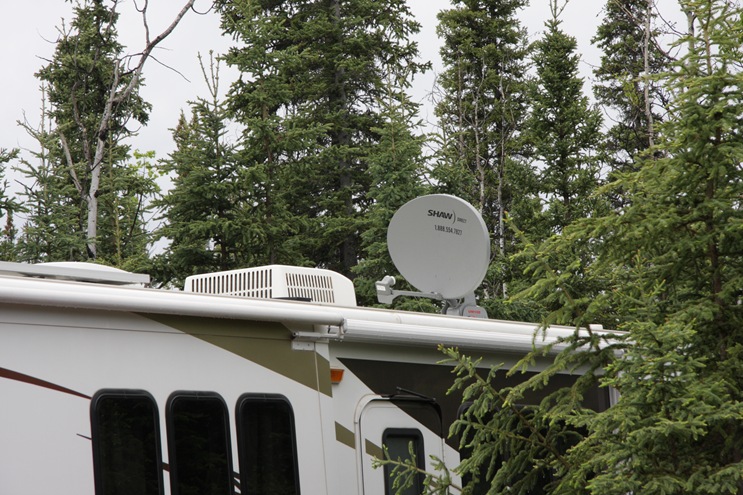 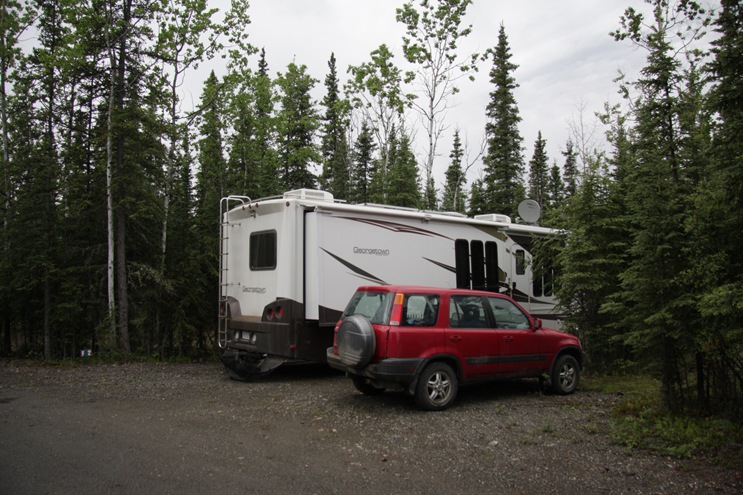 We had dinner at the little cafe associated with the campground. OK sourdough bread chili bowls. 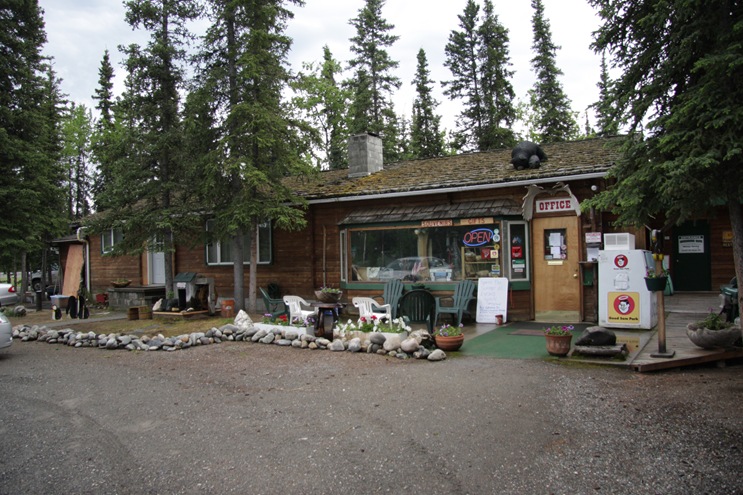 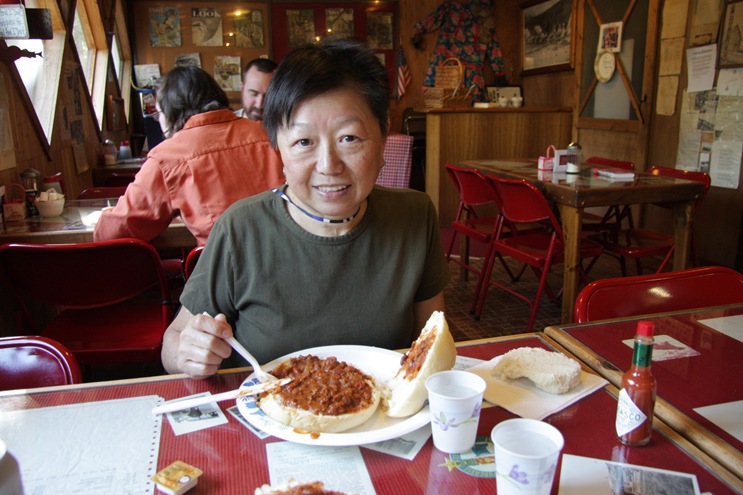 Each morning this place puts on a sourdough pancake breakfast. The previous night they hold a contest. Anyone that can throw a pancake into a bucket about 15 feet away gets a free breakfast. You get two tries. There were a lot of mosquitoes tonight so Jennie stayed in but I went over to check it out. 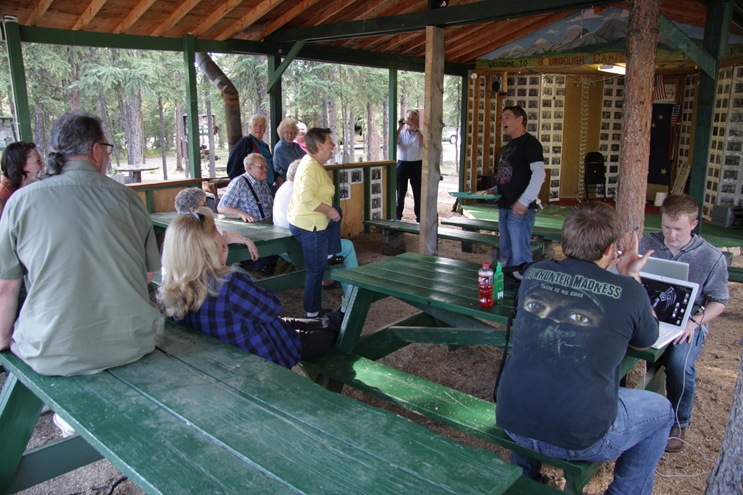 There were two winners but a whole lot of misses. I tried to throw like a Frisbee but they curved very wide. I think the strategy was to bunch it up like a ball. 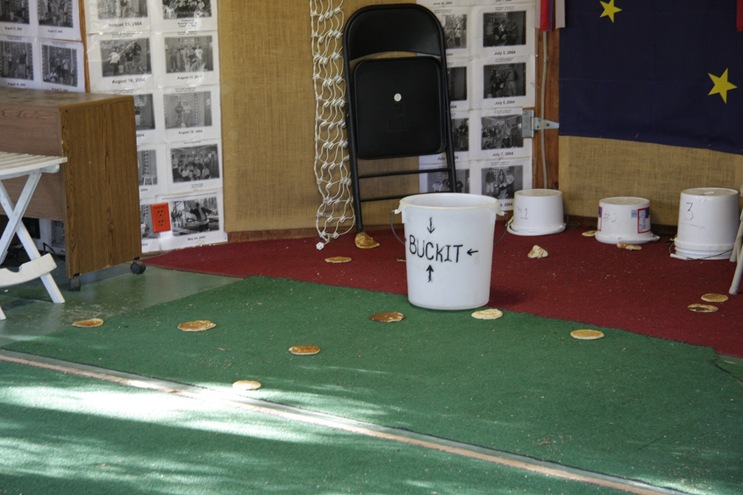 Some people got a second chance if the partners would hold the bucket on their heads. 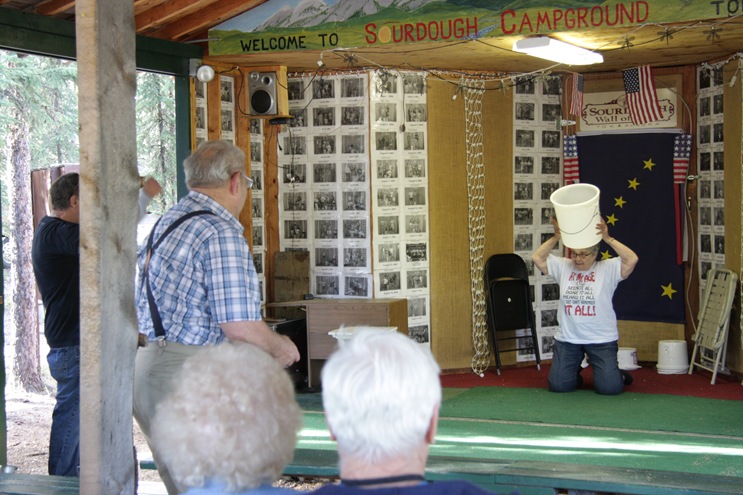