We had had several busy days in a row and it was time for a break. The scenery at the campground was very boring so we moved on a short way.

I had read in many other people’s blogs about them just pulling off the highway and spending the night at one of the scenic viewpoints. As long as it is not signed as no camping you can stay for free. Since we are soon leaving Alaska I decided that today was the day. I used our guide book called The Milepost, which lists every attraction on every highway in Alaska and the Yukon, down to every pull out and viewpoint scenic or not. I found one about 100 km from where we were.

As I said in the previous post the weather was kind of gloomy this morning. The highway goes along the edge of Wrangell St Elias National Park but the clouds obscured most of the mountains. It did improve through the day.

We first stopped at another viewpoint of the Copper River. 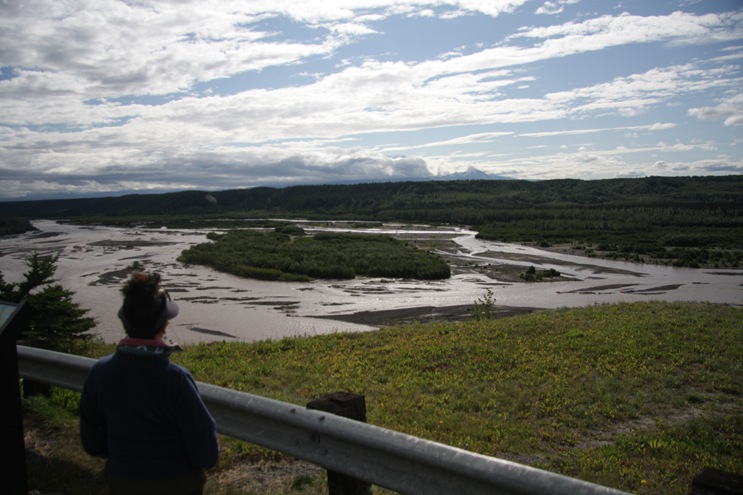 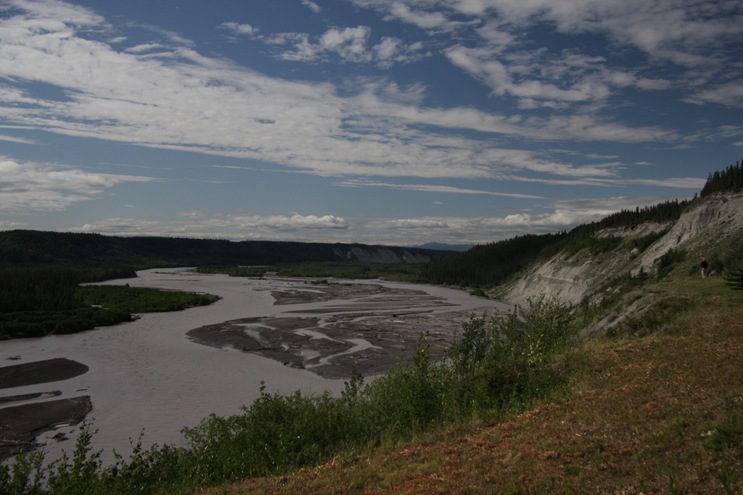 There is a mountain behind the clouds in the distance. 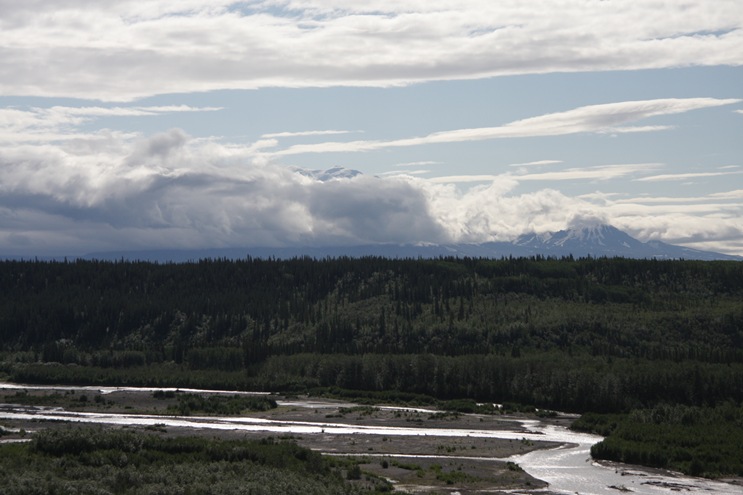 Jennie is always checking out the local flower population. 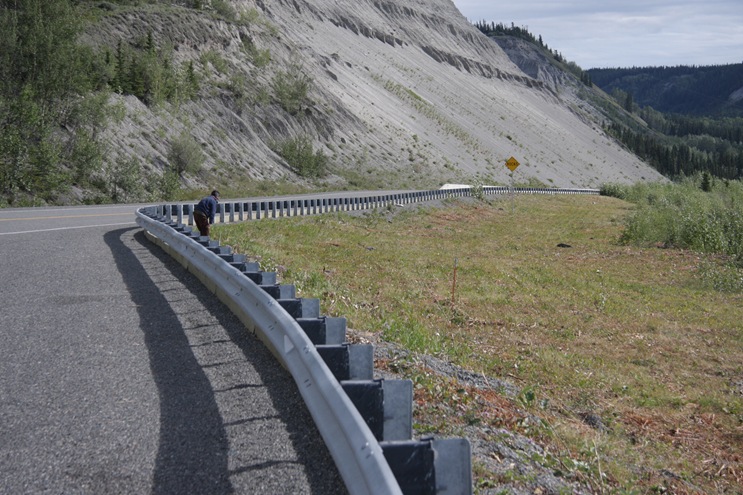 We moved on and here is our “campsite”. 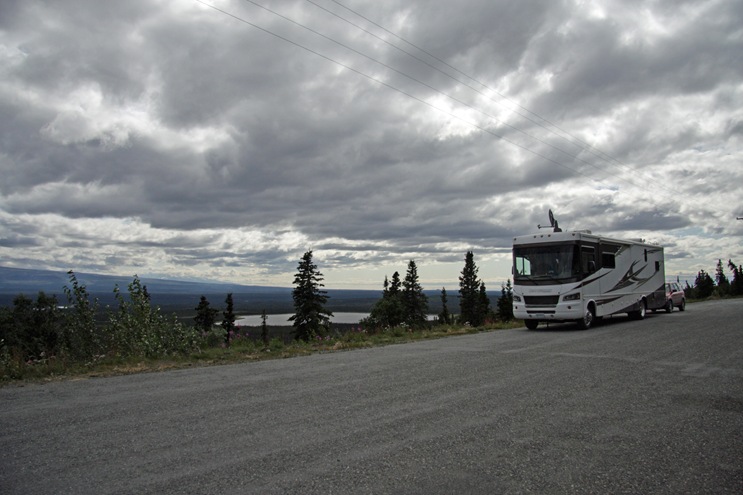 I love the view through these huge side windows. While trying to work on the blog or read, I mostly just turned and stared out. 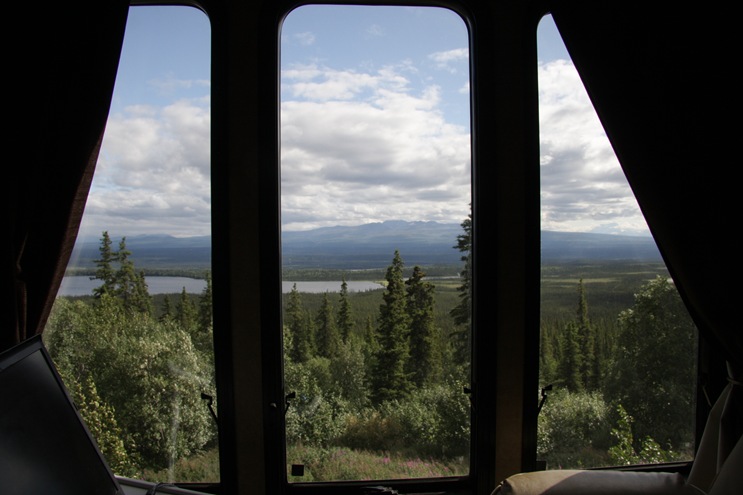 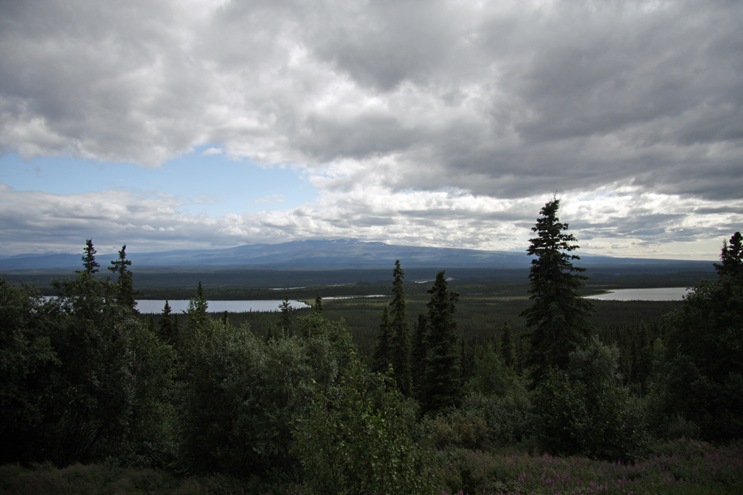 Through the day it got clearer and clearer. Three mountains revealed themselves.

They look kind of small when I zoom out to get them all in one picture but in person they seemed much larger and closer. I climbed up on the RV roof to get this shot without the trees in front.

Mount Drum to the west. 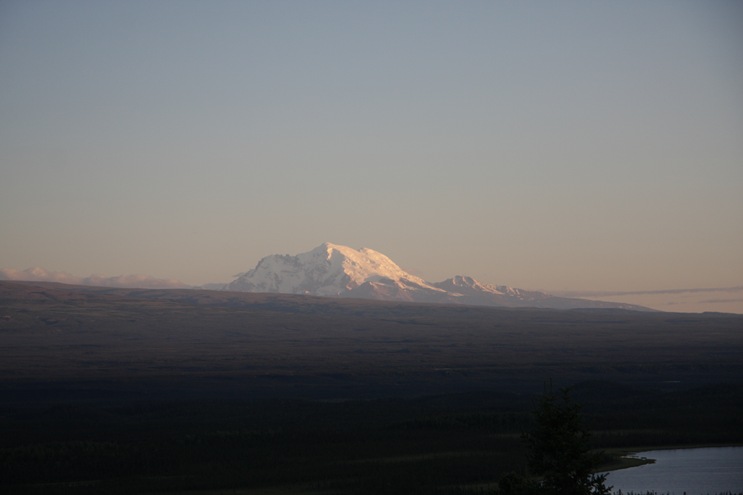 16000 foot Mount Sanford looming over the smaller foreground mountain in the center. 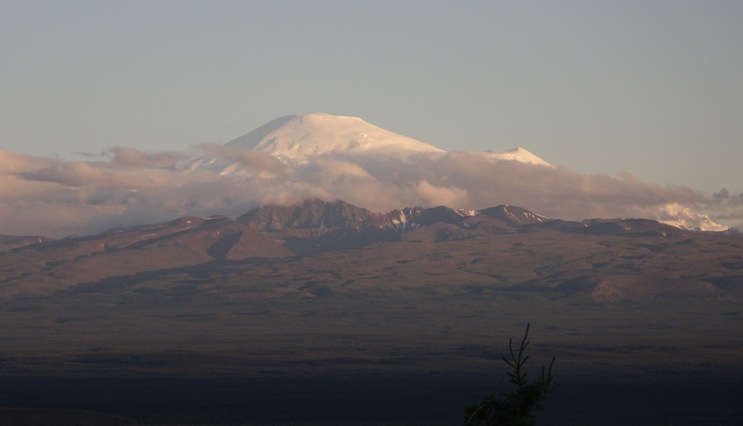 And the moon over 1000 foot Tanada Peak to the east. If you use your imagination, you can just see its top through the two cloud layers. We could see bits of it in and out of the clouds all day. 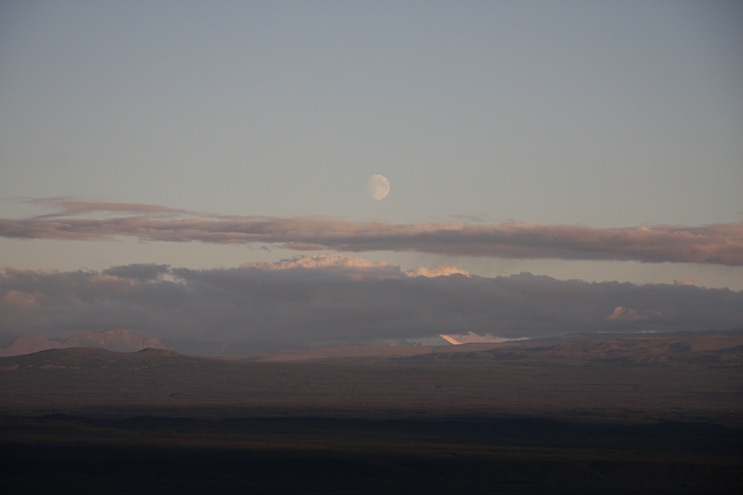 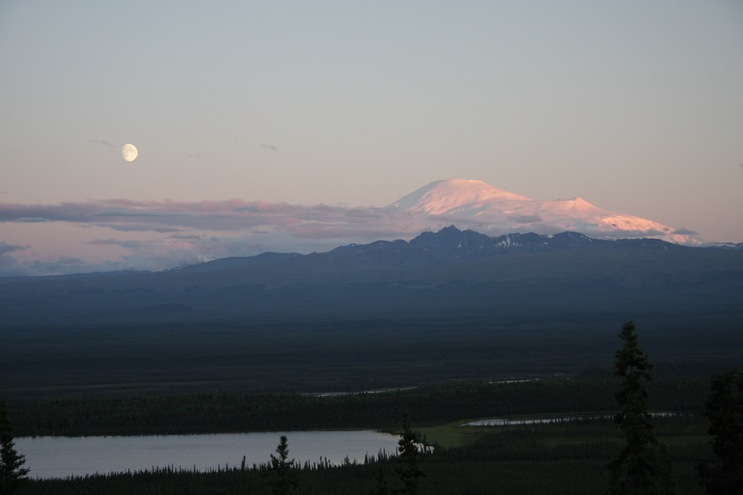 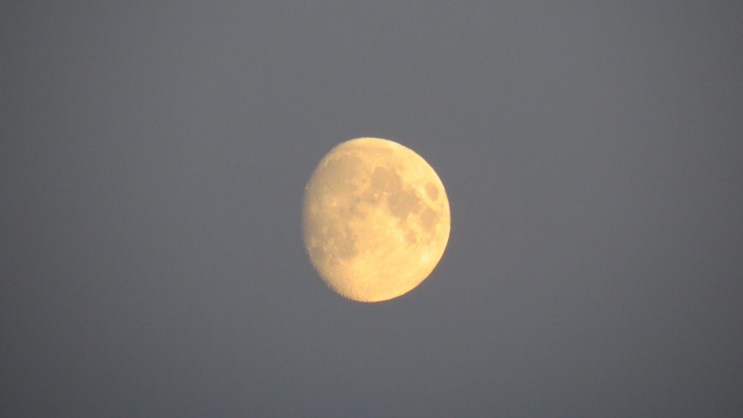 I think it is the best site we have ever had, certainly better than any campground.  The pictures just don’t do it justice.

We should have done this more often. Though I am only comfortable doing this when we are in transit and aren’t going to leave the RV alone for a day trip but I am not sure the RV is any safer in a real campground.

Obviously we are right next to the highway but there is very little traffic. During the day we got about 1 car every 10 or 15 minutes. Right now at 10 pm we haven’t heard one for over an hour.

Around dinner time we had another couple in a 5th wheel trailer join us for the night.

A wonderfully relaxing day, staring at the mountains.