It being the American July 4th holiday we went into town to see what was going on. It turns that there was not much. There was a BBQ I had planned to go to but that didn’t start until 12 and the parade wasn’t until 6.

To kill some time we went back to the beach we had walked on out first day.

The tides in Homer are quite large, as much as a 28 foot vertical difference between low and high tide. Not as much as the Bay of Fundy but still a lot. Today happened to be one of the lowest tides of the summer at –5.1 feet. I am not sure what the reference point is. The high tide this afternoon is +19. The beach we were at is very flat so you could slowly walk in with the water as it moved towards the shore. 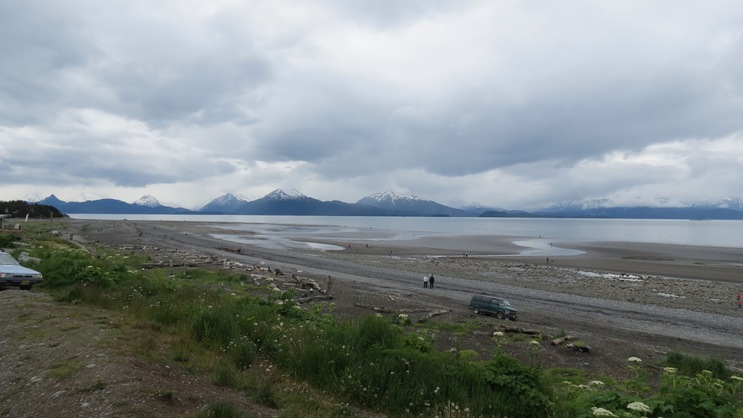 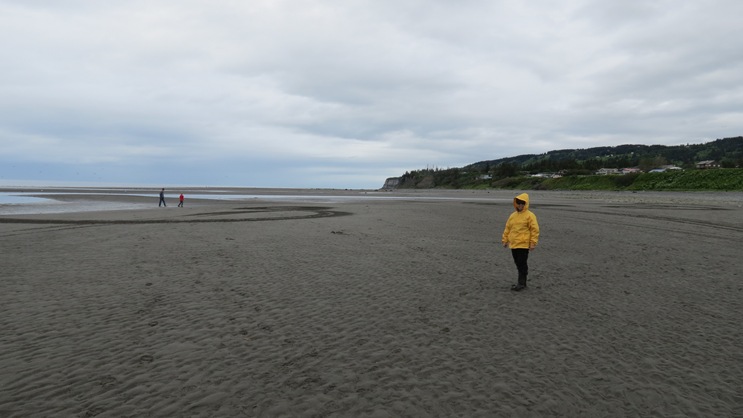 To show the full effect, the pictures below are low and high tide at the beach next to the campsite. 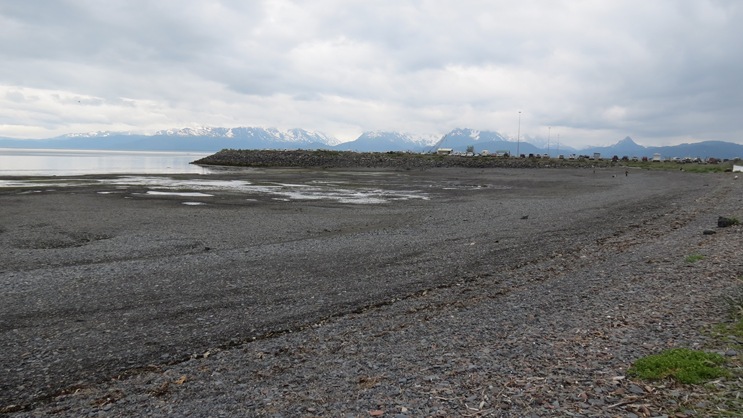 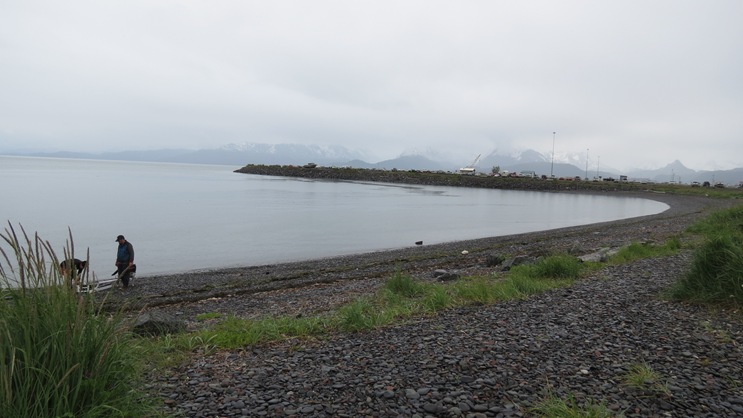 Jennie got on her boots and went looking for creatures. 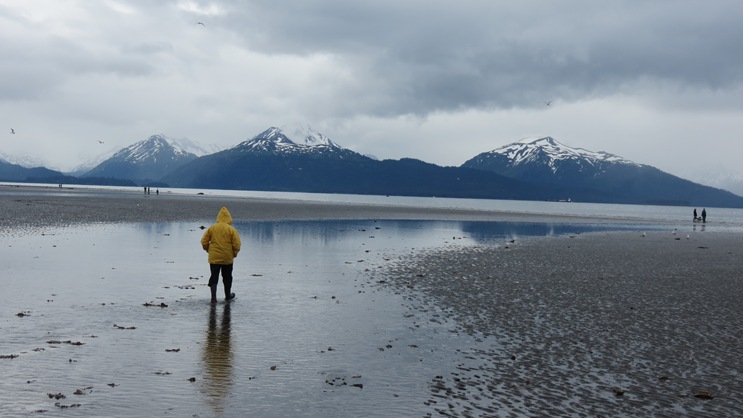 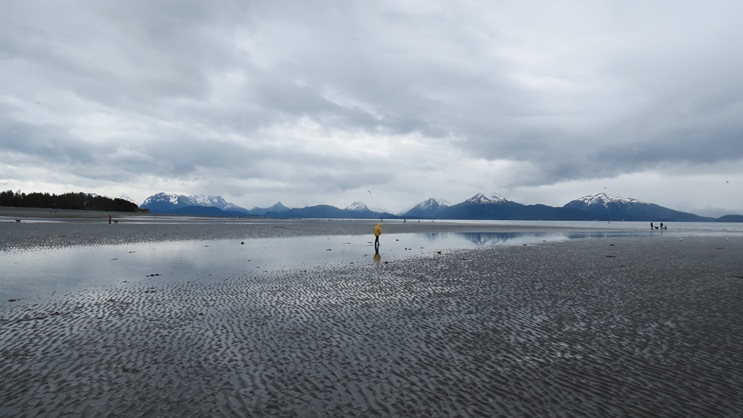 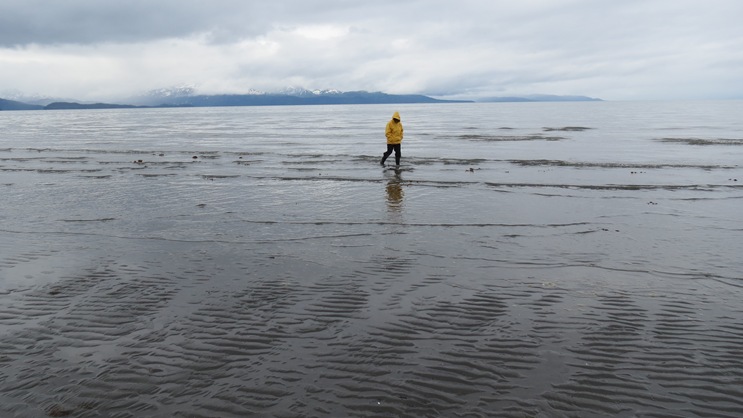 All we did find was a sea star and some crab shells. 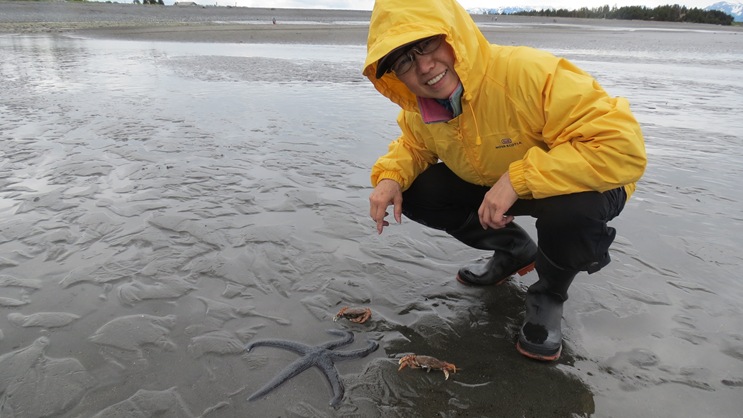 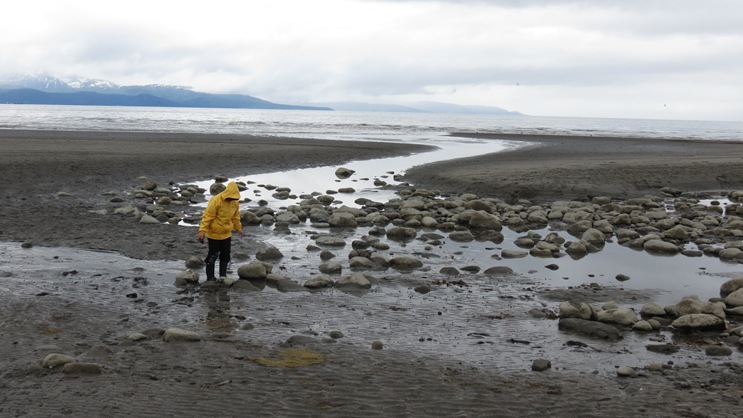 It was lunch time now so we drove to the fair at the local Legion Hall. 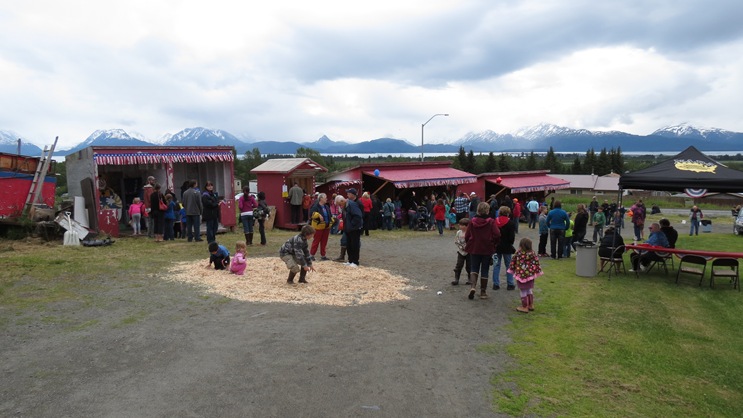 We bought some burgers and pie. Of course the guys ran the BBQ and the ladies did everything else. 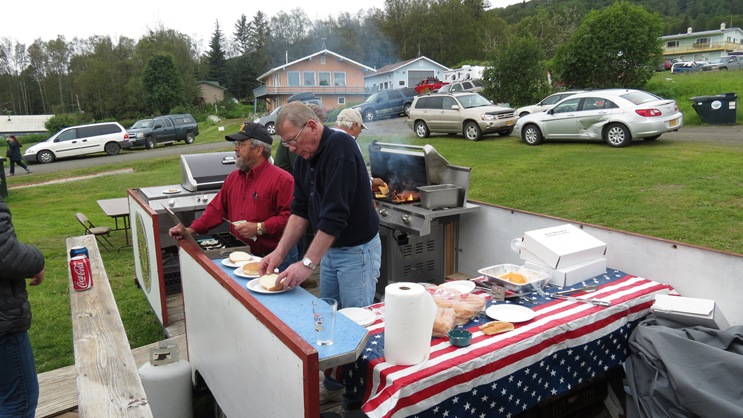 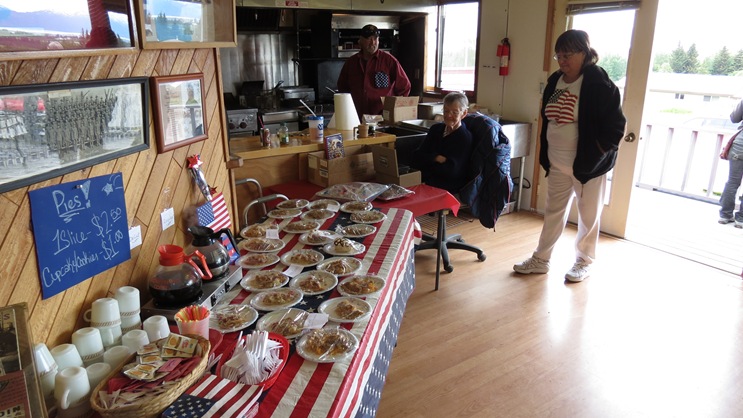 There was a pie eating contest for the kids. The lady trying to get the kids to do it said “If you win you get $10, If you lose you get a free piece of pie”. 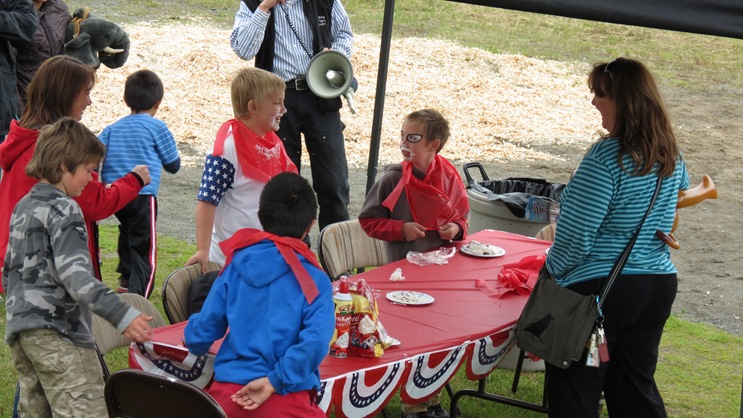 They threw a bunch of coins in a hay pile. 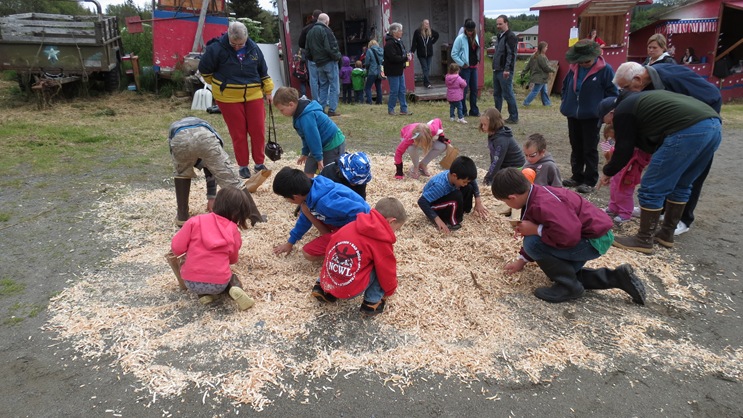 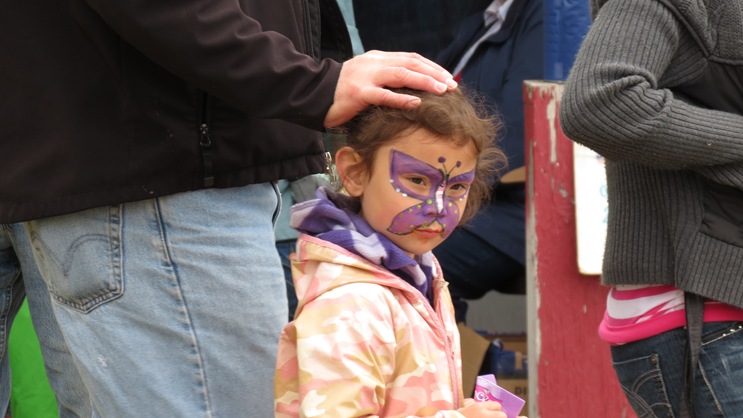 We were going to back for the parade but at about 5:30 it started coming down pretty hard so mission aborted.

We move on from Homer tomorrow.