We got up and it was grey and cold. The forecast called for a high of 13C and chance of showers so we just cranked up the heater and enjoyed the coziness.

We had been going to go for a hike up the coast a bit, back around Anchor Point but it look pretty dark off in the west. We decided to wait until after lunch to decide what to do. Just about lunch time it started to rain so no hike today.

Later in the afternoon there was a break so we decided to just go for a quick walk up to the end of the spit.

There are a lot of parking lots here and they all seem to be very busy but there are not a lot of people about. I guess everyone is out fishing in their own boat or on a charter. 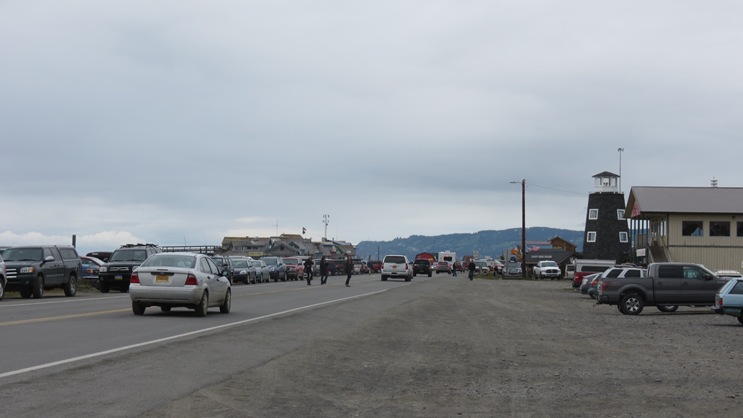 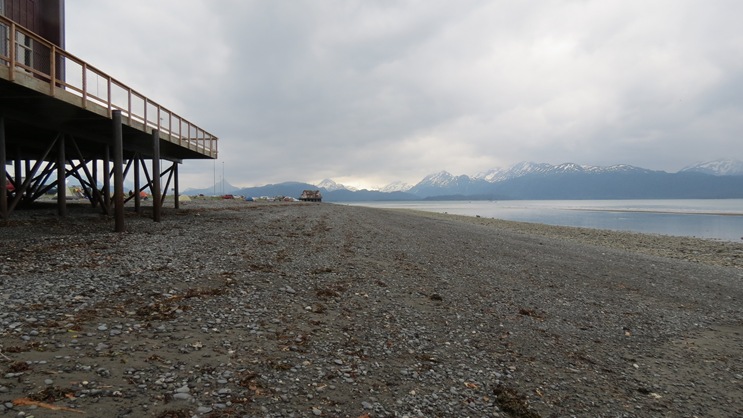 We passed by the Coast Guard yard with all these newly painted buoys laying around. 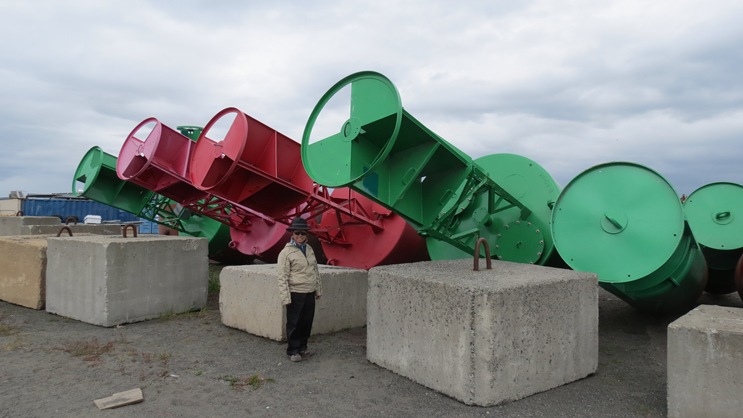 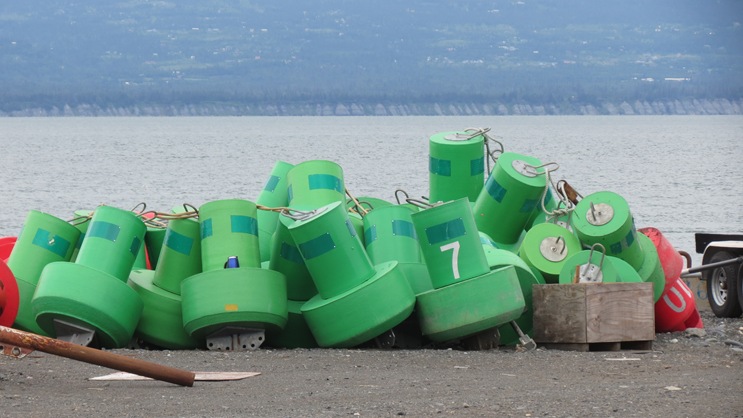 Out at the end we sat and watched the fishing boats come in and piled up some of the flat stones. 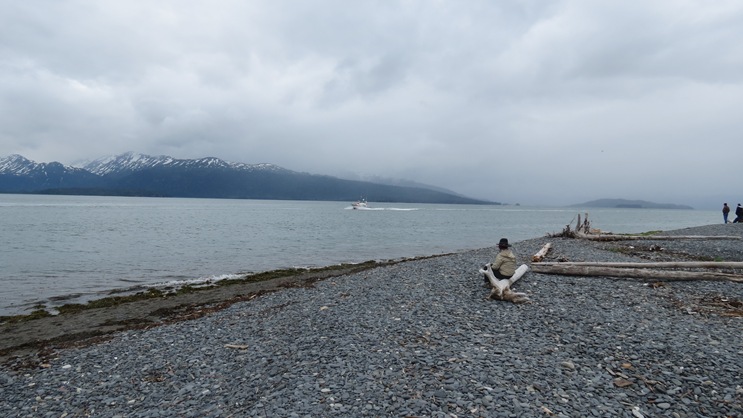 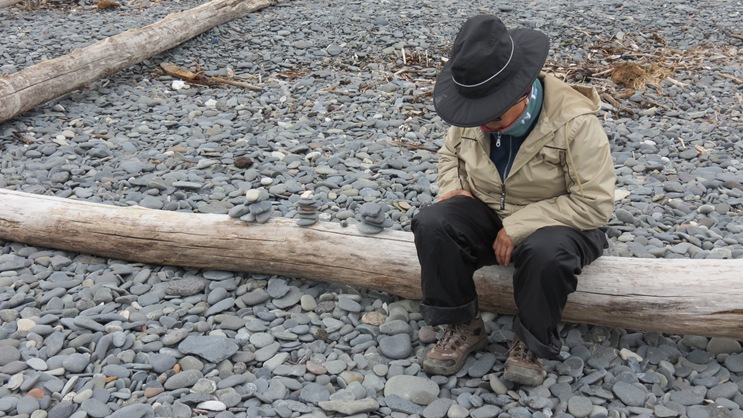 This group of new fishermen were having a good time. You could tell they were new by the fact that their casts sometimes landed at their feet. 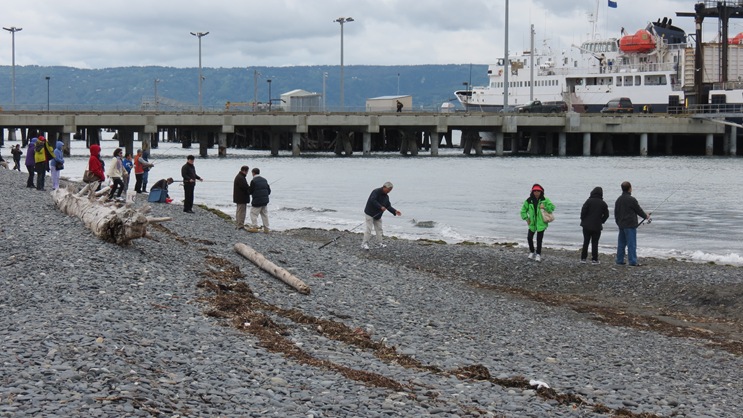 All they seemed to catch was seaweed but each time they felt a tug on the line the wives would let out a scream.

Walking back, one of the charter boats had just come in. They hang up all the fish so you can get a picture. Each person is allowed to catch 2 halibut a day. 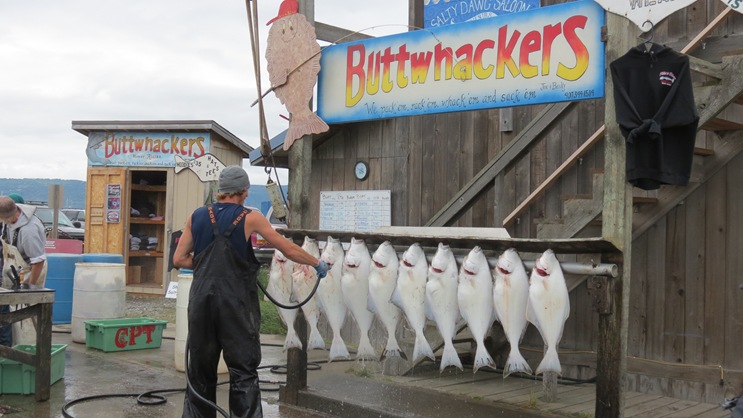 One of the locals popped his head out out of a store and said that these were very small ones. The largest was probably in the 15-20 pound range. They have a derby that runs all summer for the largest halibut. This year’s current record is over 200 pounds. The guy said even this was small. Since the water is so cold because of the hard winter the really big ones are staying very far out. Last year’s largest was over 400 pounds, was about 7 feet long and about 4 feet wide.

The boat crew sure can clean the fish quickly for you. 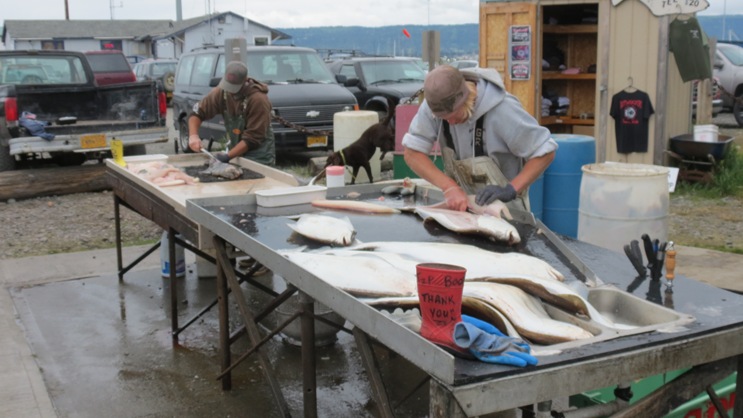 It was starting to rain again so we went back for an evening snug and warm in our home away from home.