Another somewhat dark day and the forecast called for a good chance of rain all day. I decided to do a bunch of short hikes so that if it did start we wouldn’t have a long way to get back to the car.

As it turned out the rain held off until after dinner and we even saw our shadows a few times.

First up was Kleanza Creek Canyon. It is in Kleanza Creek Provincial Park about 20 km east of Terrace. It is only about a 1 km hike from the parking lot to the end. 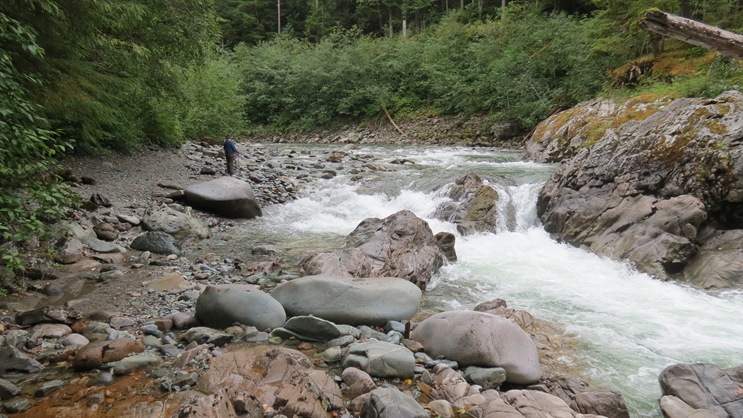 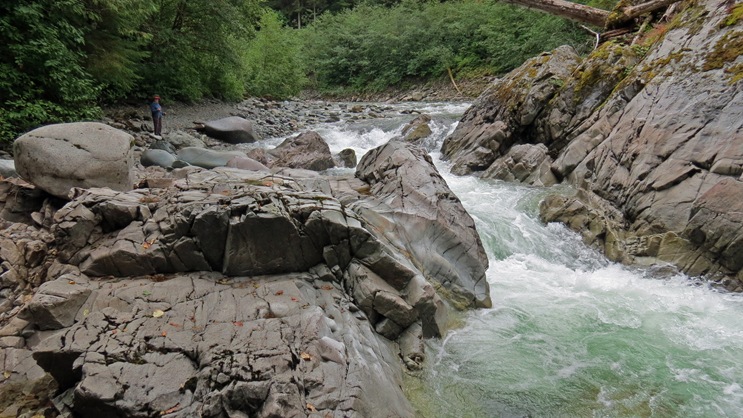 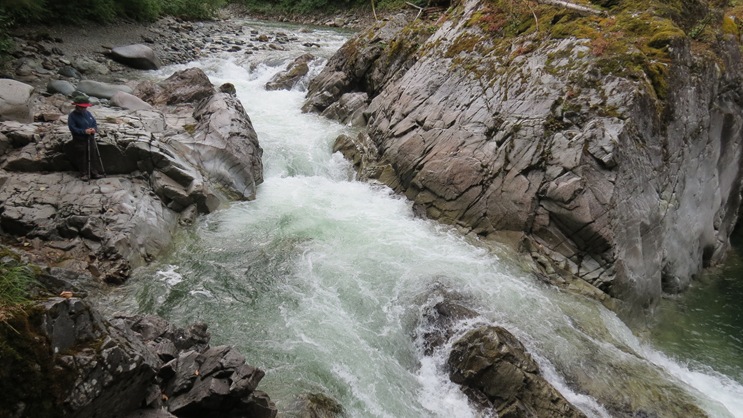 And downstream as it turns a corner. 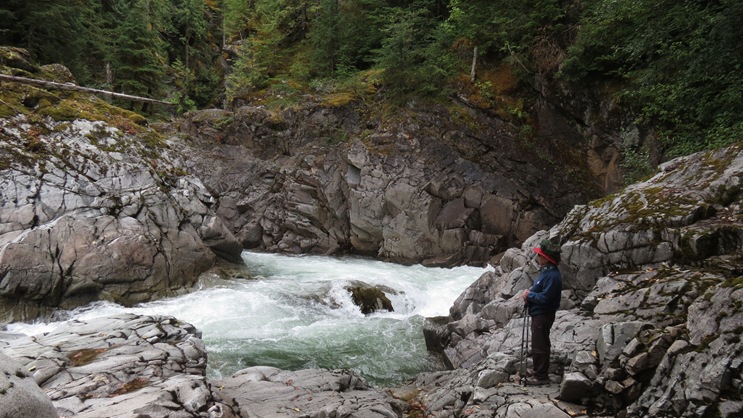 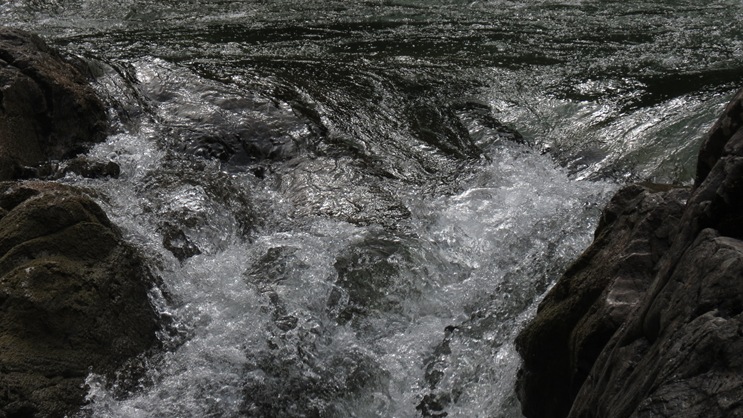 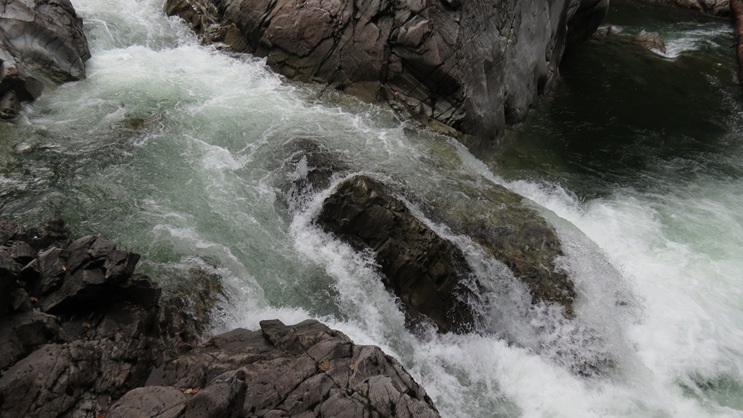 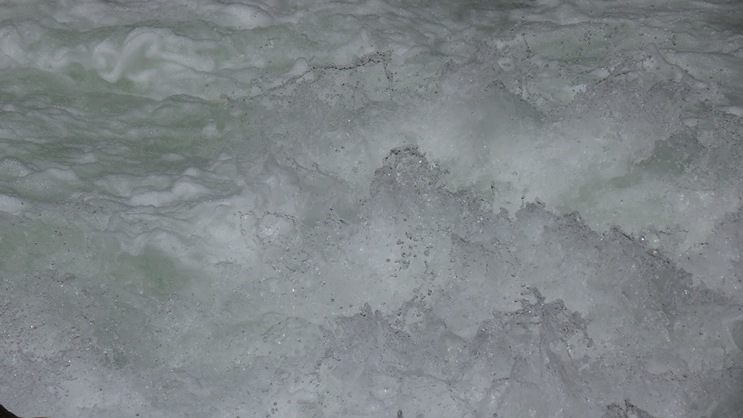 As we both love waterfalls, we clamoured around the rocks and stared at the bubbling water for quite a while. Like a bunch of kids, we even spent about half an hour throwing sticks in and watching which way they would float over the falls.

When we got there we thought that it didn’t really deserve to be called a canyon. Back at the parking lot, which is downstream for the falls, we went over to the waters edge and saw the canyon. 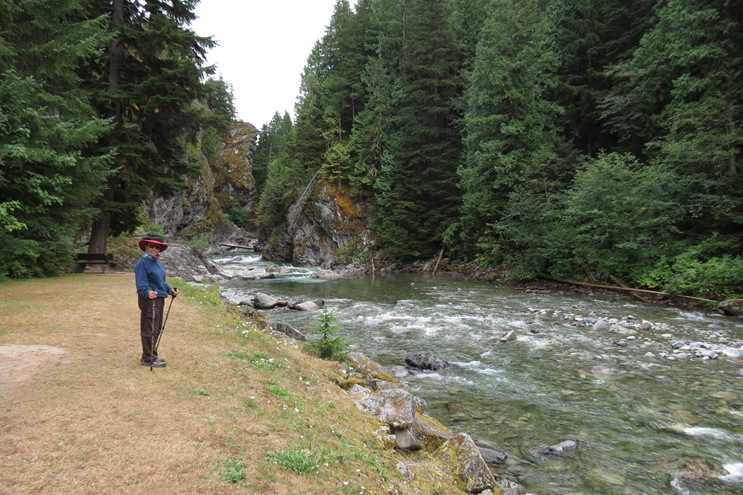 More climbing on the rocks. 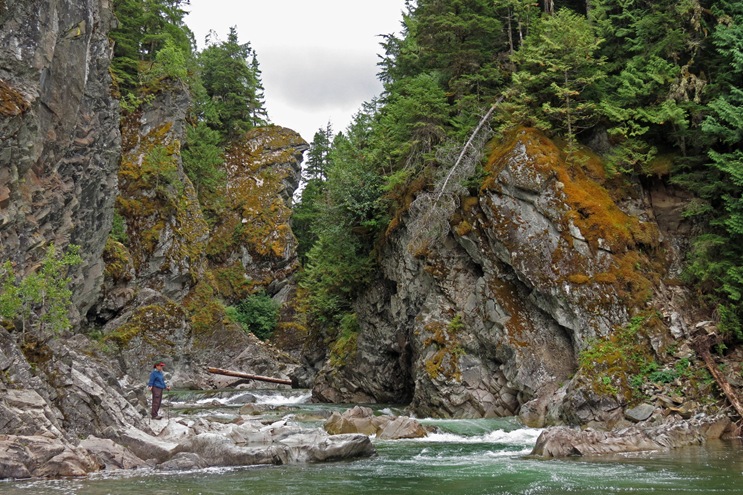 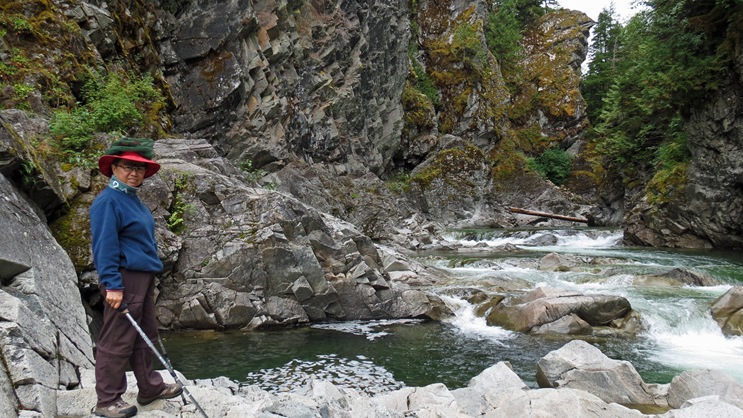 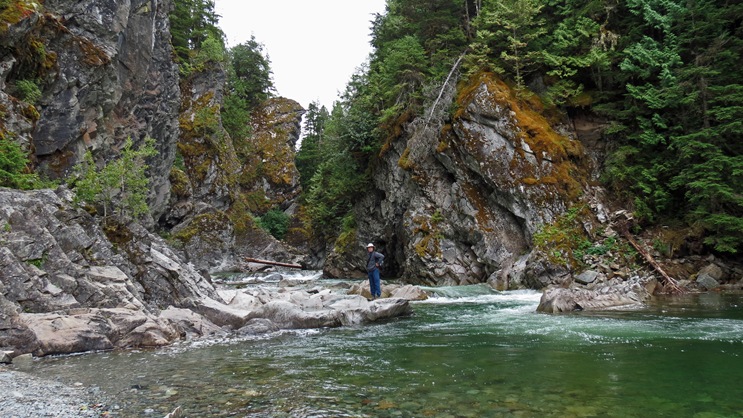 We walked down the stream a bit, along side the campground. 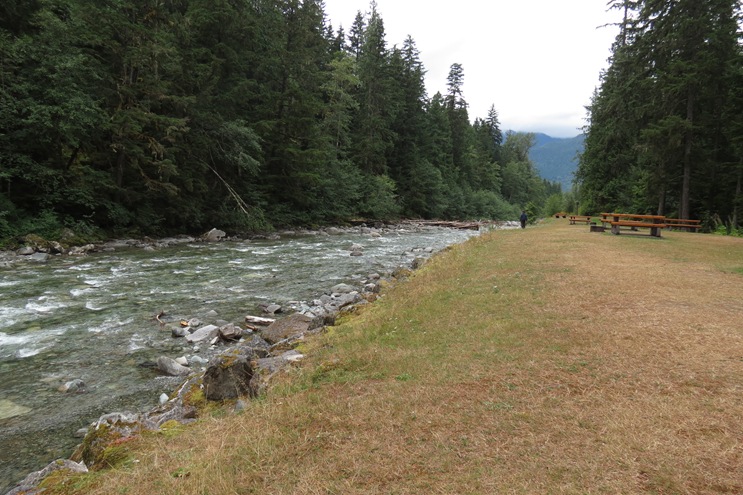 Next up was Kitselas Canyon which was only another kilometer east on the highway. It is a first nation national historic site and the web site you could wander around some longhouses and take guided tours.

Ummm. No. When we got there it was completely empty. No one around and all the buildings were locked. On reading up later I think we could have called ahead to arrange a tour. 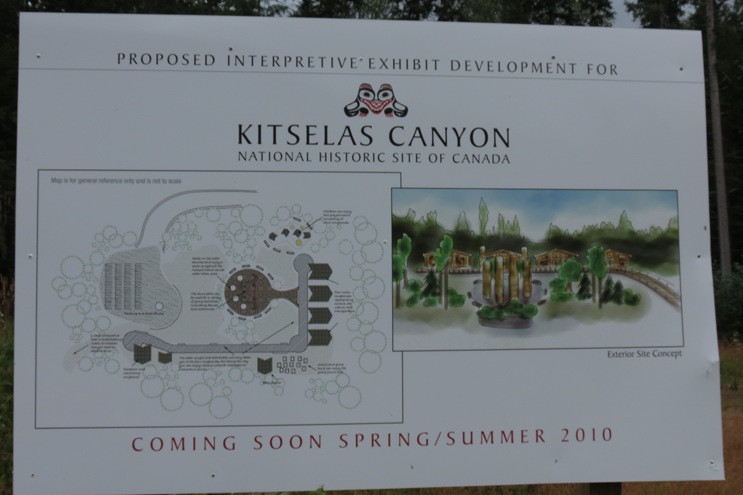 So far only the four longhouses were there. I have no idea if there is even anything in them. The rest was just gravel. 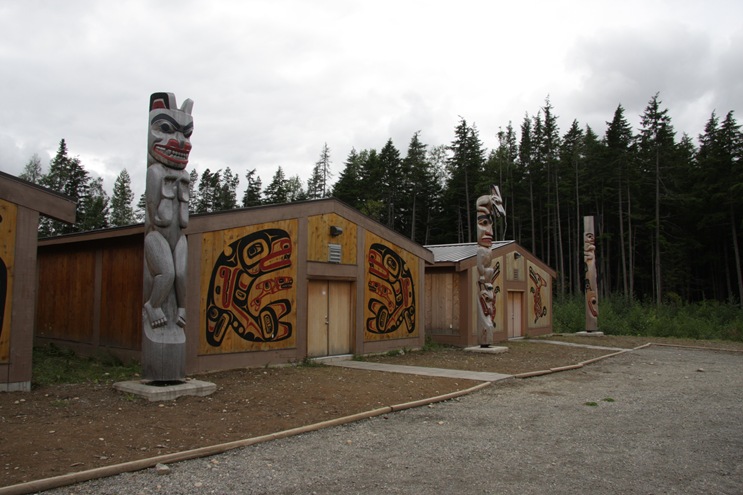 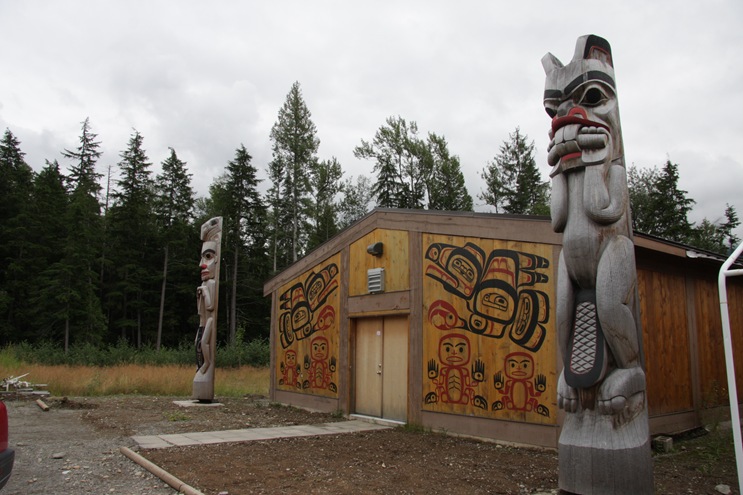 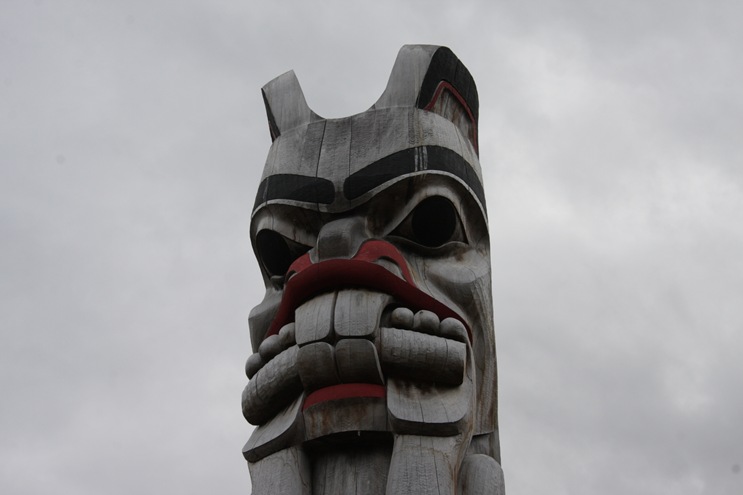 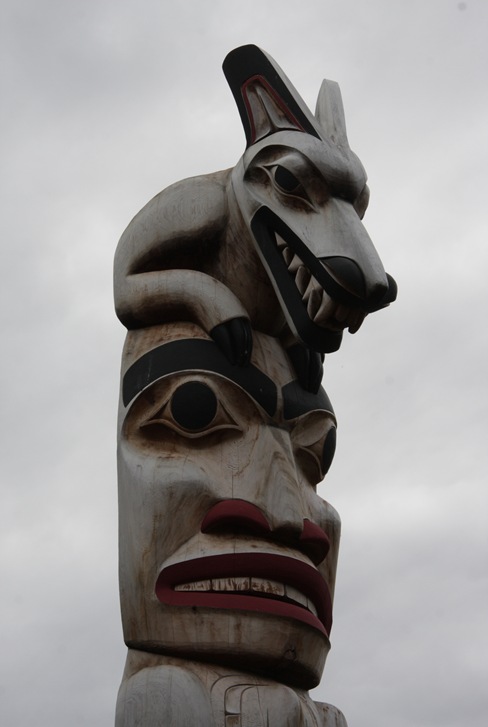 We did notice on the sign that there was supposed to be a 1 km trail down to a canyon on the river. It seemed to be complete so off we went. 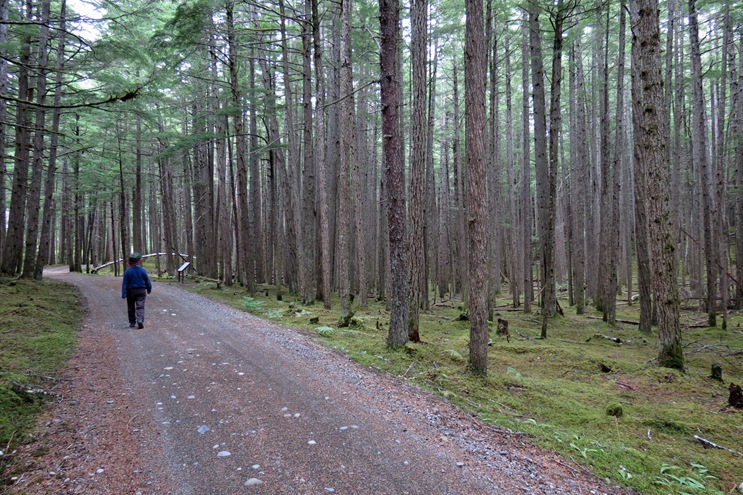 Part way along were some more totems and a covered area with a very old canoe. 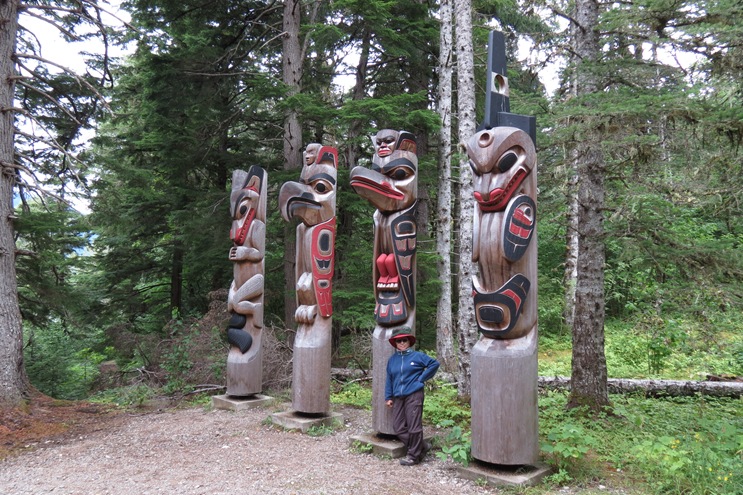 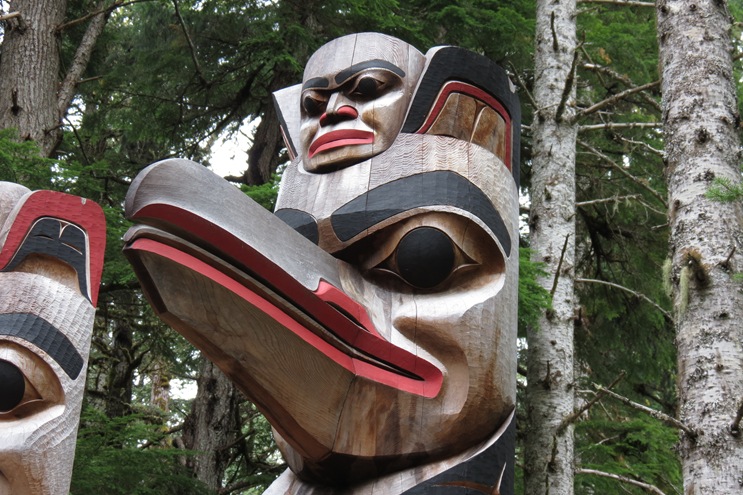 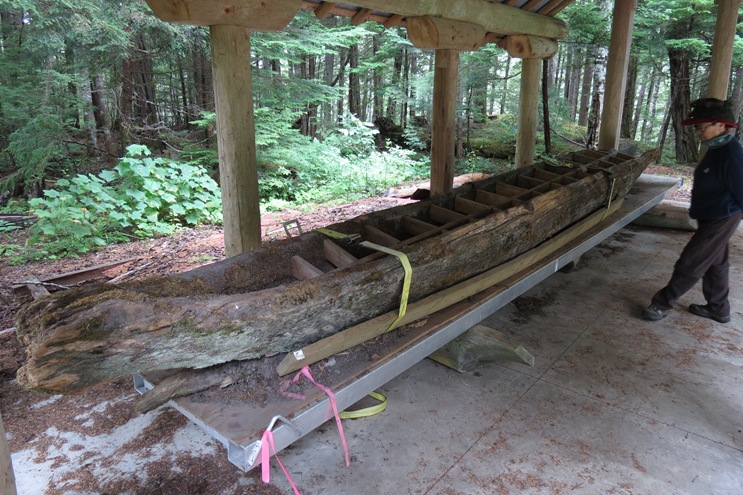 Then there was a nice stairway down to a viewing platform at the river. 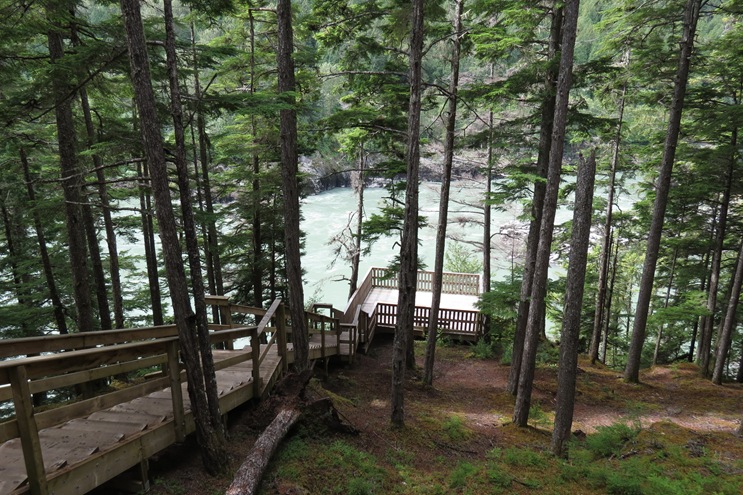 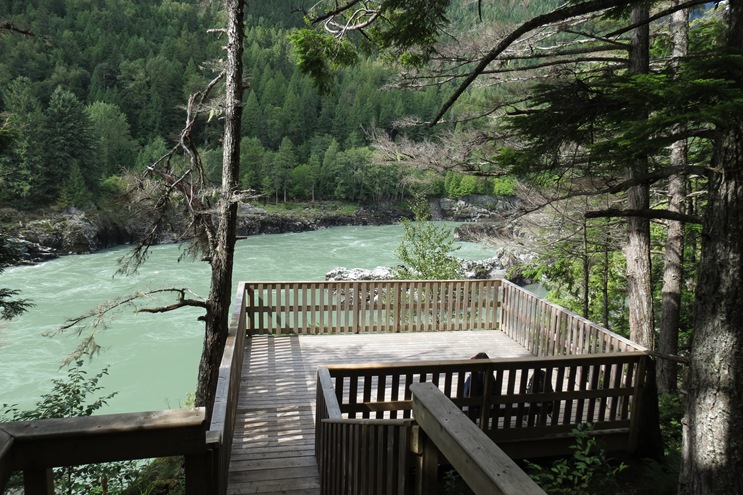 A great place for our late lunch, in the sun even. 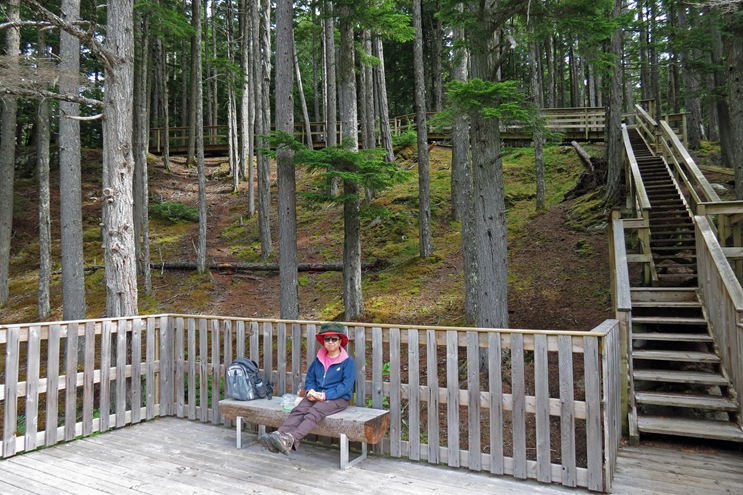 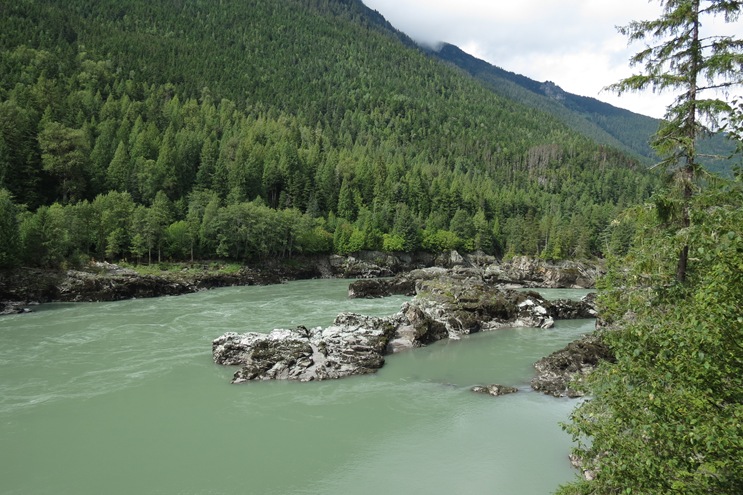 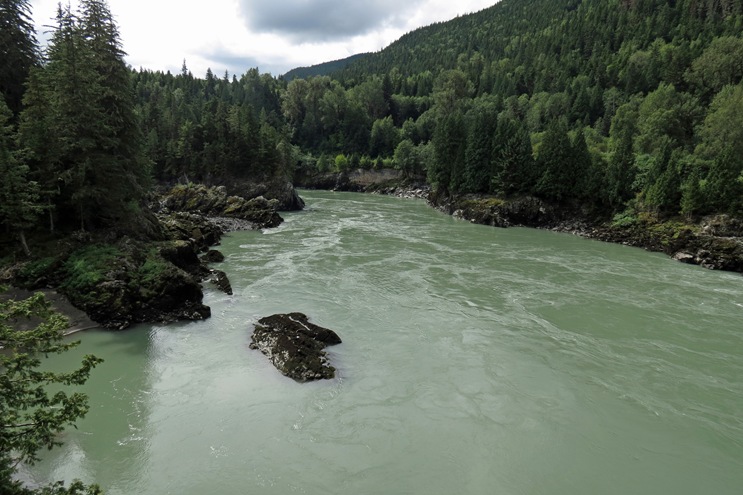 Jennie was not really thrilled about going to the edge of the platform. It was a long way down and the railings were a bit shaky. 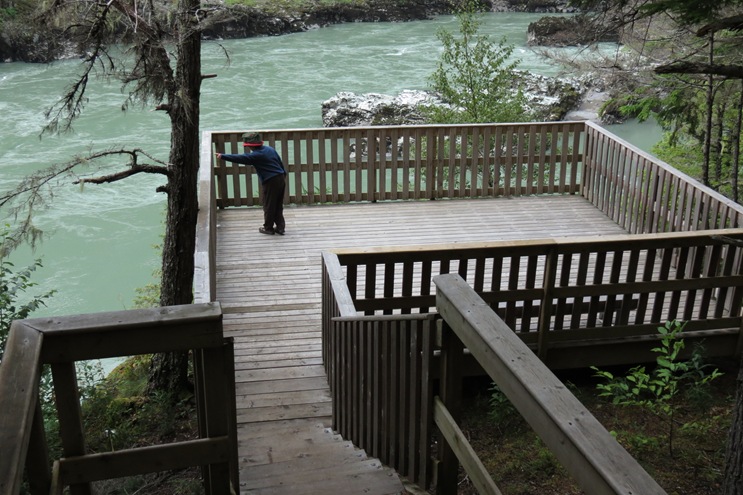 Next up was supposed to be Exstew Falls, which the brochure called “a short hike to a stunning waterfall”. I should know better than to trust maps in tourist brochures. We went to the spot on the map, which was about 15 kms west of Terrace and could not find it. We even went a few kilometers farther down the highway but there was nothing. I pulled over and looked at the map again. I then noticed that the marker was right on the edge with a tiny arrow pointed towards the edge. There was no indication how much farther it was. We gave up and went home. When I did look it up online, it was another 15 km down the highway. Note to self, always double check a location with google maps.

We had a pretty good day considering the forecast.

We have no idea what we are doing tomorrow. The forecasts say it is supposed to get nicer in the next few days. They just disagree as to when it is going to happen.