I knew that the rain was going to come eventually so I had planned for this to be a rest day. When we woke up and heard wind and rain we just rolled over and went back to sleep.

In the afternoon Jennie went into town for some retail therapy and I stayed at the RV doing some more planning.

When Jennie got back about 4 pm the rain had stopped and there were even some sunny breaks. I had read about an interesting hike that goes around the perimeter of the island that the campground is on. A local artist had carved faces into about 60 trees along the trail. We were initially going just going to do a bit of the trail and try and find a few faces but it was so much fun we did the entire 2.8 km loop. 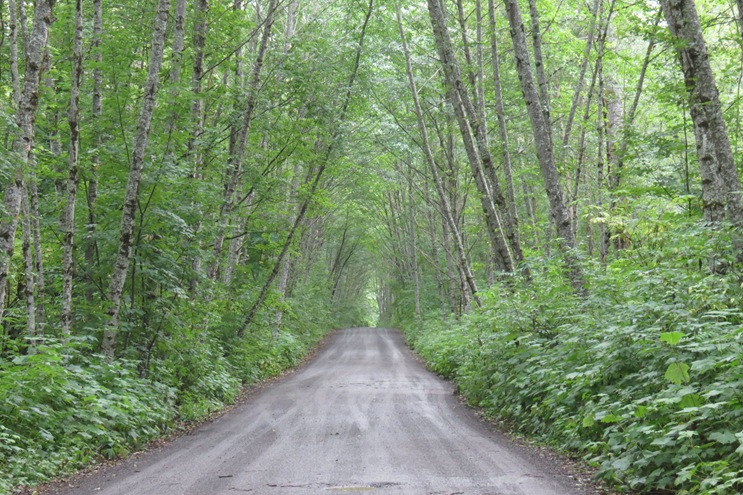 The island is covered in very tall trees. He only used one particular kind, whose bark was well suited to the carving. 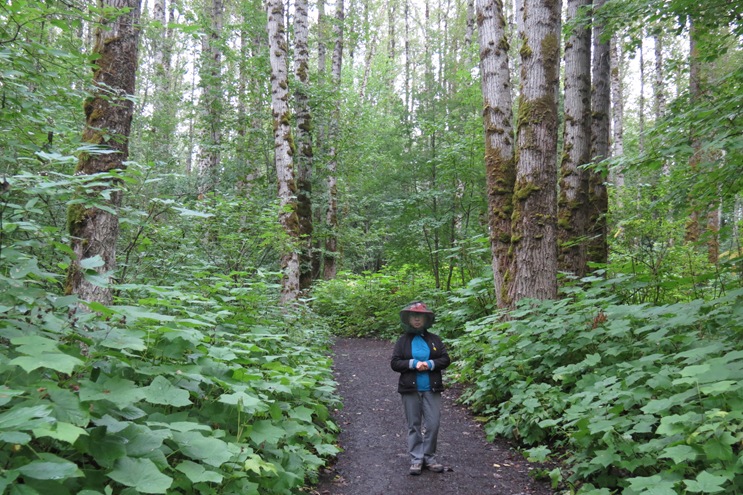 When I had seen other peoples picture they had obviously done extreme close ups of the carving because I was expecting them to be huge. In reality they were from 2 to 6 inches tall. We went from tree to tree scanning up and down. It turned the hike into a real scavenger hunt.

This gives you an idea of how hard they were to find. 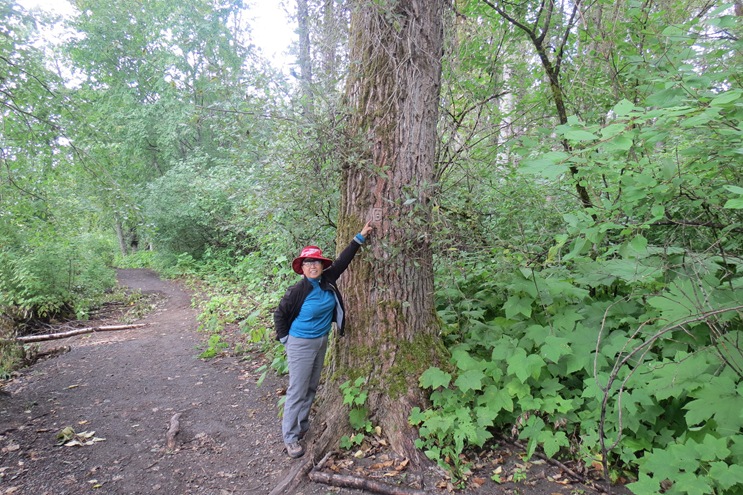 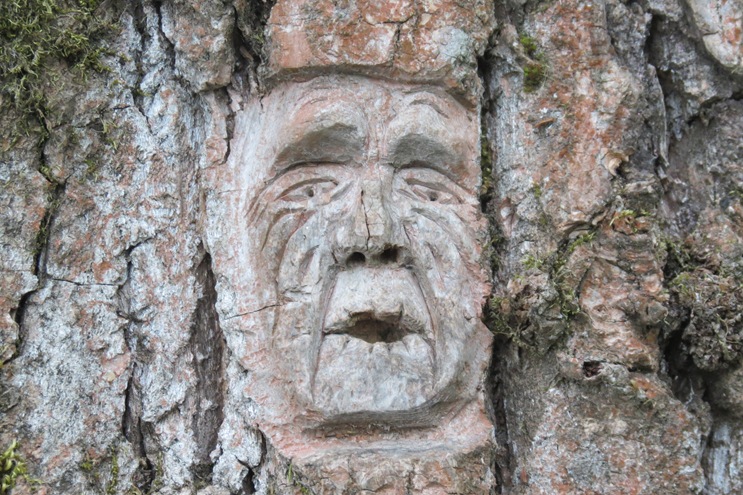 I think we found around 45 of them. Here are some of the better ones. They were all pretty good. 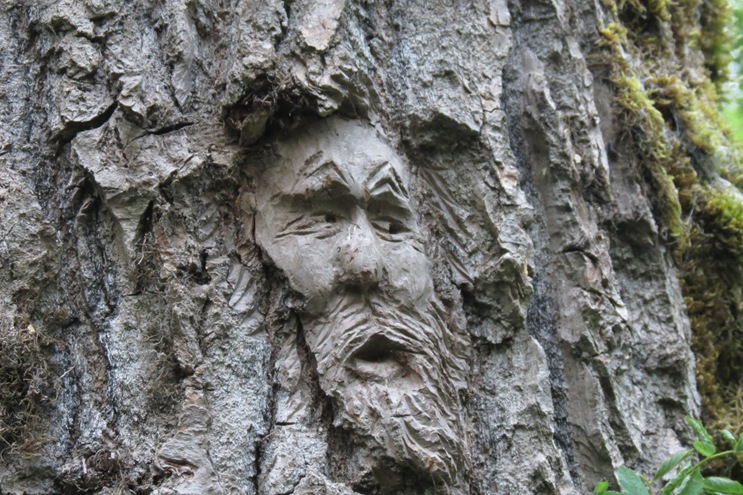 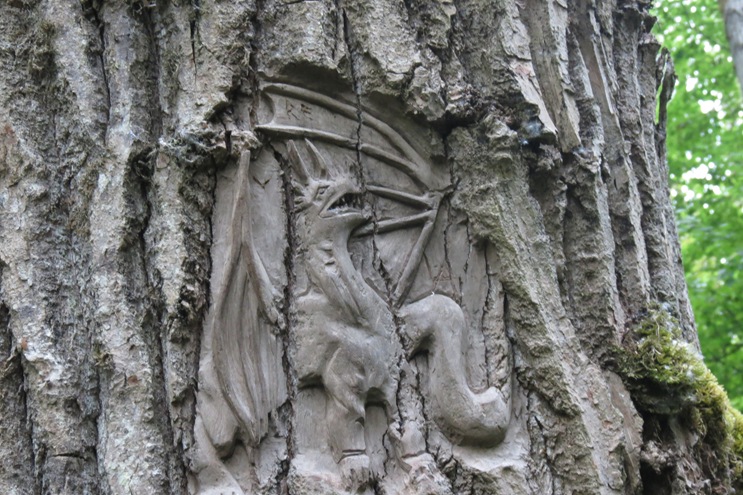 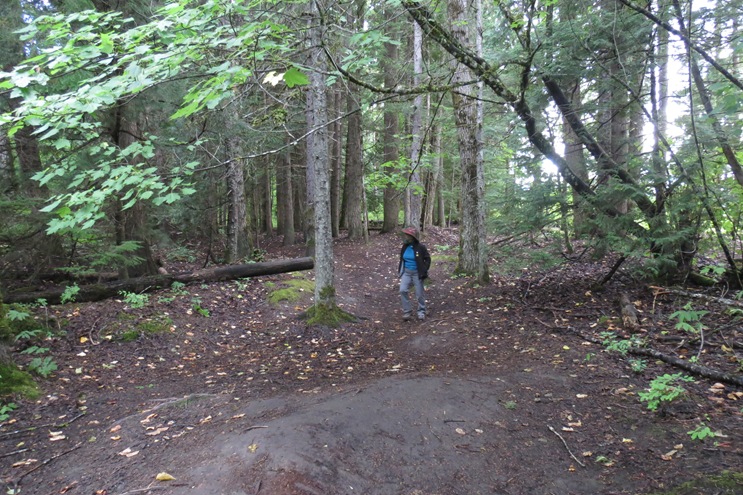 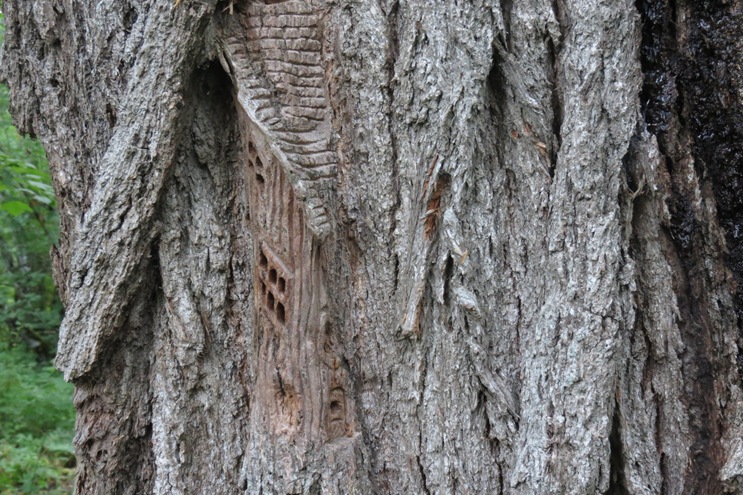 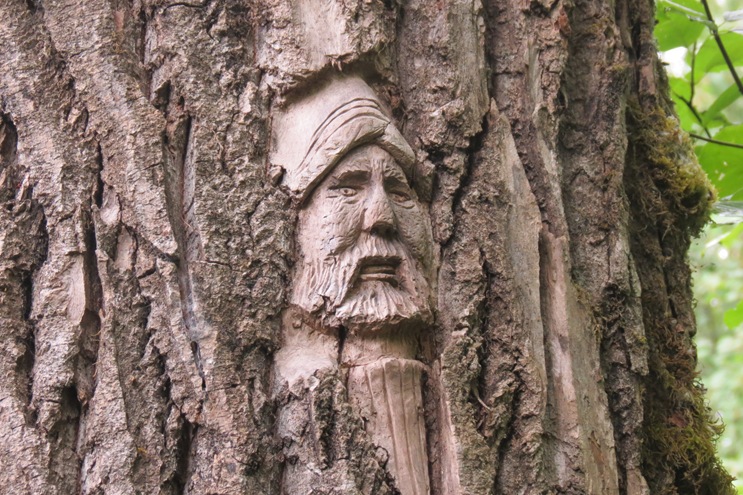 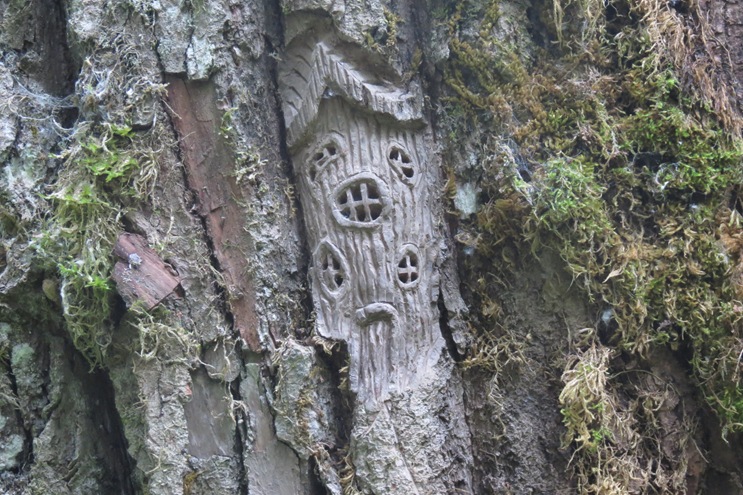 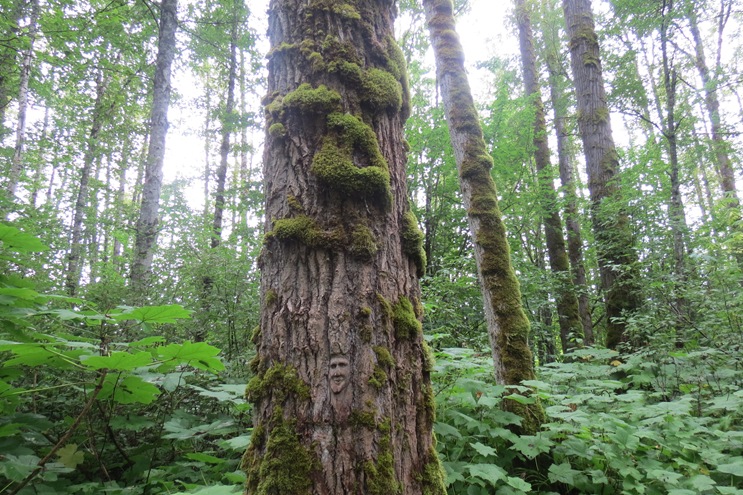 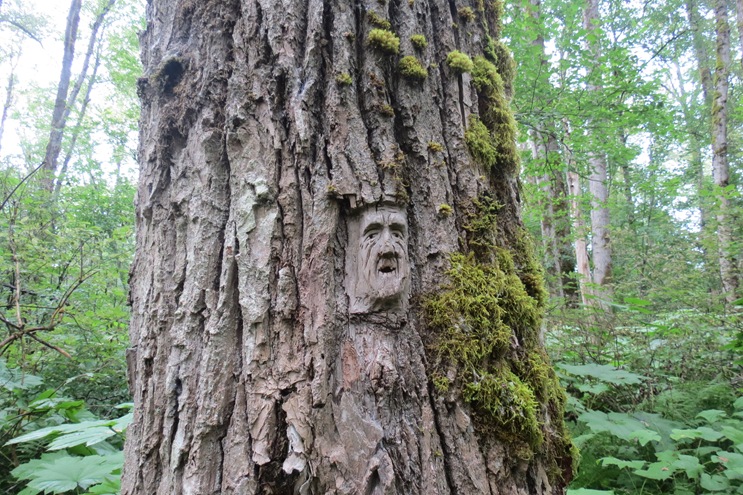 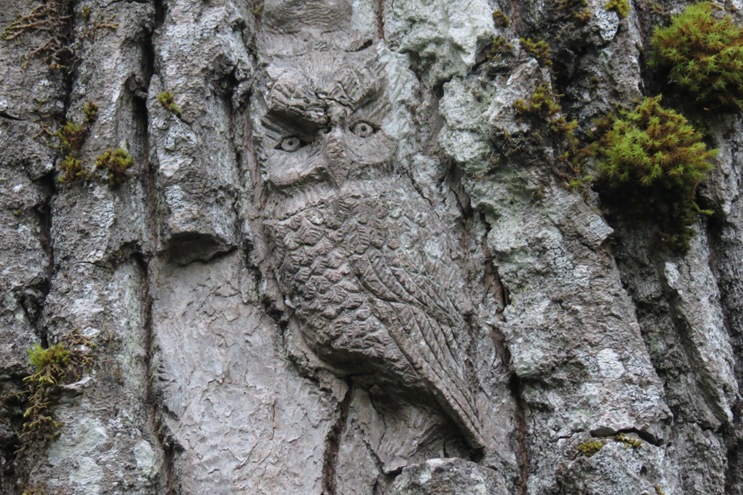 This one was carved inside a slit in the tree. I had to use the flash to see it. 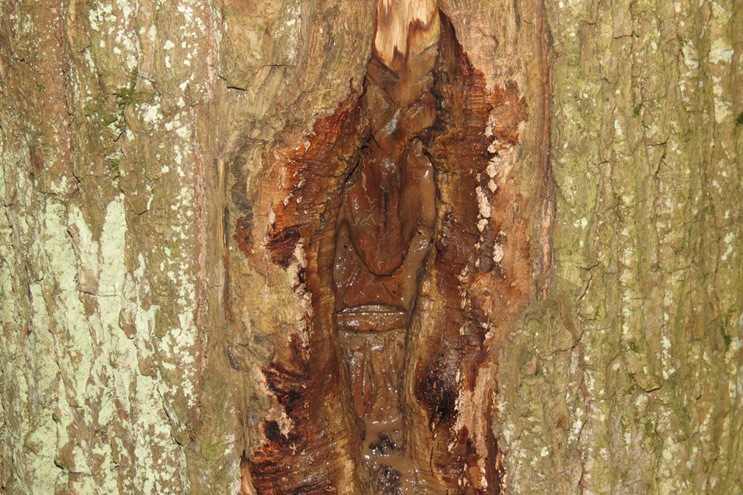 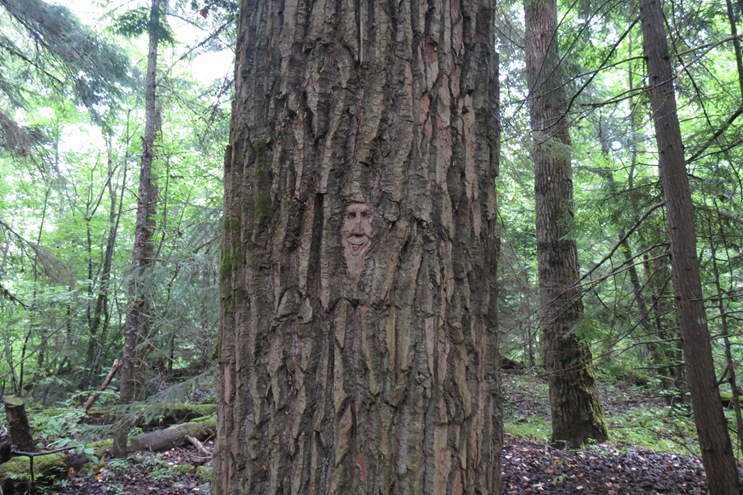 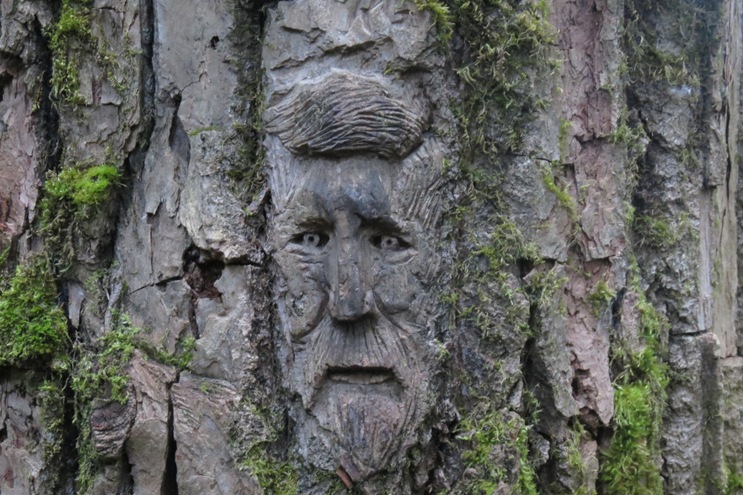 This one was tiny. 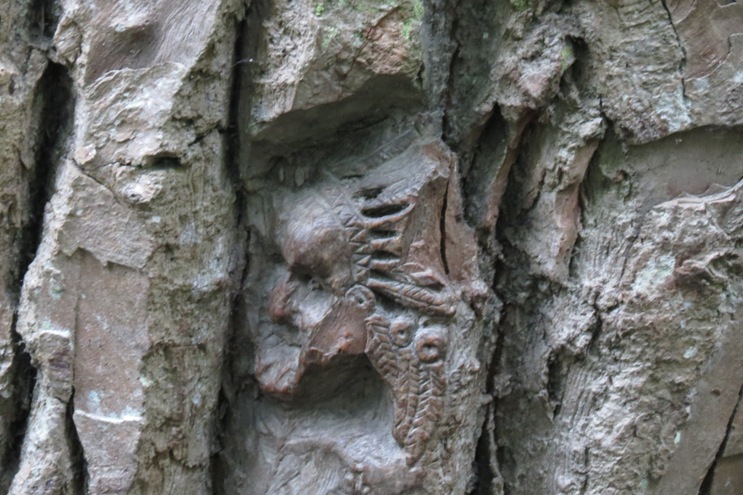 Another easy to miss one. 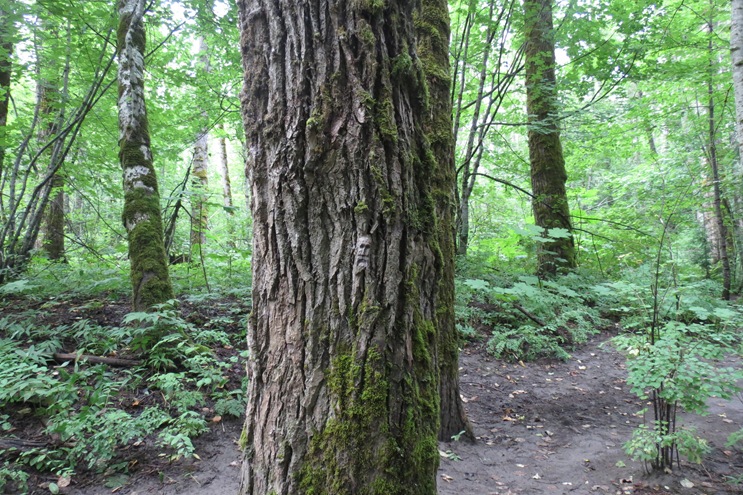 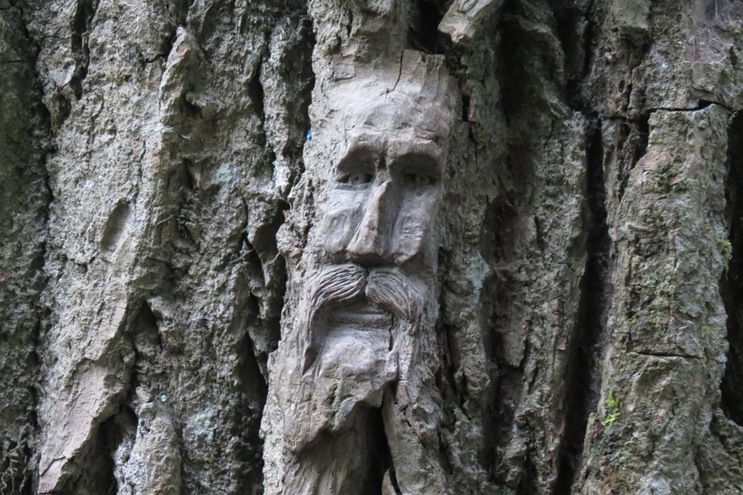 Here was a huge one where he advertised his website address on the bench but it doesn’t seem to work. 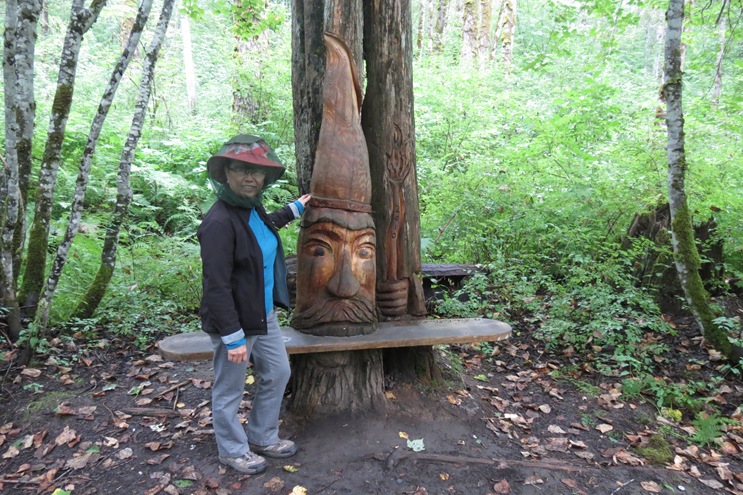 Some other plants we saw. 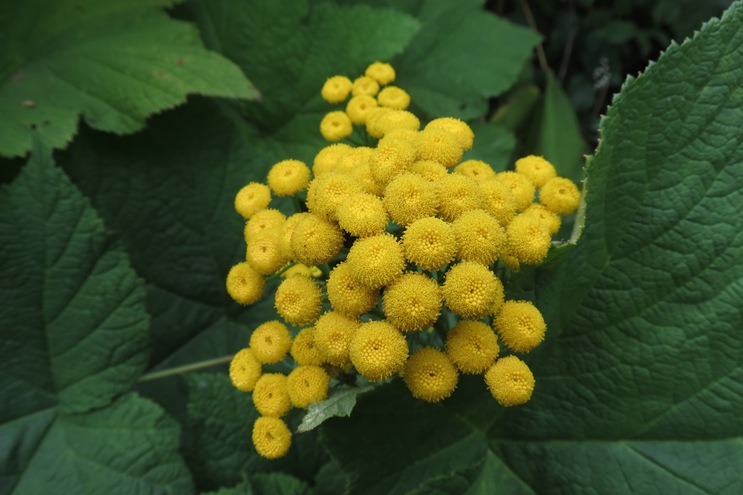 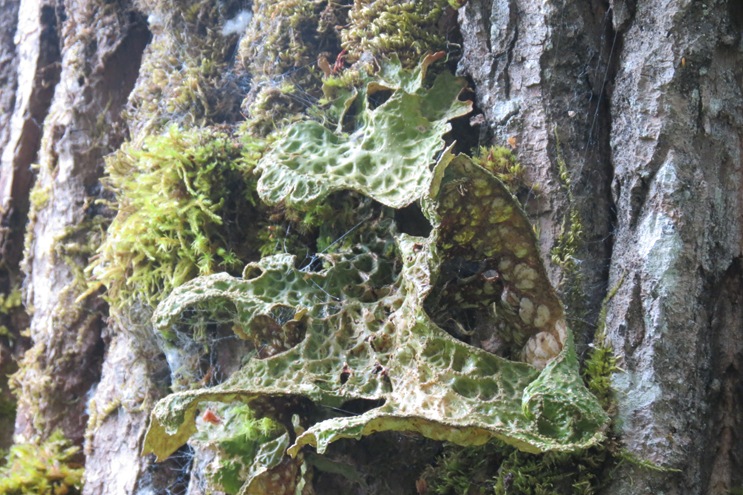