There are not enough pictures of the weekend. I still haven’t gotten back into picture taking mode. For all winter, I hardly took any pictures. I have to remember to take the camera everywhere now and snap everything.

Friday we just decided to take it easy after our frantic week of preparations.

The WIFI in this campground is only available near the office. They even aimed the antenna away from the campground to force people to go over. I guess it cuts down on the usage. The place is run by the city.

In the morning we just slept in and then we went over to connect and catch up.

In the afternoon we went for a walk around the campground. The trilliums are out and the flowering trees are in bloom. 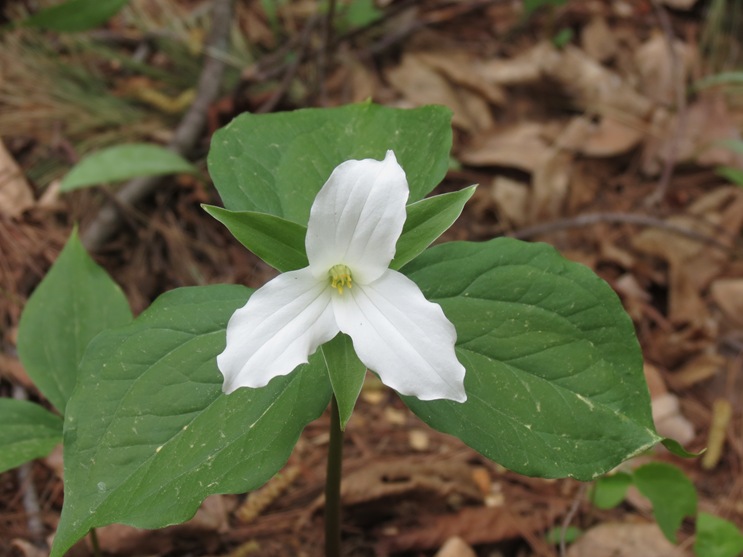 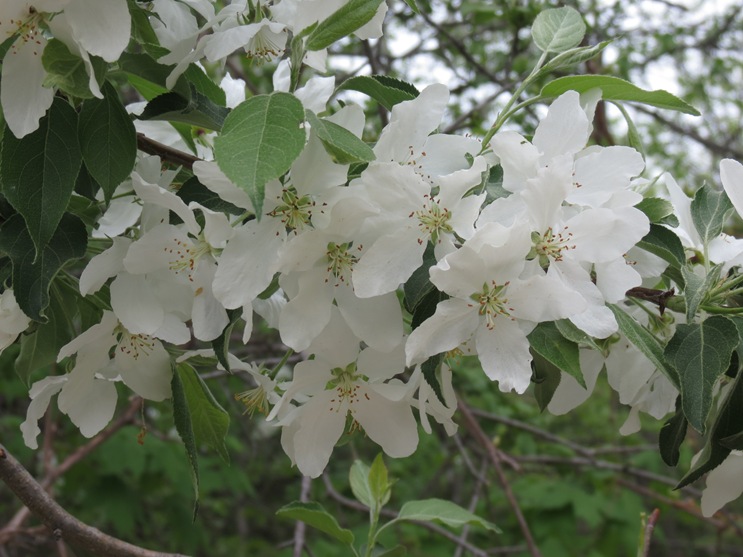 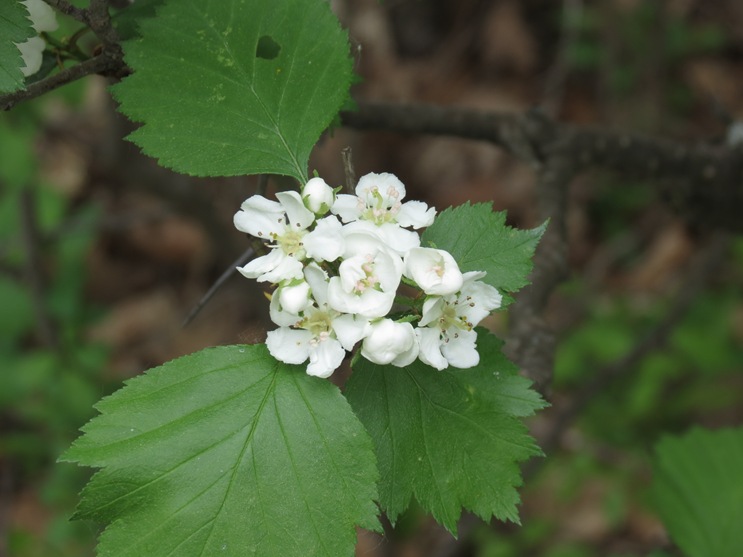 We had to go for a quick swing in the playground. 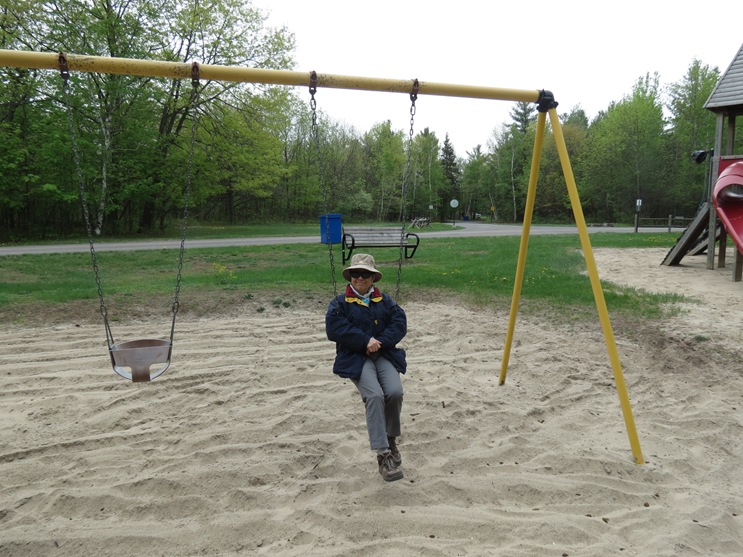 The horde of Airstream trailers never did materialize. I saw, maybe, 10 come in. The ones that did come were the extra long triple axle versions. The campground is still 90% empty. 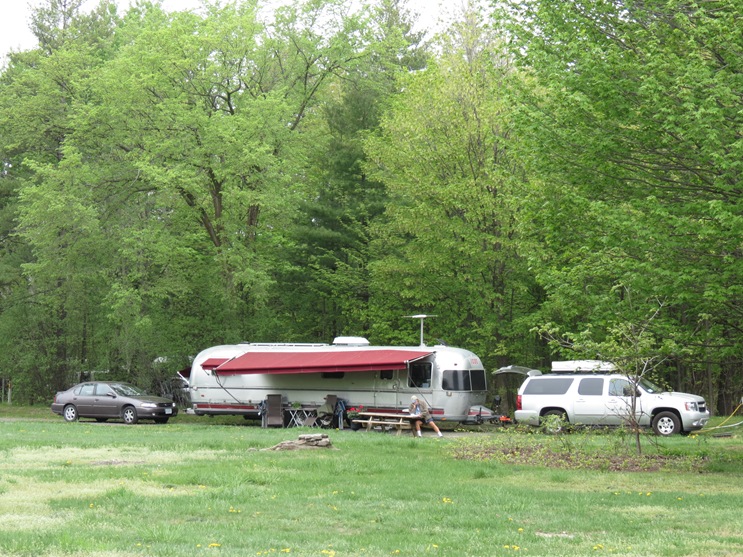 In the evening we went to my Aunt Connie’s 80th birthday party at her lawn bowling club in Ottawa. My cousin commented that when you look at Google Earth in the area it is the only patch of green. He said he wants to join to be a member in case the land ever gets sold because it must be worth a fortune.

I must commend my cousin Colleen’s husband Murray. The ladies made some great salads and Murray made some of the best roast beef and BBQ chicken I have had in a while.

This is my aunt and her daughters. 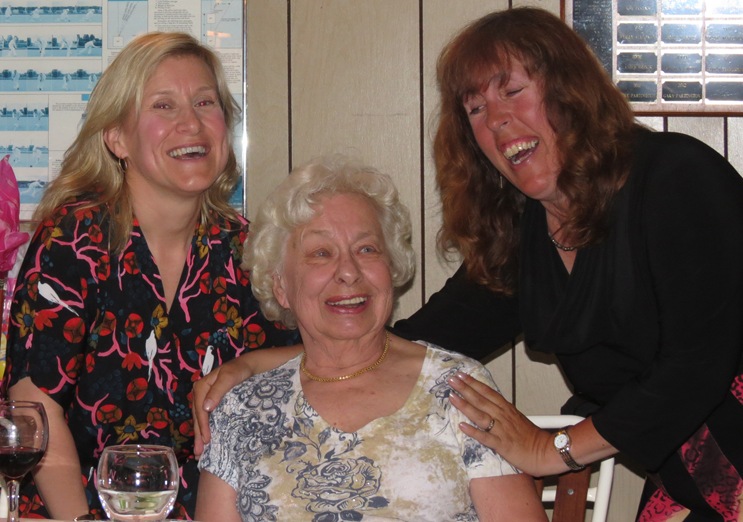 Her grandsons got up and read “80 Great Things About Connie” that the guests had submitted. 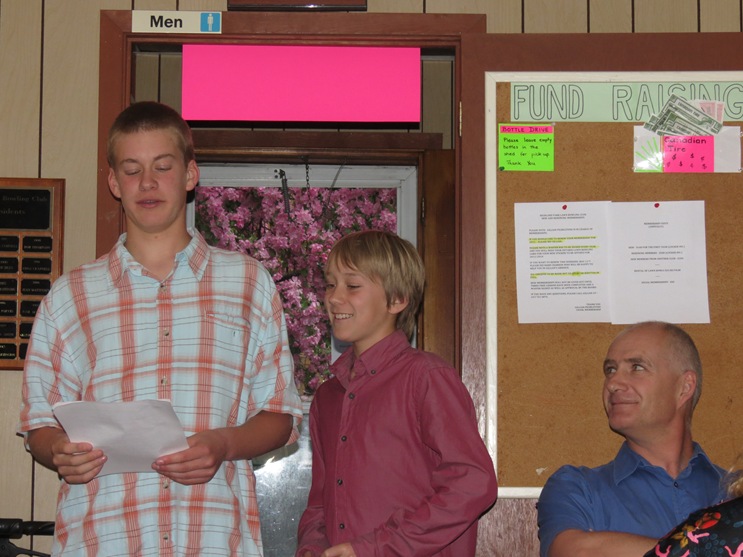 This is my mom and dad. (I just noticed the taco chip in his hand) 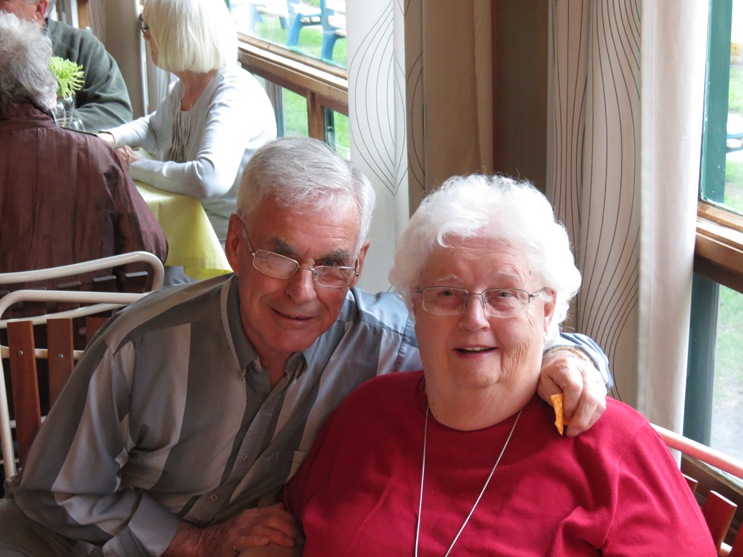 Saturday we met at my cousin Natalie’s house for a breakfast of bagels and chocolate croissants to discuss the plans for the day. 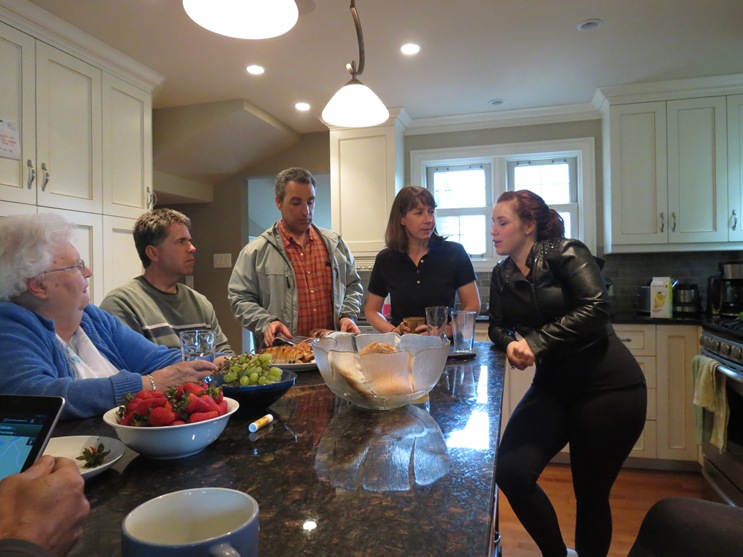 The older generation did some drives to look at the famous Ottawa tulips while the middle and somewhat middle generation went on a bike ride. 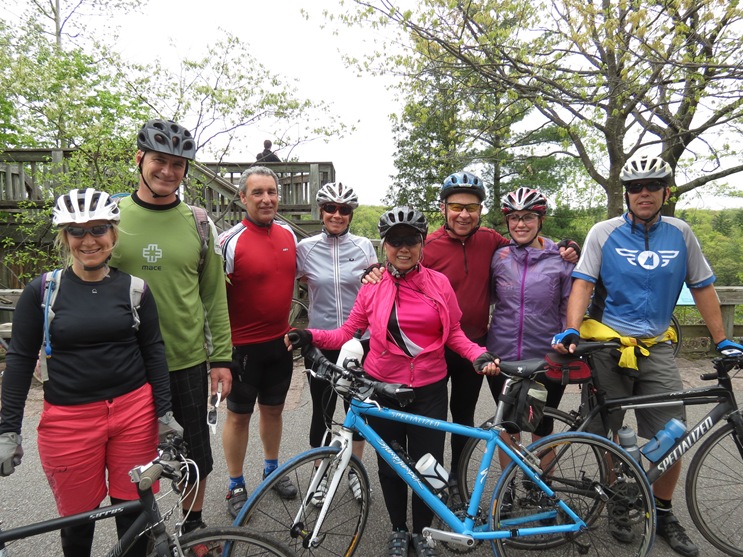 It was decided we would go to Gatineau Park just across the river in Quebec. From the car park we go about 7 km in, do a 20 km loop and then the 7 km back to the car. Of the 34 or so km, I think only about 4 km could be called anything close to flat. There were only a few really steep hills but even the lesser ones seemed to go on forever.

Everybody in the group, but us, are seriously into biking. I knew we would be left in the dust and told them to go on ahead and we would plod along at our own pace. The tandem is lousy going up and with this being our first serious ride of the year we ended up walking up at least a portion of most of the hills. On the other hand a tandem is great on the down hills. Even just coasting we would blow by most people. We hit a personal high speed on about 66 kph on one of the long ones. That may not seem like much but on a bike it is a bit scary.

There were lots of trilliums out here and while walking up one hill we saw these dark ones. 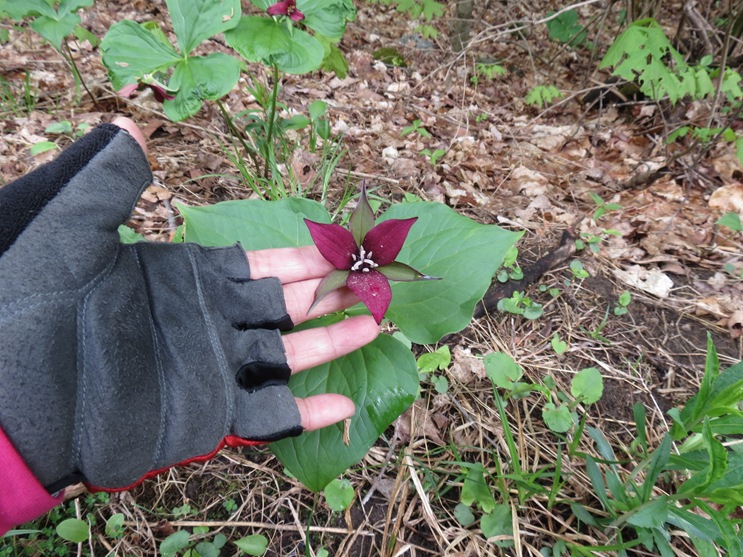 Thankfully about 2/3 of the way around the loop there is a several kilometer side trip to a lookout. By the time the rest of them got back from the lookout we had somehow managed to catch up. Also, most of the rest of the way from here was downhill so we managed to keep up and we all arrived at the cars together. We were exhausted but glad we had finished.

That night all of the family still in town gathered at Natalie’s for a dinner of takeout sushi, pizza and ice creams.

A huge thank you to Natalie and family for a great weekend.

During the ride the chain on our bike had been misbehaving and had come off several times so this morning a spent some time cleaning and lubricating it and adjusting the gear shifters. We’ll see what happens on the next ride.

We had thought about going for another ride today but only for a second, as we were still pretty tired. Instead we went and lightened our bank account at Mountain Equipment Coop purchasing some more “essentials”.

After that we went for a drive, tulip hunting, along the Rideau Canal. It was good thing we hadn’t gone biking because it got very windy and rainy. This resulted in no good pictures of the tulips. 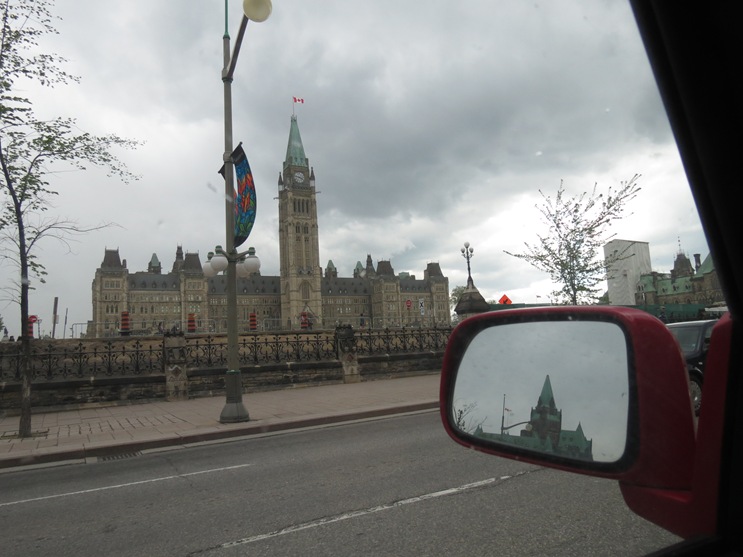 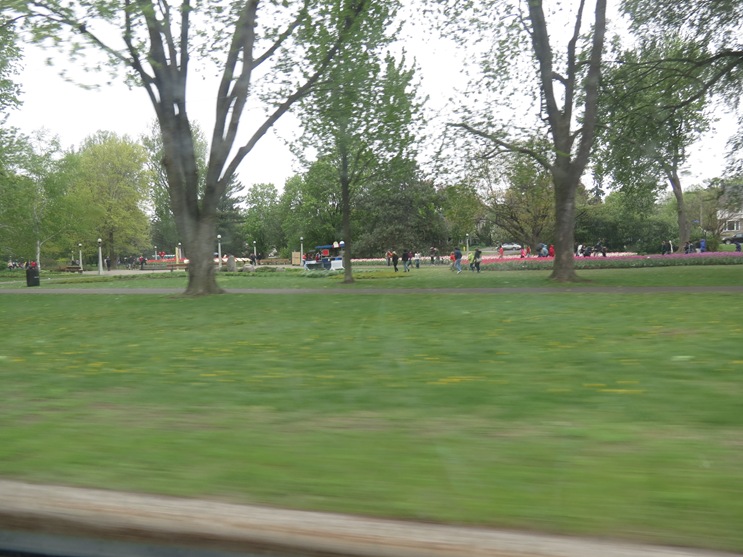 The beaver tails were tempting. 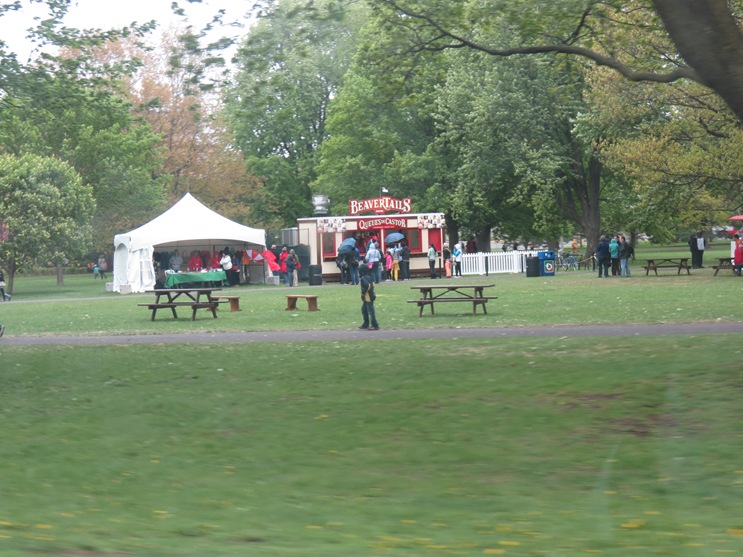 Then we just aimlessly drove around a bit until we headed home. 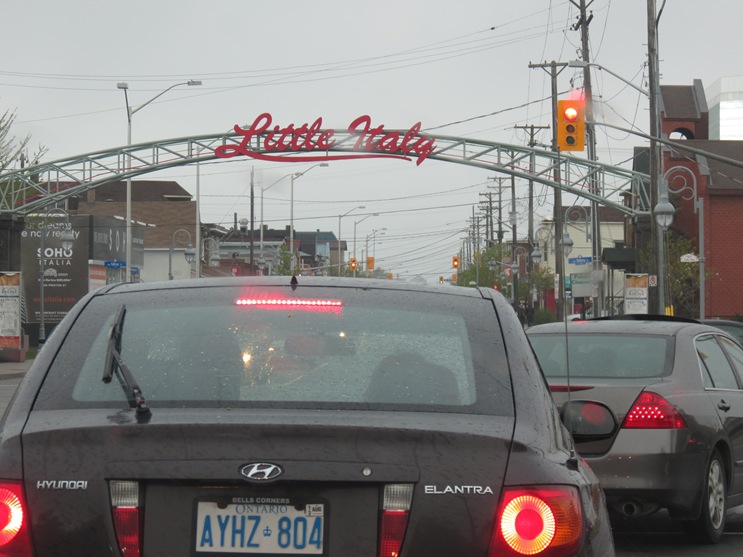 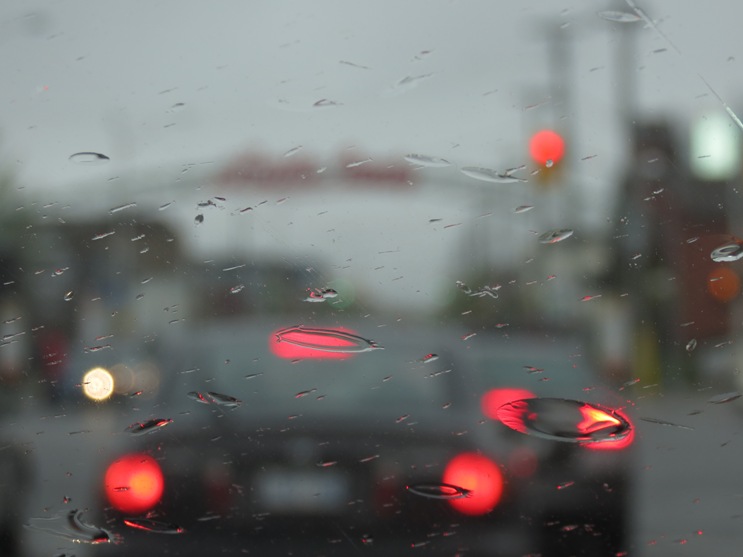 Tomorrow we cross the border and head to Burlington, Vermont.