Another day of bad weather reports but in a good way. It had rained heavily enough in the night to wake us both up and as we got up this morning it started to rain again. I looked at the weather reports and they said cloudy with afternoon thunderstorms. I started to look at indoor things to do for the day. Then after we had breakfast it started clearing. Since the next days looked worse we decided to try a hike and take our rain gear in case we got caught. Well it turned out to be a gorgeous sunny day and as I write this around 6 pm it is still very sunny and there has been no sign of rain.

The views in person were much better than the pictures show. With the bright sun and dark shadows the camera has problems. I am going to have to learn about taking High Dynamic Range or HDR images for these situations.

The hike we chose was to climb up Mount Tom just north of the town of Woodstock which itself is just a few miles down the road from our campground. The Woodstock area has long been a summering area for the wealthy.

Lots of gorgeous homes covered in lilacs and other flowering trees. 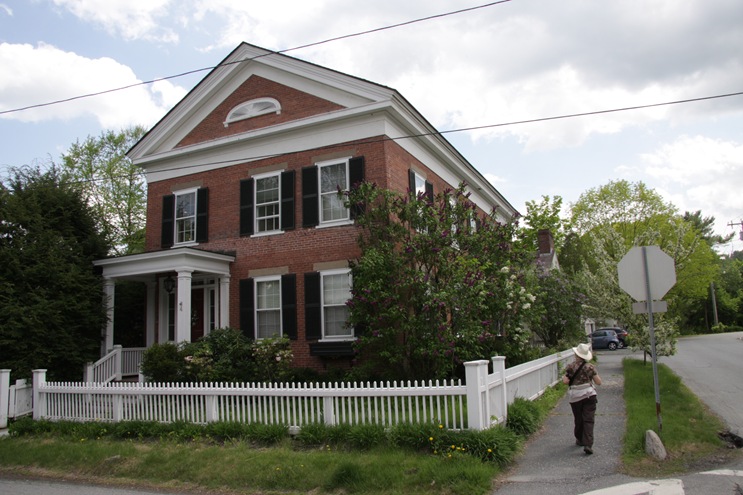 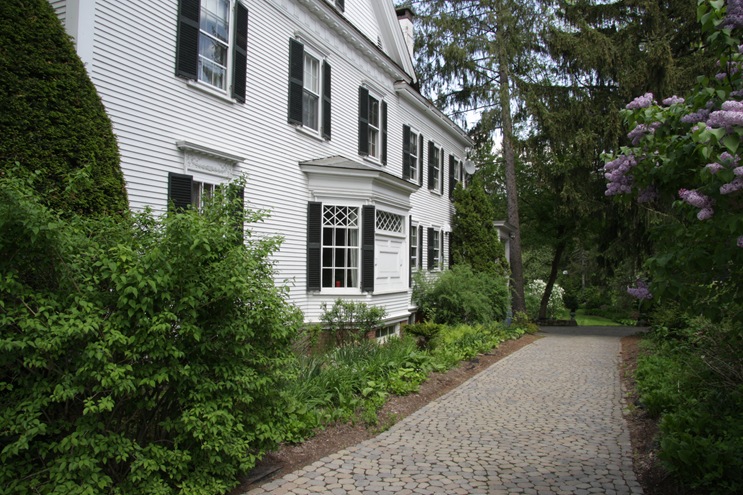 Here is the garage to one place. 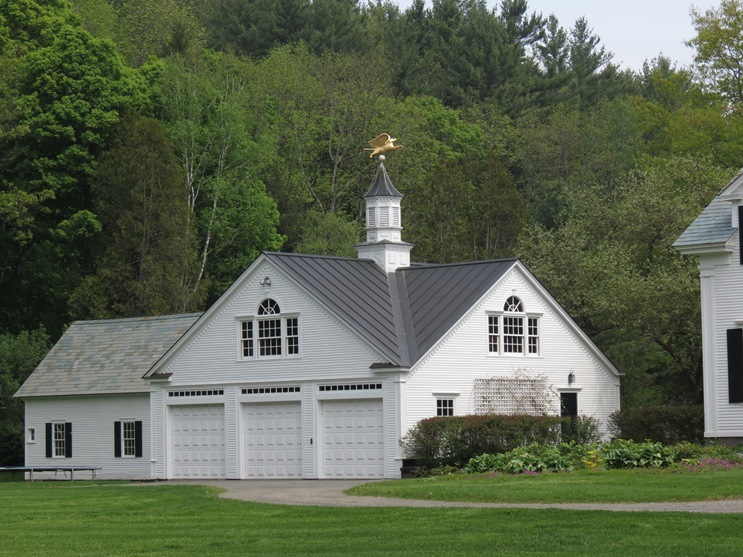 The area north of town used to be owned b three wealthy families, one of which was a Rockefeller. The donated their land to the country and it became a national historic site covered in hiking trails and carriage roads. As part of the donation they stipulated that no wheeled vehicles may use the park. So only hiking and horse back riding and in the winter snowshoeing and cross country skiing.

The hike zigzags its way up 600 foot Mount Tom. We were originally going to keep it short and just go up and back to miss the rain. Once we got going we realized that the rain was not coming so we took the long way back using some of the carriage roads to get down and then walk through town to get back to the car. Overall we did about 8.5 km.

The original planned hike, on the map below,  was just from the bottom of the squiggly bit to the top and back. 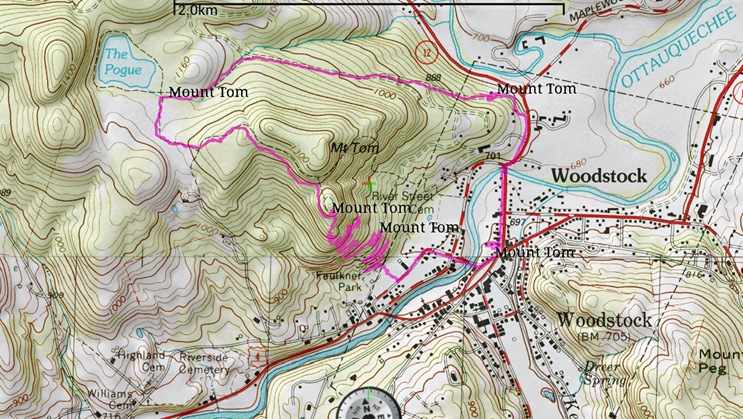 Here is a look at Mount Tom taken on our way back. 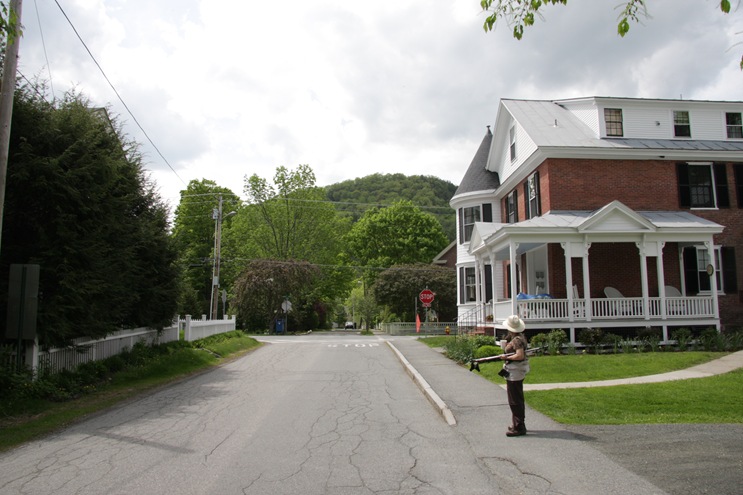 The hike up the hill is one of the easiest we have done. There were so many zigzags and they were so long and flat that you barely knew that you were climbing.  In some places it was just ridiculous because the next level wasn’t much more than 10 feet up the hill. You could see that a lot of people had taken shortcuts. I would guess the direct distance to be about .5 KM but the path took 2.5 km. 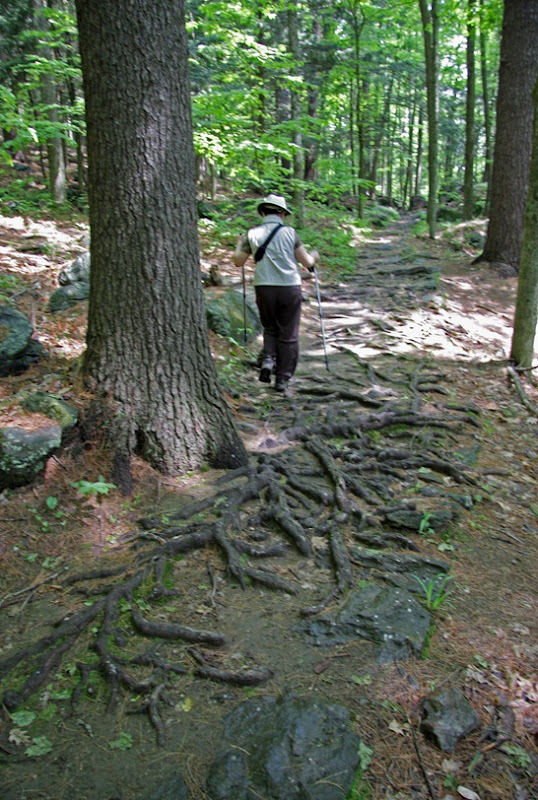 A nice stone bridge. Note that I am standing on the next lower part of the trails and the turn is about 100 feet to my left. 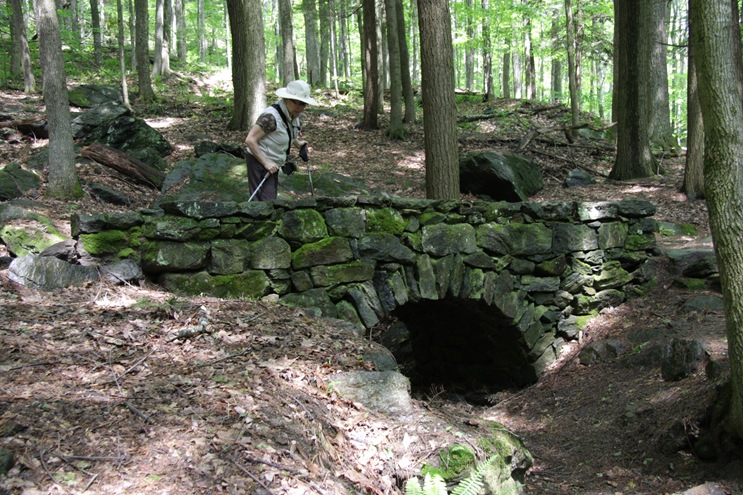 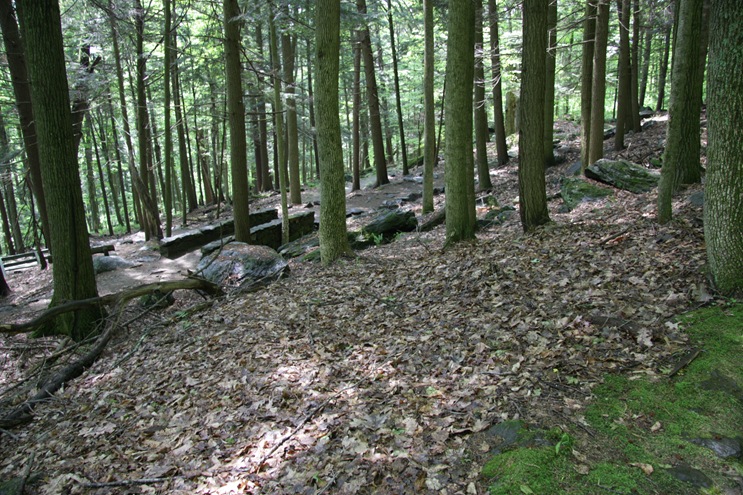 As usual we checked out the sides of the trail. 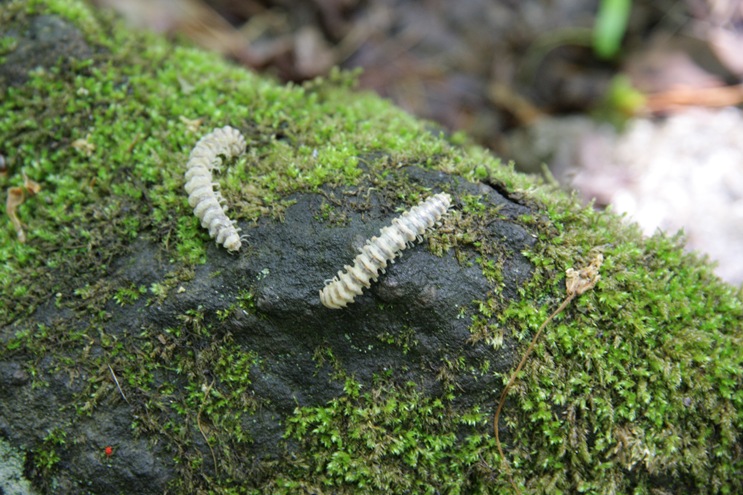 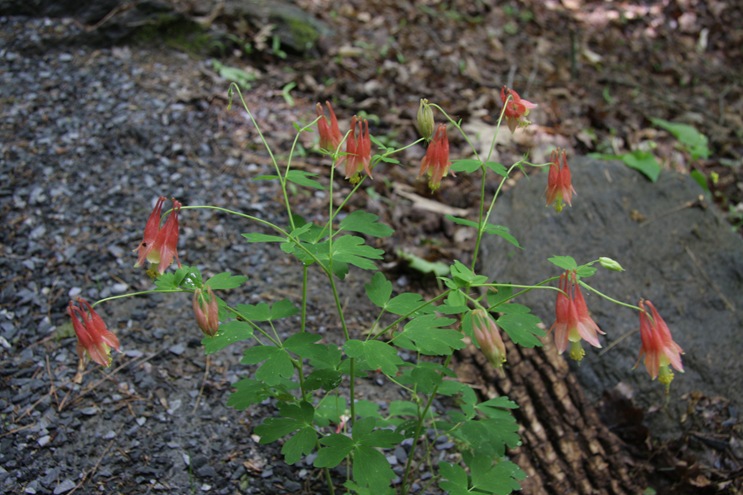 We got to this clearing where the trail seemed to end. We hoped it didn’t because the view was not as good as advertised. 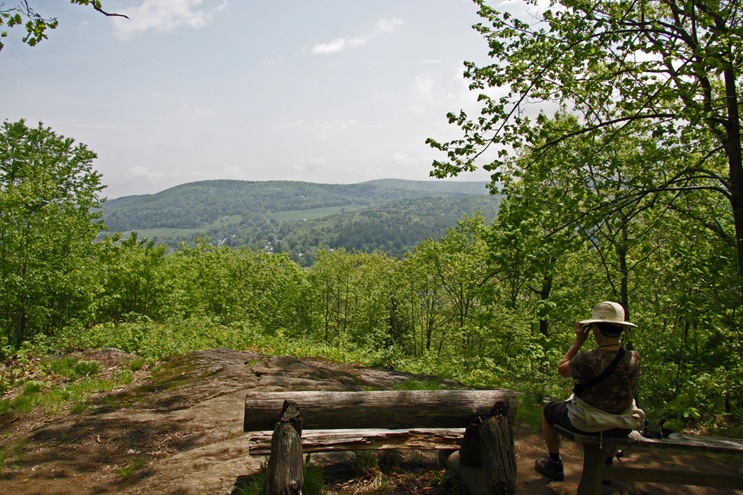 After some looking around we realized this just ended the easy part of the trail. The rest was a short steep climb up to the very top, along a cliff edge. 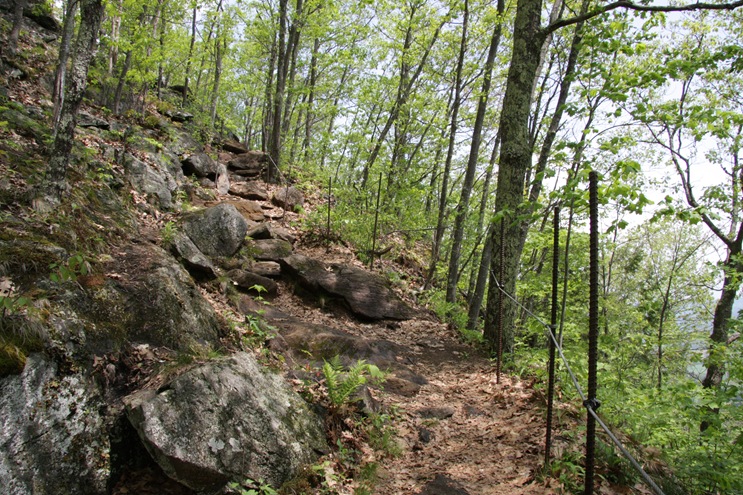 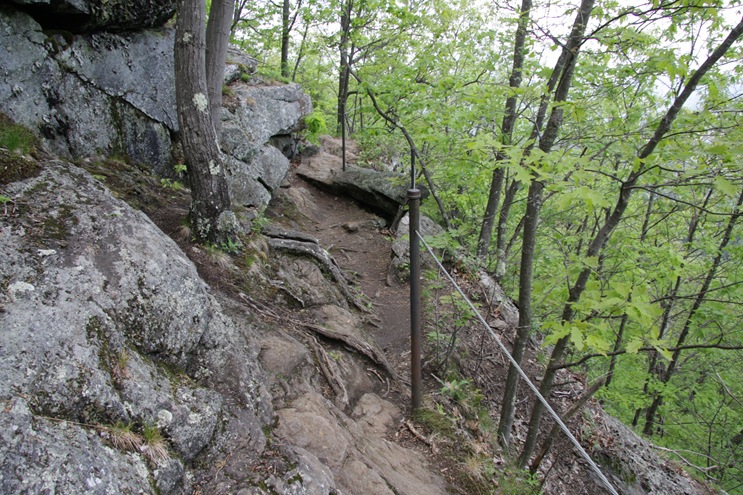 Once we got to the top this was the view back down to Woodstock. As I said it was much better in person. 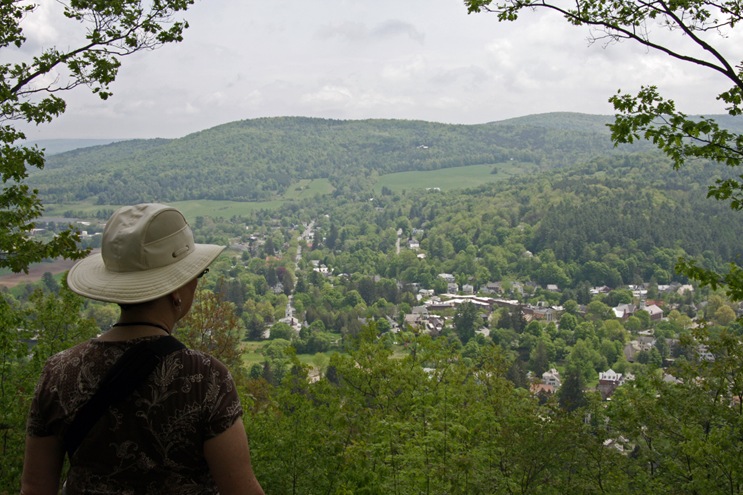 Lunch time. We got there right at noon and some church bells from town serenaded us with quite a long song. 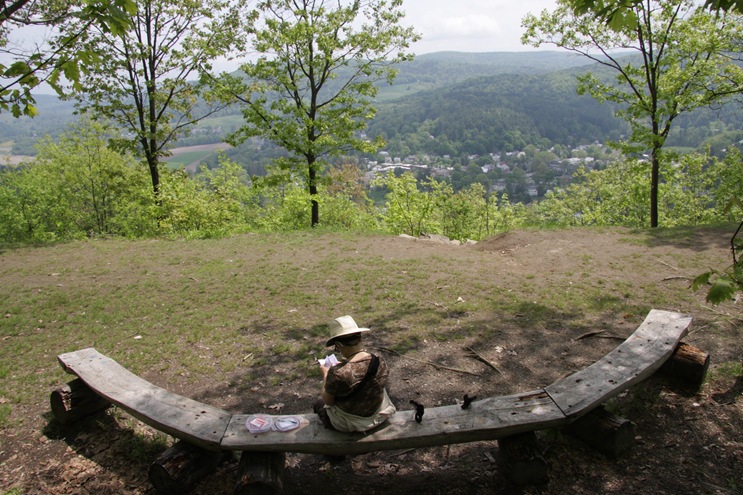 There is a carriage road that circles the top and then goes down the back side. Notice the horse hitching post below. 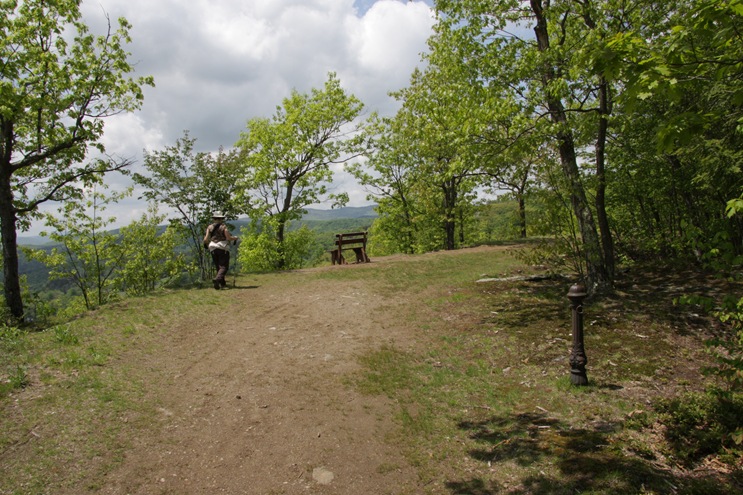 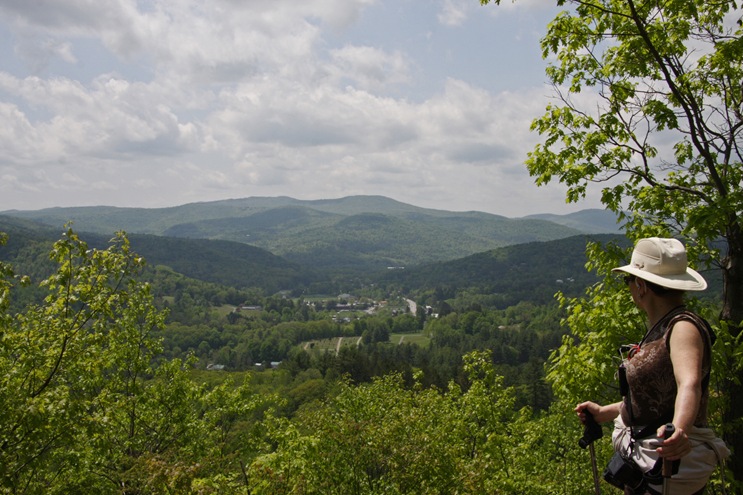 Back down the road. It had gotten quite humid and it was nice to be in the shade. 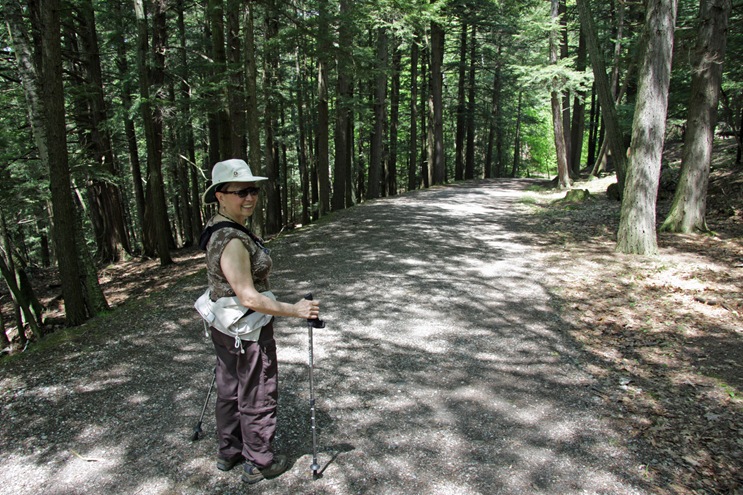 A watering trough for the horses. 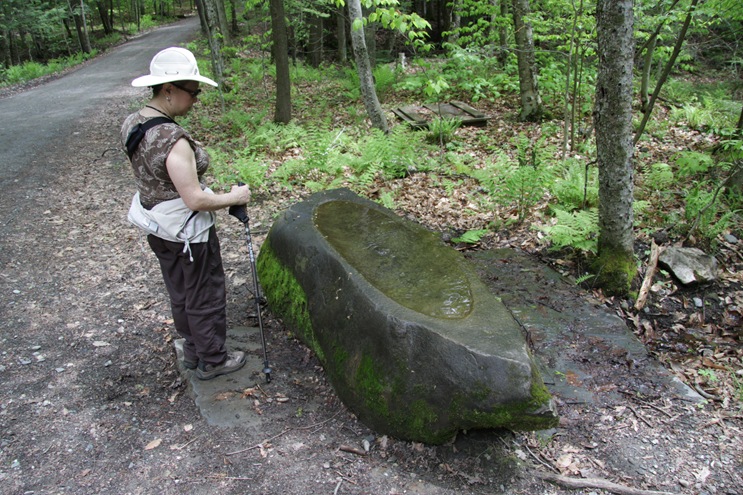 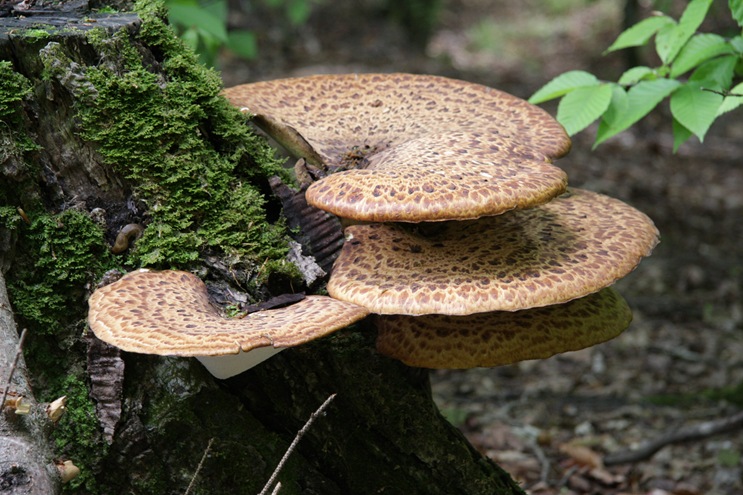 Near the bottom was an exhibit of some of the carriages. 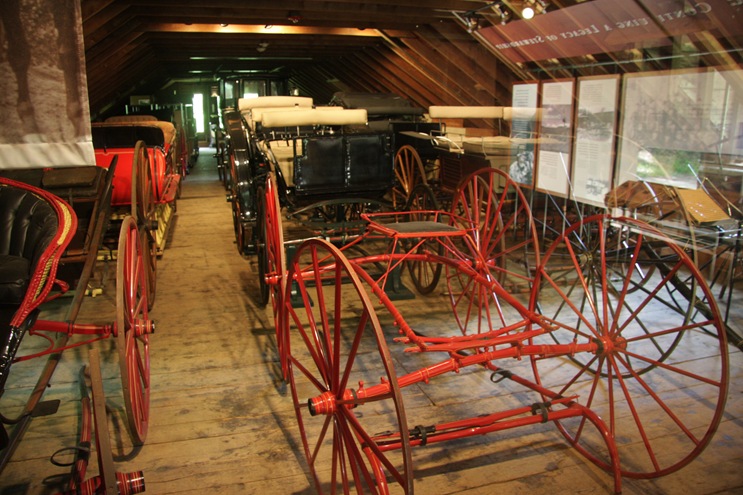 Walking back through town we came to this bridge. If there is water, Jennie has to investigate. 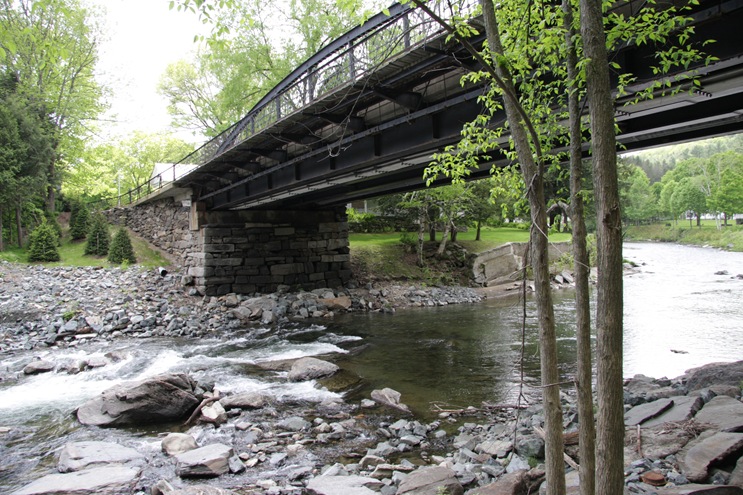 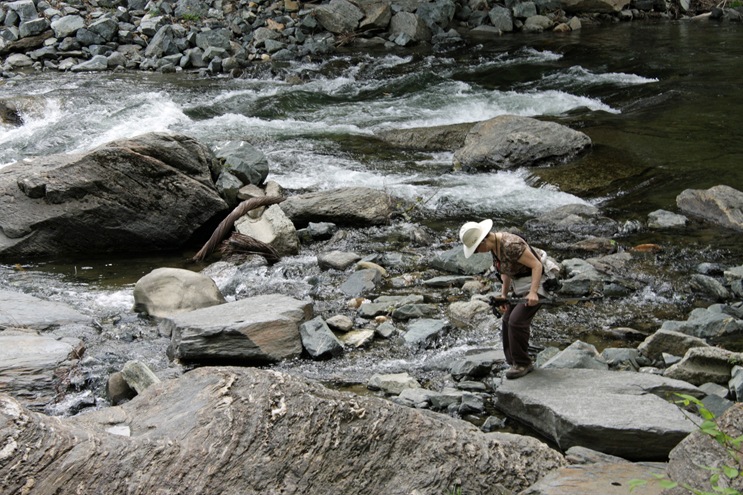 Back up to street level. 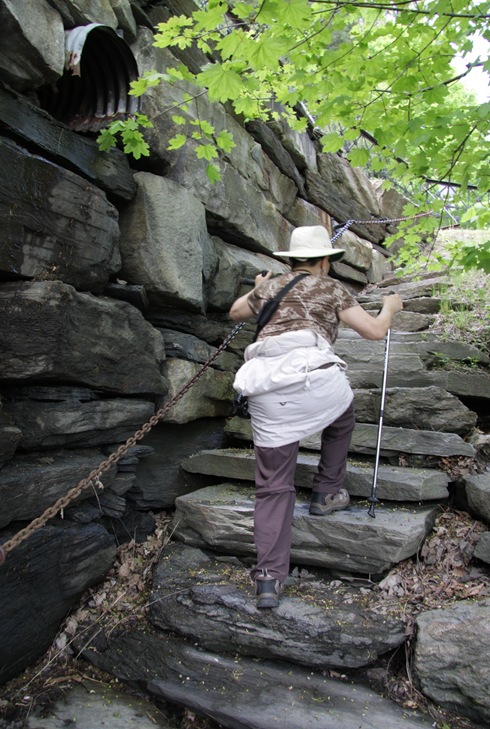 We are not sure if this is the church with the bells that we heard. 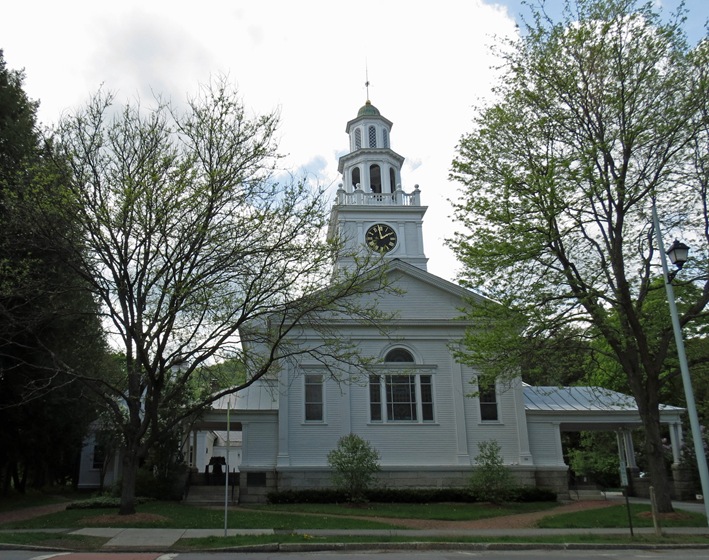 We stopped in at the town general store. It was a huge place with nooks and crannies filled with everything you could want. 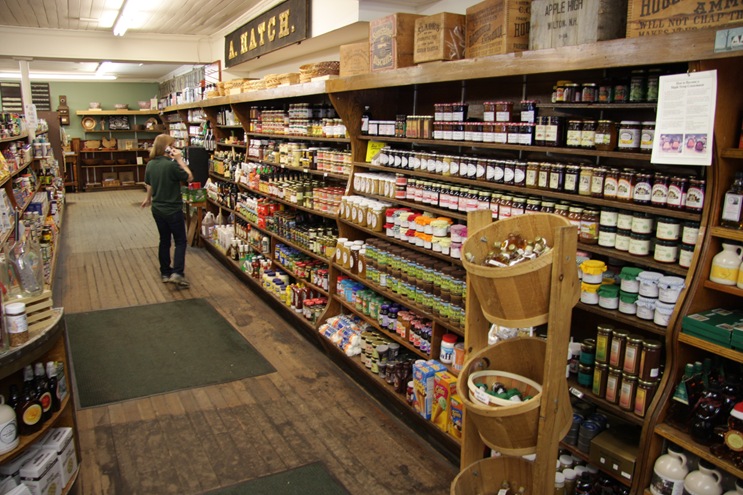 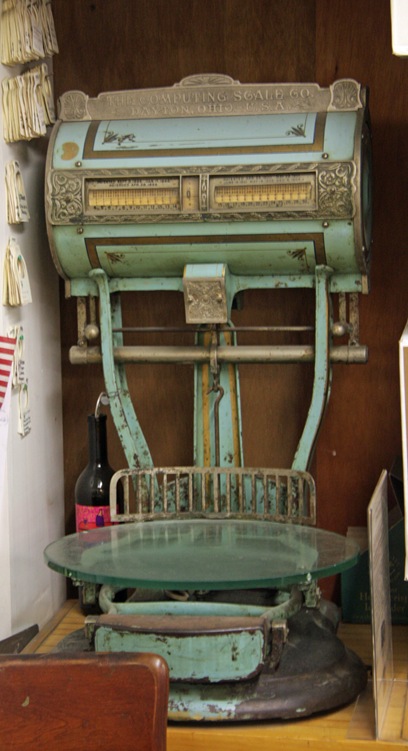 And finally we walked over our first covered bridge on the way back to the car. 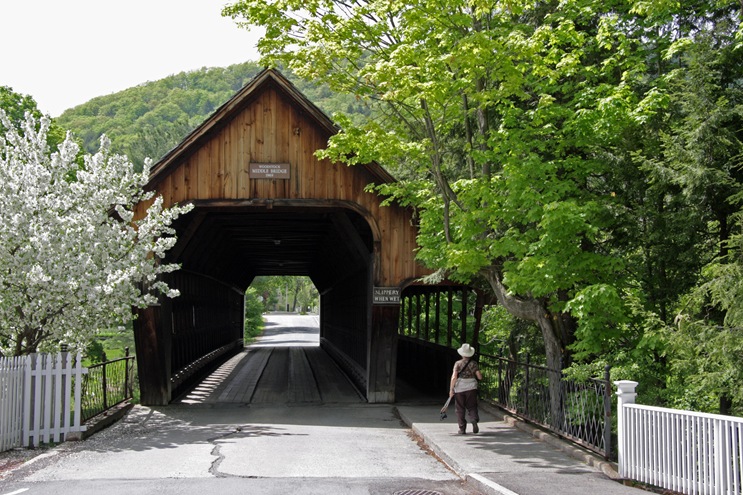 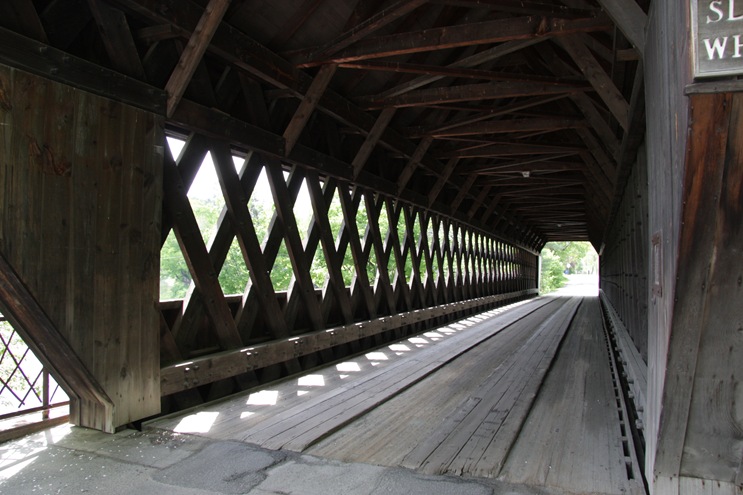