Yesterday was the perfect day for Jennie to stay in bed with a heating pad around her neck. It was cloudy, cool and rained on and off. By last night she was better. Not 100% but she is able to move around without too much trouble.

Today we planned to take it easy and just do three short hikes in the state park. In hindsight even that was too much. We should have just done two.

LOTS of waterfall pictures today. I just can’t resist including them. Also a lot of HDR pictures because of the deep shadows and bright sunlight. I still haven’t gotten them the way I would like. They just don’t look natural.

First up was a short 1/2 mile hike up to Artist’s Bluff. The way up was mostly steep stone steps but it was quick climb. 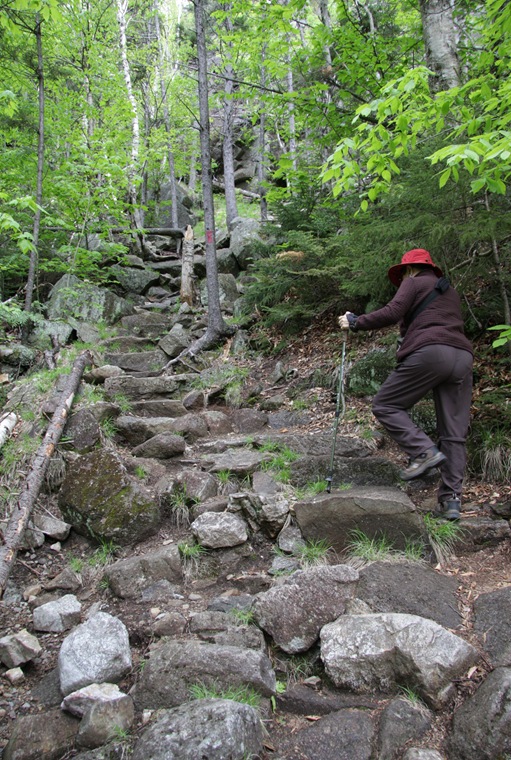 Sure enough up at the top there were artists. 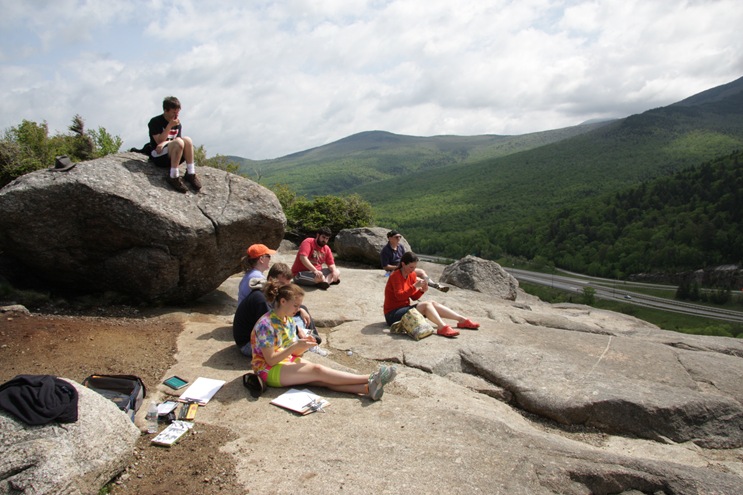 I gathered that they were a youth group on a trip. Some were biking, some drawing and some were learning to rock climb.

I took this picture on the way back down. 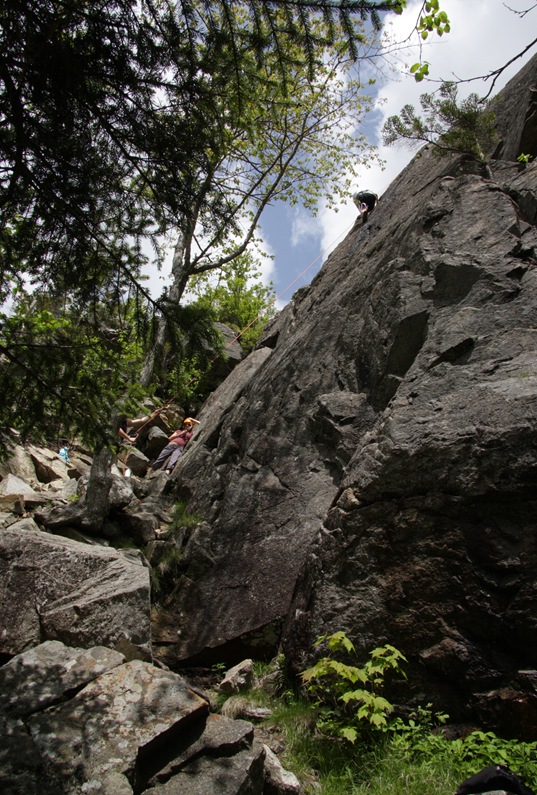 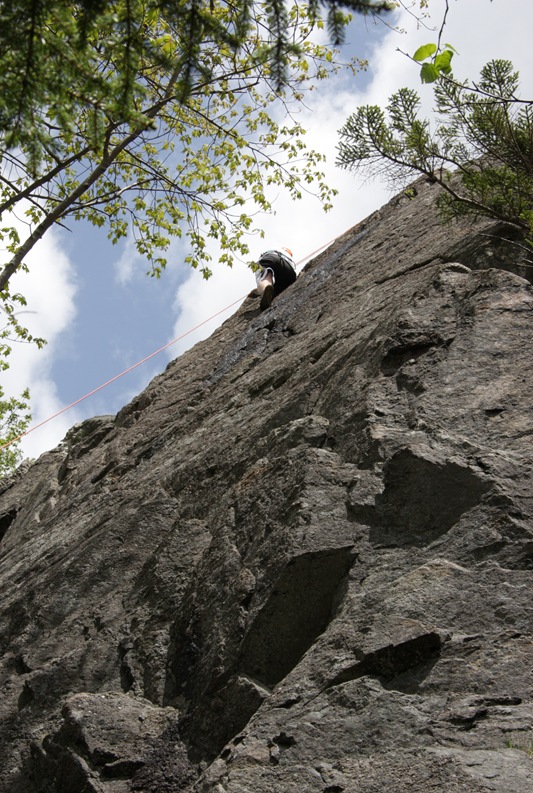 And this one while we were at the top. 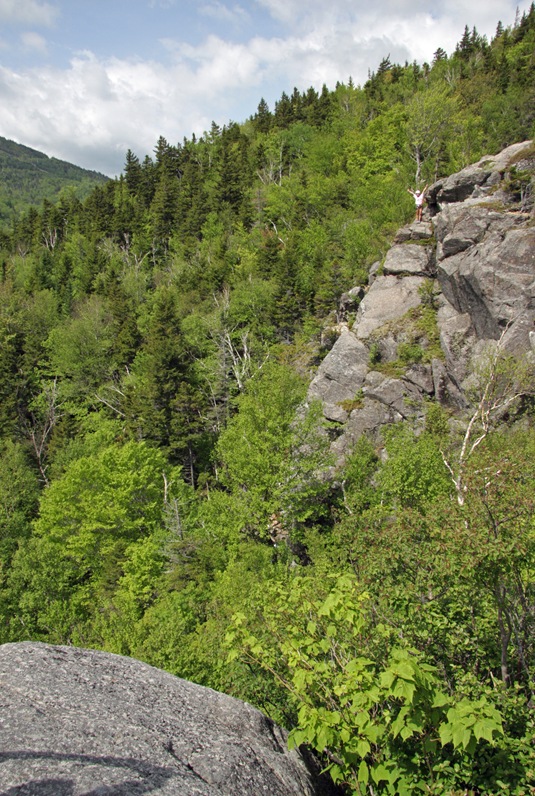 For such a short hike the view was pretty good. Cannon Mountain Ski Resort and Echo Lake. 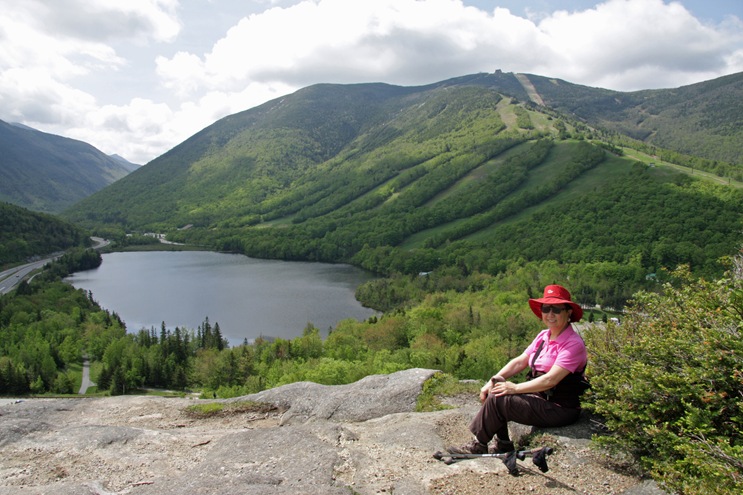 Interstate 93 going through the notch. 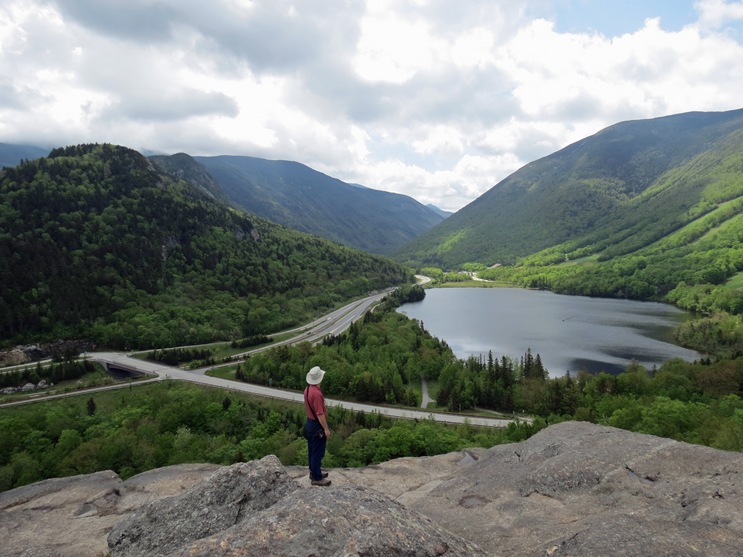 Back down we go, after a nice long look. 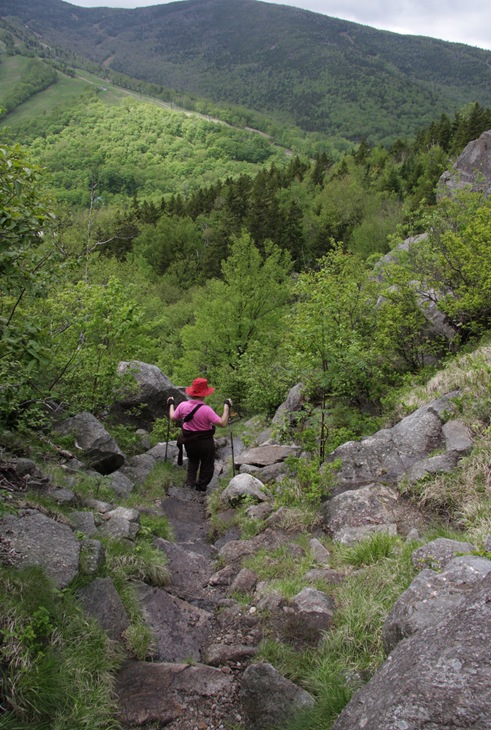 A bit father down the highway we stopped at The Basin, which was right beside the road. The Pemigewasset River cascades over some rocks and the swirls around in a big bowl before it continues.

First we looked at it from one side. 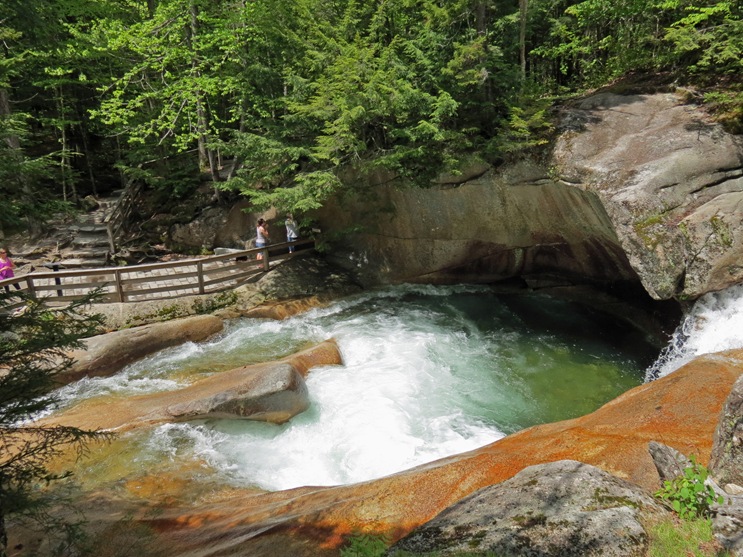 Then we crossed a bridge to get the other view. The rock in the middle foreground is called the “Old Man’s Foot” 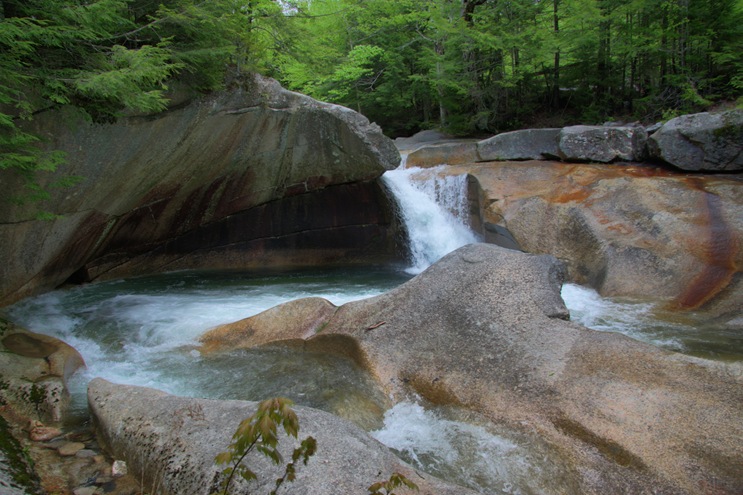 We had our lunch here. 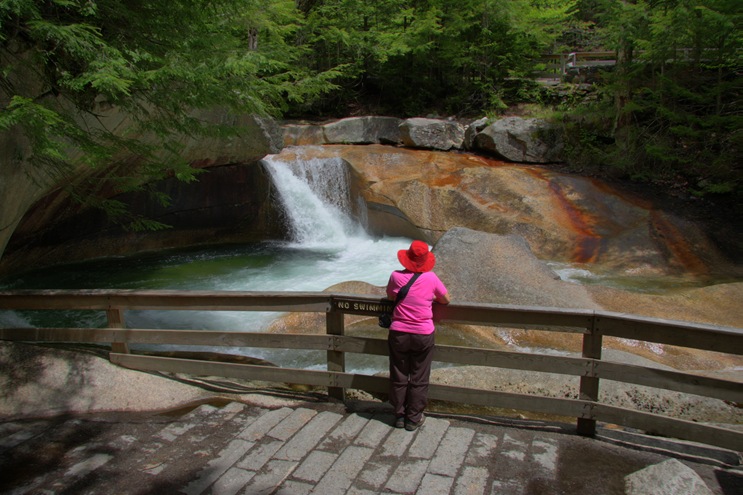 The river was split up into many section here. Beside us was a nice little waterfall. 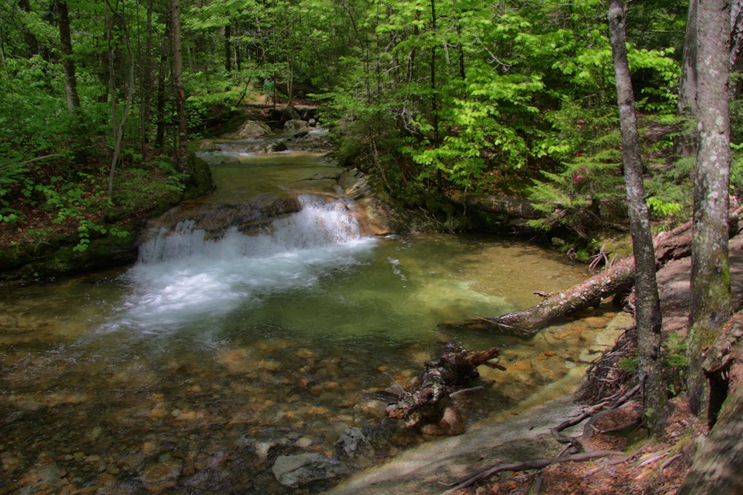 We walked beside this narrow chute. 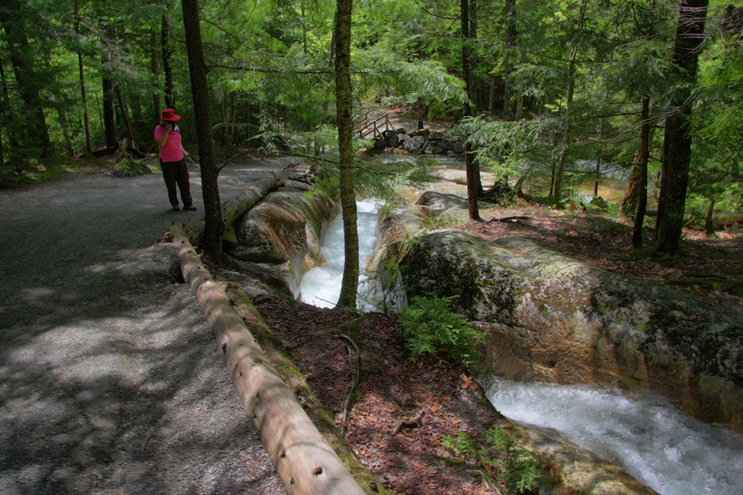 Which then did a roaring S curve. 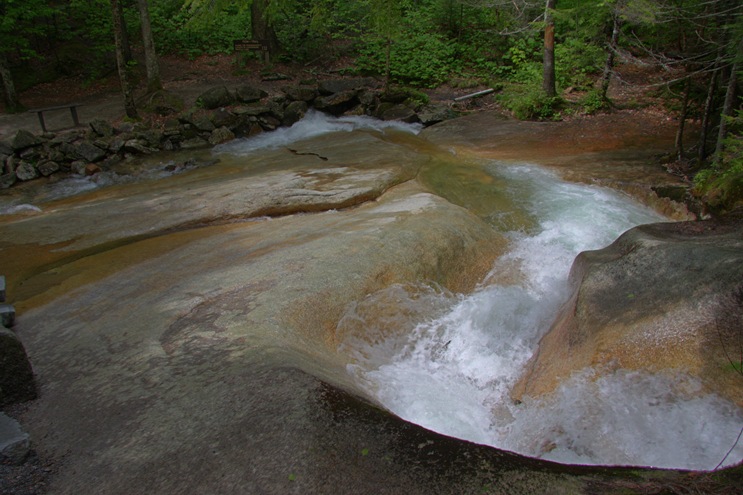 From here, we took Cascade Trail which went up the hill a bit. It had been recommended by a person at the information center. Naturally it was a stream cascading down over these wide rock ledges. 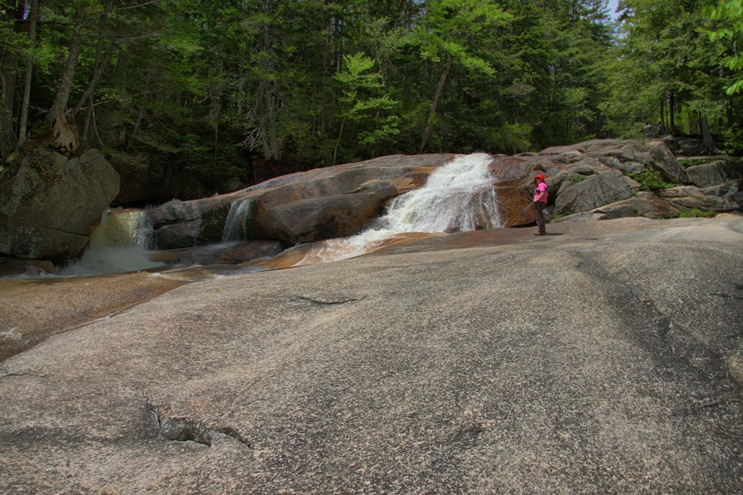 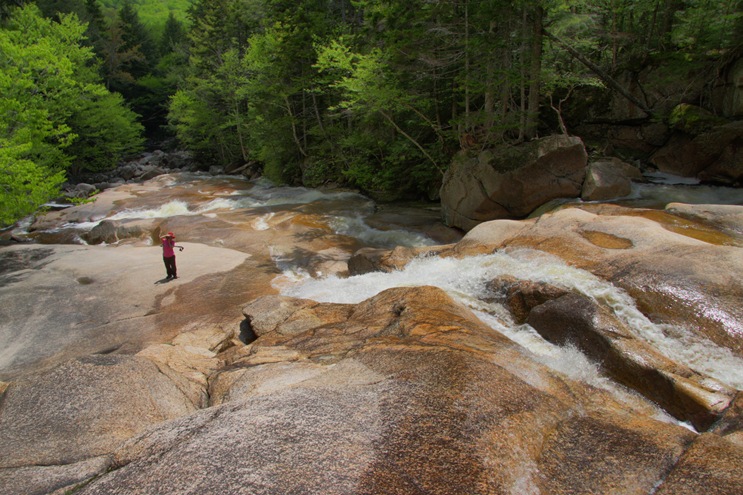 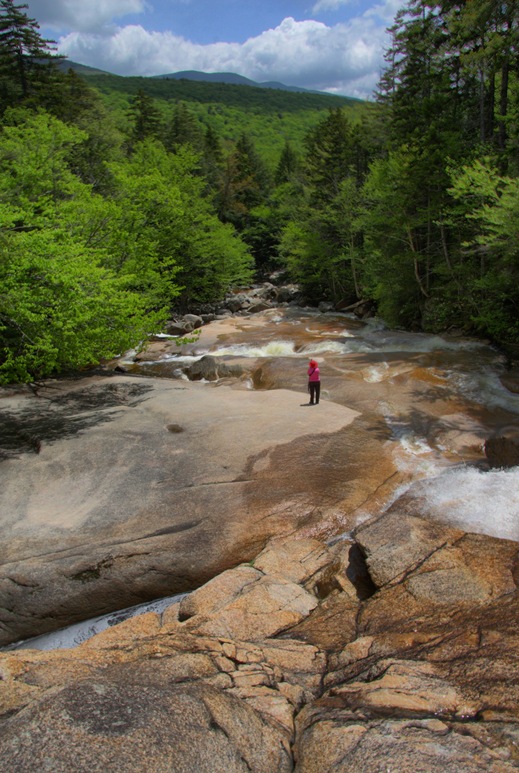 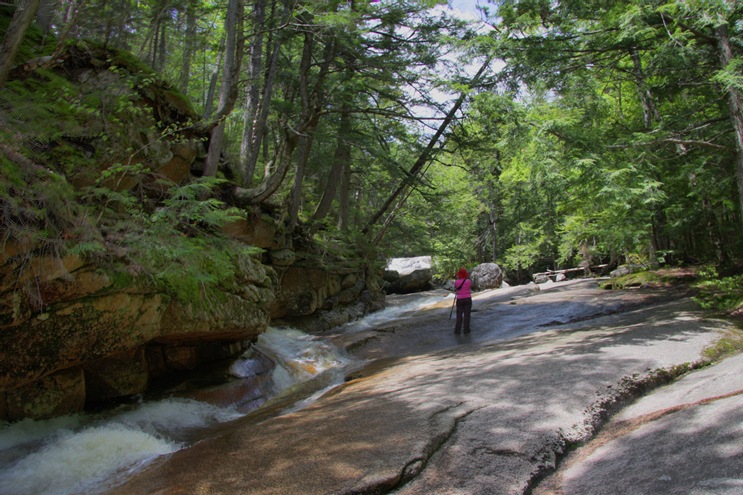 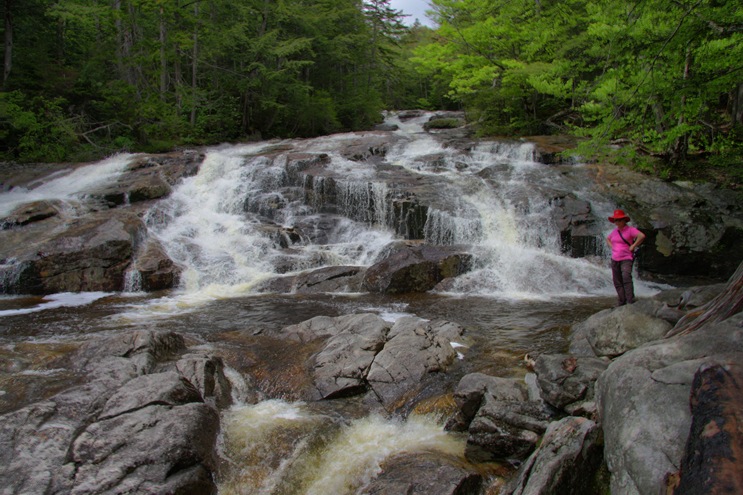 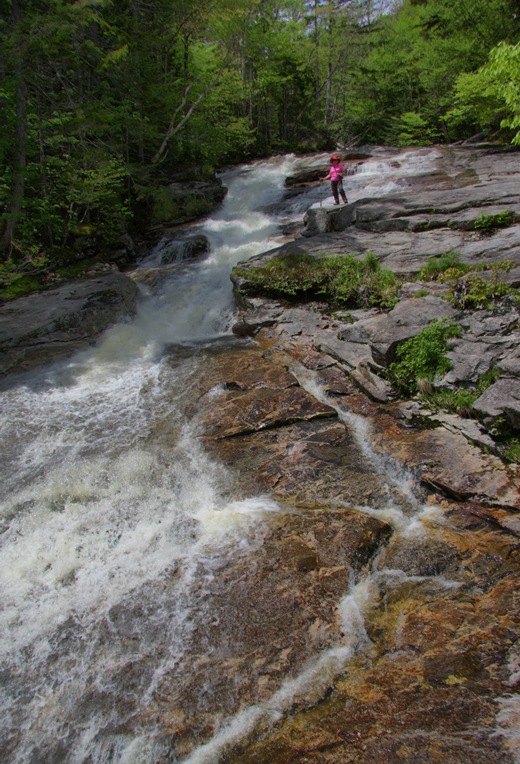 After about 1/2 mile of gentle climbing we got to our destination of Kinsmen Falls. 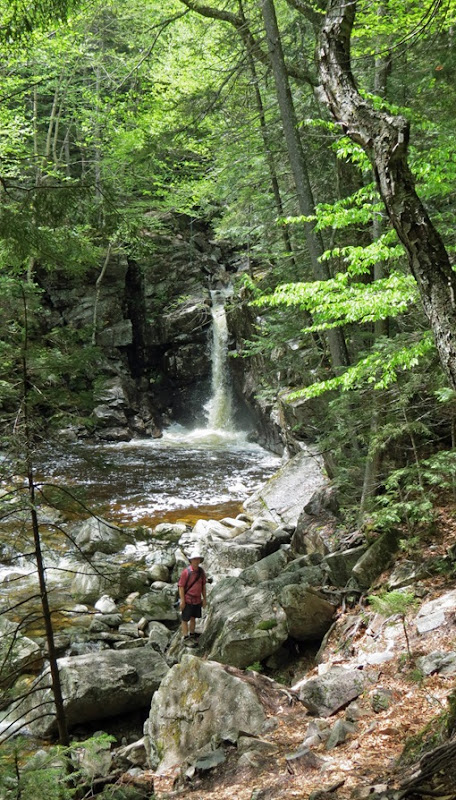 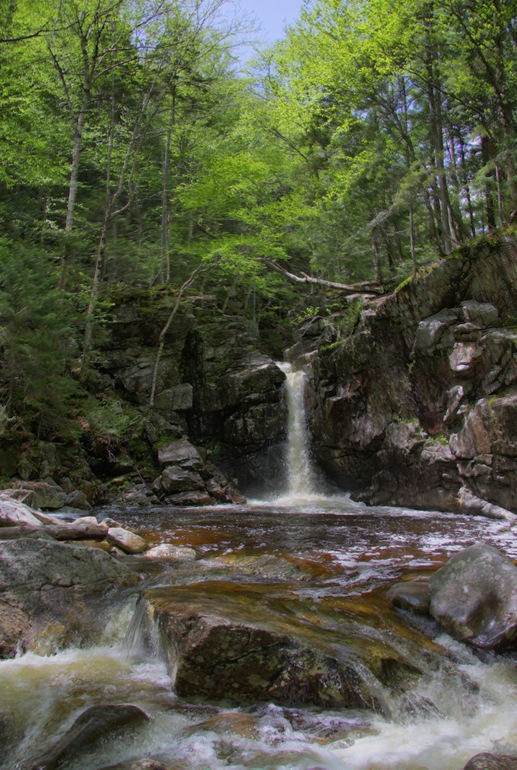 We then headed back to the car and drove a little farther south to the park visitors center and paid $15 a person to walk up to the Flume Gorge. The trail is a 2 mile loop. You walk up a steep gravel path until you get to the gorge and then you are on a walkway bolted to the side. Some of the spots were not a happy place for Jennie.

It was actually pretty cool. The picture don’t do it justice because it was so narrow and the sides we so tall. 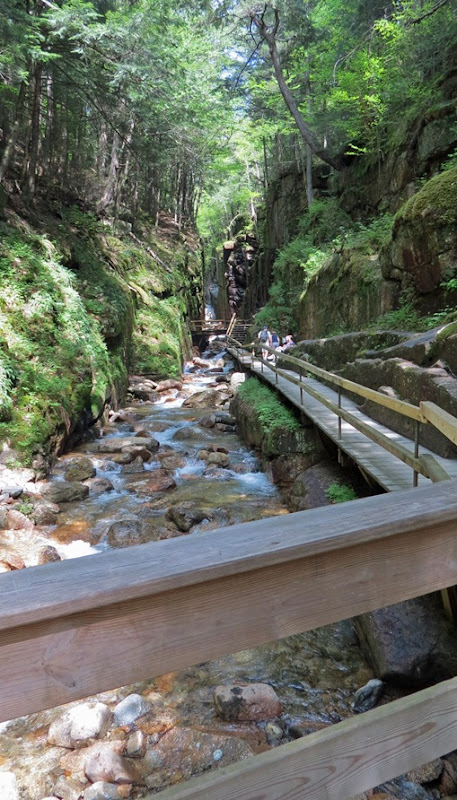 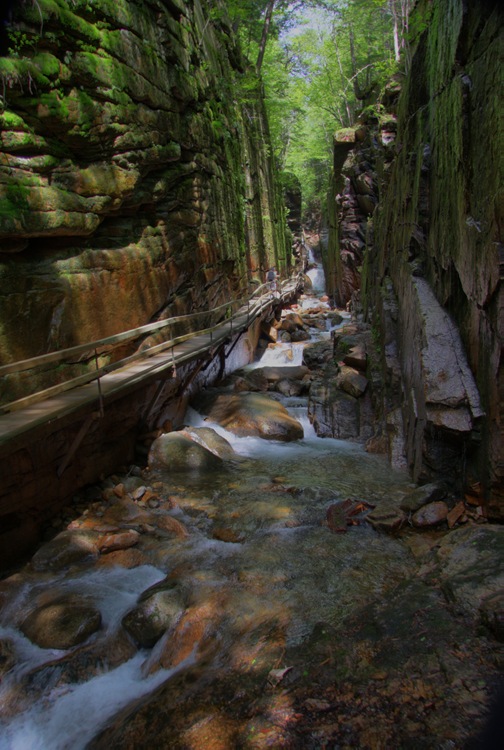 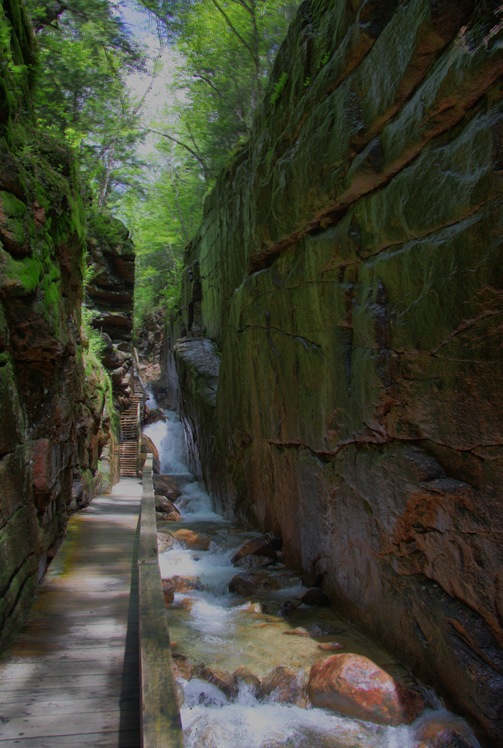 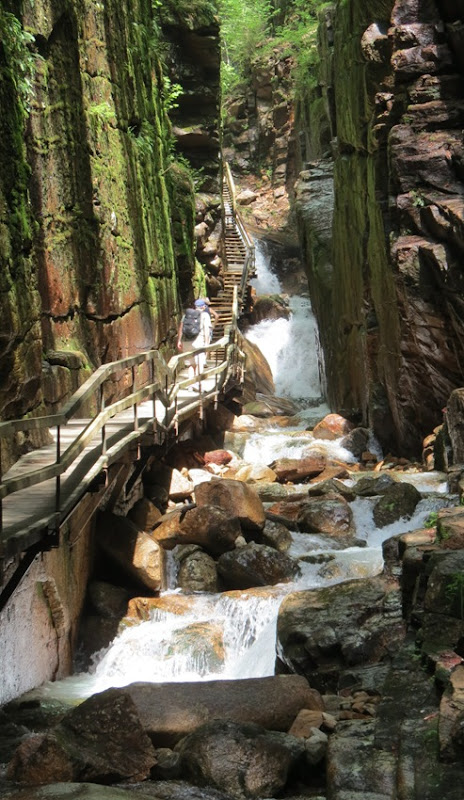 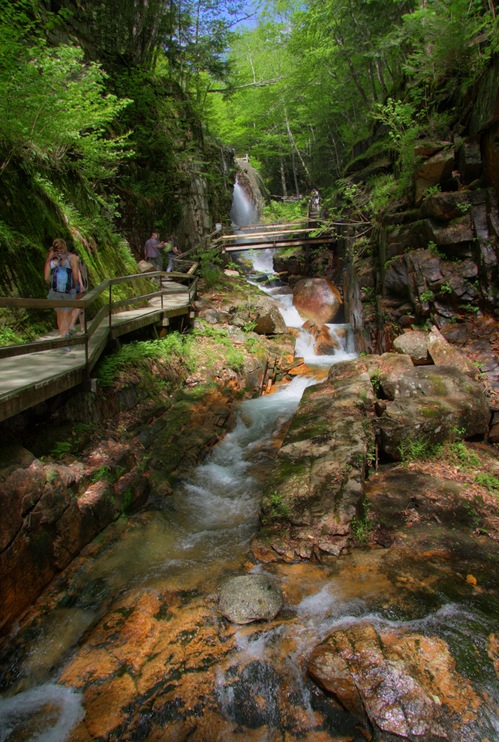 Then we started the long walk back. At least it sure seemed long because by now we were quite tired. 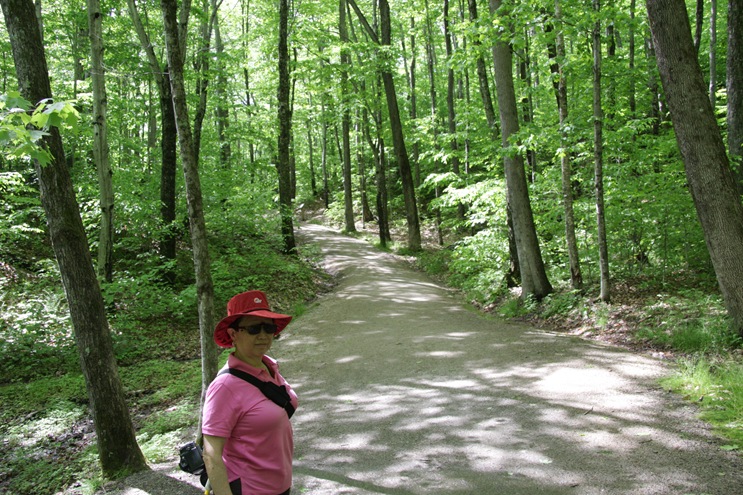 We walked alongside this other gorge with a feature called The Pool. 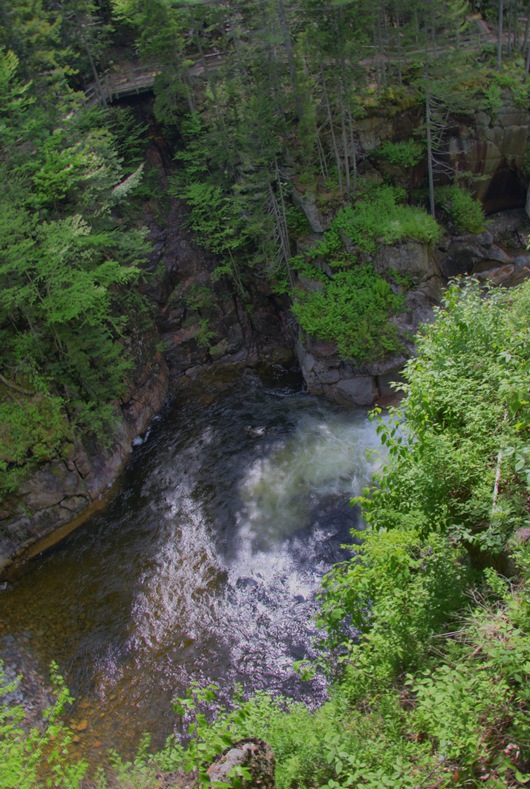 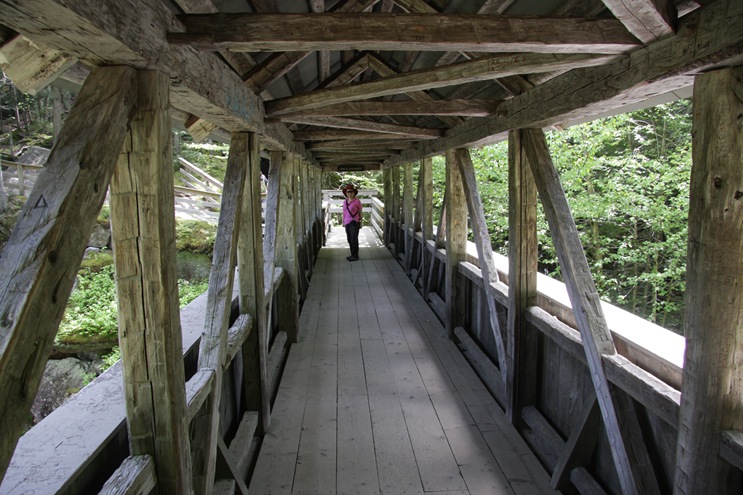 We rewarded ourselves with some ice cream and then headed home.