We had a bit of a hardware meltdown last night. The display on my laptop started flickering and then it crashed. When I rebooted the display was garbage. It looks like the video process is bad. I looked on line and it is a common problem with this laptop. To fix it you have to replace the system board. It is a 6 year old machine running XP so I think it is finished.

Thankfully Jennie has exactly the same machine so I just took the hard drive from mine and booted it in hers. Since I have a lot of software installed on mine for which all the install discs are at home, it looks like we will get Jennie a new machine and I will keep using hers. My only worry is that Microsoft is going to complain that the drive is in a different machine that it was installed on, making it look like I copied the drive.

Meanwhile back on the ranch, it was another nice day not to be wasted. The Kancamagus Highway is a Scenic Byway that runs through the middle of the White Mountains National Forest.

It was supposed to have some good views and we stopped at all the view points but nothing made us say wow. The rest of the time we mostly just saw the trees beside the road. 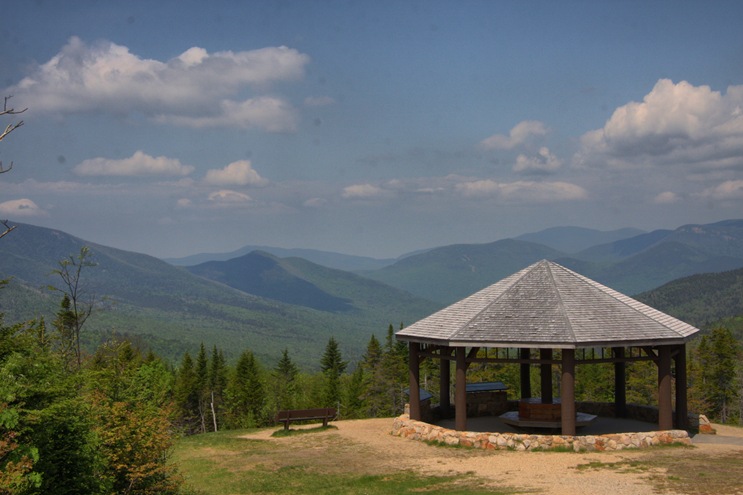 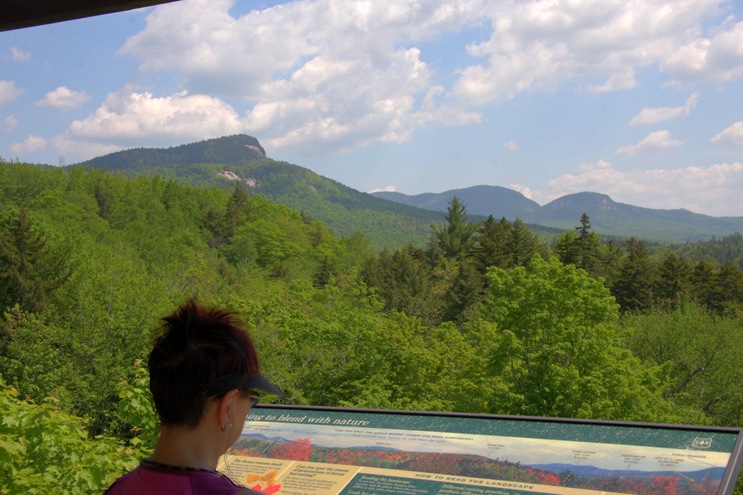 One attraction of the highway is that there are lots of ups and downs and it is very twisty. The bikers, motorized and not, seems to really like it.

At one viewpoint there was a bunch taking a group shot. The camera was perched on a giant Harley so I offered to take the shot. We saw a lot of groups go by. 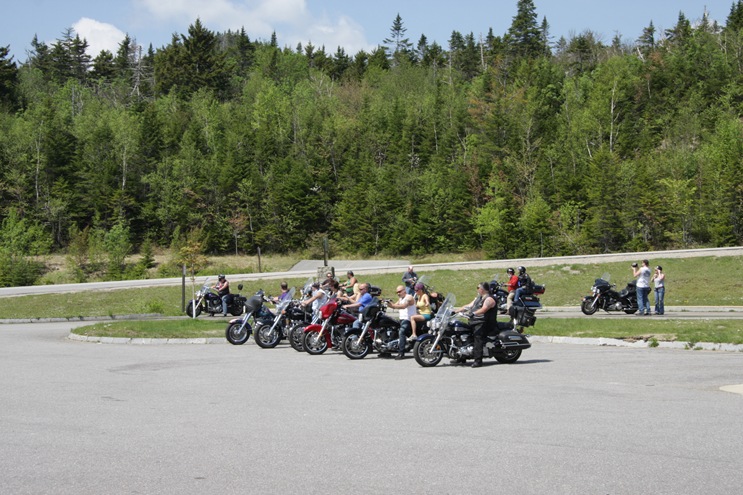 Our first real stop was Sabbaday Falls. Sorry for more waterfall shots but this should be the last for a while. It was a 0.3 mile walk up to the falls. 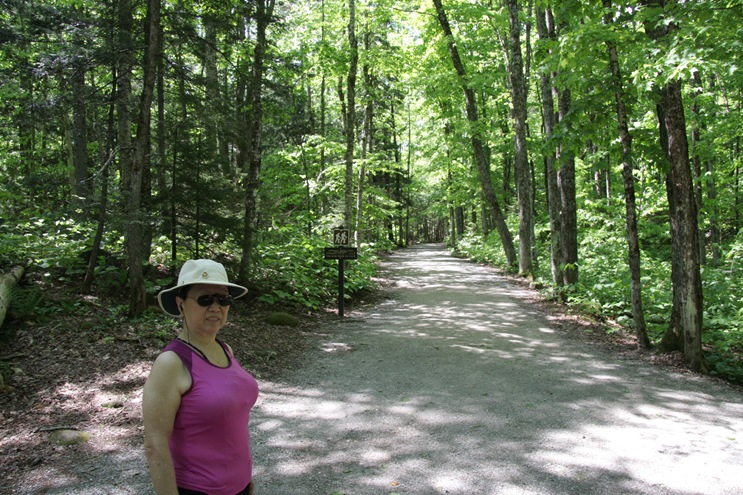 A nice hollowed out gorge. 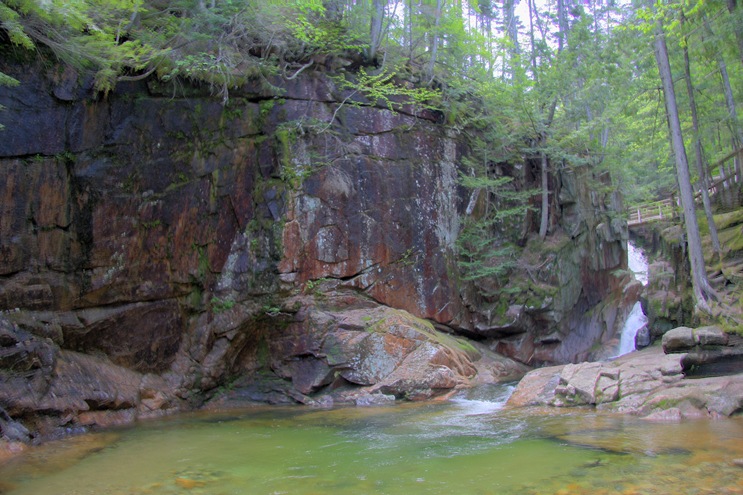 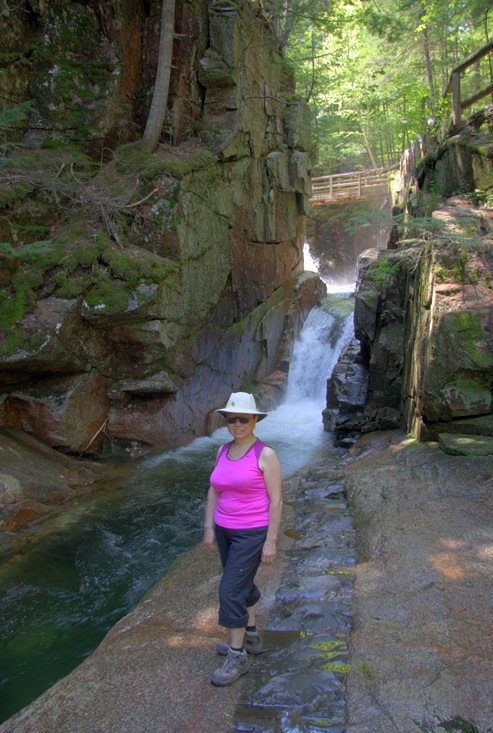 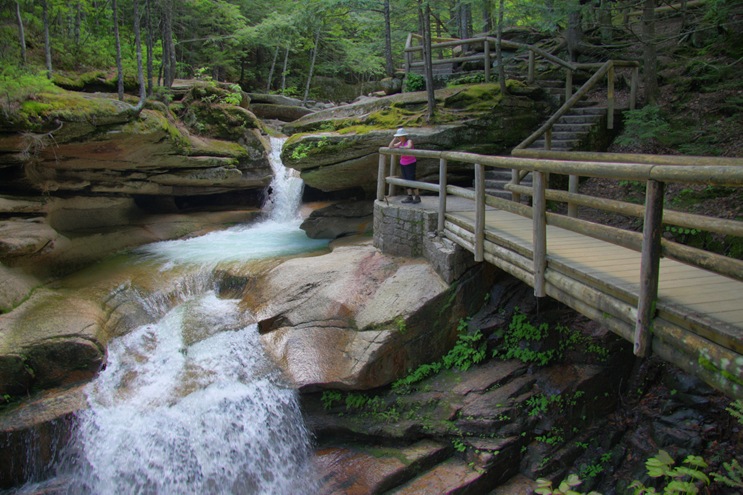 We sat and had lunch just above the top of the falls. The next stop was called Rocky Gorge. It was right beside the highway. 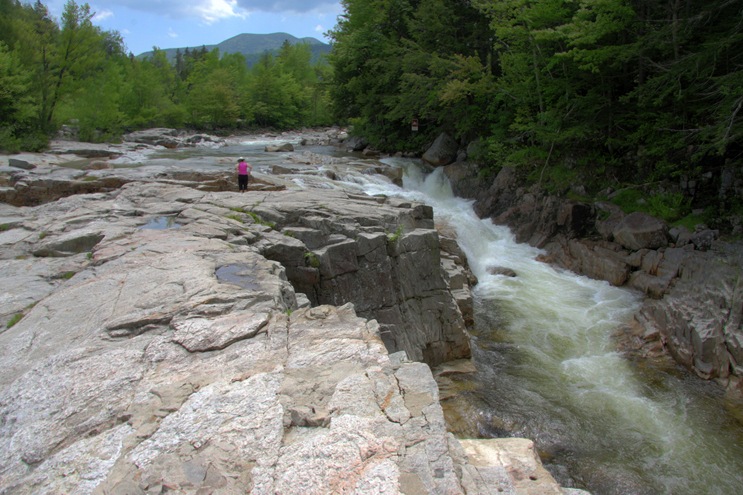 Our final waterfall was called Lower Falls. It was not much of a waterfall but it was a popular location because it is relatively safe to swim here. 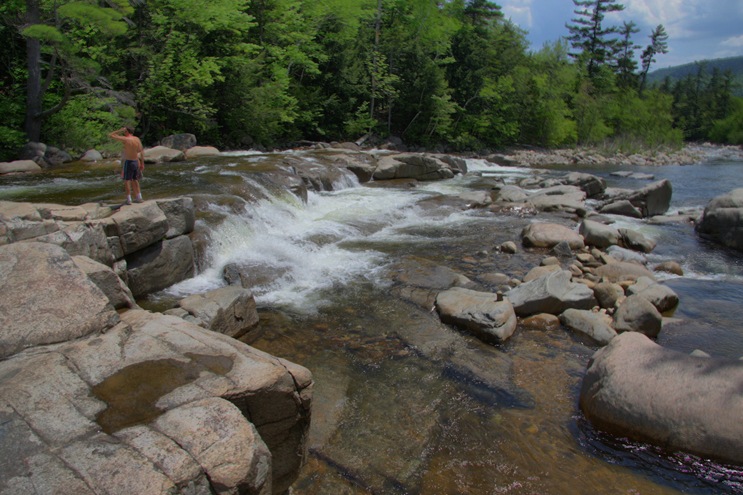 We saw one guy go in and lots of kids in bathing suits but the water sure was frigid.

On the way back we stooped in the somewhat larger town of North Conway to get some groceries and checkout computers. On advantage of buying it now is that New Hampshire has no sales tax. I have to do some more investigation.

I was going to hit another scenic spot but it was very hot and humid so we just headed home. On the way back I spotted these interesting cliffs. 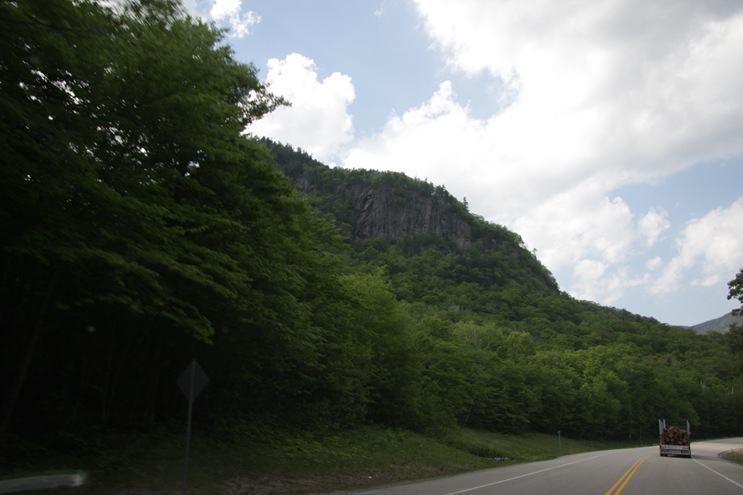 As we passed them I realized they were the ones that almost killed us on that long hike the other day.