Just across the lake from us is Skaha Bluffs Provincial Park. I knew that it was primarily a place for rock climbing but I had read that it was also a good hiking destination. For us, it was not!

The park seems to be divided into two parts. The climbing area and the multi-use area. 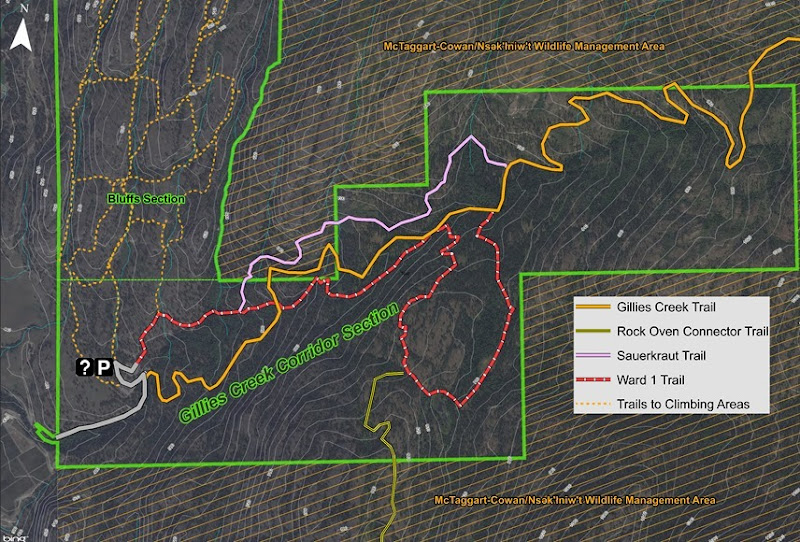 I wanted to watch some climbers so we went to the climbing area. That was my first mistake. Right at the start there was a sign saying that the “trails” in this section are mainly just to access the climbs so are quite rough and not really for hiking. Second mistake. How bad could they be?

The walk out from the parking lot was wide and flat. 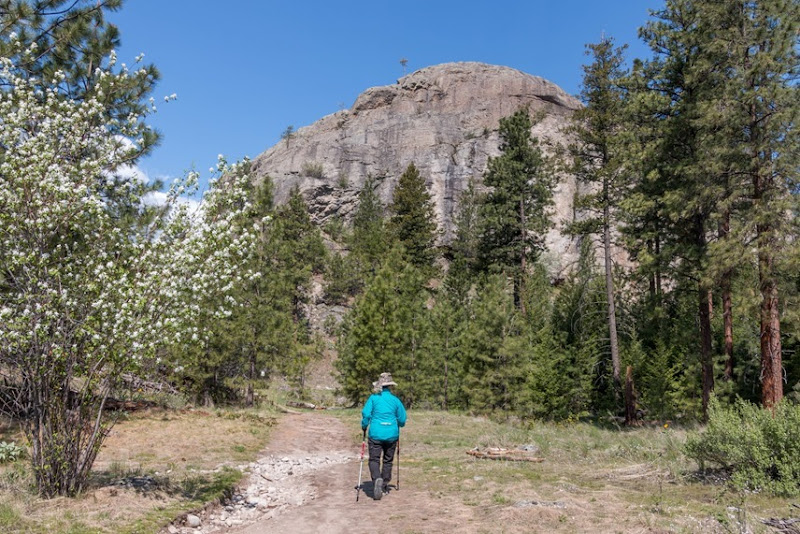 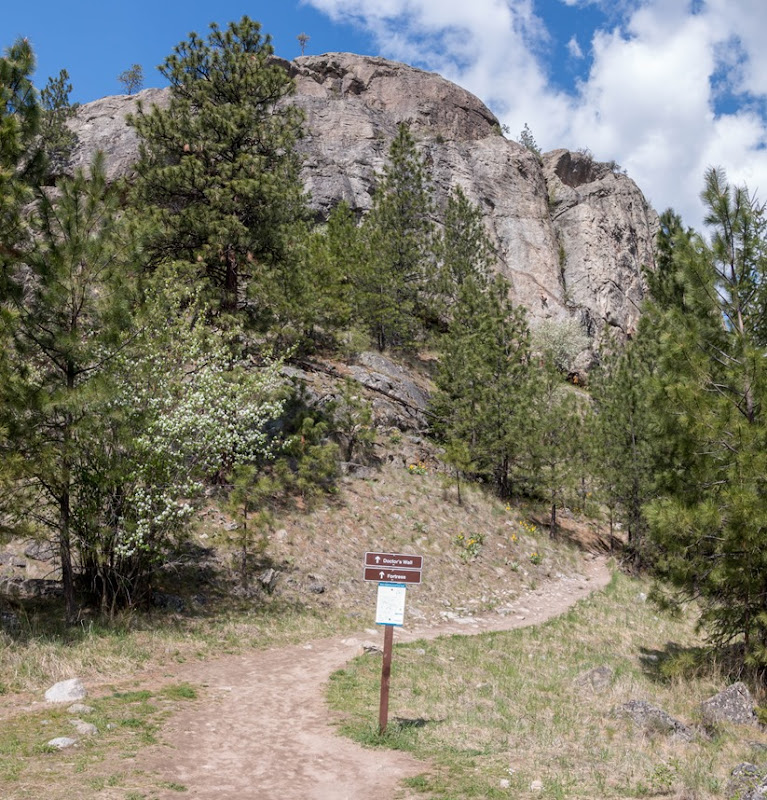 It got rougher as we climbed along the bottom of this rock face. 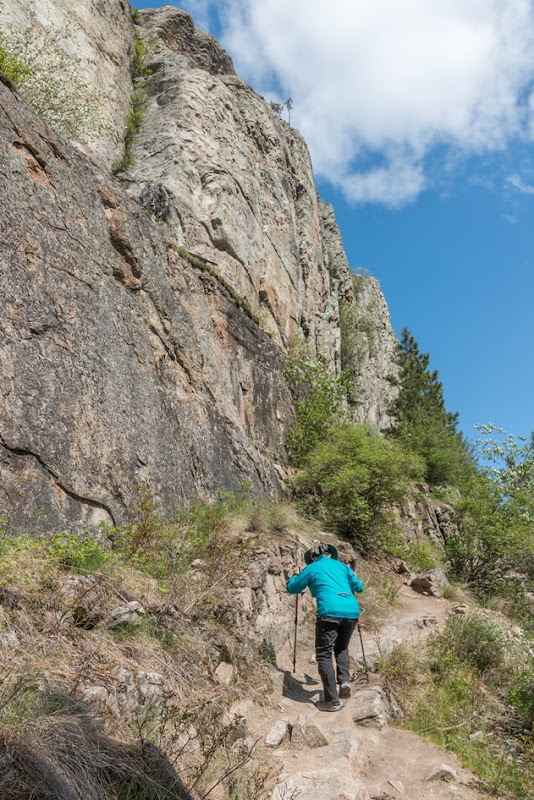 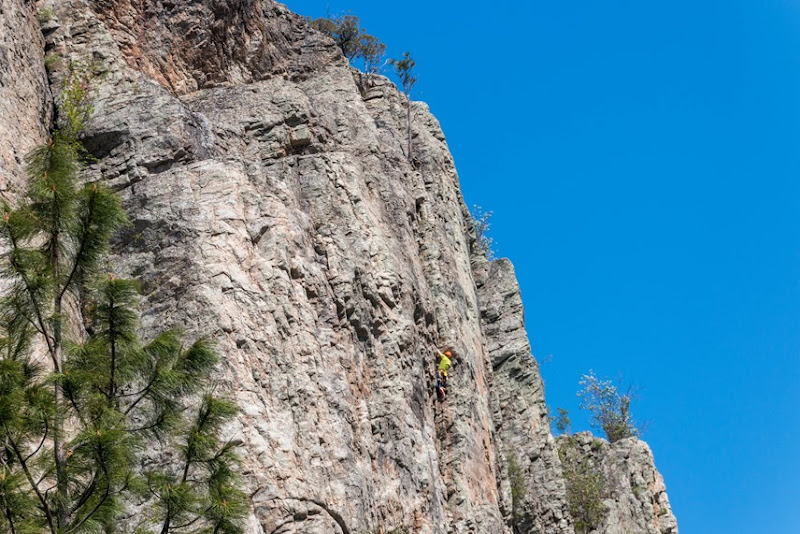 Quite a bit rougher. 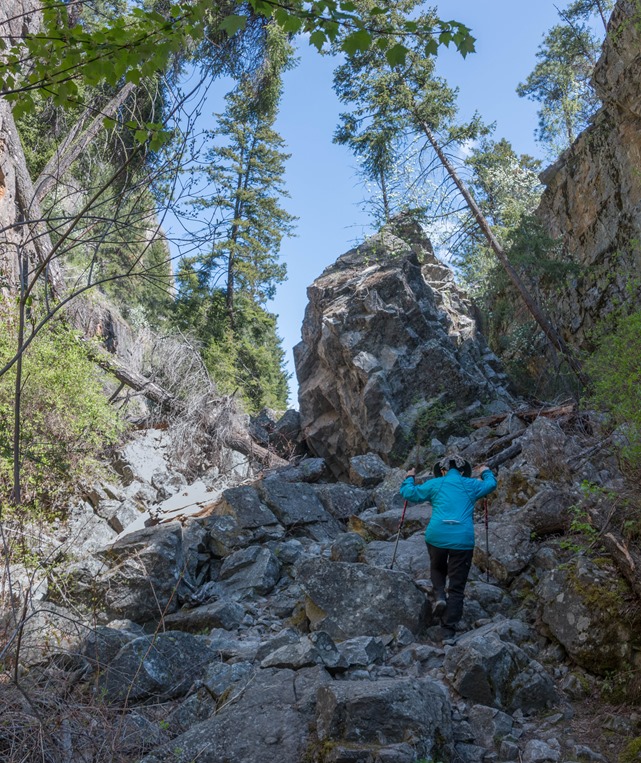 There were a lot of climbers here. Mostly very young and fit but there were a few more middle aged people as well. 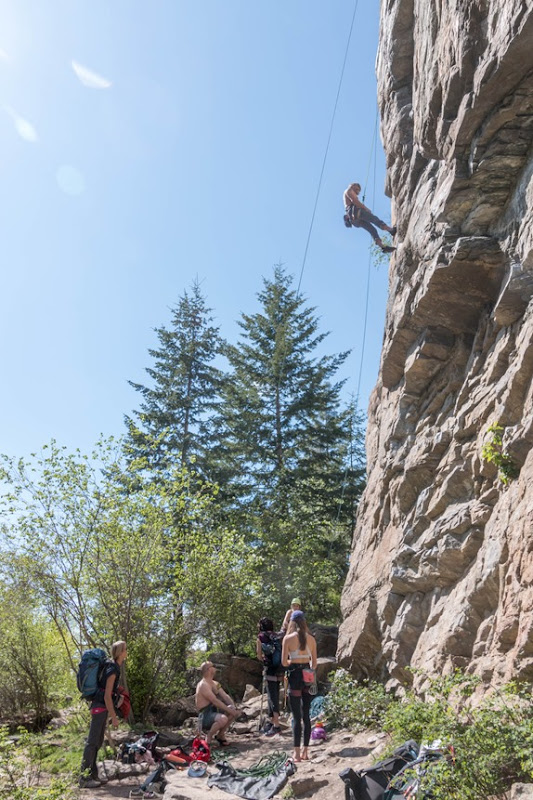 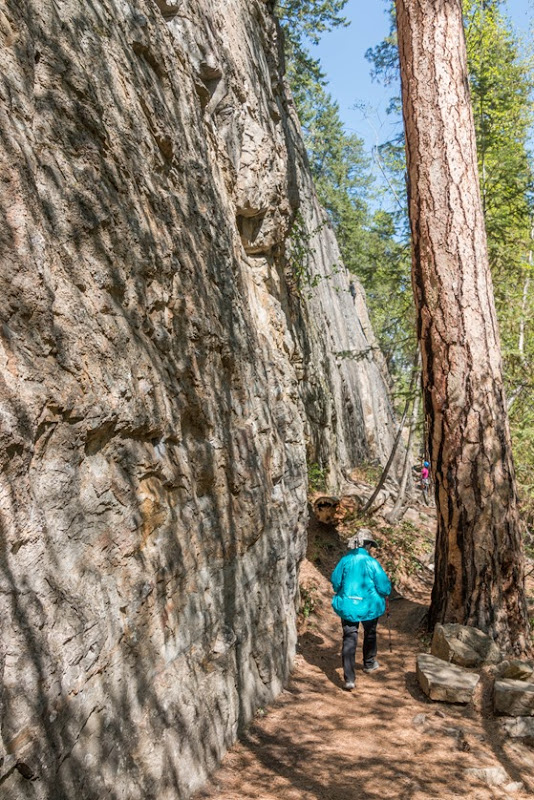 Tiny person up the wall. 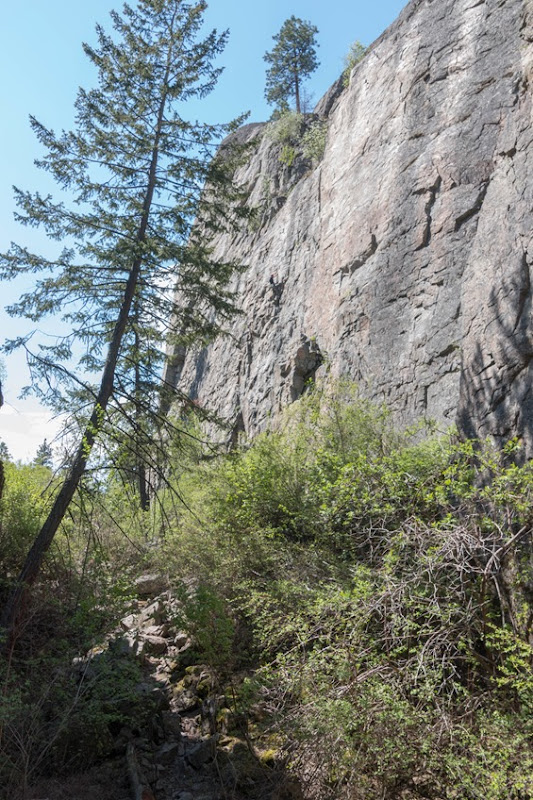 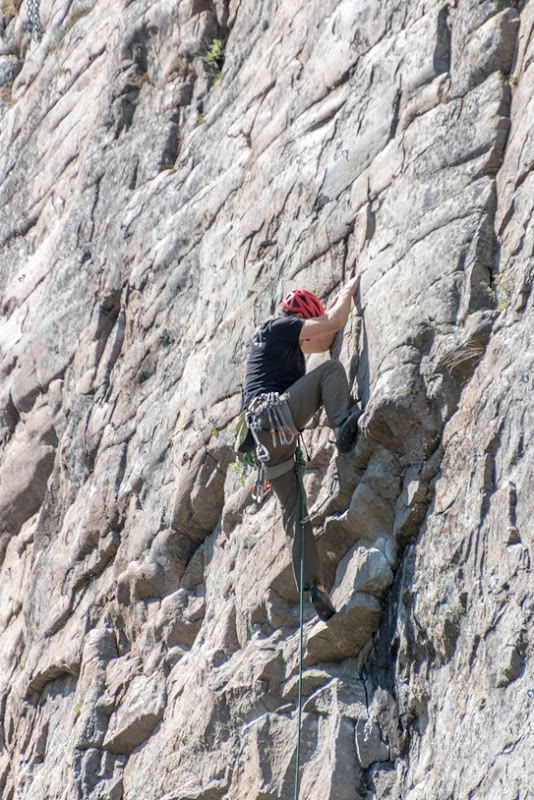 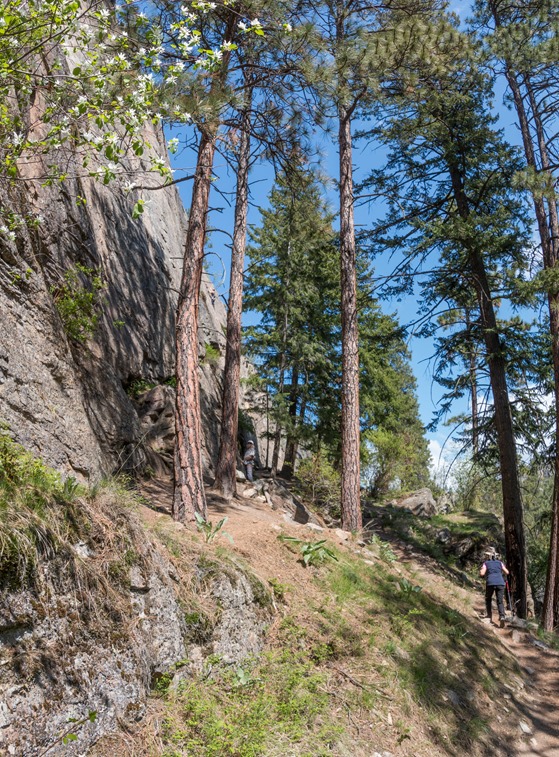 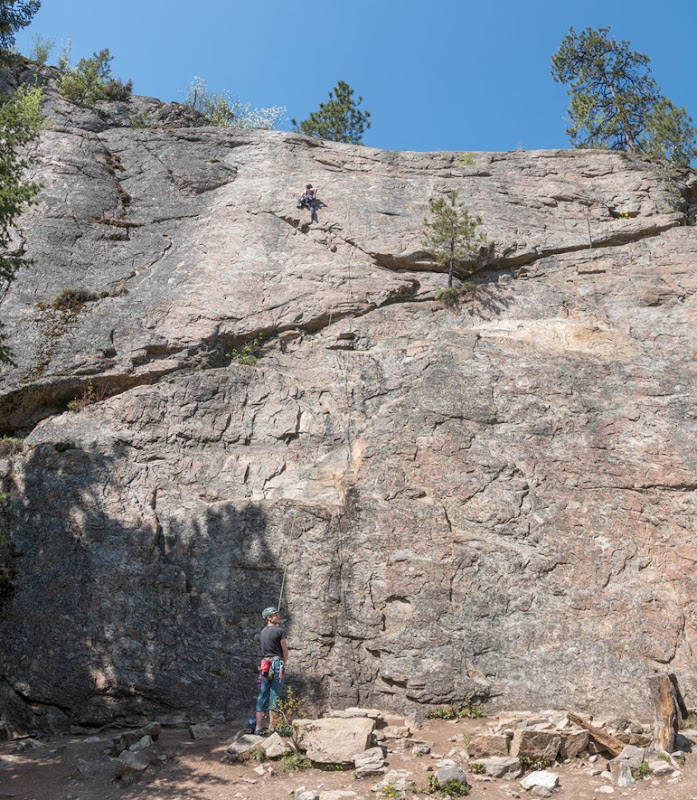 The problem for us was that there were too many places where you were walking along a narrow, loose, rocky path along the edge of a deep valley. It was not the greatest place to be for someone that is nervous about heights.

We finally got to a flat spot with a nice view out over the lake. 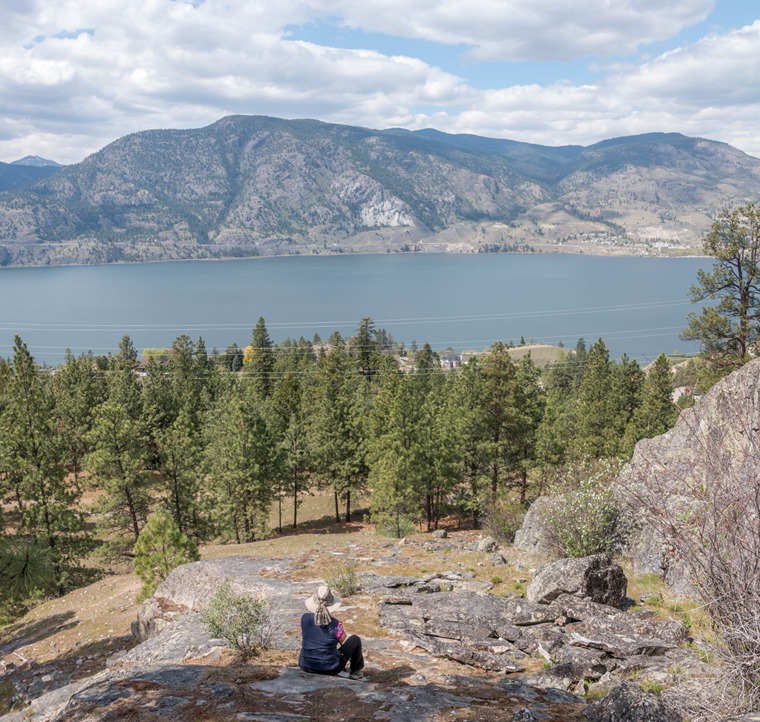 The photosphere. I should have done one when were beside the climbers but I was a bit preoccupied.

Our RV park is along the shore in the upper right corner. 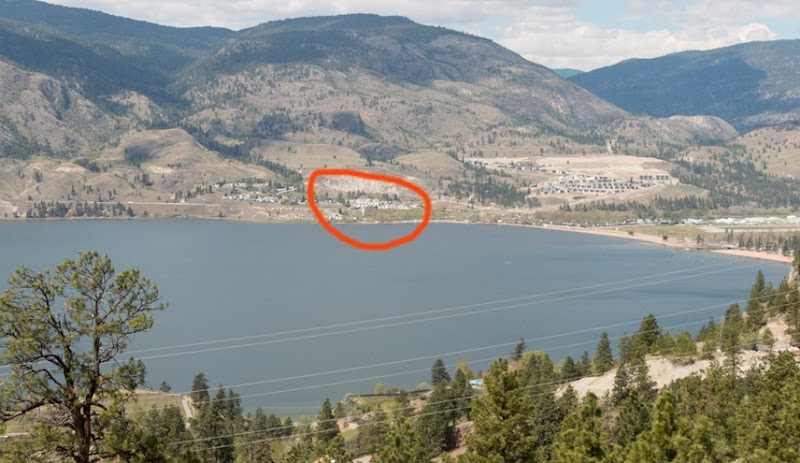 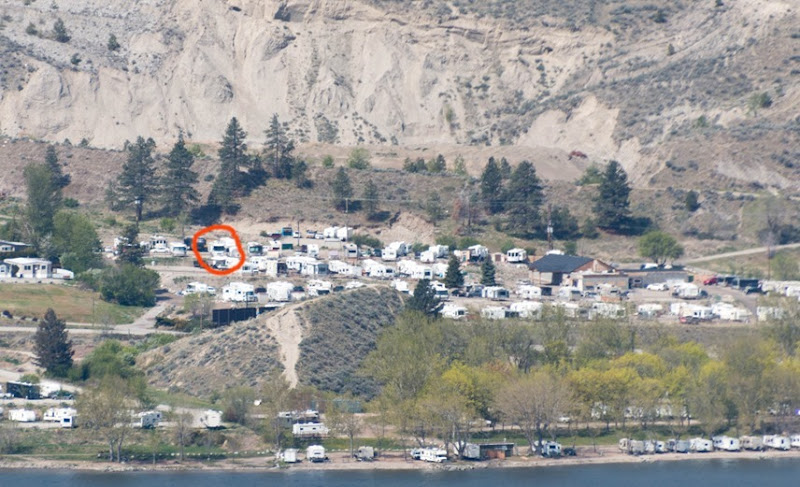 From here, the path that I had planned to take looked even rougher. We looked down the hill and saw an enticing ATV trail that seemed to run along the bottom of the cliffs towards the car.

BIG third mistake. First it was outside the park and on private property but at this point we decided to take our chances. Then the trail ended at a gate. There was a faint trail that continued through a deep valley so it looked like other people had done the same thing. By this time we were committed so on we went.

Here is our path. 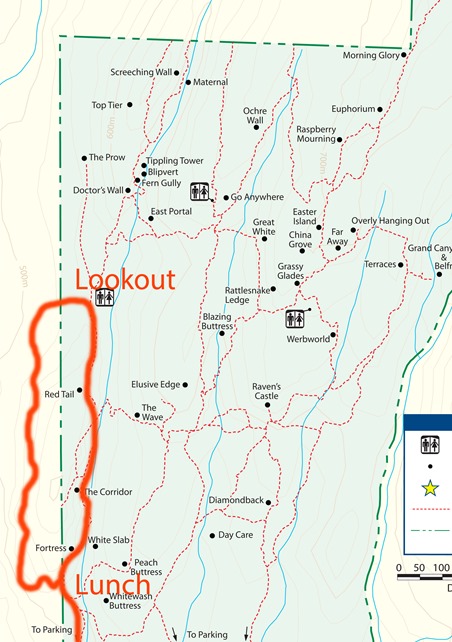 Then it just got plain silly. We had to make our way across a field of giant boulders. Here is Jennie waiting while I tried to figure out a path. 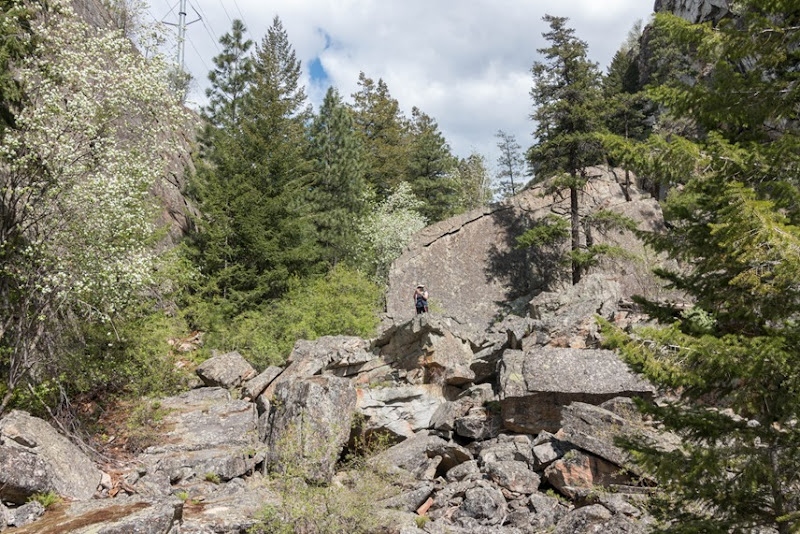 We had to get up and over this hill. I am in the middle of the picture. 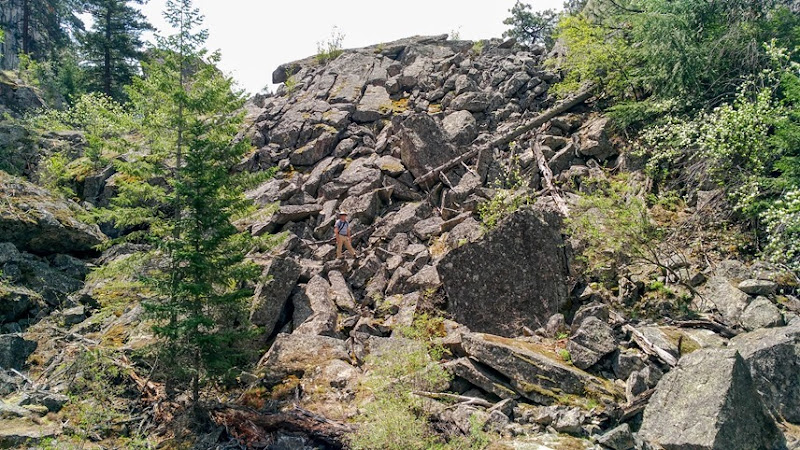 Let’s just say that after some careful scrambling that we made it. 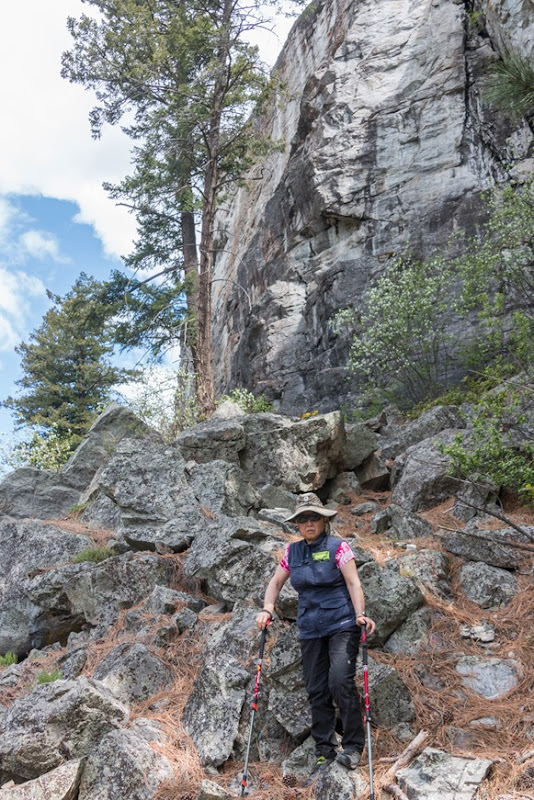 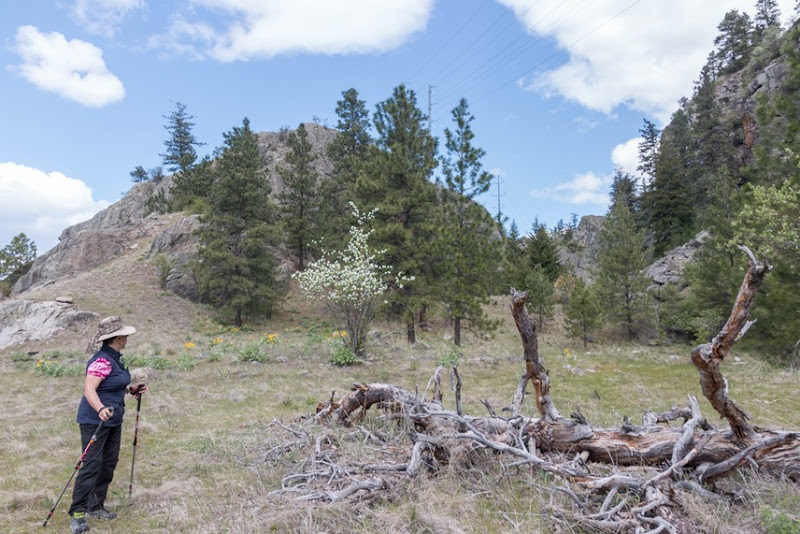 We encountered a path that seemed to be an alternate walking entrance to the park, that let us climb back up. 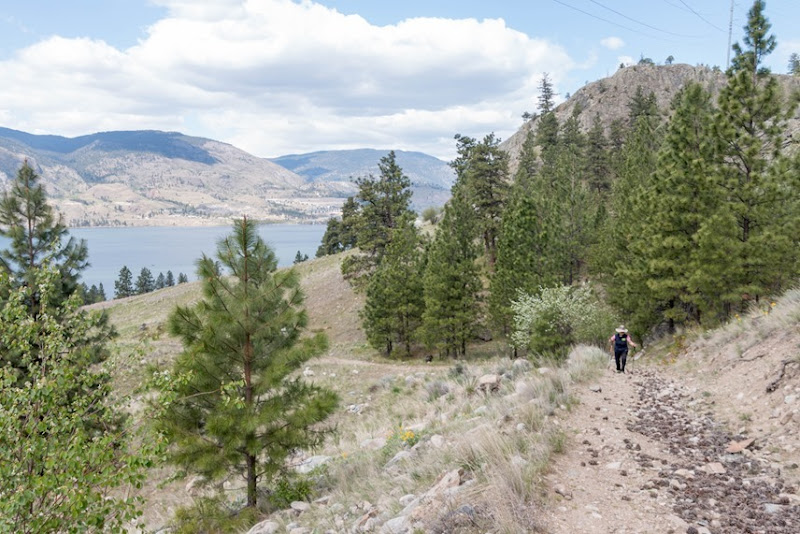 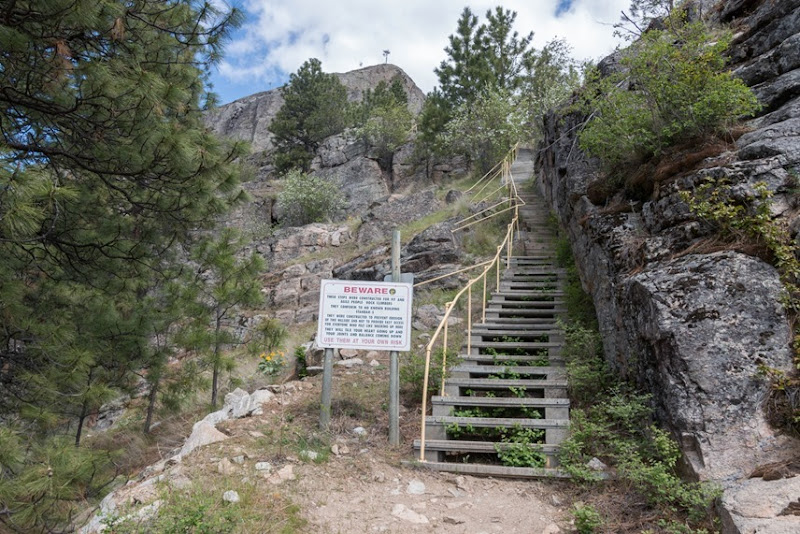 At the top we decided that this was a good place for a rest and lunch. 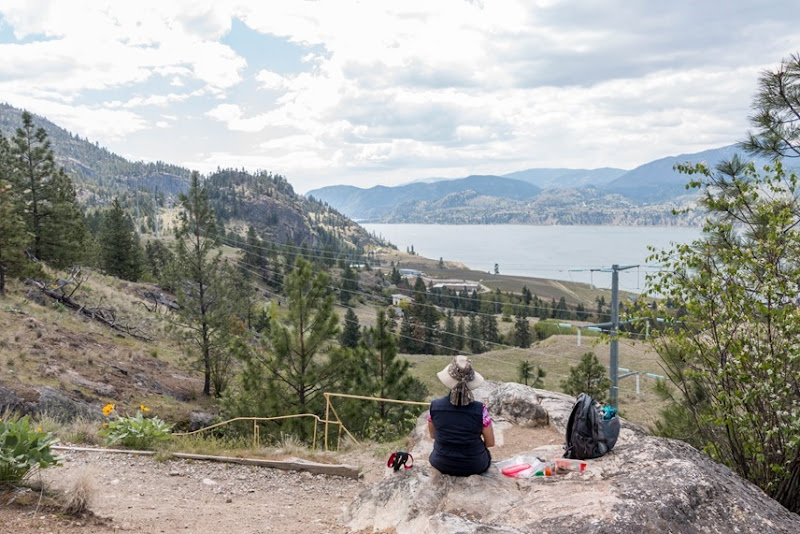 And then the flat trail back to the car. 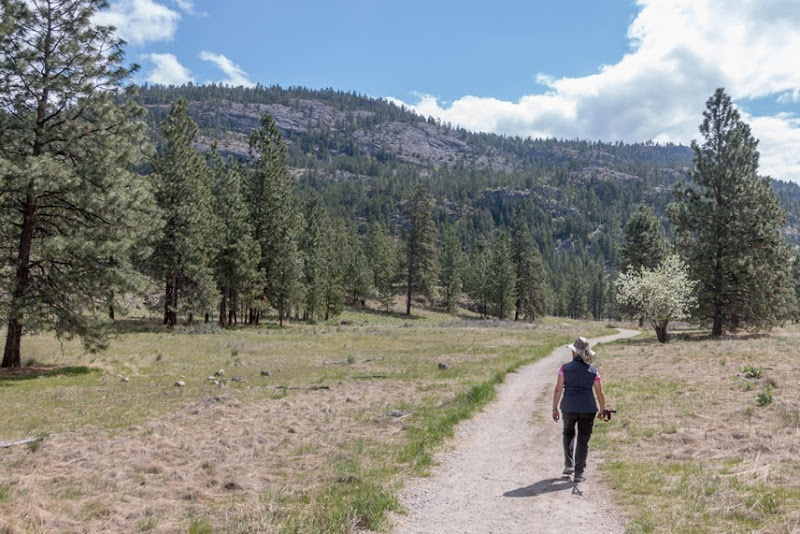 While we had only gone just under 4 km it seemed like a lot more. We quickly scrapped any ideas of doing something with the rest of the day and just went home.