Another day that did not go exactly to plan. We were first going to check out the local farmer’s market and then go for a nice cool hike on this 30C, windless day. The BX Falls and Creek hike was supposed to be well shaded in the canyon so it seemed ideal.

Well, the framer’s market was another bust. It is just too early in the season to expect anything interesting. Lots of tomato plants. We at least hope for some interesting food but, horrors, there were not even any cinnamon buns. 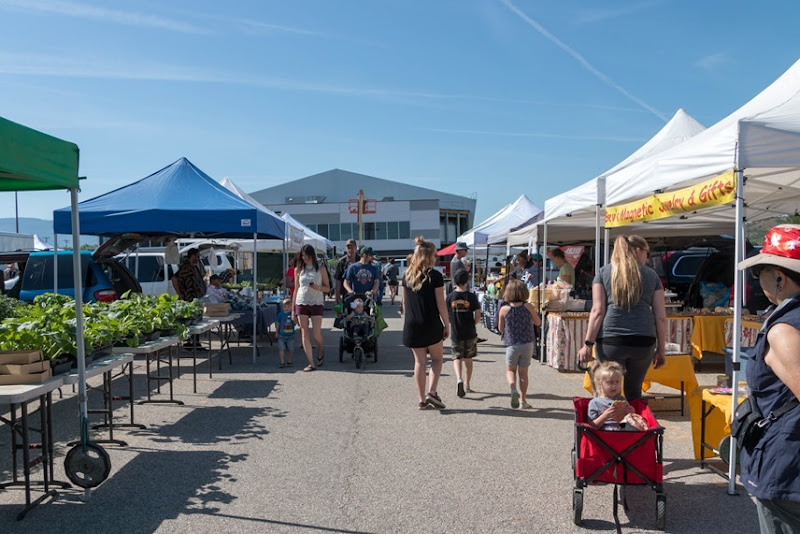 Then we headed off to the hike just north east of Vernon. As we pull into the small parking at the trailhead, there was the dreaded “Closed” sign. Another raging creek has torn up the trail beside it and bridges over it. The sign did say that it was closed because of the bridges. The falls are only a couple of hundred meters from the parking lot, with no bridge in between. We really wanted to see the falls so we went in to check it out. A few other cars of people did the same thing.

The trail to the falls was fine.  We could see in one spot were the creek had overflowed and dug a new channel that destroyed a bit of the trail but it was dry now.

The trail climbed up high over the creek and then you had to take a narrow trail with stairs to get back down to the base of the falls. 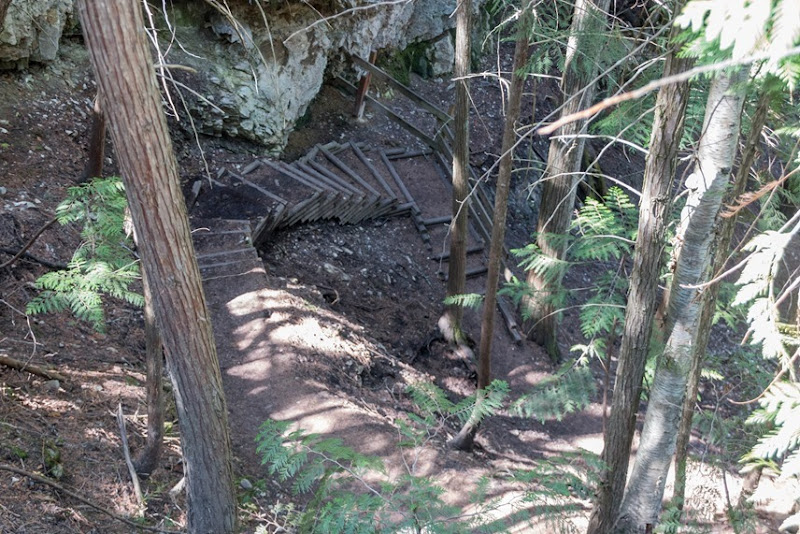 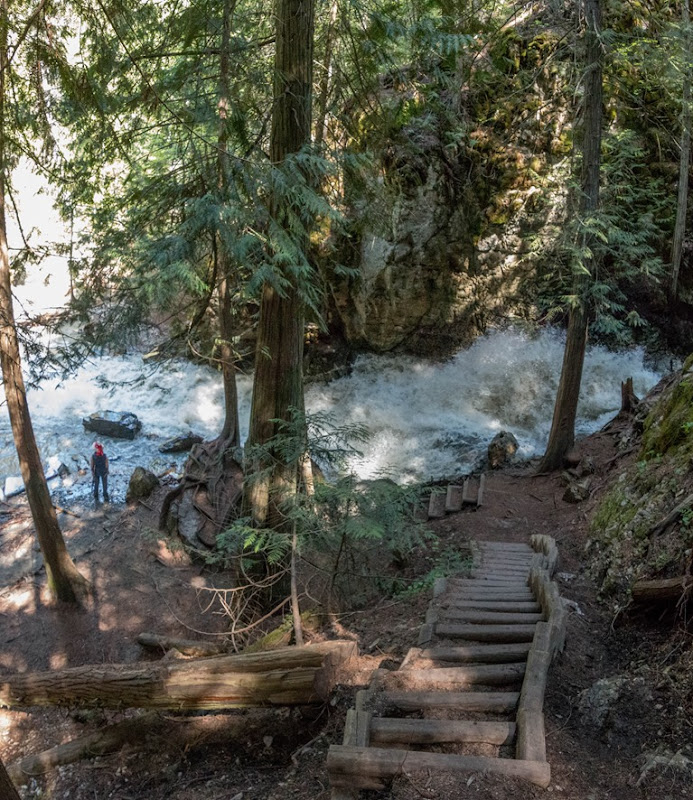 The water was really blasting down the falls. 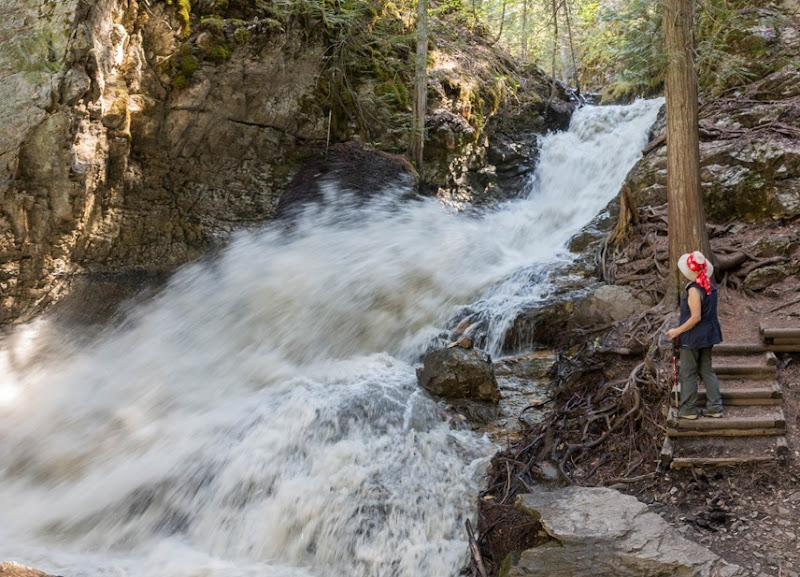 There must have been a huge rock in the creek beside Jennie because the water was really being thrown up into the air. 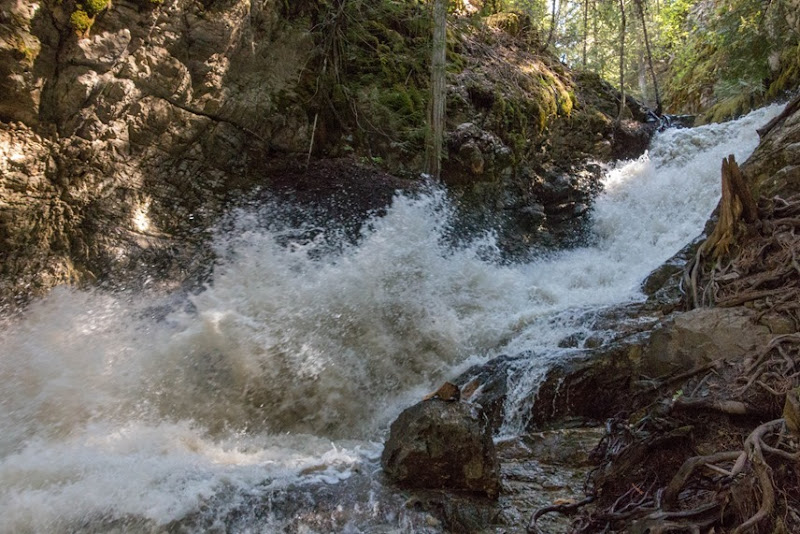 We could see the area below the falls that had recently been underwater, covered in debris, 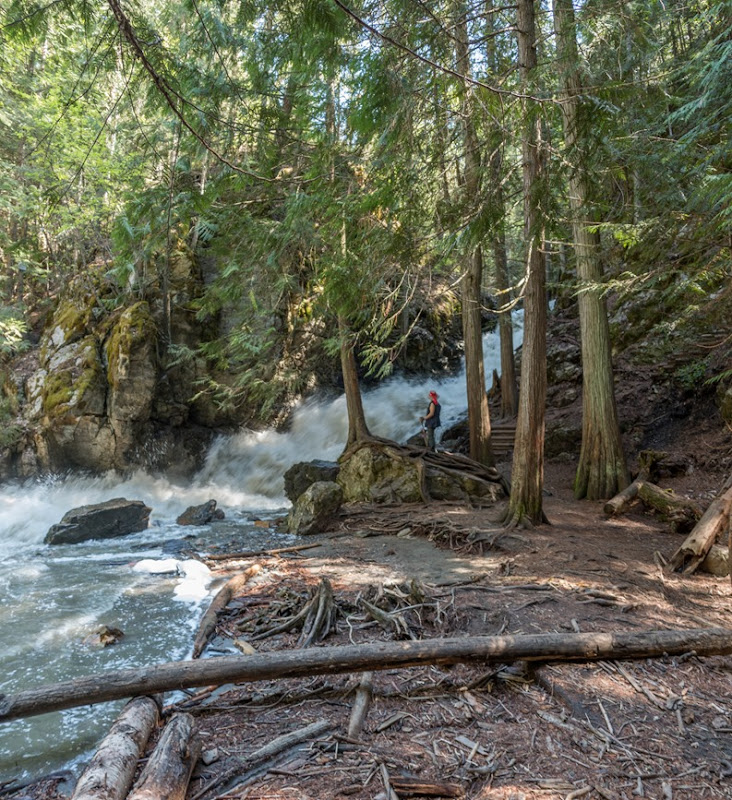 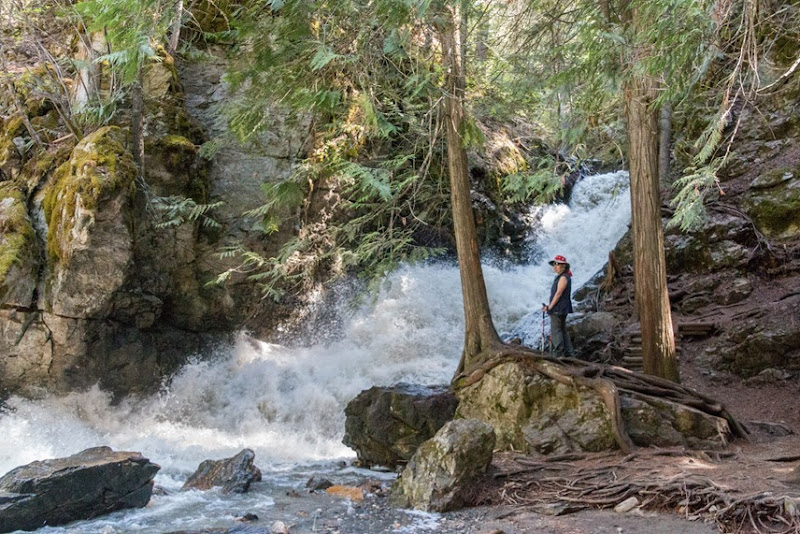 We loved how this cedar tree had grown over the rock, alien style. 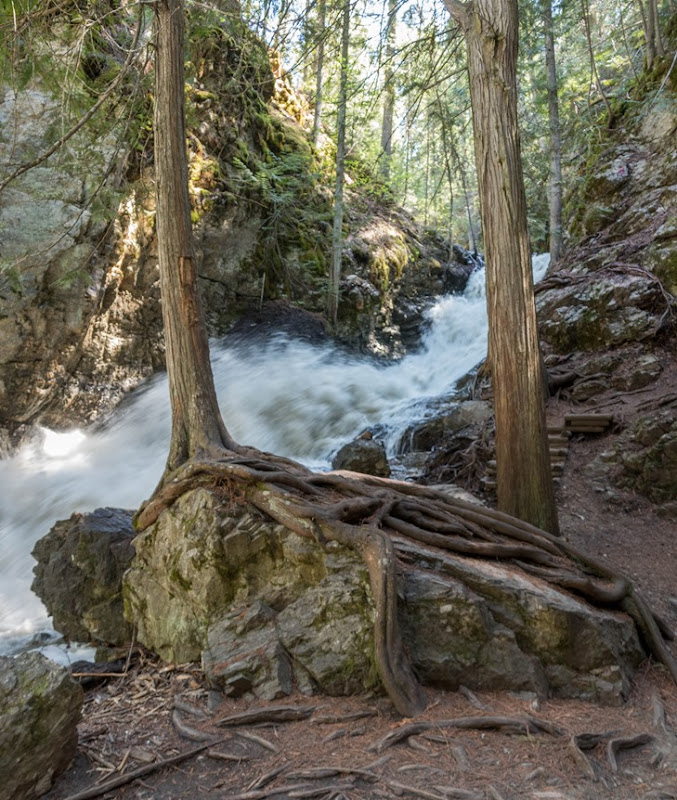 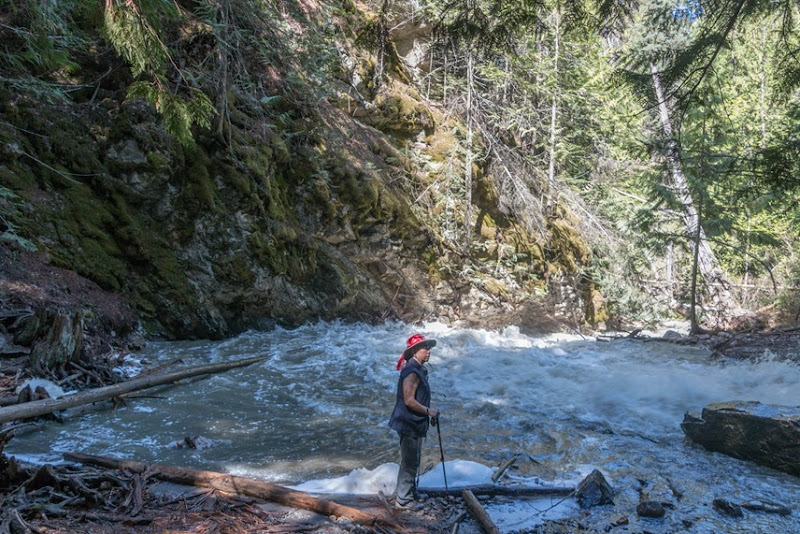 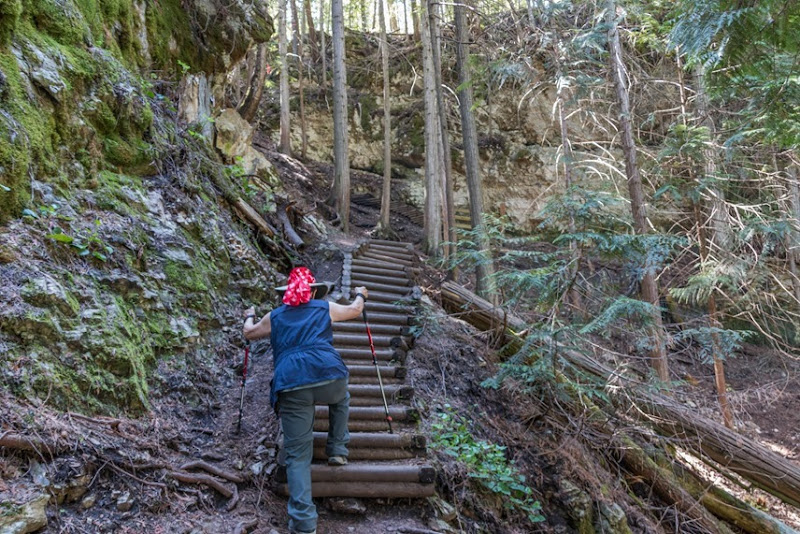 We wished we could have continued the hike but we moved on to hike that I had planned for another day.

We drove south of Vernon to Kalamalka Provincial Park and did the short looping hike out to Rattlesnake Point. 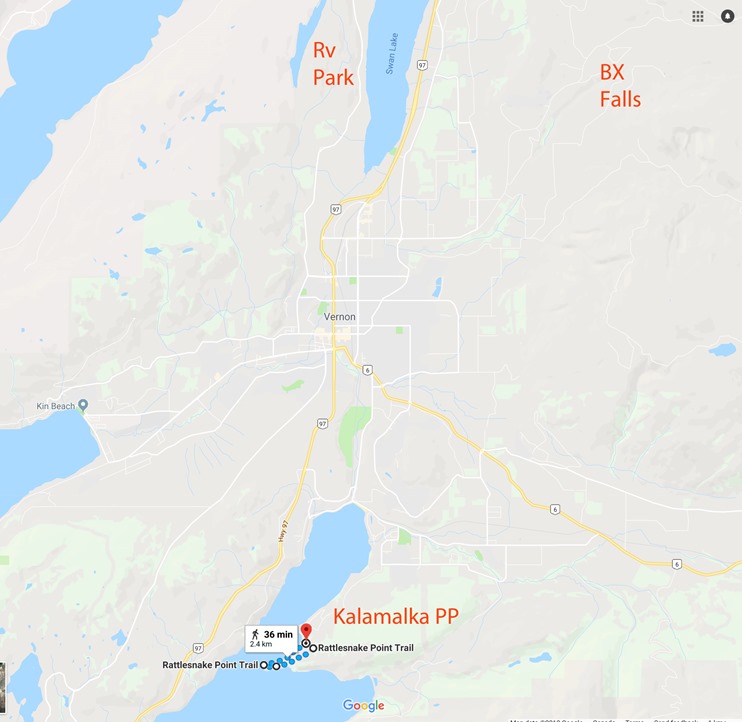 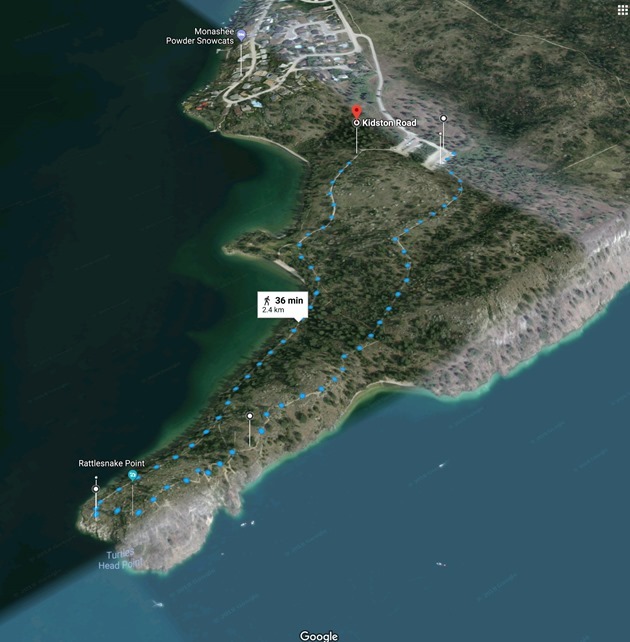 We went out to the point on the upper Crest Trail and then back on the lower Juniper Trail.

It was not shady and there was no wind at all. 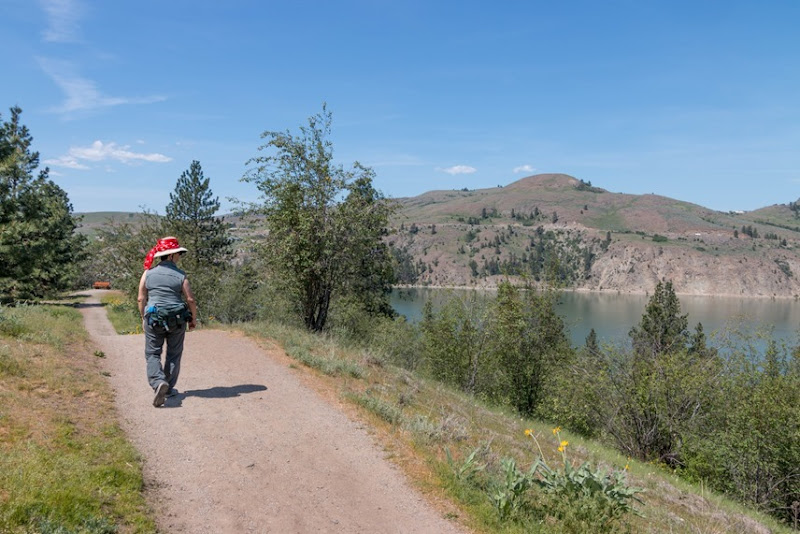 There was a side trail down to a beach for dogs. 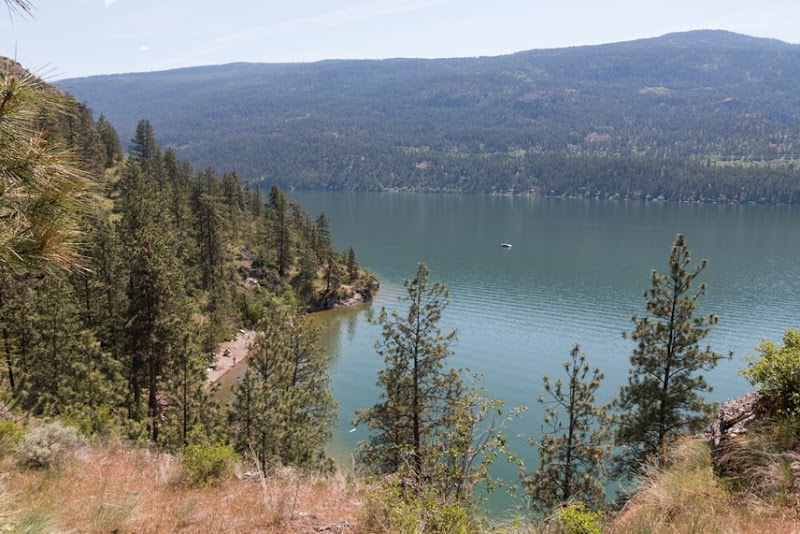 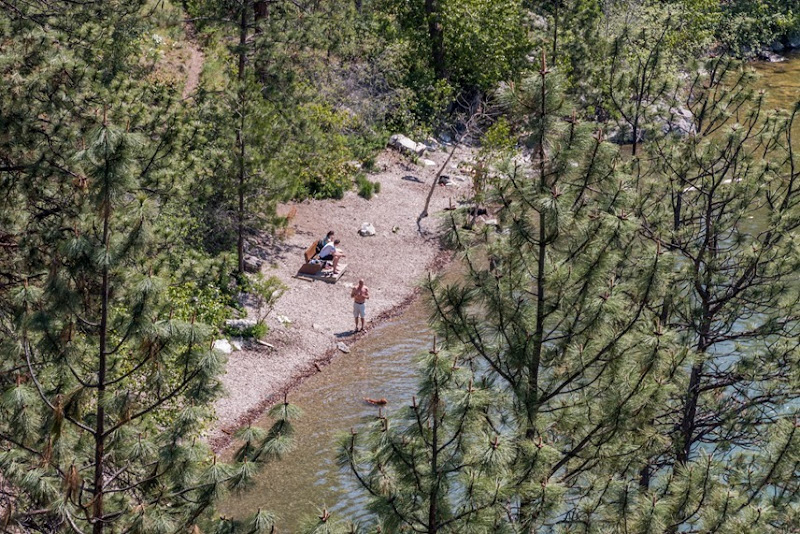 We found a nice shady bench for lunch, watching a few boats go by. 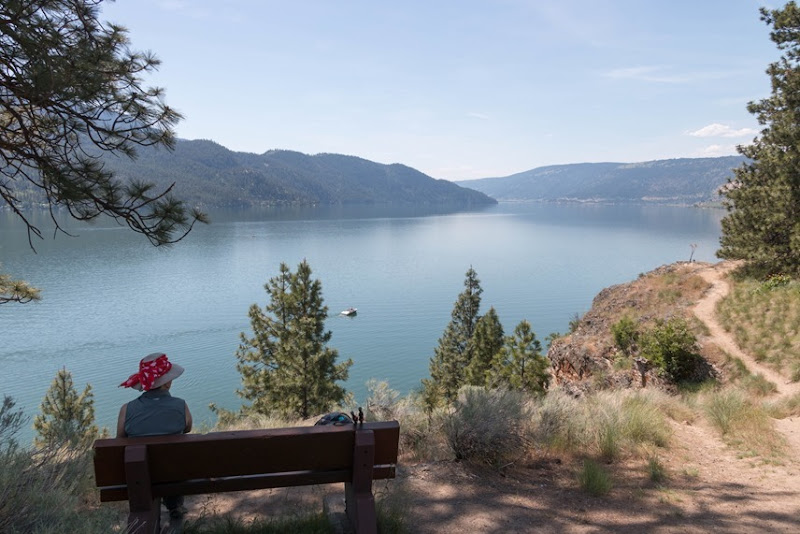 And watching this guy trying to get out of the water on one ski. 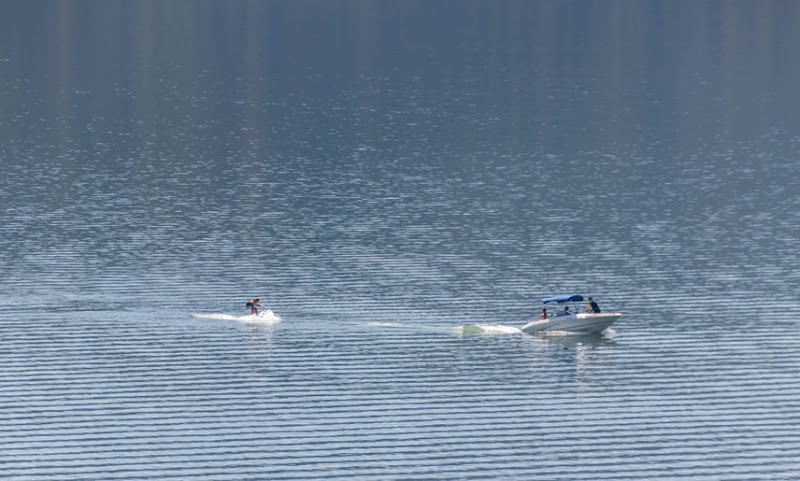 He eventually got going. 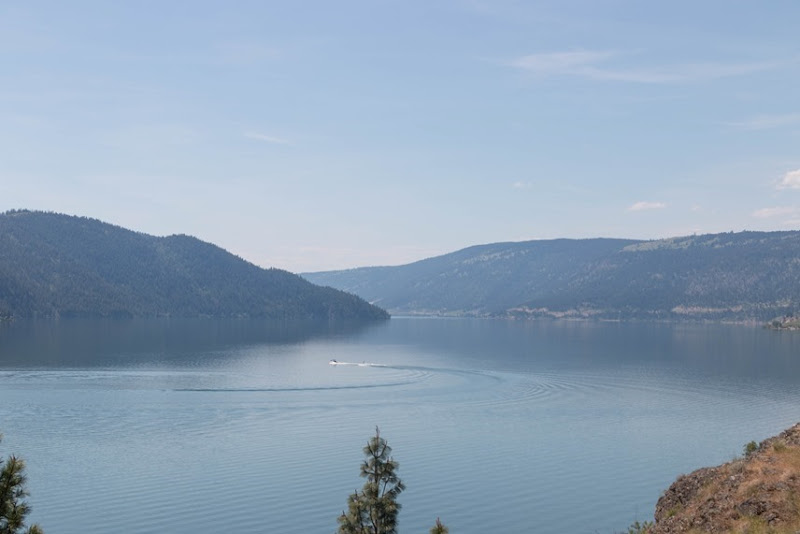 There has to be at least one flower picture. 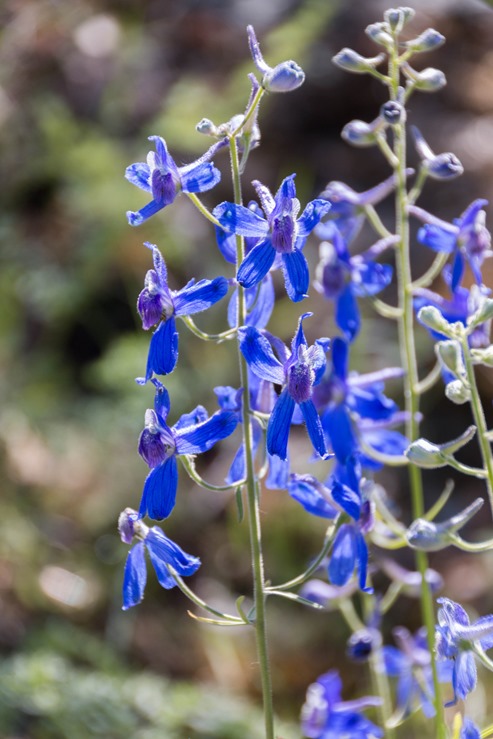 The viewpoint at the end of the Crest Trail is high up on a cliff. 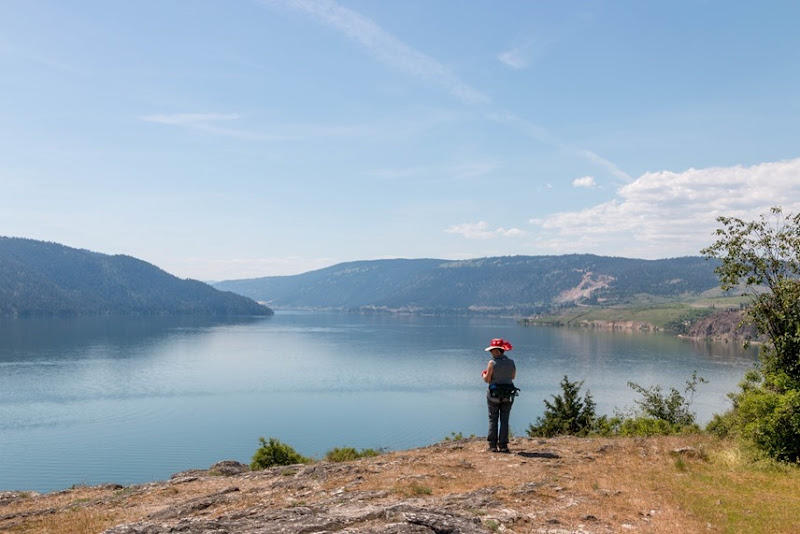 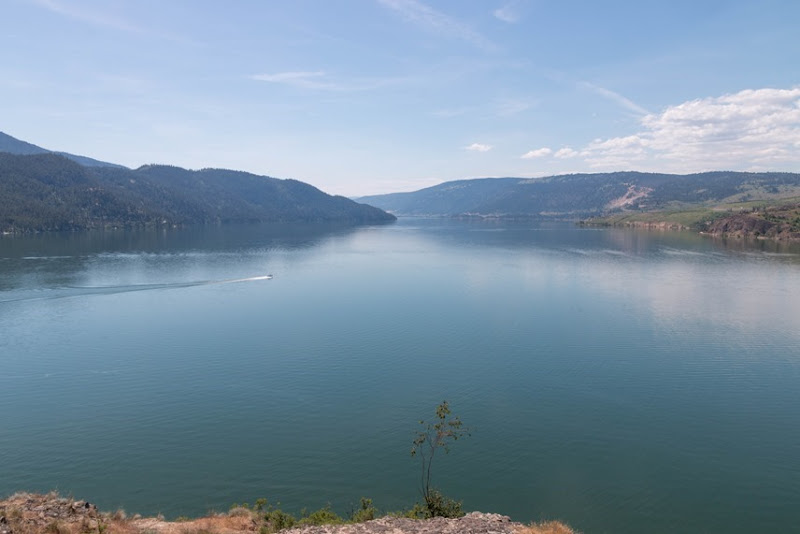 Looking north towards Vernon. You can see Middleton Mountain, on the right side, from yesterday. 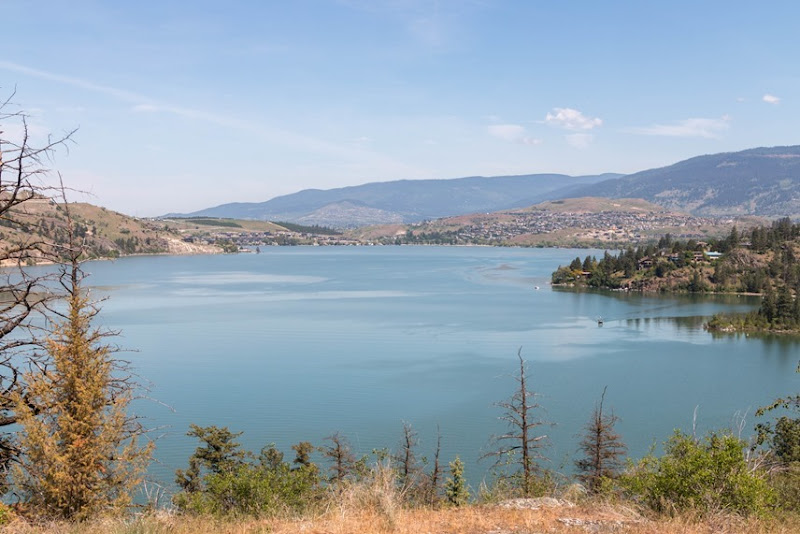 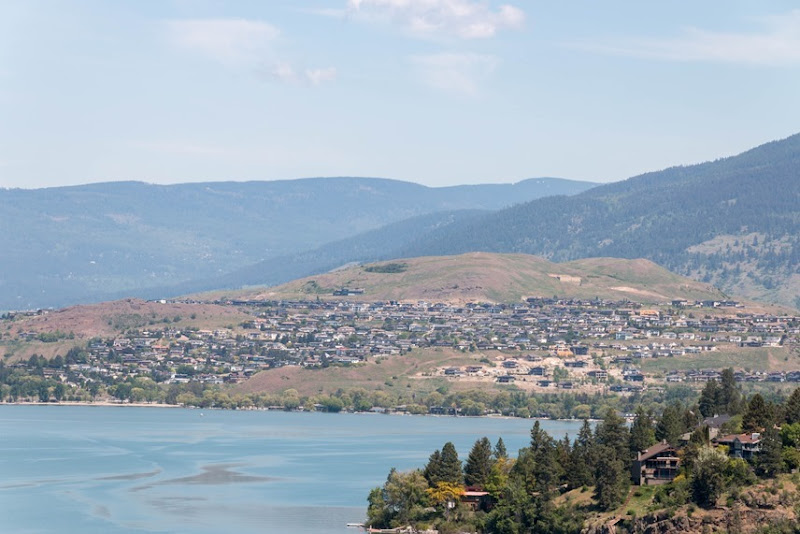 Heading back down the zigzags to join the Juniper Trail. It was much steeper than it looks. 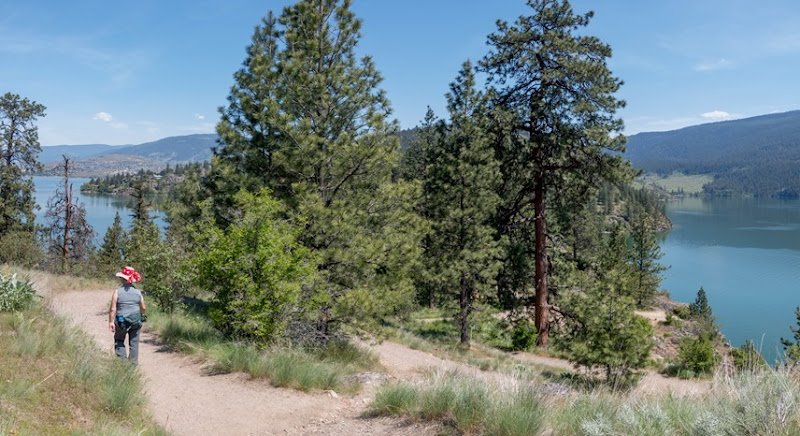 We next went to the lower lookout. 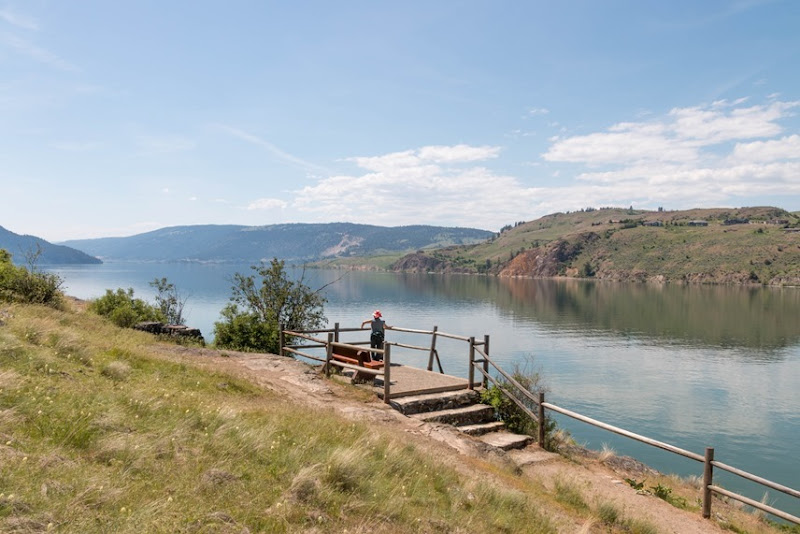 And then back to the car. 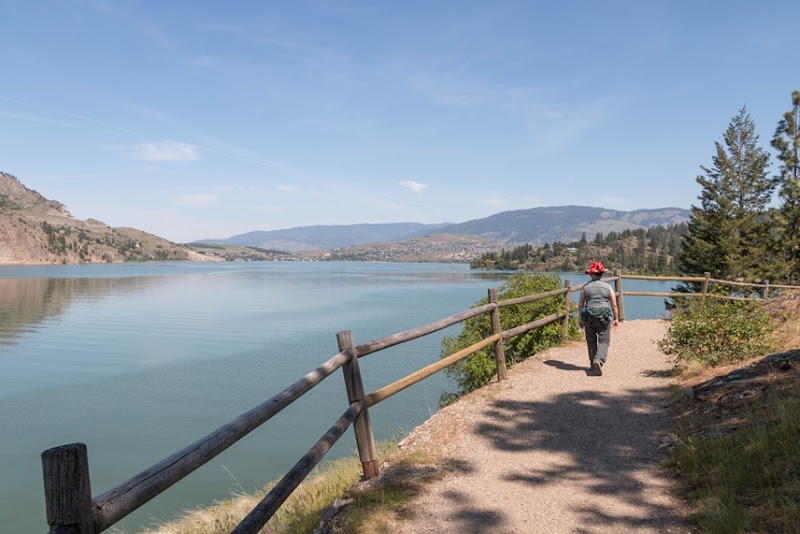 Even though it was another short hike, the heat really wiped us out so it was nap time back in the AC at the RV.