You can either climb Mount Thom from the bottom to get to the lookout trail, which means 10 km and 375 m in elevation gain, or you can drive almost all the way up and just do the lookout loop, which means about 3 km and 100 m in gain. Guess. 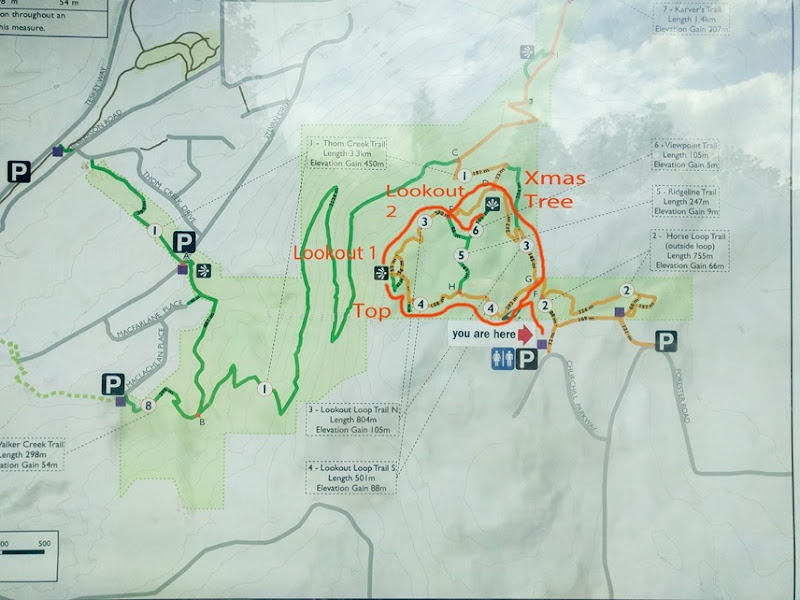 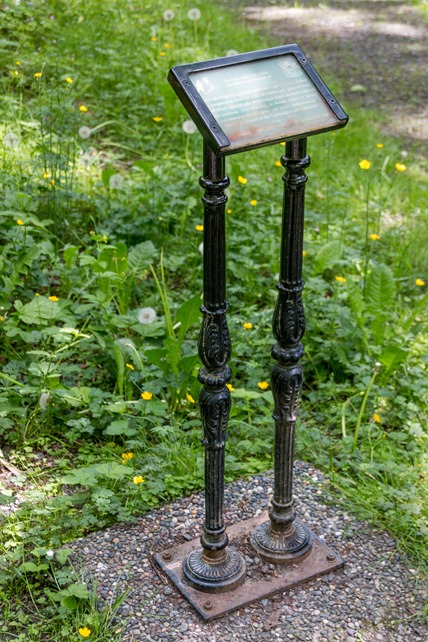 We thought this old stump looked like a sand castle. 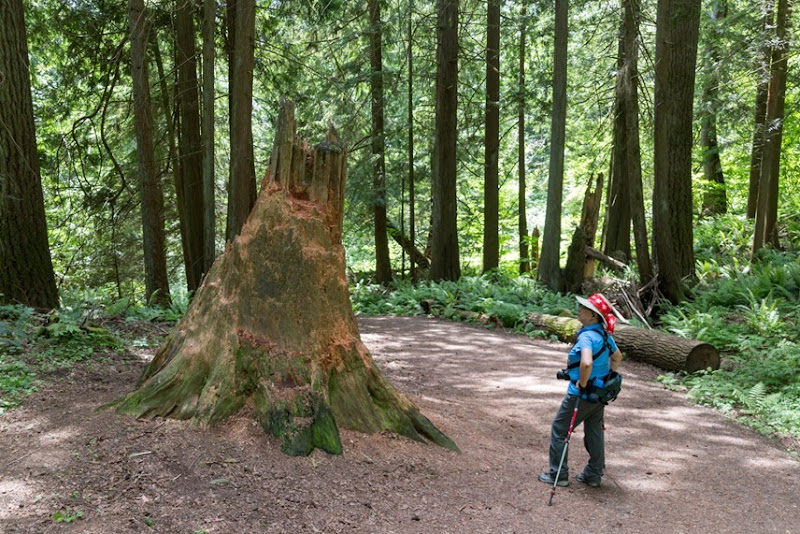 The trail was wide and smooth. From the car to the top it was a constant climb, just about at the limit of what we could do without having to occasionally stop. 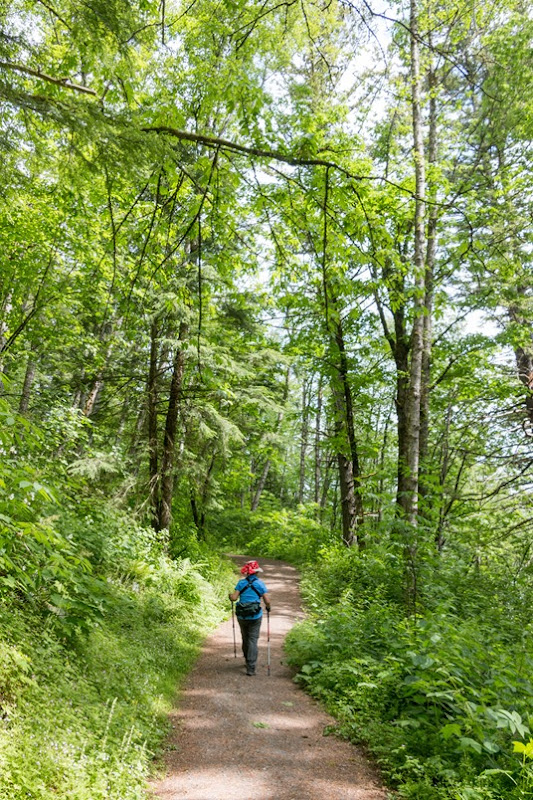 There were lots of small wildflowers out in bloom. 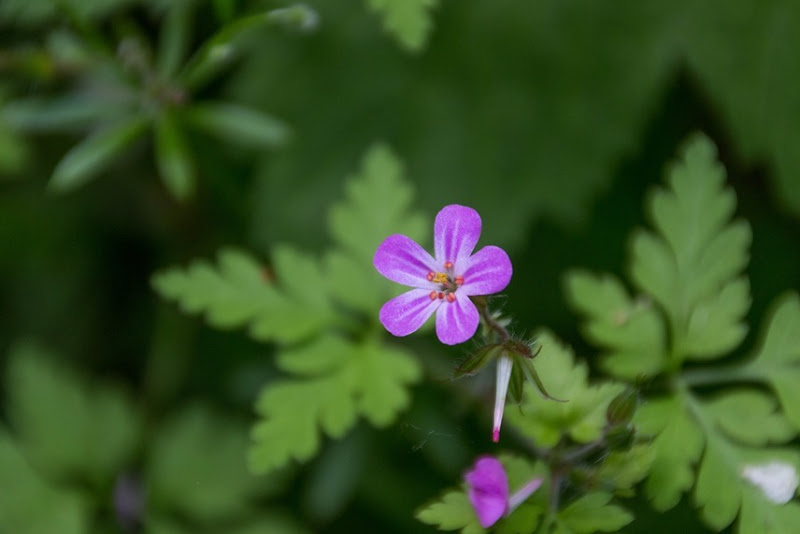 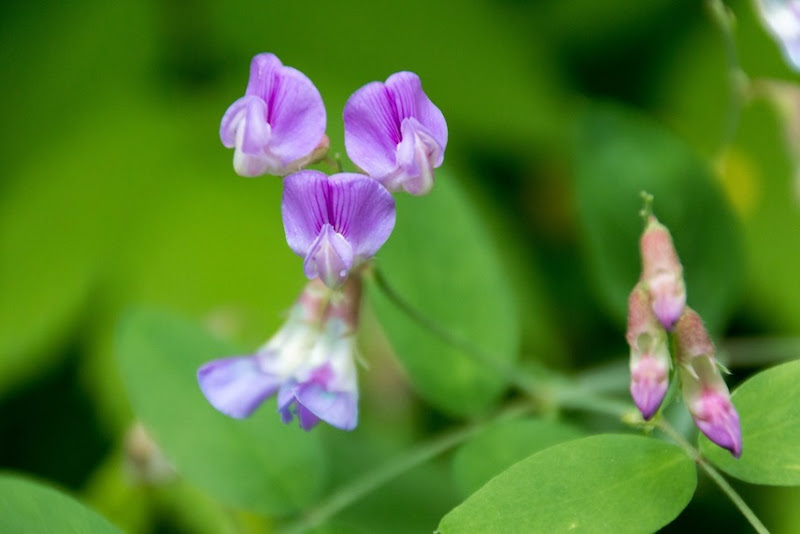 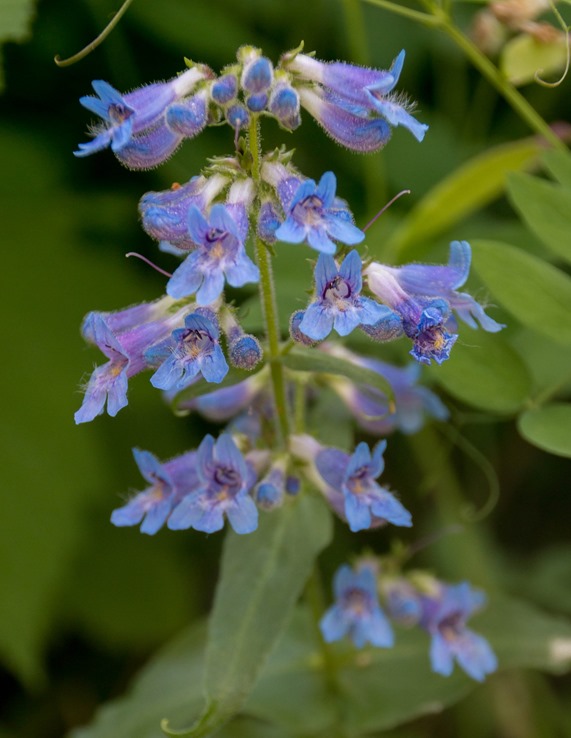 The view from the top was a bit hazy today. 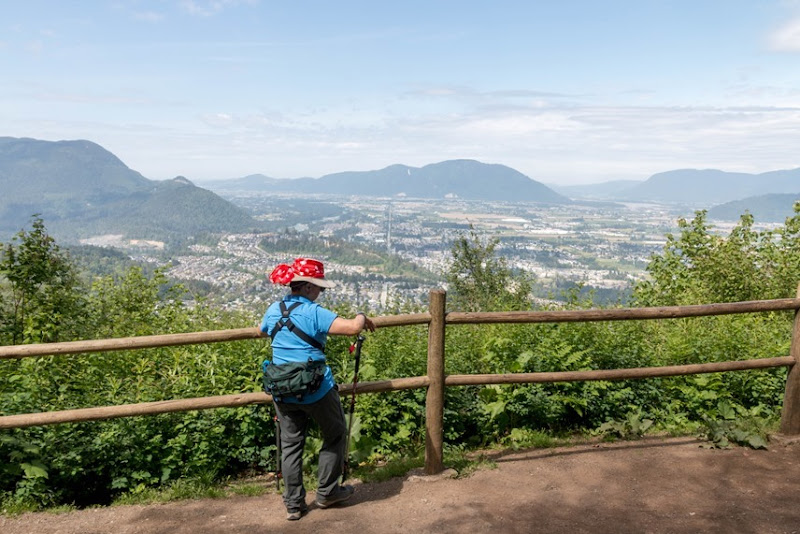 Below us is the town of Sardis. Farther north is a a belt of farmland and off to the right edge is Chilliwack.

We have to have at least one photosphere.

Looking south we could see Cultus Lake, that we could barely see on our Teapot Hill hike. 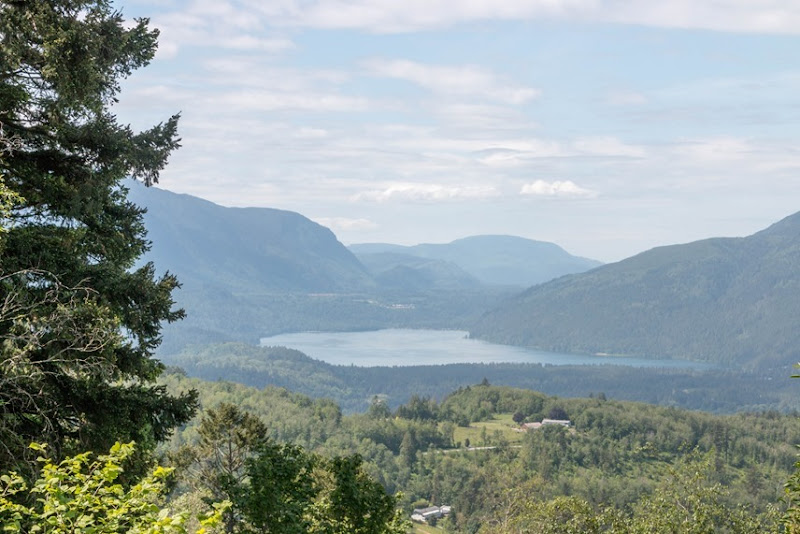 As we walked up we could hear what I think were a large number of crows screaming at each other. I am guessing that it is mating season because at the viewpoint we could see a lot of them either fighting or flirting, it was hard to tell which was which, in the air along the cliff. 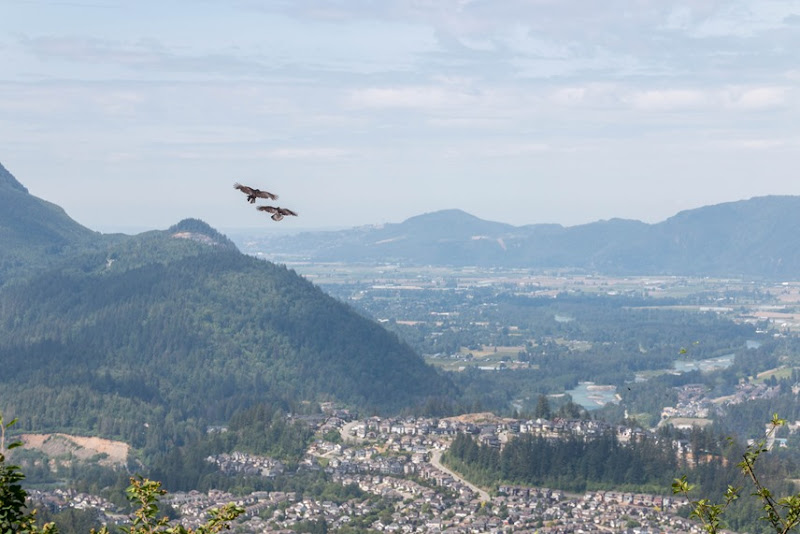 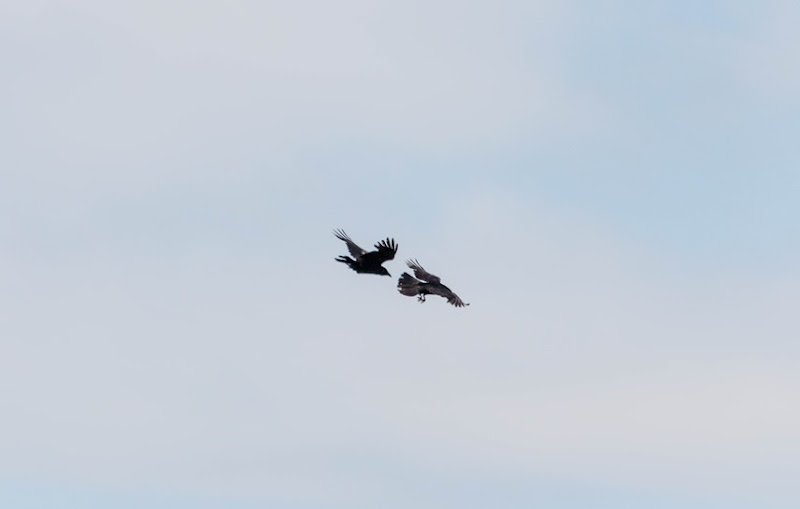 From here the trail was all downhill. The next lookout had much the same view 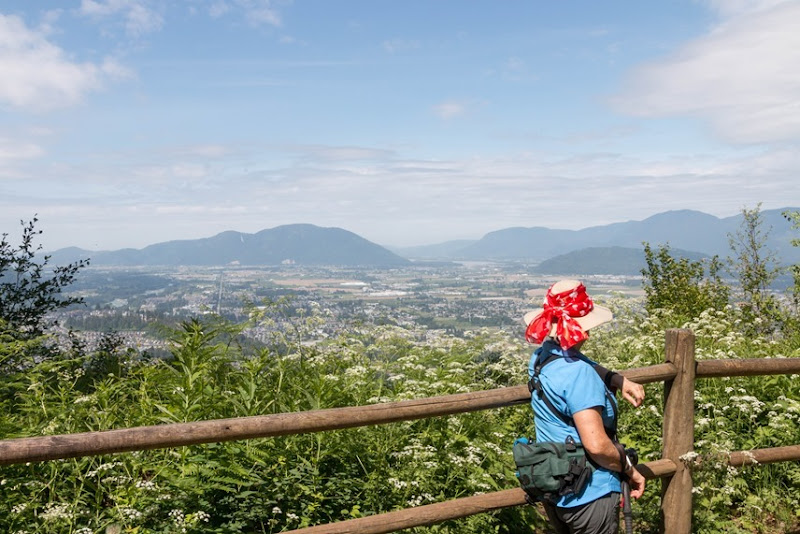 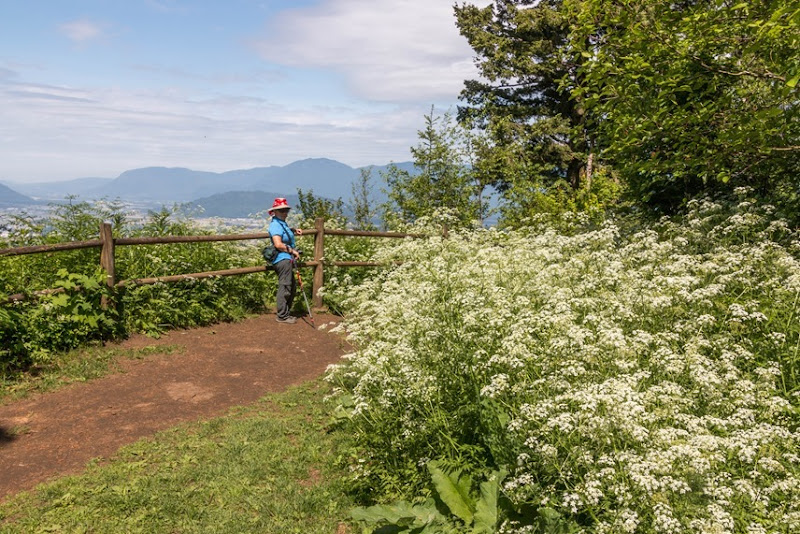 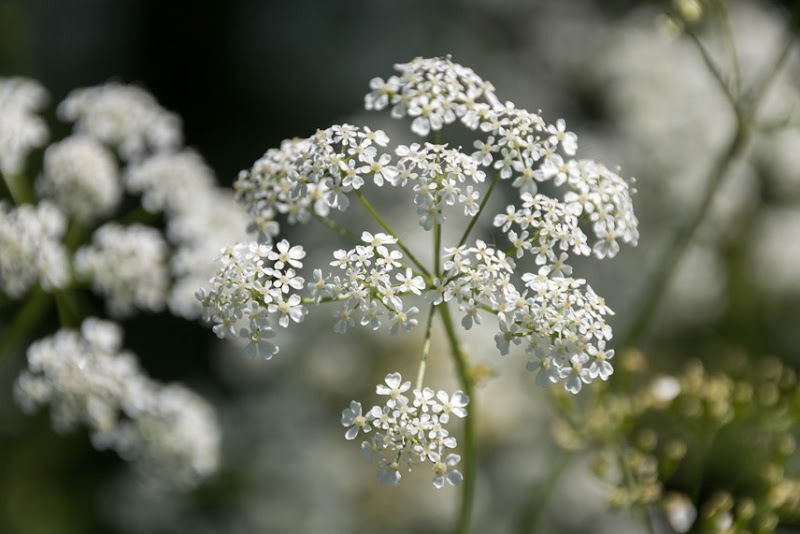 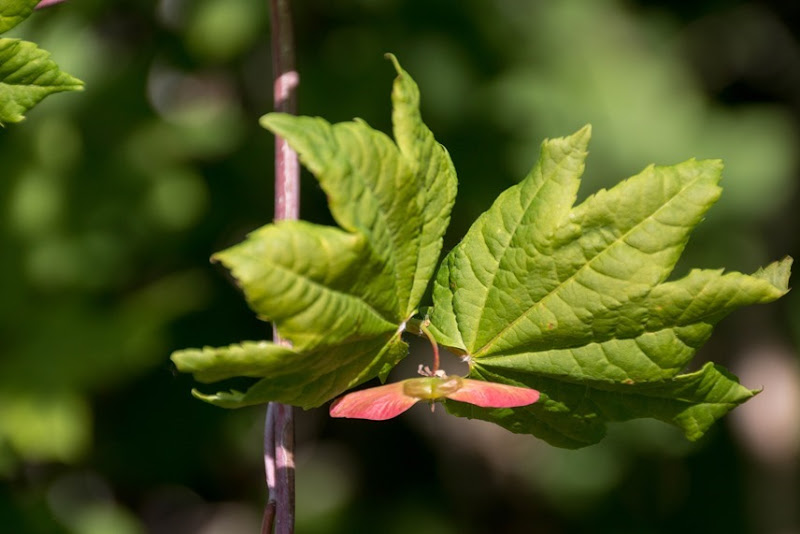 Something sure either didn’t like or liked to eat this plant. 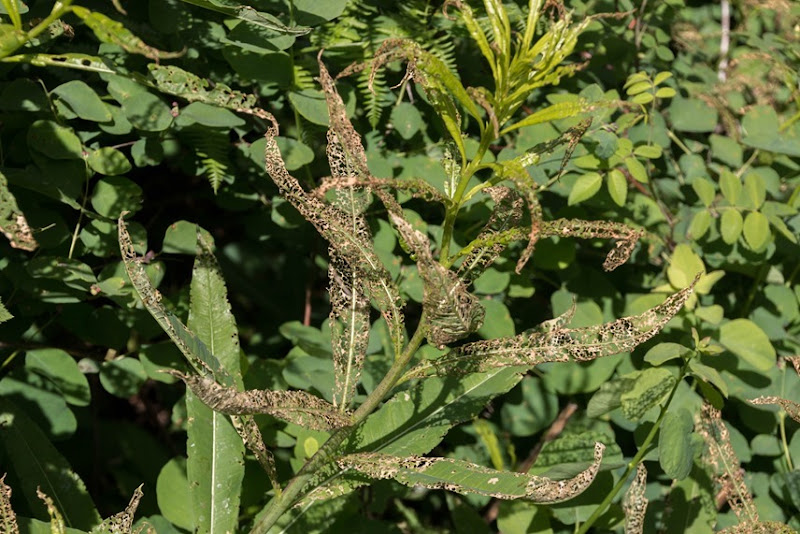 Lookout 2 was a bit limited. 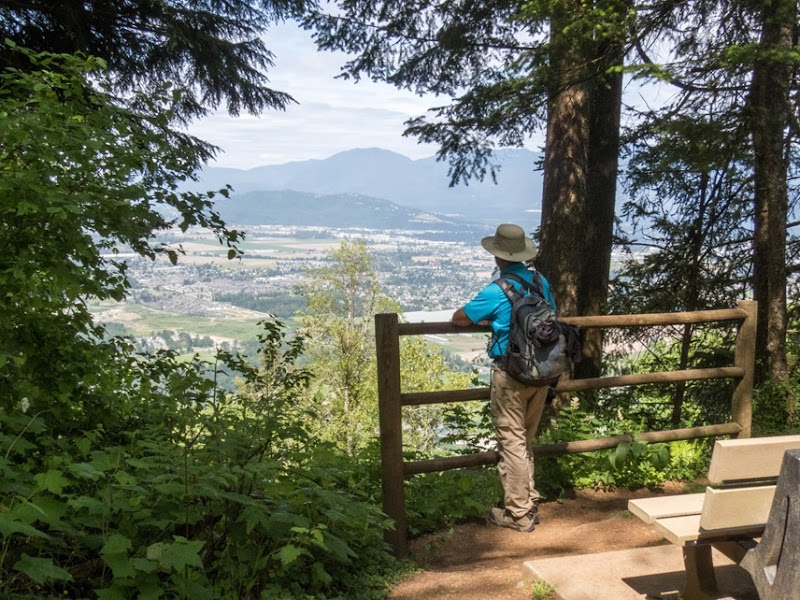 We always love to see columbine. There was only one small patch. 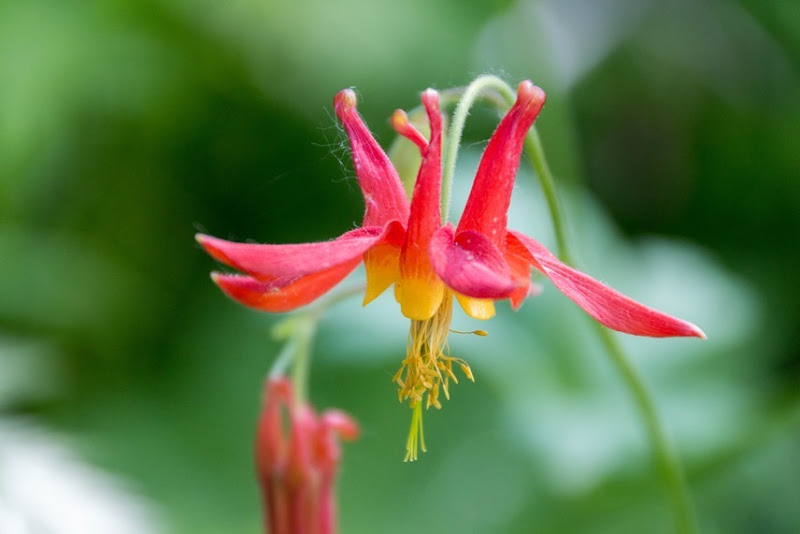 On some sections we were almost buried in berry bushes. 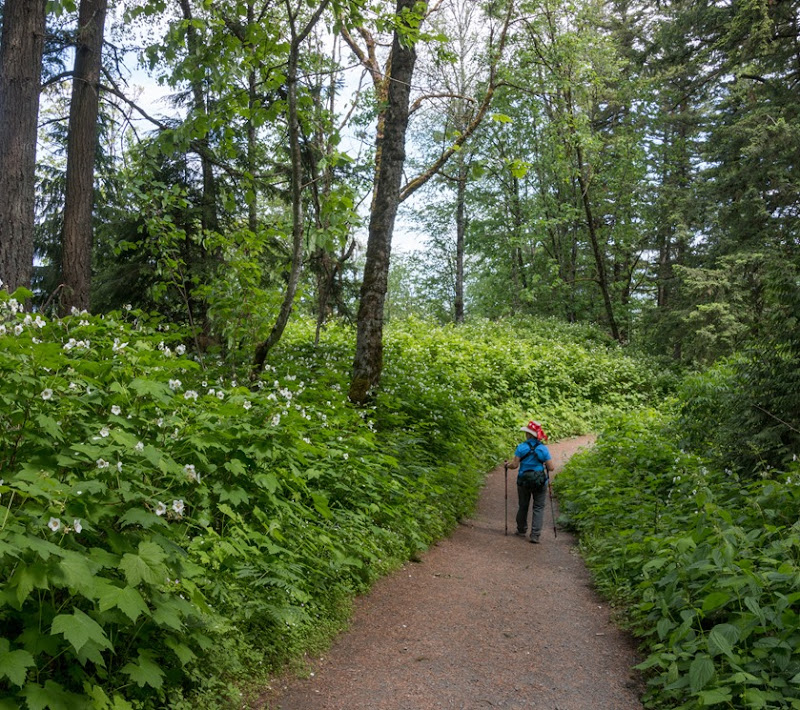 We took a short side trail to what was supposed to be another lookout. It was not. I have no idea how it could be marked that way because the trail just stopped in the trees. There was however a small decorated tree. Tinsel and Christmas balls. 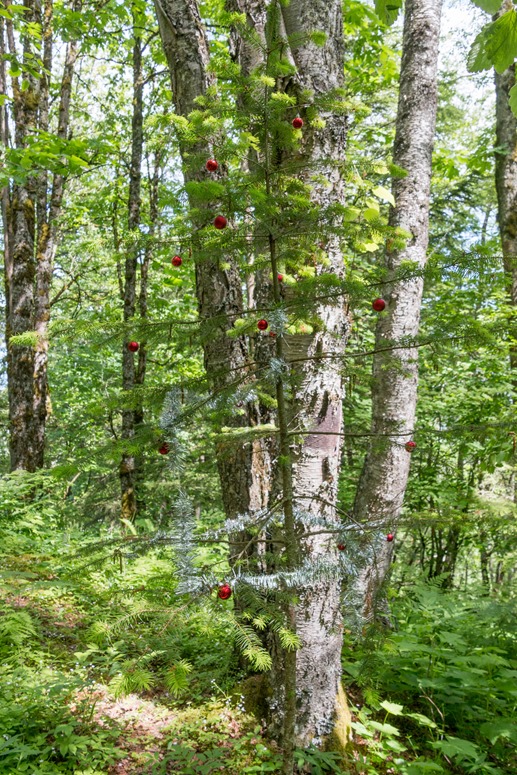 Along this trail I think the back of my hand touched a stinging nettle. It immediately felt a bee sting. Then a bunch of bumps came up and the stinging and numbness spread out. Five hours later it is still rather annoying but it is starting to subside. 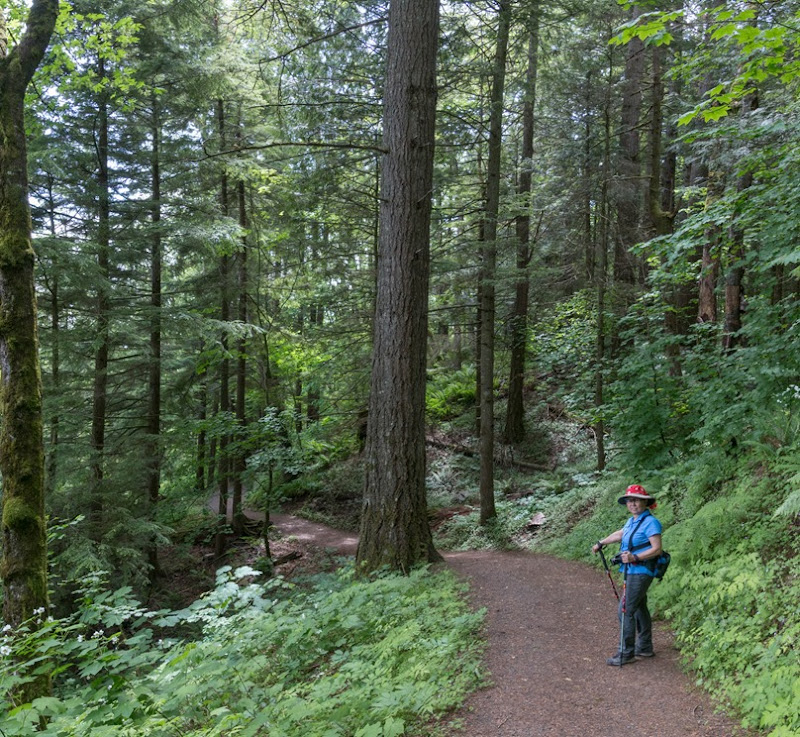 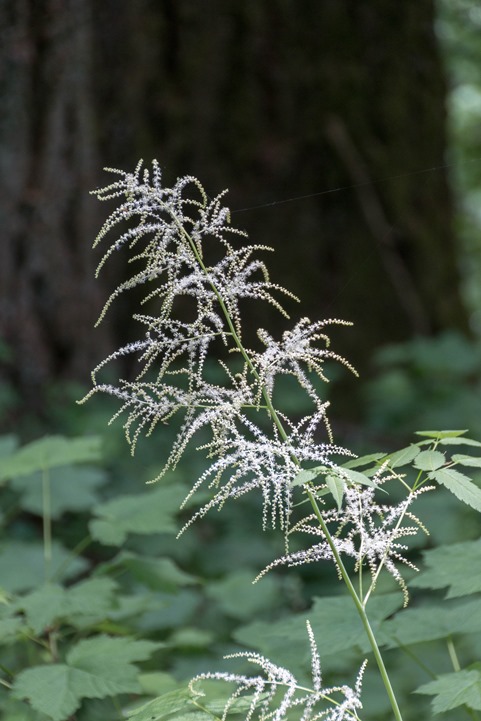 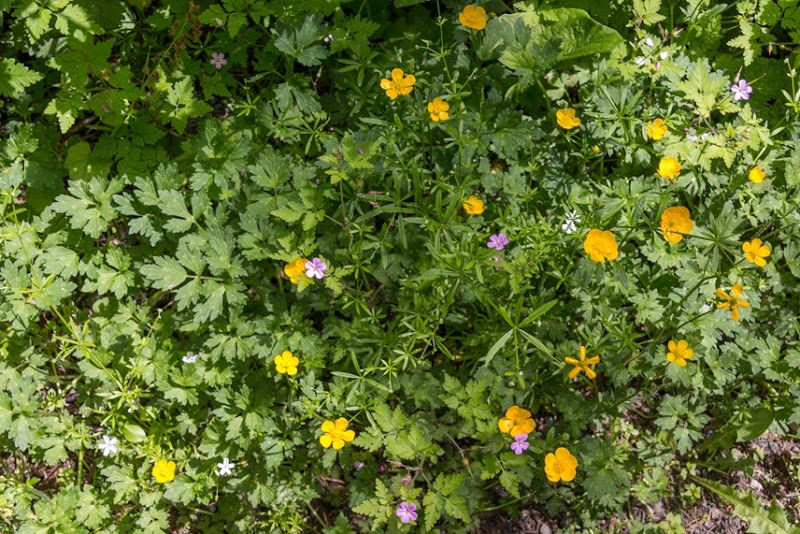 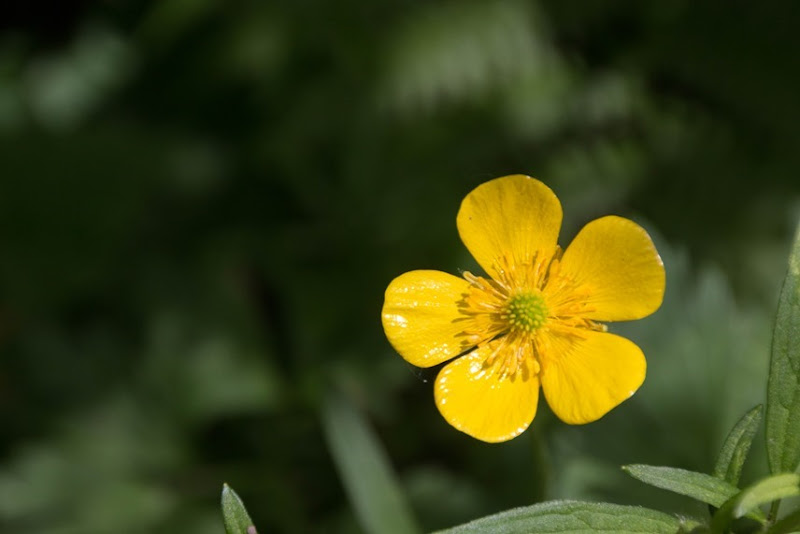 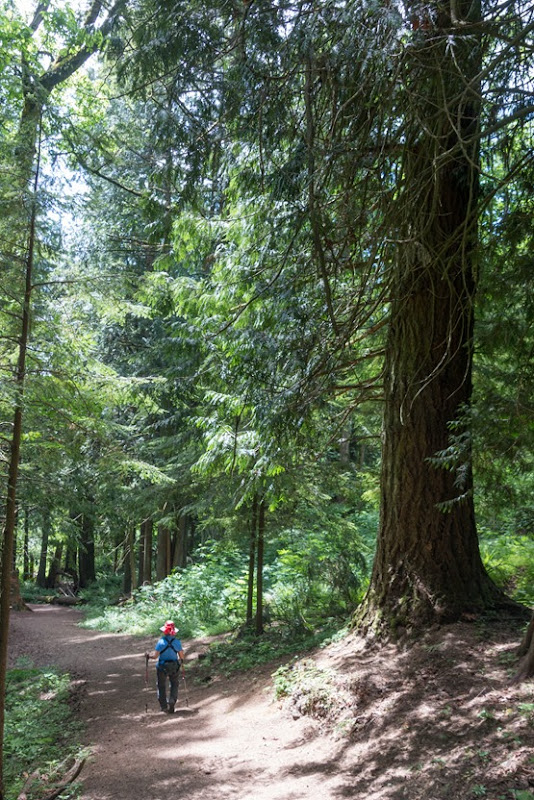 It had been too early to eat lunch at any of the lookouts so we drove to Vedder Park on the banks of the Chilliwack River. There is a bike path here that I think we will have to try. 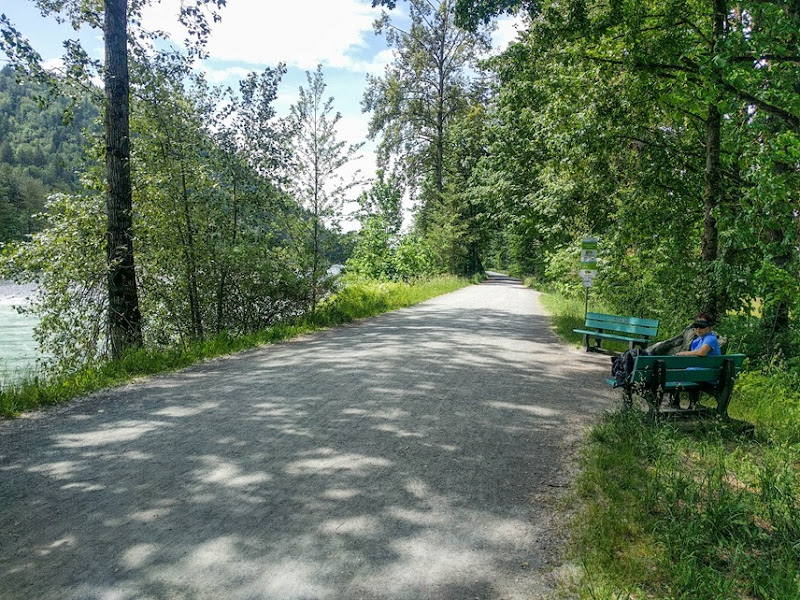 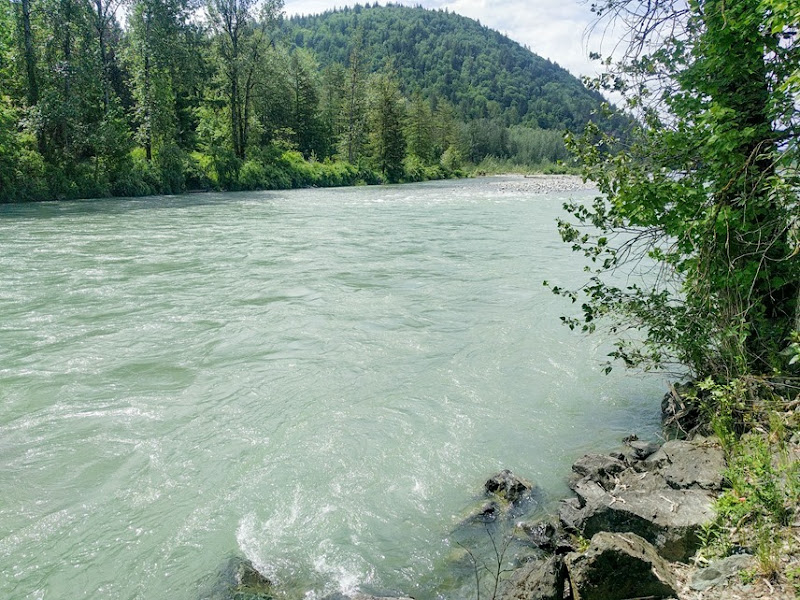 And home, making for a short day.