We woke up to rain and it looked very gloomy outside, with low clouds. No long views today. 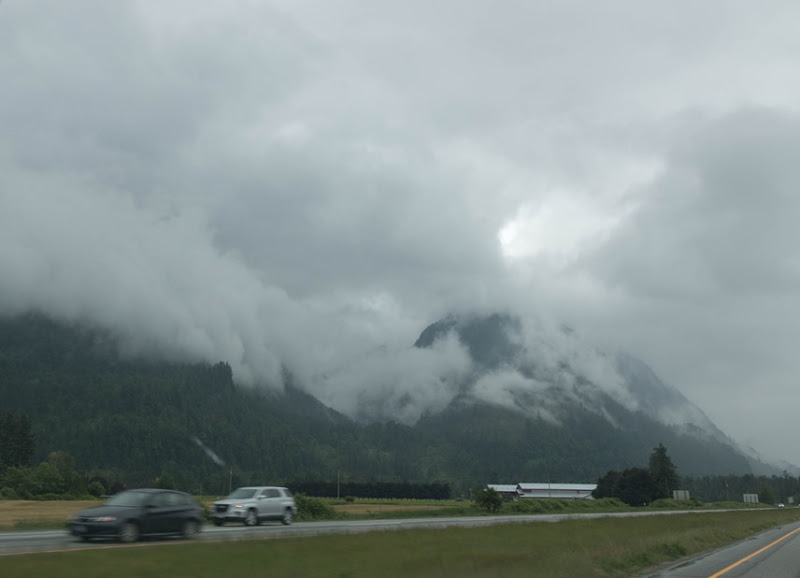 I had planned to go to Bridal Veil Falls from our next stop but it is almost half way between and only 30 km away. A waterfall is a good place to go on a dark day.

A lot of people had the same idea. The parking lot wasn’t full but it was close.

It is just a short climb up beside the creek to the viewpoint. 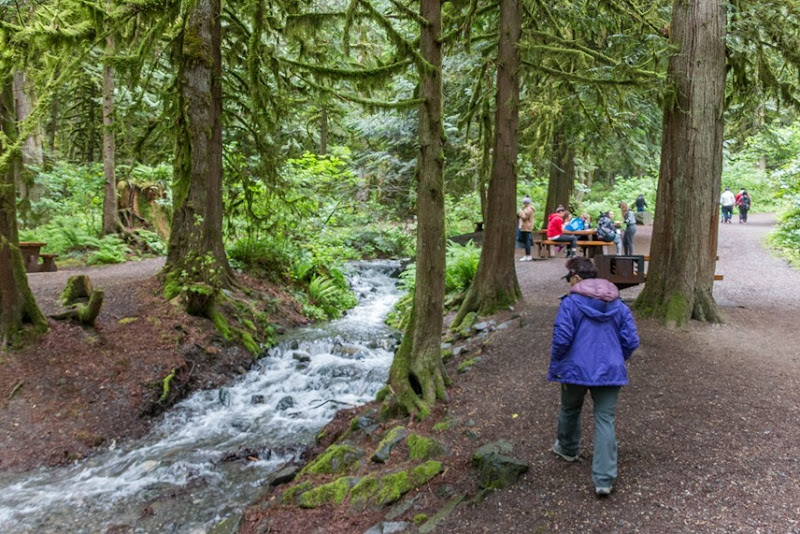 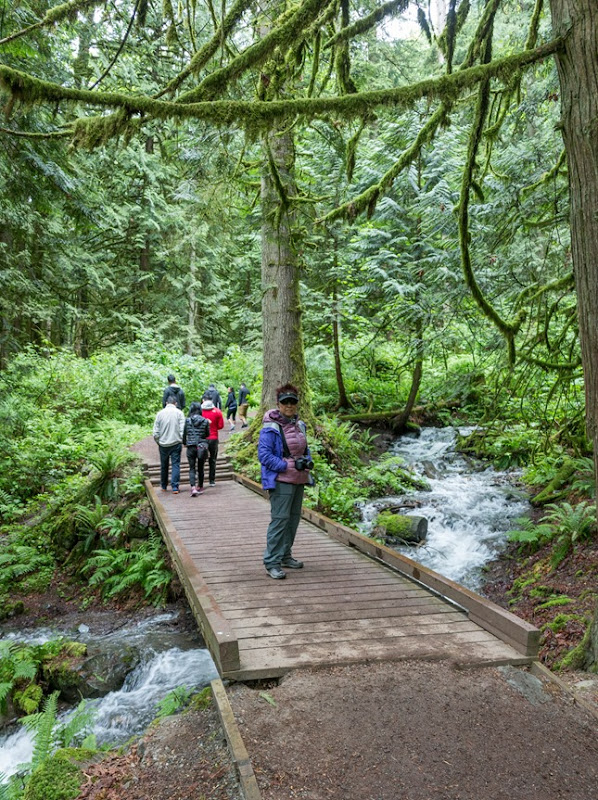 Almost there. The viewpoint is just over Jennie’s head. 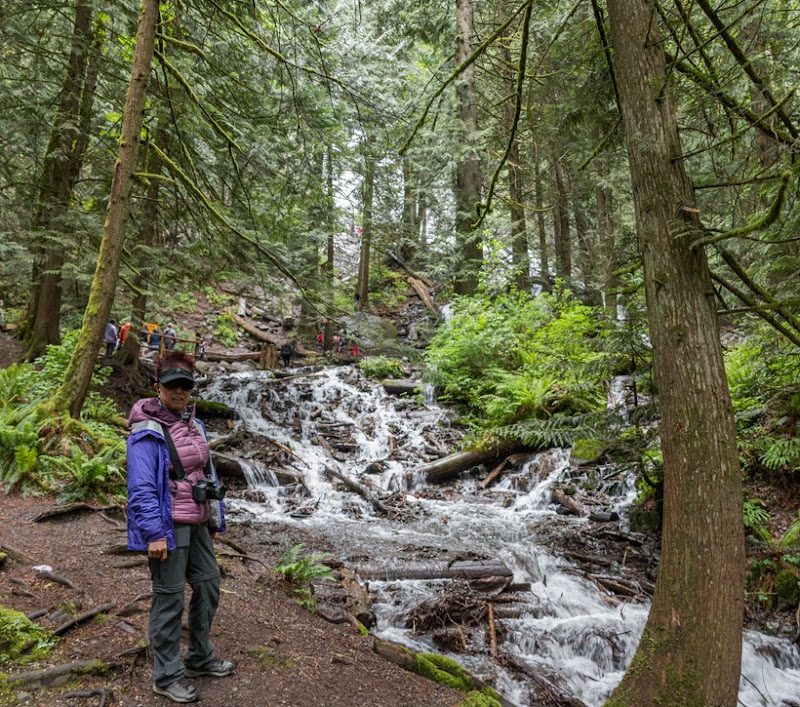 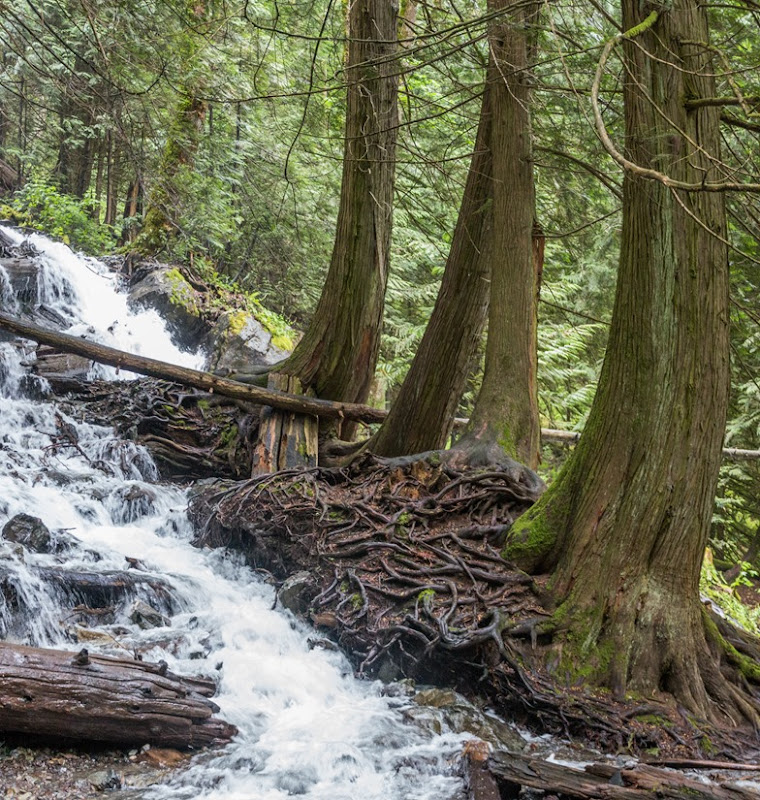 Here is the view from the lookout. Obviously a lot of people went by the fence, despite a warning sign, and climbed the hill. 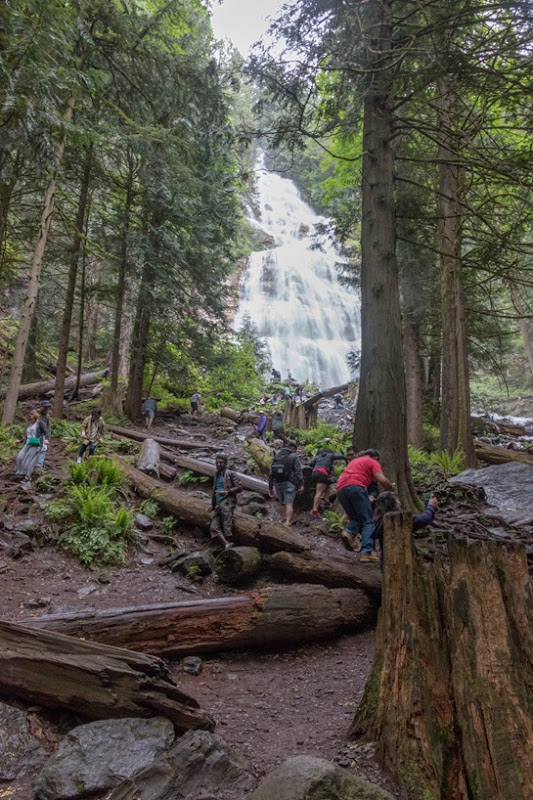 Would we do that. Yes, but it turned out that it was a really bad idea. Up near the top a fist sized rock came down the falls and flew by very close to my head. It would have been 911 time, at the best. 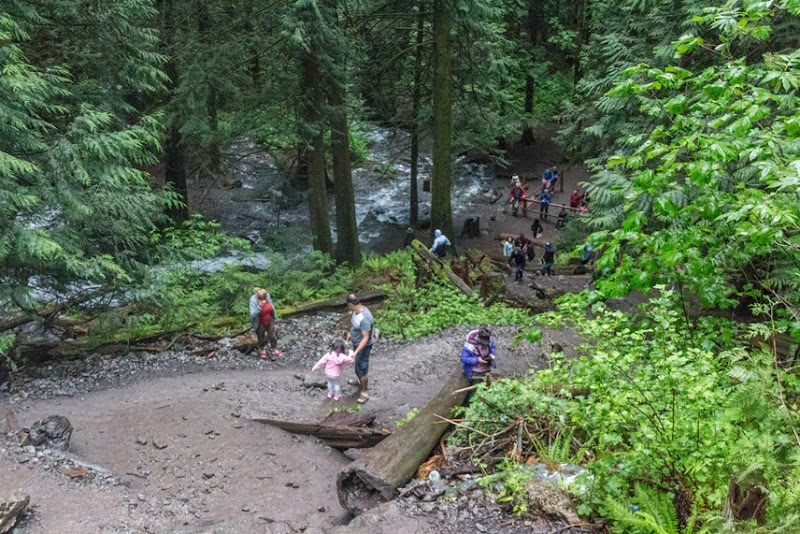 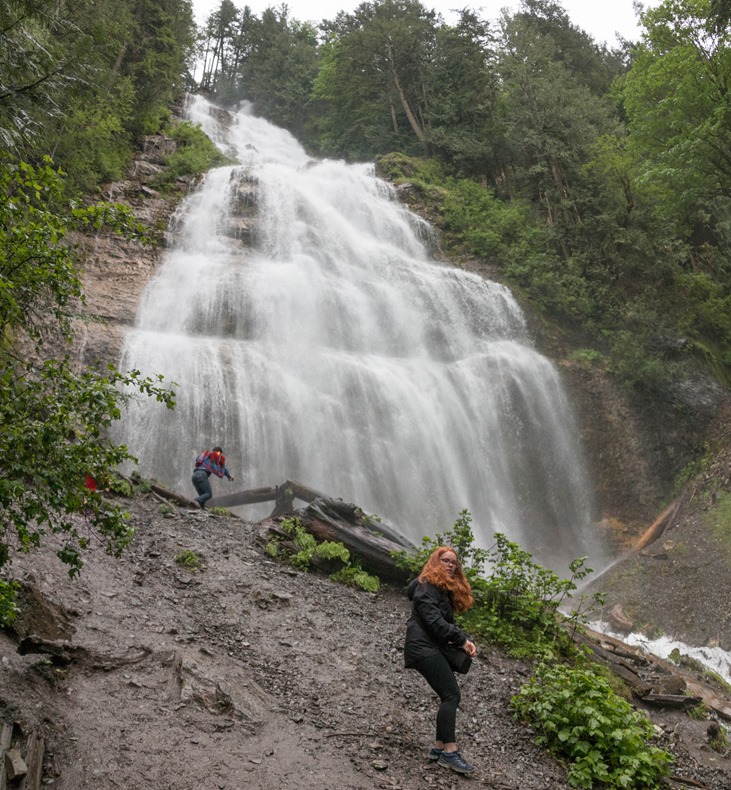 Jennie took one looking up toward me where I nearly got conked.. She didn’t have a cloth to clean her lens so it got a lot of mist on it. 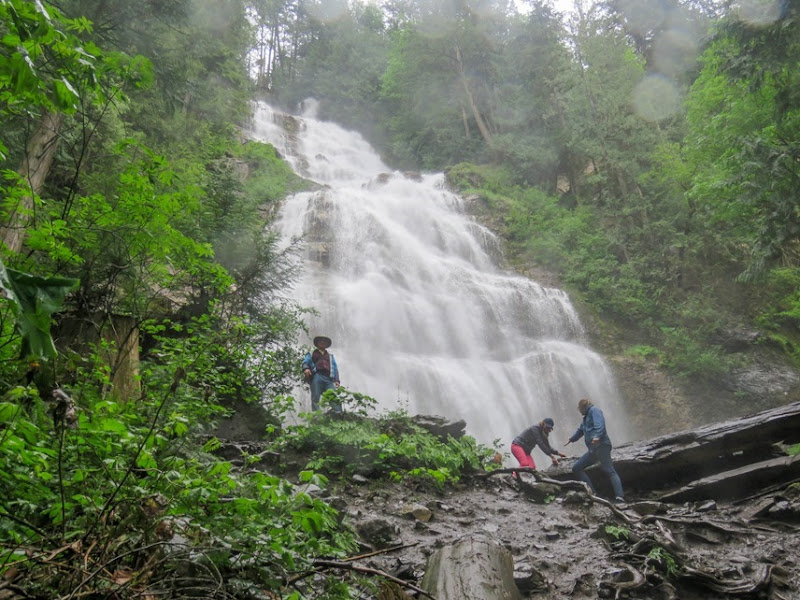 The pictures up this close to the falls didn’t look right. The photosphere shows it best.

Back down at the viewpoint, I think this zoomed shot is the best one of the day. 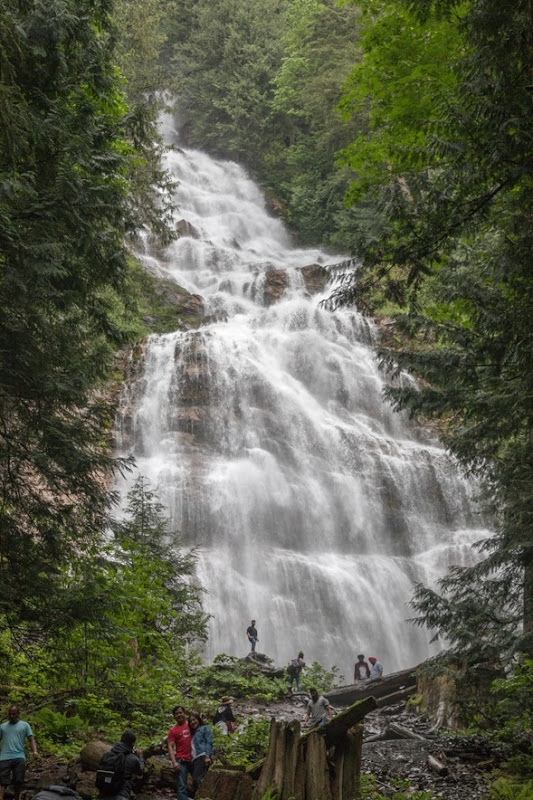 We returned to the RV for a late lunch.

Later in the afternoon it actually got sunny. At about 4 pm we thought that may be would try to go to the Othello Tunnels again. Bad idea. Everyone else had the same idea. Even the 1 km access road into the parking lot was solid on both sides with parked cars. We just turned around and went home. It is a good thing it is close to town.

Tomorrow is supposed to have more sun. We are going to spend most of the day at E.C. Manning Provincial Park but will try the tunnels again on the way home. As a last resort we may try on Tuesday morning before we leave for Chilliwack.

Every evening it has been fun watching the fresh crop of rental RVs coming, usually with a German family. This must be their first stop since arriving in Vancouver. They all seem a little lost as they stare at control panels, hoses and cables.