We woke up to a nice day. We are moving down the coast to Bullards Beach State Park just north of Bandon. Since it is a short drive, we had some time before leaving this morning. On the dune buggy ride we had seen some people sandboarding so today we went over to investigate. You find a steep dune, get a snowboard, put some binding for bare feet on it and away you go. It looked like fun but from the comments we heard, butt plants and face plants are no picnic. 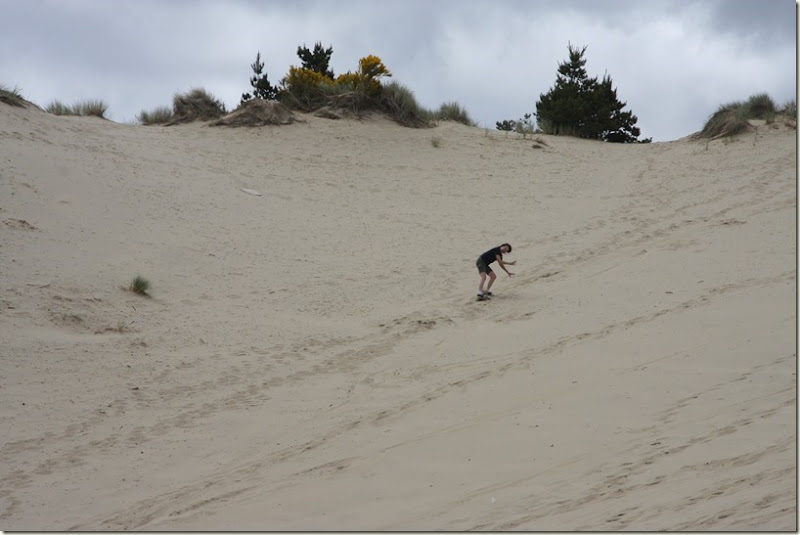 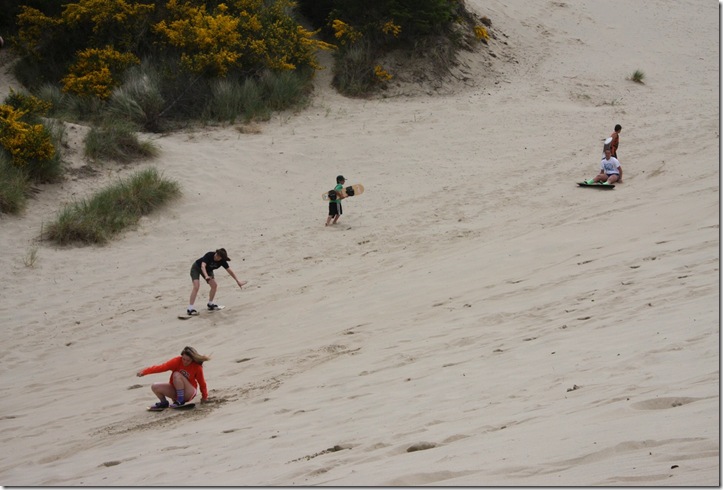 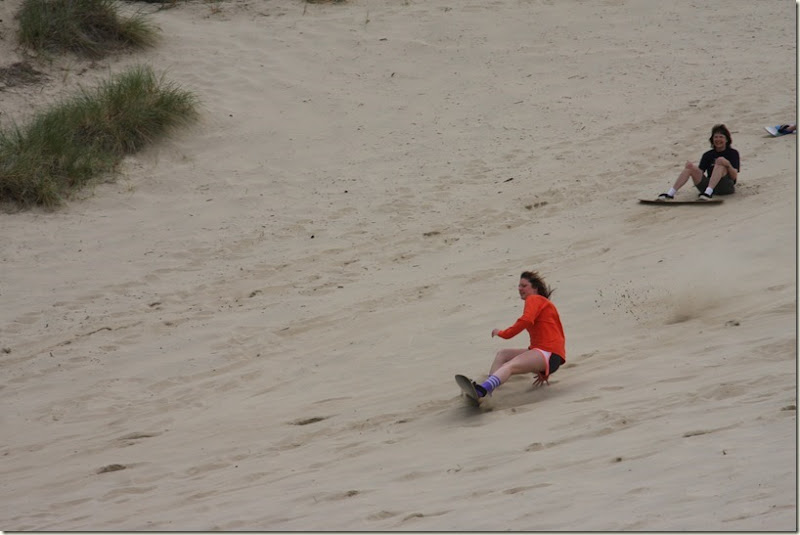 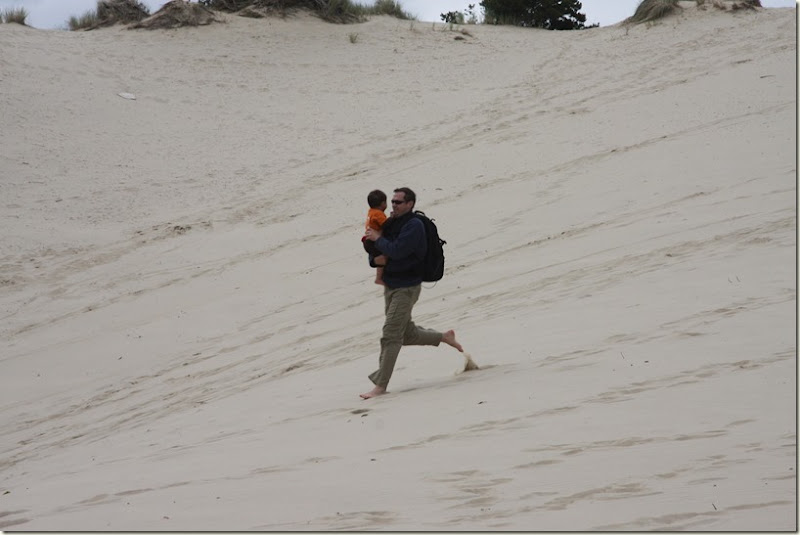 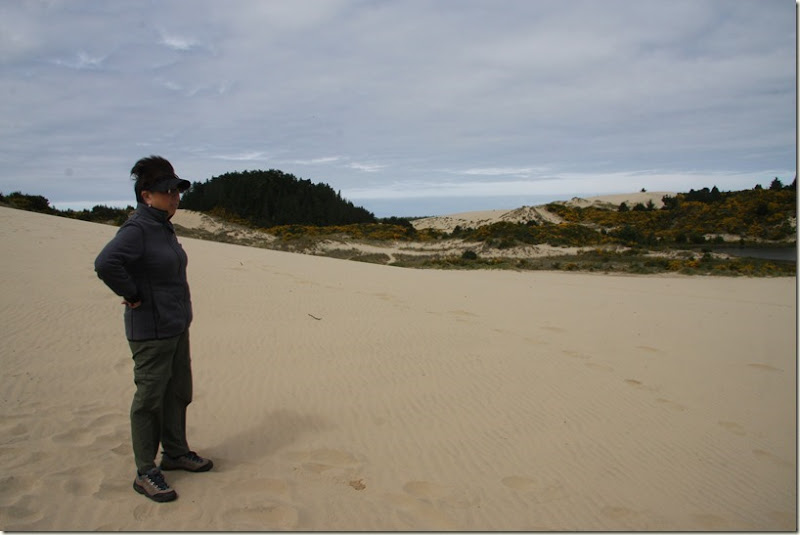 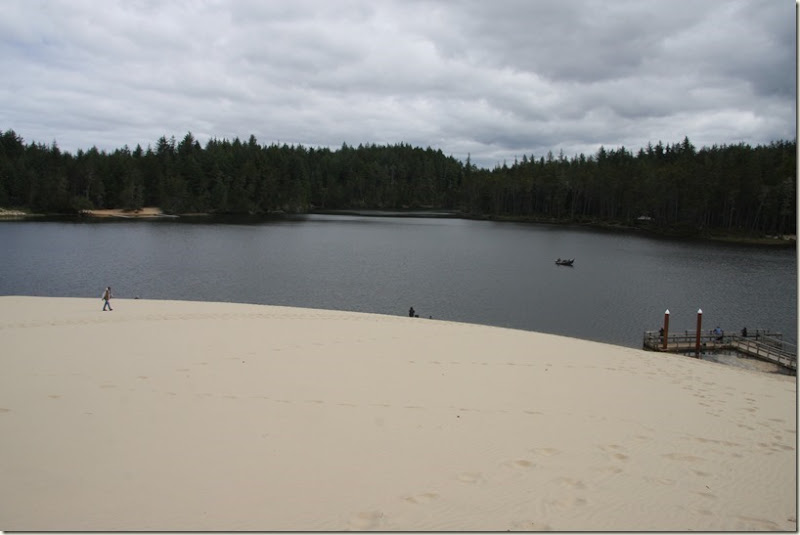 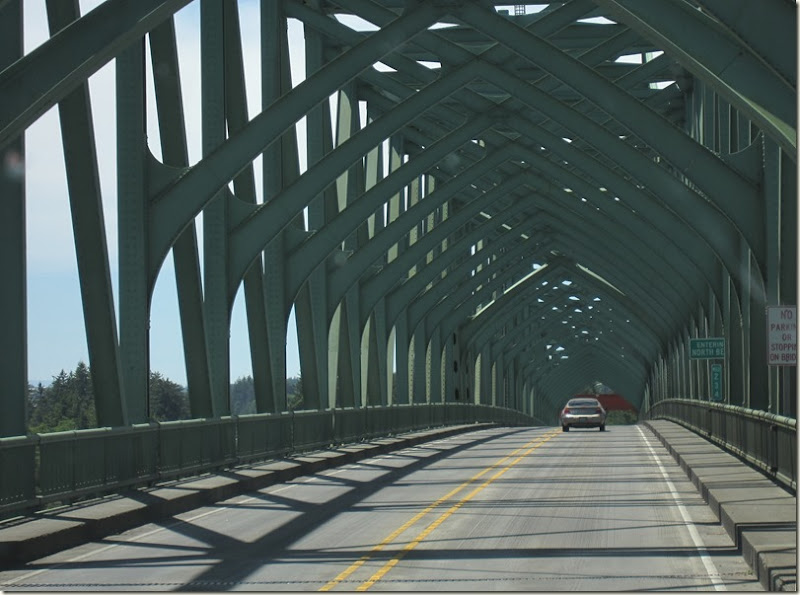 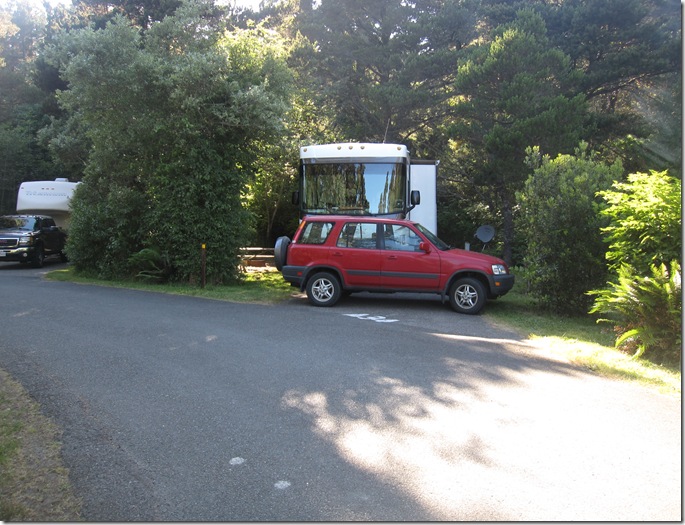 After landing the beast, we head to the Bandon Visitor’s Center to pick up info about the local attractions.  We walked through Bandon’s “Old Town”, meaning tourist area. Since Bandon is famous for it’s cranberries, we popped into a place called Cranberry Sweets. They had free samples of a huge number of their products.  We left with a sugar rush after trying many  jellies, chocolates, fudges (cheese flavoured too) and lemon cream. We felt we had to buy something after the pig out so we got some flavoured chocolate.

It was a little chilly walking their waterfront broad walk so we dropped into Tony’s Seafood Shack and had a cup of ???, you guessed it, Clam Chowder.  It had a nice flavour, just a bit too thick with flour and not clams.

We checked out some of the stores and found some T-shirt humour:

“The older I get, the better I was”

“I am perfectly aged like a bottle of fine wine: complex and fruity”

Back at the campsite Stuart tried to setup the satellite dish. As it is quite heavily forested it took 4 setups and teardowns until he found a spot that worked. Walking through the campground later we found one guy who obviously never gives up. He ended up tying his dish and tripod (which are only meant for the ground) to his trailer’s roof. 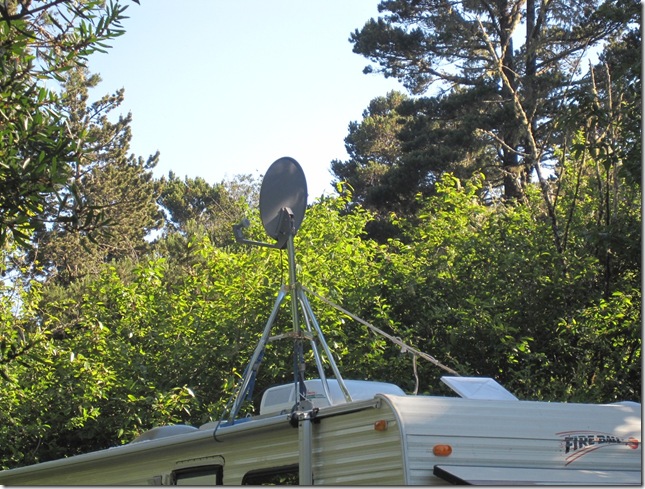 He had ropes to everything he could wrap one around up there.