It was another nice day but still very windy. We headed south to Samuel Boardman State Park. This is an amazing 12 mile stretch of highway. Definitely the best scenery yet. It is a very rocky section of the coast with sheer cliffs and lots of rocks and sea stacks offshore. The Oregon Coast Trail runs along the cliff and there are many access points along the highway. Most required a short but steep hike from the parking lot to meet the coast trail and then a hike along the trail to the view points.

During the day it was sad to see so many cars pull into the parking lots and realize they couldn’t just pop out of the car and snap a few pictures. They would just leave, not know what they were missing.

The pictures we took today don’t do the places justice. The views are just too big to fit in a small picture and we are not the best photographers.

We started out with a very short hike to Arch Rock. I’m not sure why this was “the” arch rock because we saw many today. I’m guessing it’s because it was the most accessible. 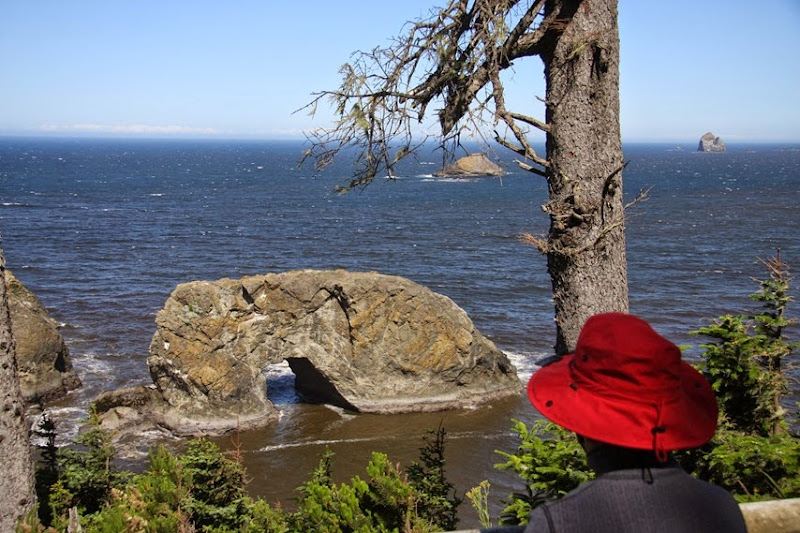 Next was what looked on the brochure like a short hike to Thunder Rock Cove and Secret Beach. It took us about 2 hours to get there, stare for a while and get back. 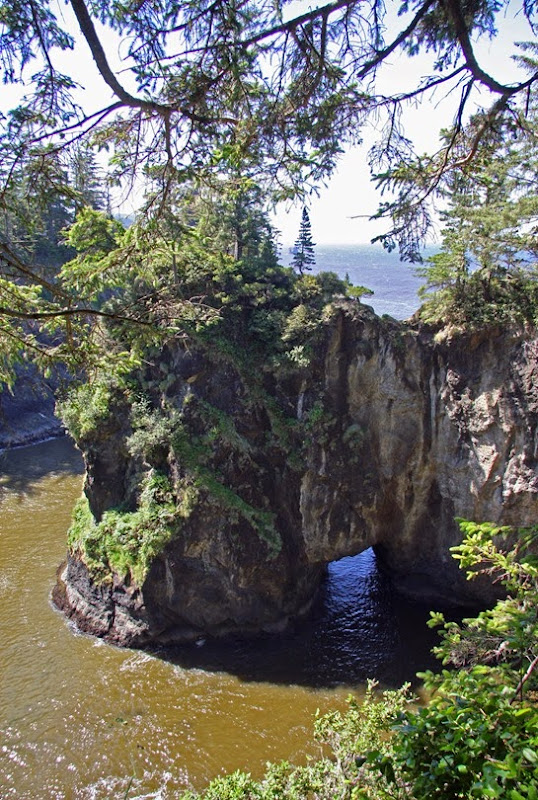 There were two other low arches in this block of rock and when the waves came in and slammed against the top it did sound like thunder. There was a side trail that went out to the skinny bit you see in the picture above and below. 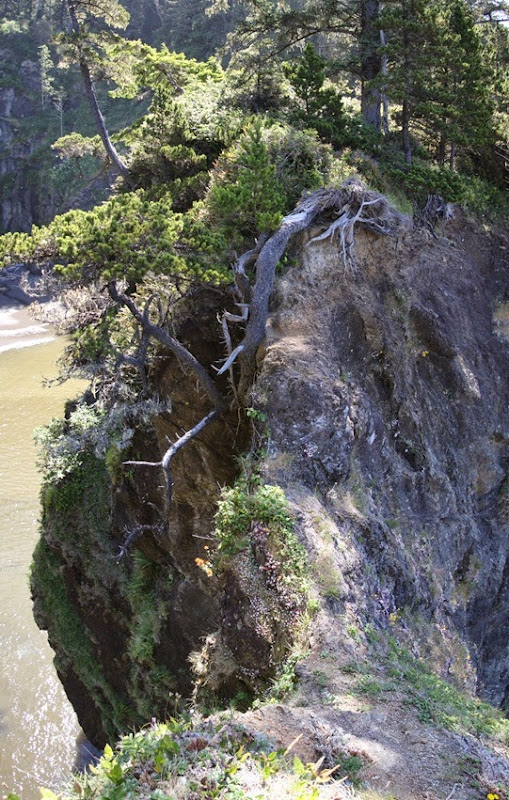 We didn’t go any farther. Back to the main trail and on towards Secret Beach. 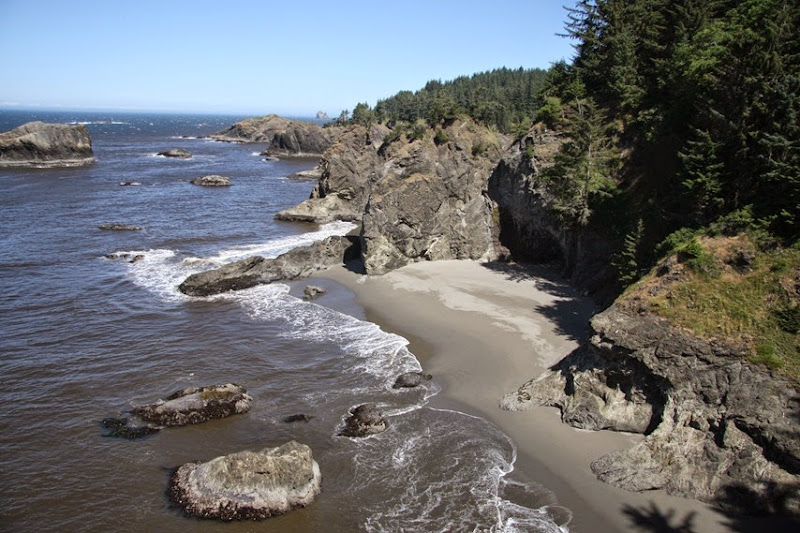 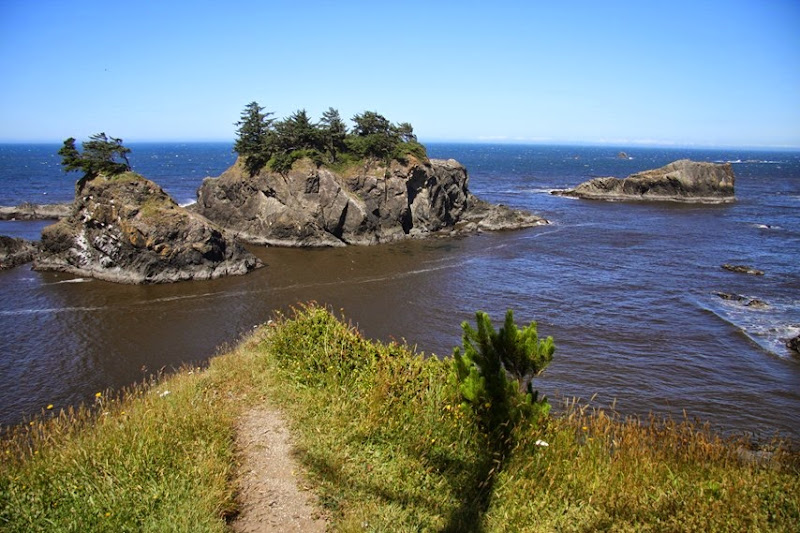 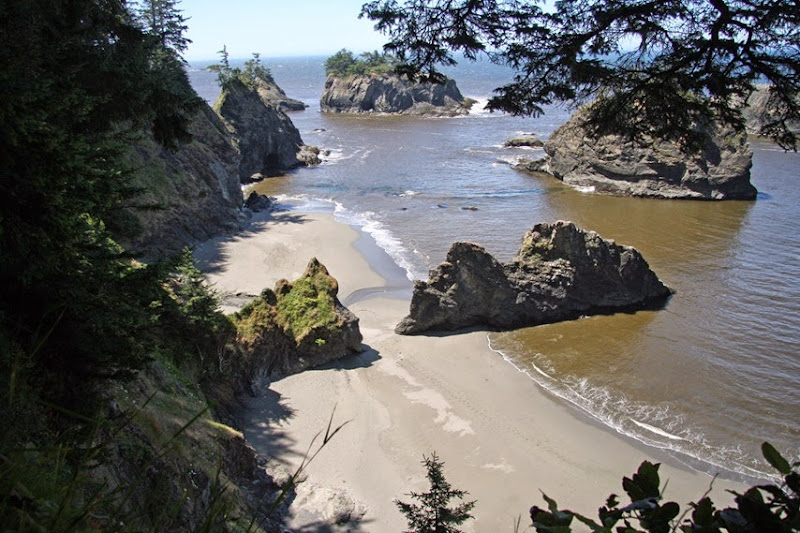 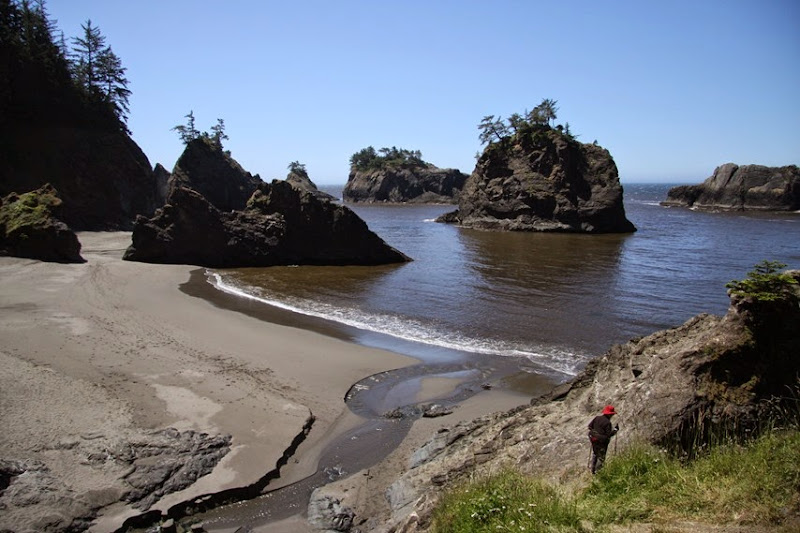 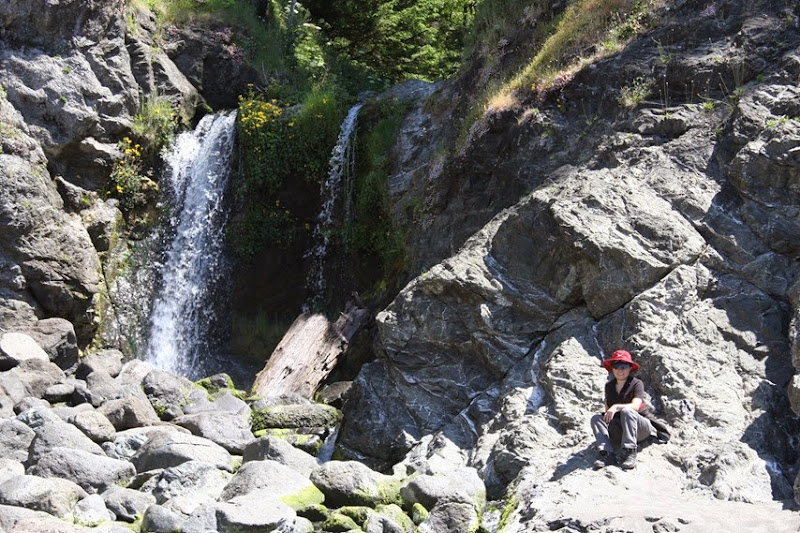 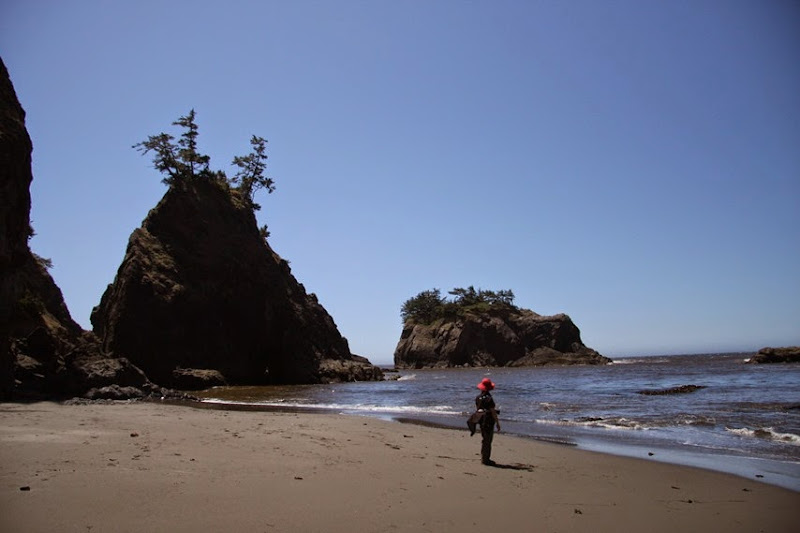 Since we thought it was a short hike we didn’t take our lunch. The next viewpoint was close to the highway so we had a late lunch there. This one was called Natural Bridges. 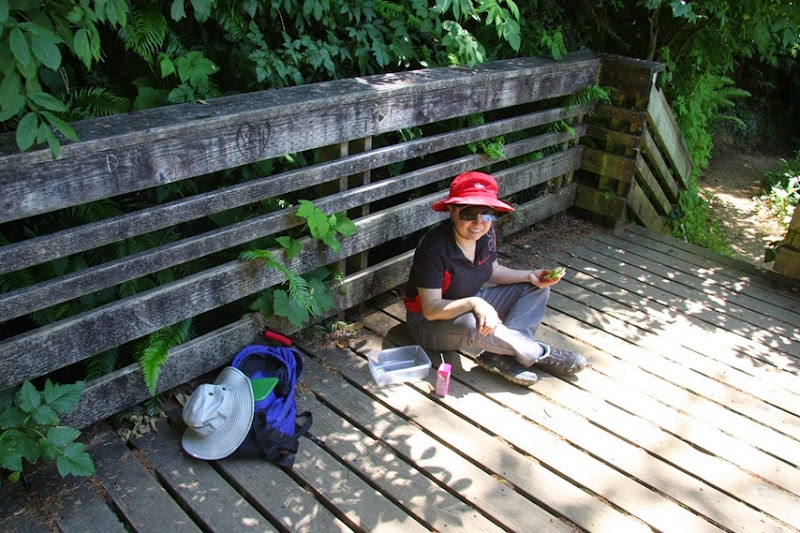 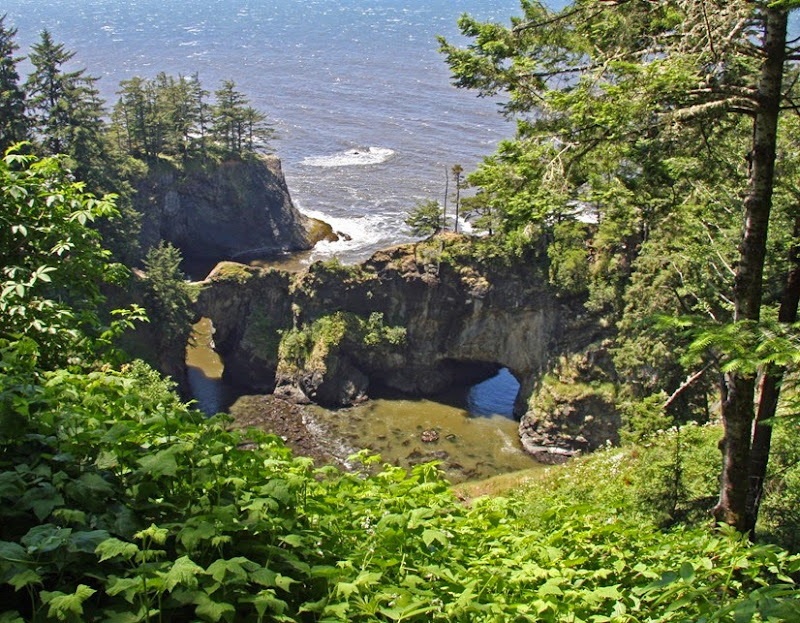 Next was Indian Sands which was an outcropping of sandstone sculpted by the wind. 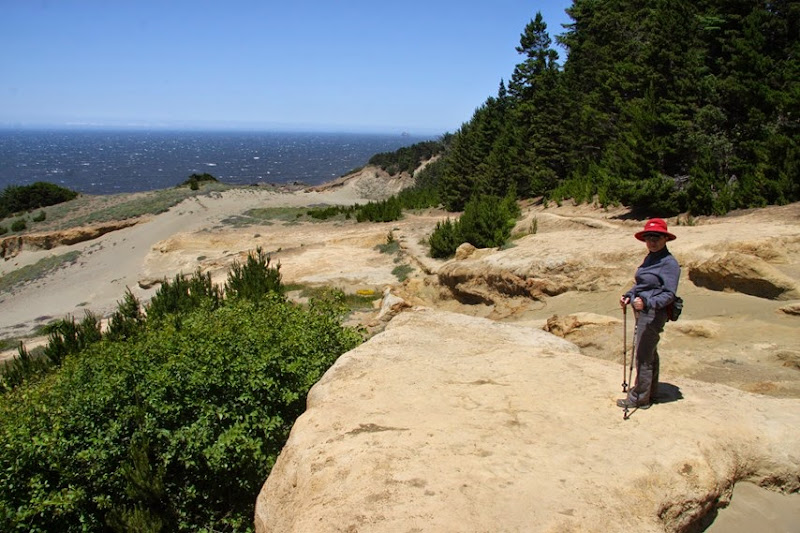 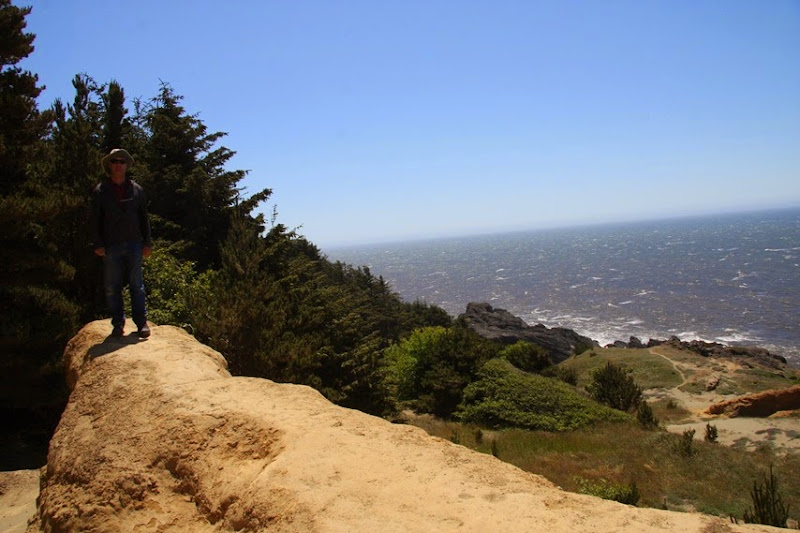 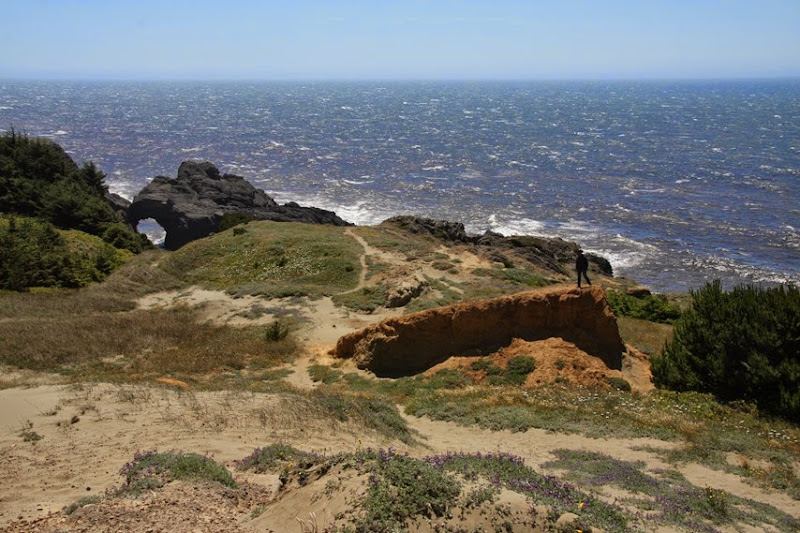 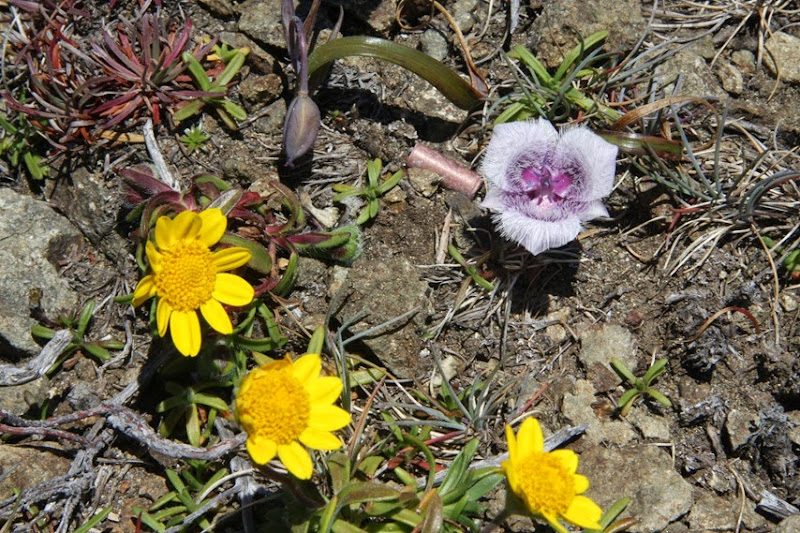 Naturally there was a lot of fine sand here which, with the high winds, gave faces our faces a polishing and  we worried about the cameras. It was tough walking through the sand so had a rest and watched the waves and the spray from the wind. 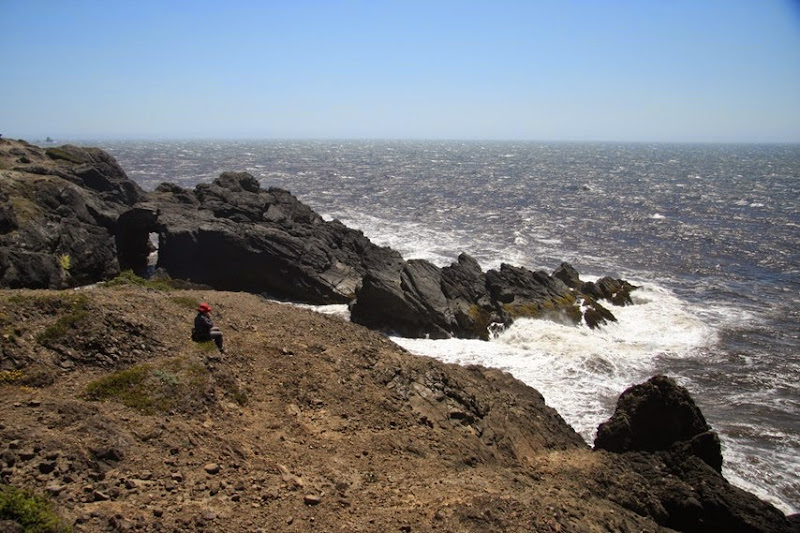 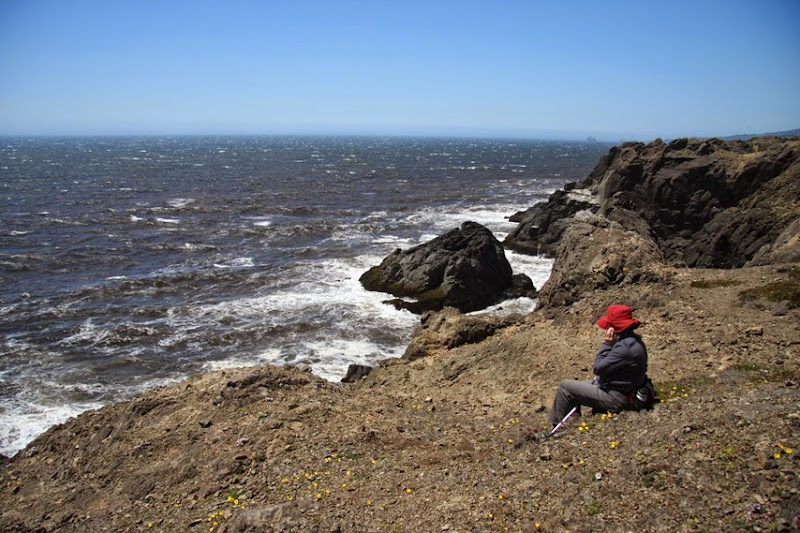 Finally Stuart did a short, but again longer than it looked on the map, hike to get a side view of this 350’ (highest in Oregon) highway bridge that we had just crossed. It looks rather spindly. 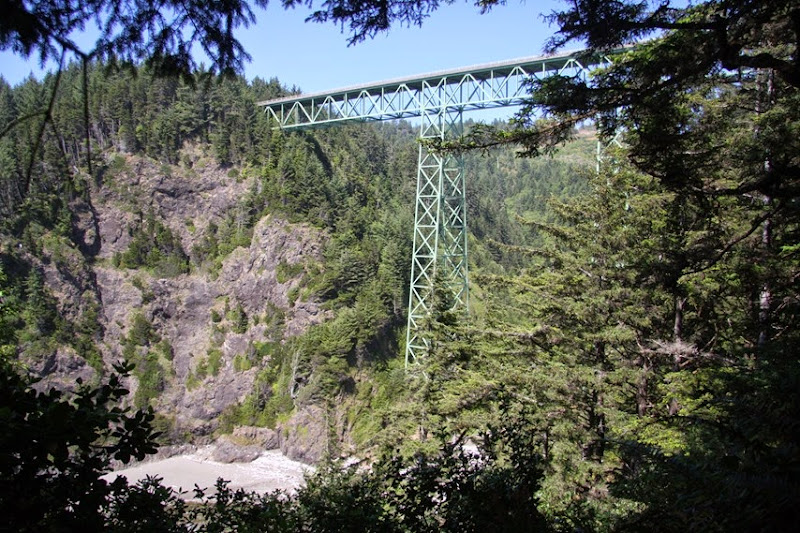