We had no internet for the last few days so I am a bit behind.

Tuesday, we mainly just rested. Jennie did a bit of shopping at all the gift shops.

Wednesday, we head east out of Yellowstone. We drove through the middle of the park and went out the east exit. It poured rain the whole day so most of the pictures will be a bit blurry as they were taken between windshield wiper swipes.

Along the way we met a few more bison. This first one was just wandering down the road. I moved close and then stopped to let him walk by. 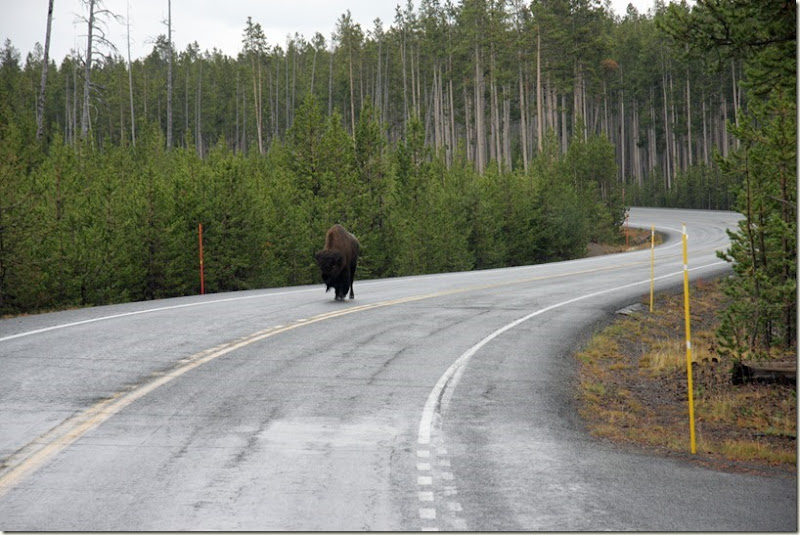 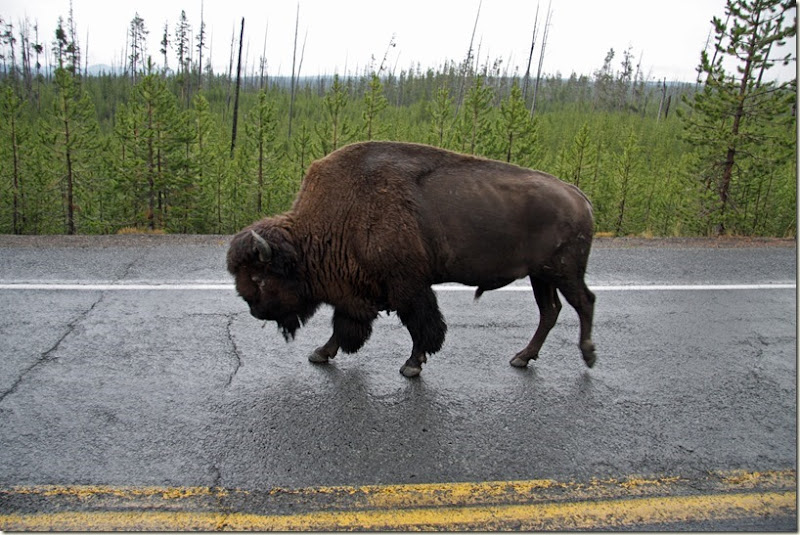 Father along, crossing the Hayden Valley we met this herd that was feeding on the roadside and they would just cross back and forth. It took about 20 minutes before they moved on. 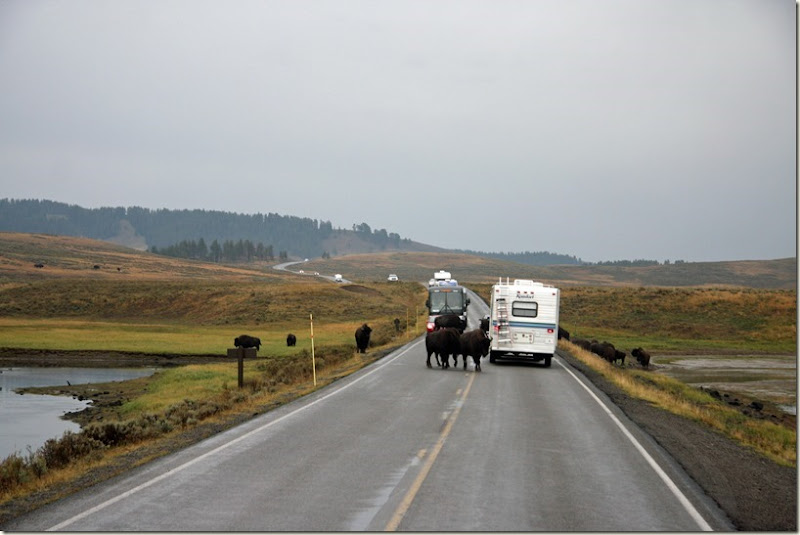 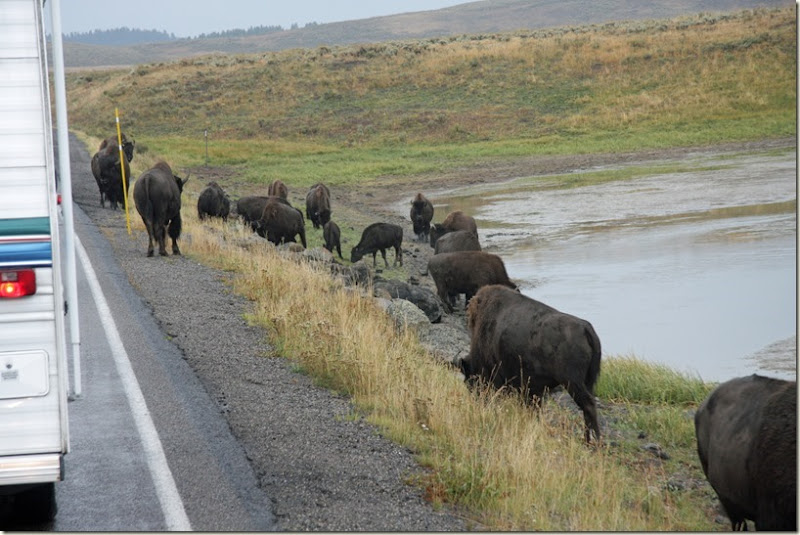 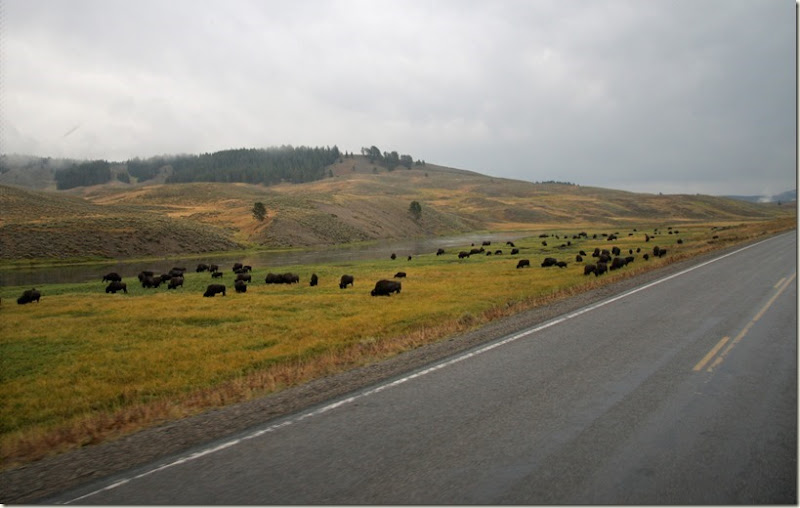 The drive out the east entrance is very scenic. It would have been much better in the sun but I would rather drive in the rain than sightsee in it so we can’t complain too much. We just looked at the clouds on the hills above and below us. 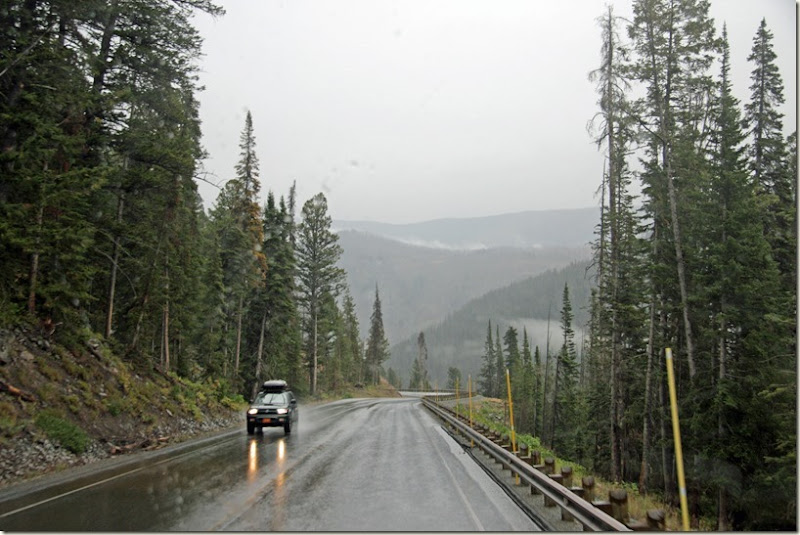 We followed a river valley for a while. 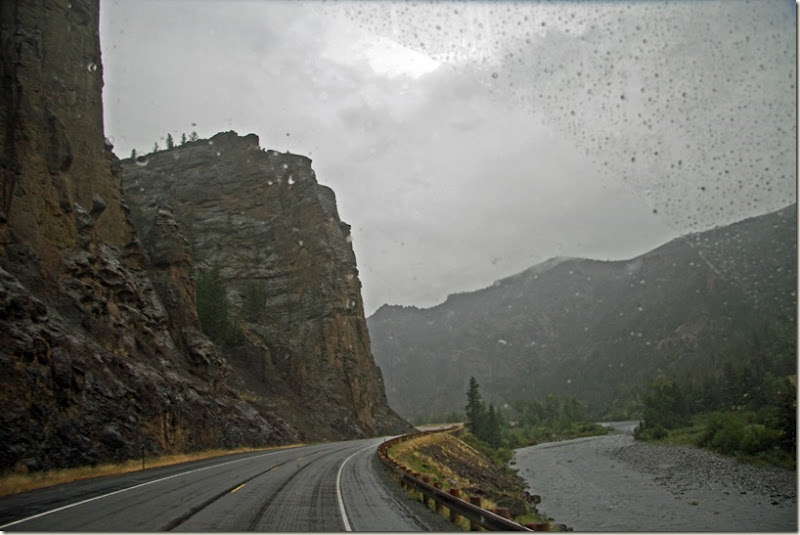 Then it opened up into a wide plain with smoky mountains on either side. 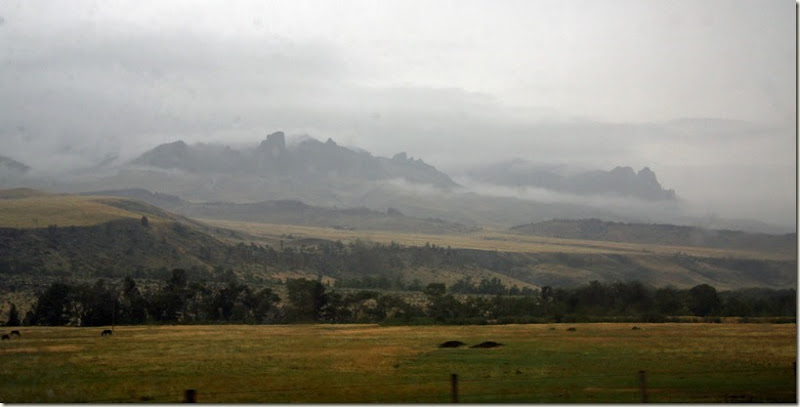 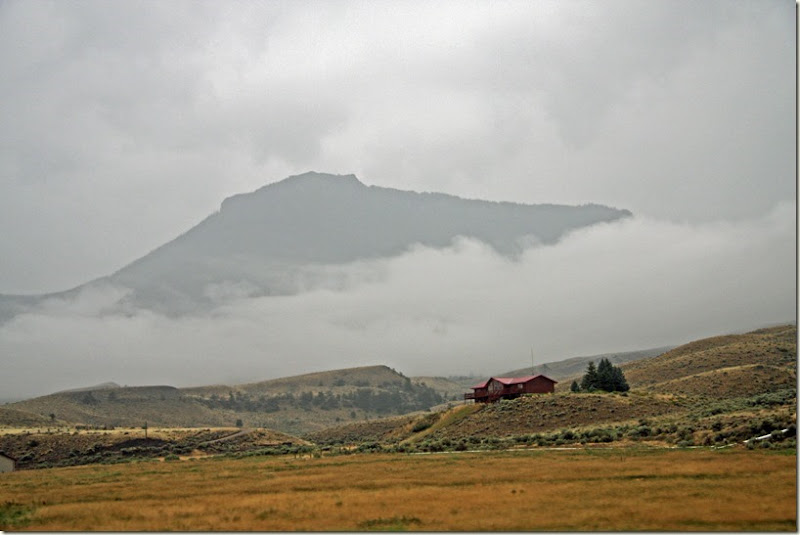 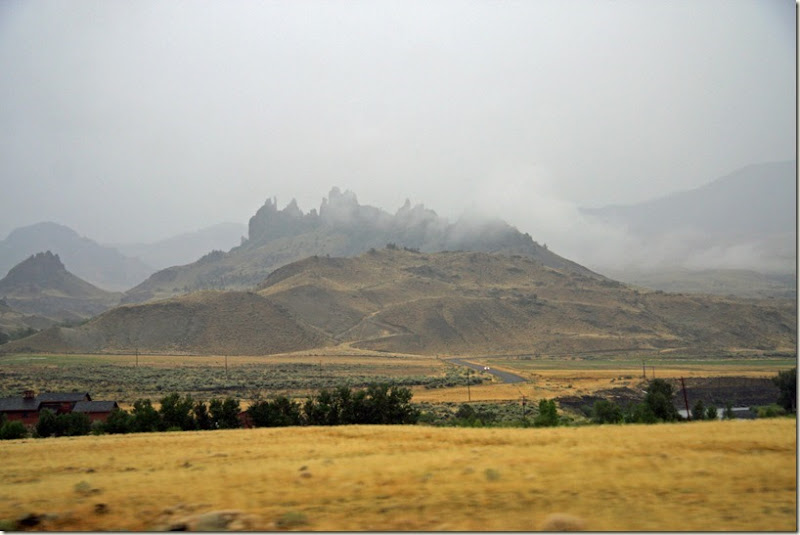 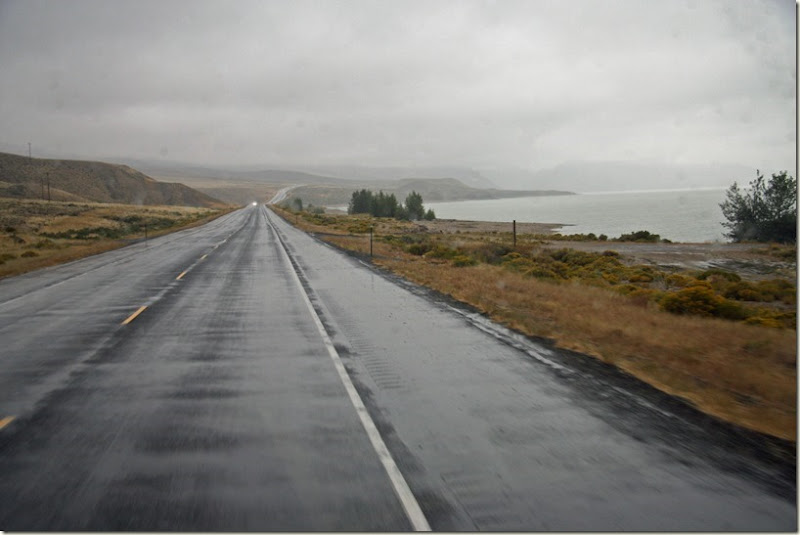 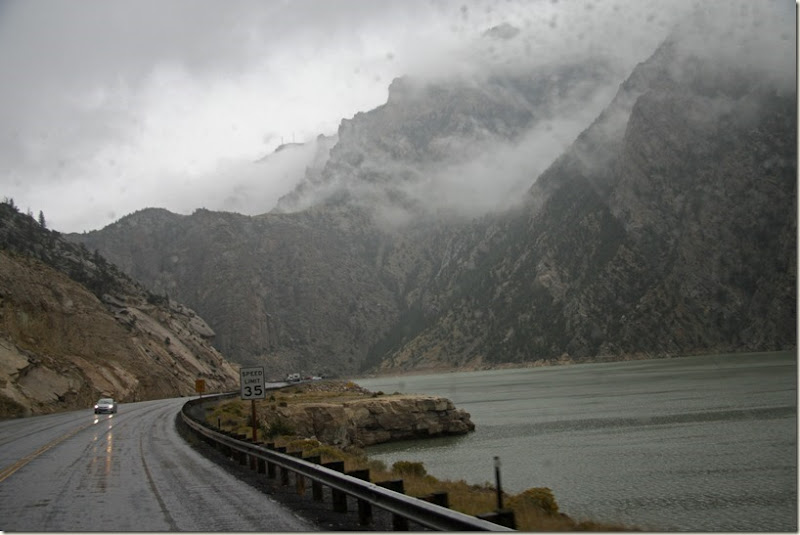 Behind the Buffalo Bill Dam we followed the deep gorge for a while. You can see the tunnel we came through just to the right of center in the picture below. 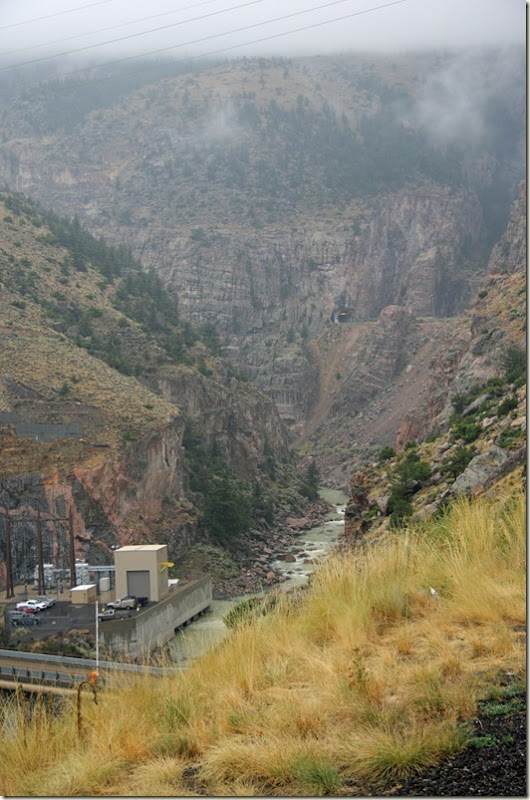 Then back to endless flatness. 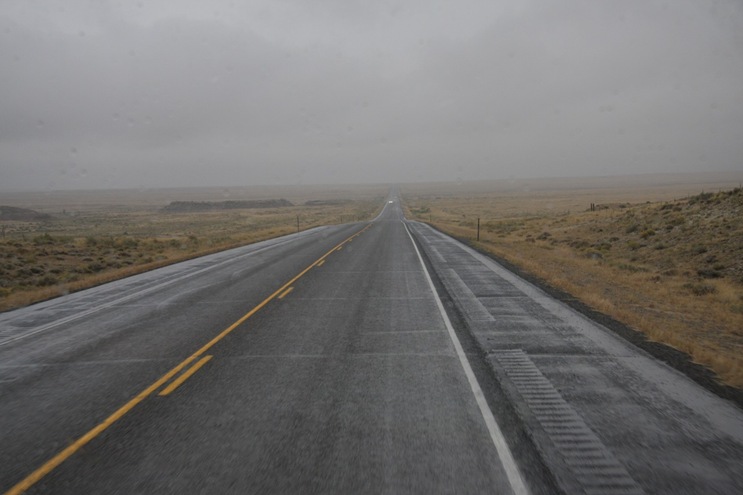 We stayed in Ten Sleep because it was about as far I wanted to drive. It was a long day, 6 hours on the road. I usually don’t drive this far but we wanted to get to the next day’s destination early.