We were up early again on another cool morning and drove 1 hour across to the east side of the park to the Canyon area.

The Grand Canyon of the Yellowstone River is 20 miles long, 1000 feet deep and up to 4000 feet across. There are also two large waterfalls. The upper falls are 109 feet tall and the lower falls are 308 feet high.

We started today at a place called Artist Point on the south rim. Next to Old Faithful this is probably where the most pictures are taken in the entire park. Even at 10 am the place was packed. The view of the lower falls is pretty good though. 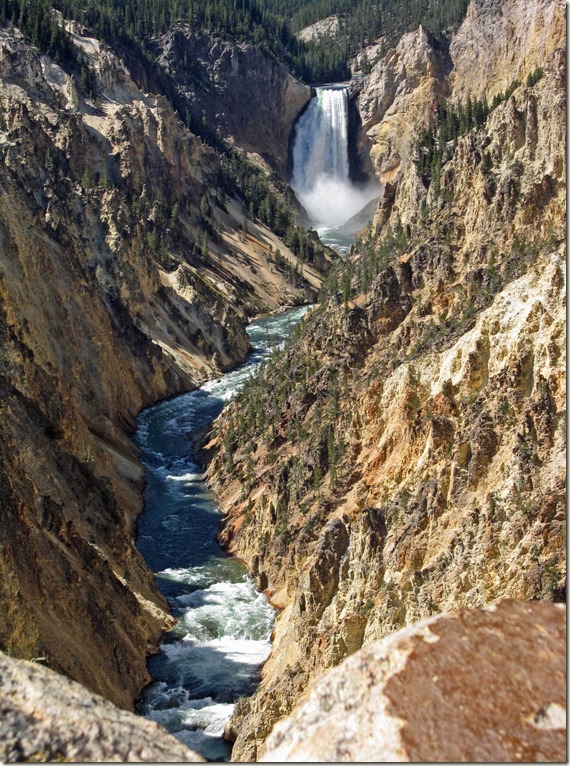 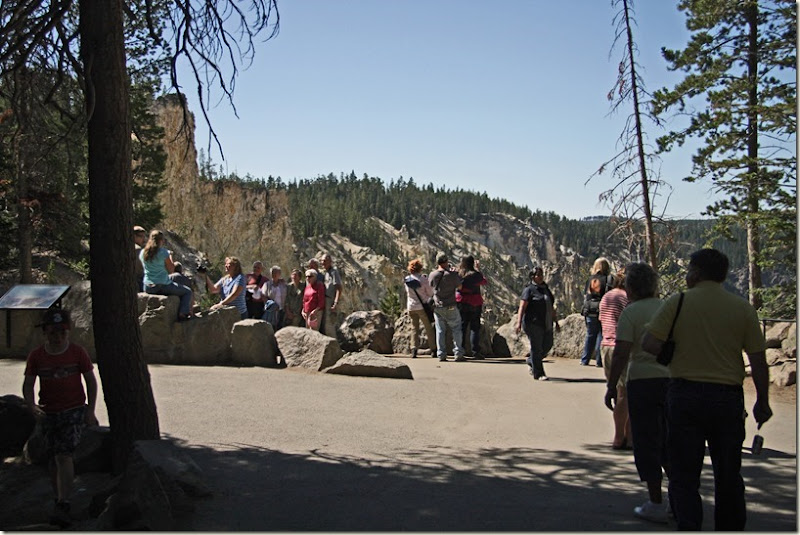 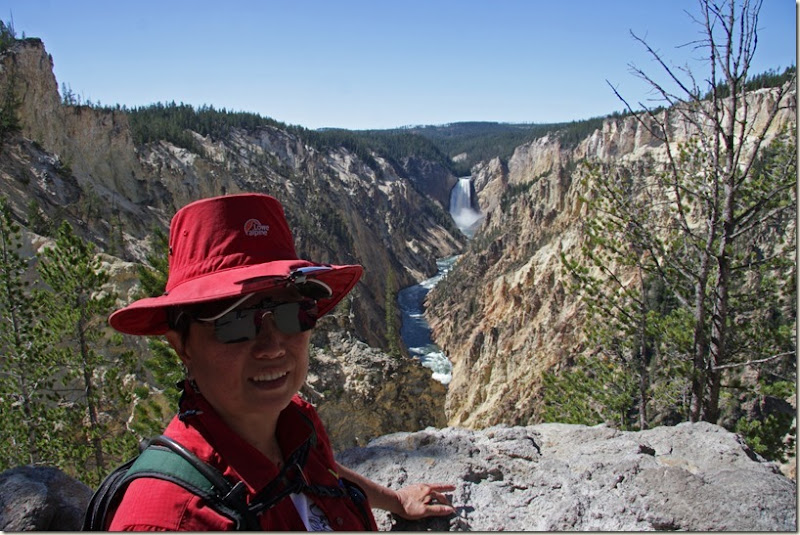 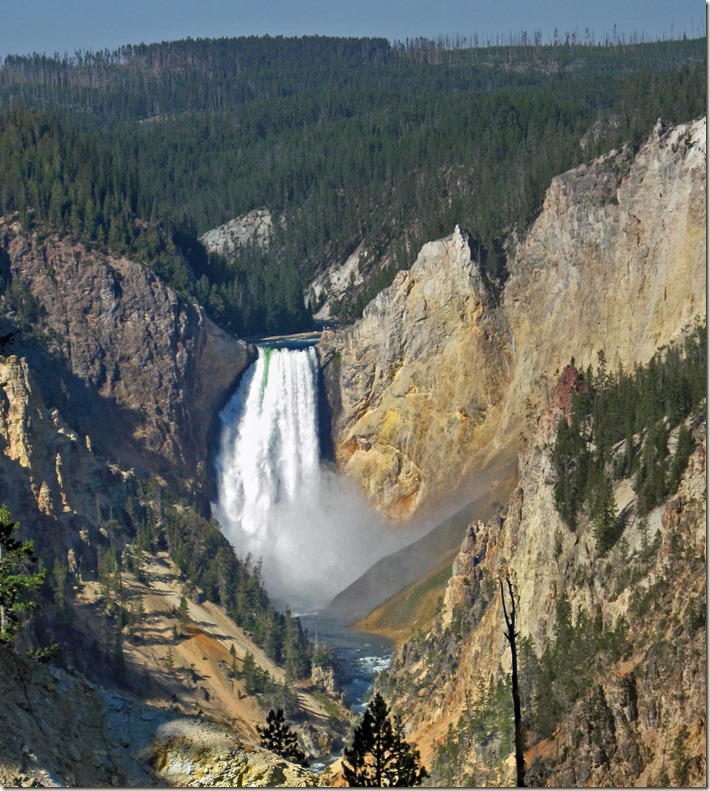 The book I bought said we should follow a trail 1 mile farther east on the rim to a lookout called Point Sublime for some better views. The trail is not shown on the normal brochure for the area so it is not very busy. The reason it is not shown is that you walk right along the edge of the 1000 foot almost straight down cliff. Great views but we had to be very careful. Another bad day for Jennie’s vertigo. 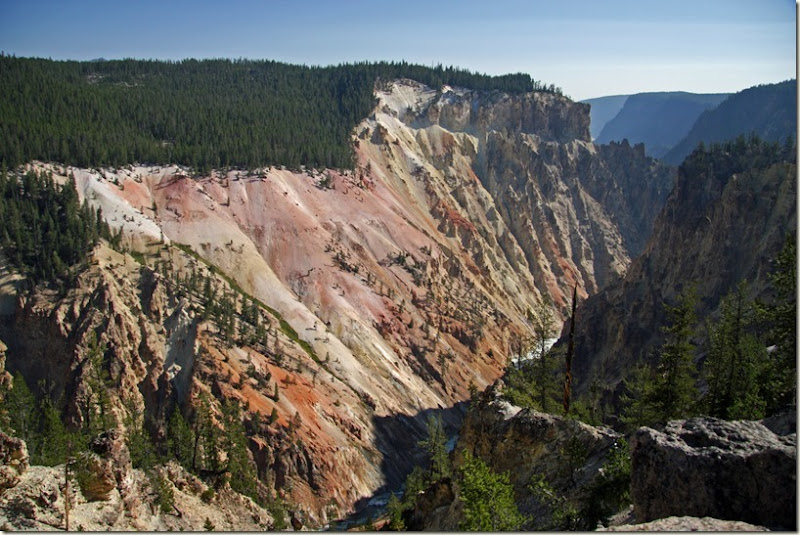 This area used to be a geyser basin so lots of great colours left from the rocks that were changed by the geyser water. 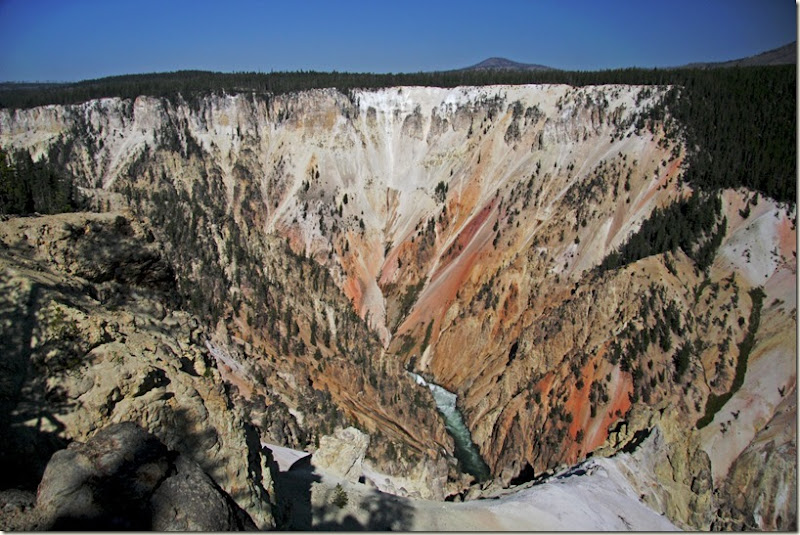 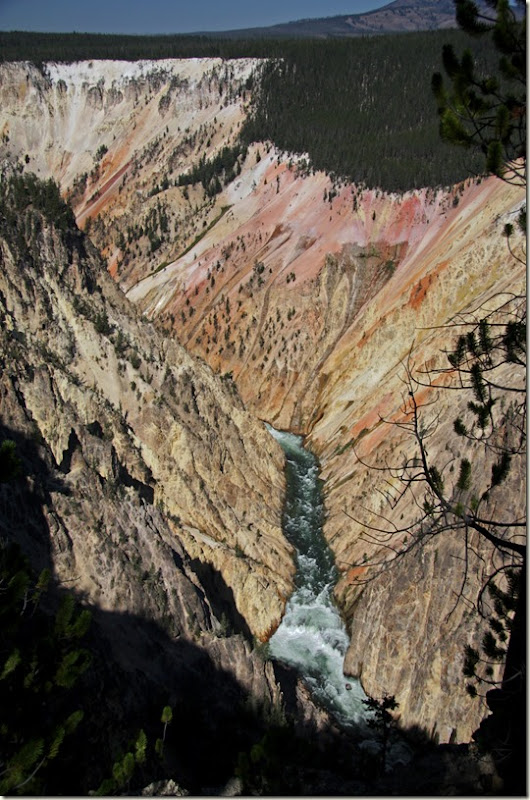 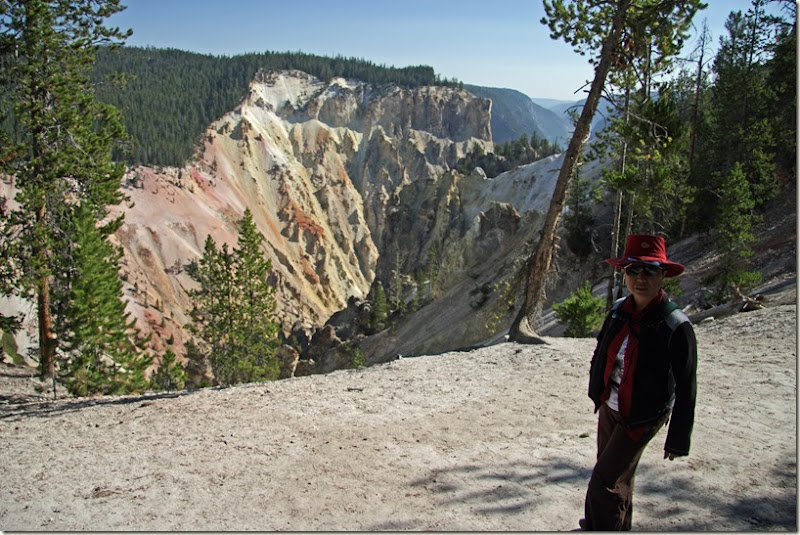 The rocks on the trail was quite crumbly and it was a long way down. 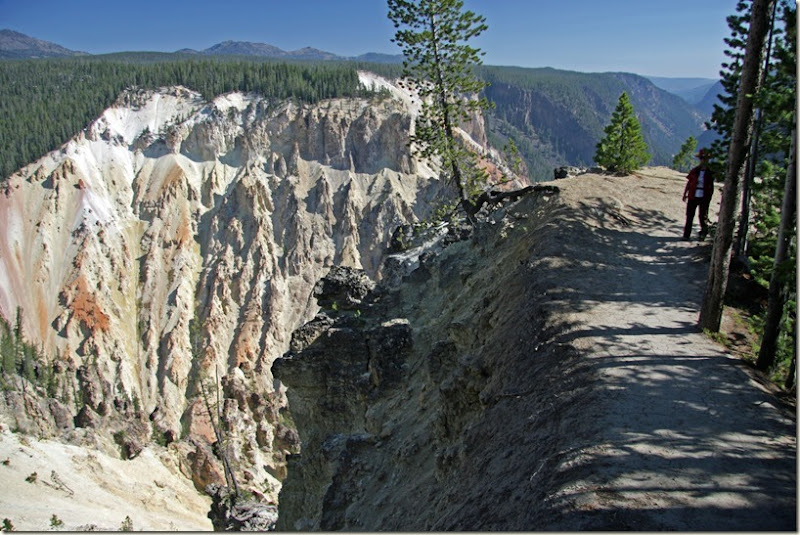 The trail went right along this edge. When there, you can’t see it because the cliff actually slants inwards. The circle is a guy standing on the trail. 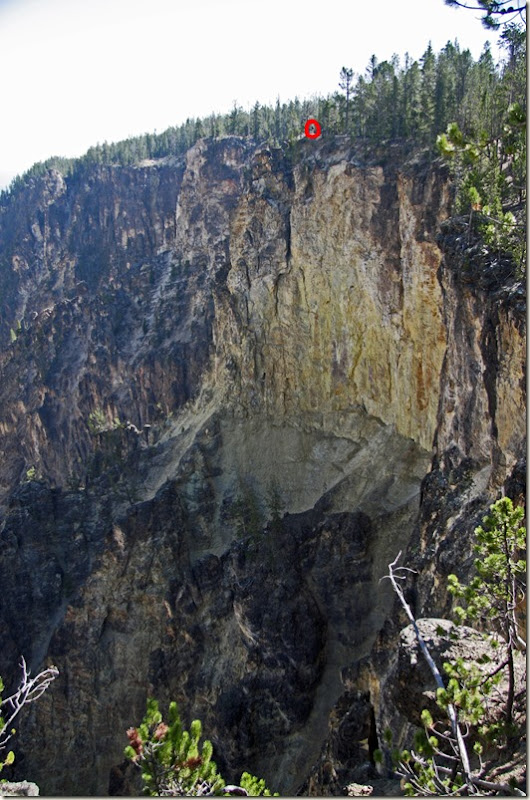 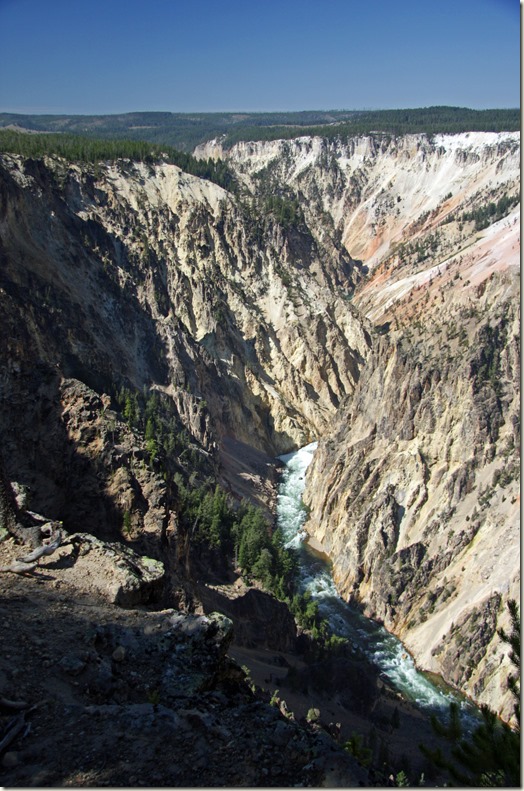 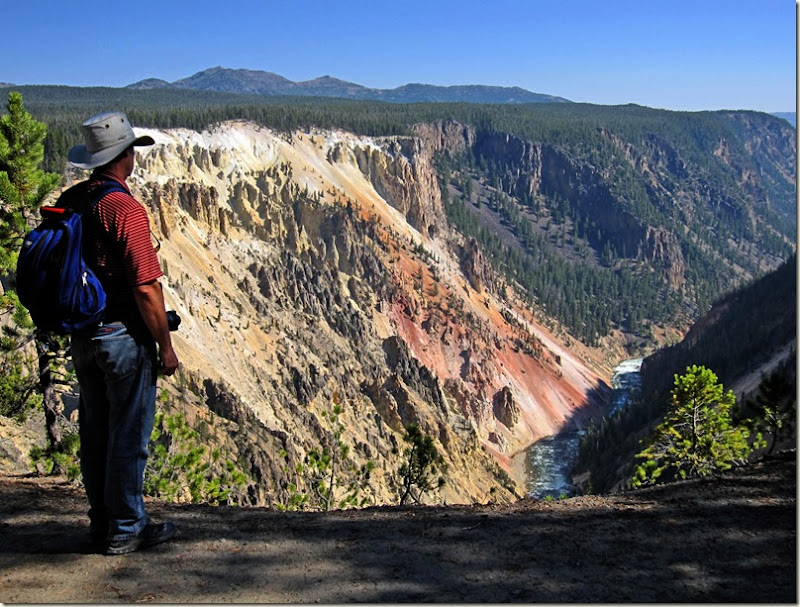 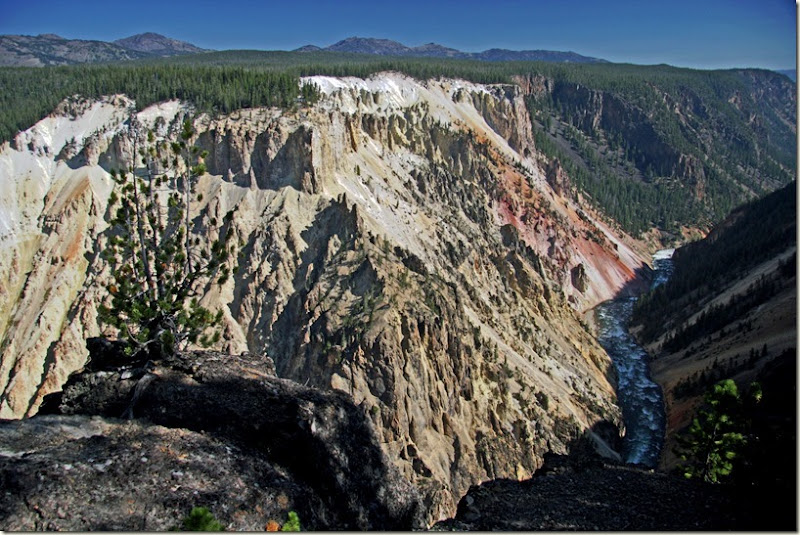 The view to the east at the end of the trail. You can see where the geyser basin ended. 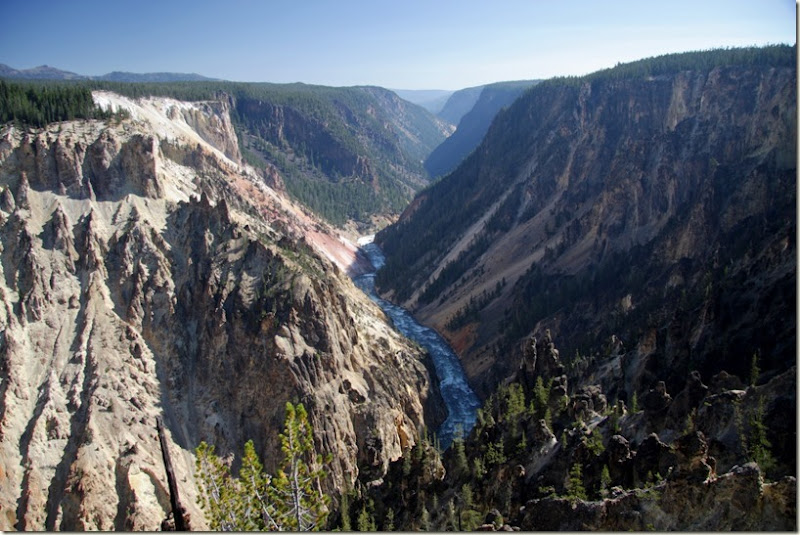 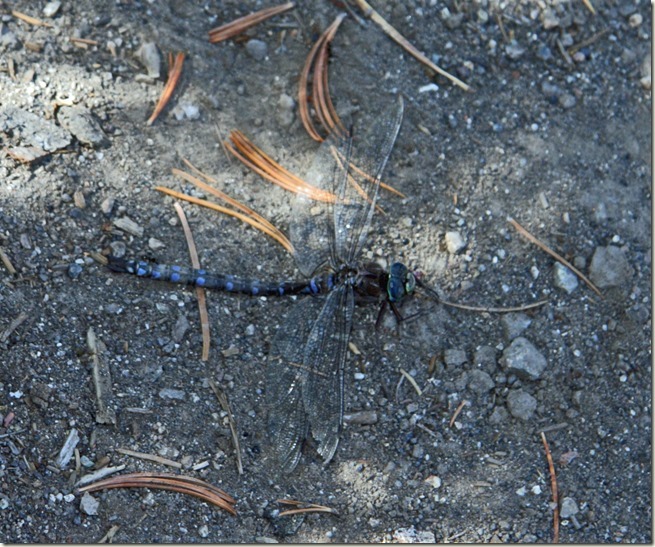 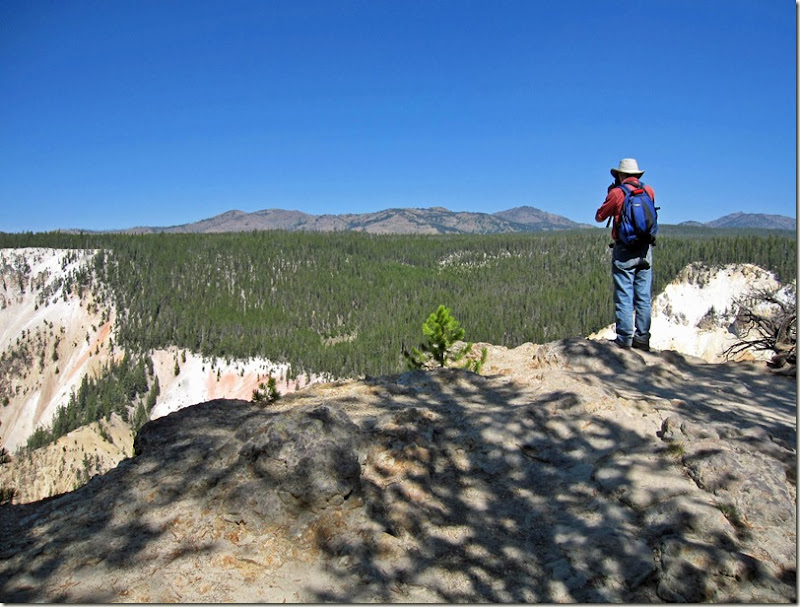 There were a few hoodoos down there. 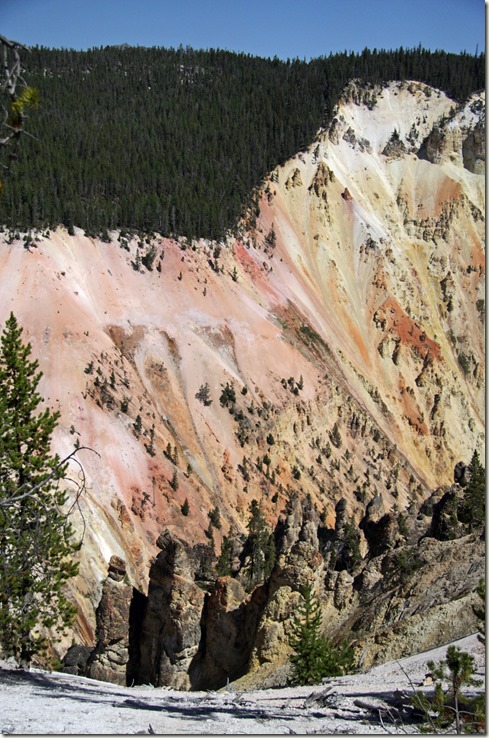 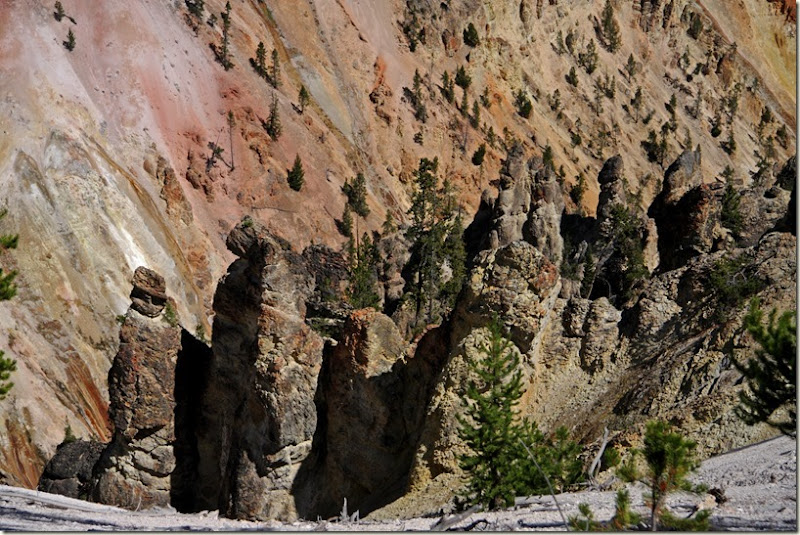 We then went to another viewpoint closer to the falls called Uncle Tom’s Point. Here are the Upper Falls. 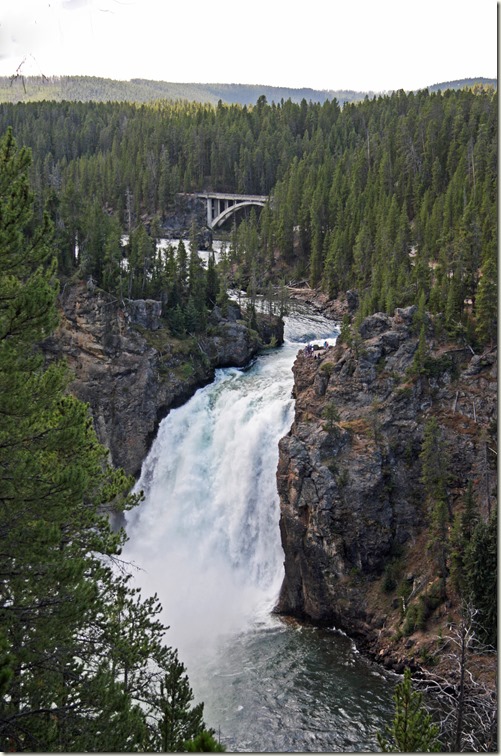 We then took Uncle Tom’s Trail to get closer to the Lower Falls. Here is the warning before you start. 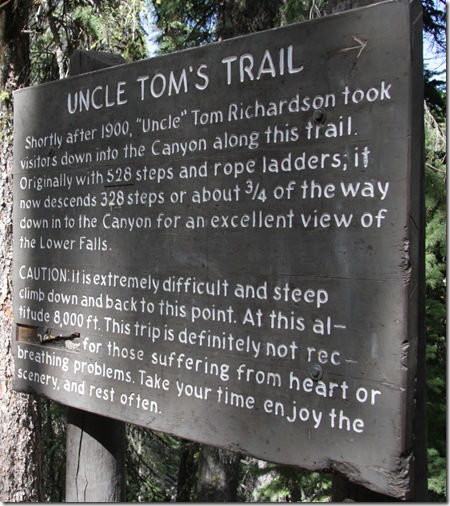 It is a metal stairway bolted to the cliff side. How Jennie made it down and up I do not know. She did feel a bit sick afterwards. 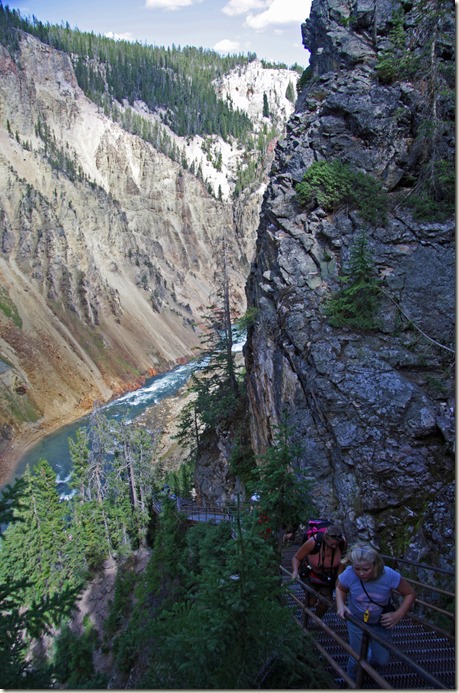 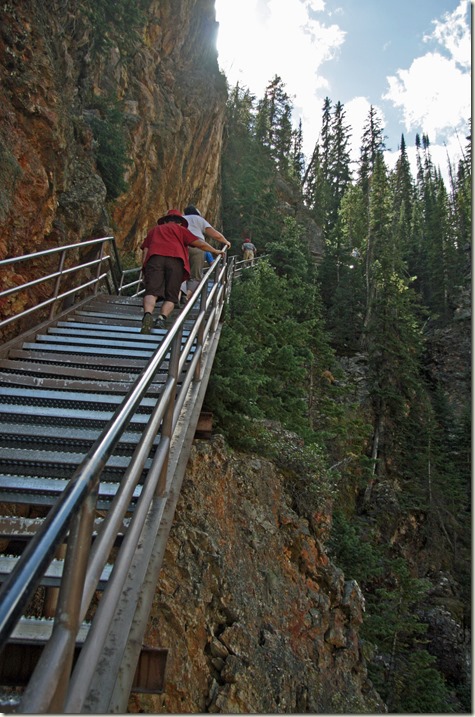 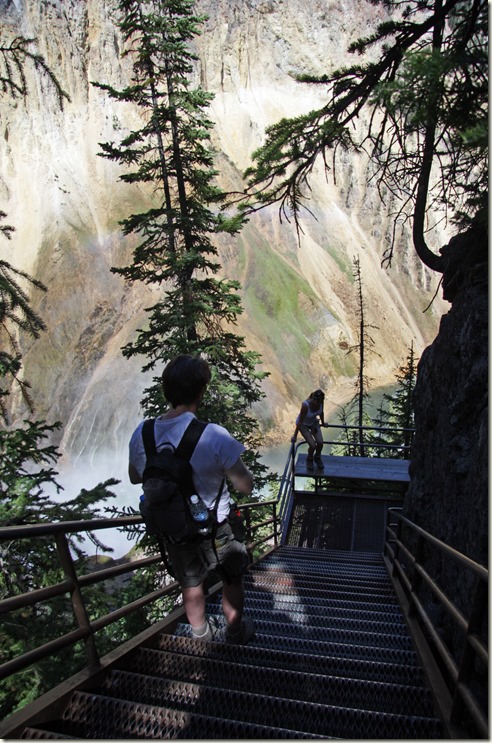 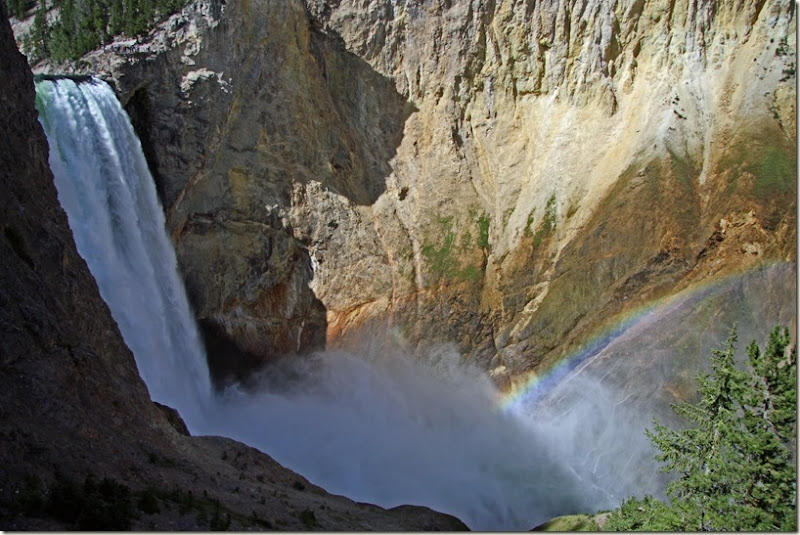 The view from the bottom of the stairs. Can you see the people on the other viewing platform just to the right of the crest of the falls. 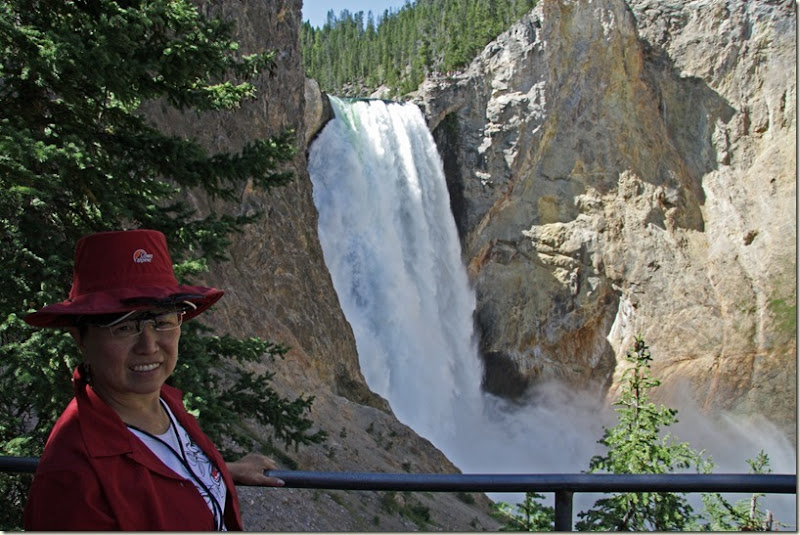 That viewpoint and some others are on the north rim. We plan to come back to check those out another day but with the heights and the altitude we were done.

Here is a view, with the stairs highlighted, from the top of the falls when we went there. 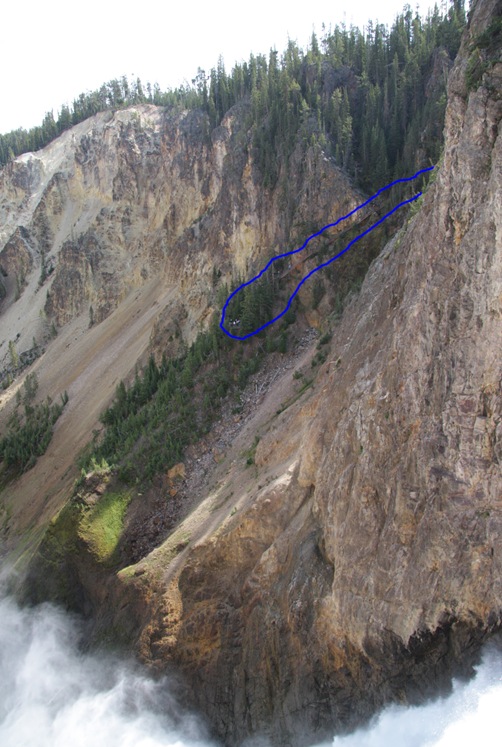