Mount Rushmore was not high up on our list of things to see but since we were in neighbourhood we went to check it out.

There is no entrance fee but you have to pay $11 to park. This place must be a zoo in the summer because there is a huge multilevel parking garage here.

A lot of money has been spent on the facilities here. You enter through large arches and walk down the “Avenue of Flags” to the “Grand View Terrace”, below which is a huge amphitheatre, all of it in marble. 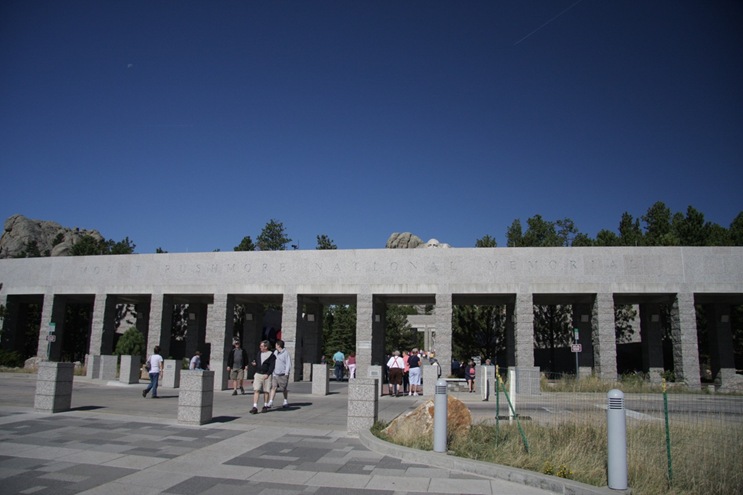 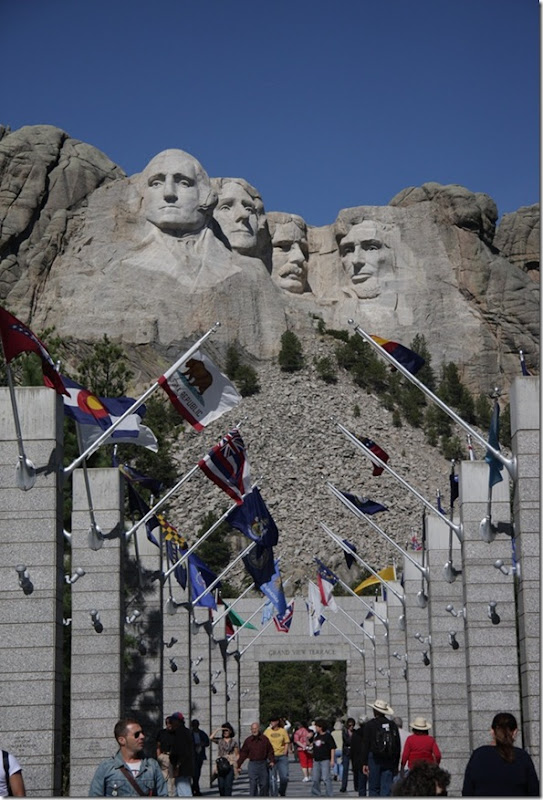 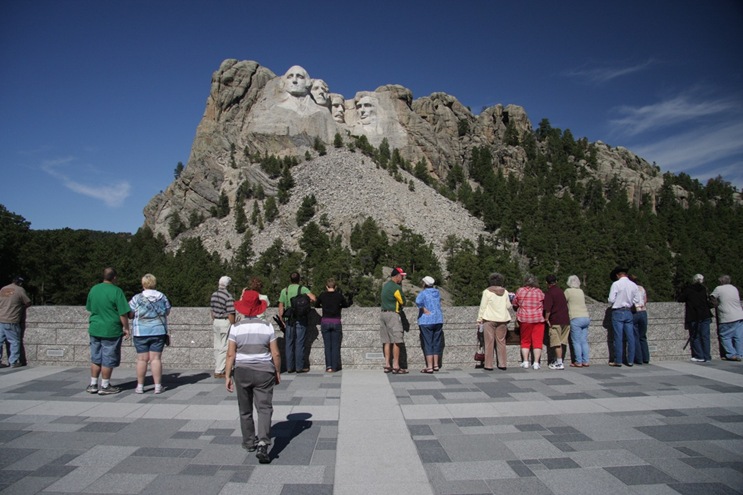 There were the inevitable people posing with their fingers up as though it was up Washington’s nose. 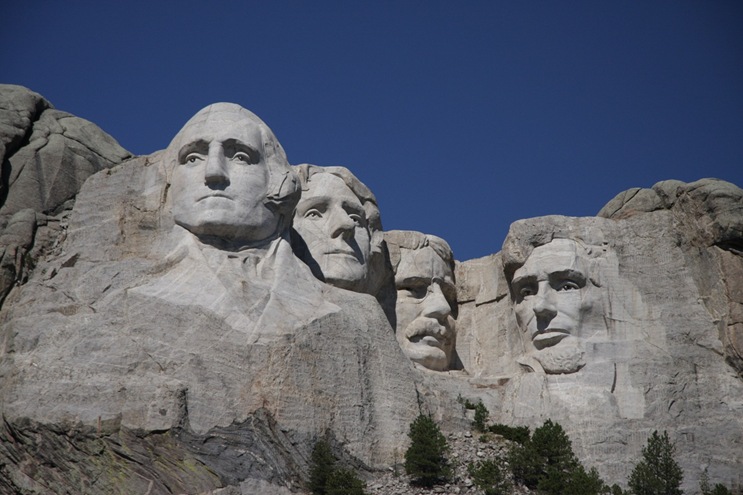 The extreme close up views. 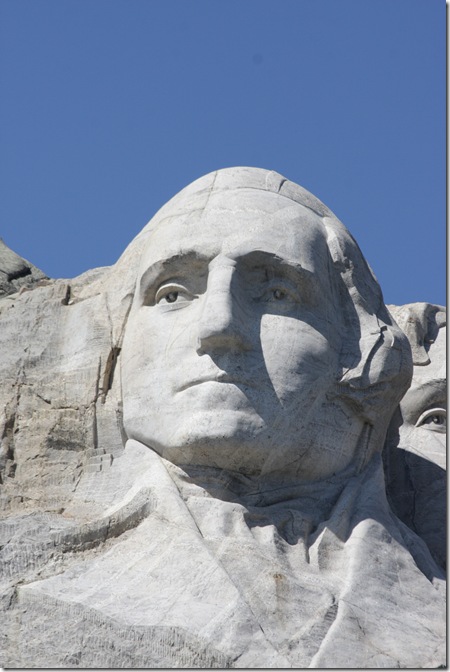 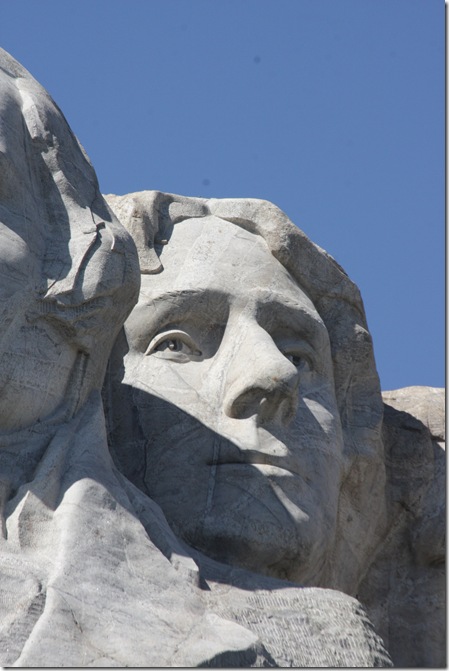 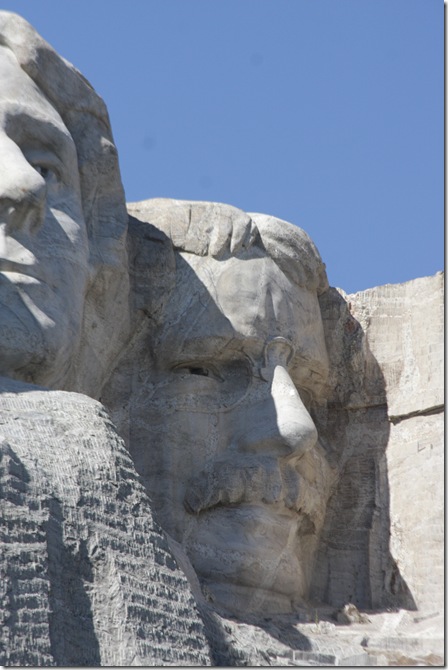 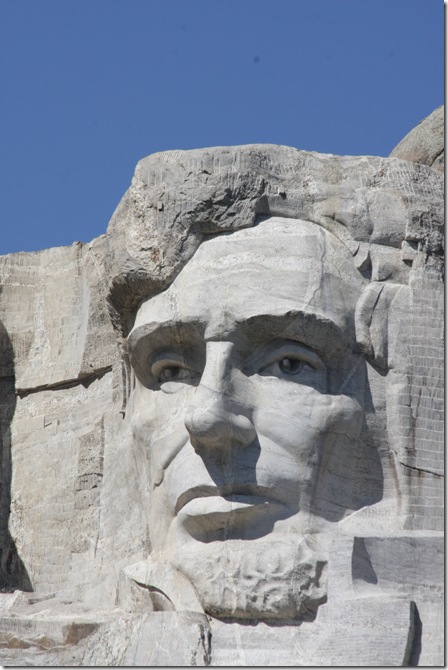 There was a short trail that allowed you to get to the base of the mountain but the view was not much good as the angle was too sharp. 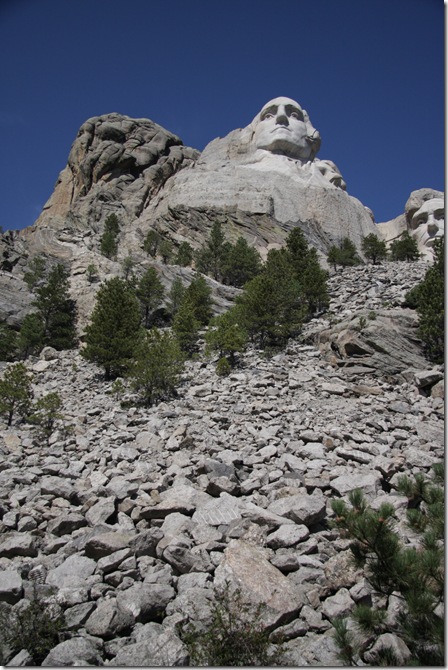 You could also go to the sculptor's shop to see the 1/12th scale model that was used to measure from, to build the monument. 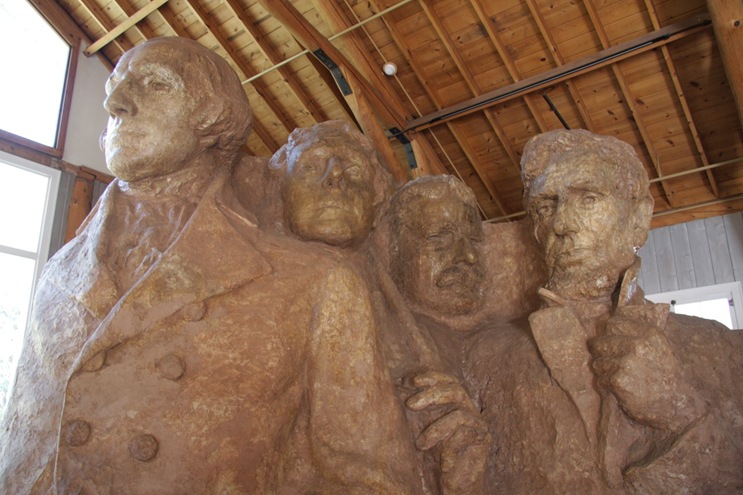 A sign said there was a problem with the rock in the mountain that prevented them from doing more than just the heads. I’m not sure if that is the real story.

We moved on to drive the remaining part of the scenic loop that we missed yesterday, called the Iron Mountain Road. The road is twisty and scenic but not dramatic. There were three very small tunnels to go through. Each is strategically lined up such that they frame Mount Rushmore in the distance. 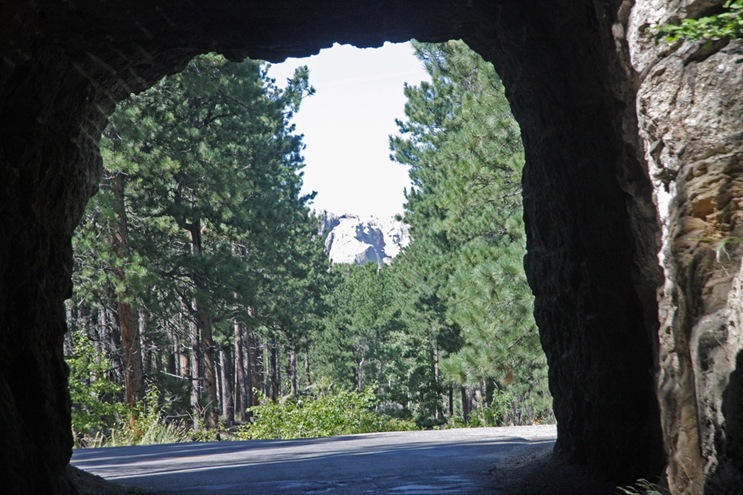 This also looks like one of the few places they actually trimmed the trees to make sure you could see something. A large tour bus followed us up the road. I couldn’t believe that it would fit through but just barely … 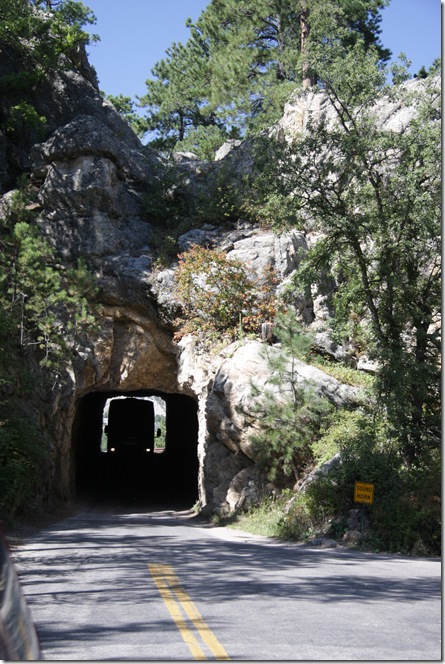 We went back to drive the Needles Highway in the other direction to see if we missed some views and just because it was worth a second look. We didn’t miss much yesterday so no duplicate pictures.

On the way back we passed Sylvan Lake. Yesterday we blew right past it but today we stopped and we were glad we did because it has a little secret that is quite amazing.

Here is the view from the road. We think something was going to have a wedding here. 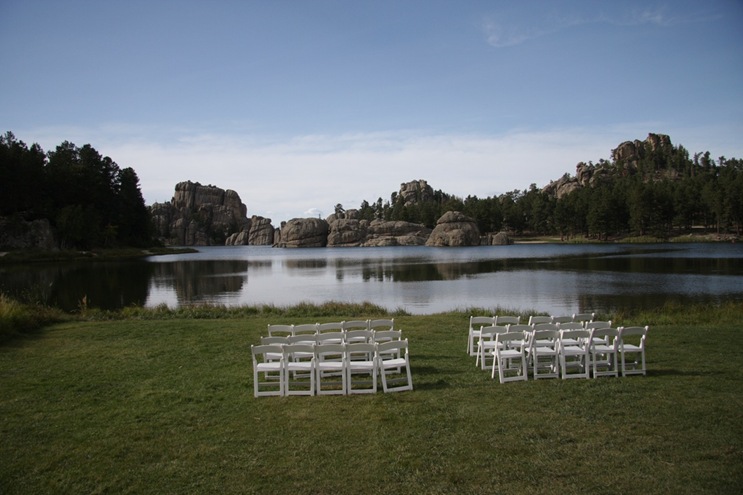 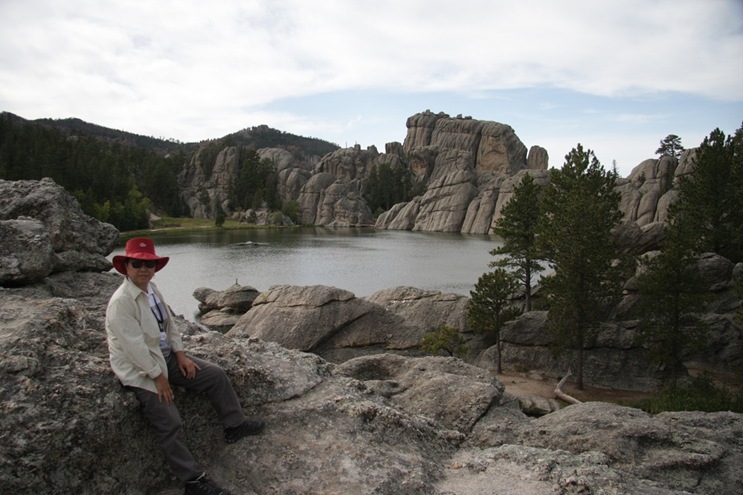 We saw that there was a trail around the lake so off we went. This is the view towards the end of the lake. 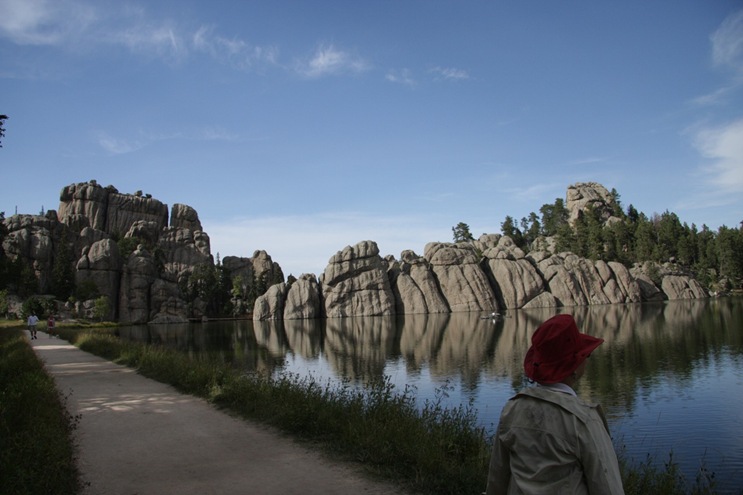 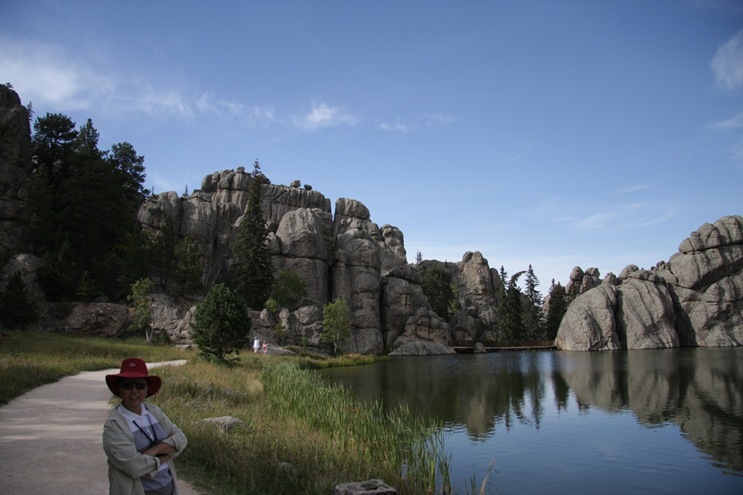 Notice the little walkway in the gap between the rocks. We just thought it was part of the path. 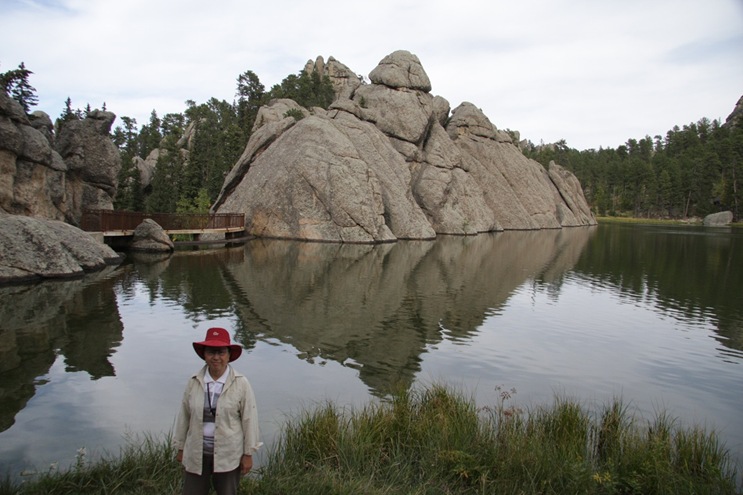 Well, you get close to the end and you see that the path goes through the wall of rock via this crack. 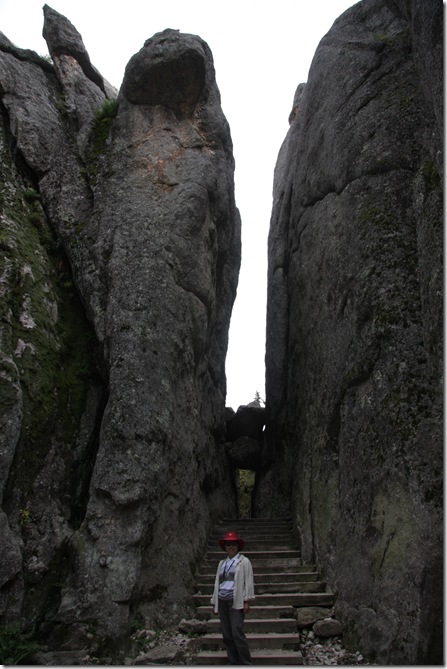 Here is a view of the walkway from the back. 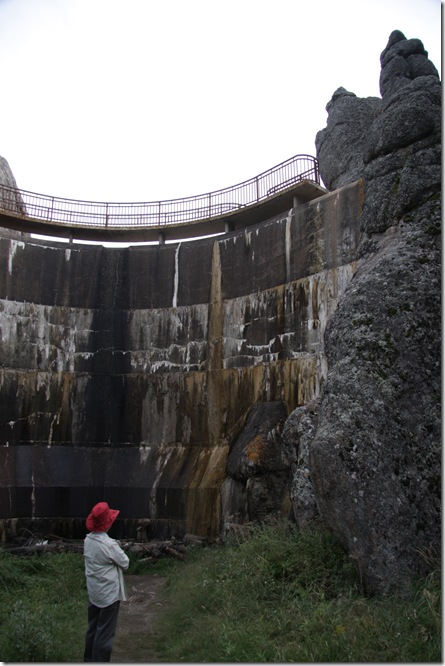 That whole wall of rock is a dam. 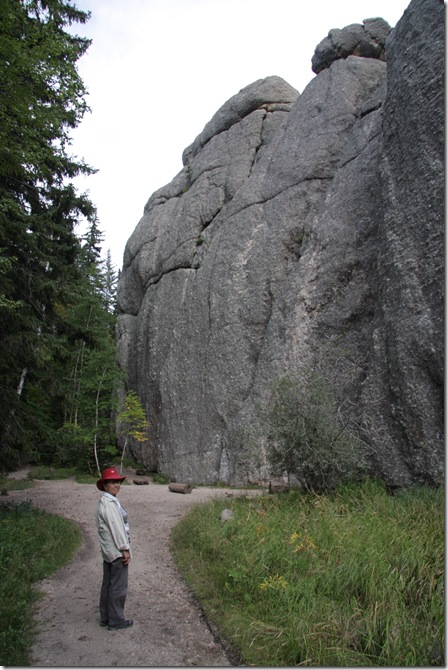 There was a little waterfall in this crack. The light at the top is the level of the water on the other side. 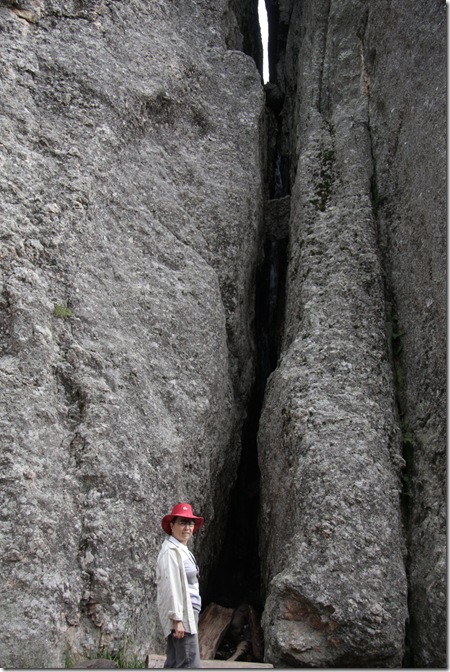 I didn’t read about this in any of the brochures. It sure was a surprise to us.

Jennie thought this looked like a giant snake rising out of the lake. I wanted to climb up in the mouth but it was a bit too high. 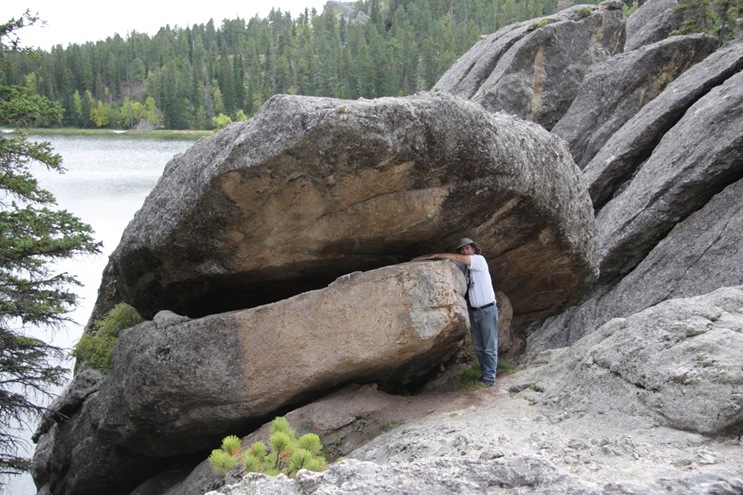 This little guy was ready for a fight and scared the heck out of Jennie as she just saw it on the path out of the corner of her eye. 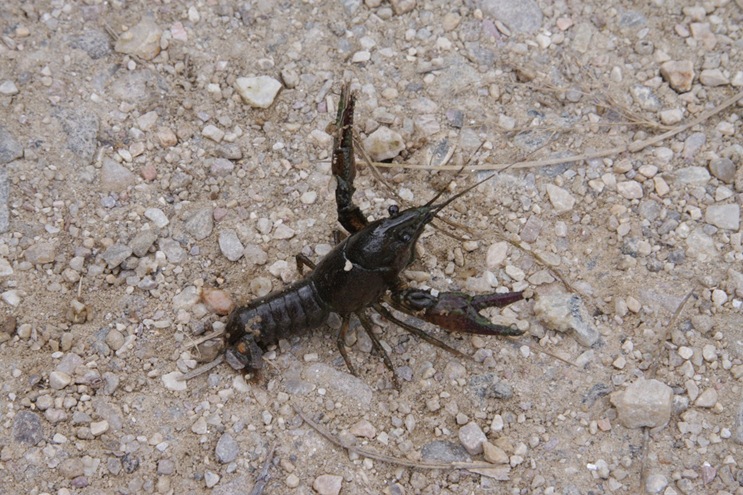