Annie has been into horses for a while and has been to several riding camps in previous summers. When I saw a place giving trail rides we decided to give her a treat. Lynn and Jennie were not at all interested so off we went. The scenery on the trail was nothing to write home about but Annie and I had fun doing a bit of galloping. 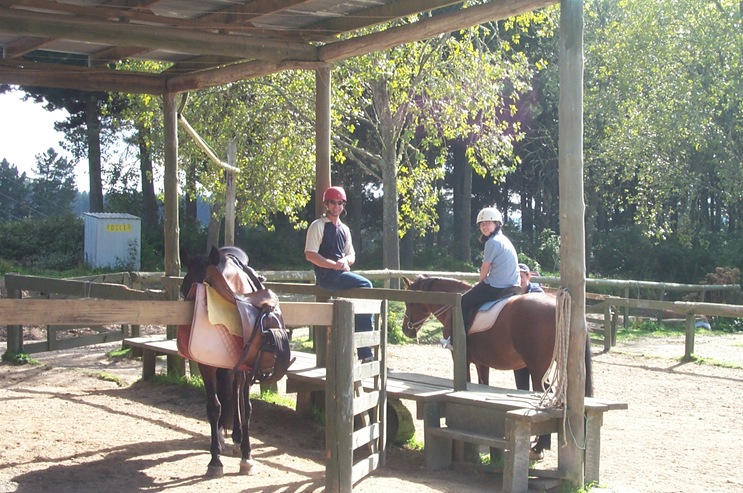 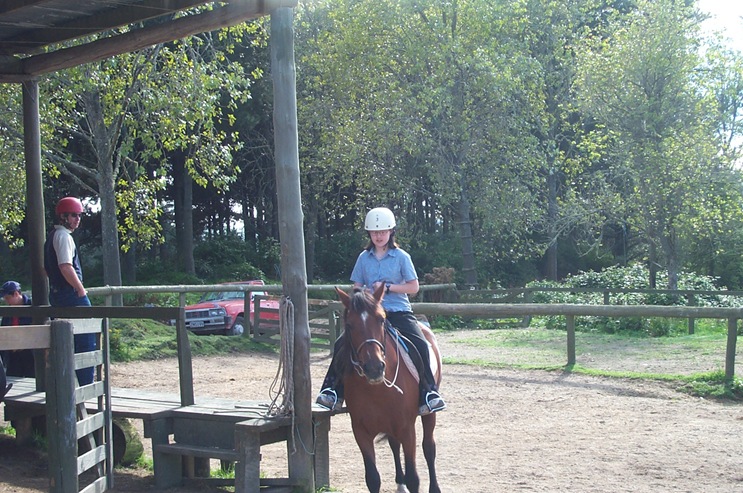 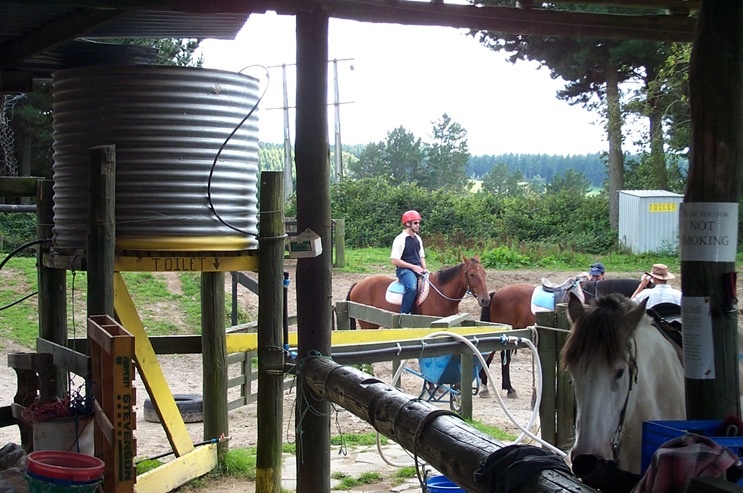 In the afternoon we walked around another of the parks in the area with a lot of volcanic features. 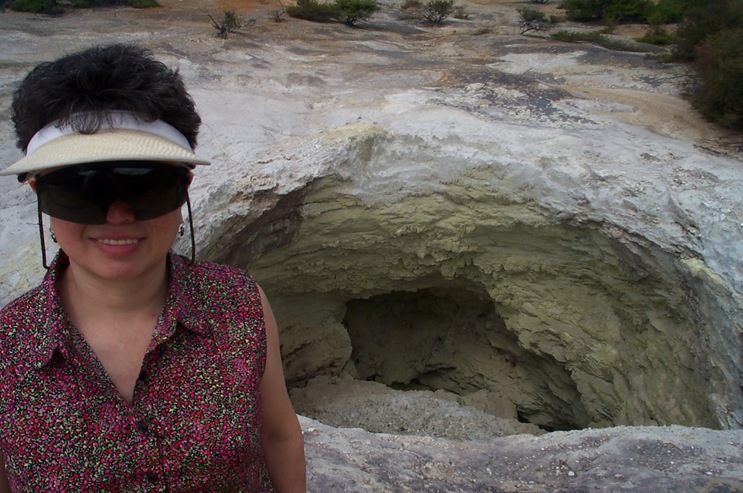 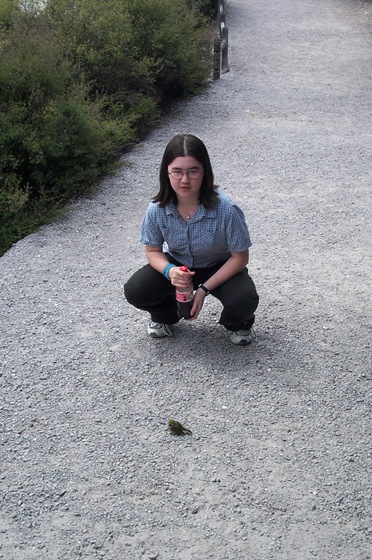 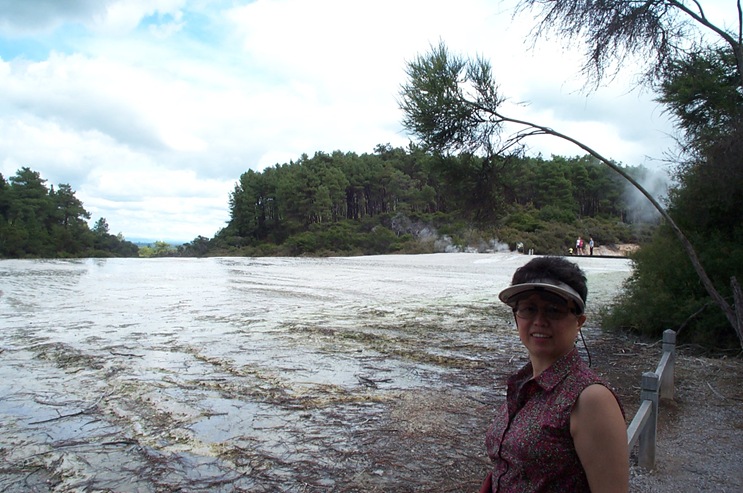 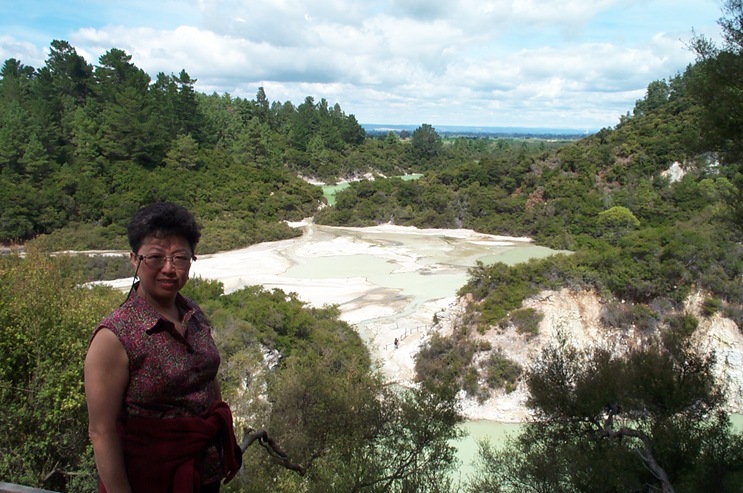 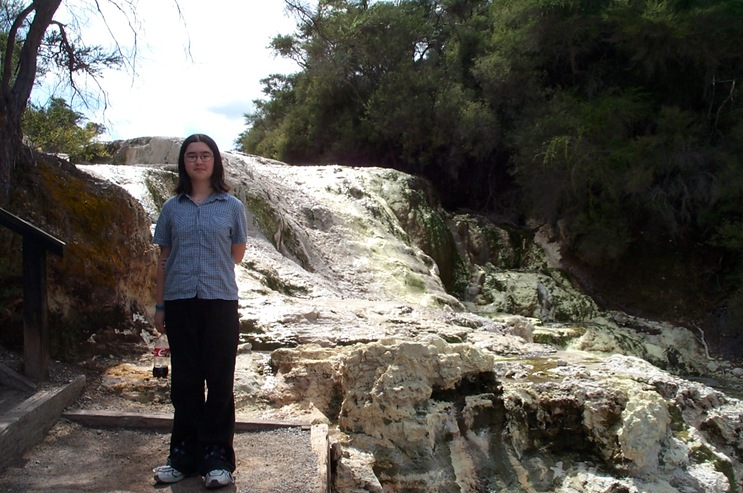 This area had a very string sulfur smell. 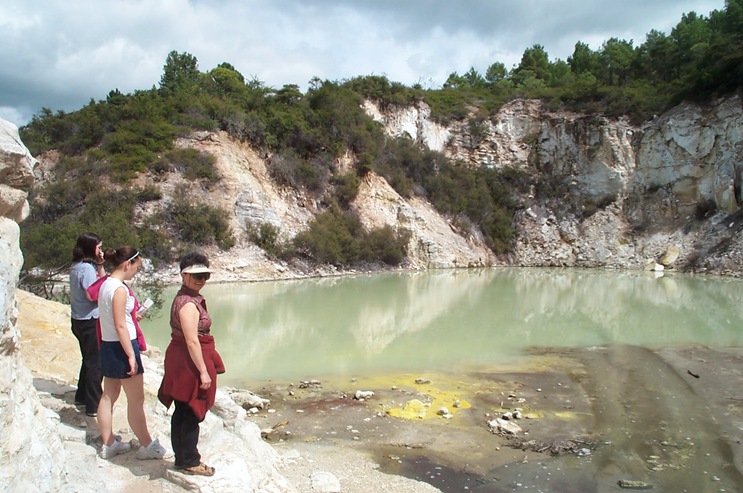 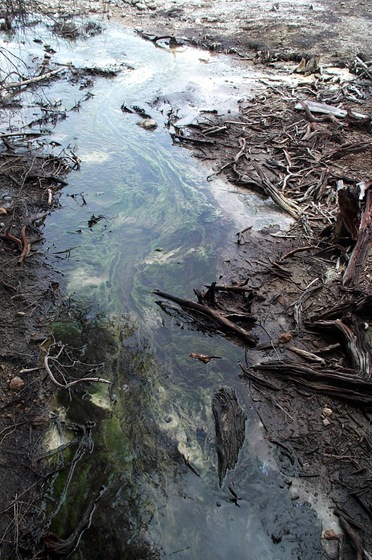 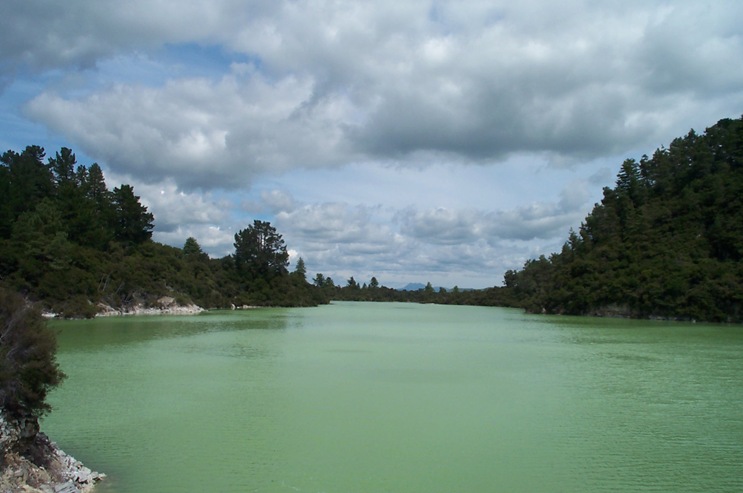 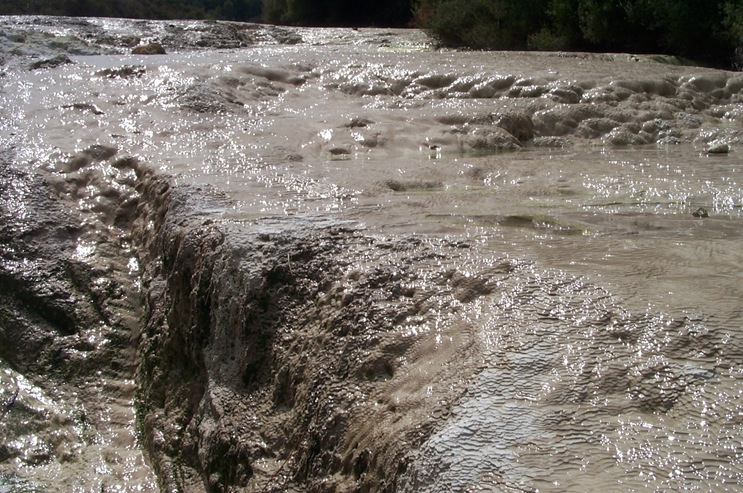 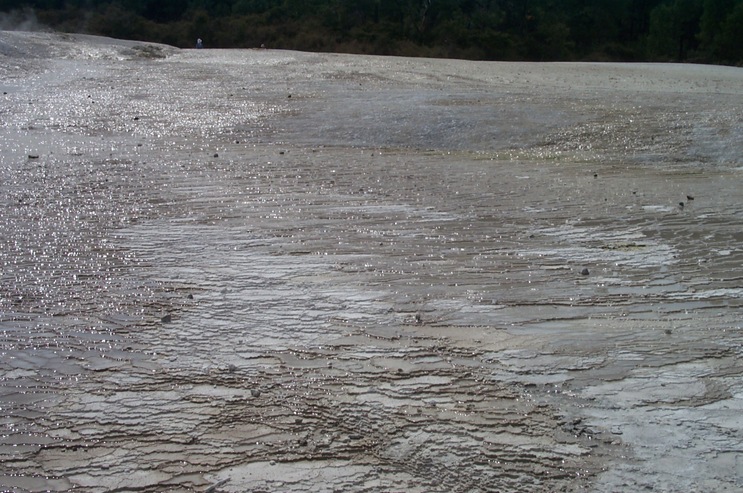 We sat and stared into the beautiful pool for quite a while. 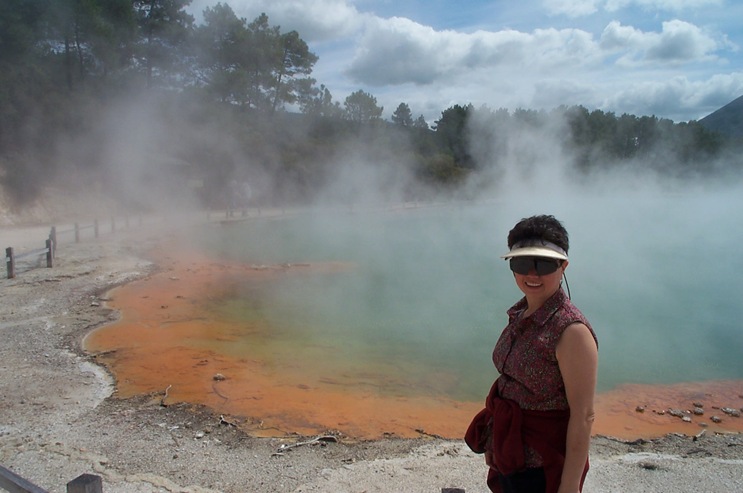 Later in the afternoon we drove to Rotorua and parked the RV at the campground. The guide book and my family had said that this was the place to learn a bit about Maori culture and go to a re-created village for dinner and a show. It felt a bit weird and touristy going but the book said that the company running it was entirely owned and operated by Maori people so I felt a bit better. 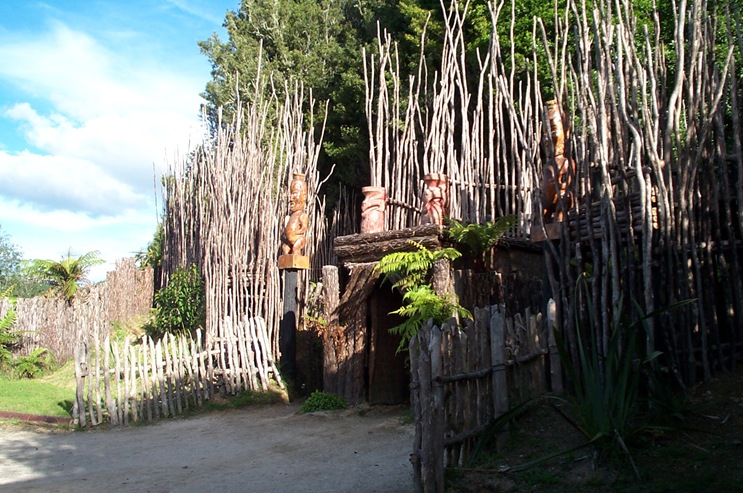 They drive you out to the village in buses that come by the different campgrounds and hotels to pick you up. During the drive out I somehow got elected “chief” of our bus. Once we got there everyone stands around the entrance and the chiefs of the various buses line up for the greeting. Again somehow I ended up in the middle of the line so I was the one that got to be challenged by the village chief. 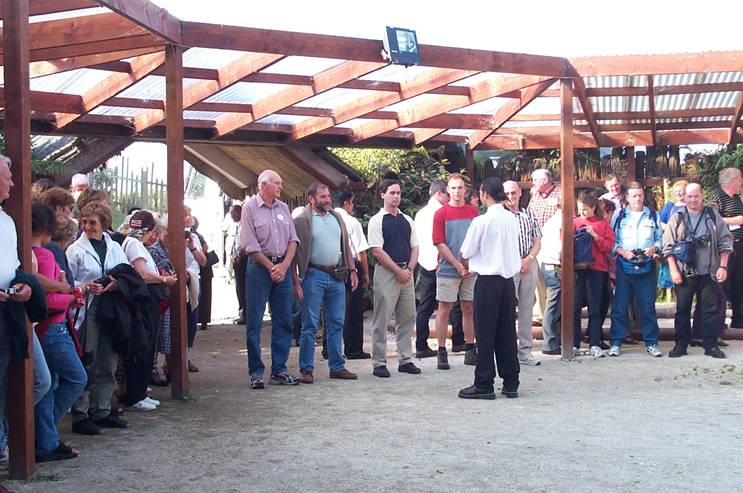 He came roaring out of the entrance waving his spear, yelling and doing the bug-eyed look that the Maori warriors use to frighten their enemies. 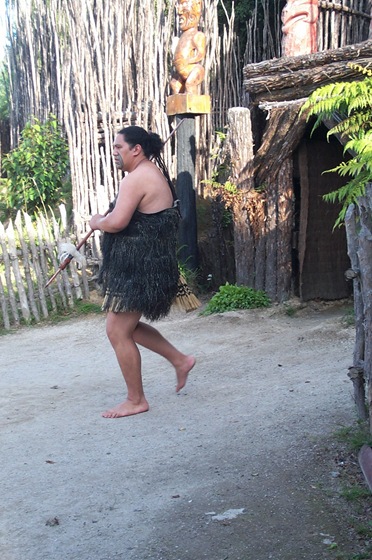 My job was to walk out, never look away and stare him in the face as he tried to intimidate me. I am sure the girls were killing themselves laughing to see me out there. I guess I did my job as the groups was allowed into the village. 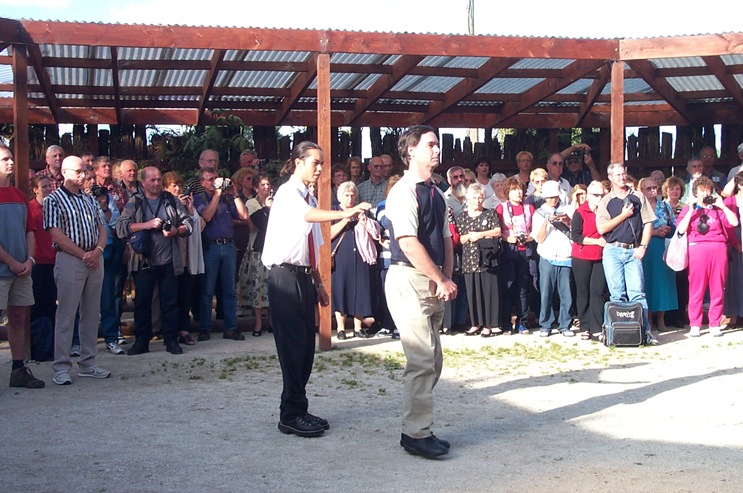 There were various outdoor displays showing what life was like here before the white men came. 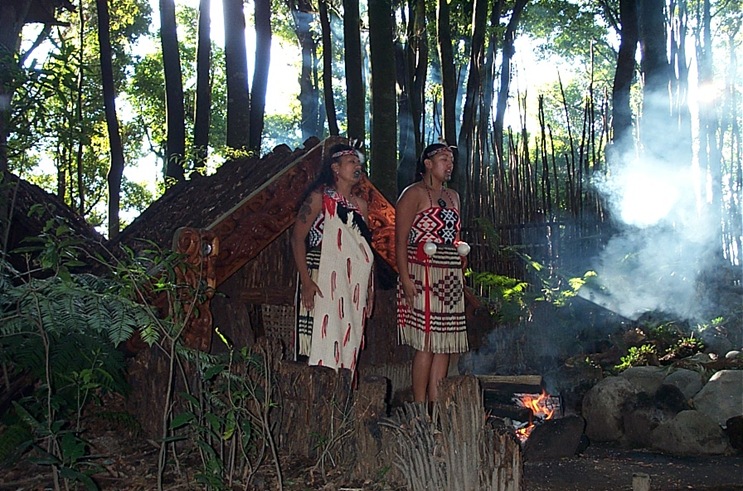 Then we went off to the meeting hall for the show. 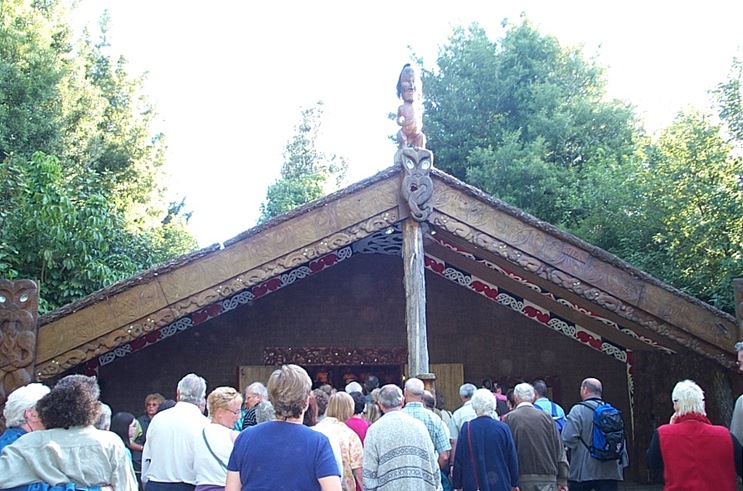 First all the chiefs had to greet the village elders with the traditional rubbing of our noses. I am glad no one had a cold. 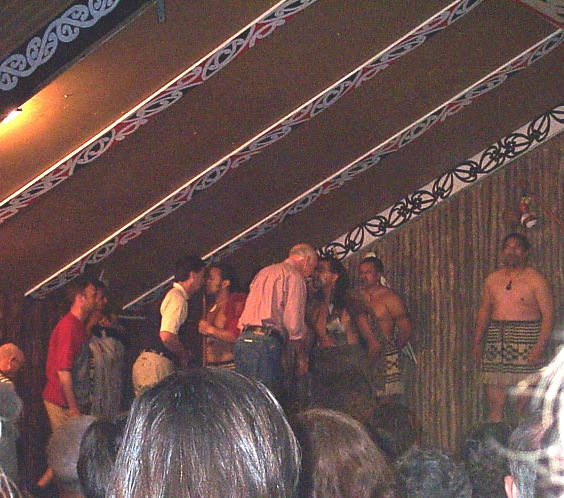 The show was very good with lots of dancing, singing and yelling. 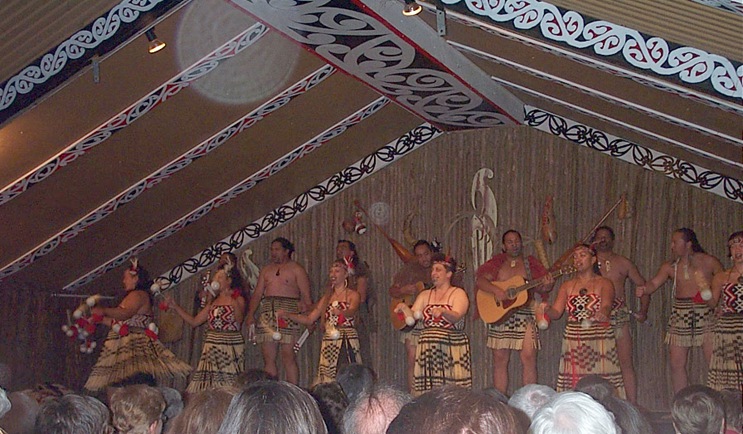 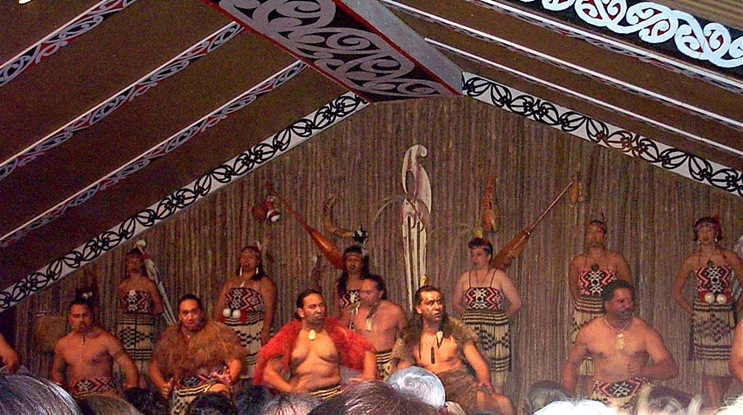 We then had dinner in a big hall. I can’t remember exactly what we had but I do remember it was very good. After dinner all the bus drivers did a performance for us. 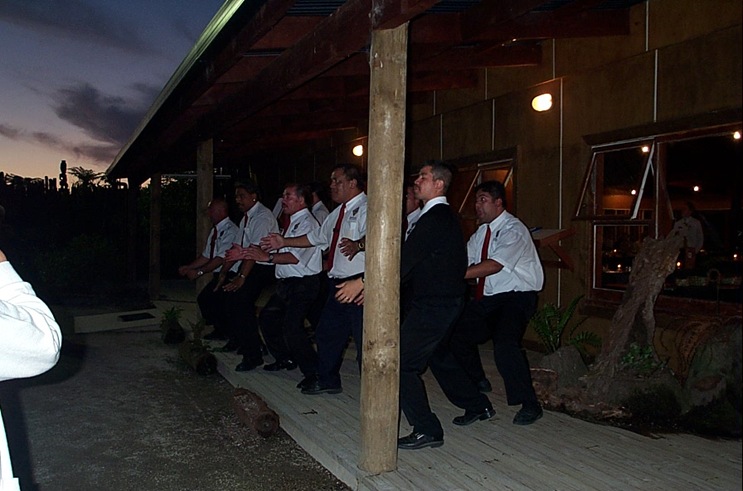 We were that last group to be dropped off so we asked for our picture with the driver. All in all it was a great evening. 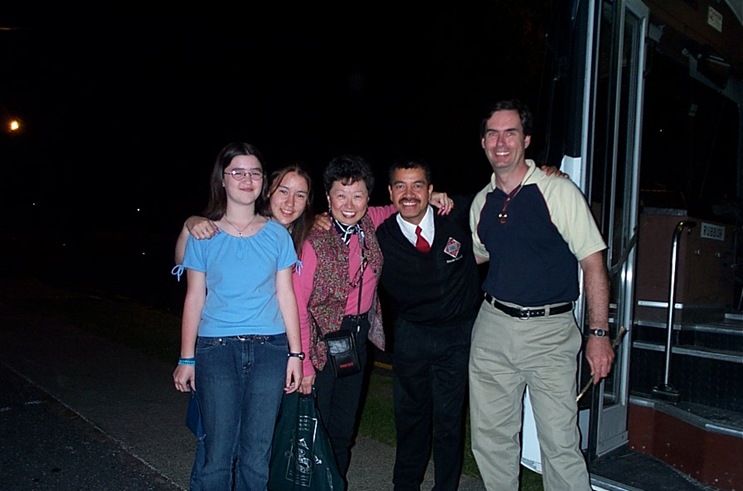