My brother had told me about this amazing thing we must do called Black Water Rafting. You get a wet suit, helmet, head lamp and an inner tube and then you float down an underground river in the dark, in a cave.

Originally I had only booked a spot for myself because I though there was no way Jennie would want to do it. When I explained it to Jennie she surprised me by saying she wanted to go even though she would be scared to death. She said you only live once and you can’t let fear deter you. Good for her! The kids were too young to go and there was no way they wanted to anyway. 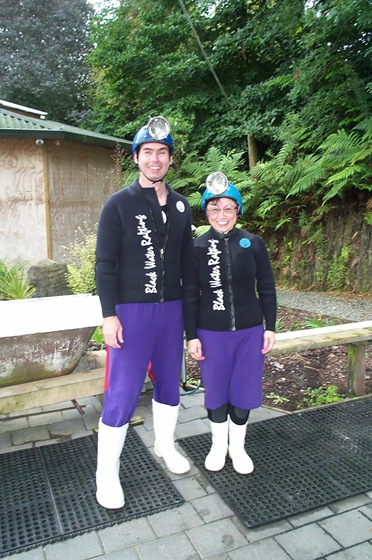 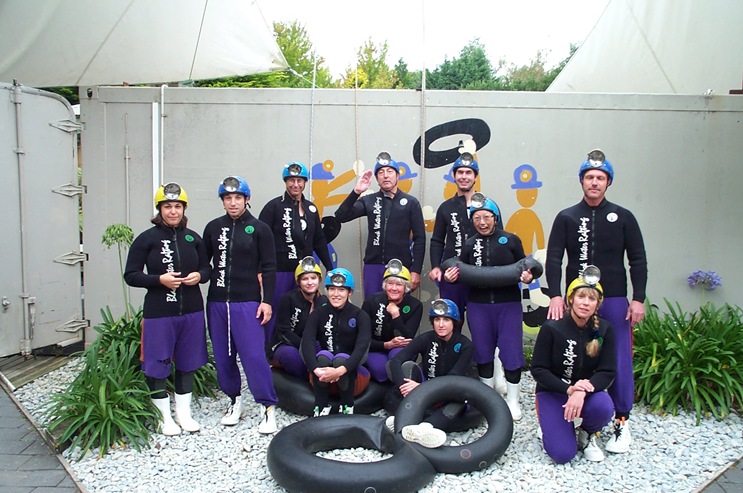 Once we we all suited up the guides took us down to an above ground river for some practice. At one point underground you have to jump off a small waterfall. We had to practice by holding the tube around our bum and jumping backwards about 3 feet into the water off of a dock. When it was Jennie’s turn she couldn't get herself to do it. She told the guide to give her a push and this being New Zealand, he did and off she went screaming all the way. 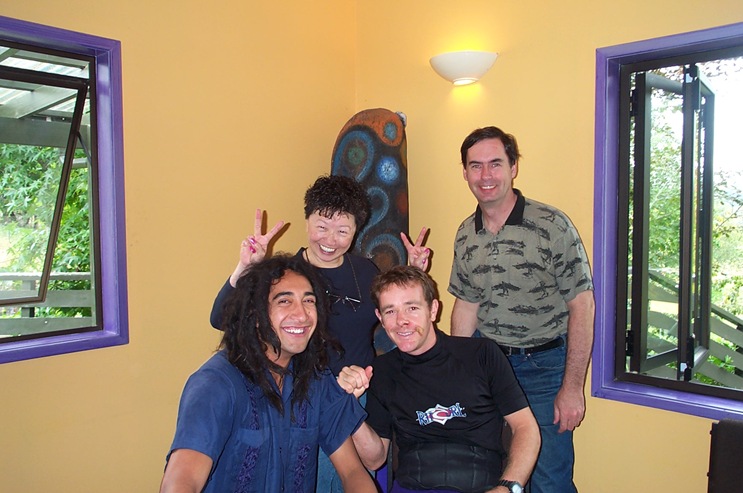 Since I couldn’t take my camera on the tour these pictures are from the company website but they pretty much exactly show what it as like. 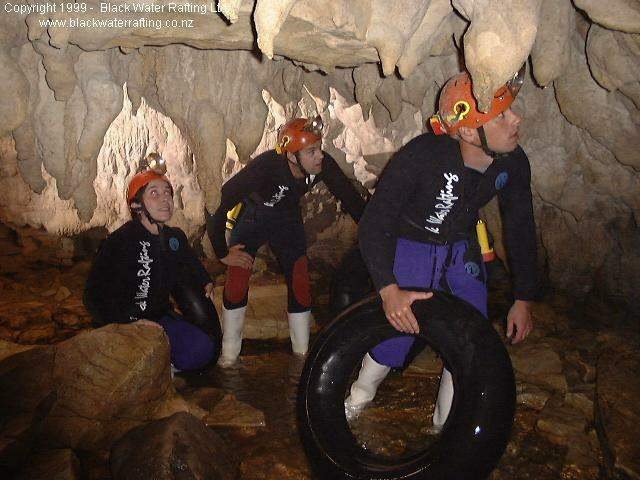 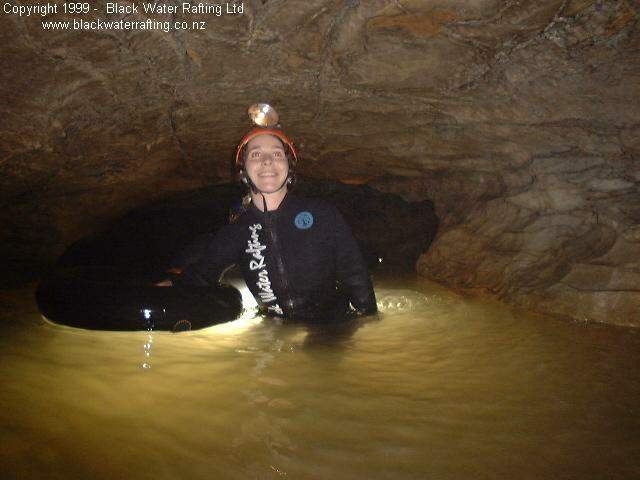 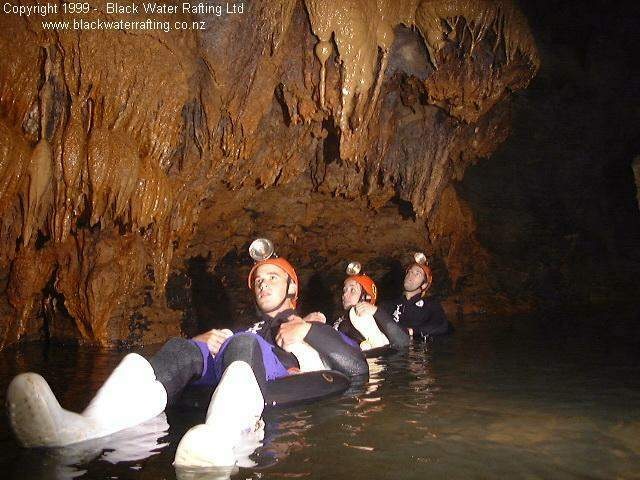 This is the waterfall you had to jump off. Most people went forwards but I and a few others went backwards. Jennie did have to be pushed. 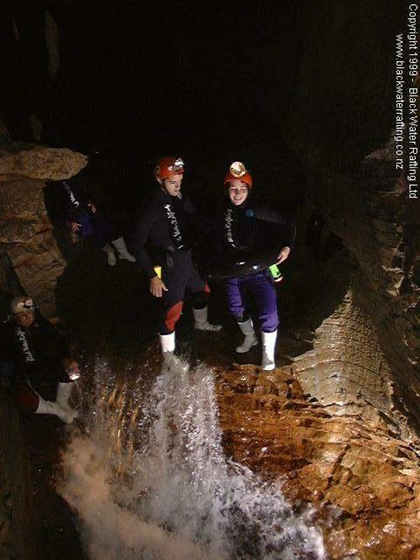 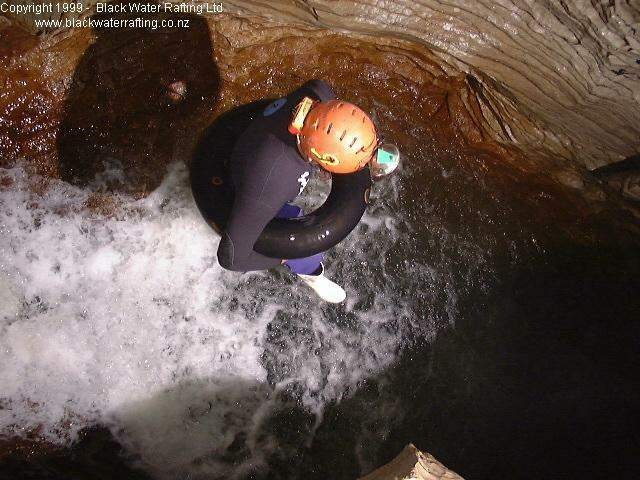 We were never in a raft but I wanted to show what the glowworms looked like. There were not as many when we were there but it was still very cool.. 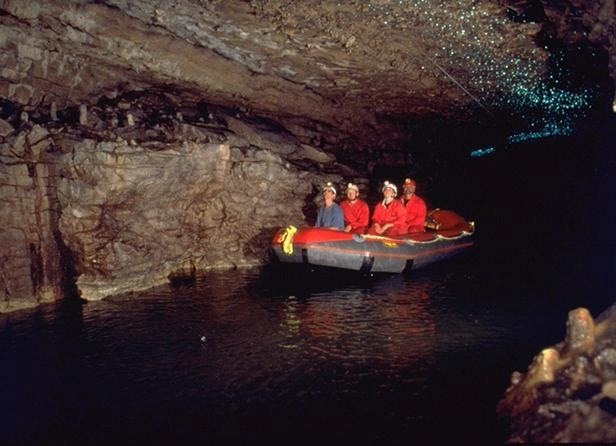 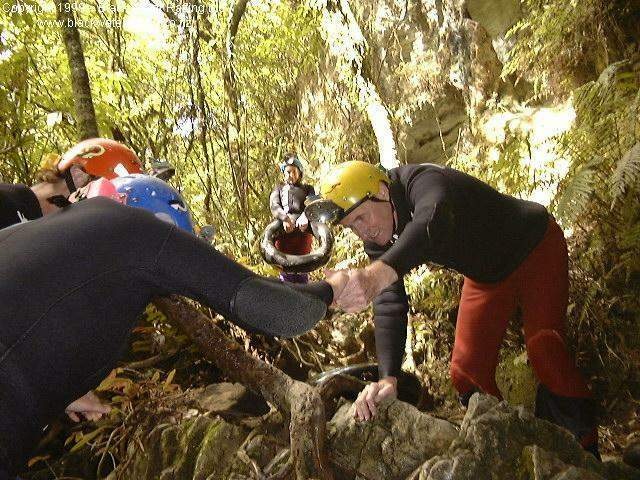 In the afternoon we went to the large glow  cave. No pictures were allowed because it would disturb the worms but I got these from their website. Everybody piles into boats and they silently pull you through a cave with two huge rooms where the roof is just covered in the glow worms. It was kind of magical. 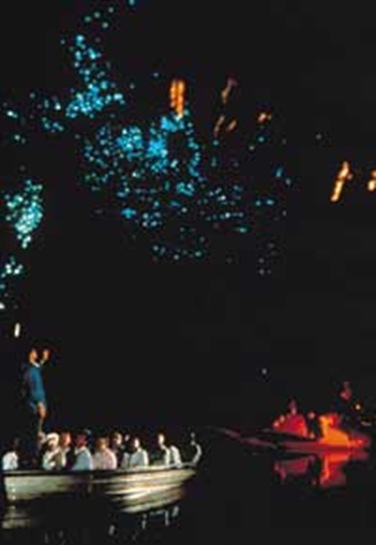 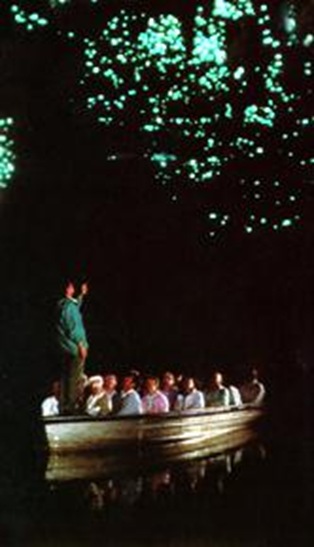